The cauldron, which was lit on Friday to flag off the Tokyo Olympics, was created on the philosophy of “All gather under the Sun, all are equal, and all receive energy”. Showcased as the centerpiece of the Olympic Opening Ceremony, the ‘kinetic’ cauldron started by first assuming a spherical shape, blooming open to reveal the fire-pit within. The fire was fueled by hydrogen energy too, keeping in line with Japan’s commitment to an eco-friendly Olympics. 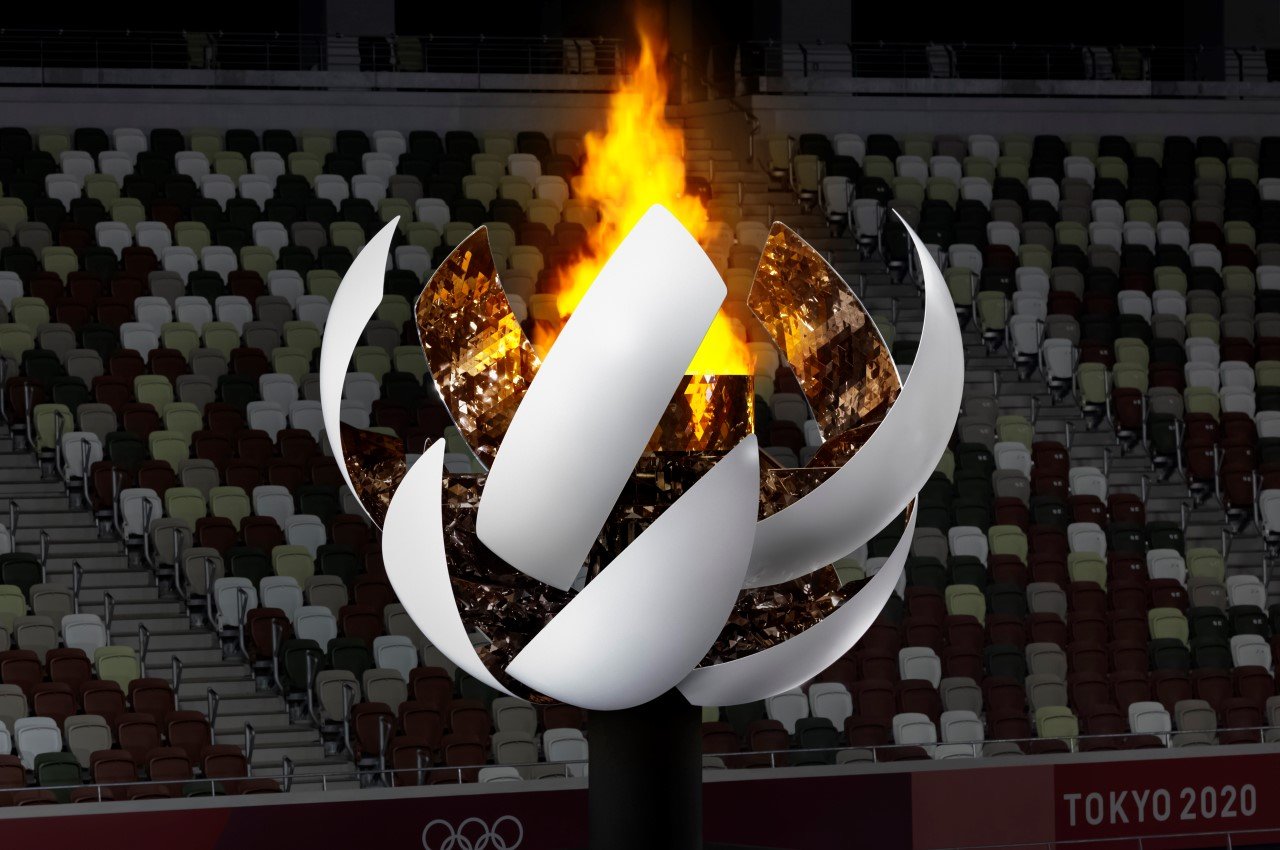 The cauldron is the handiwork of Japan-based design studio Nendo, based on an underlying concept by Mansai Nomura, the Chief Executive Creative Director of the planning team for the Opening and Closing Ceremonies at the Tokyo 2020 Olympics and Paralympics. The design was arrived at after 85 different iterations, including trapping flames in a heat-resistant glass orb to even a concept with a spinning inferno, designed to look like a spherical sun. The final design uses ten aluminum panels with reflective interiors that open upward and outward, “blooming” to welcome the final torchbearer. “This expresses not only the Sun itself, but also the energy and vitality that can be obtained from it, such as plants sprouting, flowers blooming, and hands opening wide toward the sky”, says Nendo founder Oki Sato. 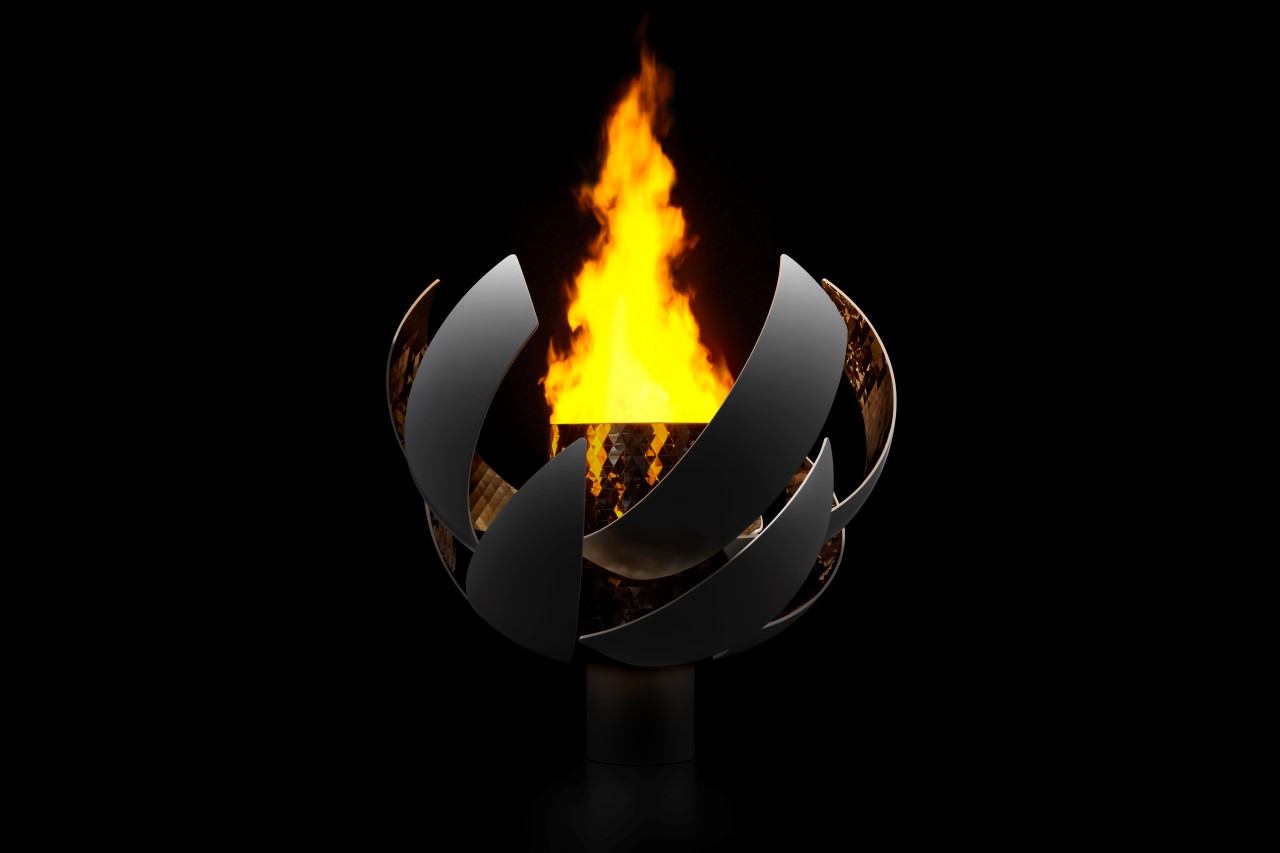 A distinct feature of the cauldron was its use of Hydrogen fuel, a zero-emissions source of energy. The hydrogen was produced at a facility in Fukushima Prefecture, which is currently undergoing recovery from the Great East Japan Earthquake that occurred in 2011. Given that Hydrogen burns with a colorless and transparent flame, sodium carbonate was added to it, to give it the unmistakable yellow hue associated with the sun. The sodium carbonate was sprayed into the fire at varying angles, creating that shimmering effect of firewood being stoked. 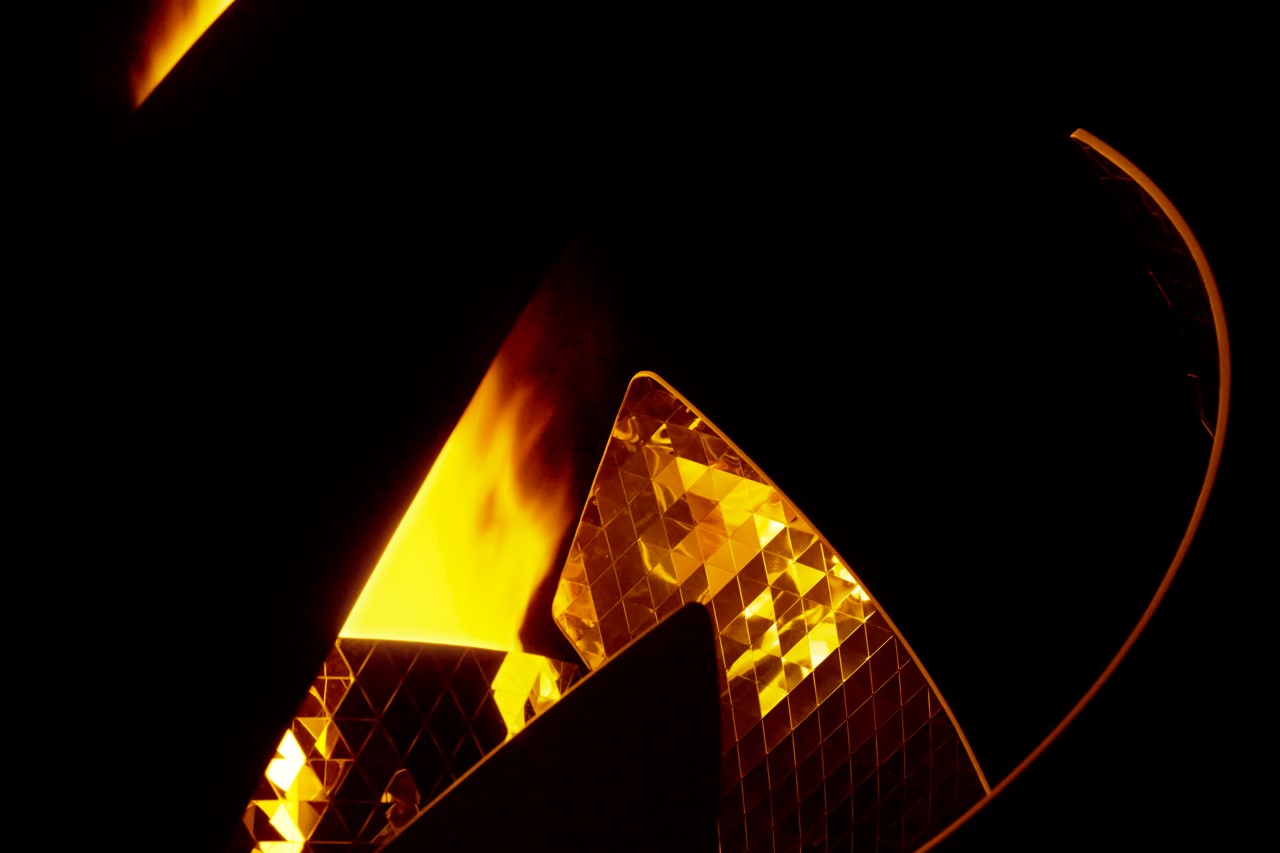 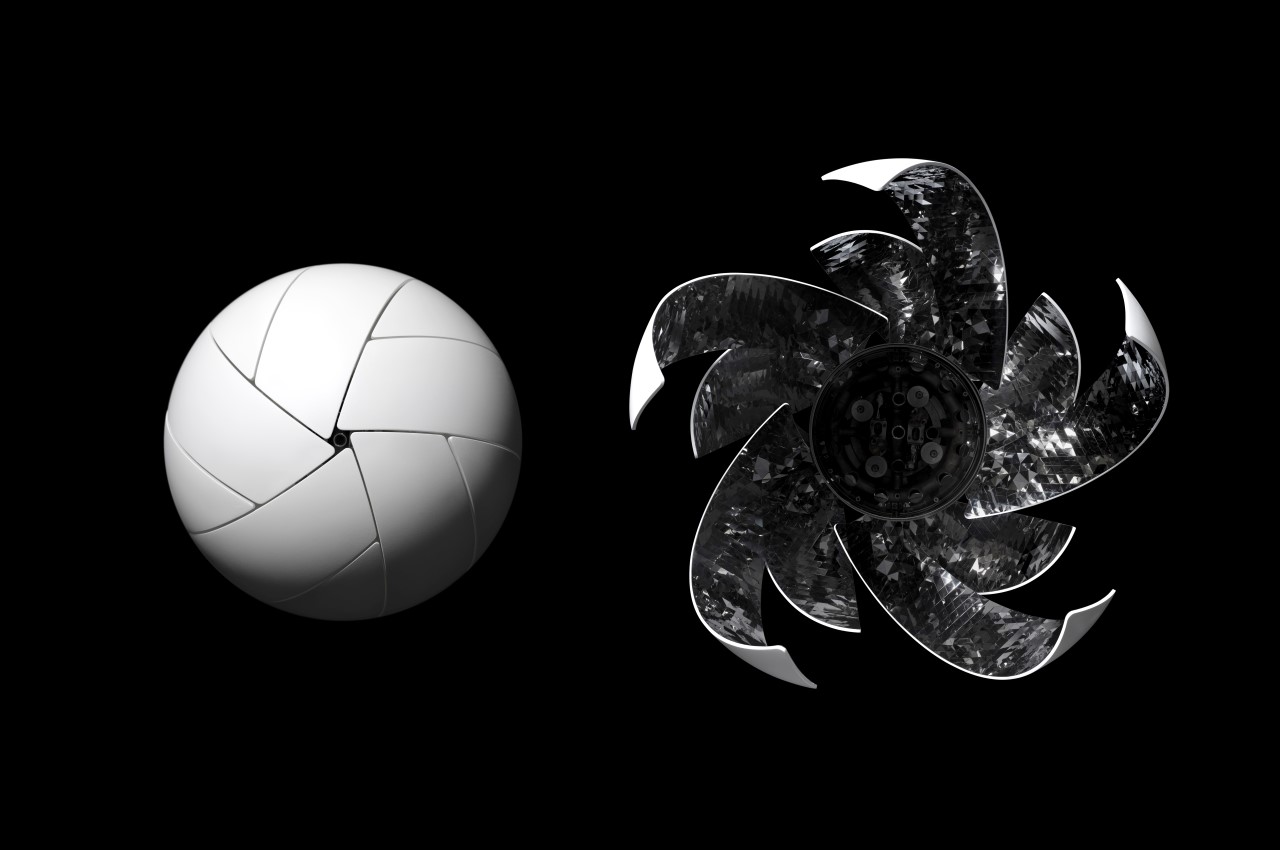 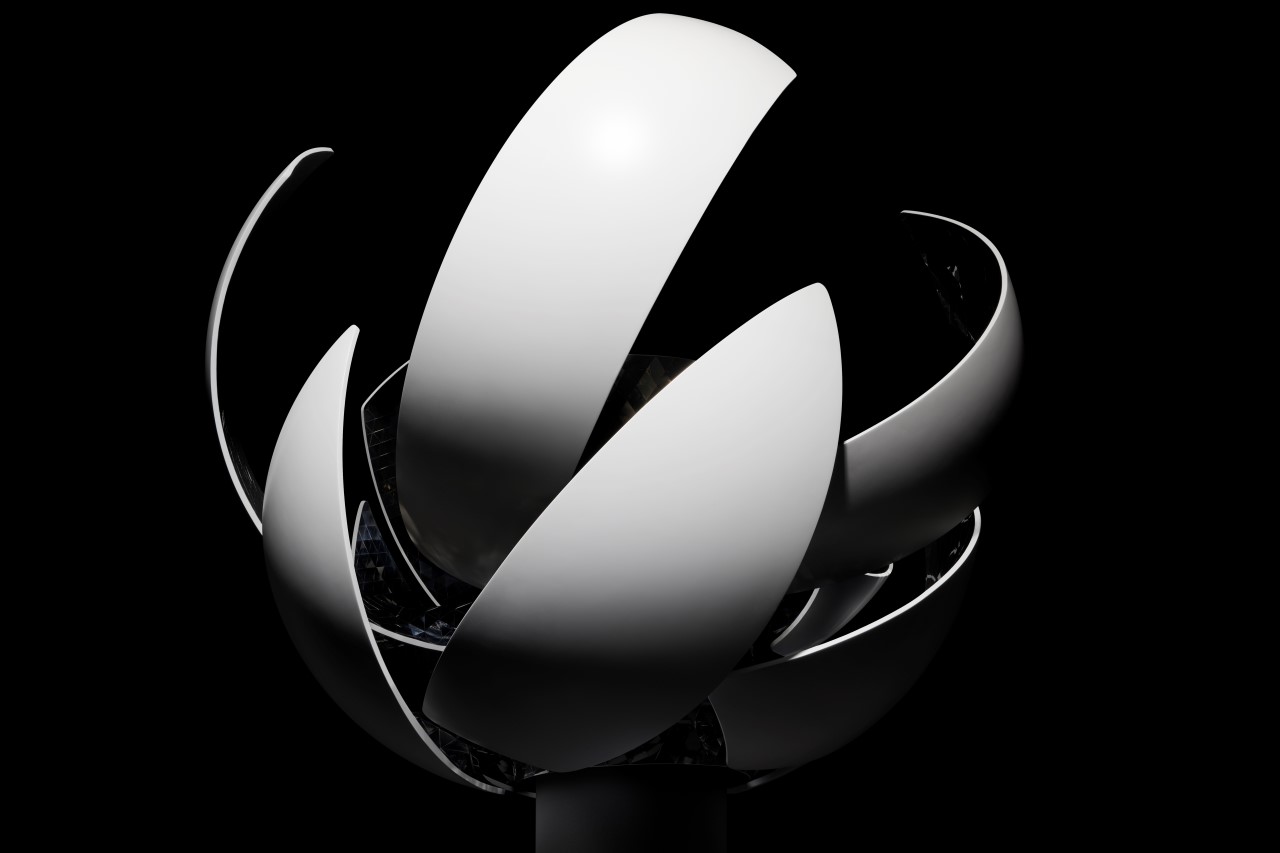 The overall cauldron measures 3.5 meters (11.4 feet) in diameter when open, and weighs 2.7 tonnes. Each of the 10 aluminum panels weighs a stunning 40 kilograms, and was meticulously cut from a 10 mm thick aluminum plate and molded using a special hot-press machine to eliminate any warping due to heat. The internal drive unit was designed to be as compact as possible, while also being highly waterproof, fireproof, and heat resistant. Mirrors on the inside of the aluminum panels helped ‘multiply’ the effect of the fire by creating shimmering reflections, and the entire installation was repeatedly tested for heat and wind resistance to prevent any error even under highly varying conditions.

At the finale of the opening ceremony on Friday the 23rd, the cauldron was revealed within the Kengo Kuma-designed Tokyo National Stadium, and was lit with the ceremonial fire by Japanese tennis player Naomi Osaka. 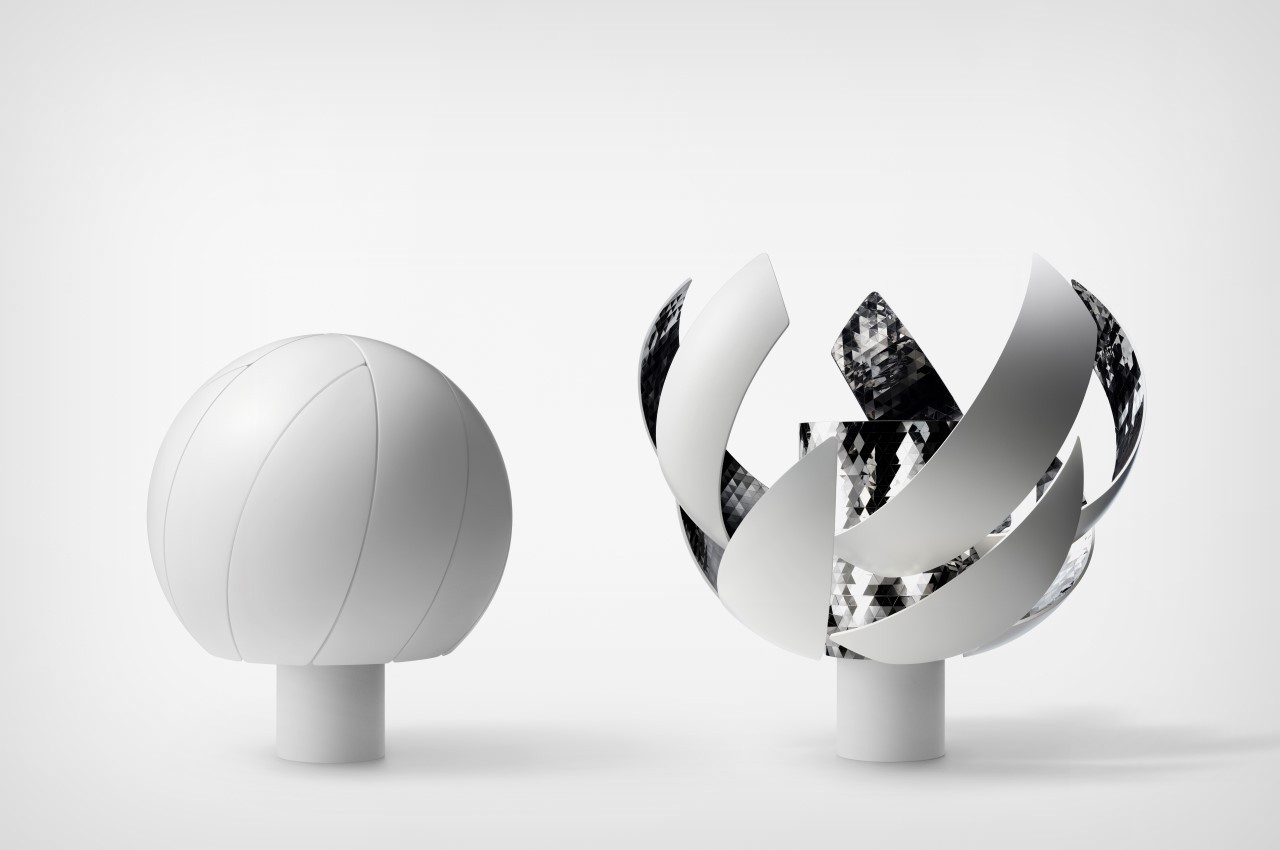 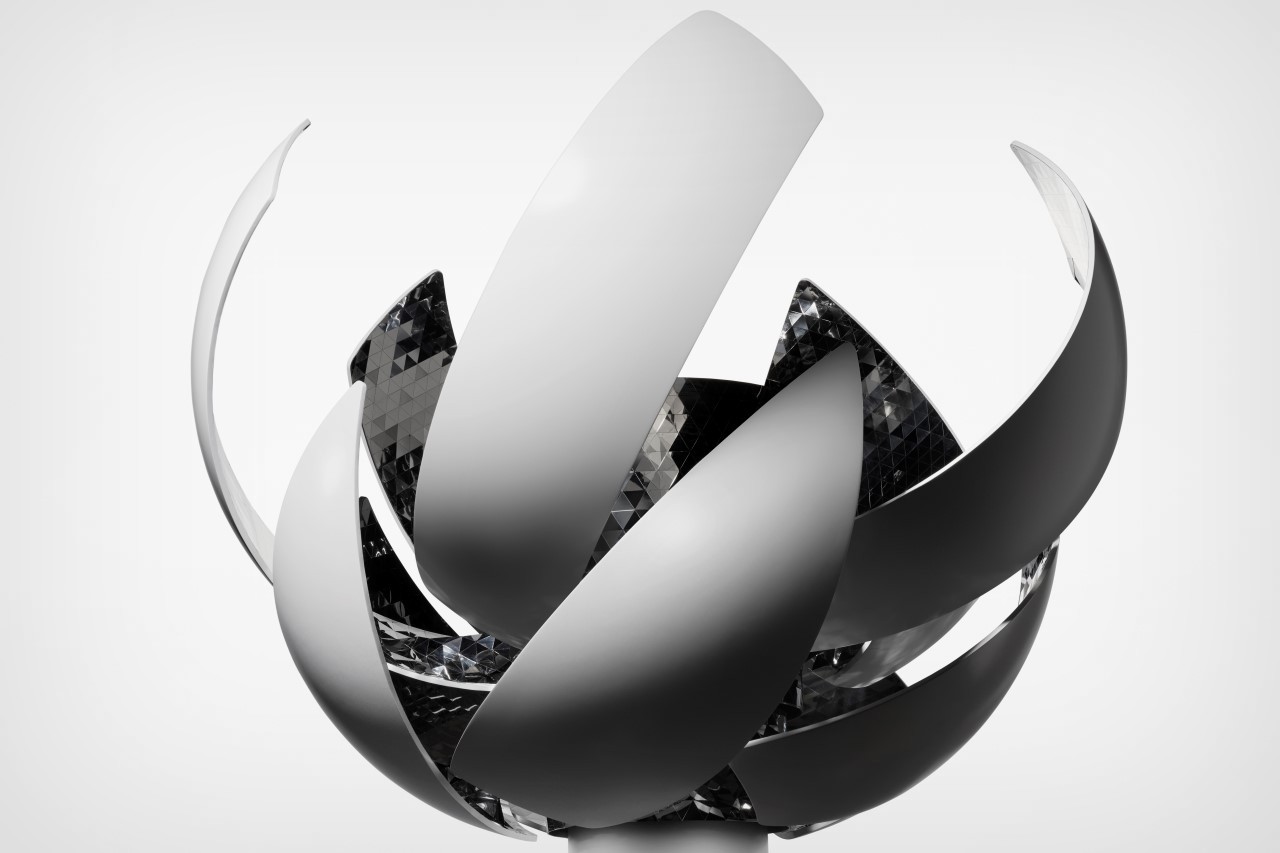 The Sinus headphones bring on the split personalities. The dished ear cup is a control dial, which transforms the headphones into a set of speakers….

This family of lights works in tandem to set the mood for your home!

When it comes to sustainable building design, why stop at the structural level? Lighting is also a hugely important element of green standards and the…