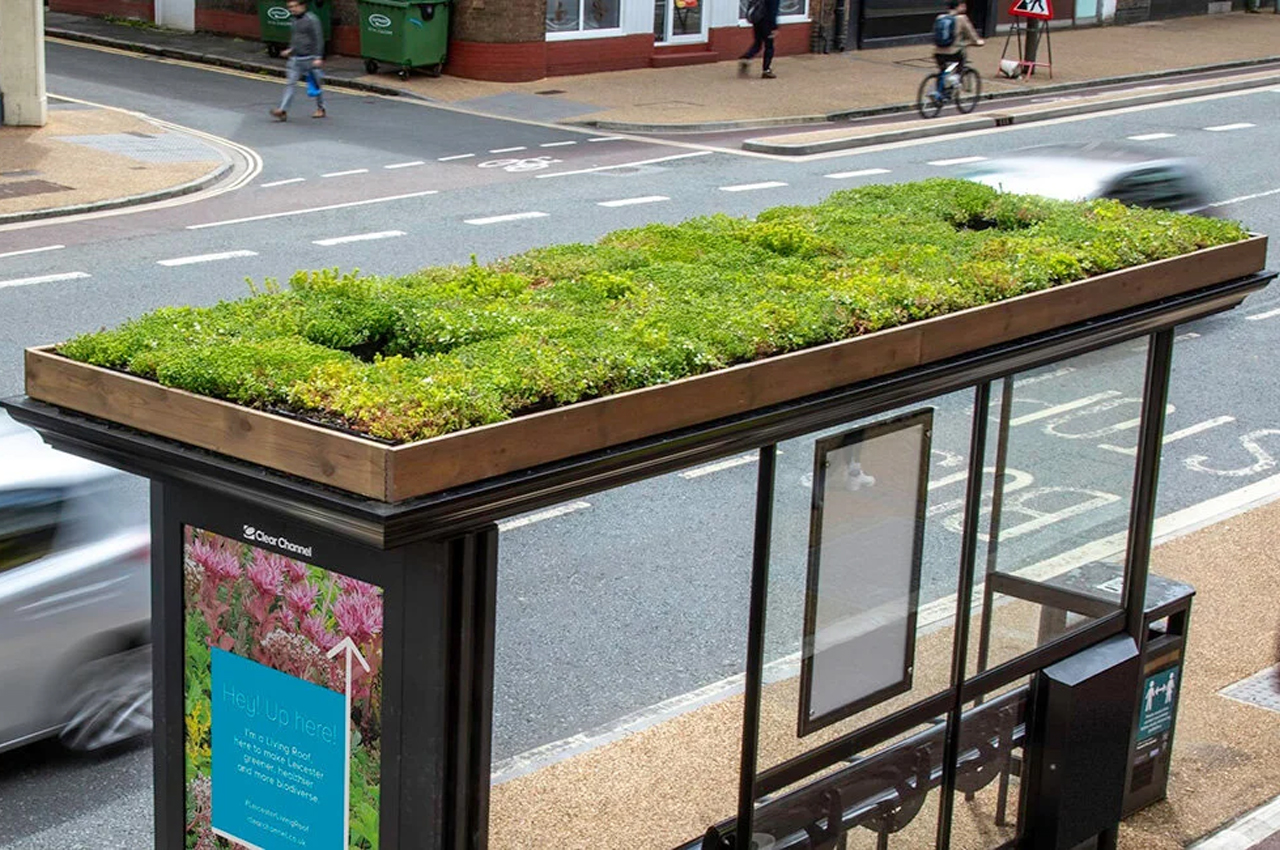 Everything from honey bee colonies to honey production is on the decline. Even walking down the street, the bees crawling on the sidewalks seem to look weaker and weaker as the days get hotter and pollution only increases. Air pollution, drought, pesticides, and global warming all contribute to the overall decline in bee populations across the world. Doing something about it, city officials of Leicester, United Kingdom have installed green roofs on top of their bus stops called Living Roofs or Bee Bus Stops to attract pollinators like bees and to make the city a little greener.

The bee roofs will cover thirty bus stops around the city of Leicester with a mix of wildflowers and sedum plants, luring in pollinators like butterflies and honey bees. Conceived as a mode of climate resilience, the Bee Bus Stops will help bring in more biodiversity into an otherwise declining cityscape and absorb rainwater that falls on the roof to produce a natural, blooming garden atop each roof. In cities across the globe, concrete can get monotonous. Integrating natural gardens into the city fabric will help break up that monotony with some greenery, birds, and insects. Introducing Bee Bus Stops to the city of Leicester will also help mitigate the effects of urban heat islands by absorbing some of the heat during the summer months, collecting air pollutants in the process.

Built on a ten-year contract with Leicester’s city council and Clear Channel UK, the Bee Bus Stops will feature solar panels once the city has the means to attach them to every bus stop for green energy and smart lighting. Leicester’s deputy city mayor councilor Adam Clarke leads the city’s environment and transportation initiatives. On the city’s future goals of reaching carbon neutrality by 2030, Clarke explains the potential of the Living Roofs to bring them there,

“The new, modern shelters will be great for passengers and the mix of solar power and living roofs is another step forward for our ambition to be a carbon-neutral and climate-adapted city by 2030. The new shelters will also be a perfect complement to our work to deliver a new, carbon-neutral bus station at St. Margaret’s.” 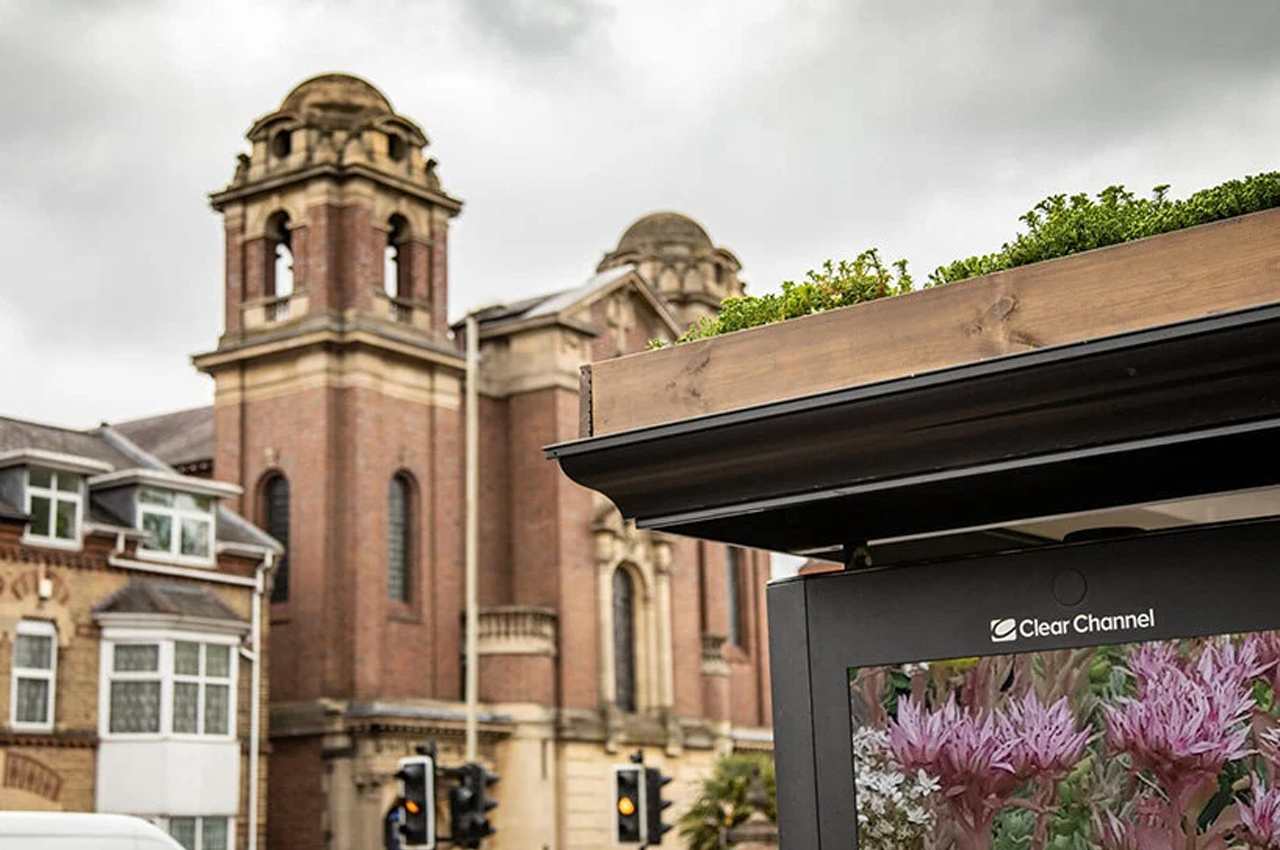 Thirty bus stops across the city of Leicester have tacked on wooden boxes to their roofs, attracting pollinators like butterflies and honey bees. 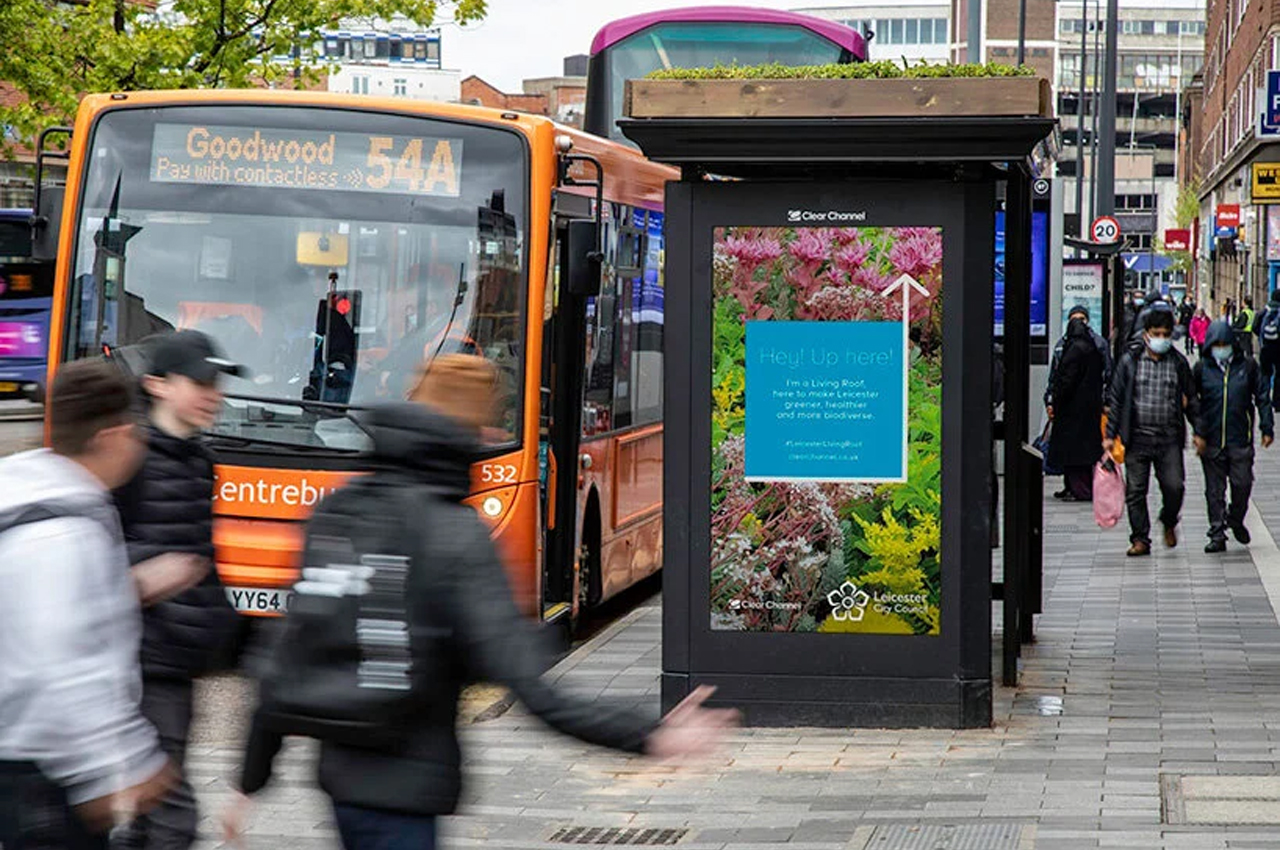 Leicester’s Living Roofs mark the beginning of the city’s green initiative to become carbon-neutral by 2030.

I think Mina Song’s idea for an inflatable plate called the “Air Dish” is quite a sound one. You’re on a picnic and you care…

Charlie Hammond spent years working in London’s start-up culture, which led him to feel perpetually exhausted and stressed. He knew he needed to get away…

Perfect for your paper route!

Here’s a DIY crafts project that’s worthy of being on a design blog. The Paper Push is a scooter made out of easily procurable materials,…

Please give yourselves a pat on the back. I know the deadline was tight but you guys managed to pull thru and put together some…