Over the years, the smartphone camera has become one of the most advanced and pop photography and videography tools on the planet… the hand holding the camera, however, hasn’t evolved as much. No matter how good your phone’s optical/digital image stabilization is, you can always tell the difference between a handheld shot versus a stabilized/tripod shot. For the most part, that distinction existed because while cameras became popular and consumer-friendly, gimbals and stabilizers have still always been expensive professional tools. All that changes with the PowerVision S1, the world’s most compact smartphone gimbal with a built-in 3-axis stabilizer, a wireless power bank, a tripod, and even AI tracking for those completely hands-free shots. 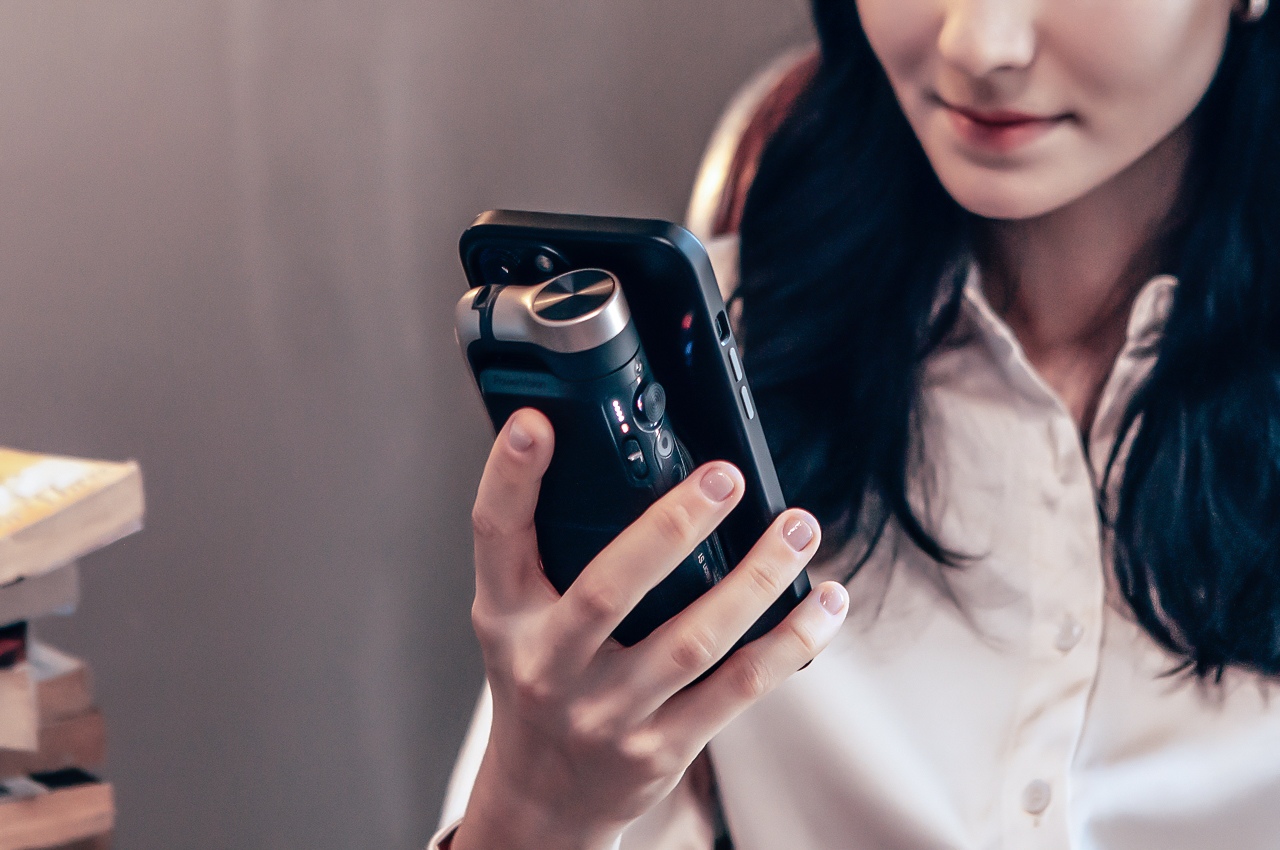 Designed to be the size of a power bank, the PowerVision S1 is quite literally a tiny, AI-powered film crew. It can track and follow subjects, stabilize video footage (without degrading the quality like your phone’s digital stabilizer), and comes bundled with an app that lets you automatically stream to your social media, or even edit the videos in post. If that wasn’t enough, the PowerVision S1 is also a wireless power bank that lets you charge your phone (at 10W) in between shots, keeping your video-setup going for longer so you can take that extra take or make that blooper reel to share with your fans and followers.

Check out the review by Unbox Therapy.

The hardware of the PowerVision S1 is perhaps one of the most impressive designs and engineering feats I’ve seen. Gimbals can often be extremely large devices (often the size of a human torso) because of the large film cameras they need to support. What the PowerVision S1 does is scale that tech down to the size of your palm, while keeping it just as effective as larger stabilizing gimbals with more robust motors.

The 3-axis stabilizer comes with a universal mount on top that allows you to magnetically snap any smartphone onto it in portrait or landscape. The magnetic mounting system is made possible via a magnetic case that attaches to your smartphone. The case serves multiple purposes – aside from protecting your phone from damage and supporting the PowerVision S1’s magnetic mounting feature, it comes with its own kickstand that lets you prop the phone up anywhere, and the magnetic mount works universally – on car-mounts as well as on metallic surfaces like gym equipment or your refrigerator. 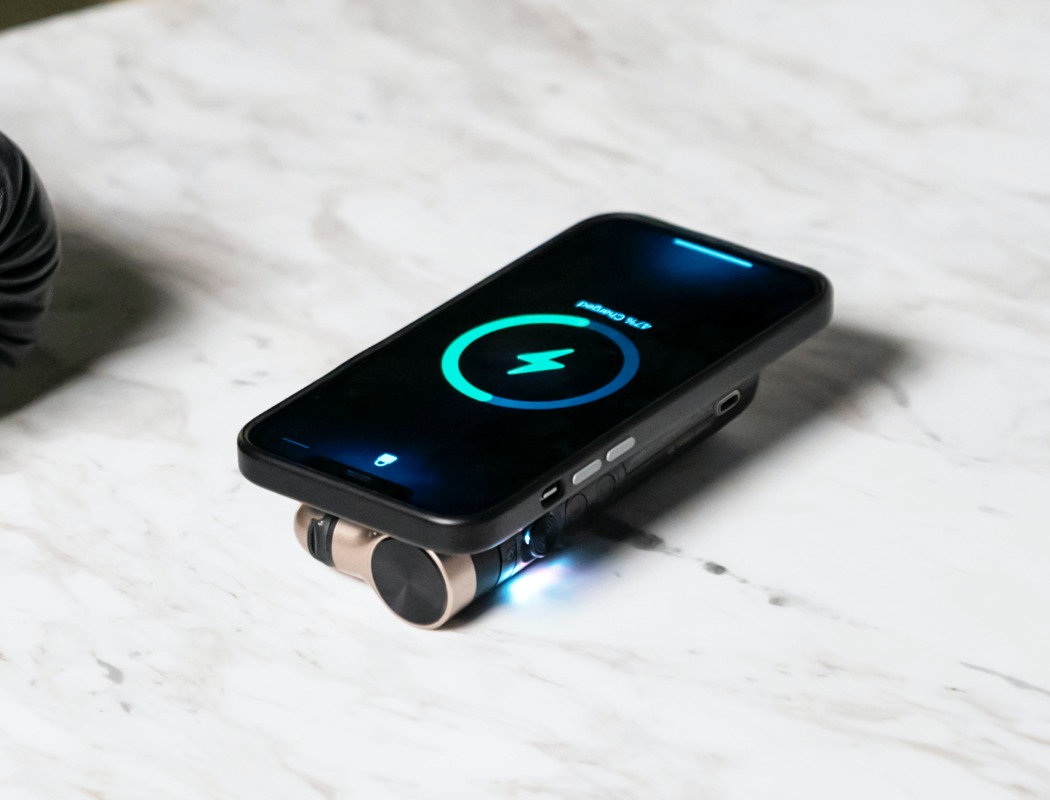 Once you’ve got the case/mount assembled, your stabilizer ready, and the camera app running, the PowerVision S1’s software chops take over, turning the tiny device into an AI-powered camera crew. Aside from simply stabilizing your videos and allowing you to perform clever camera movements like panning, twisting, etc., the PowerVision S1 has AI-based facial tracking and body tracking, so it can follow subjects as they move around within the frame or even outside the frame. 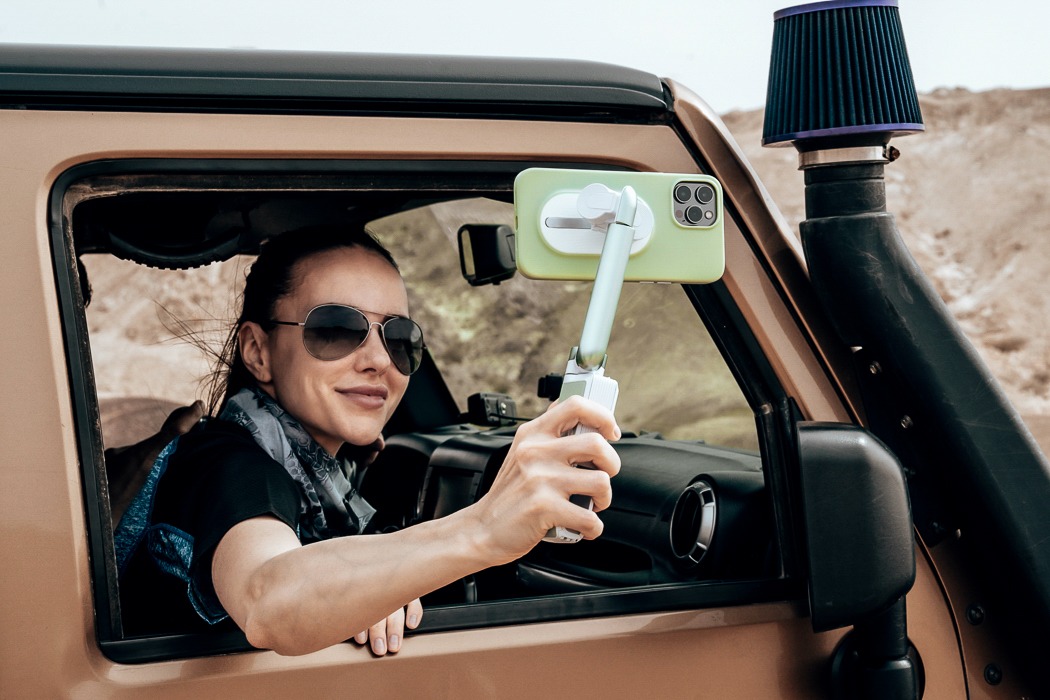 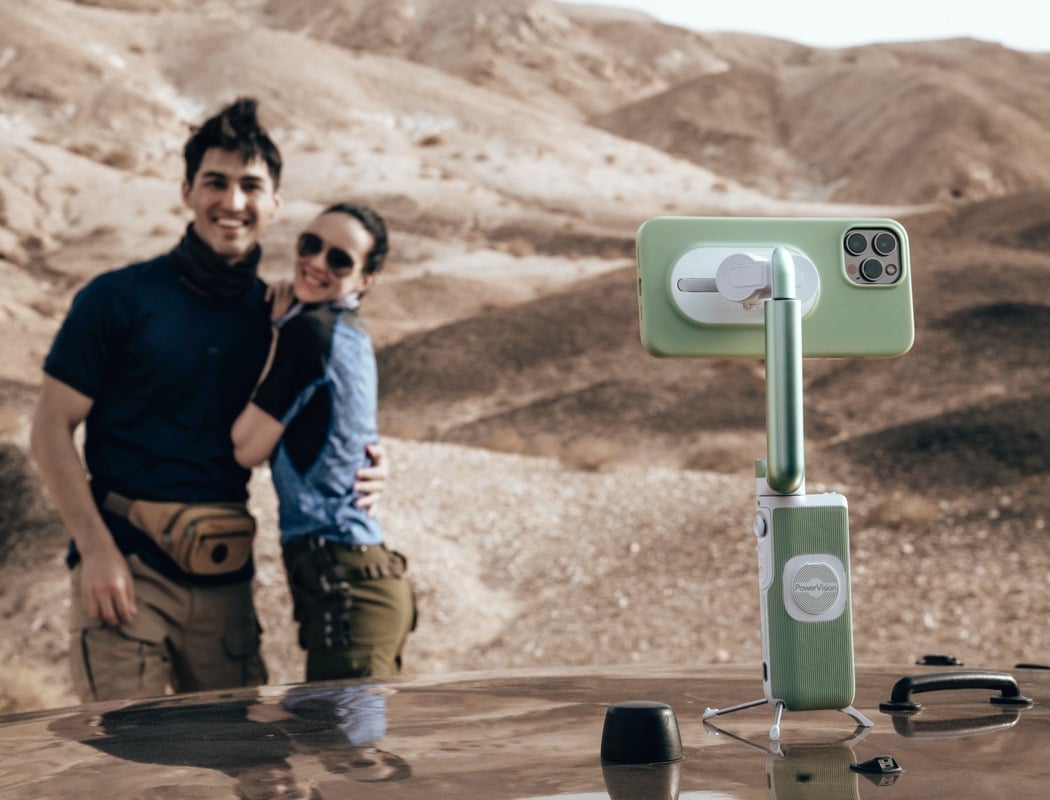 The device can be used as a handheld stabilizer, a selfie stick, and even as a hands-free rig, thanks to a built-in tripod that lets you place your phone anywhere on a flat surface.

Adding further to its hands-free experience, the PowerVision S1 even has gesture recognition that lets you start/stop recording or tracking, and even click pictures on a timer.

A free-to-use smartphone app even lets you add pro-level production features to your photo/video content, like taking automatic time-lapses, editing videos, adding filters, transitions, and subtitles, or even directly streaming to your social media accounts or video conferences. 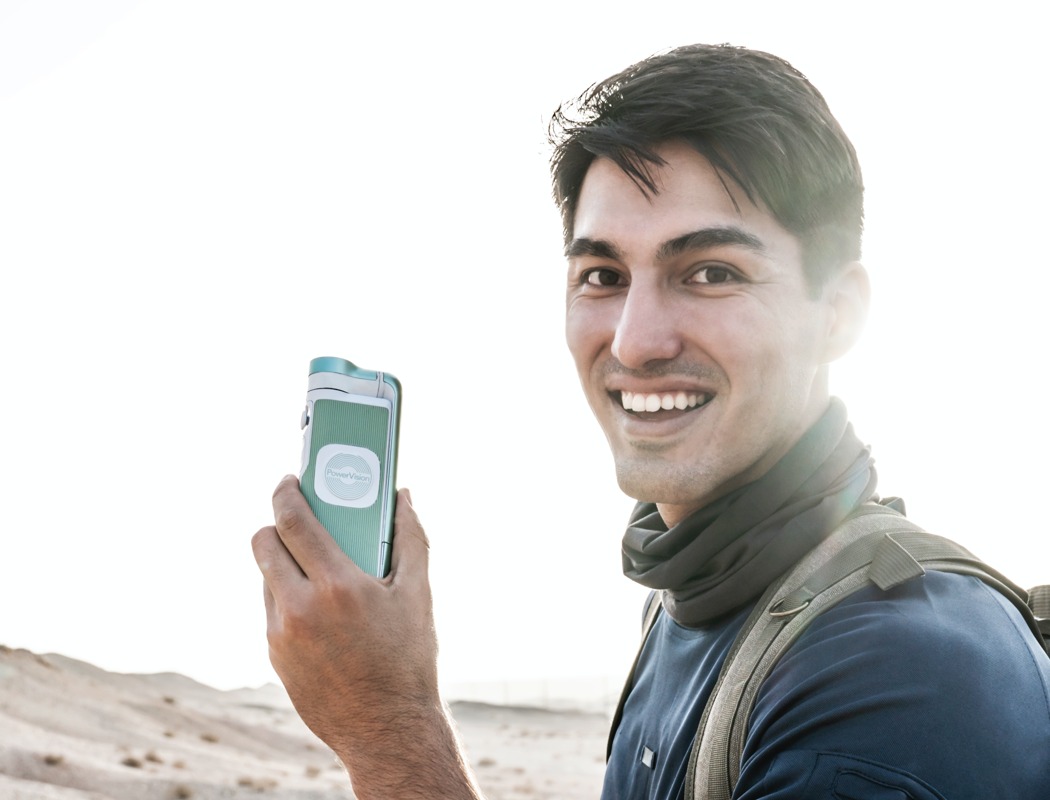 The S1 is the latest in PowerVision’s lineup of robotic devices. Founded in 2009, the company developed multiple aerial and marine drones – so cameras, stabilizers, and AI videography tools are definitely in their wheelhouse. While their drones have always been for more specialized purposes, the S1 is perhaps their truly consumer-grade product. It’s compact, lightweight, intuitive, and brings multiple pro-level features to your smartphone’s pro-level camera, allowing you to upgrade your photo and video game, be it for vlogs, events, sports, filmmaking, social content, or even business/commercial use… and when you’re done, it either doubles into a wireless power bank for your phone, or slides right into your pocket!

This prairie-inspired modular planter puts the charm of the savanna grasslands on your desk!

What is a planter but just a simple container for your plants? Aditi Kedia’s Prairie Planter reinterprets these containers as landscape-elements in their own right….

You can do better than spraying that perfume on your wrist. You can have a levitating metallic disc spin around and diffuse the perfume into…

This Bitcoin Wallet is as small as a credit card, but with an unbreakable metal construction

It comes complete with a QR code for easy transfers, an unbreakable design that’s water and fireproof, and due to its analog nature, it’s virtually…