Electrochromic technology isn’t new… it’s existed in multiple industries (including on some airplane windows), but this is a first for eyewear. The Dusk smart sunglasses let you control the tint on the lenses using an app. You can literally flip from spectacles to tinted eyewear in a split second and vice-versa, or even control the tint based on your surroundings.

Historically self-tinting glasses have worked based on the brightness of their surroundings. Referred to as photochromic technology, these glasses acquire a tint in bright settings, and transform into regular glasses in normal-to-low light scenarios. The Dusk Smart Sunglasses take things a step further by giving you the power to precisely control the tint of your spectacles. Styled as a rather iconic pair of wayfarers, the spectacles look great with both tinted or transparent lenses, and come with a host of smart features thanks to the presence of open-ear audio drivers built right into the temple stems. Think of them as smart-glasses with an extra, undeniably impressive feature – the ability to control how tinted or transparent the lenses are! 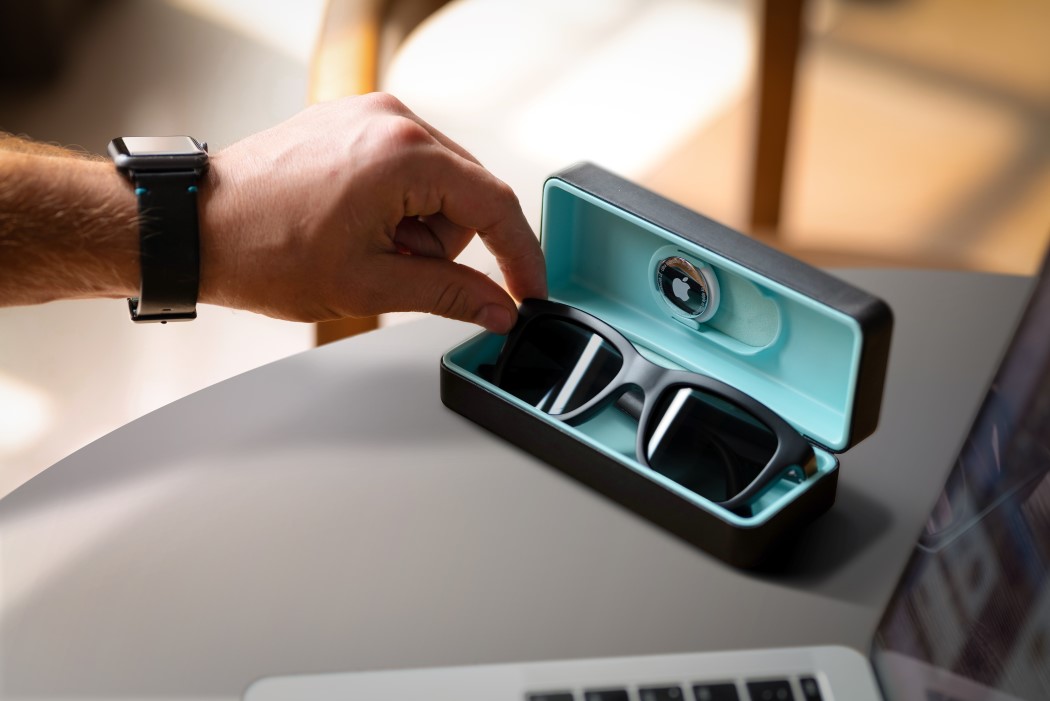 As someone who’s worn spectacles for nearly 25 years now, I’ve always cringed at the idea of photochromic spectacles for one simple reason – they’re out of your control. It’s just common social etiquette to not wear sunglasses indoors (it seems weirdly shady to do so unless you’re a celebrity avoiding the paparazzi, or you’re hungover), so it’s pretty frustrating when you’re in a well-lit room and your specs end up becoming tinted on their own. Besides, it takes a while for these spectacles to transition between tinted and transparent modes, so when you’re stepping indoors or outdoors, you’re either blinded by bright sunlight or by utter darkness for a good 20 seconds. By giving you the ability to control the tint, Dusk gives you agency over your own preferences.

The transition is instantaneous too and takes just 0.1 seconds between stages. The GIF below demonstrates the transformation in real-time. 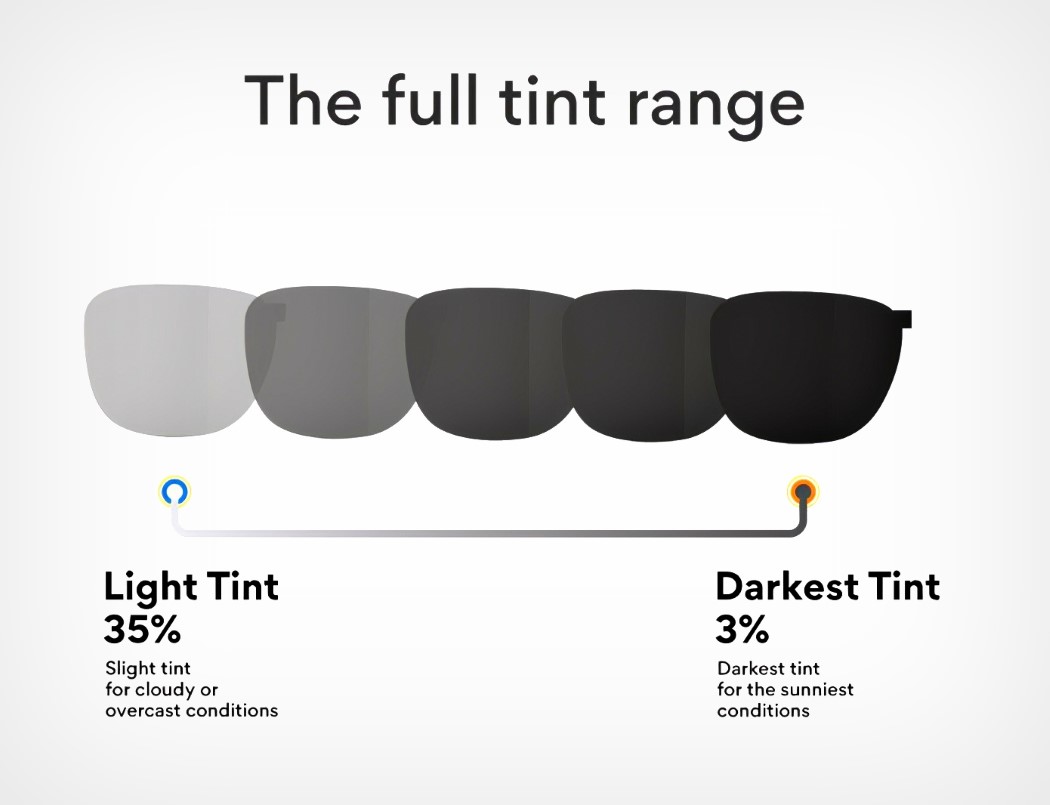 The polarized electrochromic lenses on the Dusk Smart Sunglasses help you see better both indoors and outdoors. In their transparent setting (which still has a really slight tint), the specs are perfect for indoor use, and when you step into bright sunlight, the high-tint lenses help reduce glare and increase clarity. The app lets you control the tint via an intuitive slider interface as well as set your own favorite presets to jump to, based on your own preferences and how sensitive your eyes are to light… although the Dusk comes with tint-controlling buttons built into the sunglasses’ temple stems too, allowing you to easily adjust it on the go. 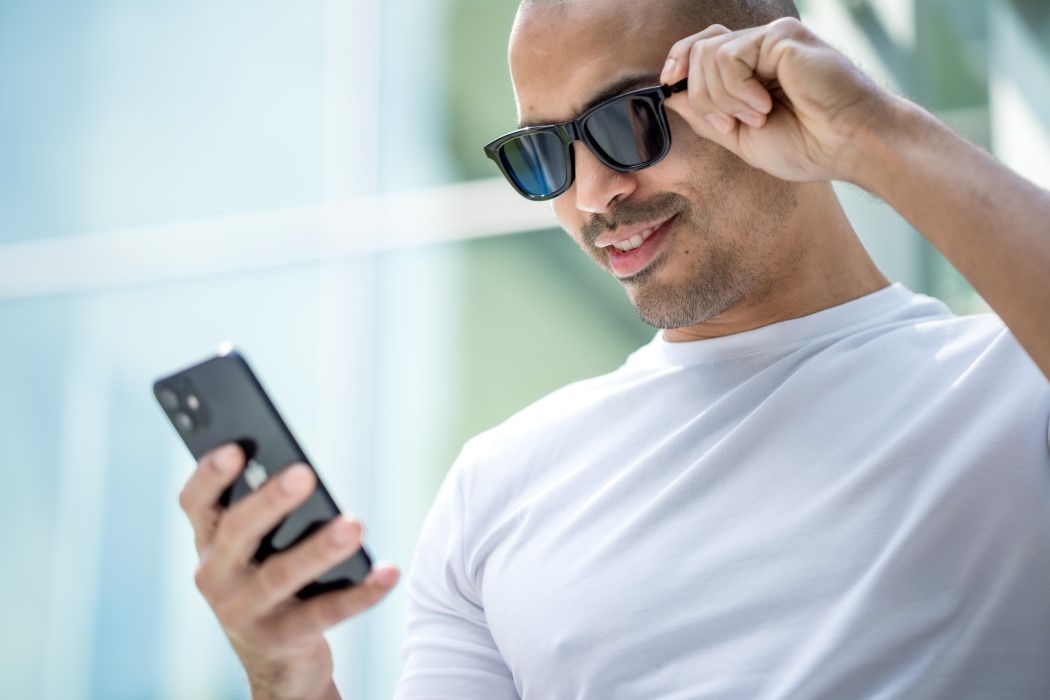 Sure, apart from being able to control the tint on your spectacles, the Dusk Smart Sunglasses lets you listen to music, answer calls, and summon your phone’s voice AI too. Discreet bone-conducting audio drivers strategically placed in the sunglasses’ temple stems let you listen to music without having any earphones in your ears. Providing an open-yet-private listening experience, these open-ear audio drivers also let you listen in on the world around you, letting you stay aware of your surroundings as you walk on the sidewalk, go jogging, or ride a bicycle. The built-in microphone even lets you take calls as well as summon your phone’s voice AI, be it Siri or Google Now, putting Dusk well within smart-glasses territory. 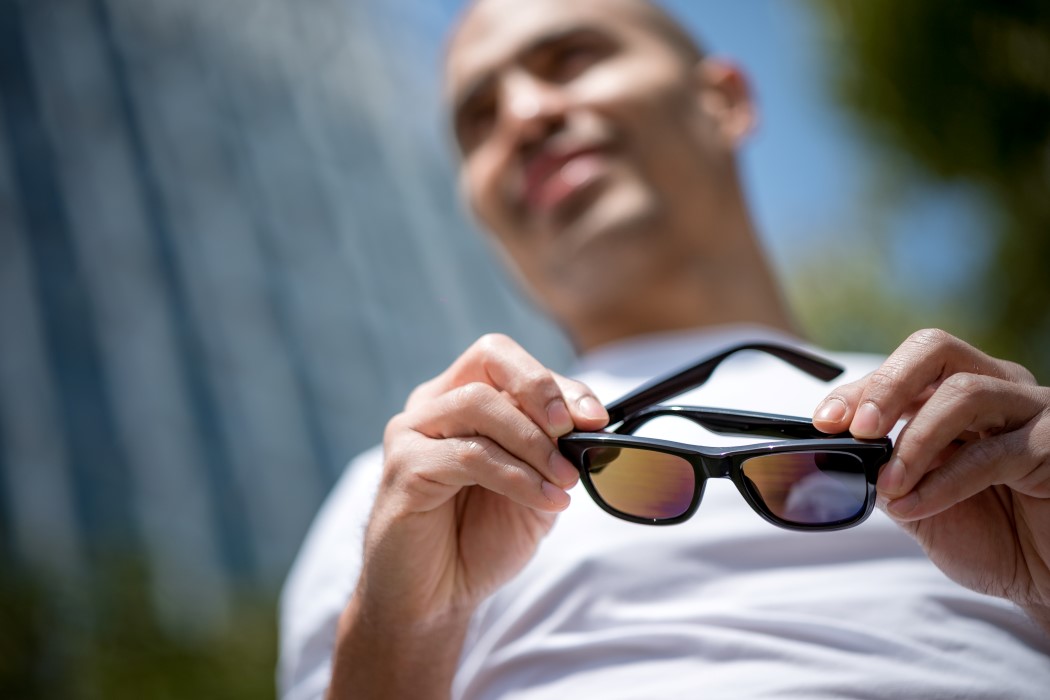 The Smart Sunglasses, aside from coming with their own app, are accompanied by a rather nifty spectacle-case. Given that the Dusk runs on an internal battery, the case charges the smart sunglasses when not in use, and even has space for an AirTag, allowing you to track your sunglasses if they get misplaced or stolen! The sunglasses come with 7 days of use when you’re just running the tint-control features, and 4 hours with continuous audio playback. The case can charge the Dusk Smart Sunglasses 10 times over, bumping up that figure to 40 hours. 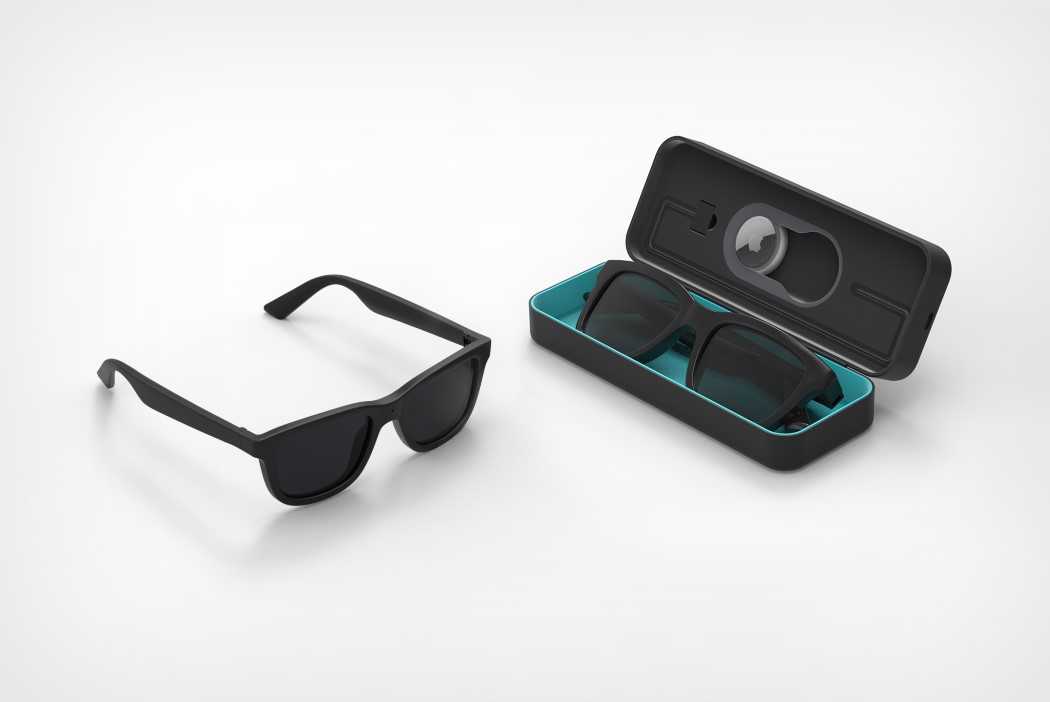 Currently as we stand, the Dusk Smart Sunglasses don’t support prescription lenses, although if they do cross their funding stretch-goal of $500,000, they’ll support prescription powered lenses (they’re over $317,000 as of writing this article). The wayfarer-style smart sunglasses come in matte black, weigh a remarkably light 26g, and are IP65 waterproof, so you could just as easily wear them in the rain or at a pool party, impressing your friends with how they go from transparent to tinted with a simple slide of your thumb!!

The Dusk Smart Sunglasses come in a regular variant with the smart open-ear audio features (with a discounted price tag of $249), as well as a Dusk Lite variant, with just the tinted glass control feature (priced at a discounted $179). 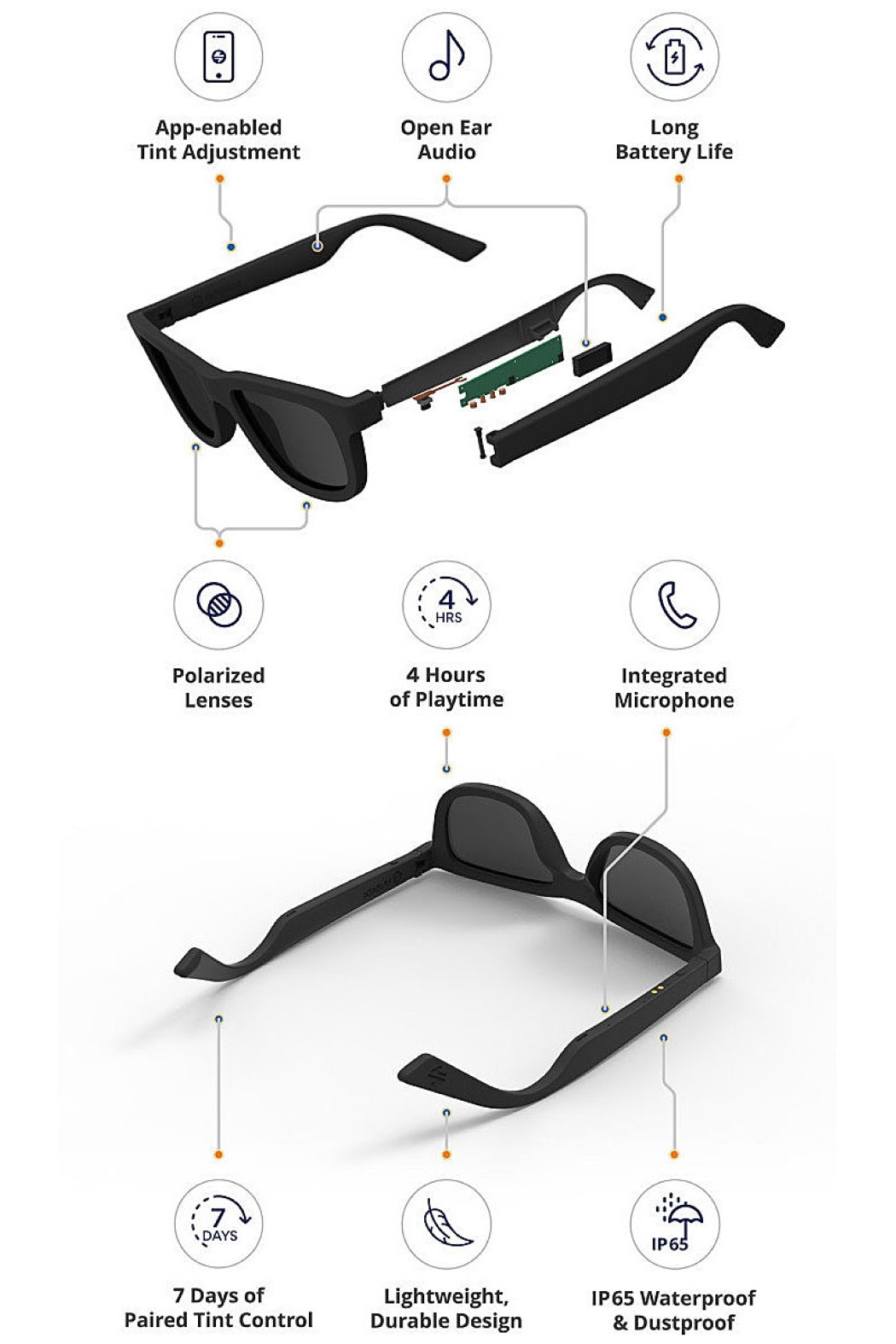 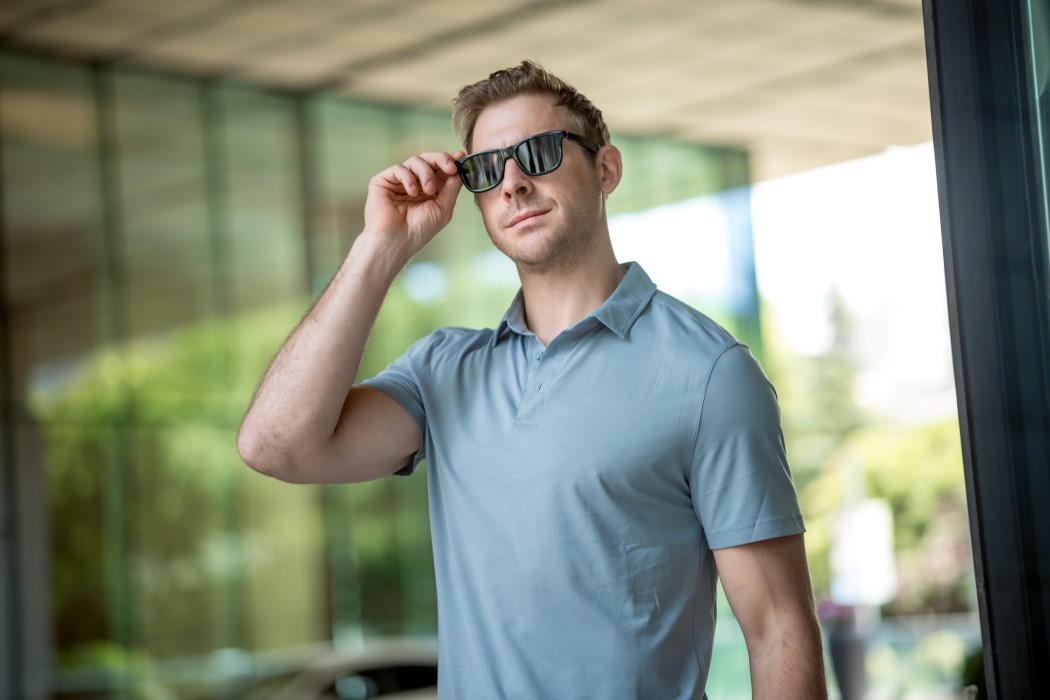 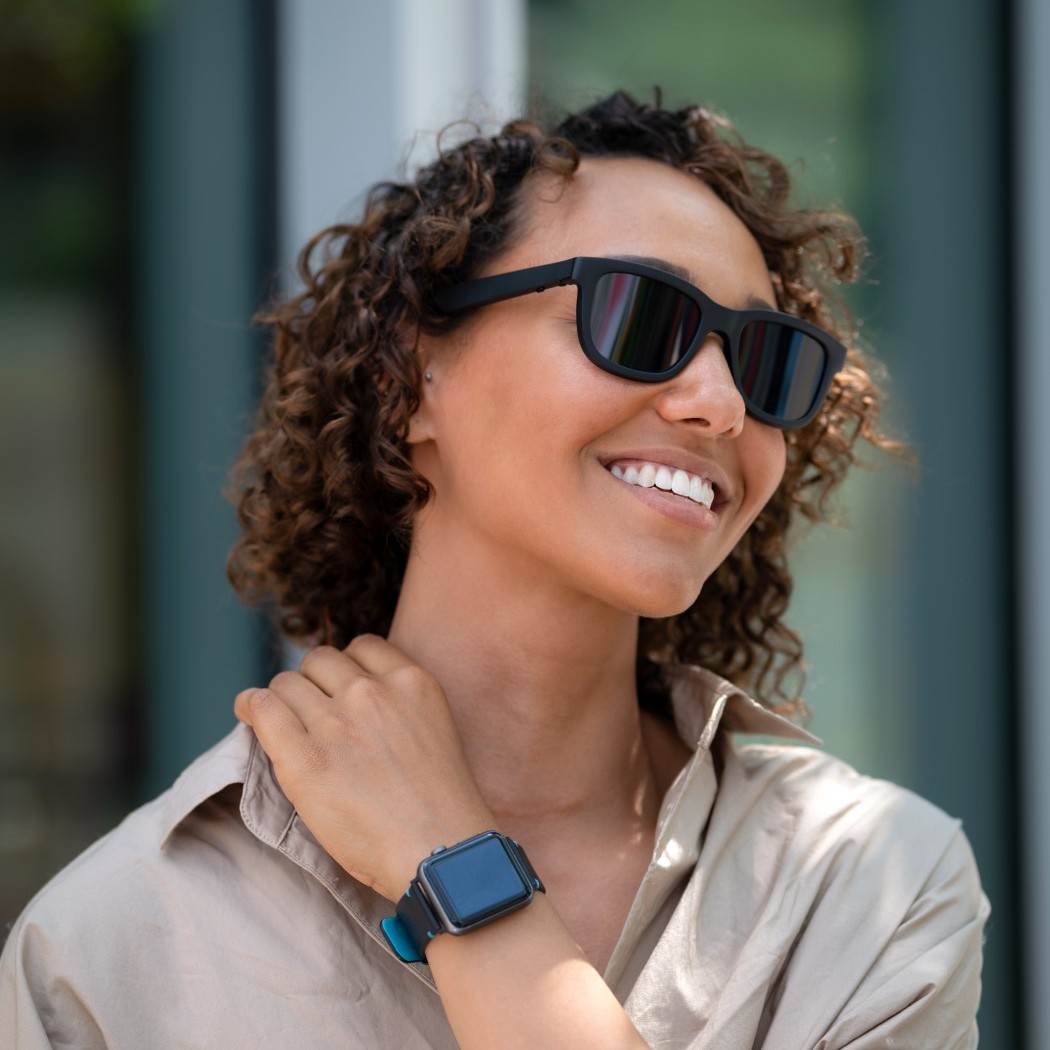 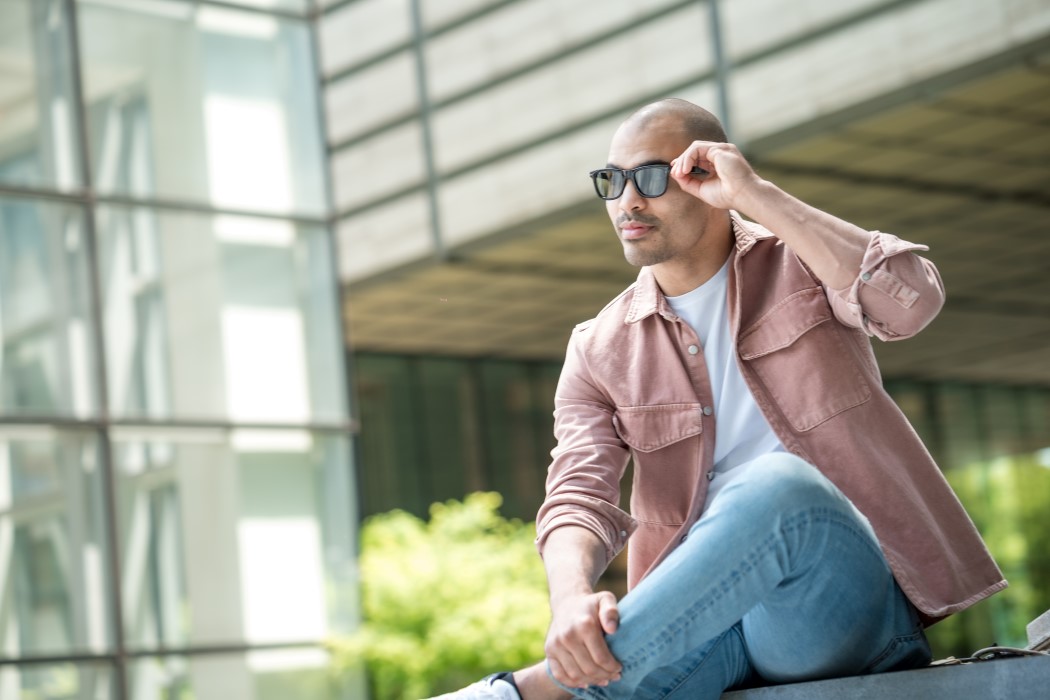 Don’t Stresso with this Espresso

The past few years have seen the coffee brew devices market explode thanks to the likes of Kickstarter and Indiegogo. You can now enjoy the…

When you are an automotive design student, it may feel restrictive to design just vehicles. Perhaps that is what Ji Woong Cha feels, so he…

When your bookmark is also your reading light

Consider me a fan of the Lightwedge reading light. It does something rather brilliant, in that it A. illuminates just the page without illuminating the…

The “ttmm” collection of wristwatch apps was designed for specifically for smartwatches with 144×168 pixel screens such as Pebble and Kreyos. 15 different face options…