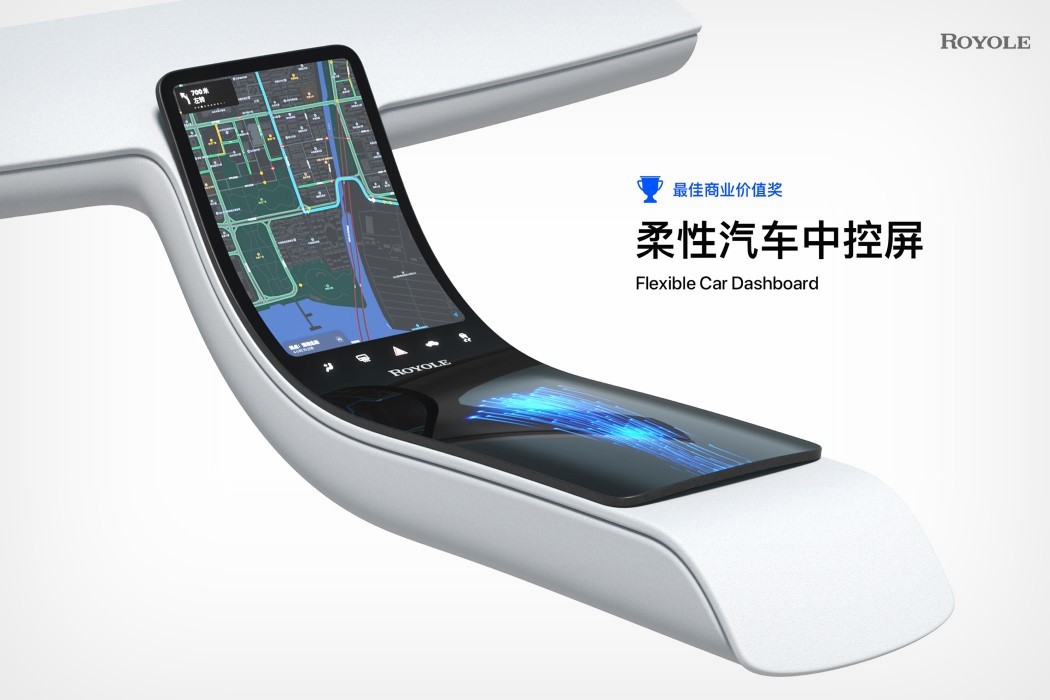 Images have surfaced on the internet of a rather interesting concept employing Royole‘s flexible display technology. Created by Zhiyuan Xing, a designer based out of Shenzhen, the Flexible Car Dashboard poses an interesting hot-take – what if instead of doors on a glove compartment, you just had a display that bent open like a curtain? The Flexible Car Dashboard explores that very possibility, creating an interactive display in an area that would otherwise be a utilitarian panel of knobs and compartments.

The panel is a long, vertical display that folds open from the top as well as the bottom, revealing storage areas and charging spots underneath. The display sits in place via magnetic closures that allow it to snap shut, and when you want to access the space underneath, unfold it as if you were turning a page or lifting the edge of a carpet. The GIF above should really help demonstrate how incredibly handy and innovative it is. 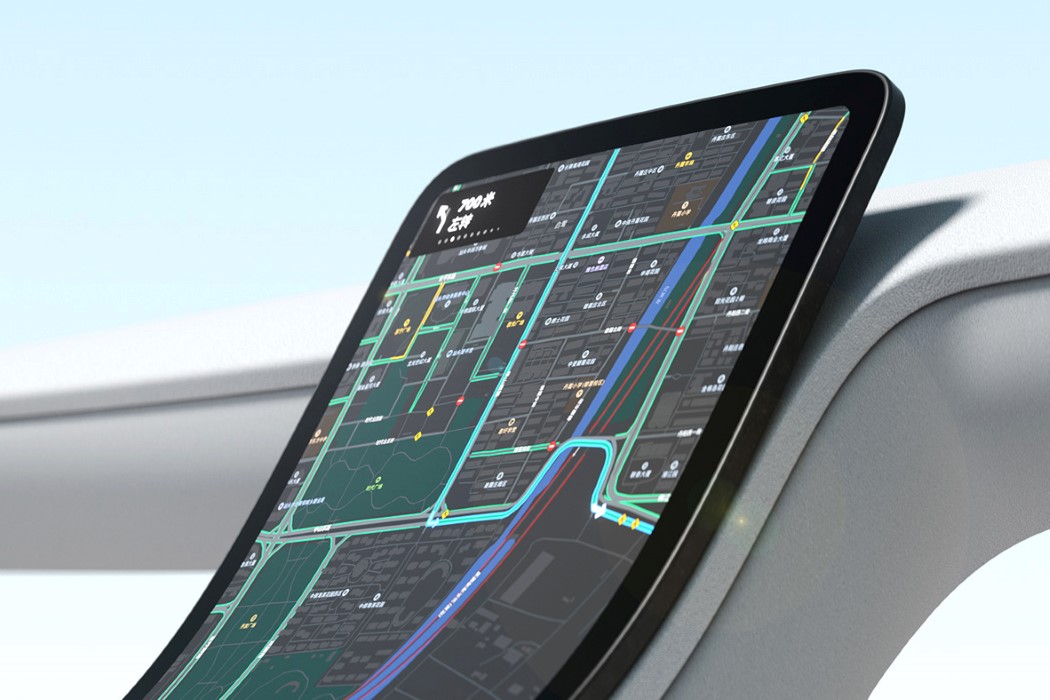 Joined to the car’s dashboard at the center, the display opens both ways. The upper part has a tray-style design, letting you keep your phones in it (potentially even being able to wirelessly charge them or UV sanitize them), while the lower part is almost like a box to dump other items you need but are less likely to use (charging cables, AirTag, earphones, power bank, etc).

A crucial part of the display’s design is its lip, which lets you easily get a grip and open it outwards. The display comes mounted on a thick layer of some kind of elastomer, giving it some resistance (so you don’t damage it by tugging too hard), while a magnetic closure system allows the flap to satisfyingly snap shut. The display even knows when to switch off when you’re bending it, helping protect it against any accidental damage. It switches back on when shut, displaying the screen where it last left off. 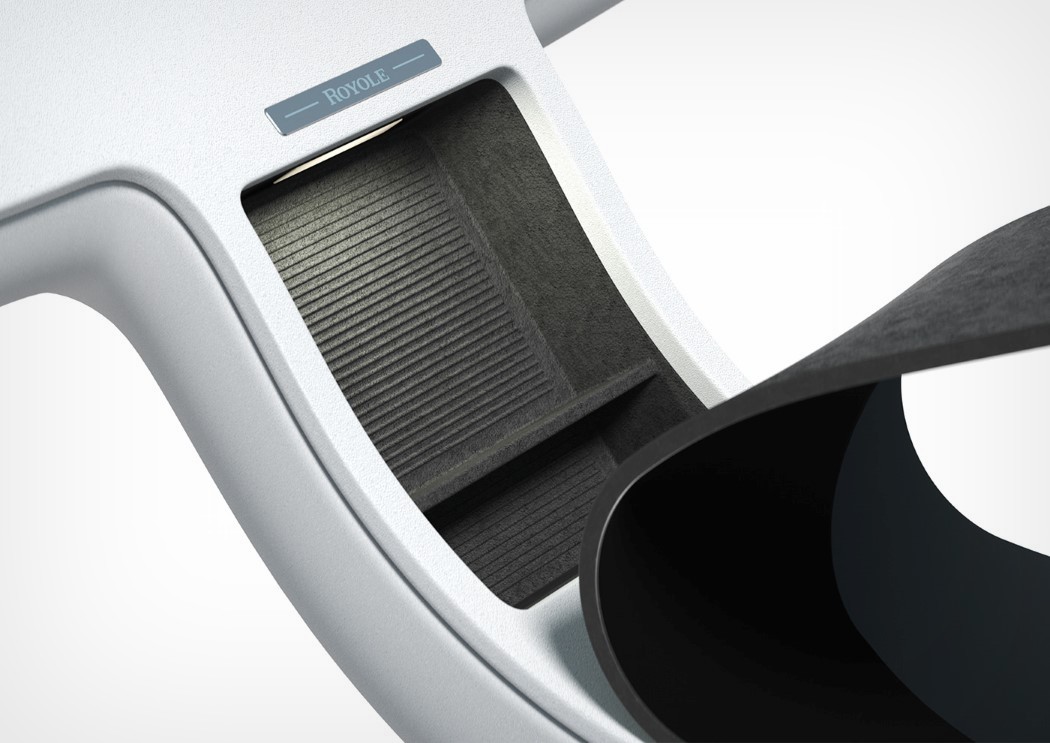 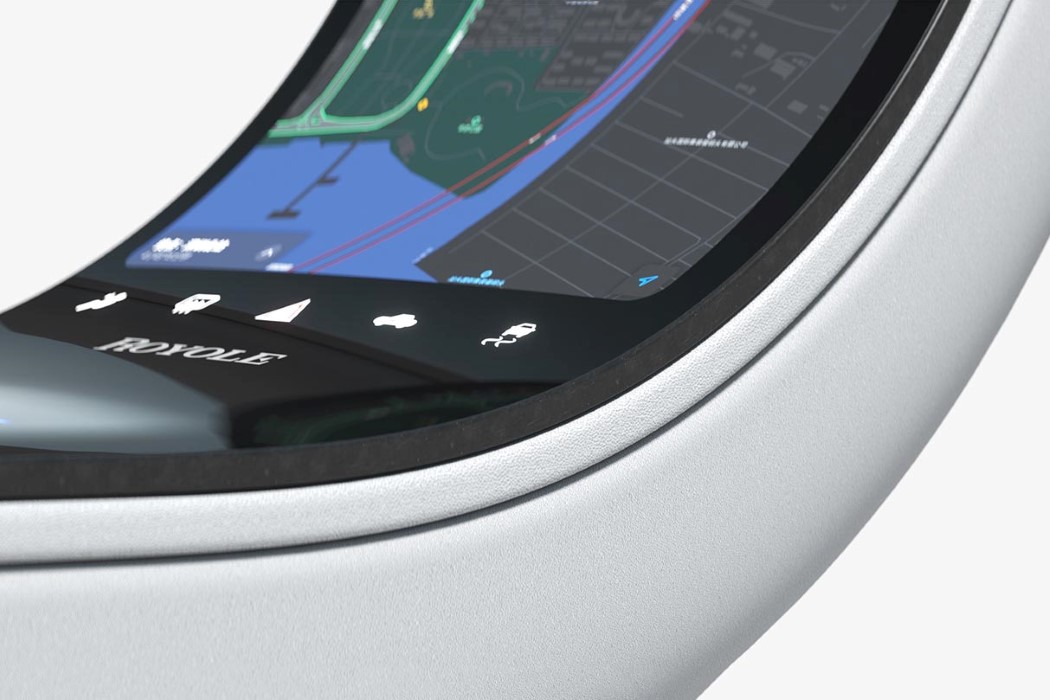 What this concept presents is something rather remarkable, and a fresh design direction from Royole, which hasn’t really seen much success in the doldrums that is the folding phone industry. A flexible dashboard display, however, would be a great way to expand its catalog while proposing something that isn’t really a novelty, but instead is a very interesting feature. The area where the Royole Flexible Car Dashboard would sit is essentially purely functional – currently occupied by a radio (which people hardly use), AC air vents (which could easily be relocated), and perhaps a slot for a car charger. The Flexible Car Dashboard proposes we use that space for something better, something more cutting-edge with upcoming cars. Designed as a dashboard that could easily see itself integrated into smart-cars or semi-autonomous cars, it gives you a large sprawling screen that’s ideal for accessing the car’s smart features like the Map, Music Player, or other in-car controls. Fold it over and you’ve got the benefit of storage too! Storage, might I add, that would escape the sight of most thieves! 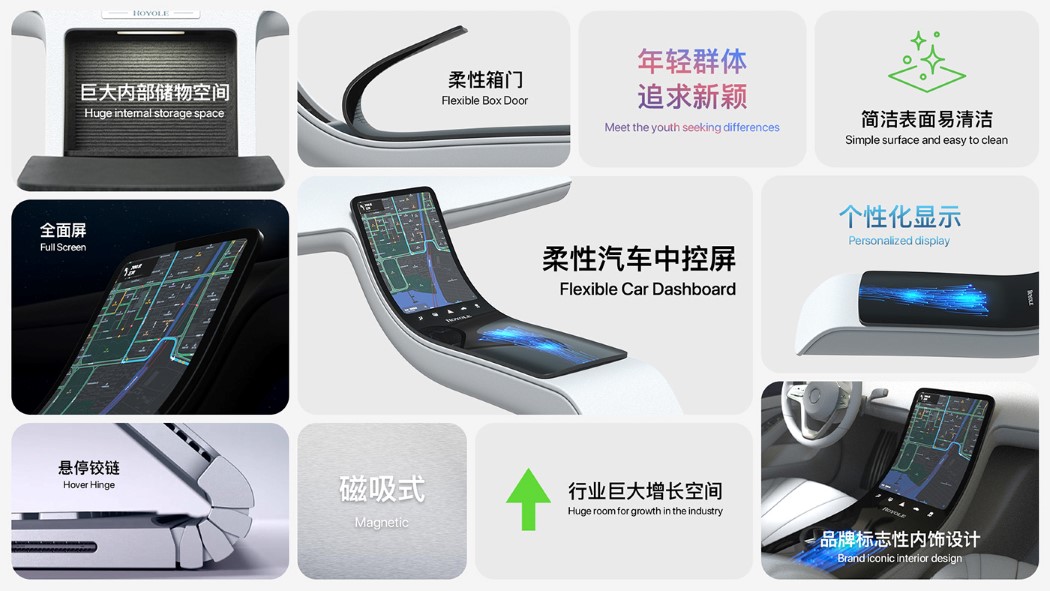 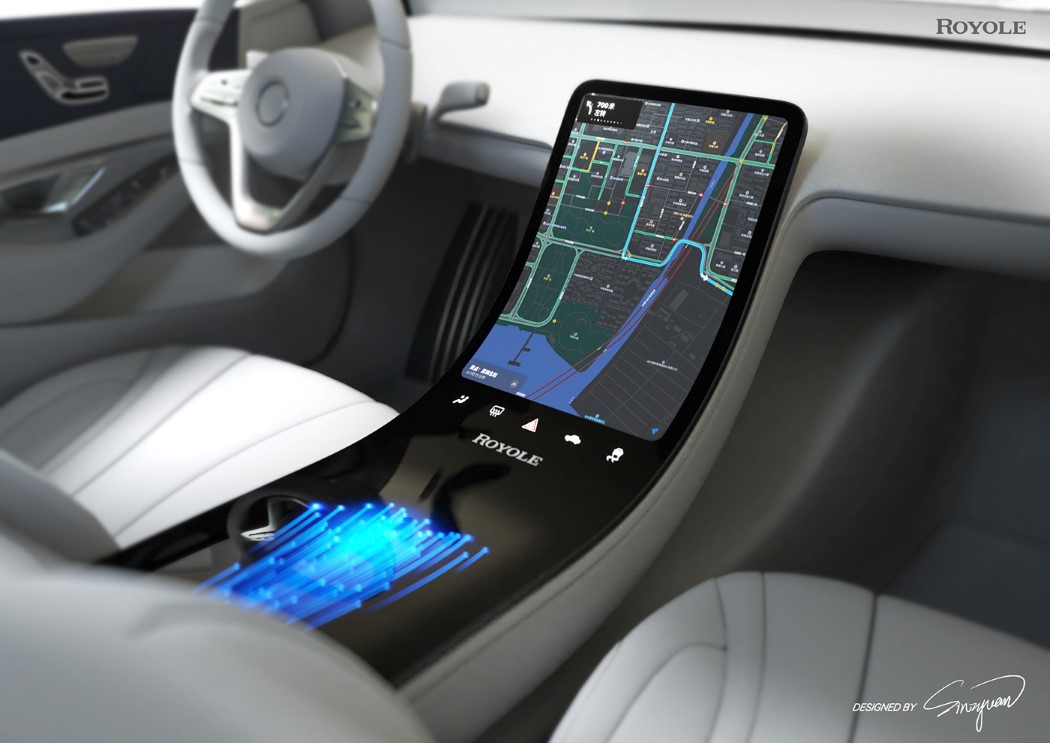 Play With Me Lamp

This lamp was made to be played with! Lamp E by Kako.Ko design studio is made of tough extruded aluminum and a single side of…

When traveling as an American, one of the things I’m always fascinated by (and envious of!) the complex moneys of other countries. In comparison, they’re…

Zippers… a designer’s mortal enemy. They’re hideous, painful, and not particularly secure. Yet we can’t live without them. They’re on our jeans, jackets, and bags….

Close your eyes and picture your dream setup. A sprawling desk with a nice wide monitor, wireless keyboard and mouse, probably a hub for charging…