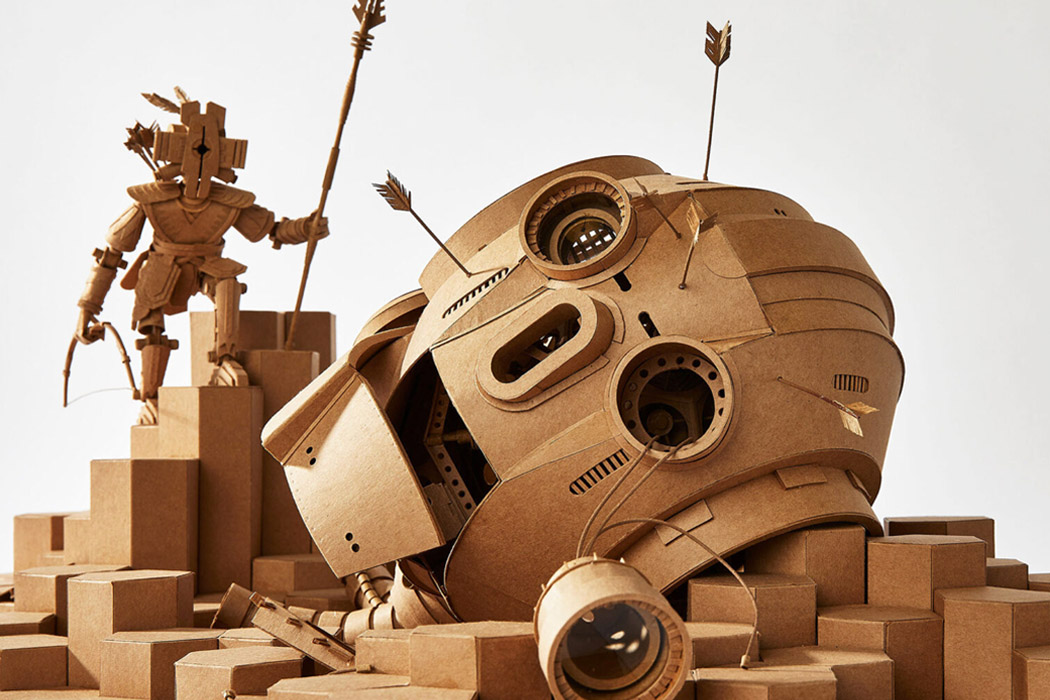 Based in Melbourne, Greg Olijnyk (@gregolijnyk) creates detailed cardboard sculptures inspired by sci-fi and fantasy! From a sci-fi-inspired retelling of David and Goliath to a quirky robot riding a Vespa, all of Olijnyk’s works display intricate detailing, exquisite craftsmanship, and almost realistic technicality. Besides cardboard, he also amps up his sculptures with LED lights, glass, springs, and even toothpicks when needed! It’s hard to believe that these intriguing futuristic pieces are actually carved from cardboard! But one thing is for sure, Olijnyk’s work will leave you completely mesmerized and wanting more! 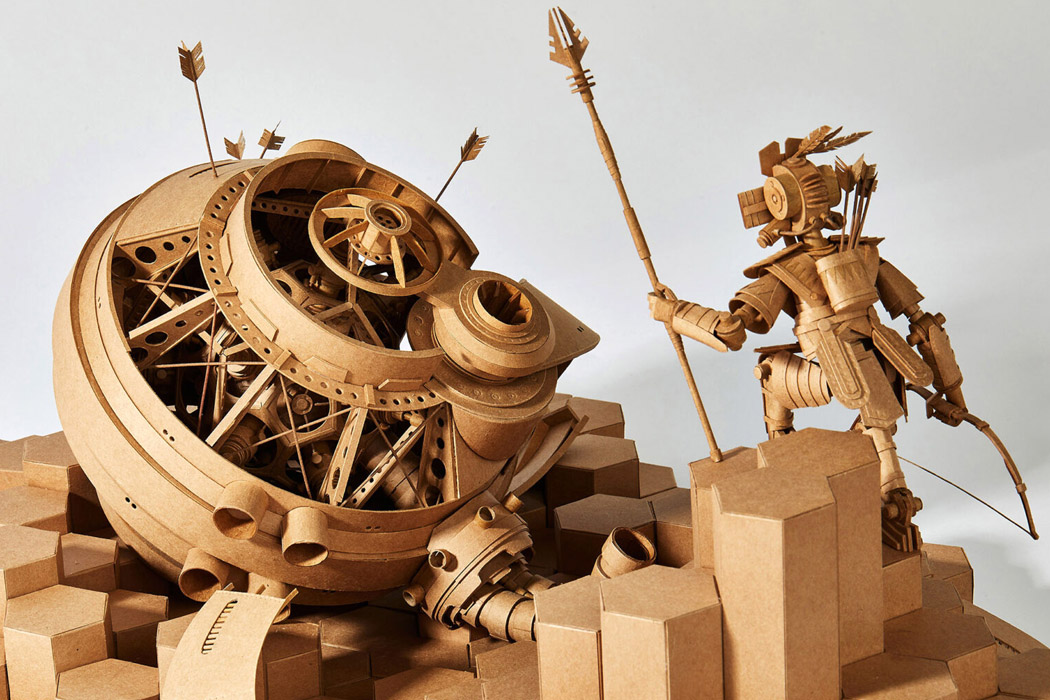 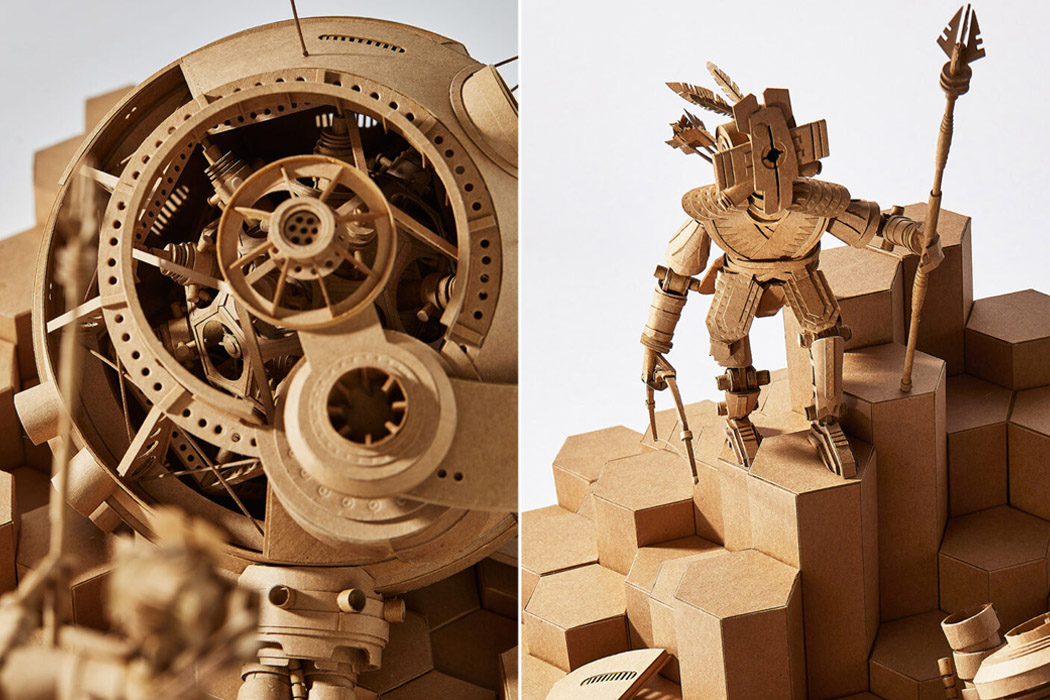 This sci-fi-inspired retelling of the tale of David and Goliath is one of Olijnyk’s most famous works! It features an oversized robot being struck down by a samurai. 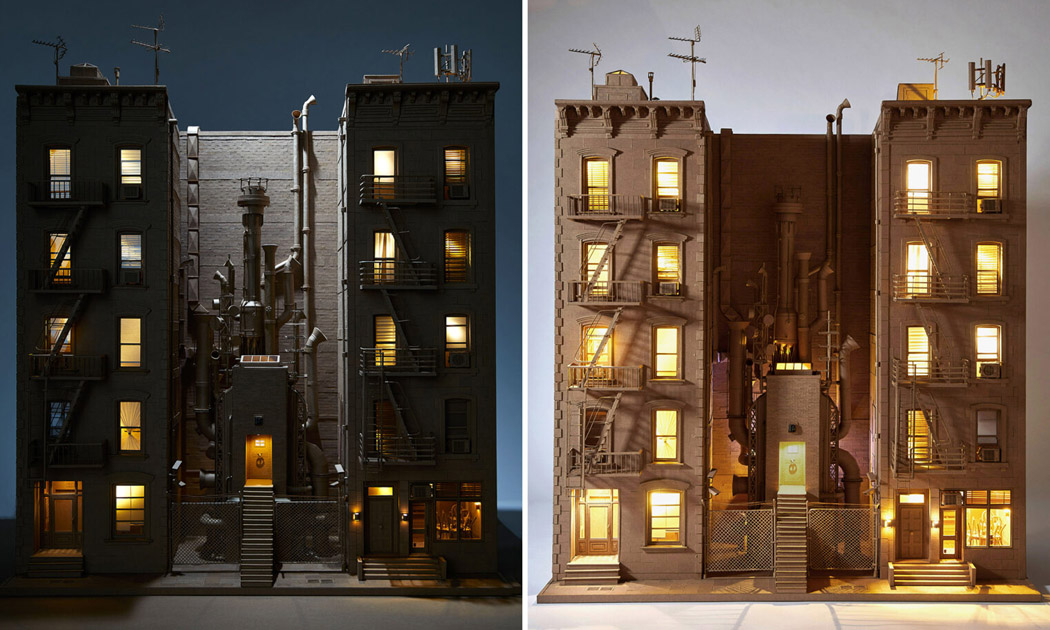 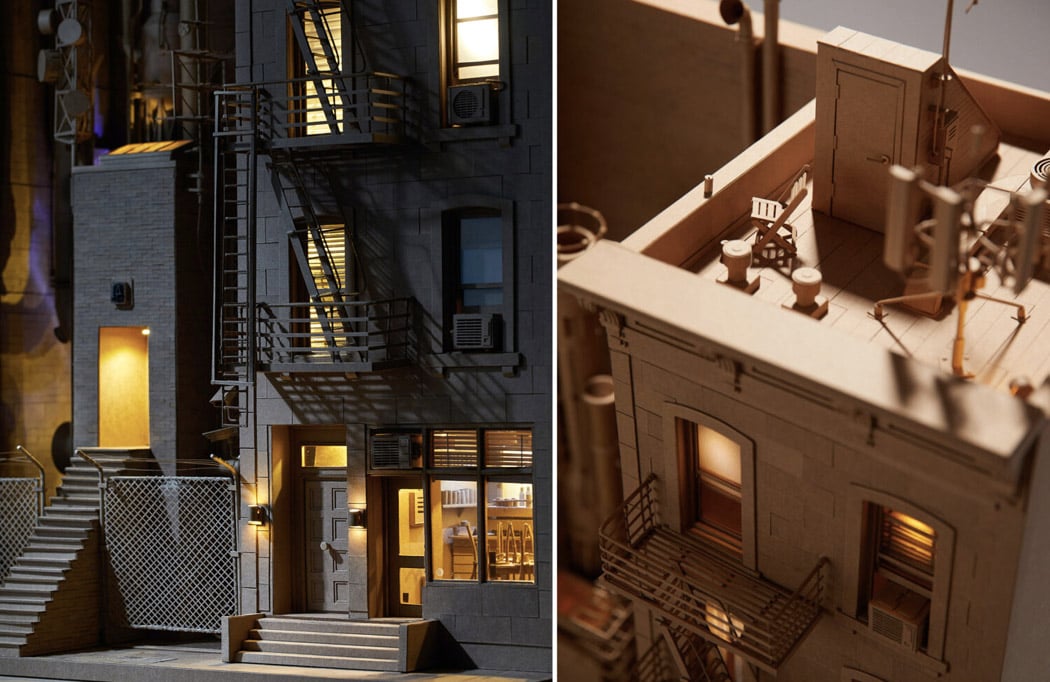 Titled The New Neighbours, this piece features a pair of eerie and almost ominous-looking buildings. Flickering lights add on to the creepy-ish vibe of the cardboard sculptures. 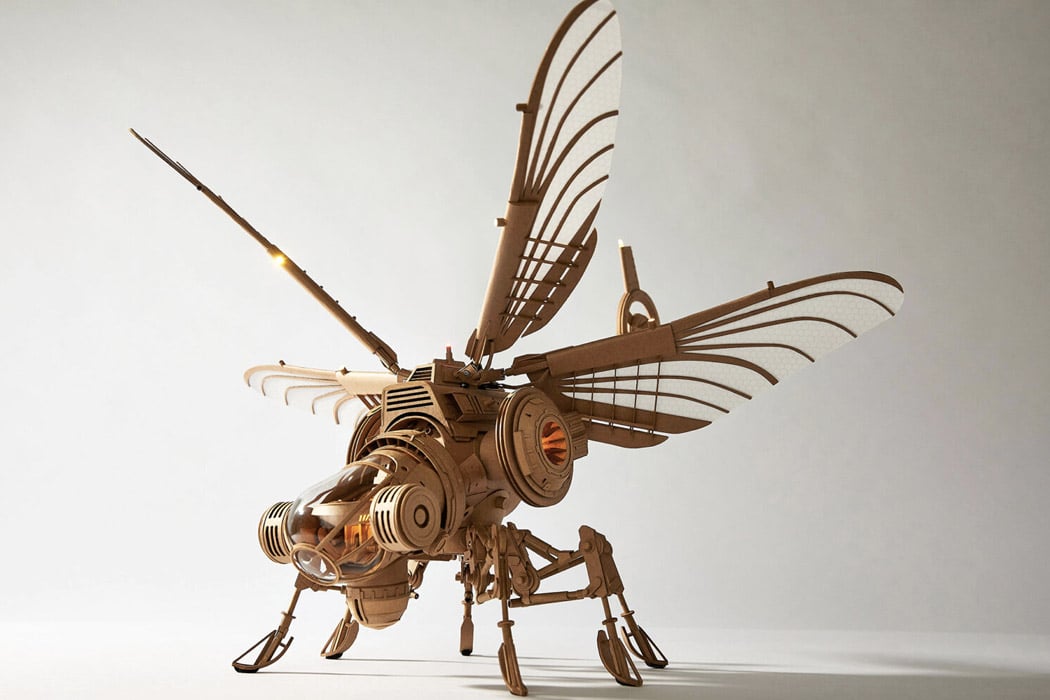 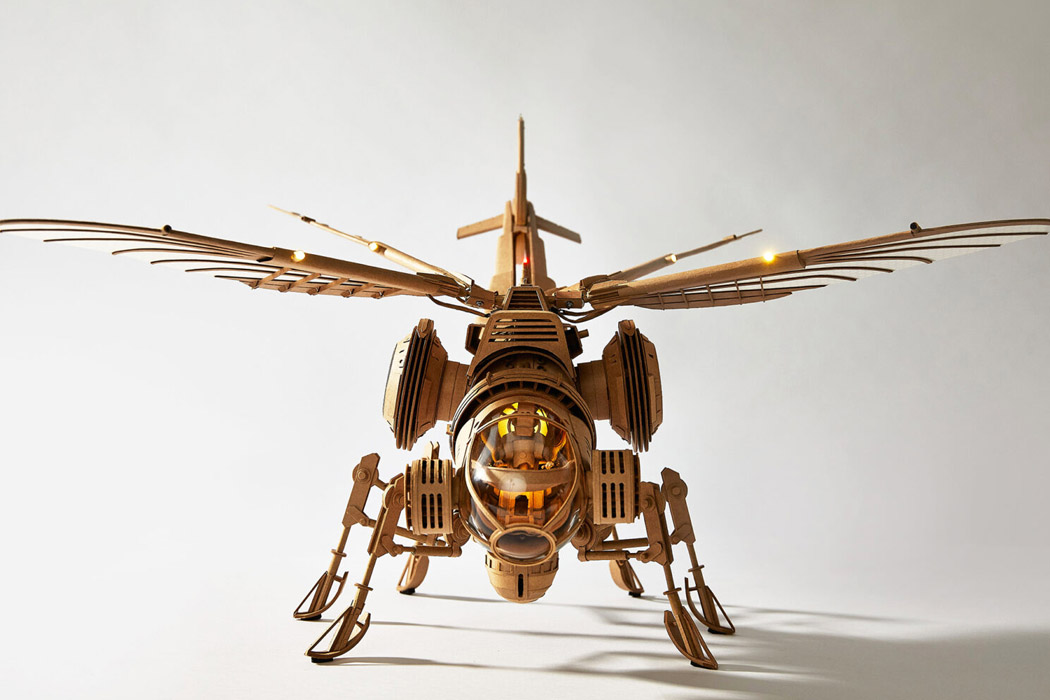 The Dragonfly as its name suggests is a robotic jet-powered dragonfly! The beautiful hexagon pattern on the wings is a specimen of amazing craftmanship…and that too on cardboard! 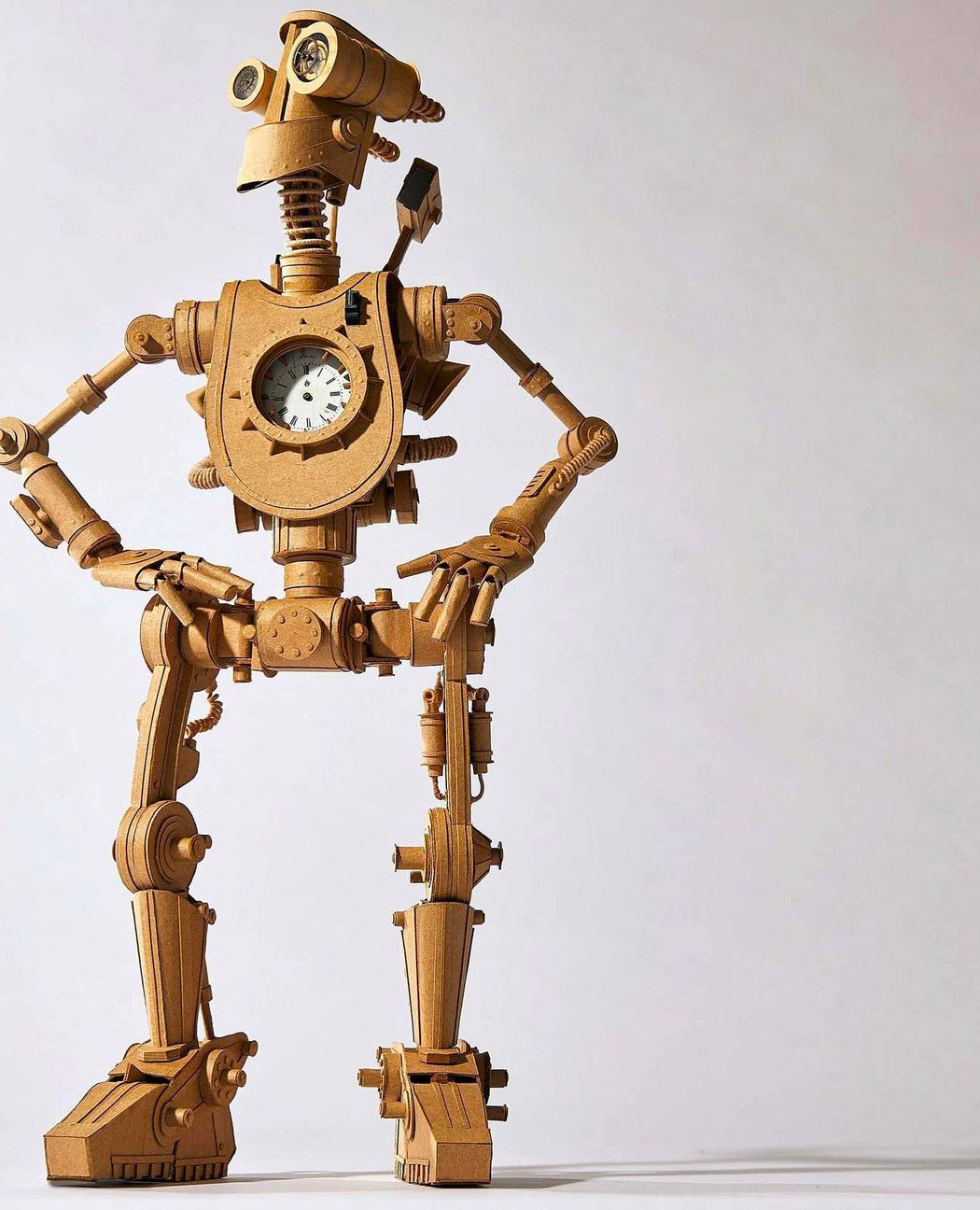 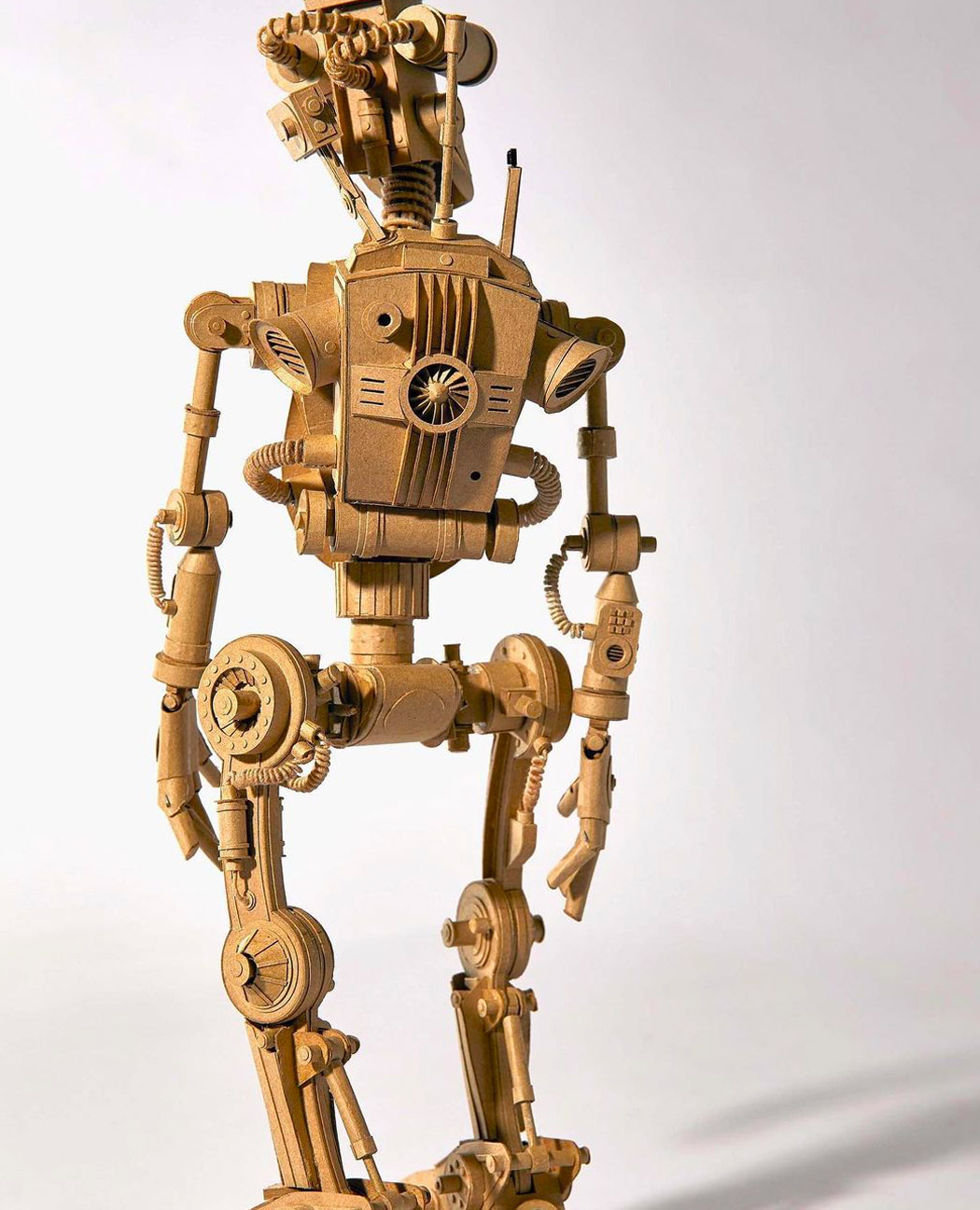 This is the first robot Olijnyk created, and he aptly named it #1! The sharp edges and intricate detailing are excellent, especially for a first project. Did you notice the clock encased in his chest? 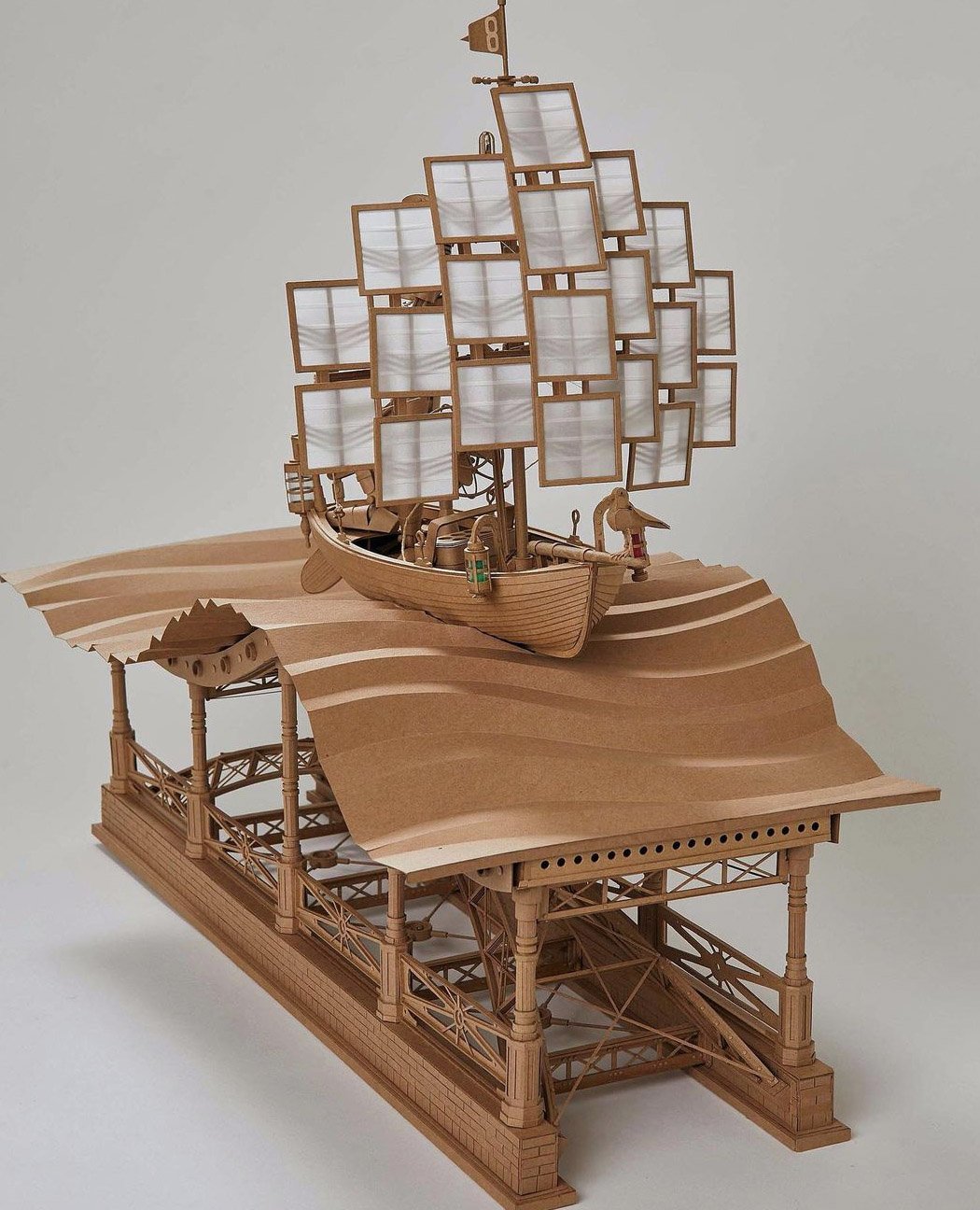 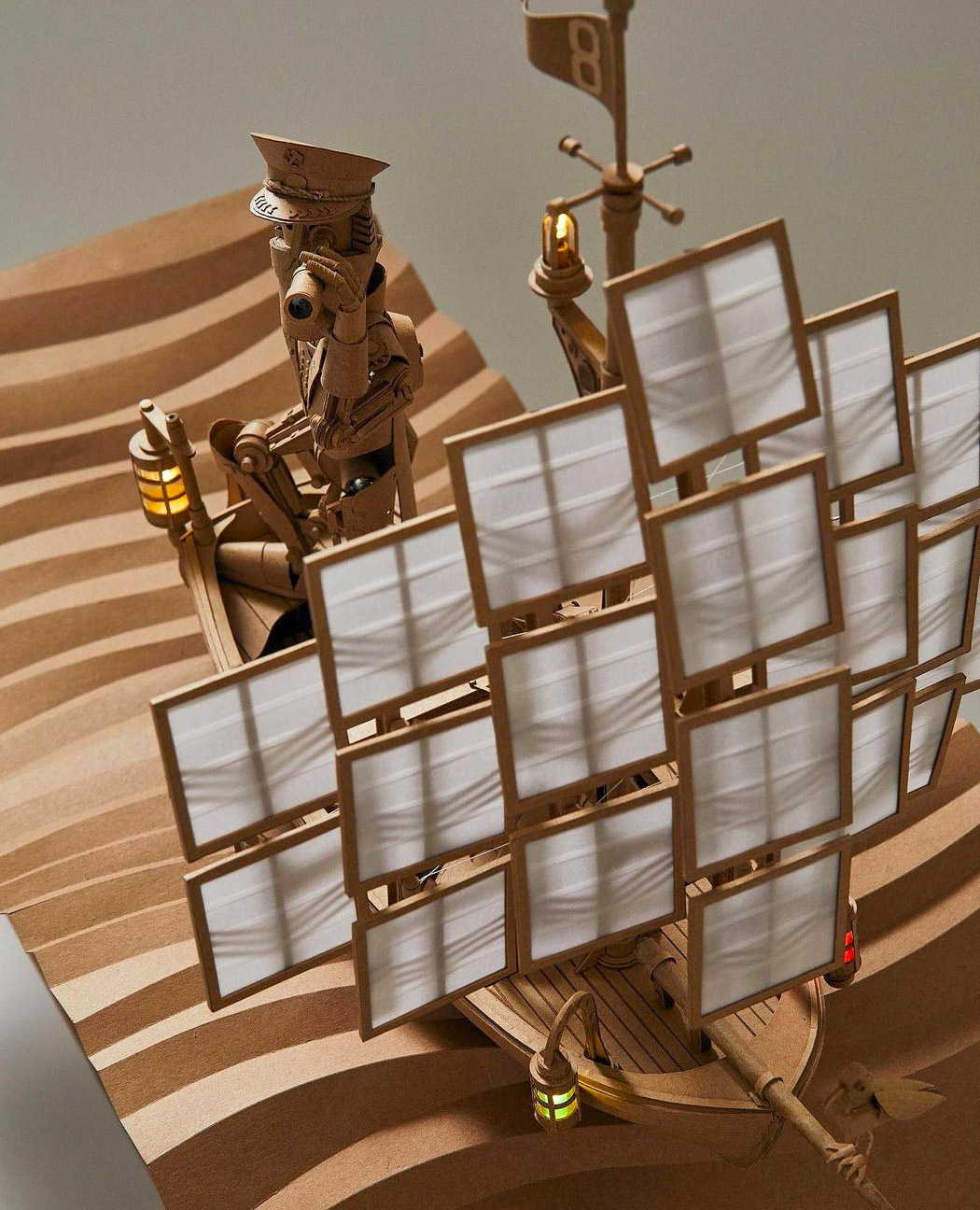 Named The Caption, this sculpture features an impressive ship out at sea, with a legendary captain on board! Olijnyk intended the sails to double up as solar panels which in turn power the fan that blows the panel when there is no wind! Quite interesting, no? 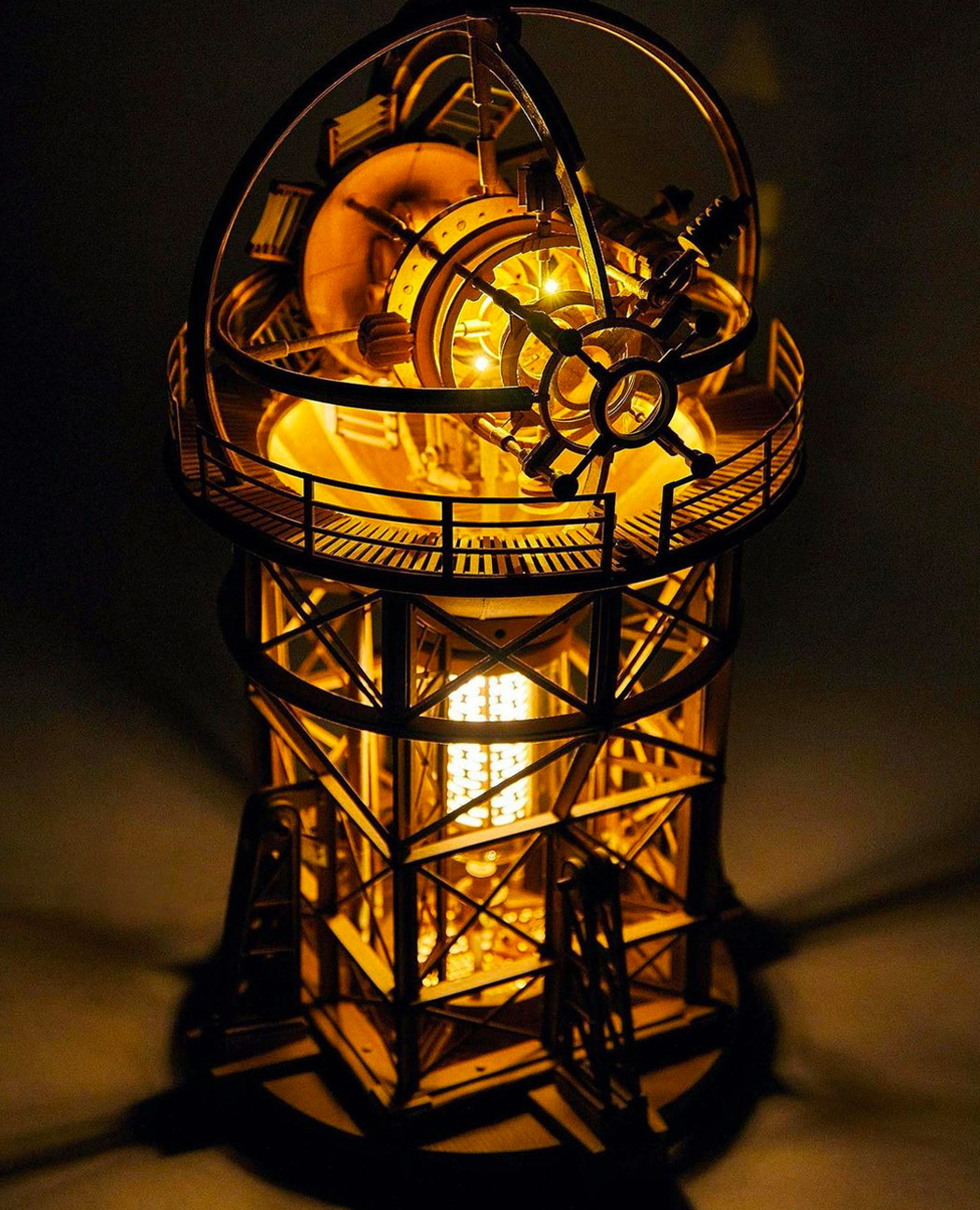 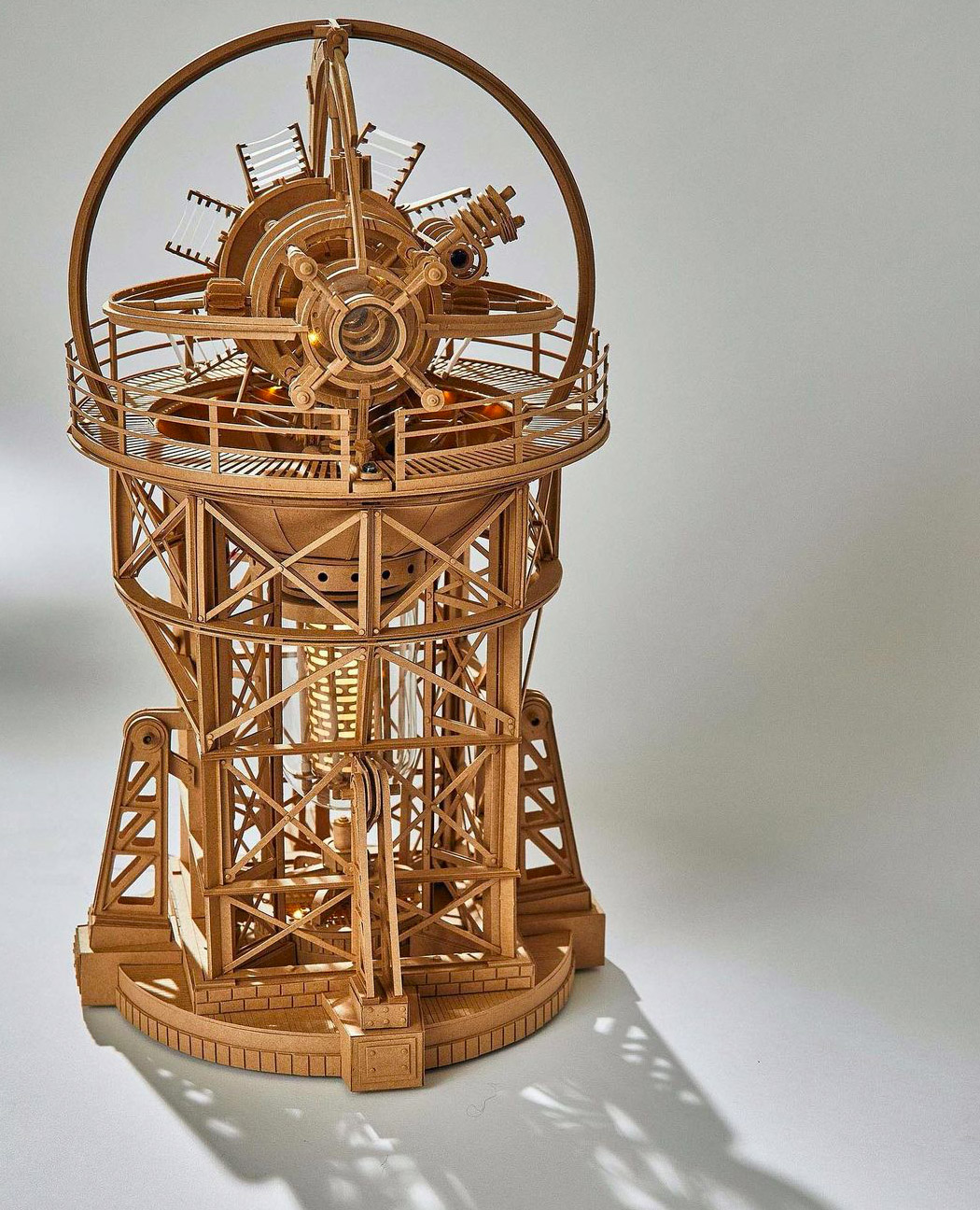 Titled #9, the upper spherical section of this sculpture actually rotates and tilts the way a telescope would, while the lower reactor section pulses! 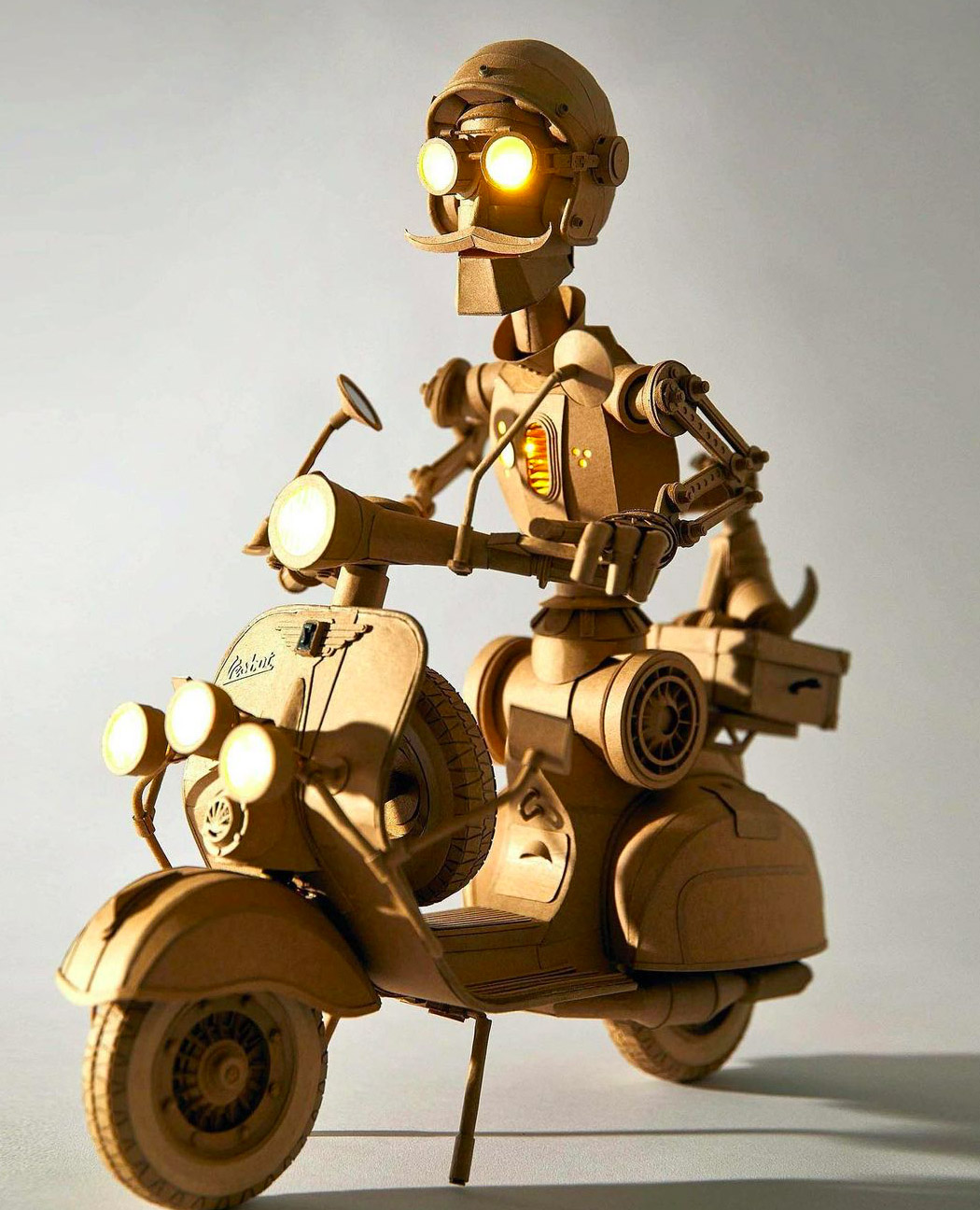 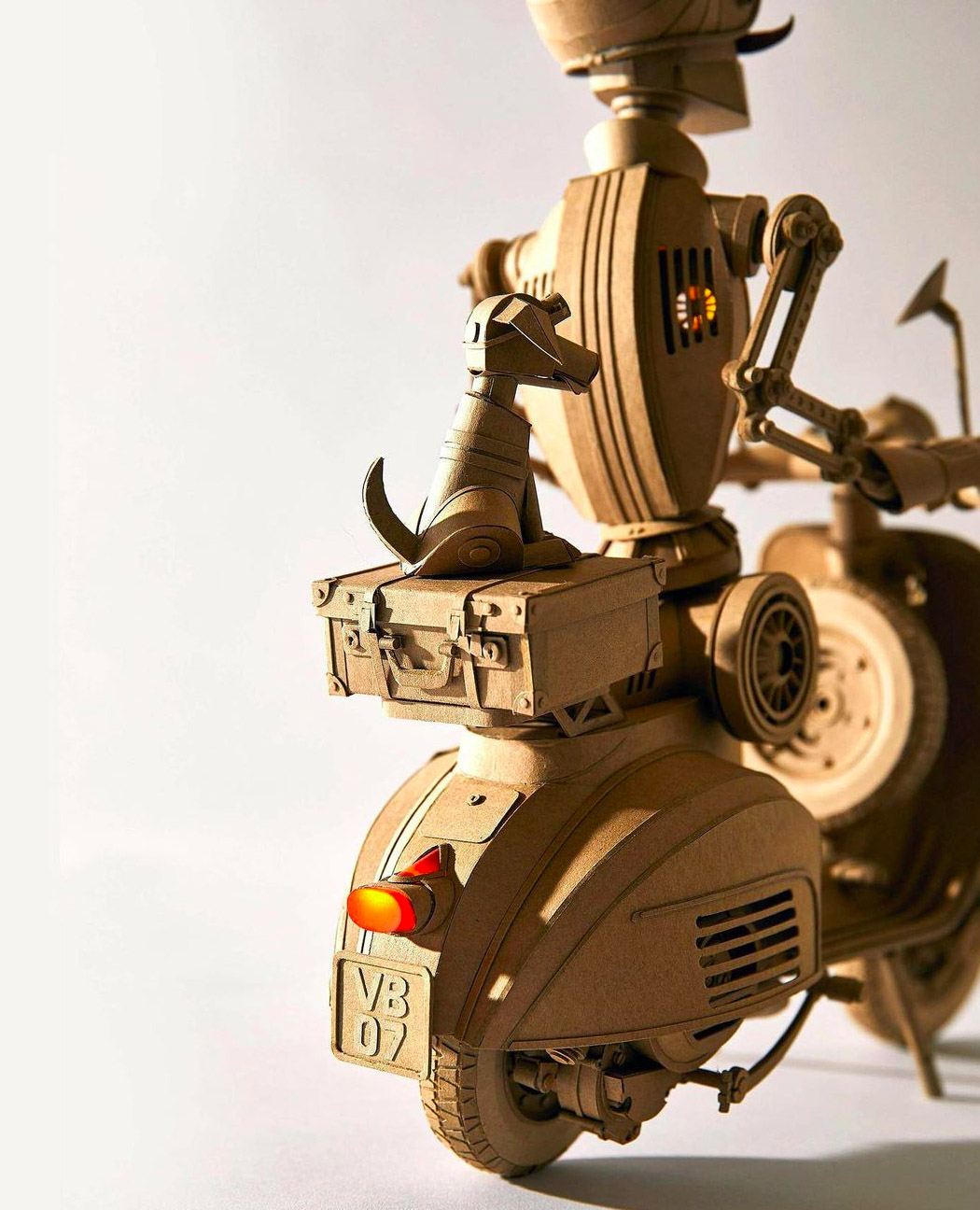 The Vesbot features a robot riding a Vespa! Tire treads, curves on the body panel and spinning wheels make the Vespa look super realistic and technical. This has to be one of my favorite sculptures! 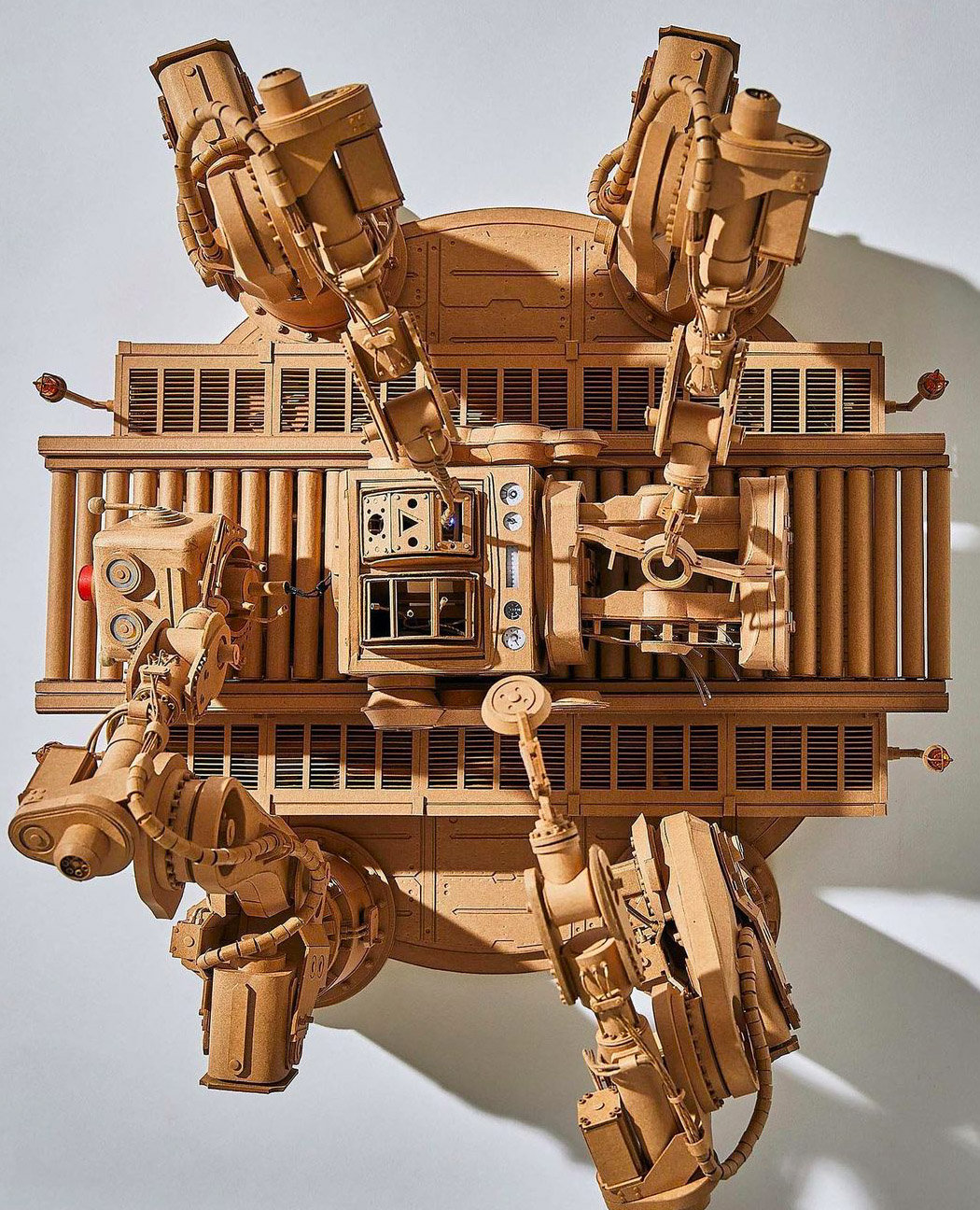 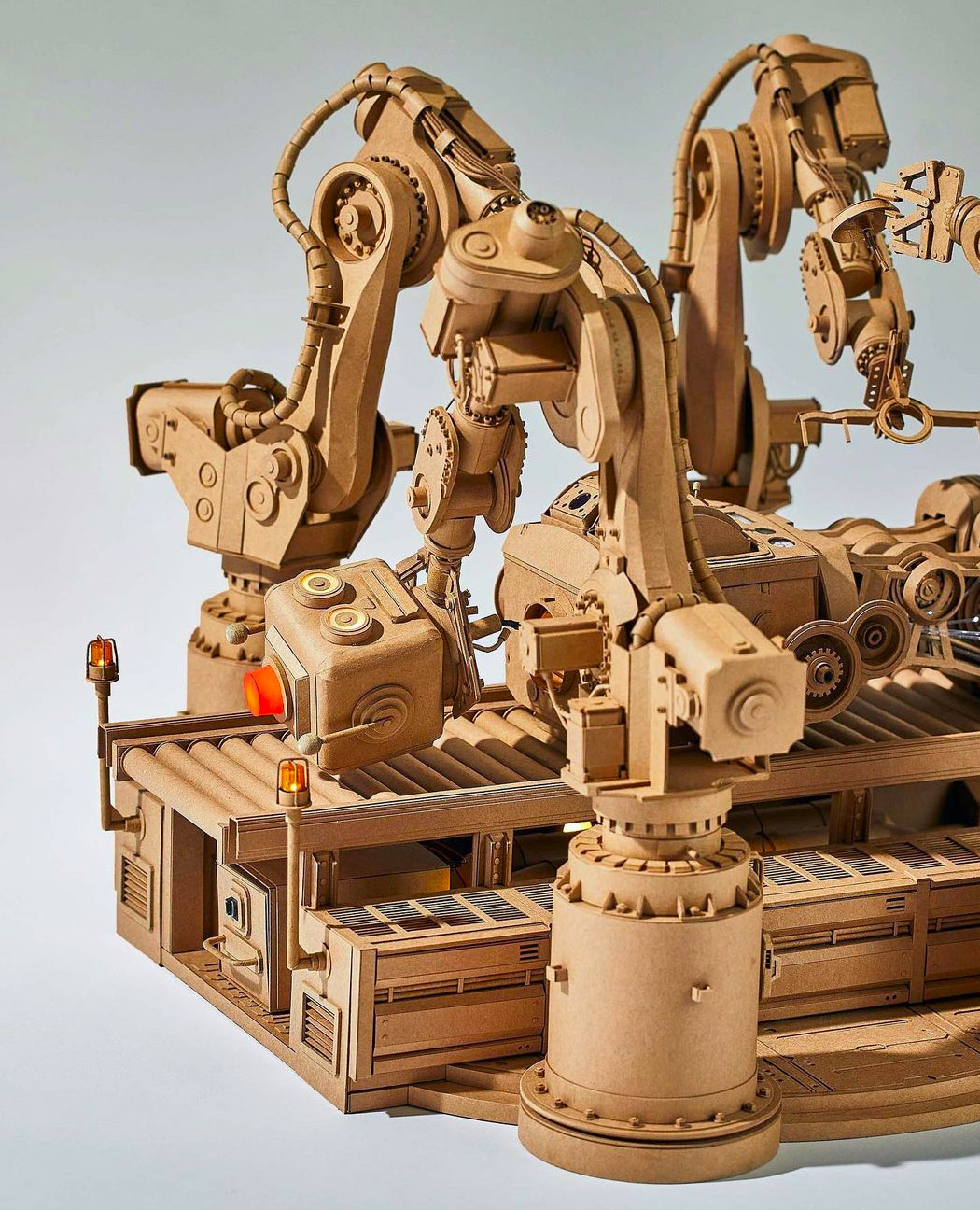 This futuristic piece represents an assembly line. A retro robot is being assembled and put together by modern robots! Quite ironic, no? 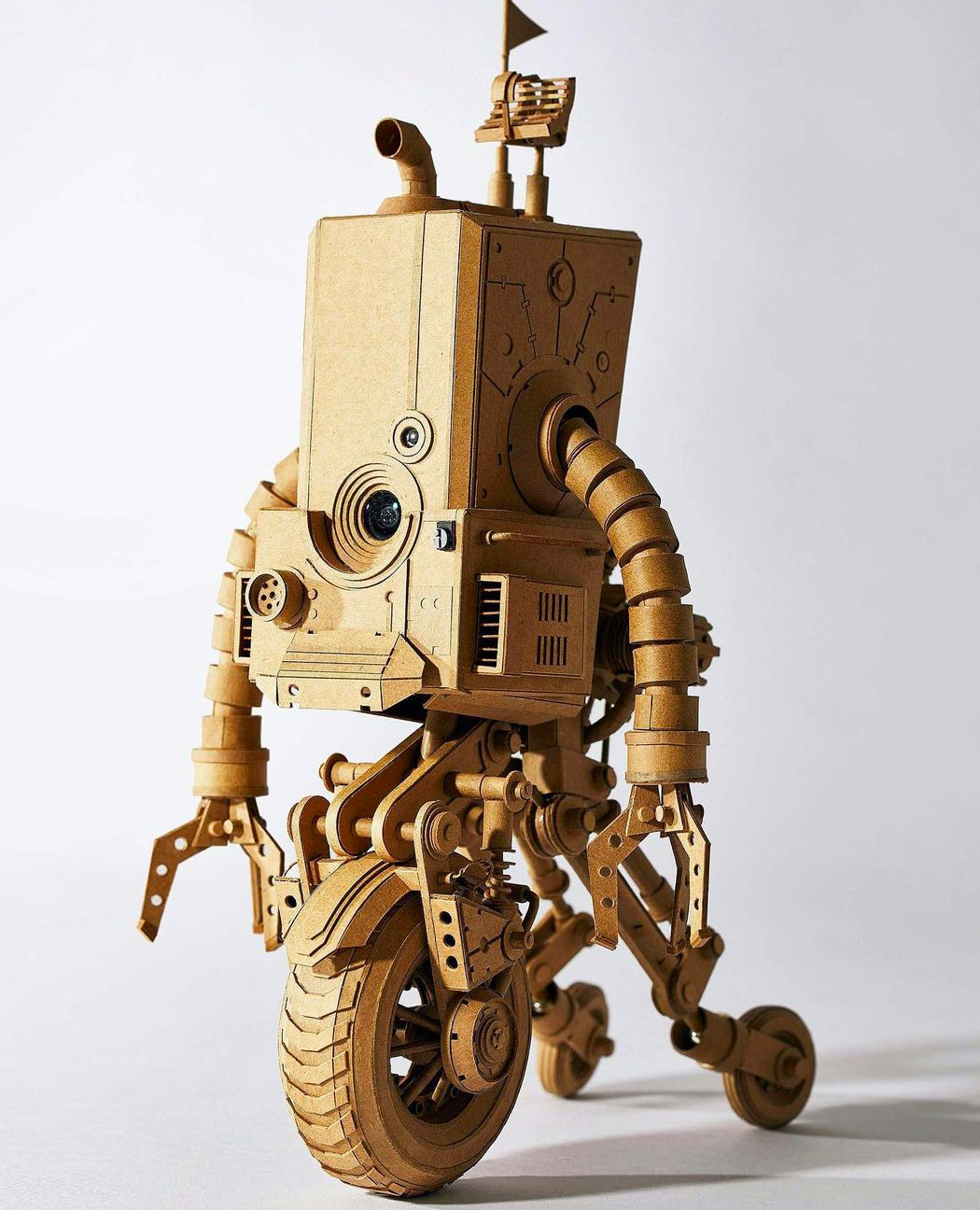 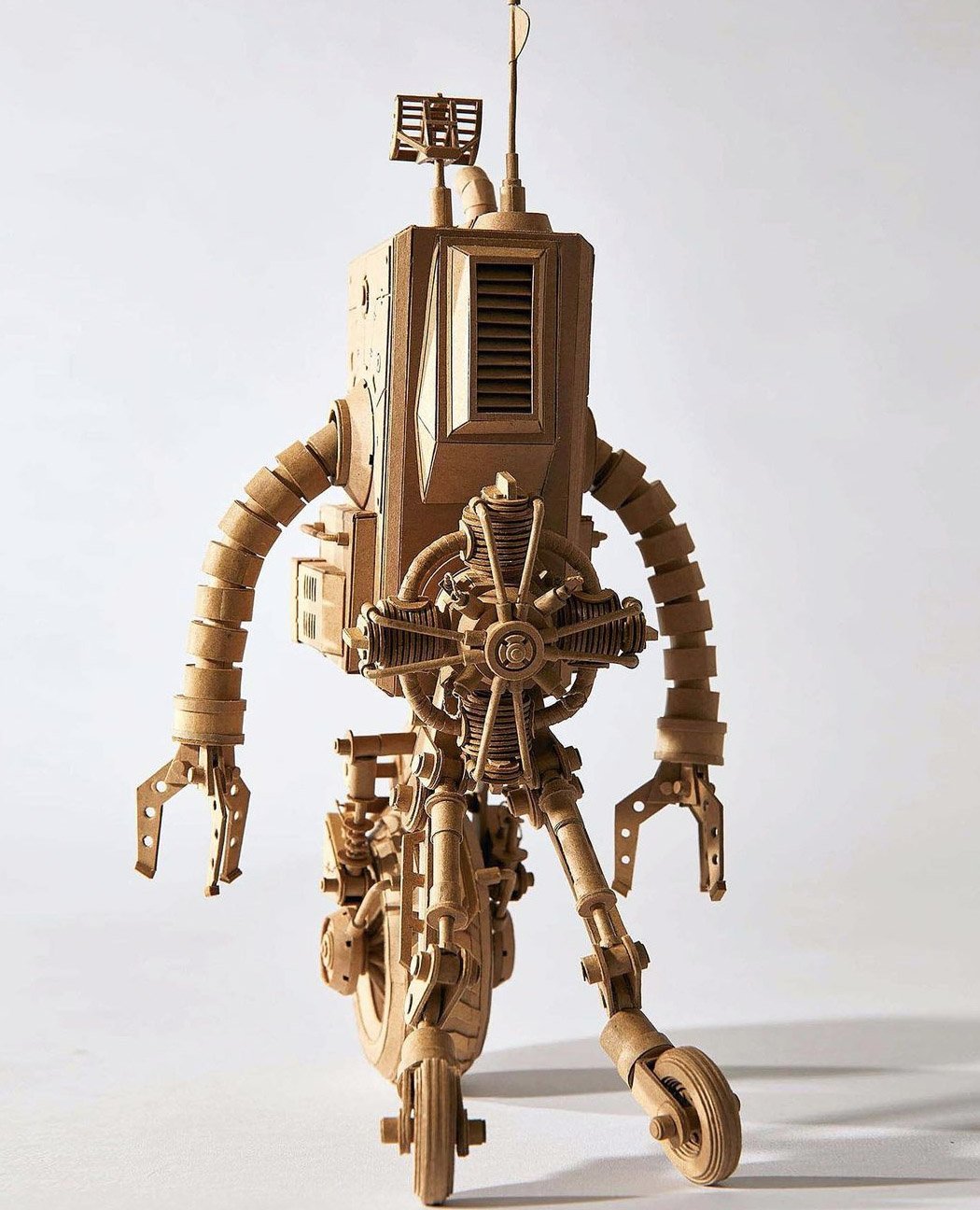 This quirky one-eyed robot has been amped with little wheels and plenty of technical detailing! It’s hard to believe this is all cardboard. 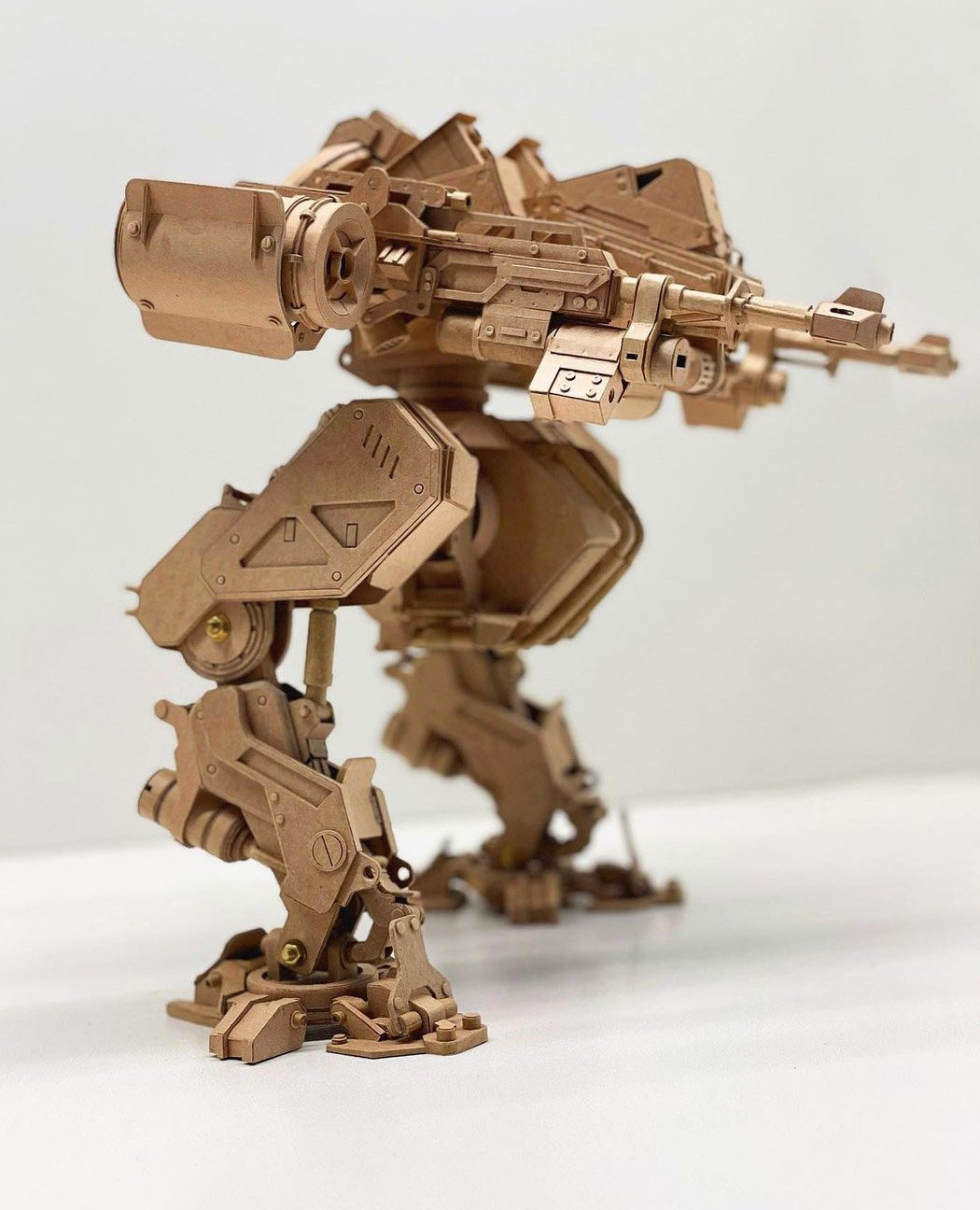 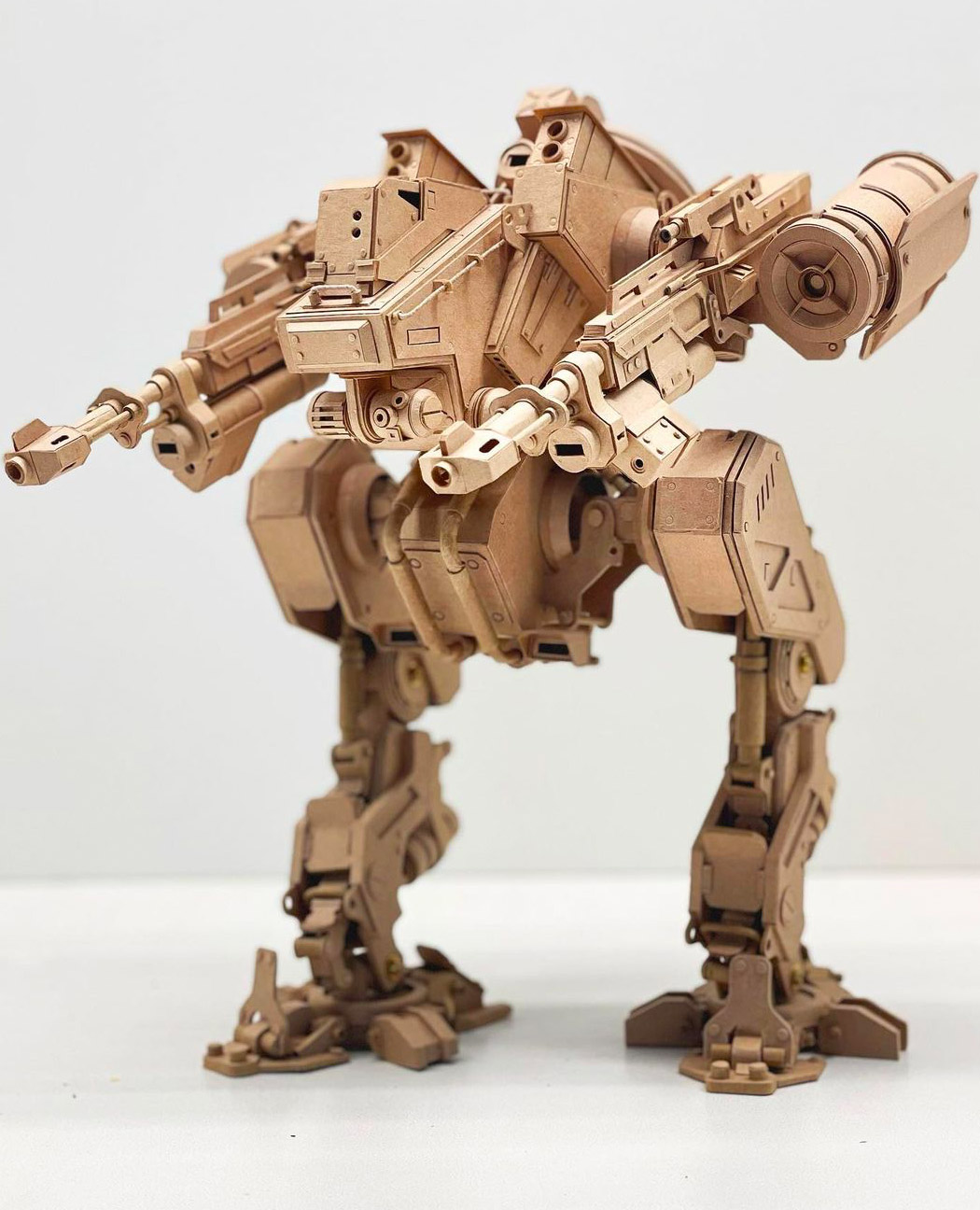 This mecha-inspired robot was built by Olijnyk, based on a design by Dmitriev Vasiliy. The weapon work is incredible!

A jet propeller for your kitchen

The Turbo, like yesterday’s Nest chimney is a futuristic kitchen attachment that takes care of the fumes that arise out of cooking. The important thing…

There’s something incredibly calming about the Whiteout. Designed to be a DJ console that offers incredible amounts of control to the person behind it, Whiteout…