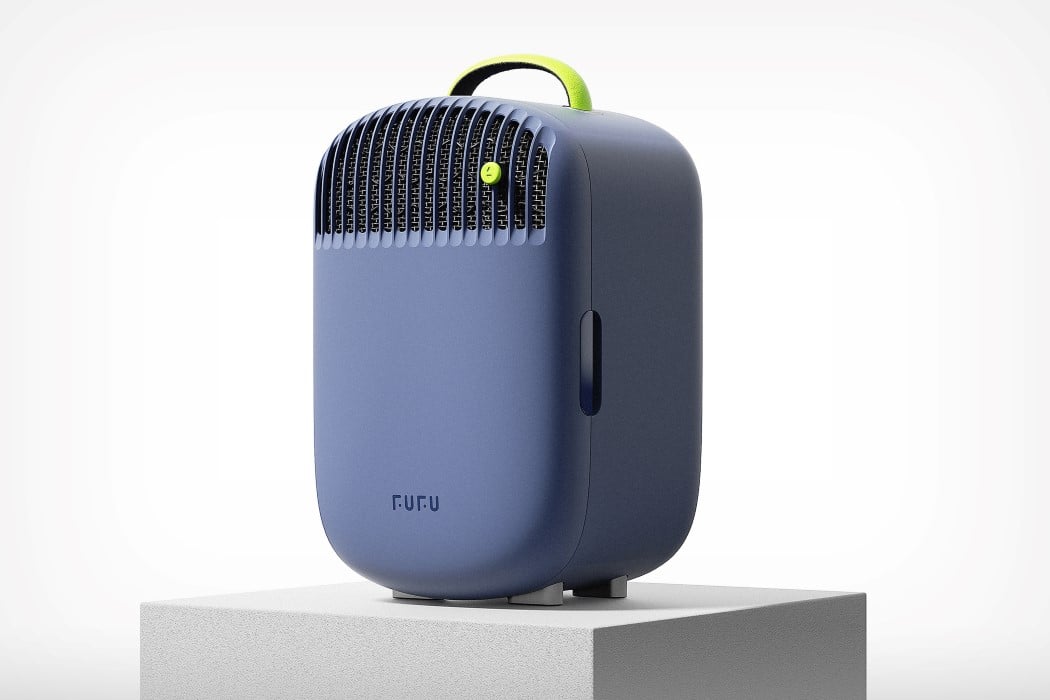 It keeps you cool and chills your brewskis too.

Meet the Fufu. What it lacks in name catchiness, it makes up for with function. Designed to work as a tabletop air conditioner as well as a mini-fridge, Fufu is your ultimate weapon against a hot and sweaty summer day. With the proportions of a backpack, Fufu sits anywhere in your room, cooling your space as well as preserving your food and drinks. It uses two semiconductor cooling systems that run simultaneously, balancing energy efficiency and cooling efficiency together. 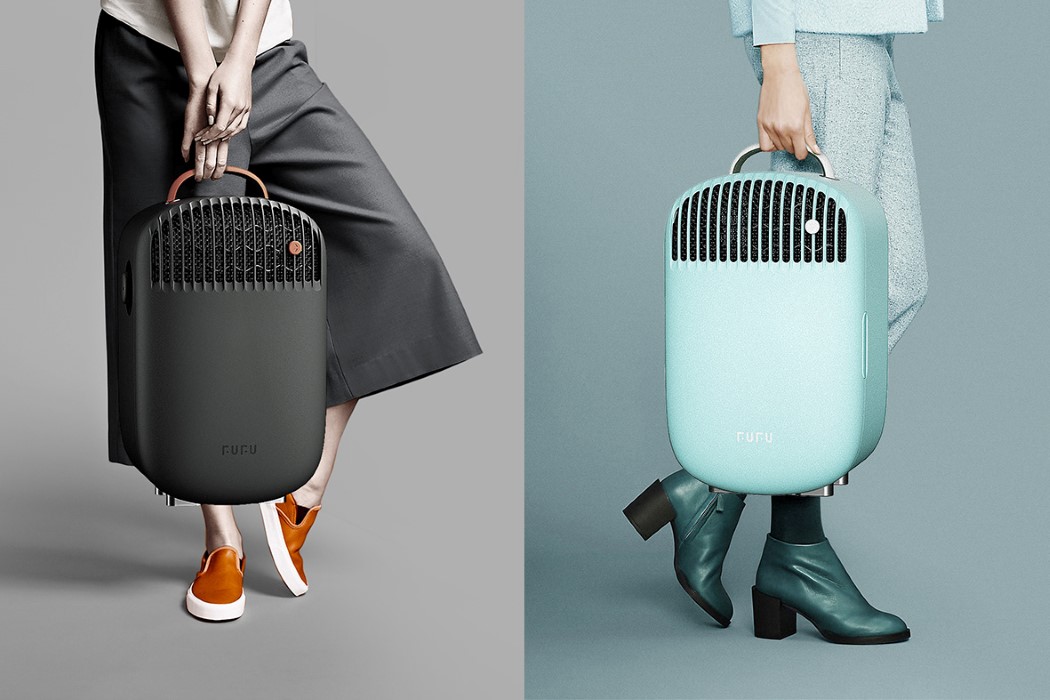 It’s worth noting that Fufu is more of a concept than a real product (otherwise I’d have 5 of them by now). With the design brief of being the ultimate appliance to beat the heat, Fufu keeps you cool externally as well as internally. Its small blower is about the same size as a tabletop fan, while the two-tiered fridge has enough space on the inside to store 12 cans of the beverage of your choice, or you could take a healthier route and store fruits and juices inside too. 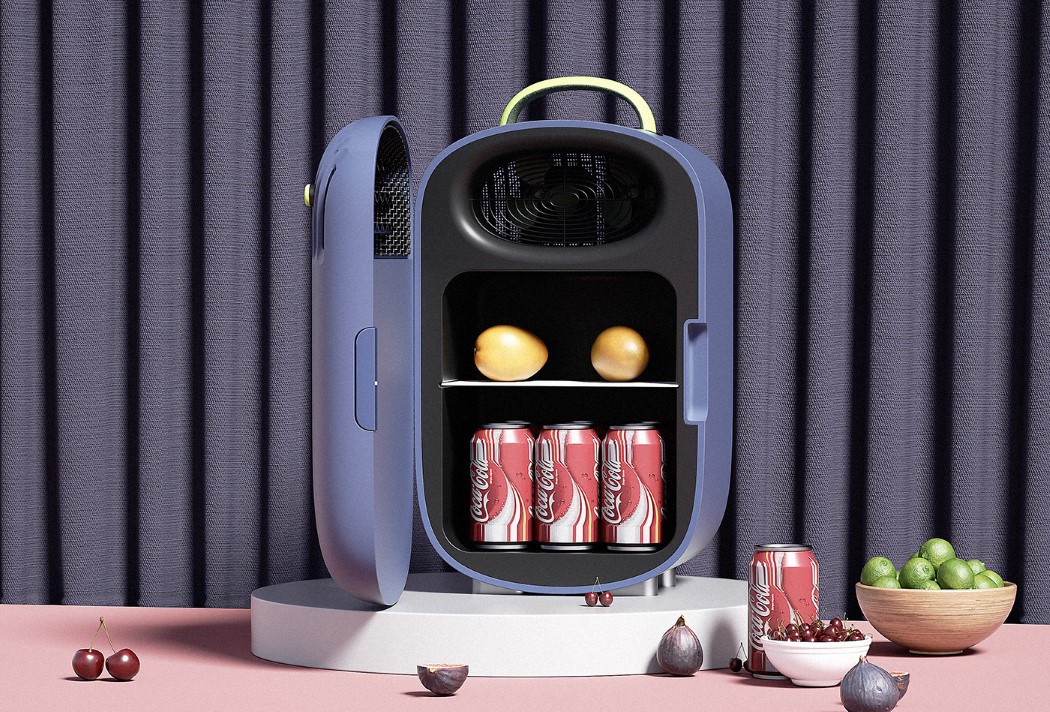 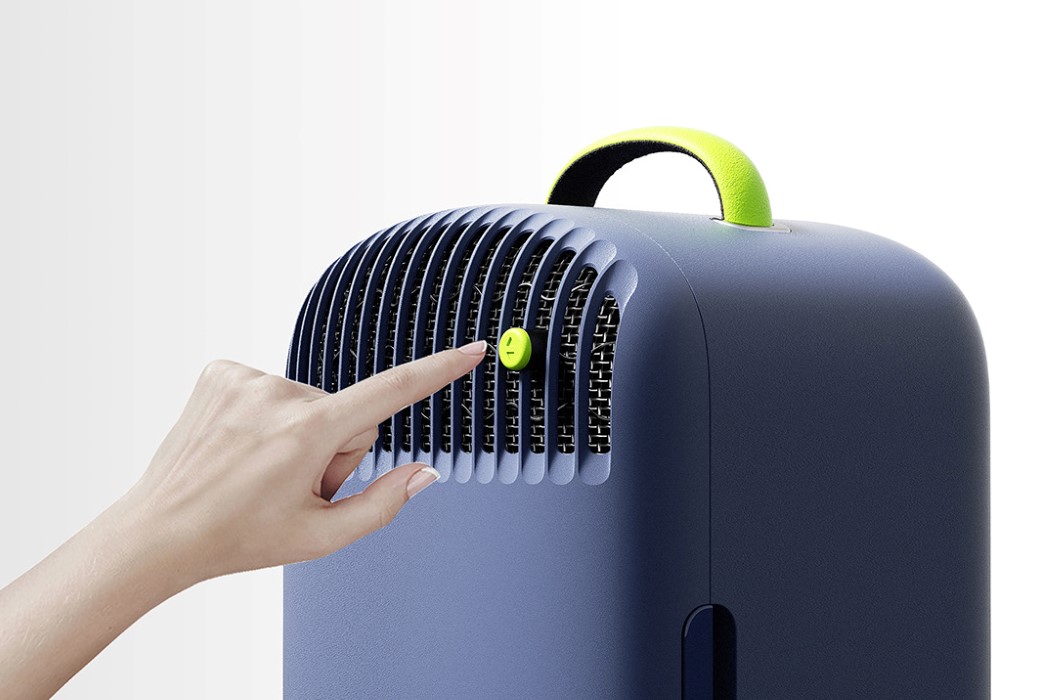 Fufu comes with a pretty simple interface that gives you control over the air conditioning. A knob on the front lets you adjust wind direction by orienting fins just like you would on a car air conditioner, while a dial on the side lets you switch the air conditioner on, select wind speed, and desired temperature. 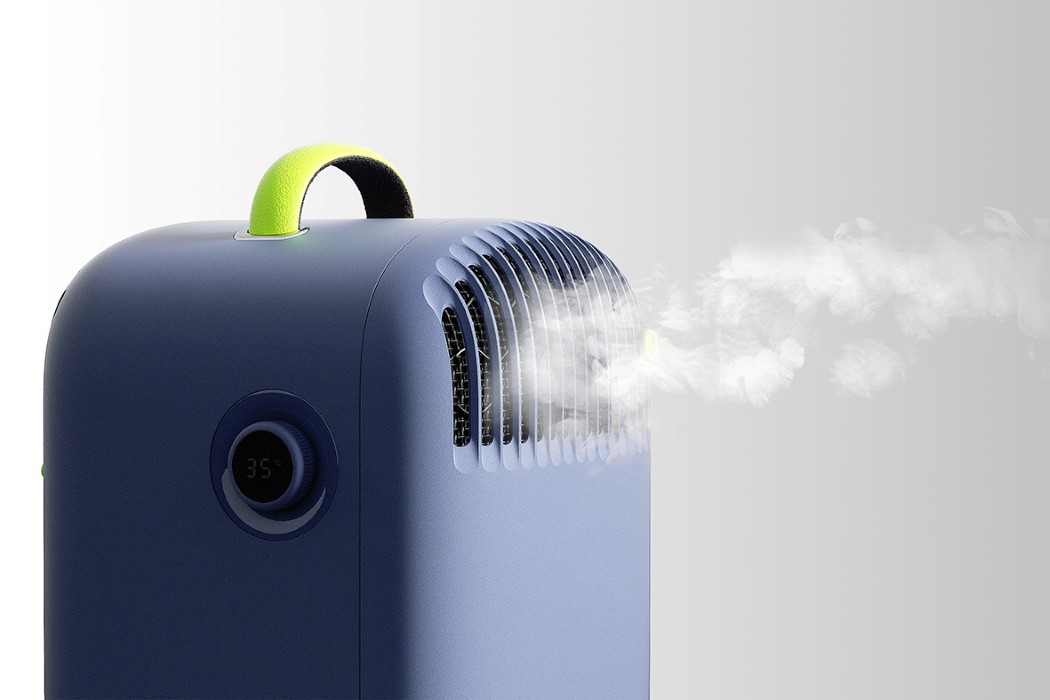 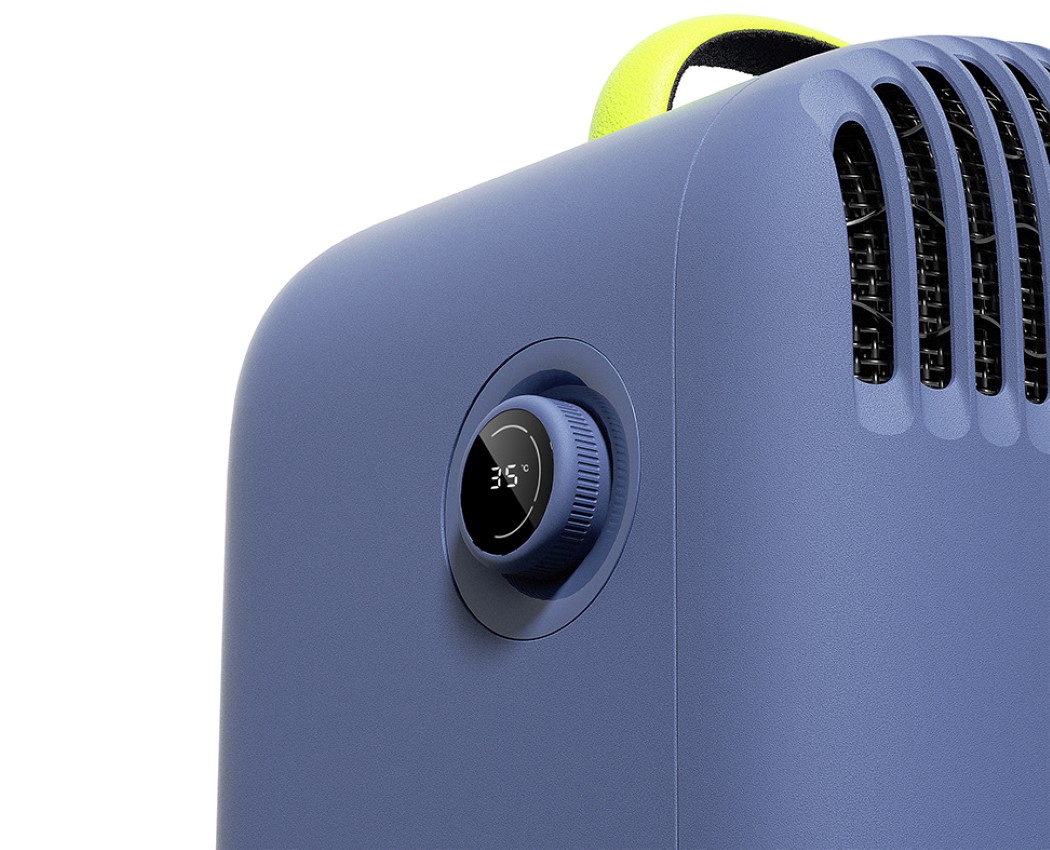 The Fufu’s schematic details how its cooling system would work on paper. Two semiconductor cooling systems work in tandem, creating an efficient balance between cooling the room (or the person sitting in front) and the fridge cabinet. Dual exhausts on the back pushes hot air out, which would probably mean Fufu is best suited for being kept near a window as opposed to against a wall. The designer has even hacked together a proof-of-concept based on the schematic, so maybe we’re close to seeing a working prototype soon? 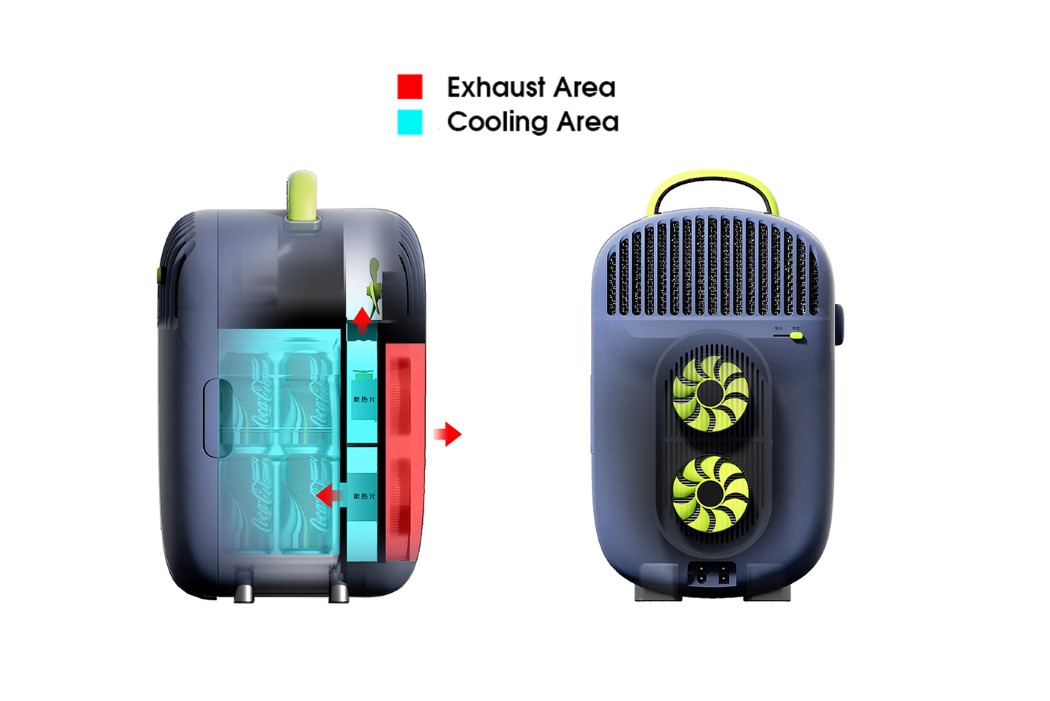 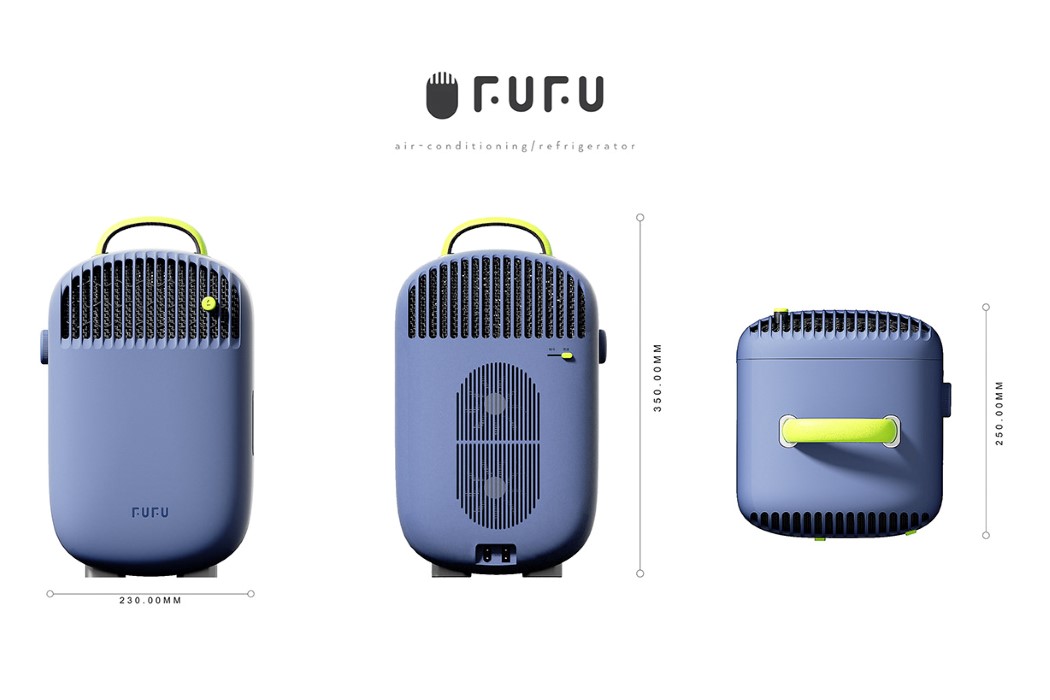 Fufu was built for the Asian audience, Hong Kong in particular. Referred to as the Most Air-Conditioned City in the World, almost every flat and building in Hong Kong is outfitted with air conditioners that run around the clock, keeping rooms as much as 10°-15° cooler than the outdoors. You could also watch this video that details how “Hong Kong became a giant refrigerator” to understand why something like the Fufu would be an instant hit in the region! 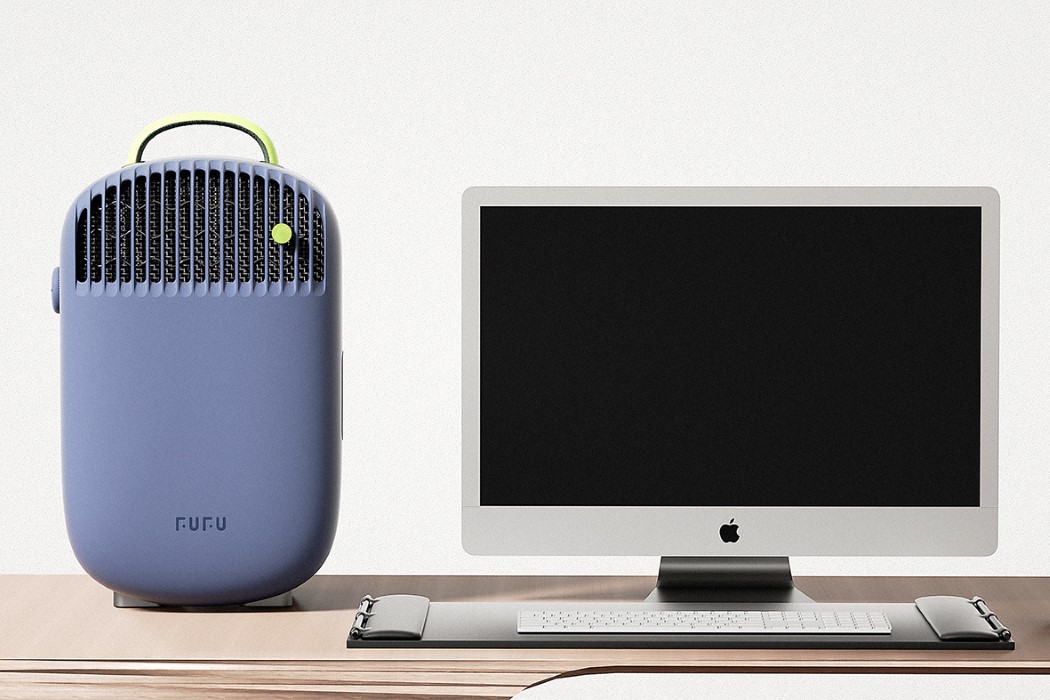 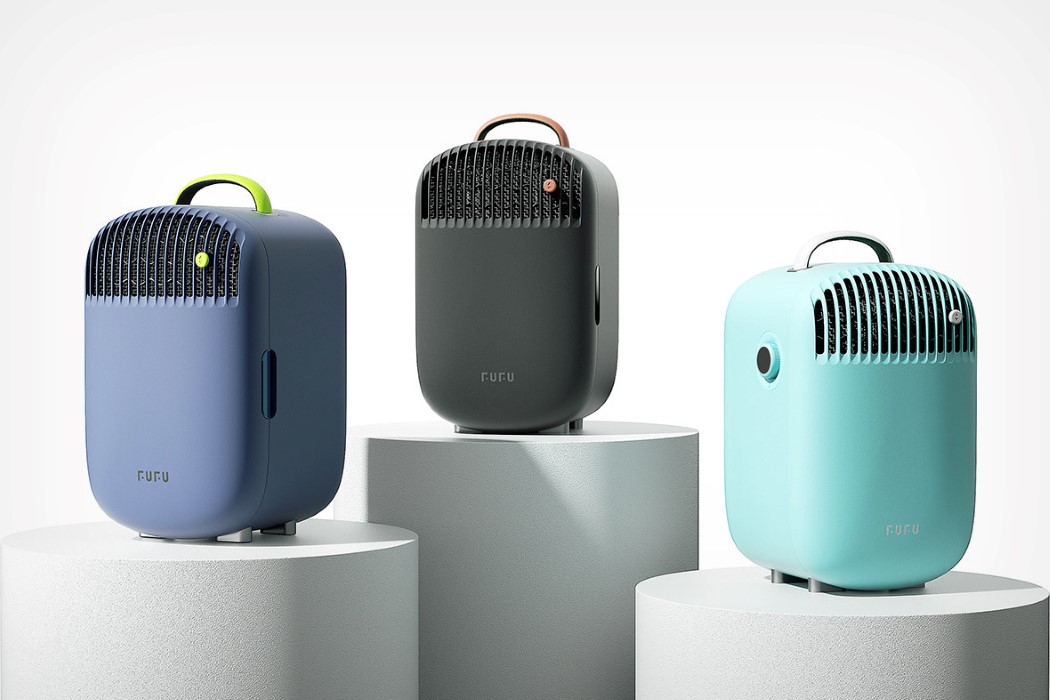 Discovering tangible patterns and predicting future outcomes based on it has always enticed the collective imagination of humanity. From mapping of celestial movements to the…

I love me some Playstation! Not only does this PS4 concept have a natural and believable aesthetic evolution from the PS3, but it is composed…

Now this is a must for any small kitchen. Designer Jill created the Splat Dish Rack which is intended to address the need for additional…

Described by Gearpatrol as the Swiss Army Knife of bartending, the Rabbit Compact Bar Tools kit literally fits your bartending tools of trade into your…