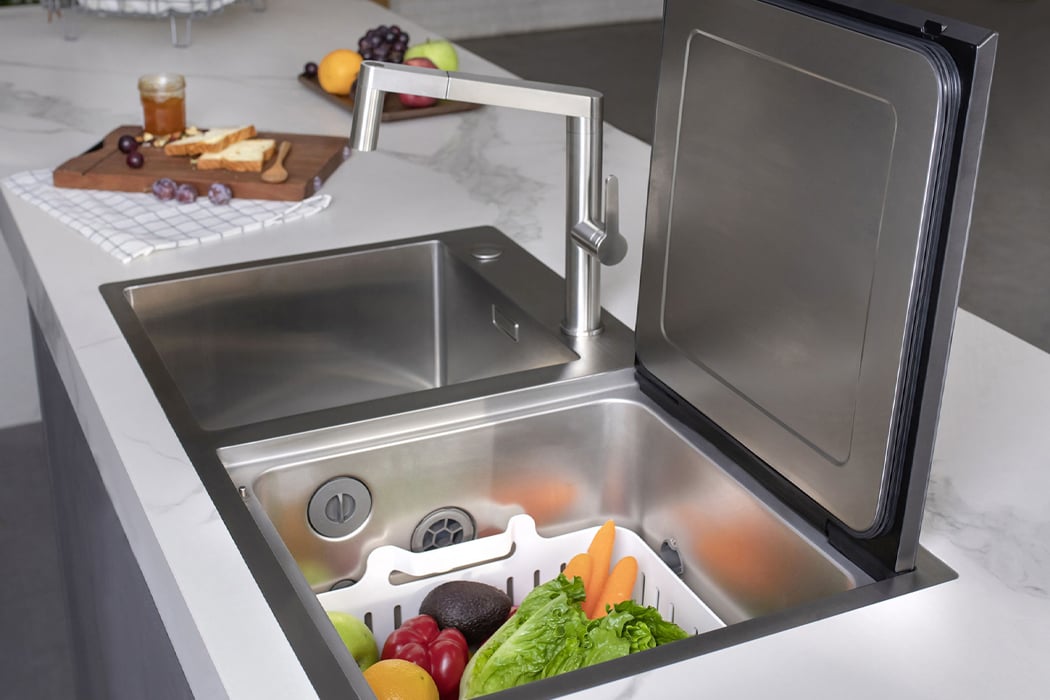 There are two types of people in the world: those who pretend to enjoy doing the dishes and those with dishwashers. If like me, you’re the former, then there’s probably a reason you don’t already have a dishwasher and it’s safe to say that reason most likely has something to do with limited space. Blanco, a design studio oriented around finding water-based solutions for sinks, has launched Vita Neo, their take on the kitchen sink that saves space with an accompanying top-load dishwasher.

Vita Neo was designed and built to create space in the kitchen by merging the kitchen sink and dishwasher. The countertop sink features a stainless steel finish that mimics the jet-black, reflective nature of classic induction stovetops. When inactive, Vita Neo’s surface is continuous and discreet, creating more counter space when cooking or preparing the kitchen. Whenever users choose to activate the dishwasher, a sensor-operated LED display screen brightens up to reveal the different functions of Vita Neo, including vegetable and crustacean-washing along with dishwashing. Built with what appears as a soft-close lid, Vita Neo enacts the use of embedded swing hinges and cushioned, suctioned lining to open and close.

Unless you’re looking at compact, portable dishwashers, built-in dishwashers often require a substantial amount of space in the kitchen. Thinking of even the smallest of details, Blanco reduced the size of a typical dishwasher and merged it with a faucet and sink that fits on most kitchen countertops. Co-developed with German engineers and backed by over 90 years of experience in kitchen-based solutions, Blanco designed Vita Neo for today’s minimal, yet versatile kitchen. 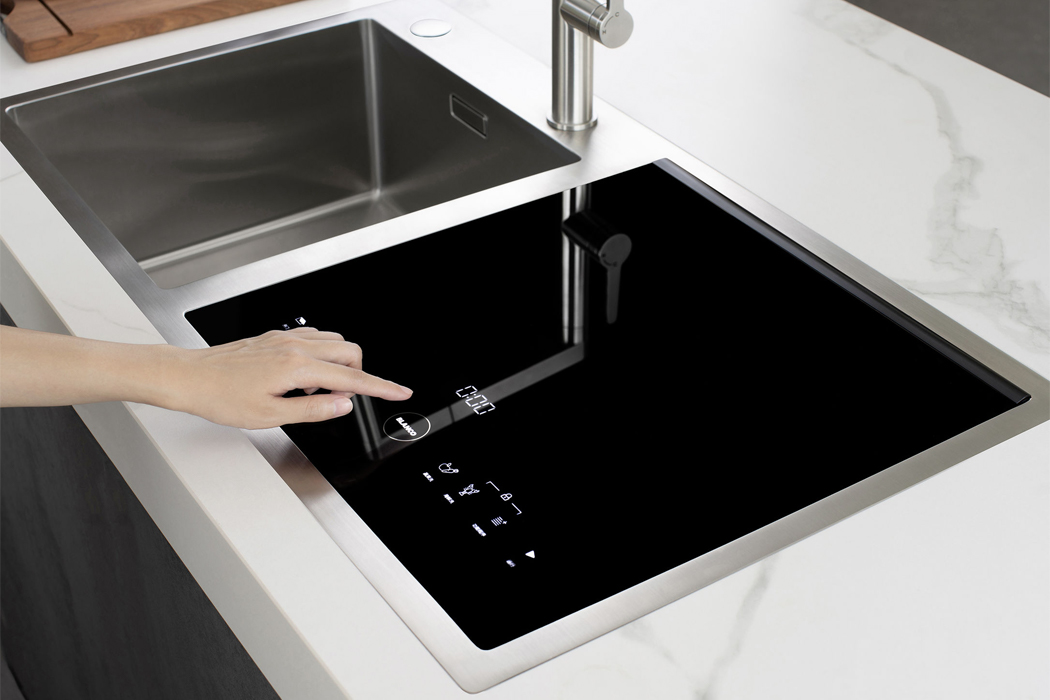 An LED display screen brightens up to reveal the dishwasher’s menu against its reflective, jet-black finish. 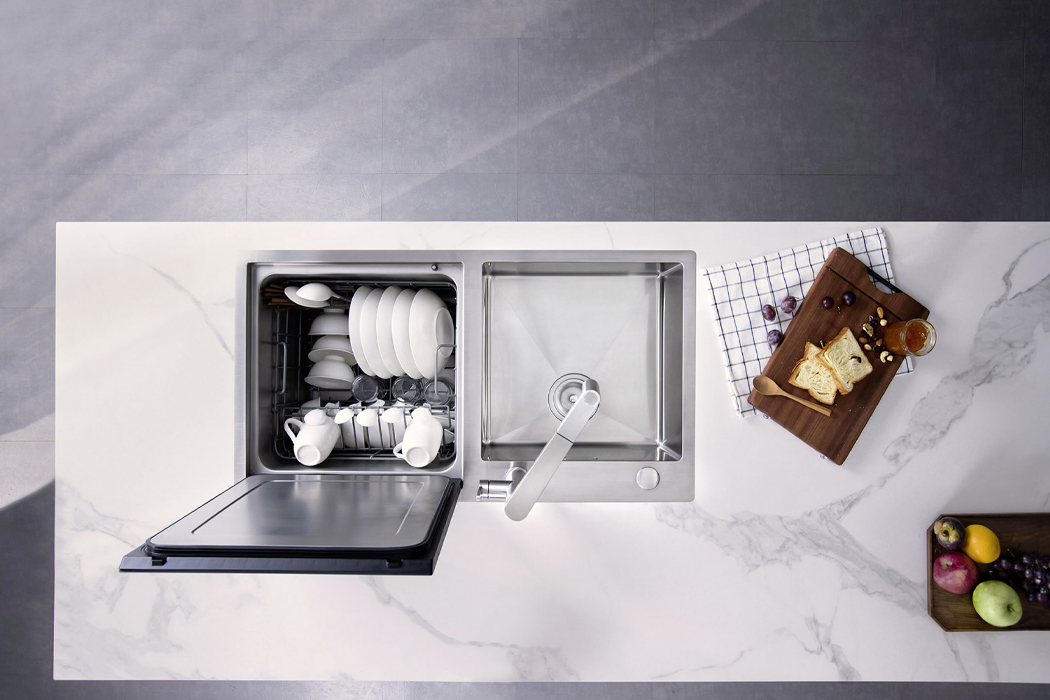 Amounting to the size of a large kitchen sink, Vita Neo is two-in-one: a kitchen sink and dishwasher. 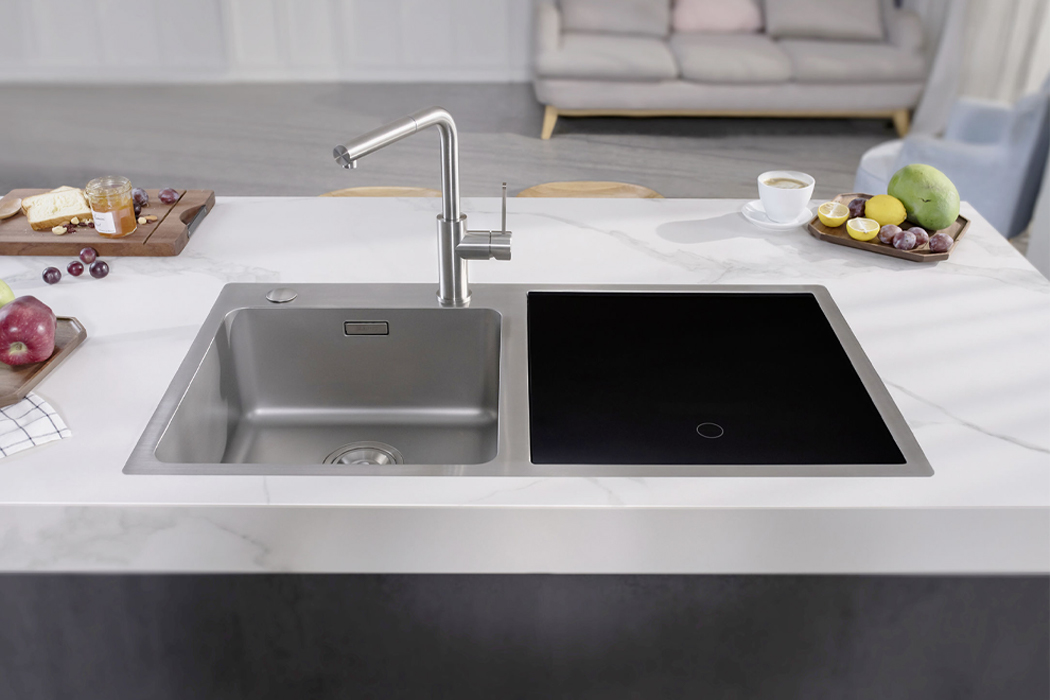 Life is often about asking the right questions. Our first impression of a designer is gathered from their portfolio. While their work may appeal to us,…

These appliance designs were created for the joy of cleaning!

If you’re a cleanliness freak, which is a great thing (really), you know how important it is to own appliances that help you maintain a…

These Lenovo headphones are (theoretically) out-of-the-box

Titled the SoundCube, Eric Guack’s concept headphones for Lenovo literally come with a hexagonal design. Yes, the cups are hexagons too! The boxy, yet out-of-the-box…

This clever cutlery collection goes to show that flatware doesn’t always have to mirror the same mundane shape. This contemporary interpretation is not only different…