Looking less like a watch and more like an ancient relic, the Tambour Carpe Diem is a highly complicated piece of wrist-worn art that has a unique hauntingly beautiful way of telling the time. Developed and produced entirely in-house at La Fabrique du Temps (a Geneva-based complications specialist owned by LV), the intricately assembled luxury wristwatch is Louis Vuitton’s flagship watch of the year… and if you’ve got a trust fund or you happen to be a bitcoin millionaire, the Tambour Carpe Diem could be yours for a cool $475,000.

The word ‘complication’ is pretty fitting for the Tambour Carpe Diem. It looks nothing like you’d expect from a traditional watch, and is filled with incredibly eye-catching Calavera imagery, often associated with the popular Mexican holiday ‘Day of the Dead’. The watch’s face throws you off guard, although that’s totally by design. Created to captivate, the Carpe Diem comes with four automata (complex mechanisms) that bring the watch face to life when you’re reading the time. The watch’s face exists to delight until you get it to tell you the time. With a simple press of the snake at the 2 o’clock position, the watch-face whirrs to life as the rose-gold skull on the dial begins menacingly grinning to reveal the words Carpe Diem written inside its mouth, while the Louis Vuitton logo inside its eye shifts and morphs in shape. The skull is accompanied by an intricately hand-painted and enameled golden snake (by the renowned Anita Porchet), which moves its head sideways to reveal the hour, while its tail points at the minutes. Completing the time-telling experience is an incredible hourglass at the 10 o’clock position that visually counts down the minutes as the day progresses.

The back of the watch is arguably just as consciously designed as the front is. The watch’s exhibition back reveals a black skull-shaped metal plate with a damaskeening finish (also referred to as the Côtes de Genève texture). Behind it lies the LV 525, a movement based on the minute repeating movement constructed by La Fabrique du Temp from a few years ago. The hand-wound movement is made up of a total of 426 components, and boasts of an impressive 100-hour power reserve. All this sits within the Tambour Carpe Diem’s 18k pink-gold case, capped with sapphire crystal displays, and finished off with a premium leather strap and pink-gold buckle. With all those embellishments, it’s pretty easy to justify the watch’s whopping nearly-half-million price tag. It’s less of a watch and more of a luxurious piece of art. Exquisitely designed, with a jaw-dropping time-telling experience (quite literally if you consider the skull’s movable jaw!), the Tambour Carpe Diem is an absolute masterpiece forged and immortalized in an 18-karat pink-gold watch-casing. Probably a much better use of money than Lil Nas X’s satan shoes, if you ask me… 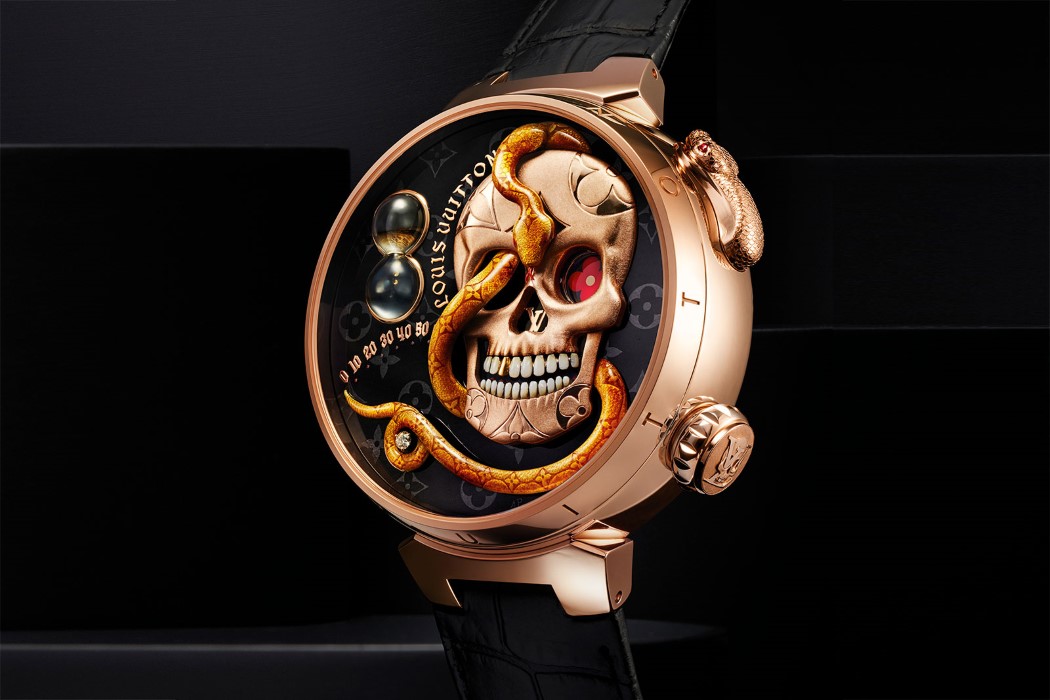 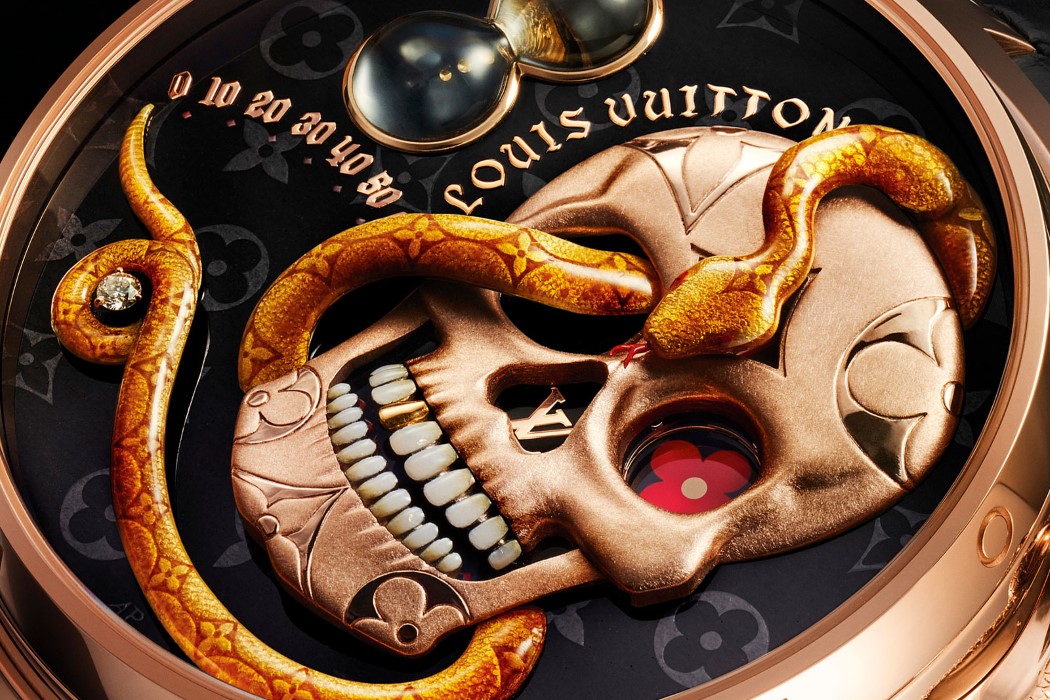 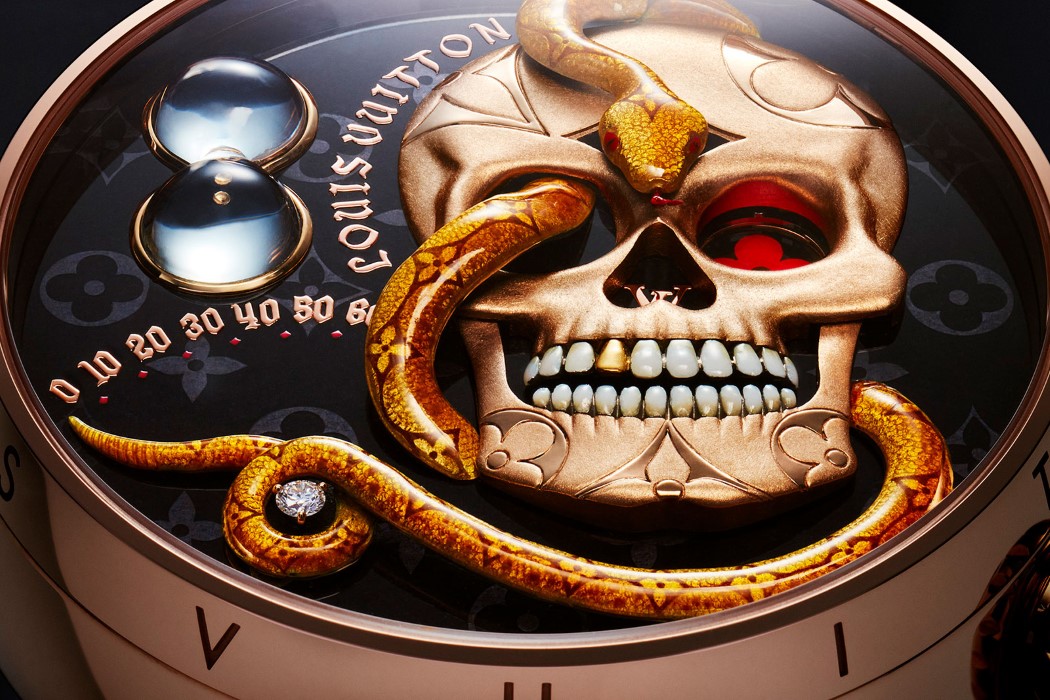 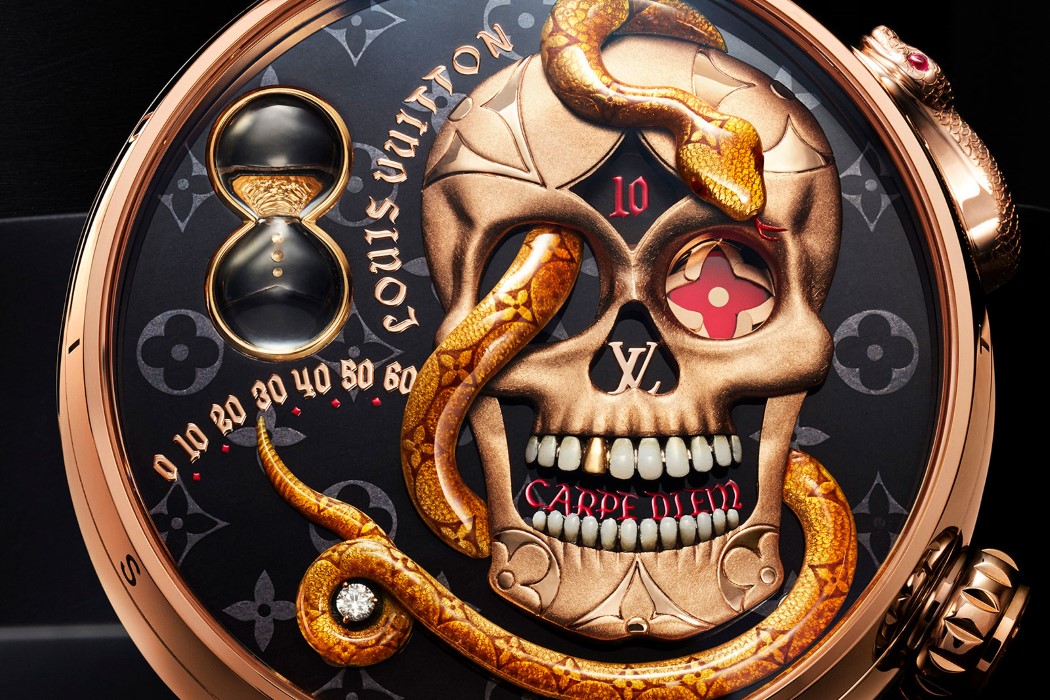 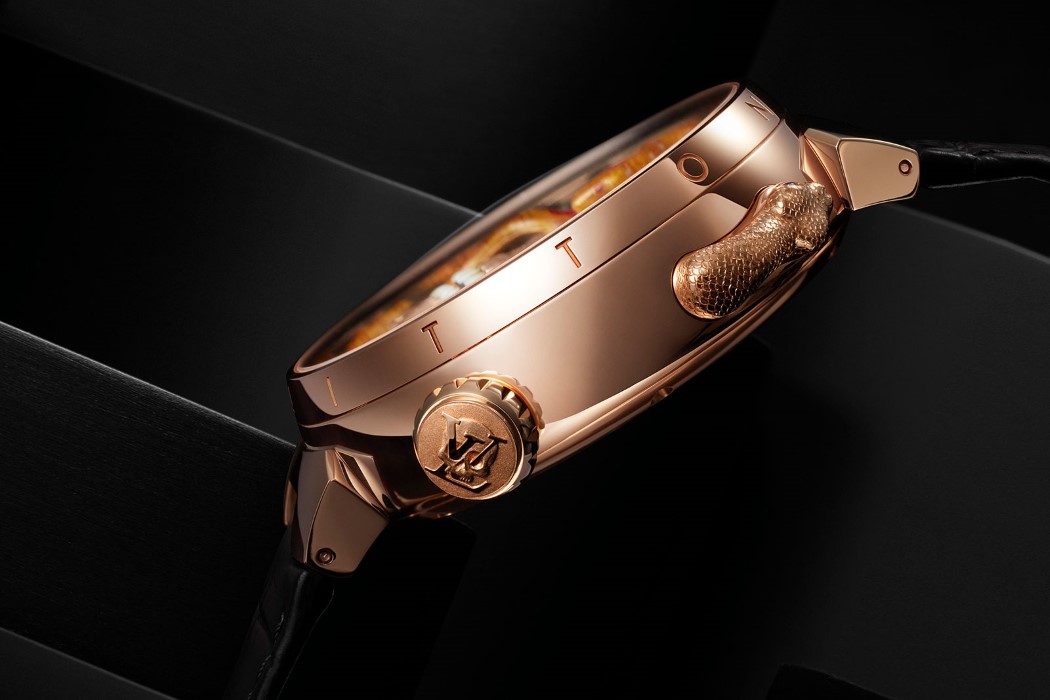 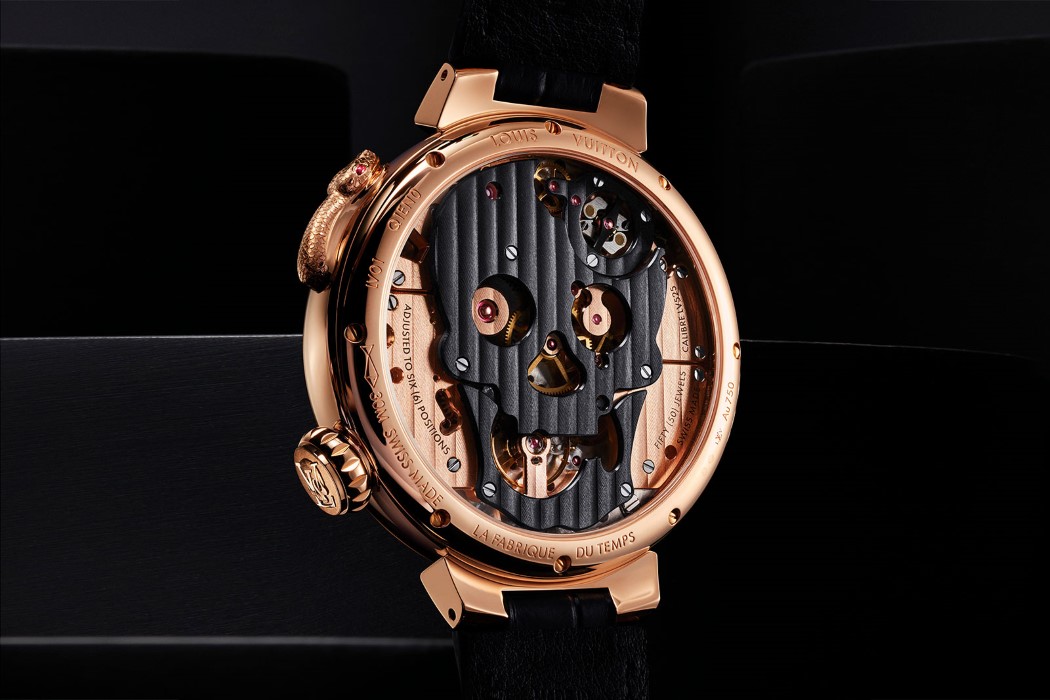 Can Free Weights be Cute?!

Ever heard of memetic product design? It’s a pretty cool concept that explores designing for a specific group of individuals with a shared interest by…

IKEA-worthy ergonomic chairs designed to support your back + help you maintain a better posture!

With the number of hours we spend sitting on chairs, we really should spend more time selecting the right one for ourselves. Whether it’s carrying…

Get Trigger-happy with the Vert!ca Vertical Camera

Due to our trusty smartphones, the vast majority of us always have a camera on our person, and this may have you questioning the need…