I believe the words vintage and classic are interchangeable. Vintage objects have a certain charm to them that transcends time, which is why vintage cars (if well maintained) look just as appealing today as they did decades ago. The same goes for houses, instruments, stationery, art, and even watches. This classic appeal comes from a combination of things. A lot of products were hand-crafted back in the day, owing to larger attention to detail because craftsmanship was given immense importance. These products were also built to last for decades (planned obsolescence wasn’t a thing 100 years ago), which explains why their designs were so timeless. Designers Andrea Furlan and Hamad Al Marri are rediscovering that timelessness and reintroducing it through their wristwatch, the FURLAN MARRI.

Simply put, the FURLAN MARRI is a wristwatch that echoes the perfectionist attitude found in hand-crafted Swiss timepieces. Designed with that very attention to detail and a timeless aesthetic to match, the FURLAN MARRI wristwatch pays its tribute to watchmaking legends like François Borgel or Taubert & Fils from the late 19th and early 20th century… and it does so with its classic aesthetic that’s reinforced by new-age materials and technology. It comes fitted with a Japanese Seiko VK64 meca-quartz movement that sits within a 38mm hand-finished 316L Stainless Steel case that’s capped off with a double-domed Sapphire crystal display. The watch comes with a highly detailed face sporting two subdials at the 3 o’clock and 9 o’clock positions for symmetry, and legible typefaces that boast of a strong character while being easy to read. The Seiko meca-quartz movement gives the watch’s seconds hand a smooth, buttery movement, almost making the dial look like it’s doing a choreographed dance to tell the time. For flourish, the watch’s case sports a stepped design along with a textured crown and two engraved pushers, all lending to the watch’s timeless aesthetic. The case, crown, and pushers are meticulously hand-polished to create that drama of light and shade, while the base sports a brushed radial finish on the outside, and a perlage finish on the inside with FURLAN MARRI’s seal and the watch’s reference number.

The watch’s color variants add to its classic flavor. With 5 different variants to choose from, FURLAN MARRI offers choices between polished silver and rose-gold finish bodies, with black, white, grey, and even salmon and chocolate colored/lacquered dials. Among the 5 variants are two that are exclusive to Kickstarter. The Havana Salmon (with the chocolate-colored face) and the Farro (with the rose-gold body) will only be available to backers on Kickstarter, while the other three variants – Mr. Grey, Laccato Nero, and Tasti Tondi, will be available on the FURLAN MARRI website after the campaign ends, although at the higher retail price. Each watch is complemented by fine interchangeable Italian leather or suede straps (including a complimentary pair of straps with each purchase) all packaged in an incredibly eye-catching burgundy collector-worthy travel box. The box is practically a work of art in itself, as it echoes the same principles of classic attraction that are imbued within the watch. The FURLAN MARRI watches ship to backers as soon as August 2021, and you can grab them at an early bird price of $350. 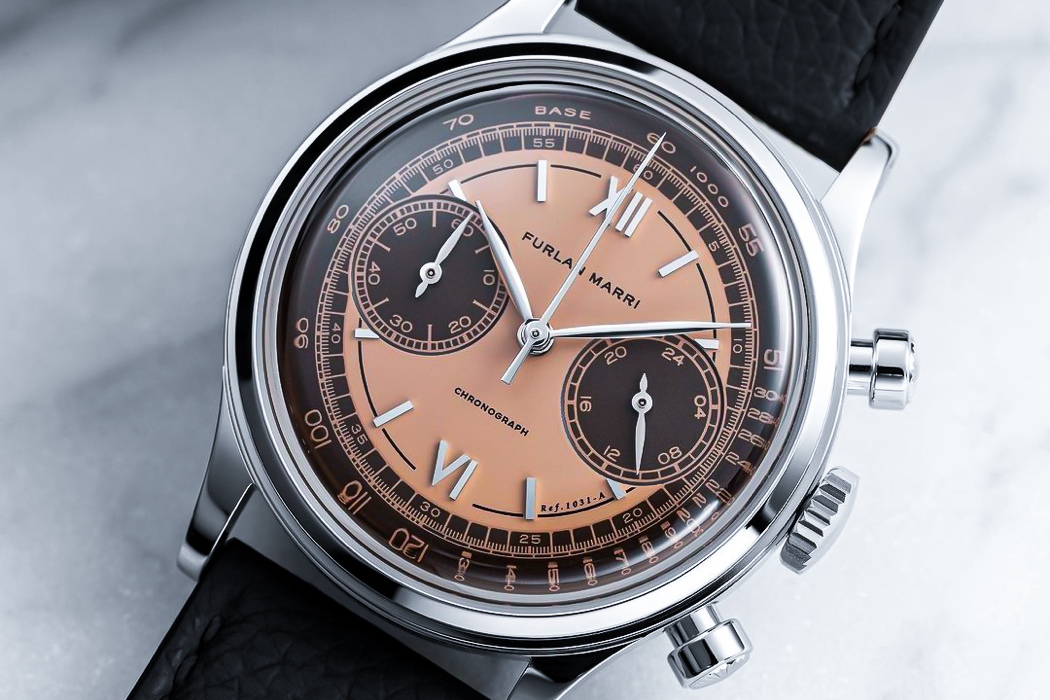 FURLAN MARRI pays particular attention to the legibility of the dials, with typefaces (one called Decimal and another named Henderson) chosen for their strong characters and uniqueness. 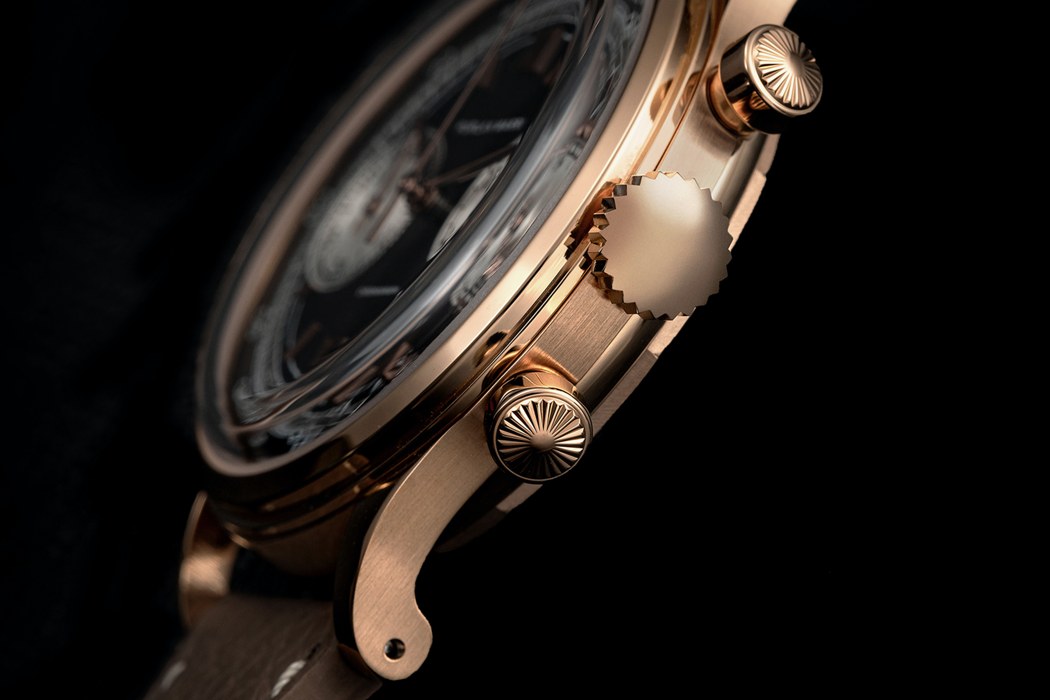 The lightness of the shapes and the simplicity of execution are not to the detriment of the attention to details, as shown by the big engraved pushers, the caseback with a “perlage” finish on the inside and polished-circular brushed on the outside. The result is a carefully crafted piece, with a focus on desirable details, born from the heart of true watch lovers. 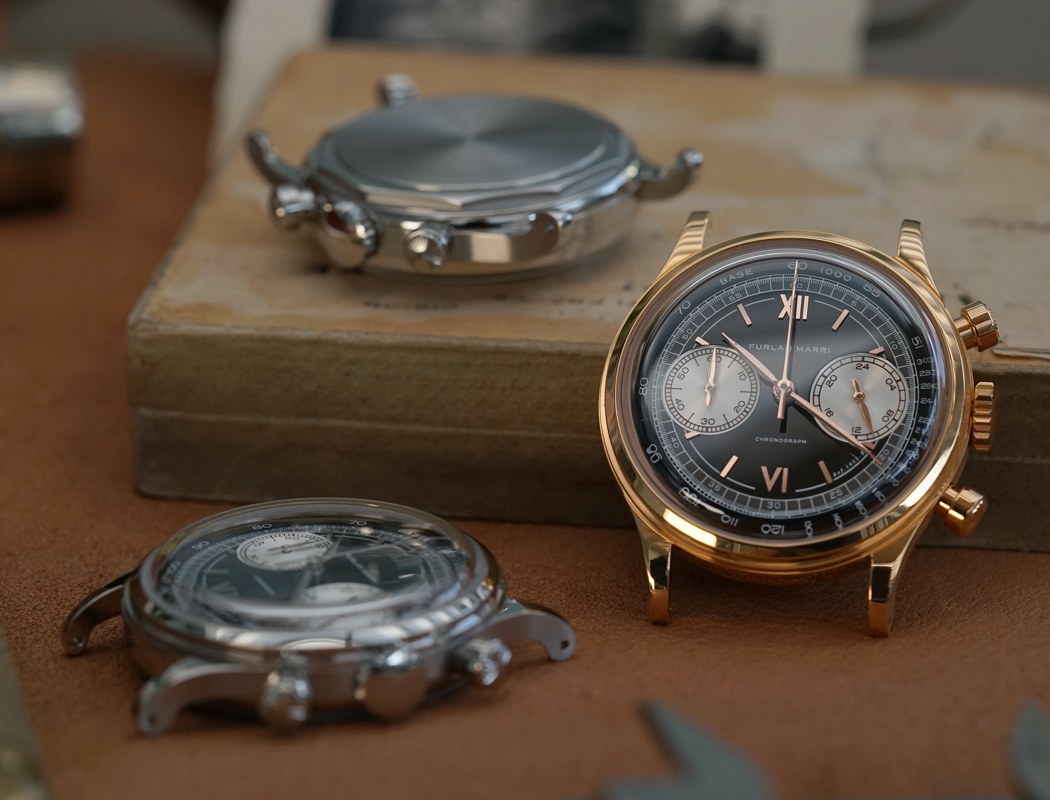 Each of the 5 models is a collectible and has Unique Reference Numbers. Two of the five references (reference 1031-A “Havana Salmon” and reference 1022-B “Farro”) are exclusively made for Kickstarter and will not be produced anymore after the campaign. Each of the watches will be laser engraved with a unique reference number. 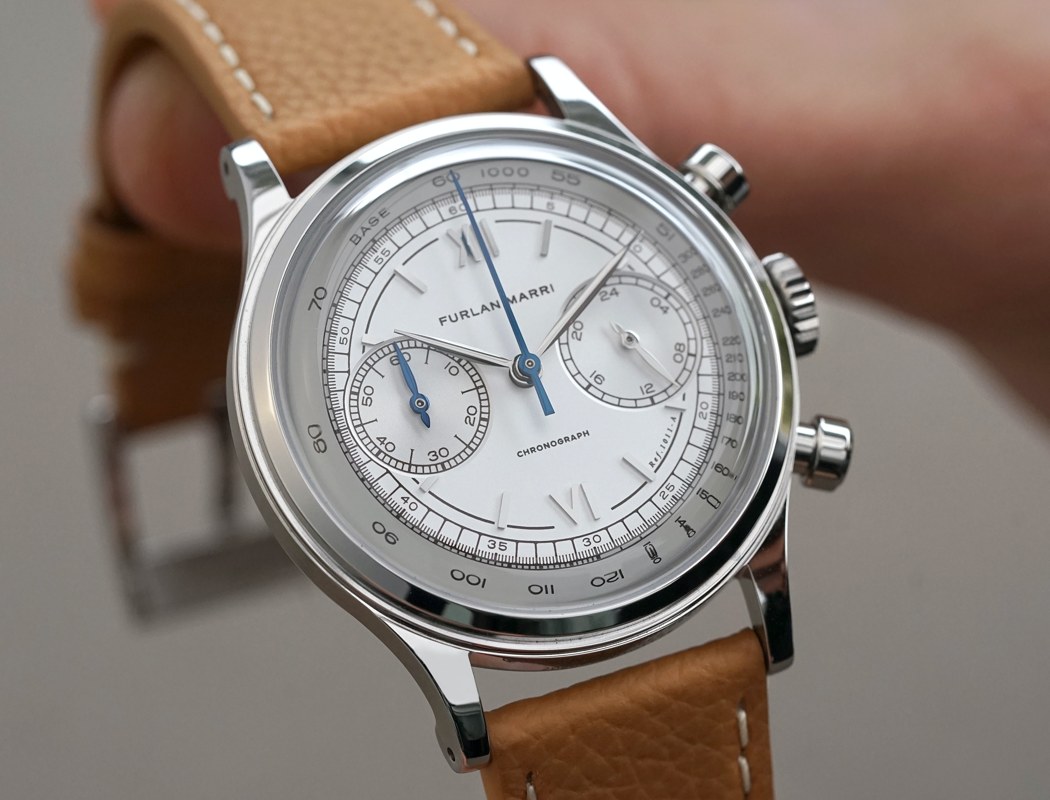 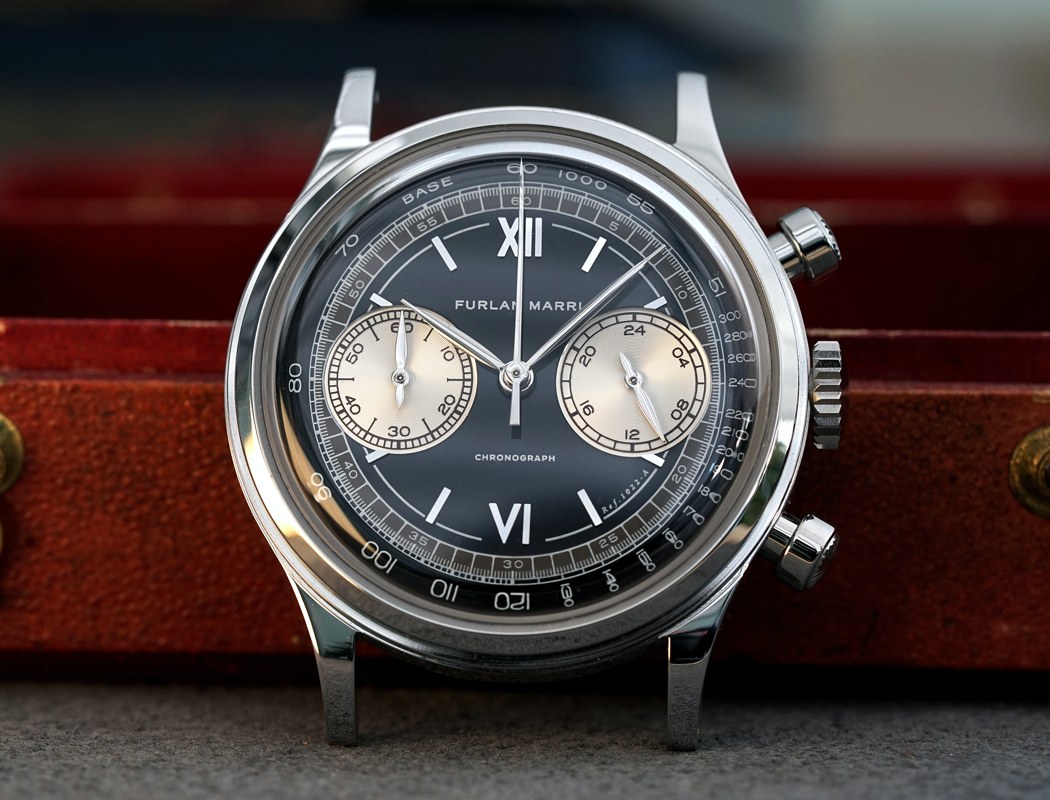 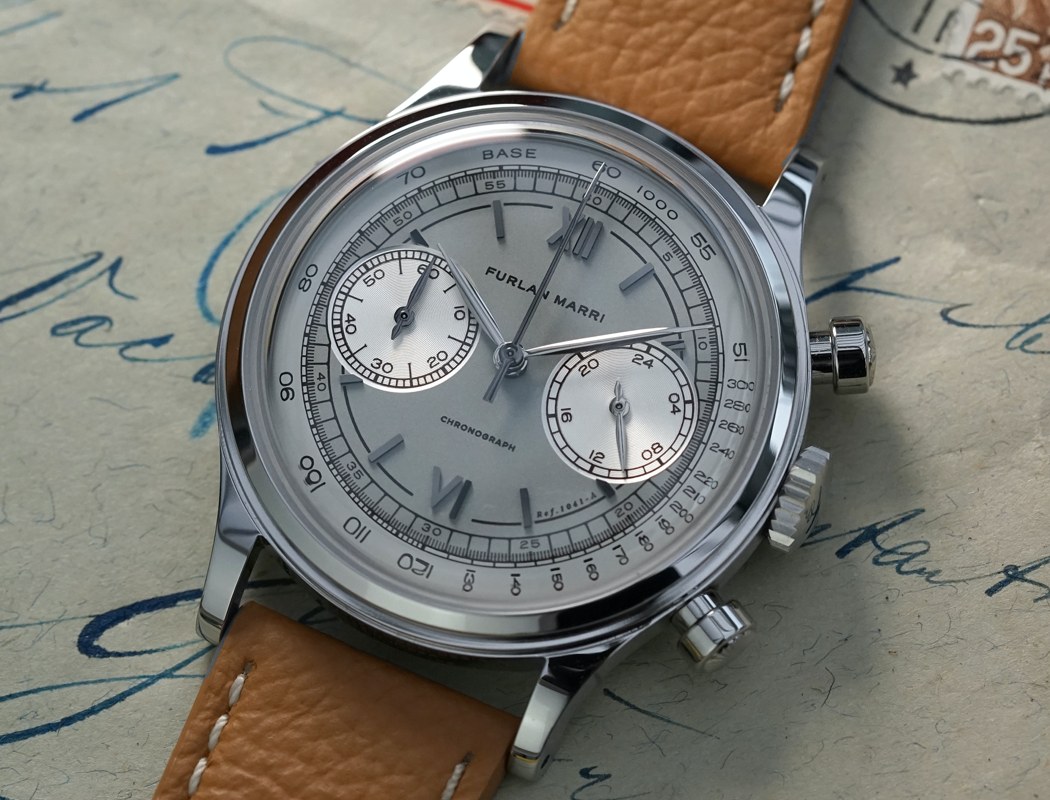 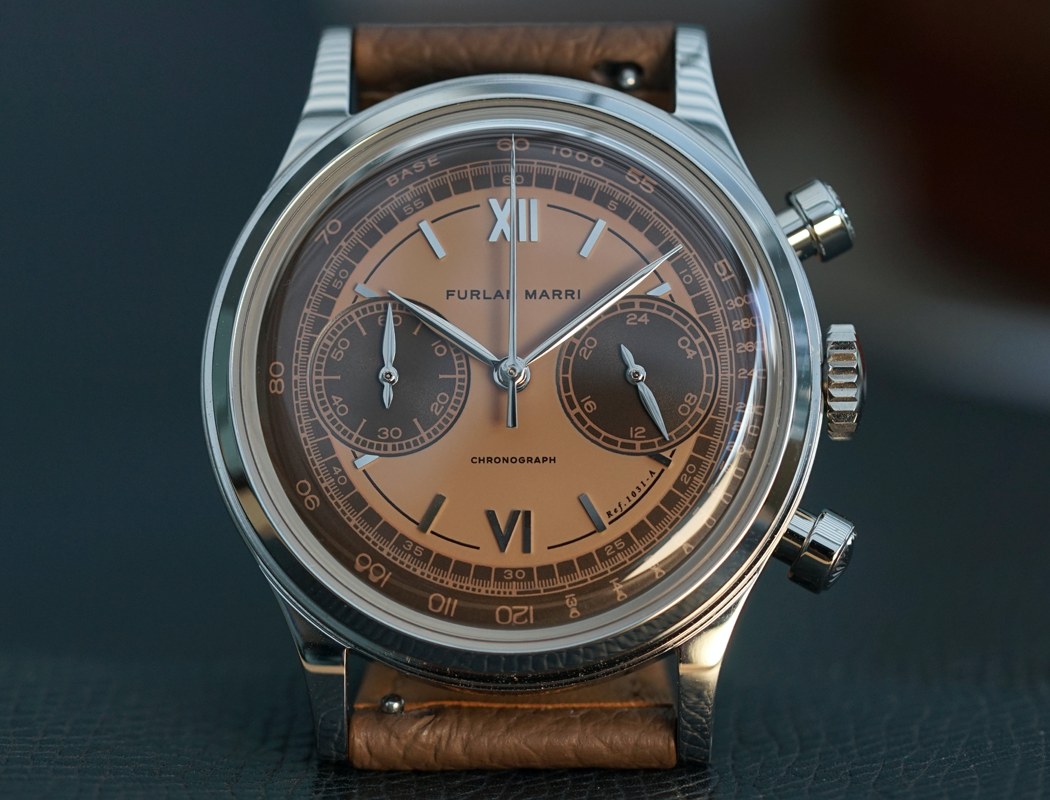 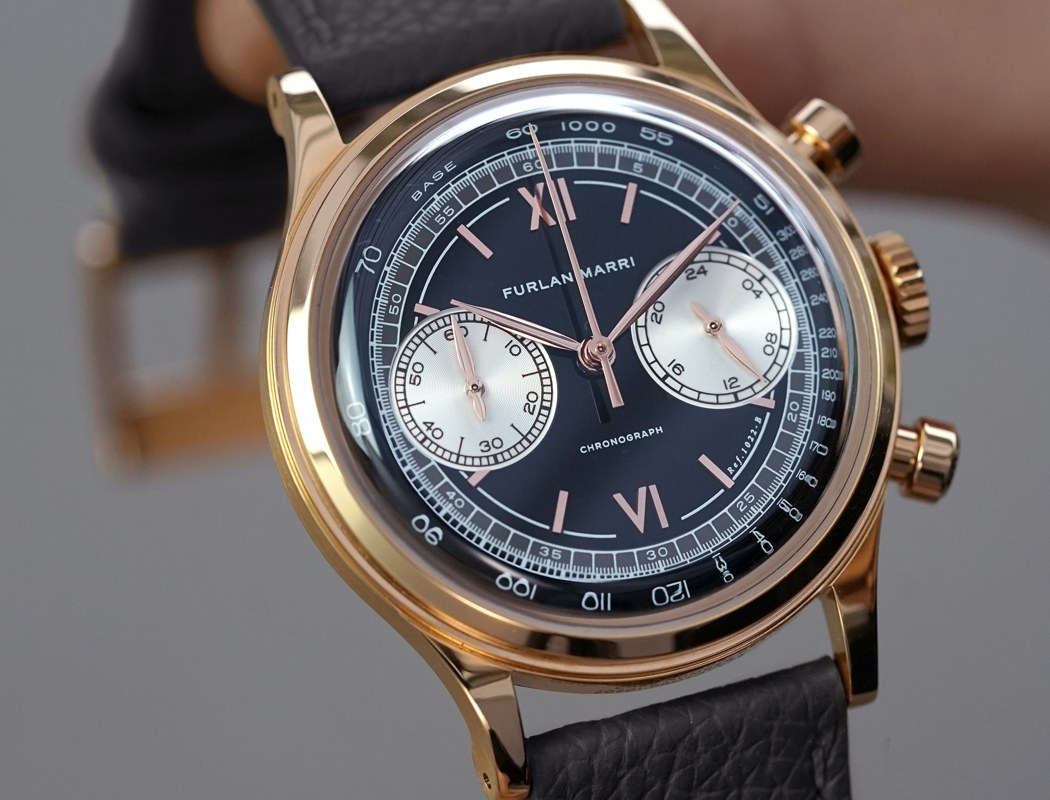 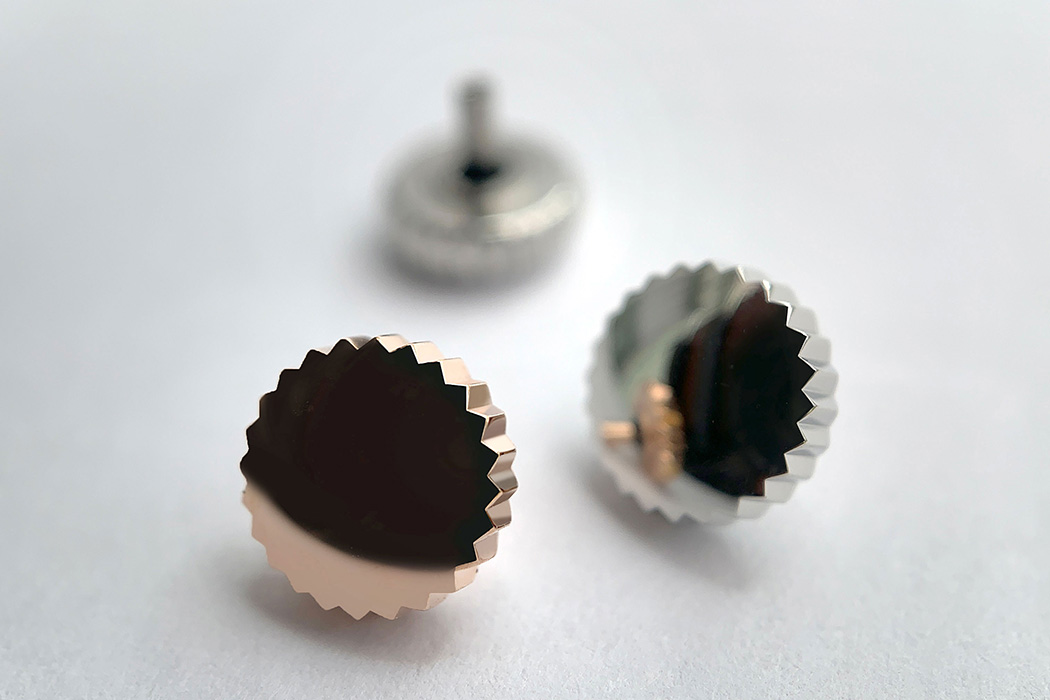 Their pushers have a little step as well as the caseback. This was made by purpose, in order to better control the polishing process of the parts. The crown is simple, but the teeth are sharp. 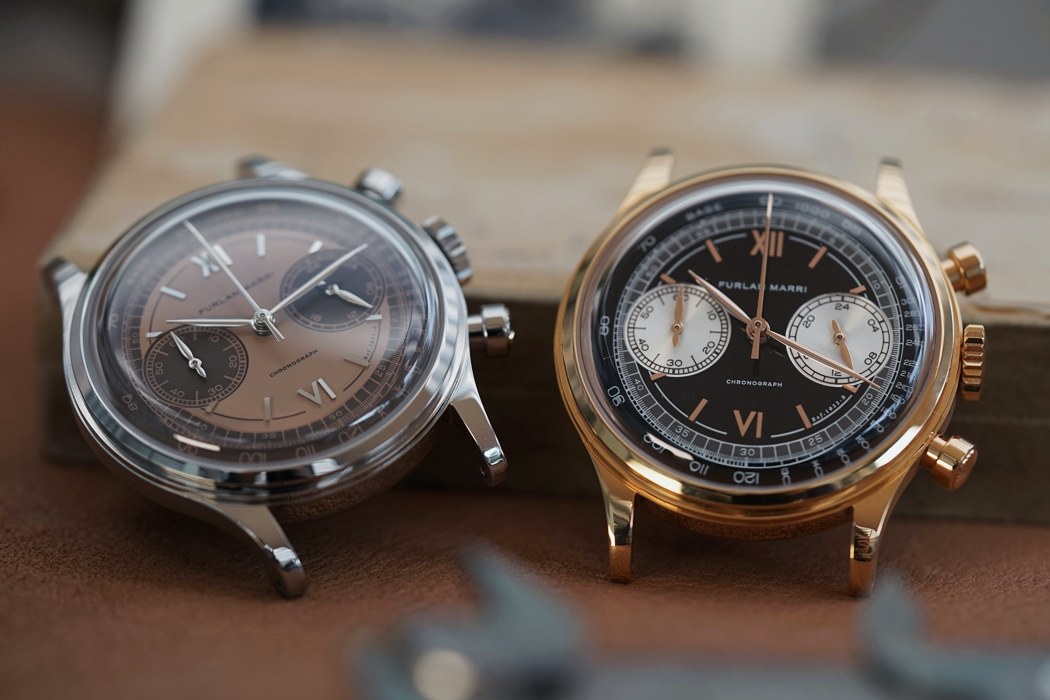 The drilled lugs are polished and brushed in a way that there is no rounded edges, as you can see in affordable brands today. The bezel is made separately then assembled. This is again to better control the polishing process, so they can have a perfect and clear angle. 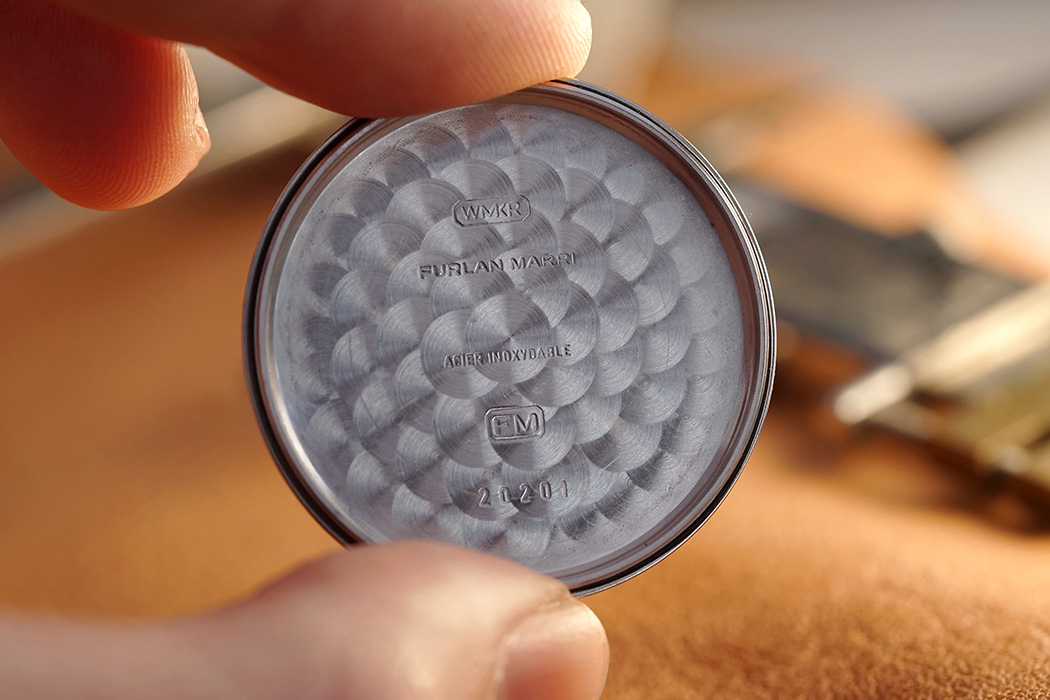 “Perlage” finish on the inside of the caseback with the seal and reference number. 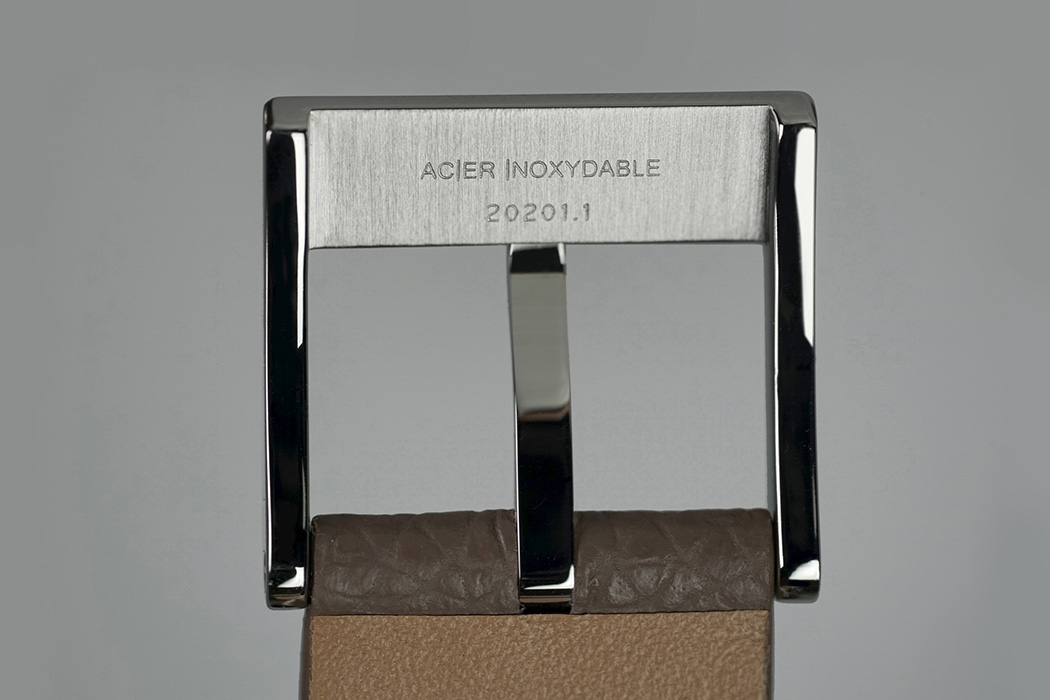 Every parts have their own reference number. The buckle is brushed on the inside and highly polished on the exterior. 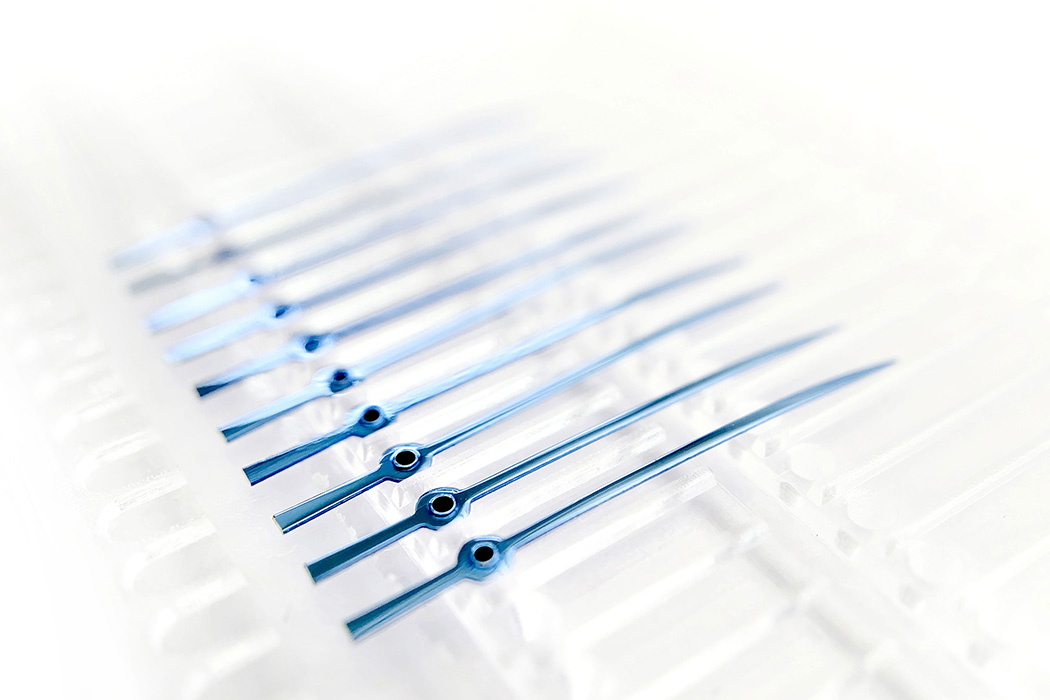 The hands are curved and domed (for the minute hand). The reference 1011-A Tasti Tondi has a tempered (heated) blue steel hands (“acier bleui” in French). 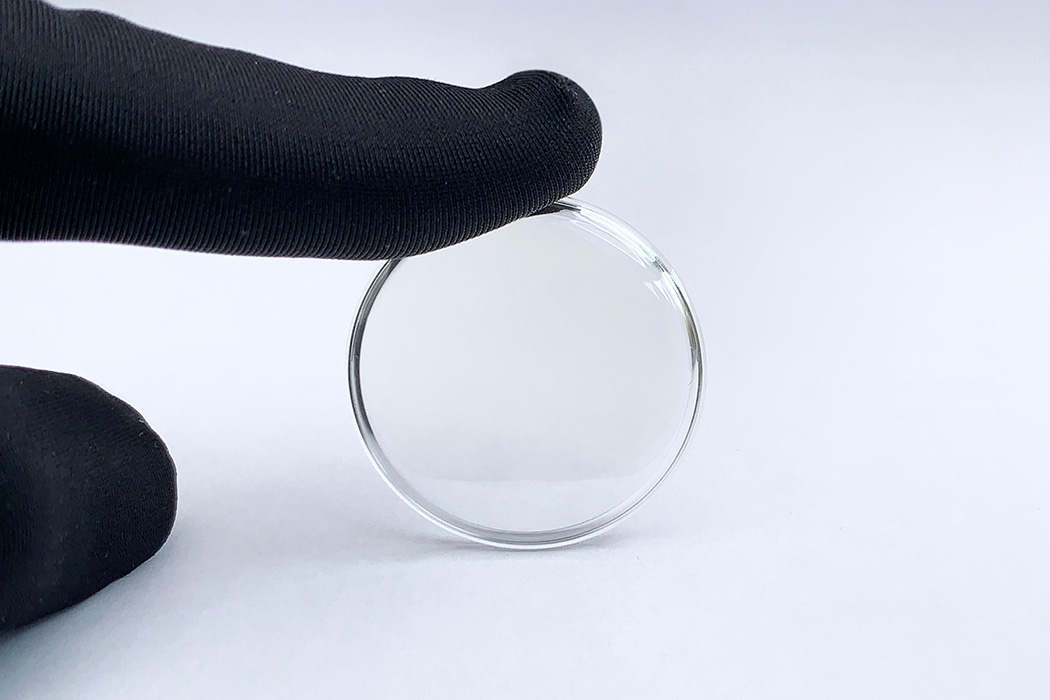 The glass is Sapphire crystal with inner anti-reflective coating. 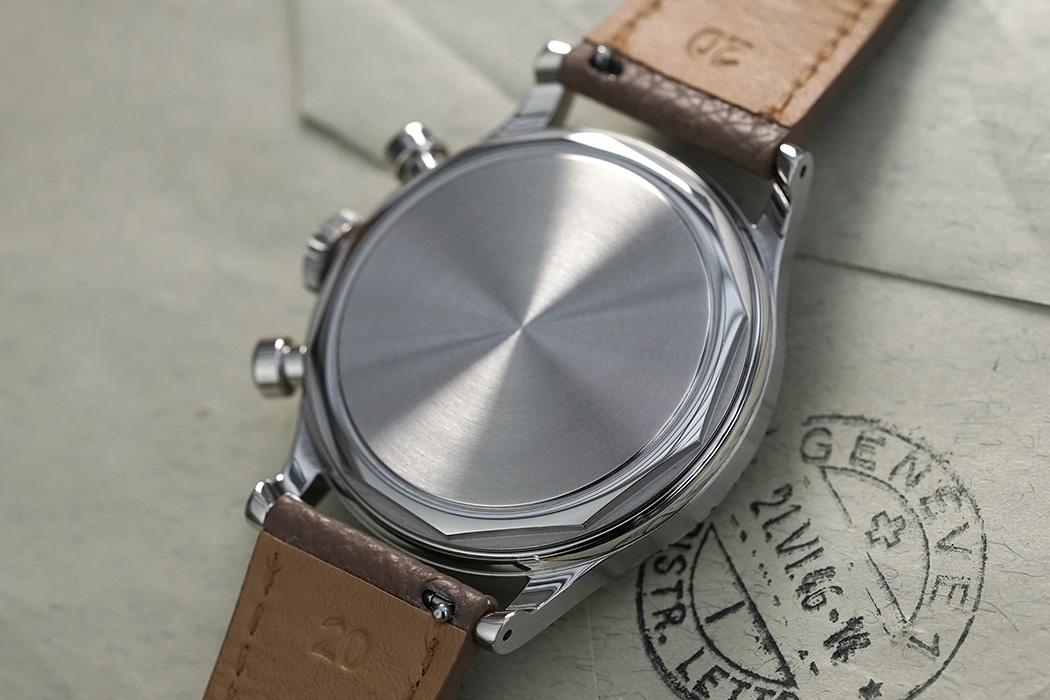 The Movement is a Japanese Seiko VK64 meca-quartz. Meca-quartz are interesting, because they have a smooth, sweeping second hand for the chrono in order to give it the mechanical watch movement feeling. 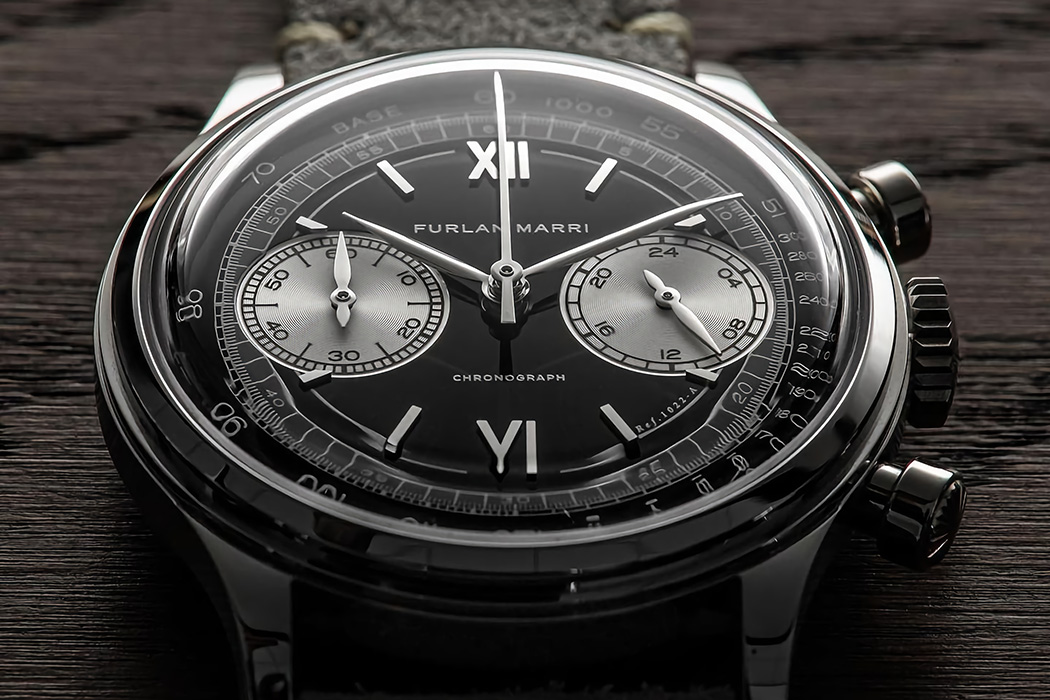 The dials are double printed, with a clear view on every part. Most of them have a matte finish, some have a lacquered finish. Every dials have a unique reference number double printed between 4 and 5 o’clock. Our indexes are sharp, highly polished and the finish has been increased by CNC machine (flat polished surfaces).

Simply love this WMF Kitchen Knife Concept for its geometric aesthetics and the fact that it is crafted from a single piece of metal. Essentially,…

Reduced to Time (but with some surprises)

The minimal Reductionism watch makes time-telling easy by displaying large numbers on a simple LED grid, but it’s also multifunctional as an indicator of incoming…

An ardent supporter of concept design, Electrolux has charted a special course in the world of appliances and their future. The fame, creditability and glory…