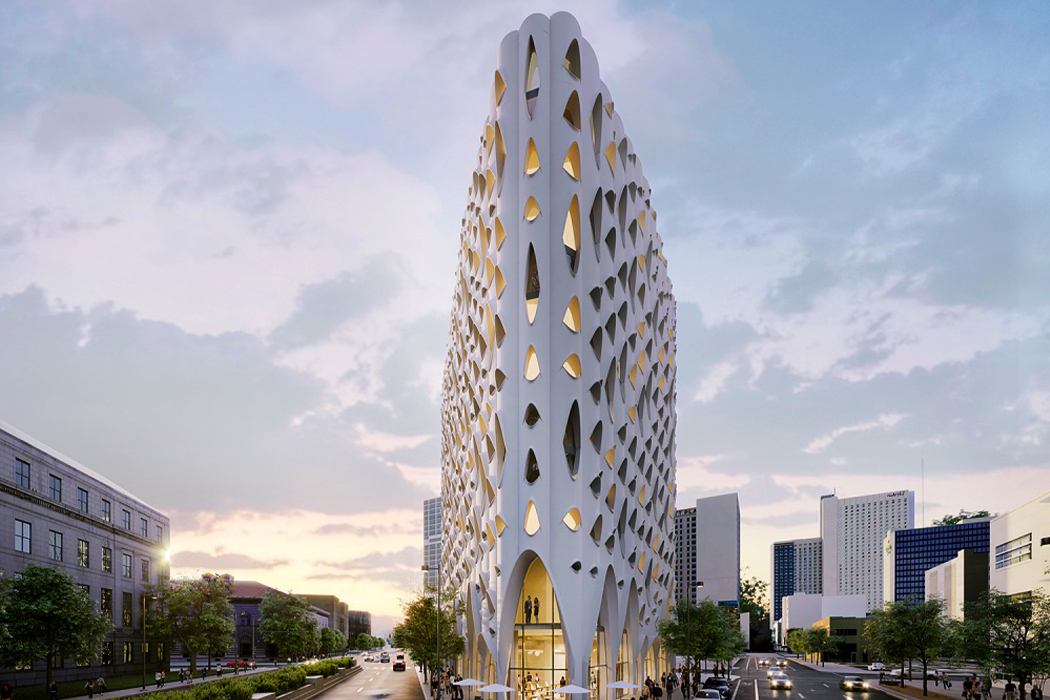 Studio Gang is known for being a super innovative company that produces some of the most unusual architectural designs and their latest concept is a mixed-use sustainable hotel called Populous! With solar panels, a green roof, and other carbon footprint-reducing features, Studio Gang aims to have the doors of this hotel open by 2023 which also seems like a feasible projection for all of us to resume traveling like non-pandemic times again.

Populous will be built in Denver, Colorado, and will measure 135,000 sq ft (roughly 12,500 sq m) with over 13 floors. While most of the interior layout will be dedicated to the hotel and its amenities, Studio Gang also plans to include 40 “micro-apartments” to stay aligned with its mixed-use functionality. It will also feature a public rooftop bar, a viewing point, a ballroom, and more food + drinks vendors – Populous sounds like the Venn Diagram intersection between a hotel, an event space, and an Airbnb tiny home. Hotel guests are immersed in the views of the nearby State Capitol, the Civic Center Park and the mountains beyond through the sweeping windows in their rooms. One really neat detail is that the windows of some rooms are designed to be occupiable so they are transformed into seating or desks that bring the outdoor scenic setting to the guest. The distinct shape of the windows also offers shade to the hotel and can channel rainwater to help keep the facade clean over time too using the “lids” that stretch outward.

The wedge-shaped building’s facade reminds me of a huge cheese grater and that is not something I mind but turns out it was the bark of local Aspen trees that inspired Studio Gang to make it that way. “At the building’s base, the windows grow up to 30 ft [9 m] in height to frame entrances and views into the lobby, restaurant, and amenity spaces. The texture and rhythm of its sculptural facade is strongly tied to the building’s hotel function. Each vertical scallop is the width of a hotel room, and its windows change in size in response to public and private spaces. The distinctive window shapes are informed by studying the characteristic patterns found on Aspen trees (Populus tremuloides). As the trees grow, they shed their lower branches, leaving behind dark, eye-shaped marks on the papery bark of their trunks,” says Studio Gang. Populous will be receiving the LEED Gold green building standard and will integrate features like roof-based solar panels to reduce its draw on the grid, a green roof, and an efficient heating/cooling system. I can’t wait to see more sustainable hotels that will help us make travel and tourism an environmentally-friendly experience powered by clean energy! 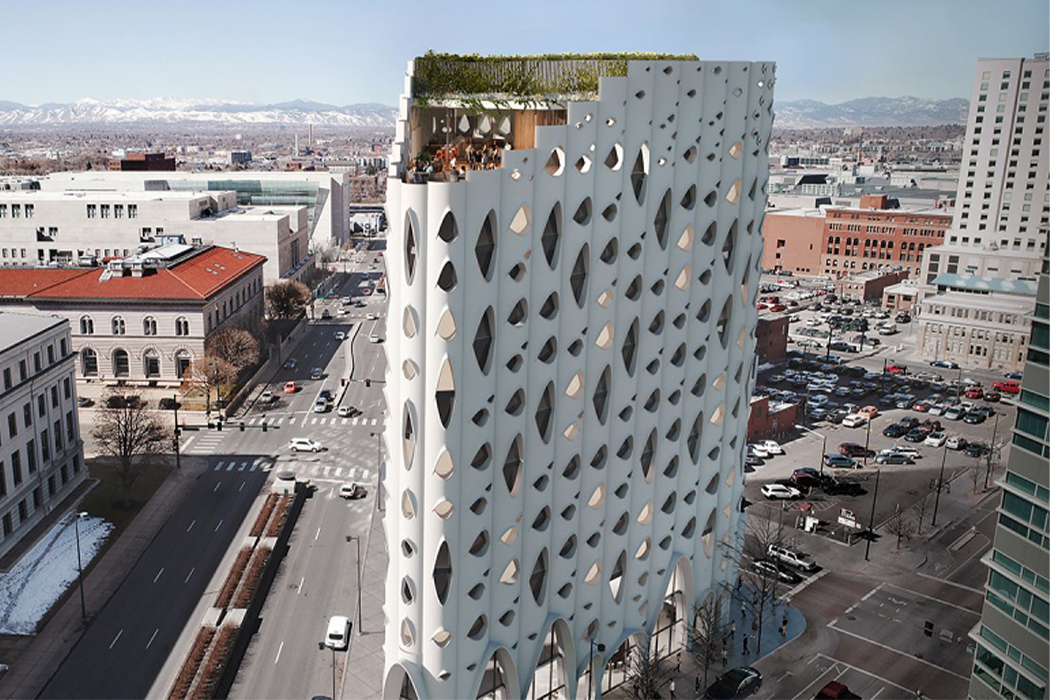 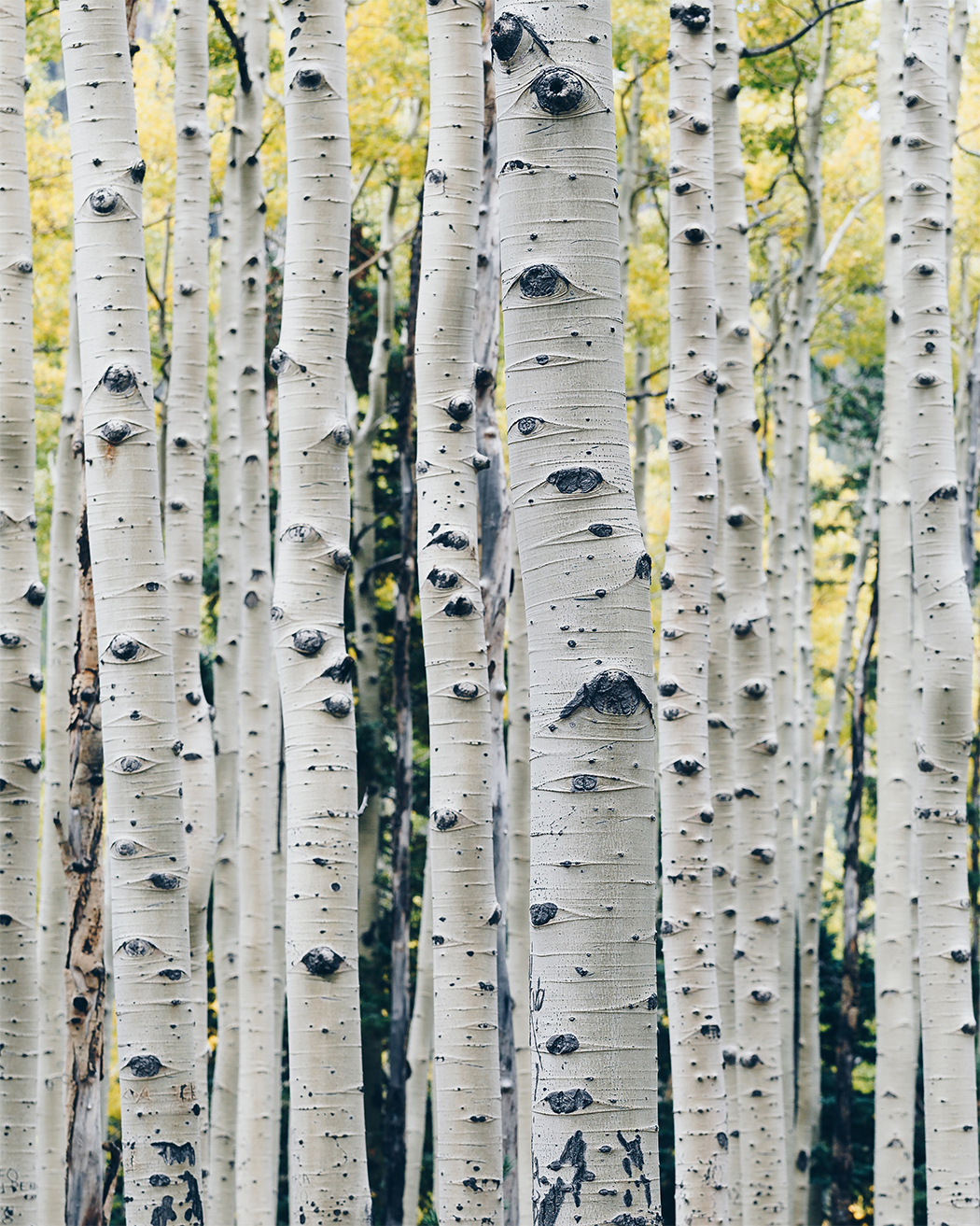 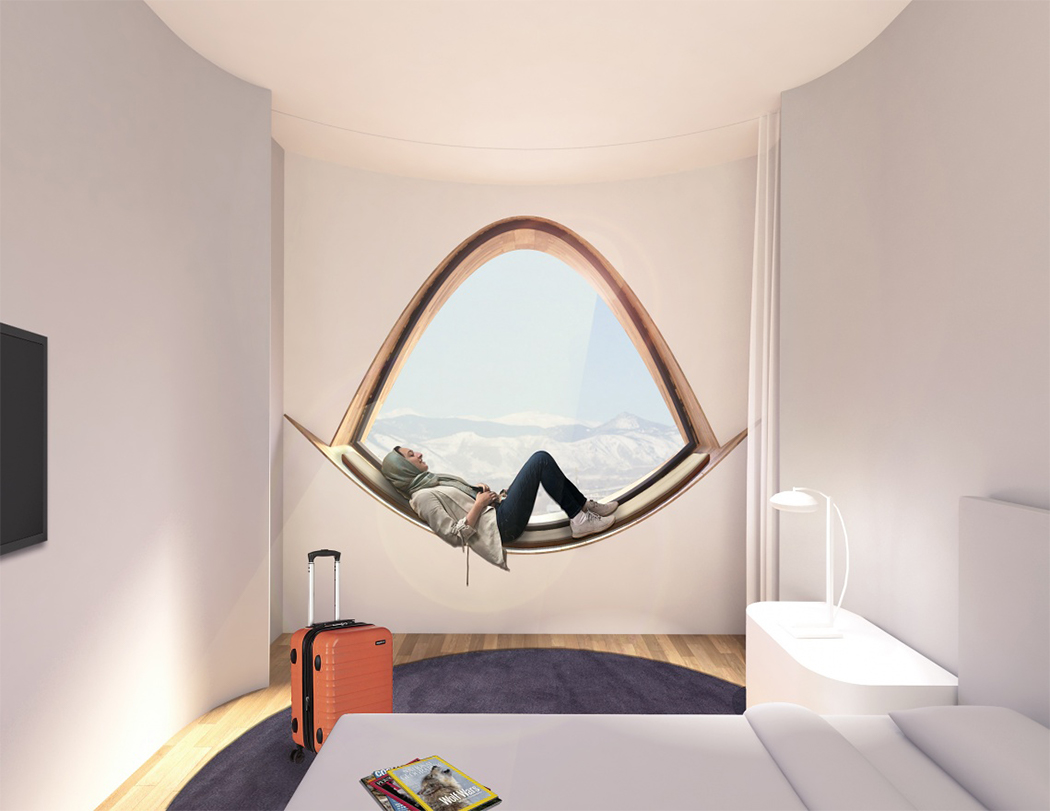 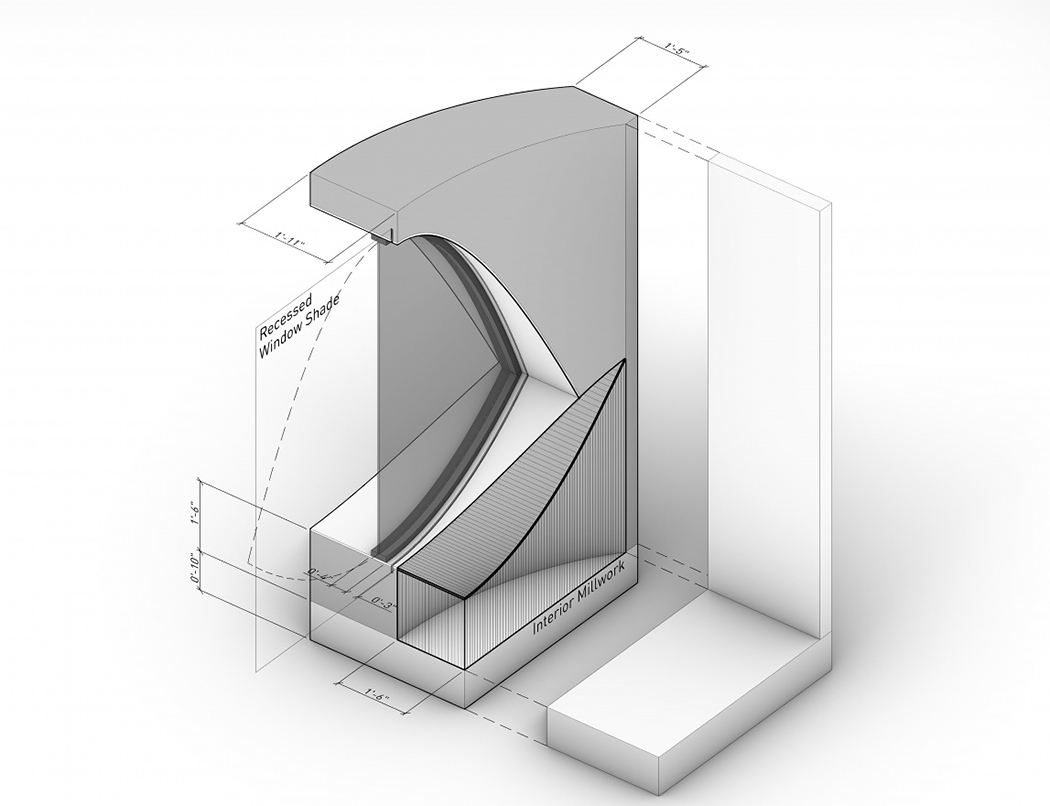 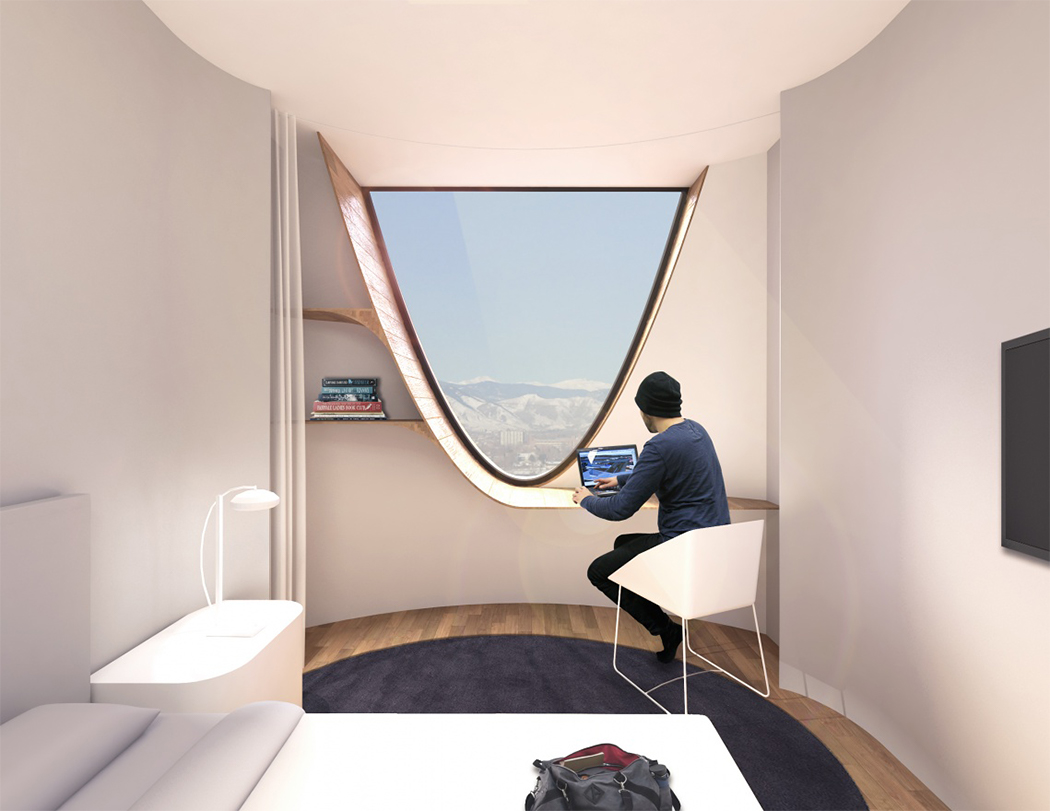 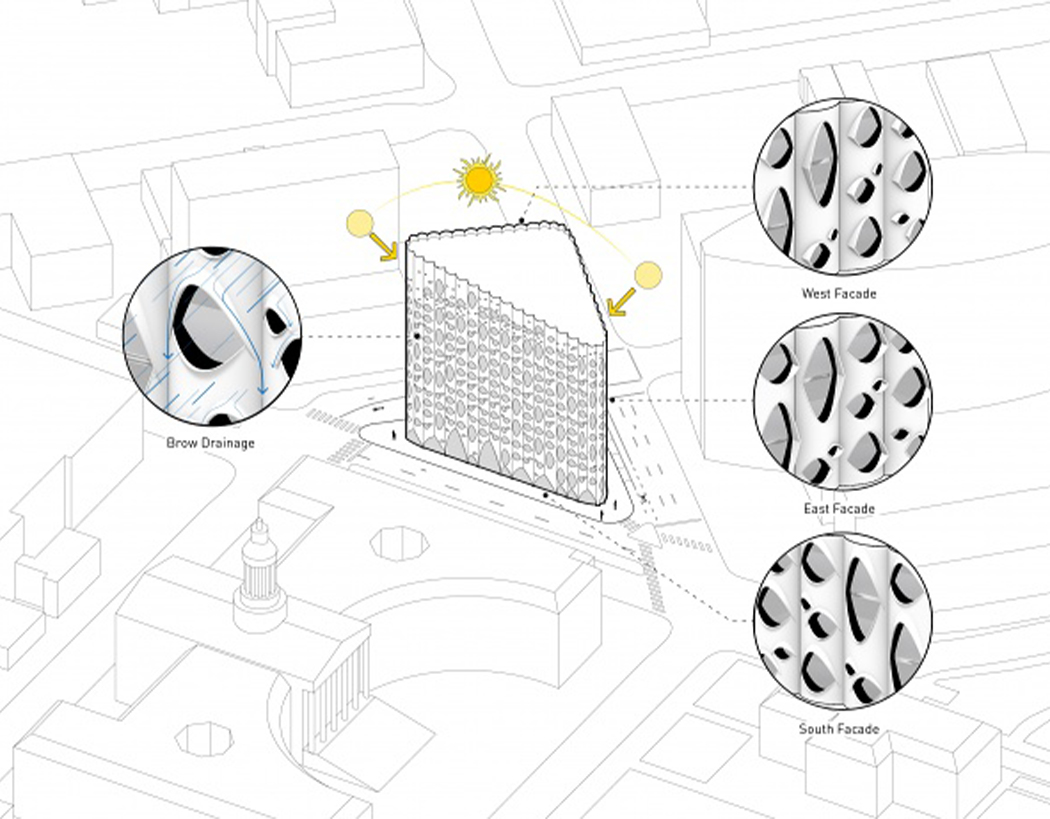 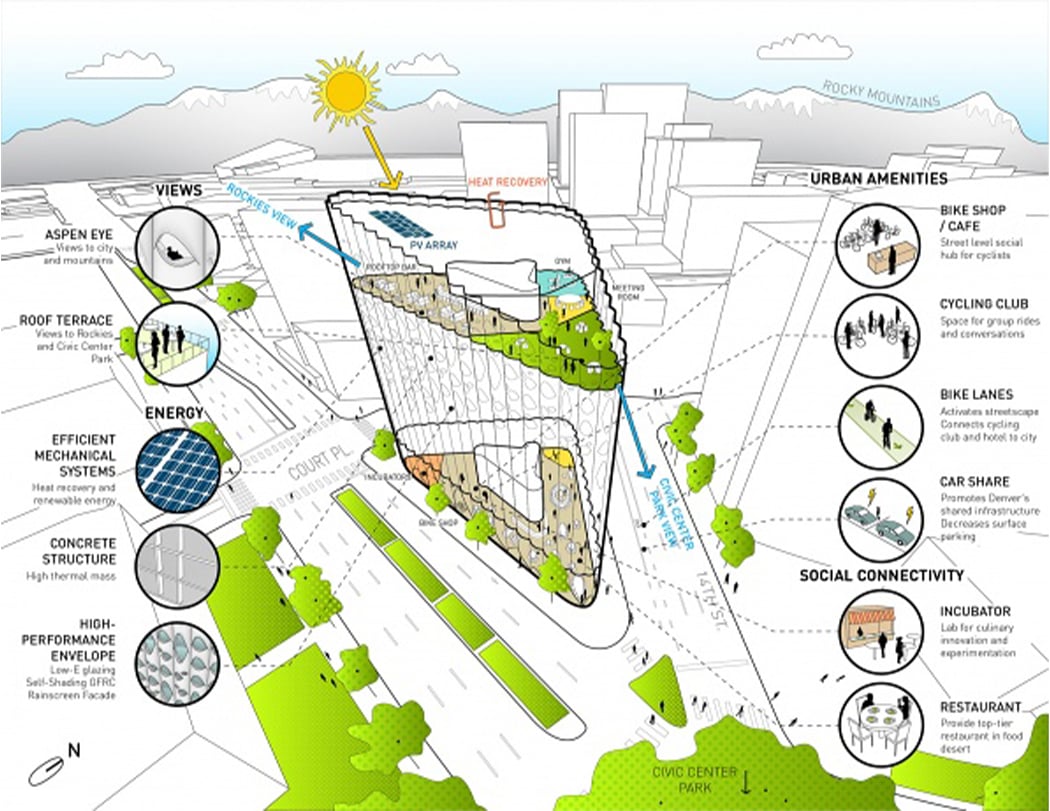 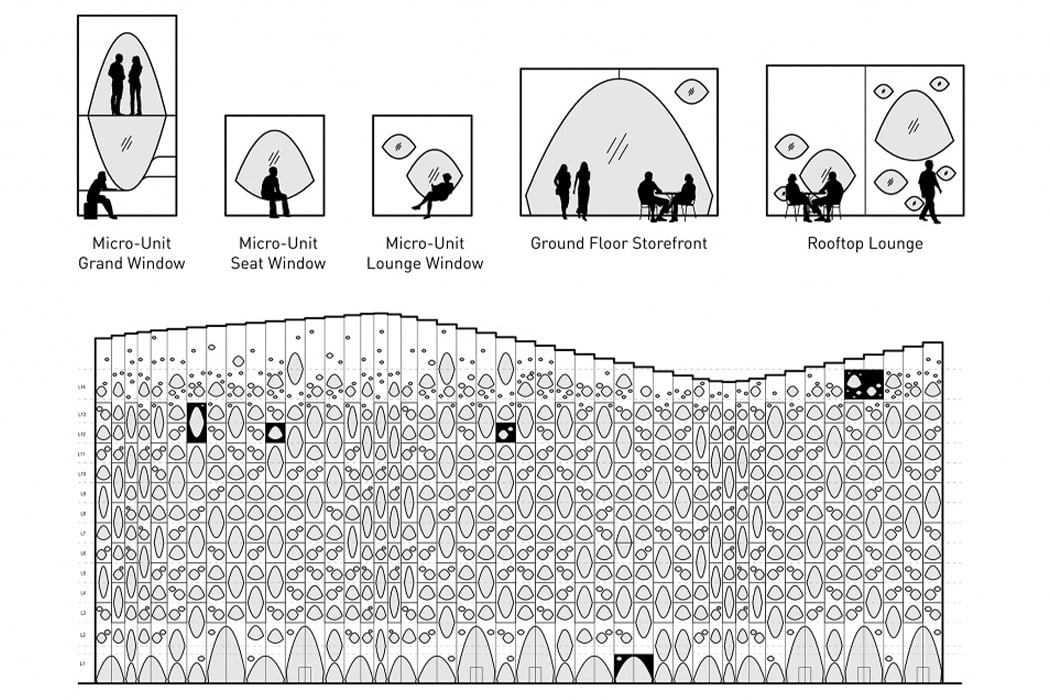 This concept uses the properties of Velcro to make plugs “stick” to the faceplate of a wall socket. By applying the back side of the…

If you thought this single-leather-piece card-case was marvelous, wait till I introduce you to Octa. Made out of 3 pieces of corrugated cardboard, the Octa…

The Blue Spruce Jeweled Try Square is a thing of beauty

You may not have a use for a Try Square, but you may want to have a Jeweled Try Square for yourself. There are no…