I wouldn’t be surprised if the idea for Toco came from a Flintstones episode! I mean, that family had a bird for everything… phone calls, record playing, typewriting, even alarm clocks! Toco, however, is more of a kitchen helper. Modeled on the shape and design of a toucan bird (remember Rafael from the movie Rio?), Toco actually helps core and spiralize an apple, turning it from a fruit into a fun spiral you can eat!

Made from plastic (so it’s relatively safe around kids), Toco’s beak comes with a circular element at its tip that pierces into the fruit’s core, while the beak itself has a sharp-ish edge that cuts through the fruit’s flesh. Toco’s eye-hole serves as a finger-rest too, giving you the leverage you need to easily cut through the fruit. A few twists later, you’ve got yourself an apple that’s core-less and ready to eat, bake, or decorate your smoothie bowl with! Toco works with all kinds of apples and a bunch of pears too! 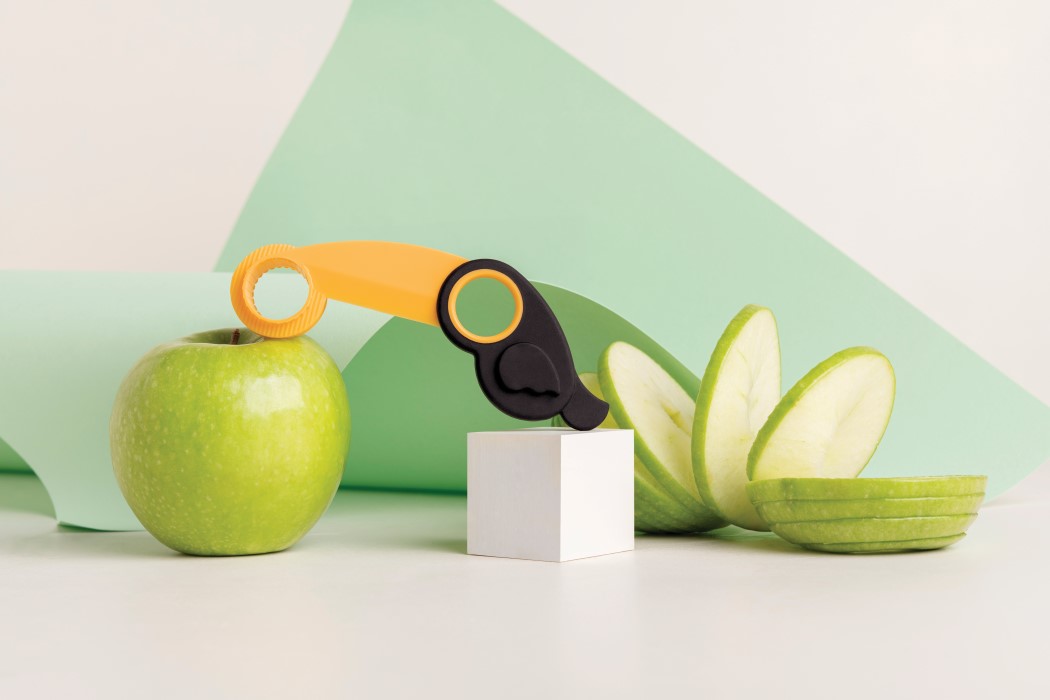 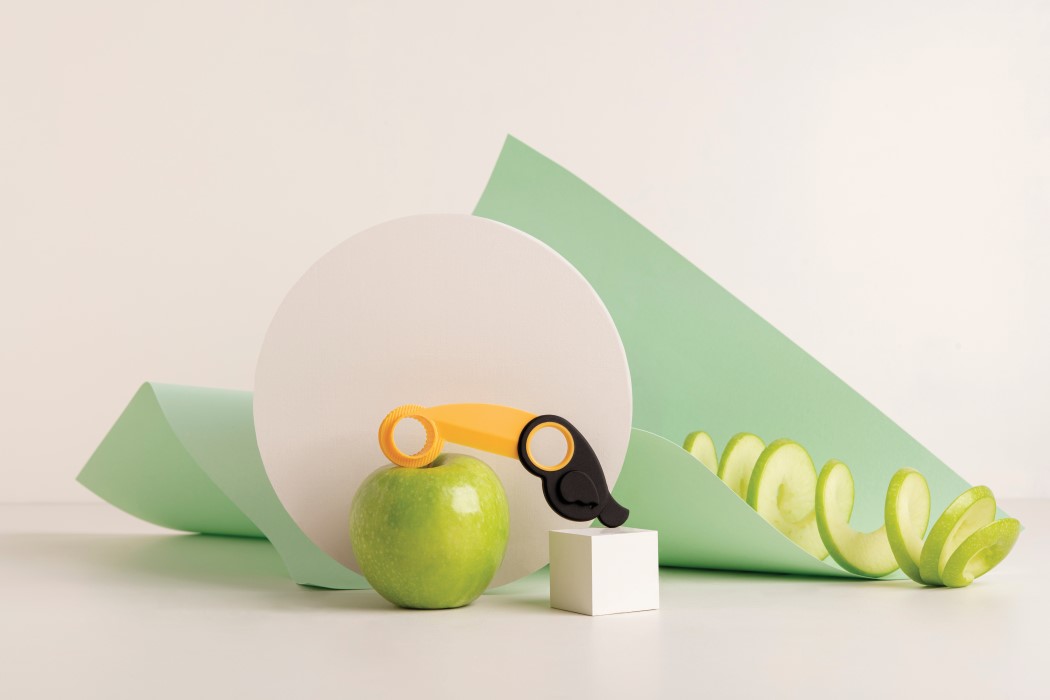 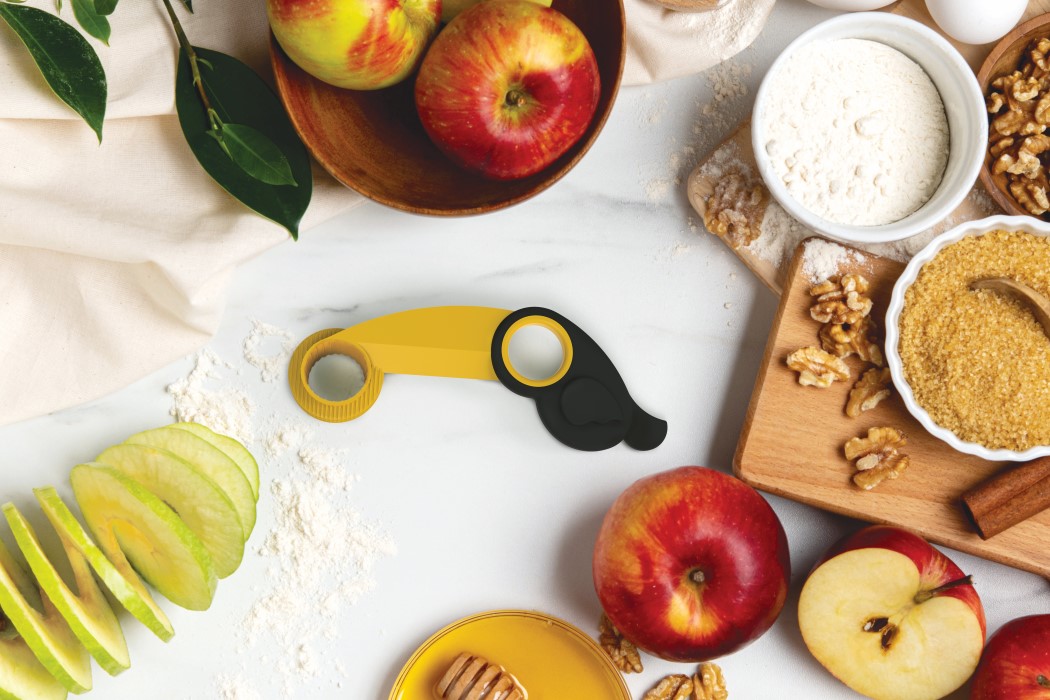 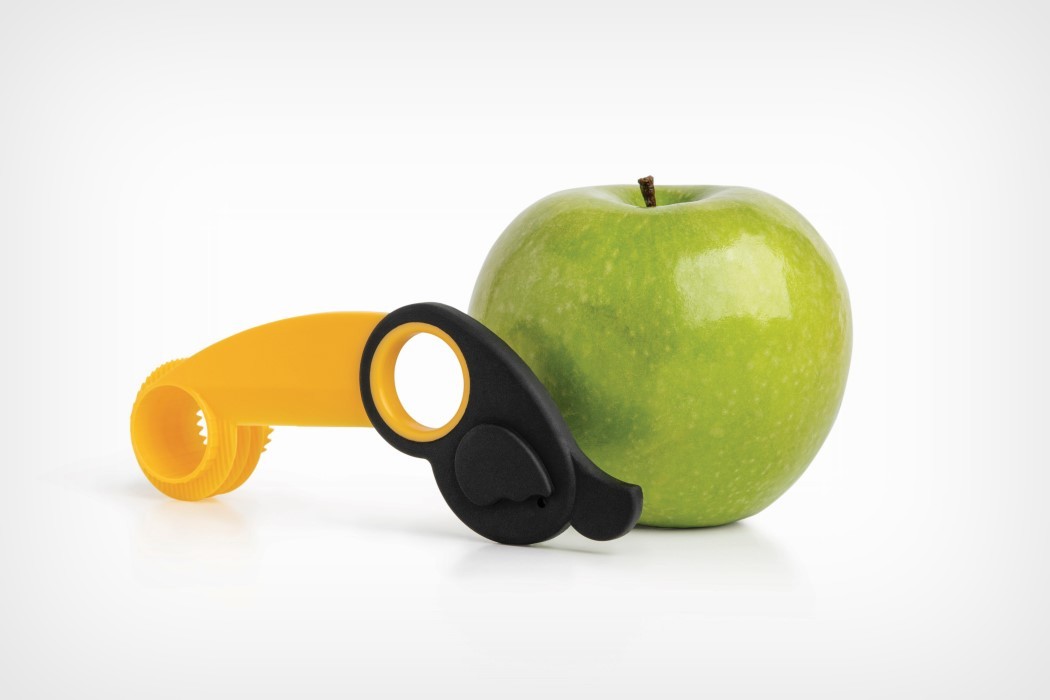 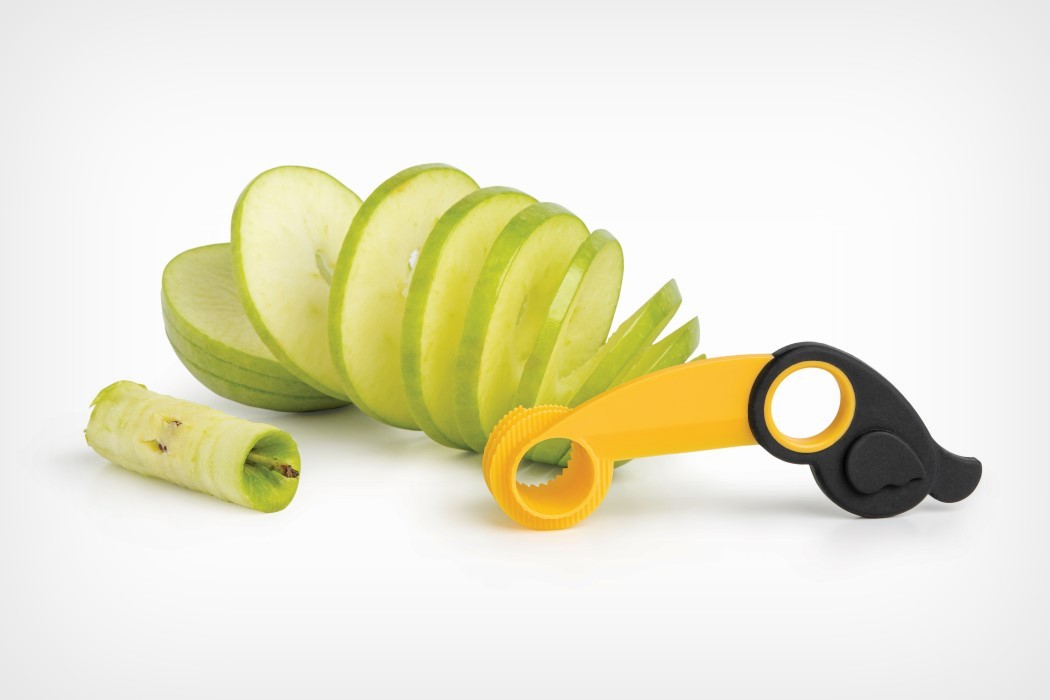 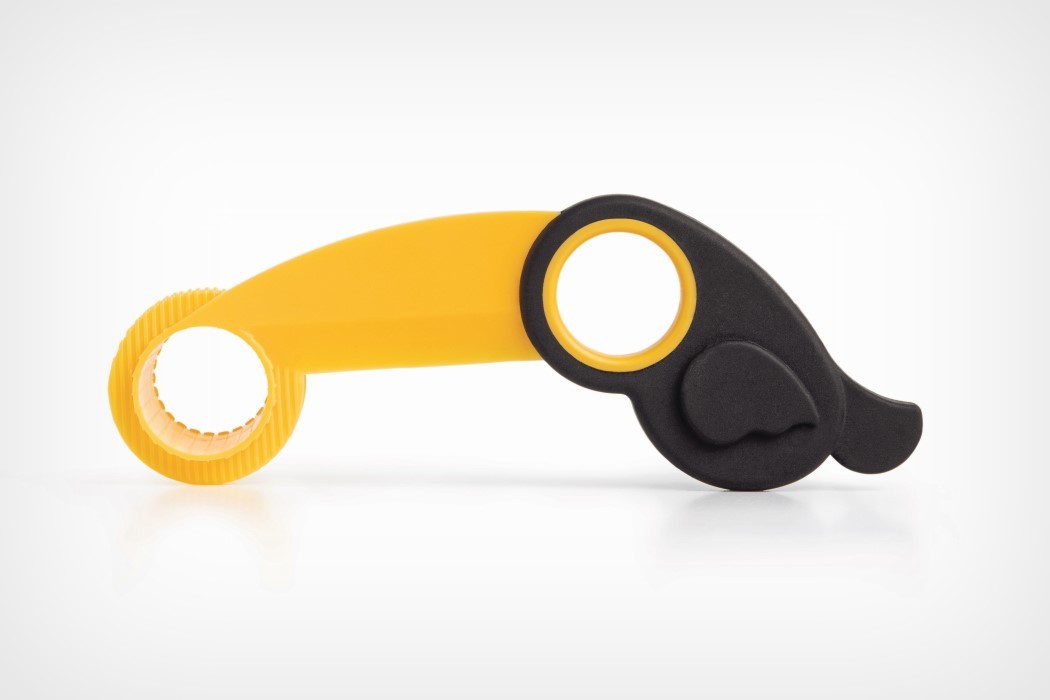 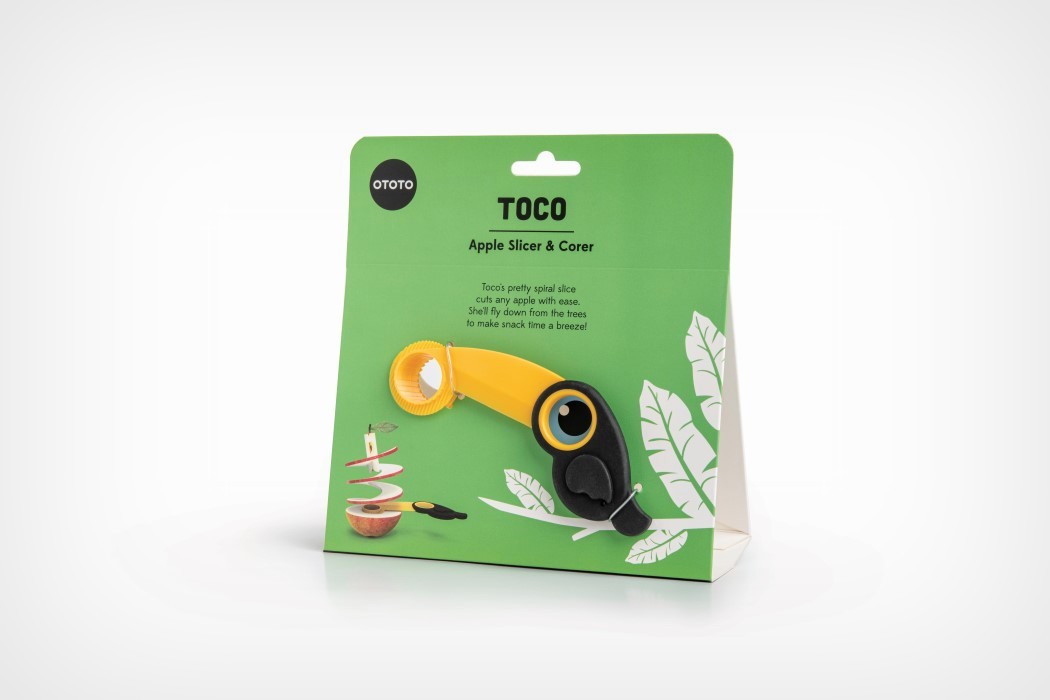 The Prada Phone by LG (KE850) is a real breakthrough in the industry, as it is a unique, sophisticated and elegant mobile phone with the…

It Only Looks Precarious

Co-existence is a project by Ryan Jongwoo Choi exploring the “oneness” between man and nature. The beautifully cut ash frames appear to be balancing on…

Roberto Paoli’s award-winning Tru lamp explores the interplay between what is visible and what is not, using critical geometries and material so inconsequential that it’s…

Reusable and sustainable: this cutlery set comes together like a puzzle!

Putting together LEGO blocks and puzzles was always a delight during our childhood. The entire experience of bringing together different pieces, and pulling them apart…