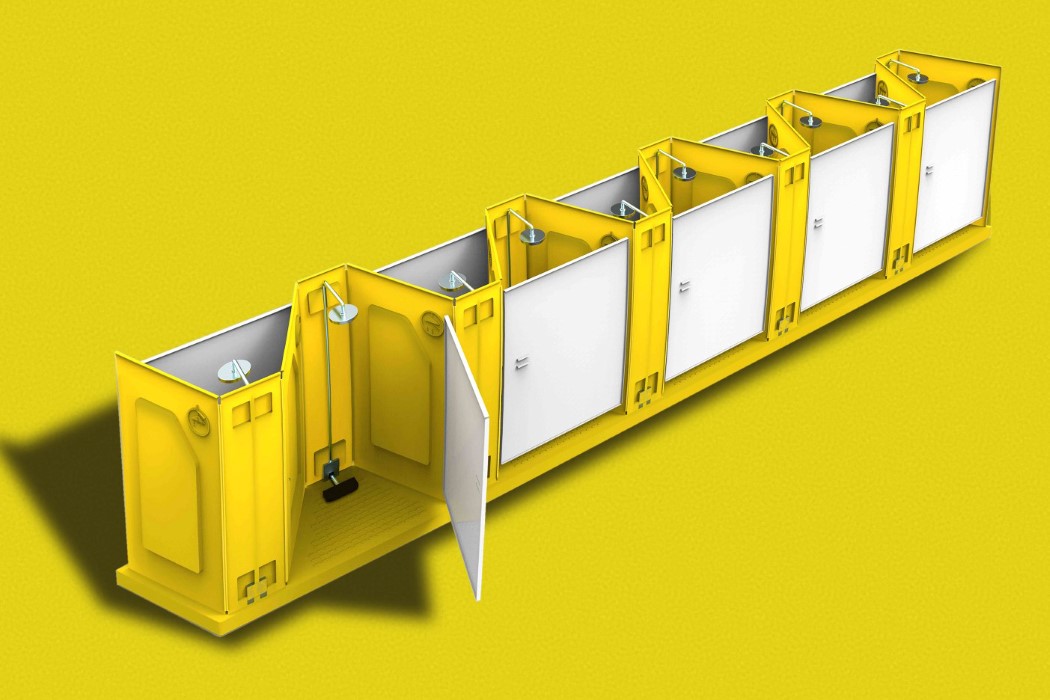 Designed to be set up at refugee camps in a matter of mere minutes, these bathrooms can be unfolded in a matter of minutes, giving large groups of people a private place to have a shower every day.

The Speedy Collapsible Bathrooms aren’t really replacements for ‘Portaloos’, but are an addition to them, as they provide private showering quarters for refugees. These showering stations come as a single foldable clapboard that can easily be unfolded on-site, with details like floor panels, doors, plumbing, and other attachments being plugged in within mere minutes. Once the clapboard is assembled, the shower-head (which flat-packs too) can easily be assembled along with a foot-powered pump at its base. The final step involves mounting the door units and the elevated floorboards which allow the water to drain from underneath. Water for showering can be pumped through an inlet on the side, although if the water pressure ever drops, a foot-pump in each showering booth lets people easily pump their own water as they bathe.

The Speedy Collapsible Bathrooms are designed to be easy to assemble and effective, but also easy to pack up once done. When the refugee camp is no longer needed, the bathroom can be unplugged and repackaged once again, allowing as many as 10 showering booths to fold up and occupy a fraction of the space on the back of a cargo truck.

The Speedy Collapsible Bathrooms are a winner of the Golden Pin Design Award for the year 2020. 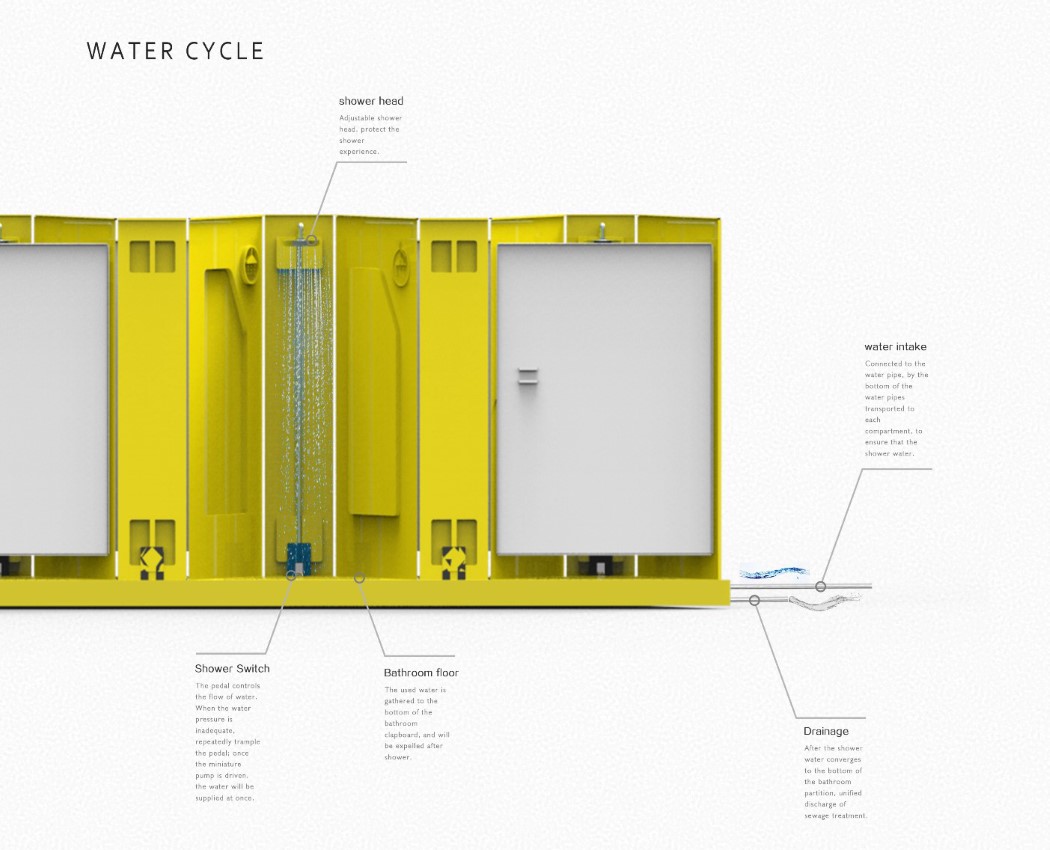 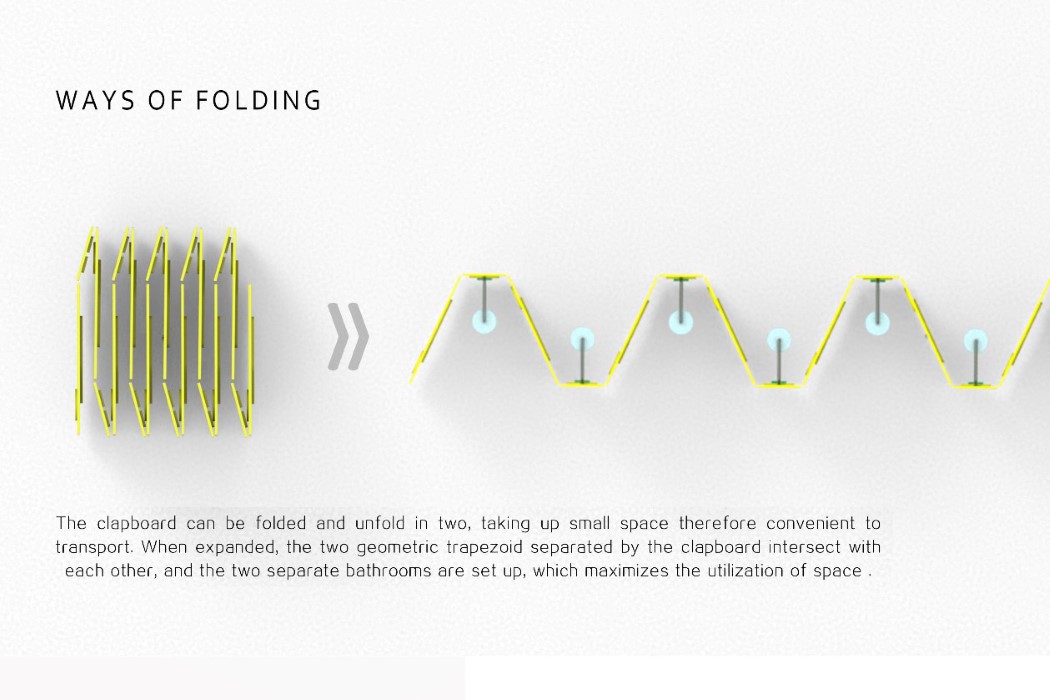 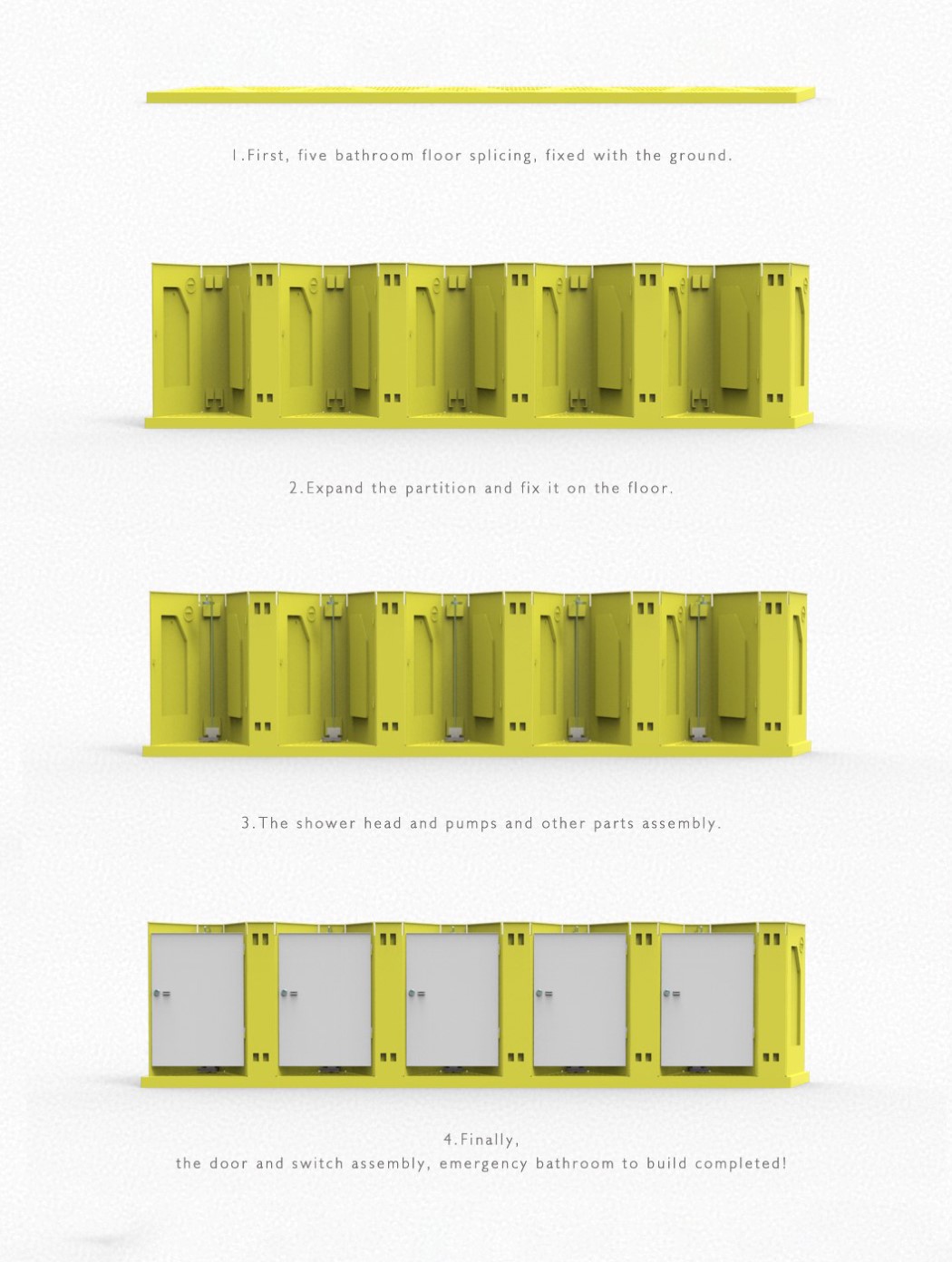 The design of UNStudio’s proposal for the Central Business District in Tongzhou, China is a dynamic composition created by introducing asymmetry in plan, orientation, clustering…

Norway has always held a certain magical appeal for me, it’s the land where Northern Lights paint the skies, where the Troll Tunga seems to…

This tiny home crafted from timber can be attached to your car for the ultimate flexible lifestyle!

The universal mood after this pandemic has been to be able to travel, to explore unpopular locations, and to embrace remote work so you can…

The Aqueous is quite an innovative design that exudes a fluid form while retaining functionality. It features a unique malleable disk that allows you to…