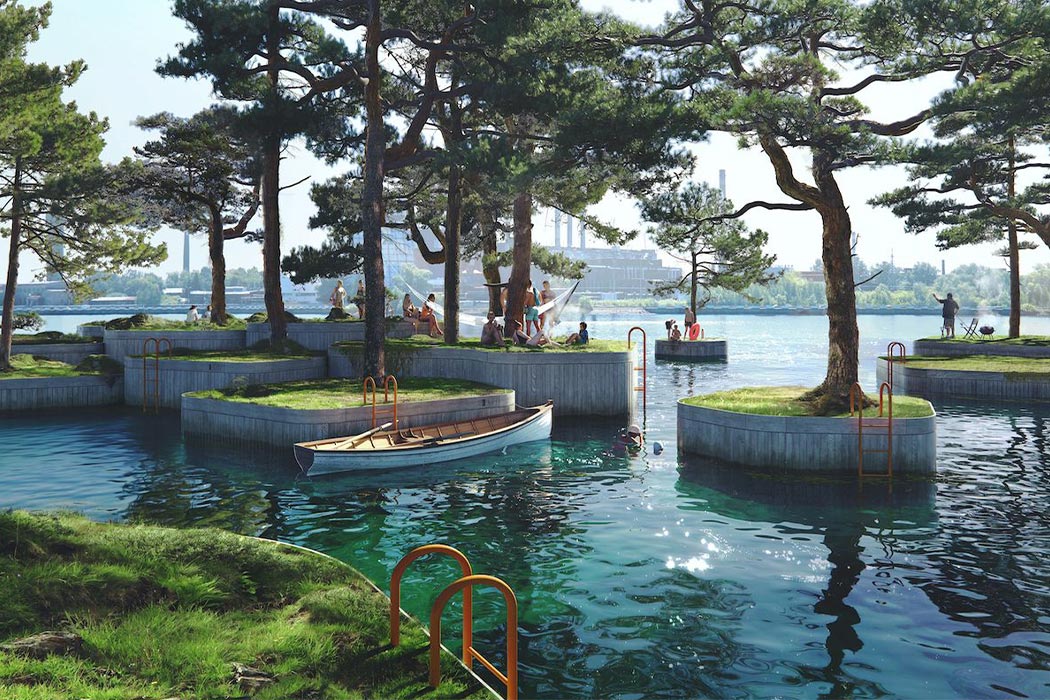 Have you heard that phrase “Whatever floats your boat”? If you are in Copenhagen, you might even hear “Whatever floats your park!” and that would be in reference to the world’s first “parkipelago” (a portmanteau of park and archipelago) which are a cluster of artificial floating island parks. Designed by a Danish design studio, Studio Fokstrot, and Australian architect Marshall Blecher, these islands were a part of urban development along the waterfront. They are officially called the Copenhagen Islands and each module is created with a flexible public program to keep the interest of the urban dwellers at its core.

Considering the accelerated rise of global sea levels, Copenhagen Islands are only the beginning of how urban design will adapt to the changing climate by optimizing the water bodies as sustainably as possible. “To renew the proud traditions of the Danish harbor life, by strengthening the social cohesion and awareness of the maritime life in and around the harbor,” says Studio Fokstrot as they explain the idea behind the floating parks. The islands are activity-friendly and enable visitors to enjoy boating, swimming, kayaking, picnics, performances, events, and more which could also boost tourism or simply make things better for citizens with travel being on the down-low this year. These programs can also be customized for seasons – summer is when the islands will be docked away from each other to create space for water activities while during winter the islands will huddle up closer for more engaging performances.

Thes first island to be tested on-site is called CPH-Ø1. The structure was built using thin strips of wood + steel and recycled boating material. The CPH-Ø1 was crafted with traditional boat-making techniques and it is approximately 215 square feet with a single linden tree – just like an island drawing a child makes! Each module will have different features but will be in harmony with one another. Architect Marshall Blecher mentions how careful landscaping and green patches will welcome new wildlife. Even the submerged portion of the islands are built in a way to be habitable for seaweed and small marine life which will encourage other animals to also get comfortable near these modules which aim to be symbiotic. The conceptual product wants to create a stronger focus on an improved harbor environment, the effects of climate changes, and the increased water levels, adapting to the new normal – some of the biggest problems the world is facing today. 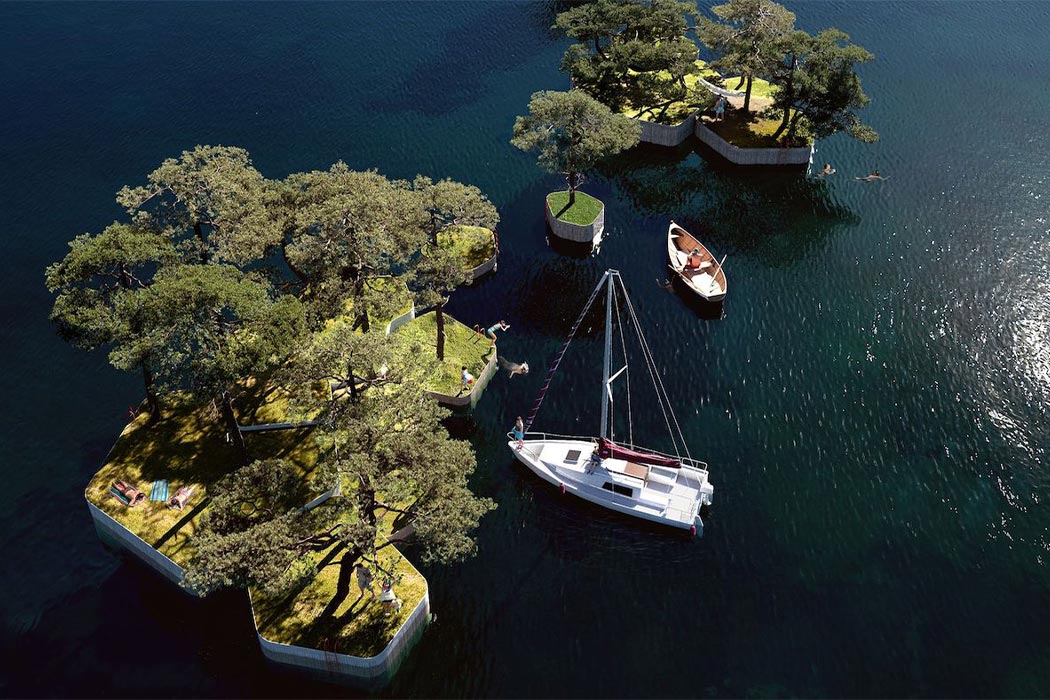 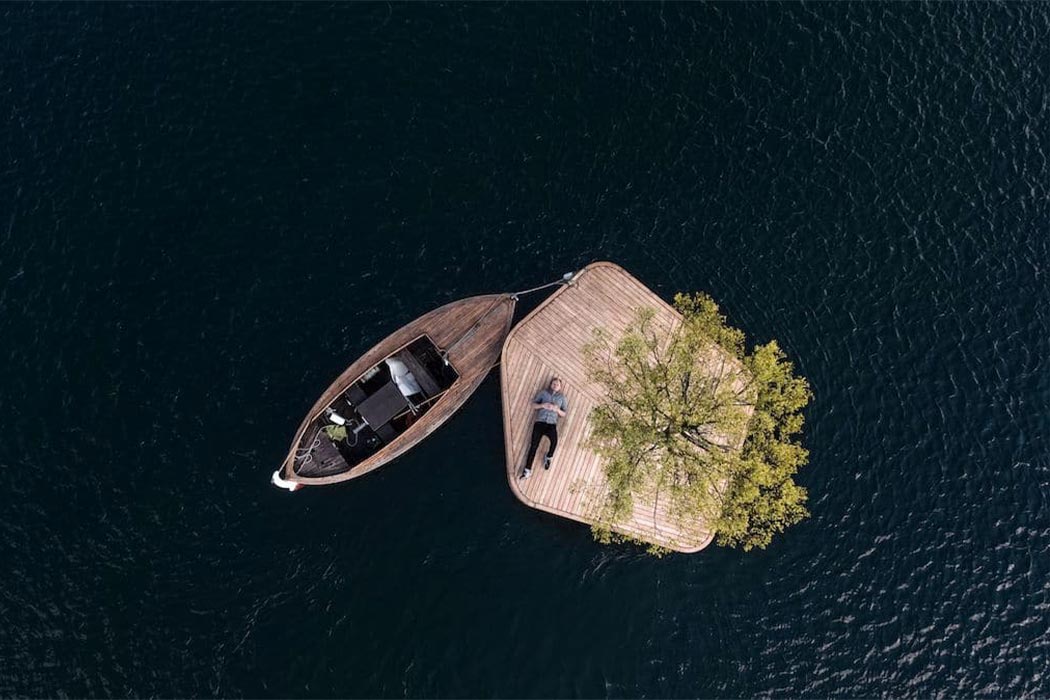 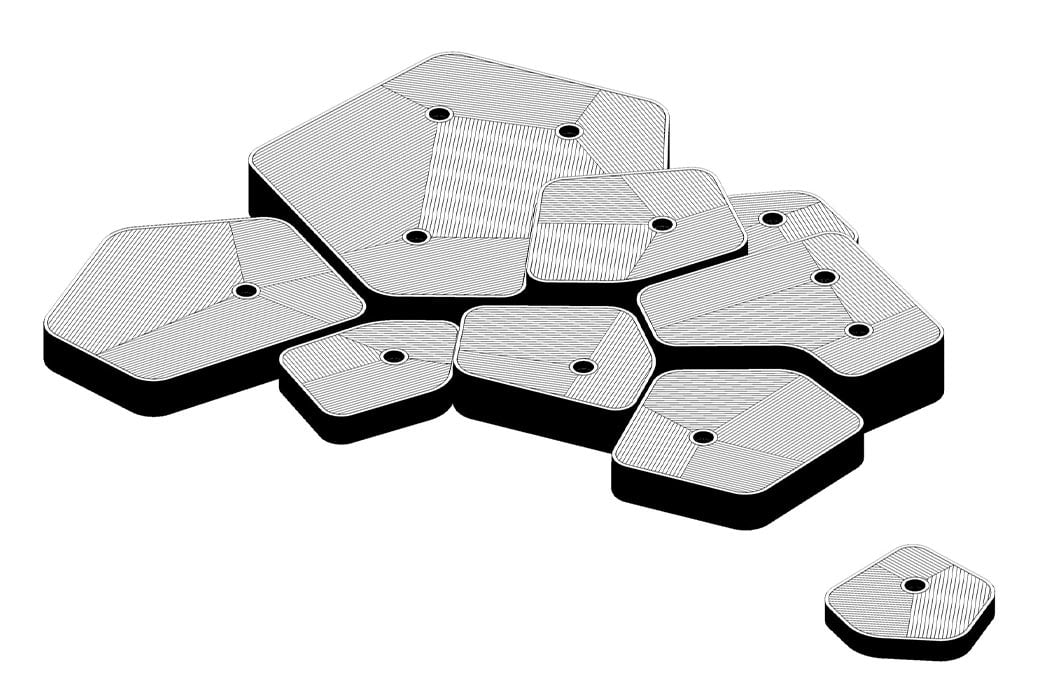 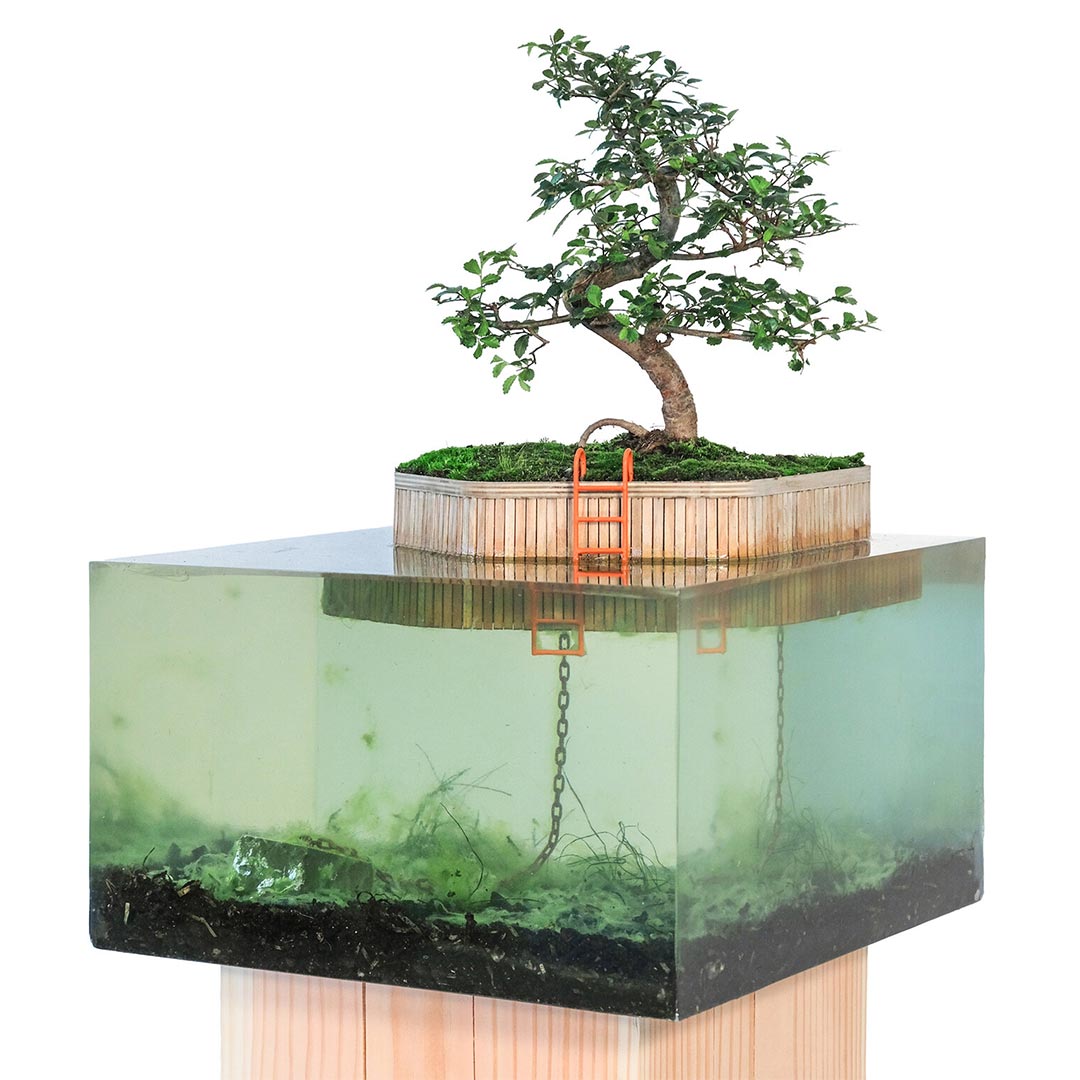 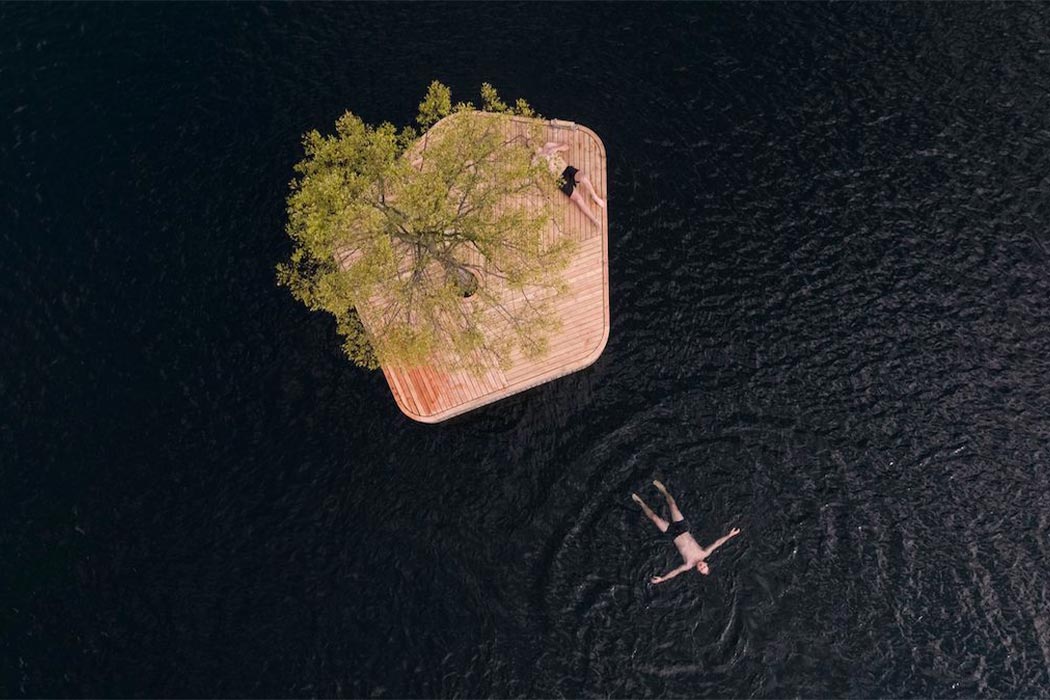 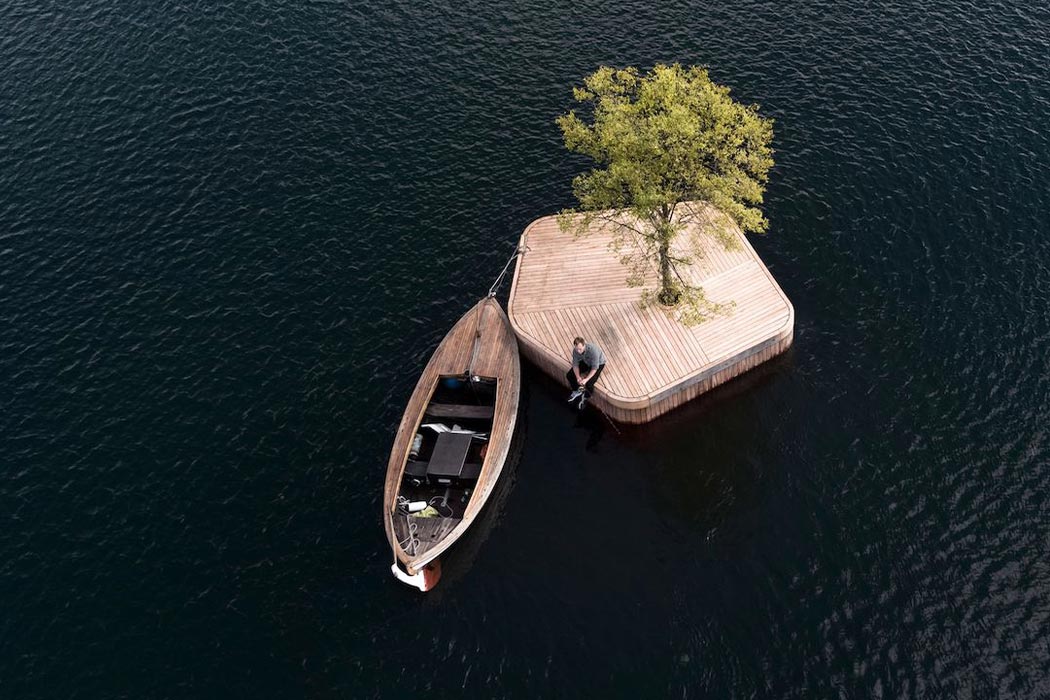 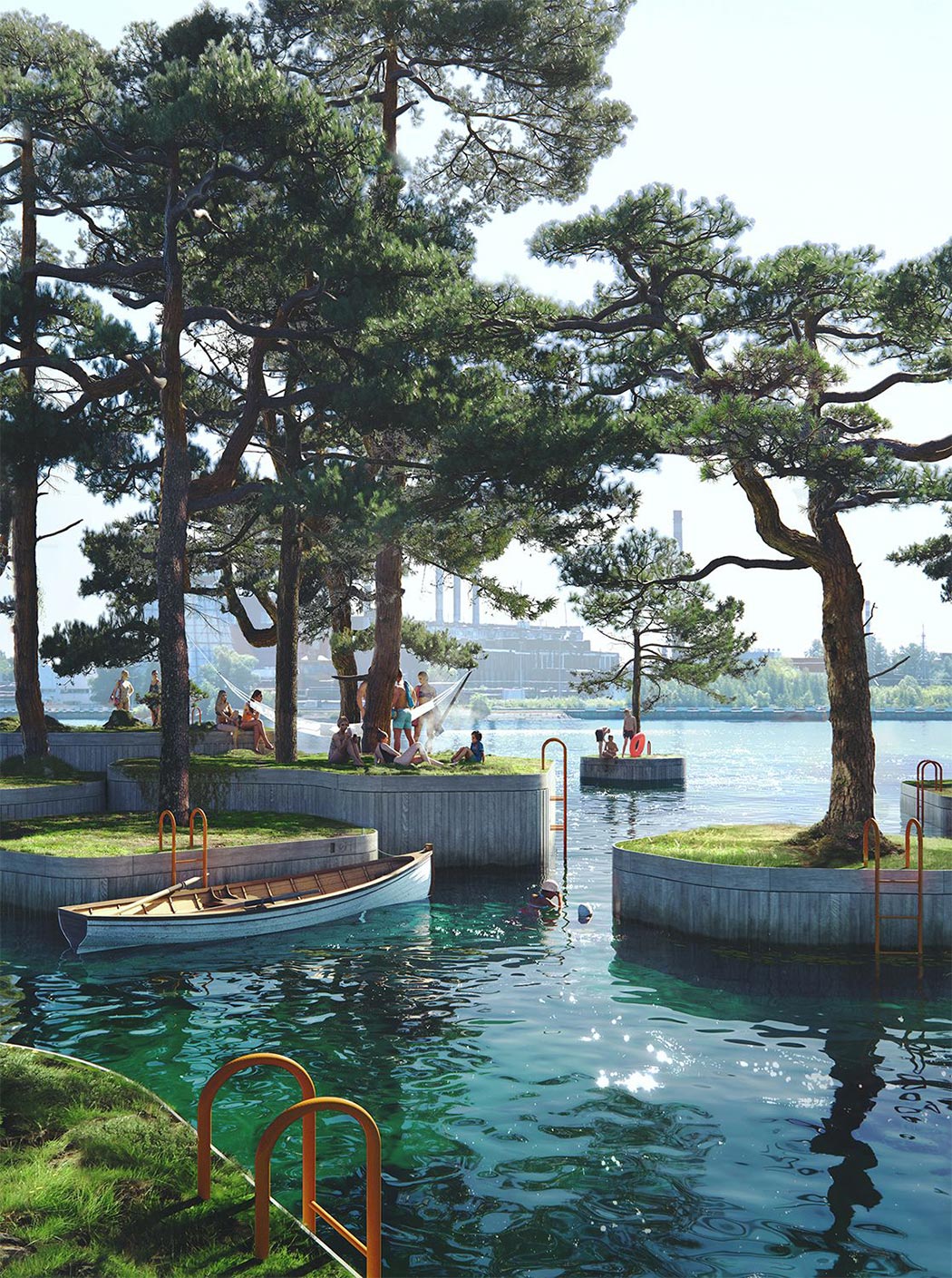 With meticulously-measured diets being all the rage, these balancing bowls/preparation boards are sure to be a hit with fitness buffs & healthy eaters alike! The…

The Less is More Wallet

Nobody wants a big, bulky wallet but the more minimal you go… the less room you have for the stuff you need, right?! Introducing, the…

When Click & Grow became a part of the YD Roadshow in Chennai, I was both ecstatic and weary. Ecstatic that YD will be showcasing…