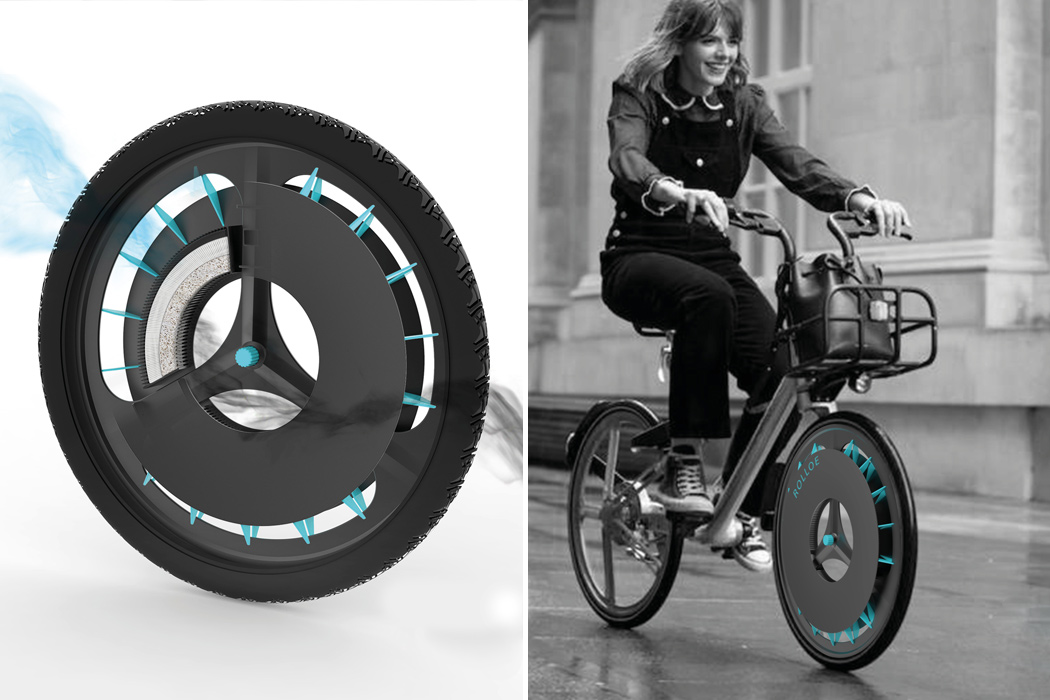 Human inflicted air pollution is a nemesis for the planet, upsetting the balance of the ecosystem and contributing largely to the global warming woes. The problem has quickly escalated and is proving to be a major headache for nations worldwide. People are doing their bit by adopting emission-free modes of commuting – bicycles being the simplest and easiest ones to adopt right now, giving us all reason enough to make the switch from four-wheeled air-polluting vehicles. As an added bonus, they fit right in with the fitness regime for a healthy lifestyle. According to the European Cyclists’ Federation, “average bike emits 21g of CO2 per kilometer traveled – 5g for the bike’s manufacture and maintenance and 16g for the calories consumed, and subsequently burned, by the cyclist to power the pedals.” In comparison, a motor vehicle emits 271g of CO2 per passenger kilometer!

Taking a ride on the pedal-powered bike is an eco-friendly way of living but can it be bettered? According to industrial design graduate from London Southbank University, Kristen Tapping, it is possible. She has thought of an innovative way to turn the bike’s wheel into air pollution capturing device that purifies the air and releases it back into the environment. The award-winning invention christened Rolloe Roll Of Emissions, inspired by the highly air polluted streets of London, has to be one of the cleanest ways of commuting, especially in crowded cities. Kristen pondered the spinning movement of the bike’s wheel and its use as an air filter, just like a conventional household air filter does with the spinning motion. The mechanism works by pushing the polluted air inside the rim of the wheel which houses the filters. These filters are made up of the loofa sponge which is a washable and biodegradable HEPA filter that captures the large particulates and activated carbon which is proven for its properties to capture gas molecules and volatile organic compounds.

The innovative wheel is designed in a way to suck in the air through the central cavity and push clean air out through the fins. The more the biker pedals forward, the more particulates are captured. For now, the prototype developed by Kristen captures 0.665m³ of air per kilometer cycled. According to her if “10% of all London cyclists had one Rolloe installed on their bike, they would filter approximately 266,865m³ of air – 20 times the size of Trafalgar Square.” Kristen wants to improve her design and develop a rear-wheel which doubles those numbers. She is also working on 3D printing a portion of the three-spoke mag wheel and using weatherproof and sustainable material for the wheel. Rolloe is surely a wise step in the right direction and we can’t wait to see it become a part of our everyday life! 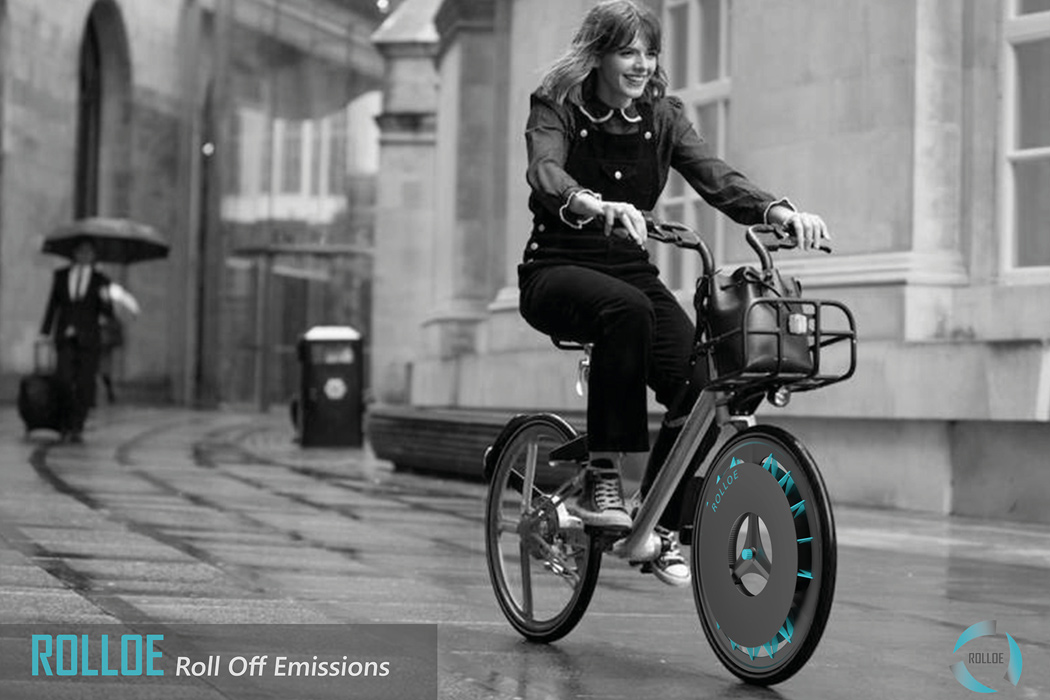 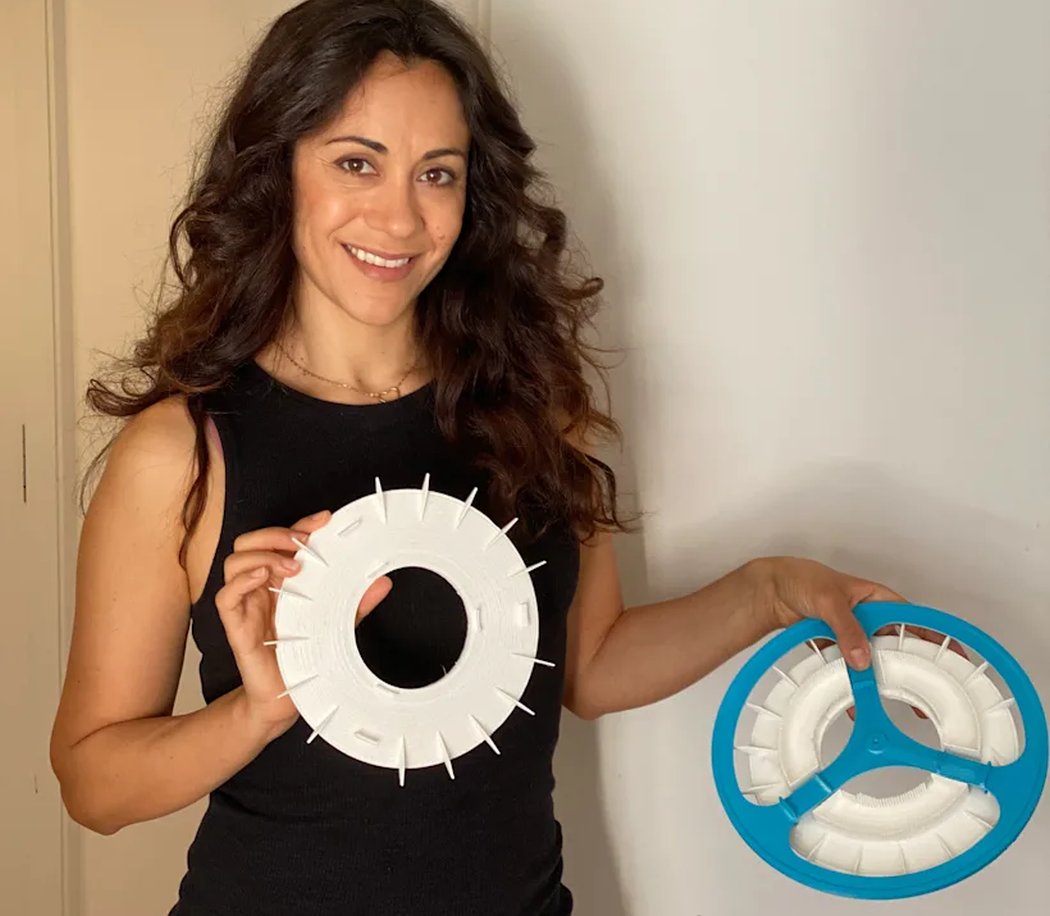 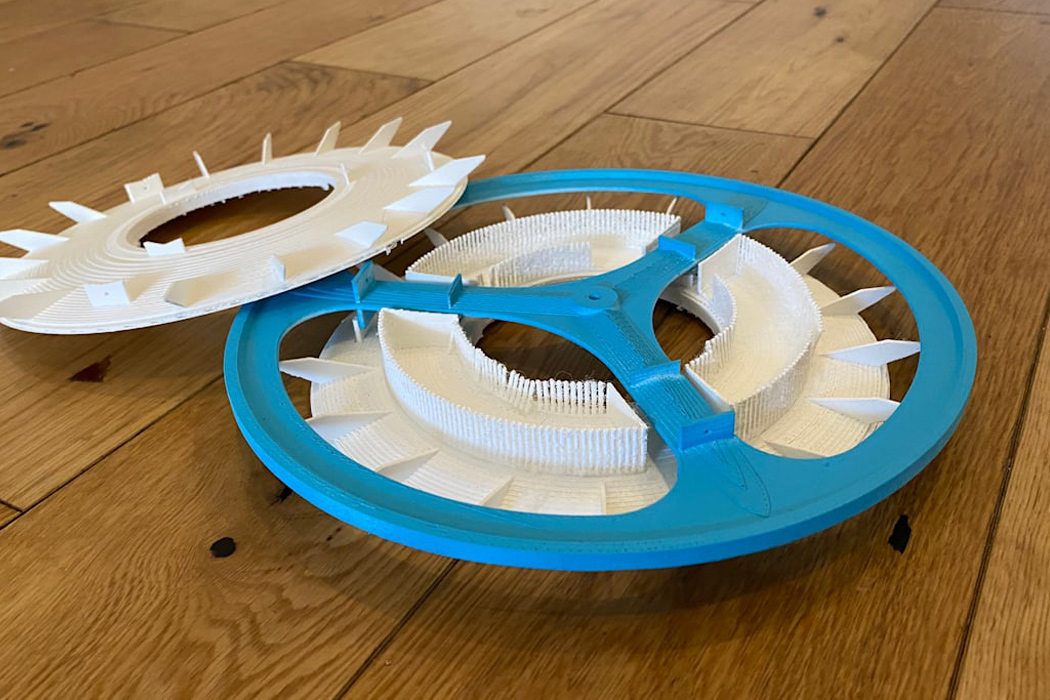 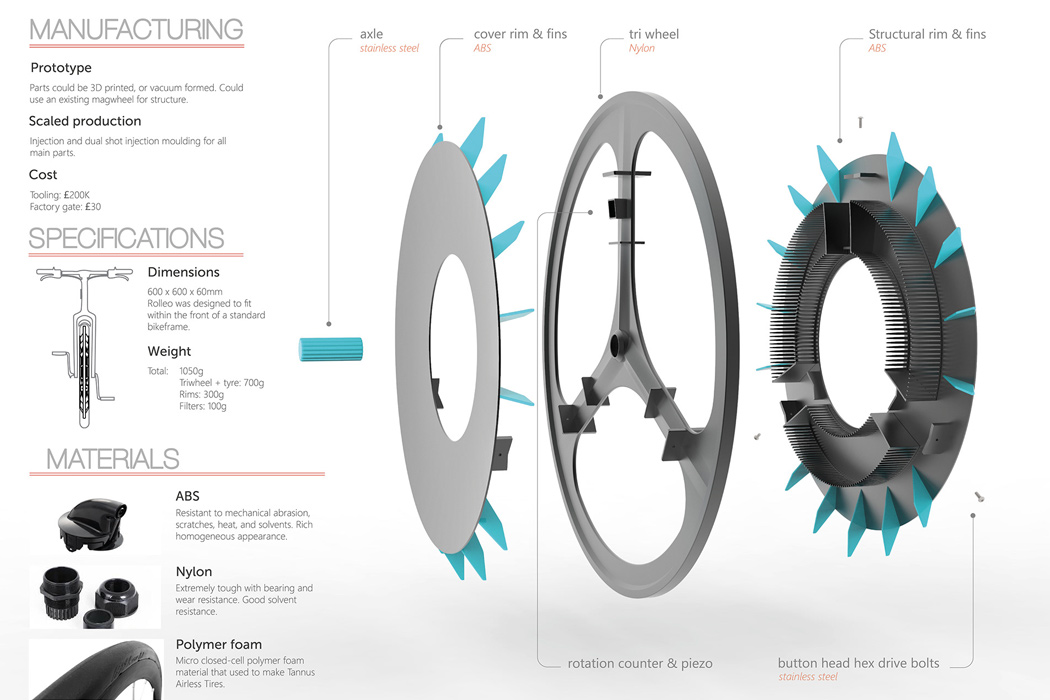 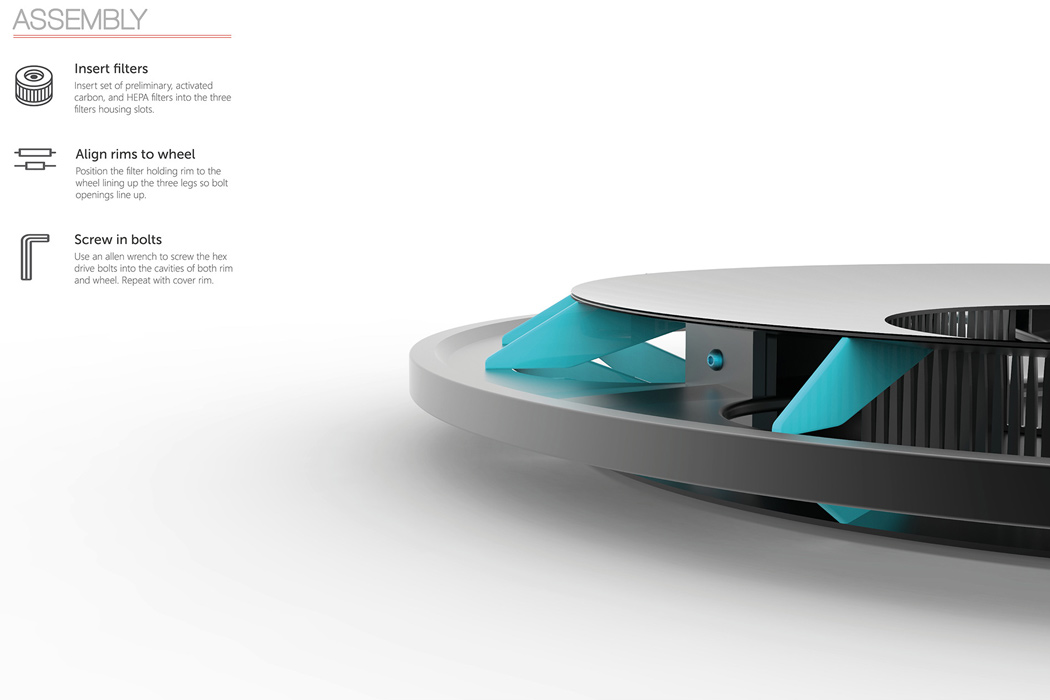 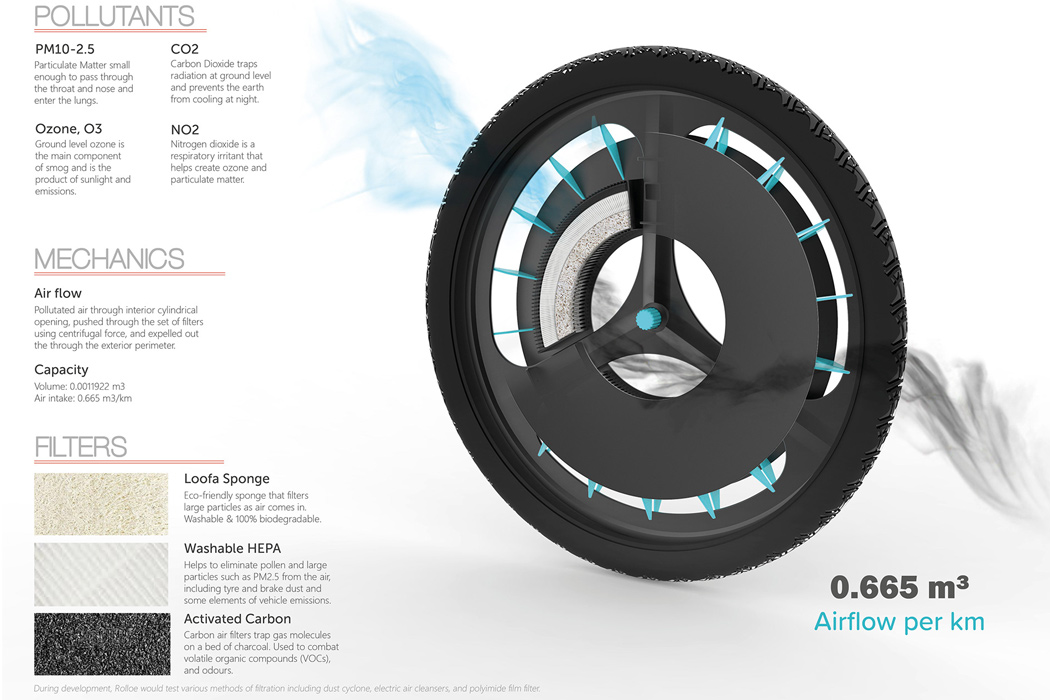 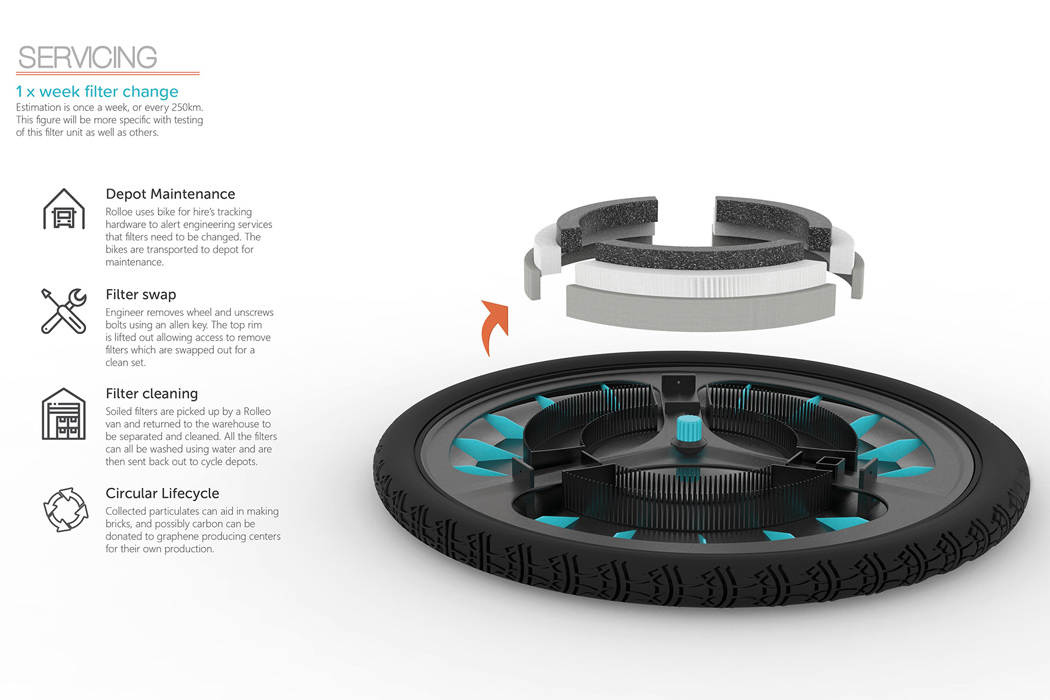 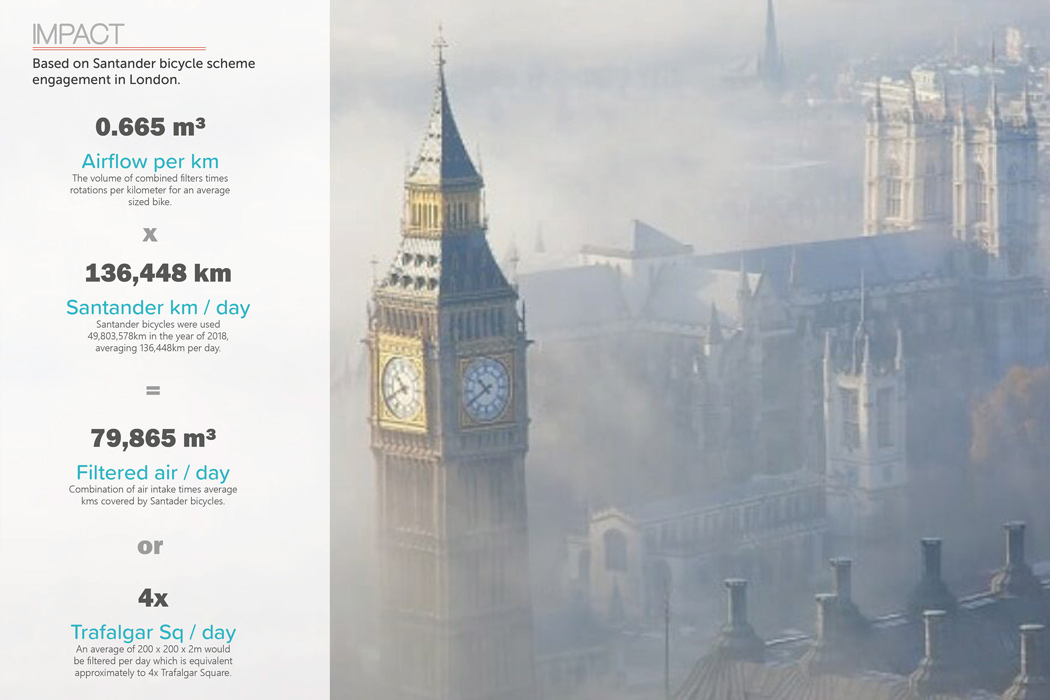 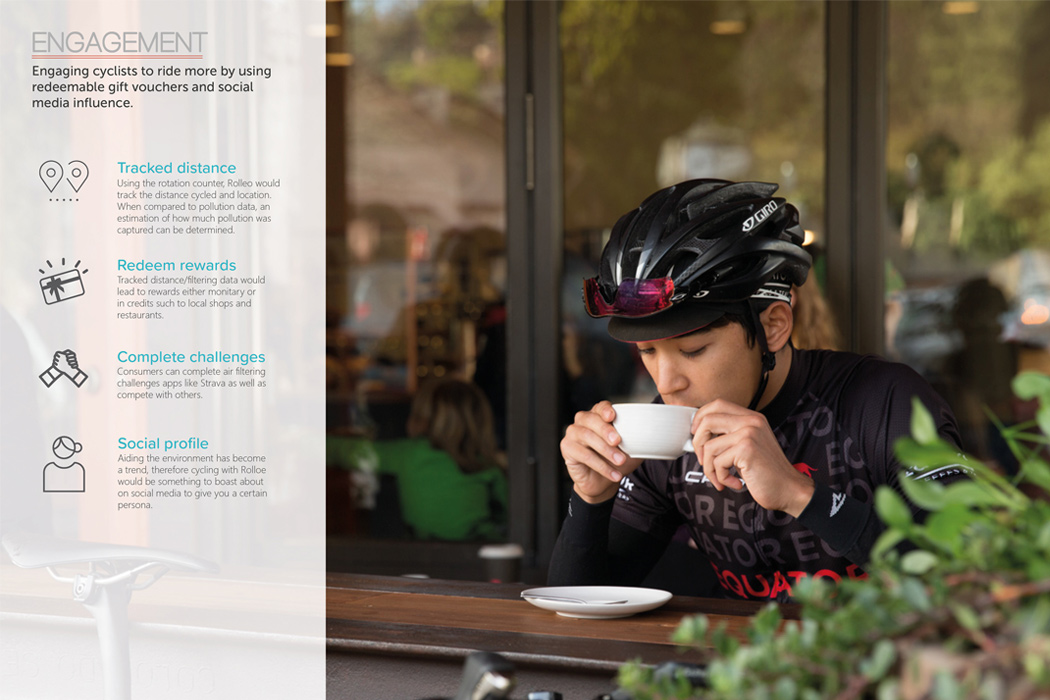 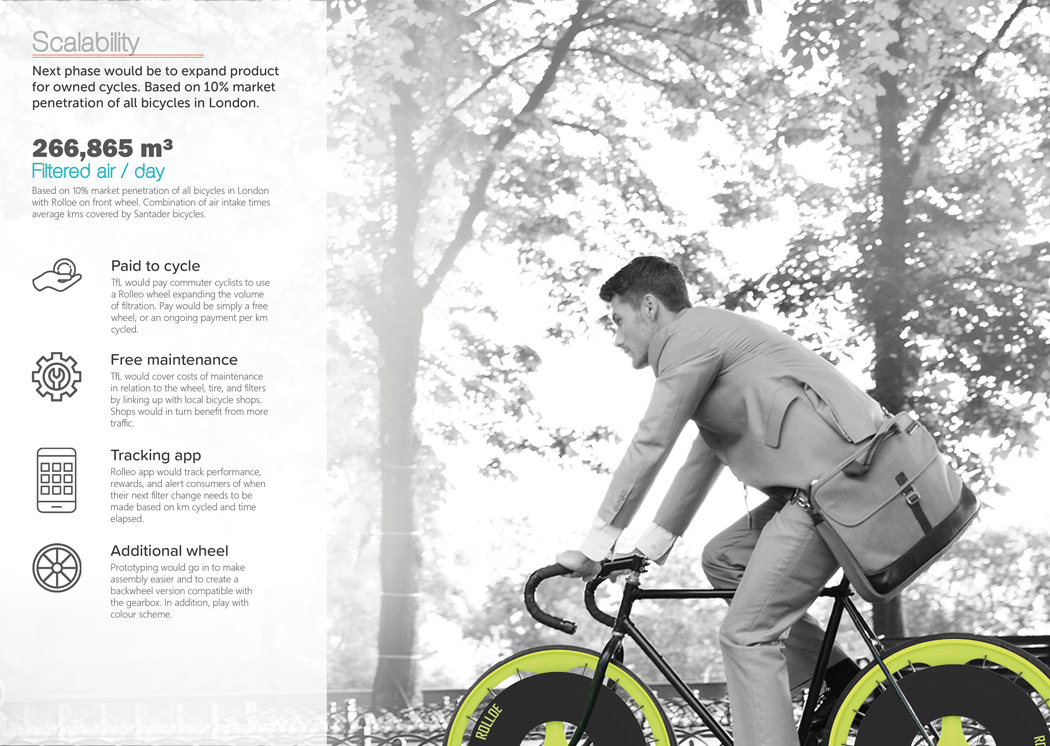 The Inumflis system was designed to work in tandem with existing driver protection features like HUD and  radar object sensors. In addition to the visual…

The Dual Cleaner is a unique combination of a vacuum cleaner at one end and steam cleaner at the other end. It’s process is such…

Nothing, and I mean nothing, will kill the vibe of your interior faster than a TV. You’ve painstakingly curated your home with fine furniture, finishes…

It sort of looks like the Y-Wing Fighter from Star Wars, although designer Yeojin Jung says the superyacht’s split hull design is directly influenced by…