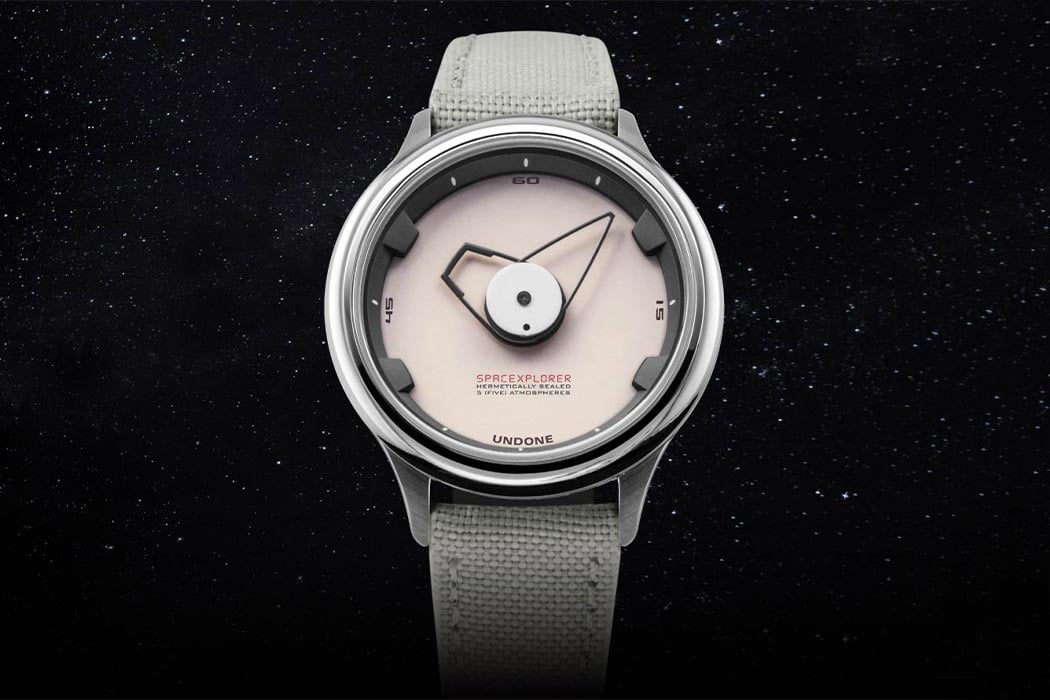 After months of quarantine, all I need is space – space at home, open space, and I would also be okay with the NASA kind of space. You get the point and the puns. Siri has seemed to pick up on it as well and I came across this cool space-themed watch by UNDONE. The brand has always shown a penchant for space, in fact, their SpaceXplorer watch pays homage to the 2014 SpaceX Dragon V2 spacecraft. It is a limited-edition timepiece that celebrates achievements that we have made in terms of design, technology, and innovation. Funny, we do the same at Yanko Design every day too!

This special watch pays great attention to detail and you will recognize those little things instantly if you are a space nerd. For instance, it features styling elements from the new SpaceX ultra-modern space suits. Then it takes it up a notch by using the Dragon V2 capsule’s design details – the grey dial ring, white indices, and the unique hands which are modeled off of the capsules white oblong shaped indices and windows. “The minute-hand mimics the path of a gravitational slingshot, and the second-hand is actually a white disc on which a dot rotates to mimic the moon’s movement around the earth. The hour hand continues to nod to the design of the new and improved spacesuit, highlighting the shape and lines of the collar,” says UNDONE. And because space is an infinite black expanse, the watch dial glows in a cool nitrous blue when its dark.

Just like the spacesuits, the watch will be hermetically sealed to withstand up to five atmospheres. The case back’s circular pattern symbolizes the landing pad of the SpaceX autonomous drone ship and what truly stole my heart about this watch was the engraved “Of Course I Still Love You” quote that was Elon Musk’s tribute to the AI that commanded spaceships in a science fiction novel by Iain M. Banks. “We’ve added the launch time, date, and coordinates (Kennedy Space Center, Cape Canaveral) and to make this really special, we also added return date,” says the team. Only 300 pieces of this SpaceXplorer watch will be made and they all pay homage to the two astronauts’ historic journey to the International Space Station and the first-ever successful launch of a crewed orbital spacecraft by a private company. It’s a Musk-have! 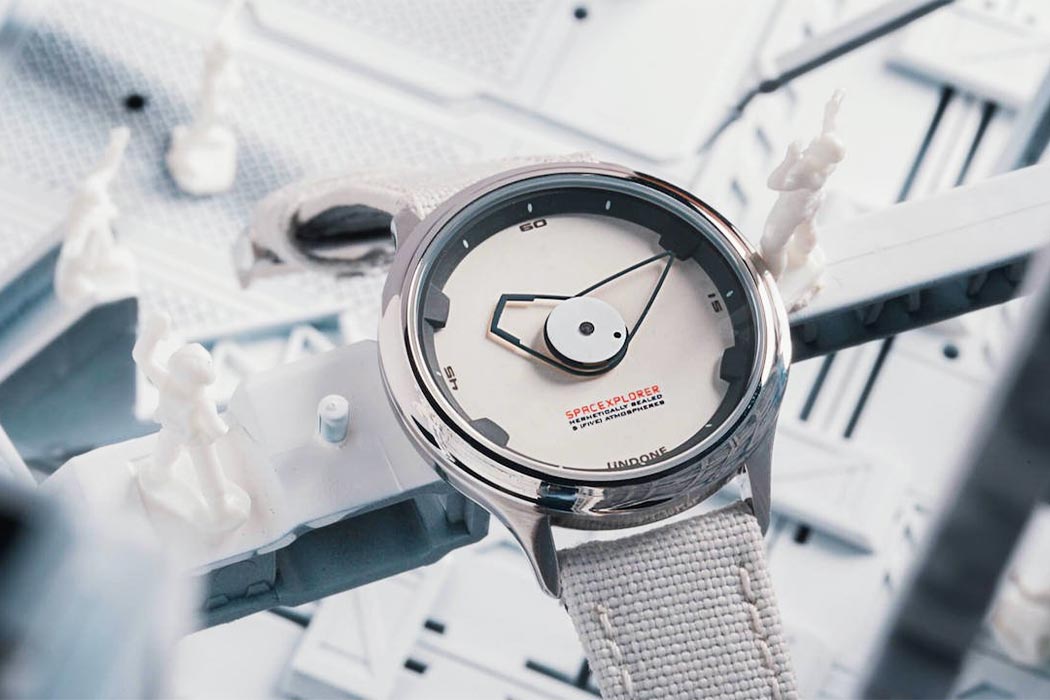 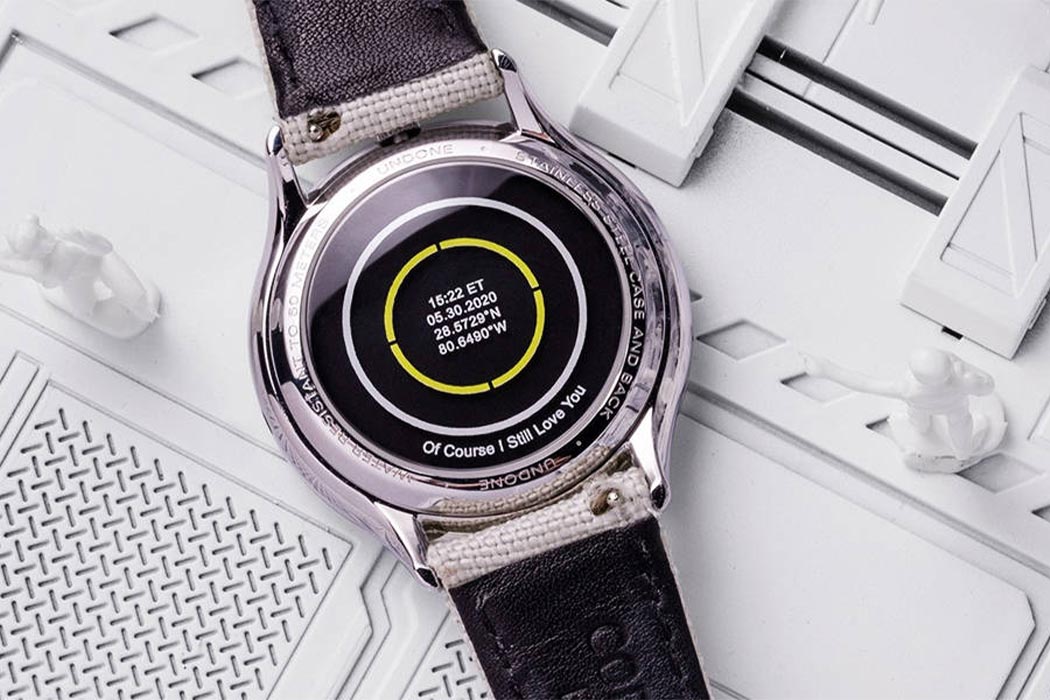 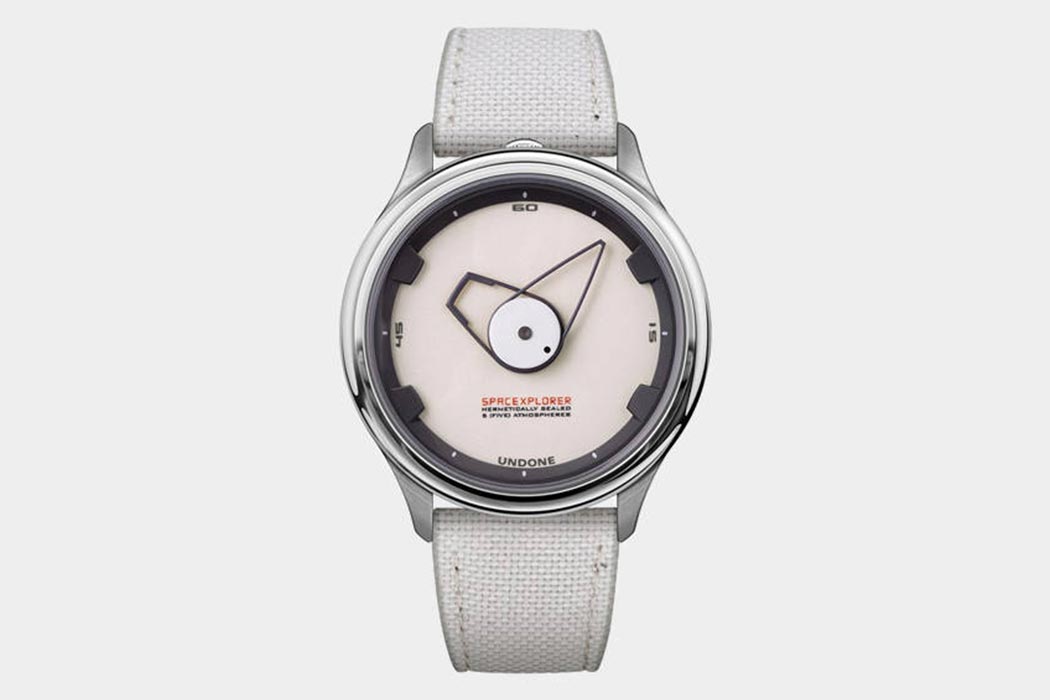 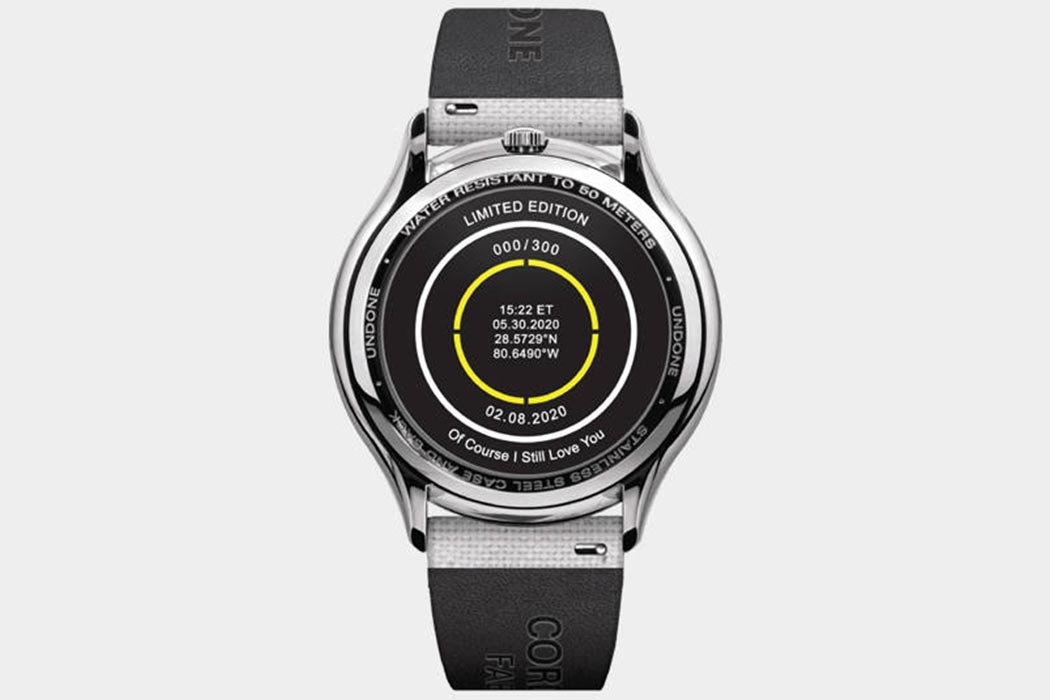 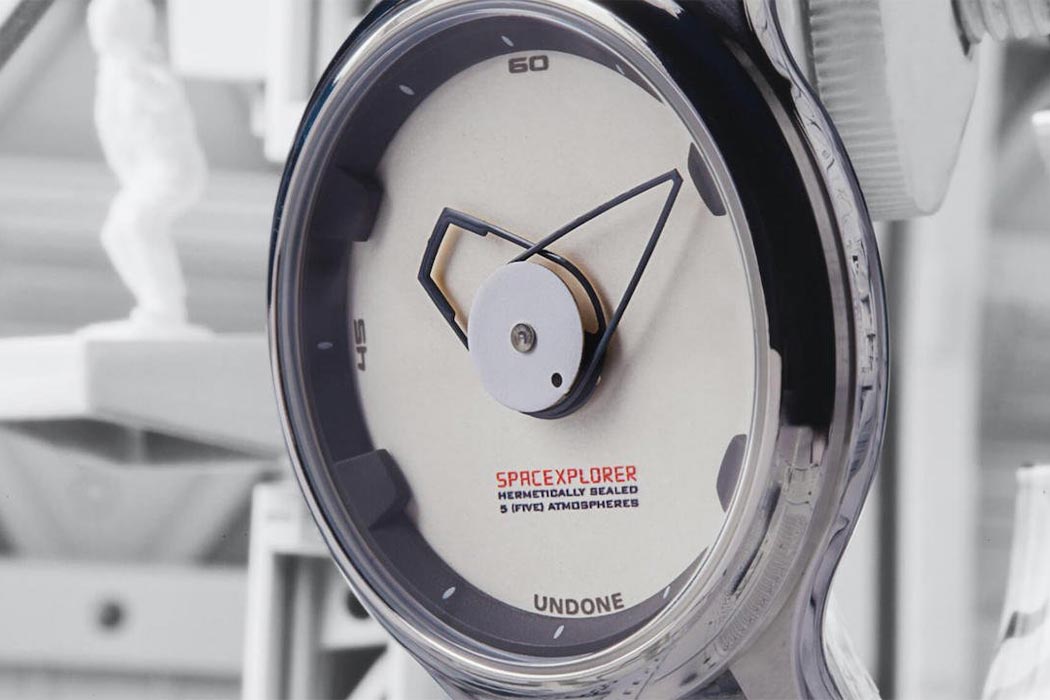 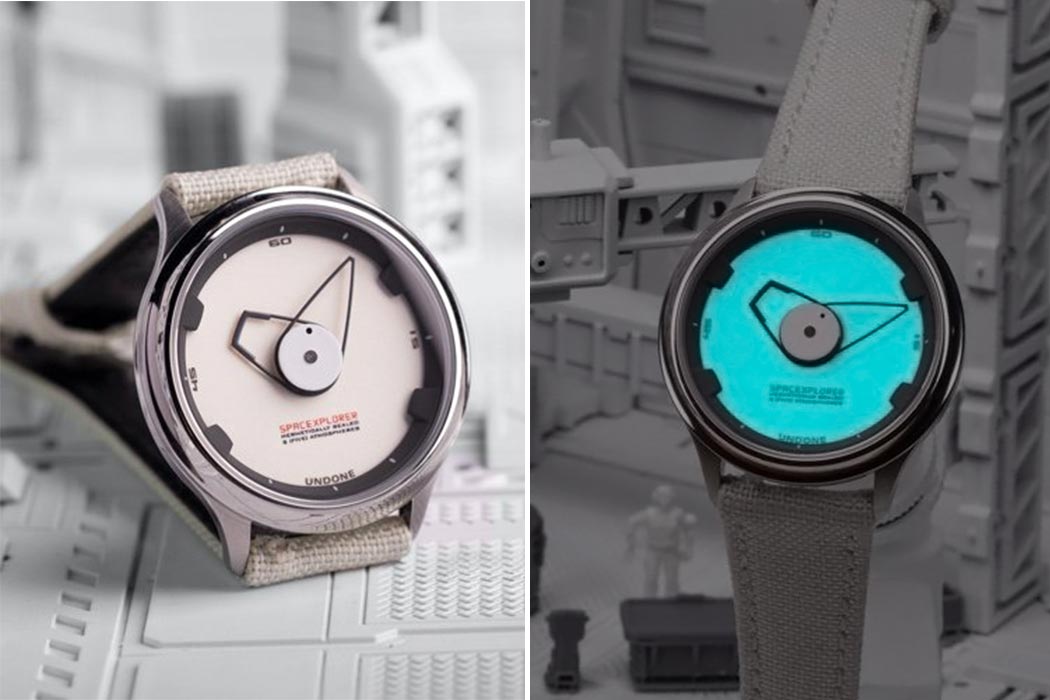 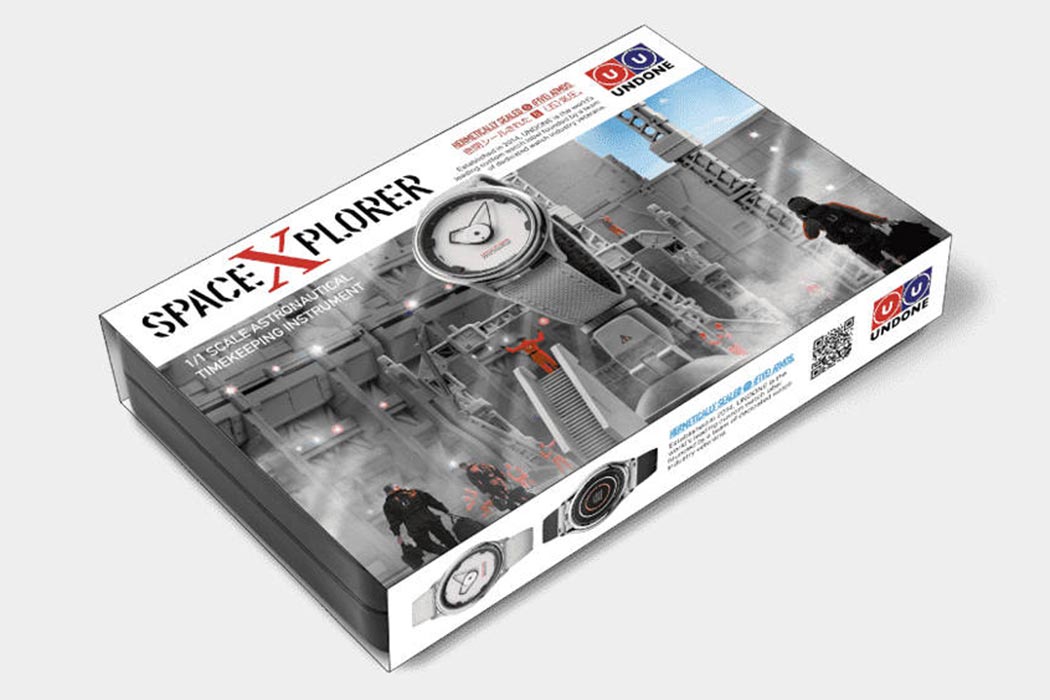 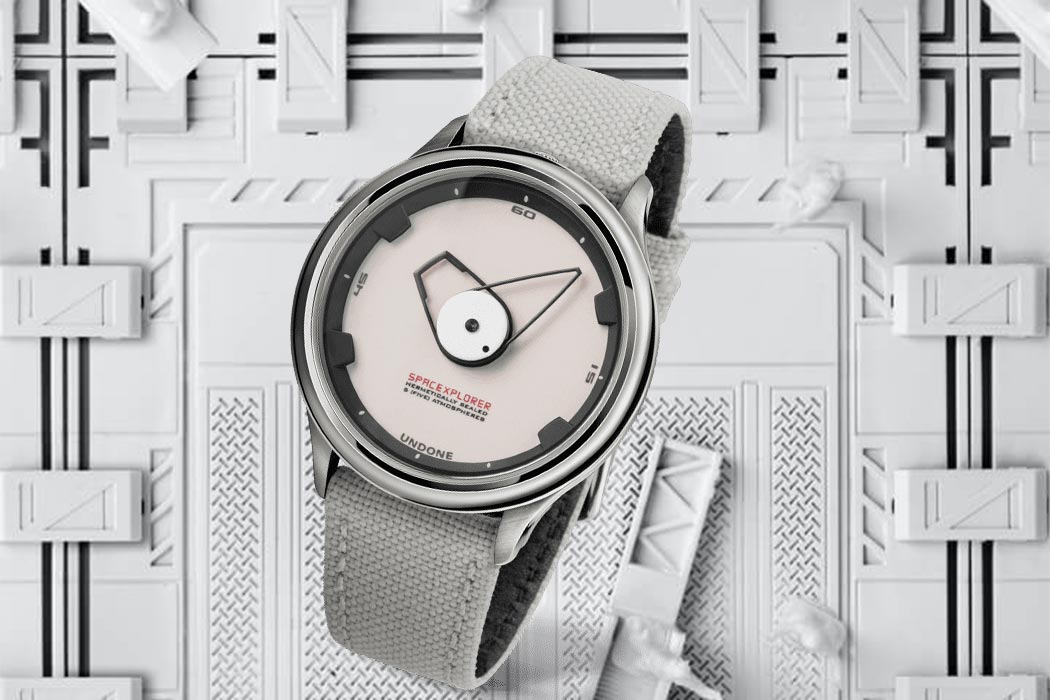 From time-to-time we all require an environment that is free from the distractions that may be present in the environment surrounding us, in order to…

The MK 01 is a set of four speakers crammed into a unique square; it offers you the possibility to use each of the speakers…

Chances are that in the amount of time it took you to read this sentence, the AIRmini could transfer a single 4K movie without breaking…