The most fun part of my job is getting to cover designs and products that really grab my attention. The sad reality is that a lot of these designs are either concepts or too expensive for my broke-ass to afford. It also gives me great pleasure to announce that the STARGLOW is neither.

Designed to be perhaps the most realistic working prototype of a lightsaber from Star Wars, the STARGLOW is best described as a vertical flamethrower. Just like the sabers from the hit sci-fi franchise, the STARGLOW comes as just a handle, featuring a button that turns its blade on. Press the button and a fiery beam emits from one end in either blue or green hues. Just the video above should show you how remarkably close the STARGLOW comes to being the real deal!

Before we go further into this article, it’s also a part of my job to tell you that the STARGLOW is literally a flamethrower. That beam coming out of the handle (or the hilt, in swordsman parlance) is a vertically guided inferno, and while in the real Star Wars, lightsabers could hit objects and collide with each other, the STARGLOW’s blade can’t really recreate that experience, because fire, in fact, isn’t solid. That being said, the STARGLOW can inflict some serious damage, so it’s best kept out of the hands of children.

The STARGLOW sabers come with a choice between blue and green flames – colors used by the Jedi, sort of also hinting at the fact that this device should be used for recreation and for good, not as a weapon. The hilts are styled to look very similar to the steampunk metal handles found in the Star Wars franchise, and come machined from high-strength aircraft aluminum, with two visual options – a polished metal finish, and an anodized gloss black finish.

You’re probably wondering how this magical cosplay replica works. It’s all in the way the STARGLOW deploys its fuel. The saber’s proprietary nozzle injects lighter-fuel under pressure, causing it to travel in a vertical stream that’s 1mm thin. A coil right near the nozzle lights the fuel up, and a unique spiral path for the lighter fuel helps the fire flare up, to create that perfect light-beam flare-up. The length of the ‘plasma’ blade varies between 2.5 and 3 feet, and additives in the methanol fuel help it burn either blue or green. Every STARGLOW kit comes with two 0.1 gallon bottles of liquid fuel. A single bottle is enough for 8 refuels or approximately 20 minutes of uninterrupted burning.

The STARGLOW sabers even come with their own bespoke metal-and-wood stands that allow you to display the handle in all its pop-culture glory… although there’s nothing more deeply satisfying than looking at the faces of people as you press the trigger button and have that beautiful plasma blade ignite and come to life! 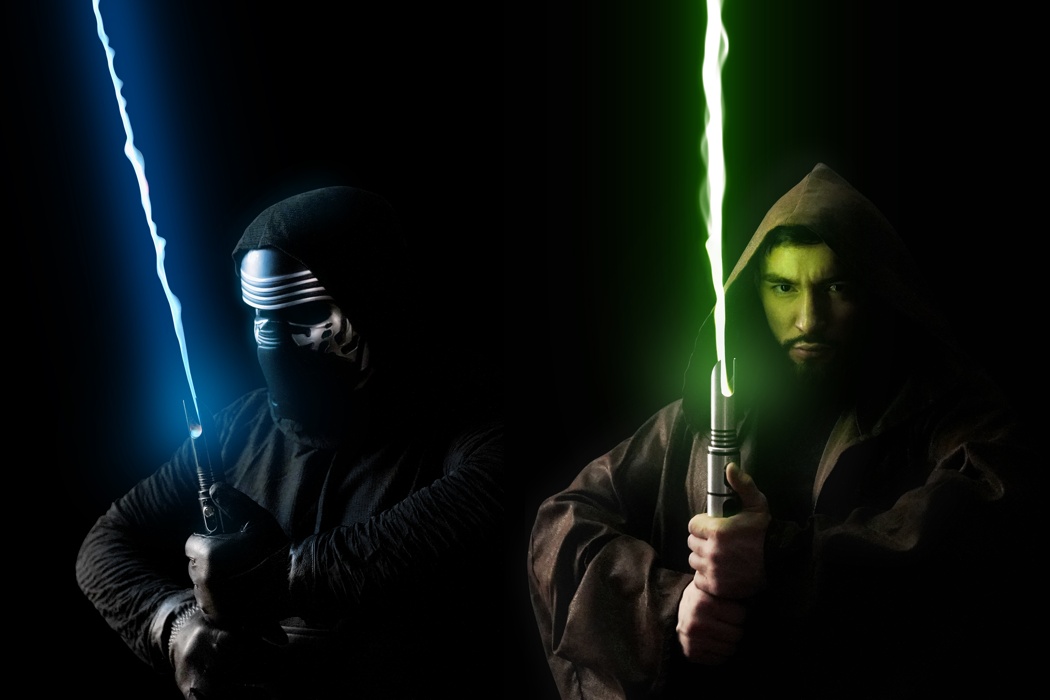 STARGLOW – The Most Realistic Lightsaber

STARGLOW is not just a toy. It is a device that can realistically reproduce the energy blade with the laminar flame flow. In its essence, fire can create the “power blade” in the sword of a Jedi like anything else. Activating STARGLOW puts streaming fire energy in your hands. It can ignite things, leaving a particular trail in its wake. 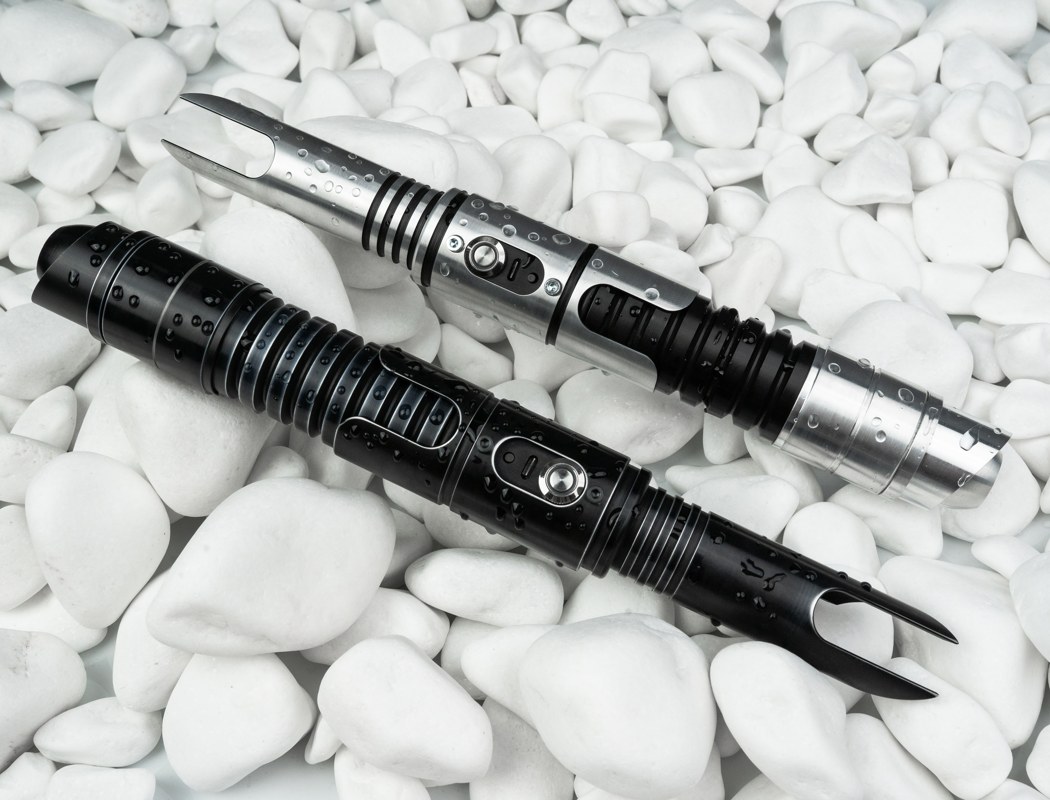 The body of the STARGLOW saber is molded in high-strength aircraft aluminum, processed on high-precision equipment to ensure its complicated shape. The hilt is ergonomic and easy to hold either in one hand or both. STARGLOW can be manufactured in two options: polished aluminum (White) and anode aluminum (Dark). 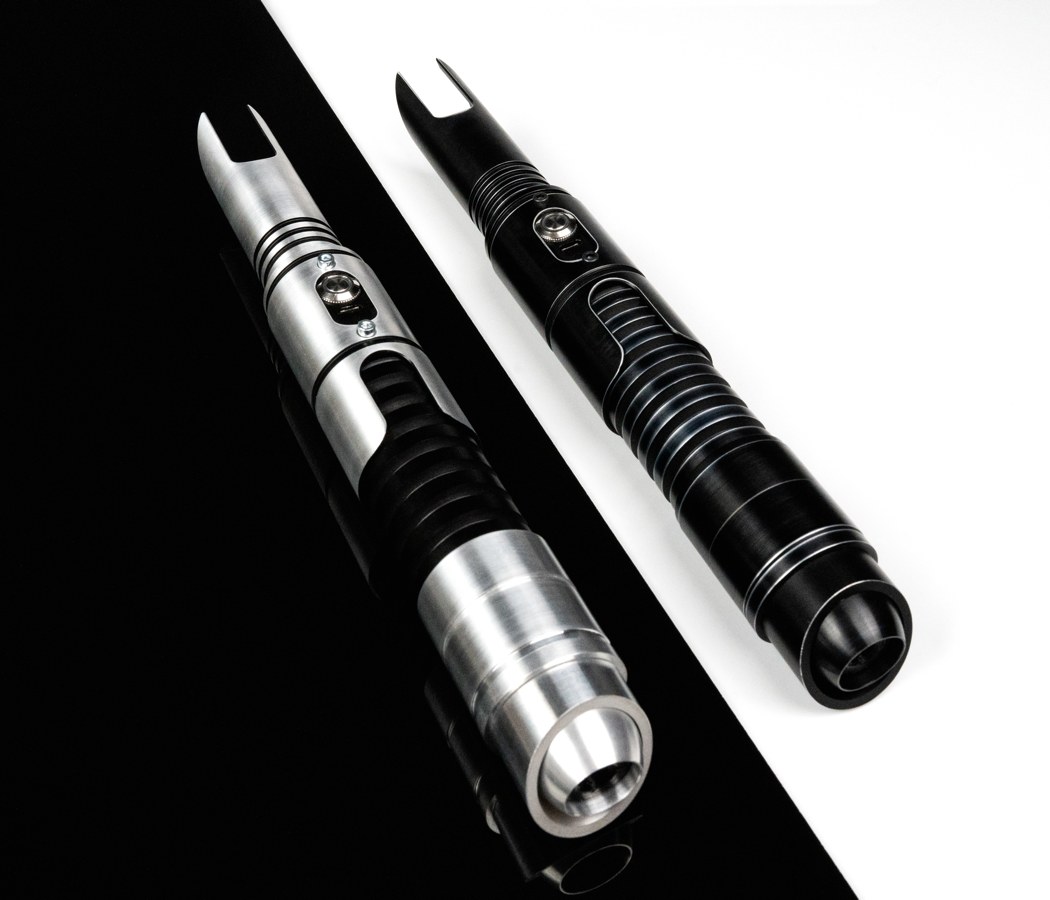 The STARGLOW blade is achieved by a directed current of flaming liquid. The fuel creates a trail of fire in the air as it comes out of the sword, burning out instantly.

The main accomplishment of the STARGLOW creators is its unique nozzle. It injects fuel under pressure, forming an intimately thin (around 1 mm) jet. The fuel passes through a special spiral causing it to flare up thus forming the blade of the light sword. STARGLOW can produce a fire sword up to 2.5 feet long with uninterrupted burning time up to 3 minutes. 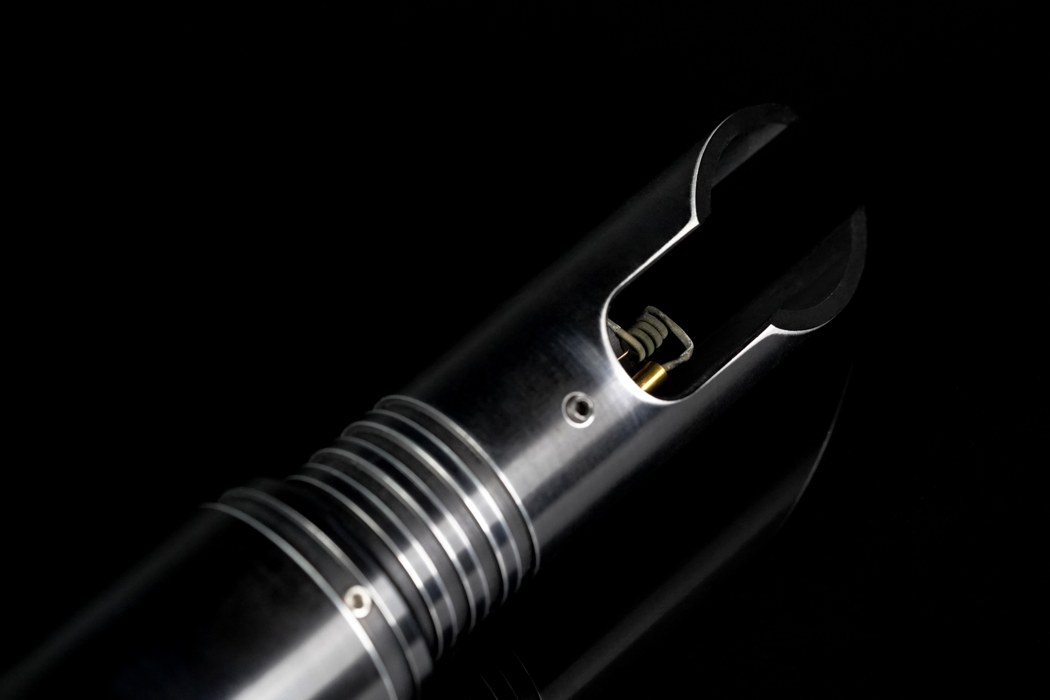 Each STARGLOW kit is shipped with fuel. The fuel is methanol-based and includes special components that tint the sword blade to be either blue or green. Each color mesmerizing in its own way.

The blue blade is mysterious and produces deep semitones.

The green blade gives a saturated green color and lights up the area nearby as well as the blade. 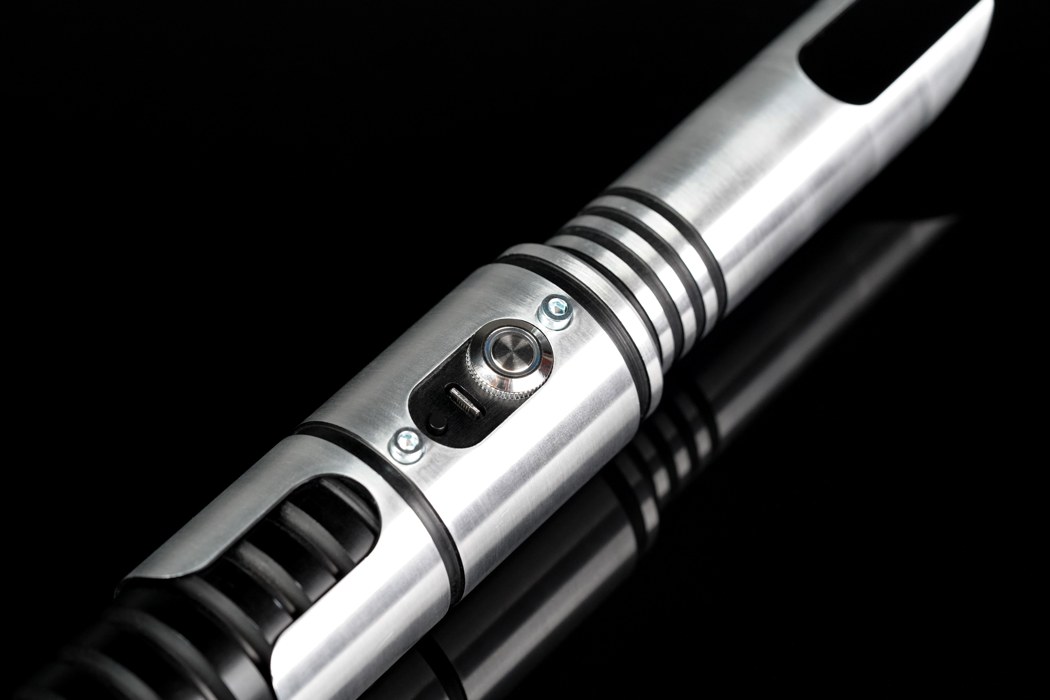 STARGLOW is activated with a control button. The sword functions in a semi-automatic mode, independently estimating the spiral temperature and the liquid pressure.

The delay of fuel supply during the first combustion lasts around 2 seconds. This is necessary for the spiral to heat up to the required temperature. Further combustion is instant. With no activation after 10 seconds, the spiral switches to the waiting mode. 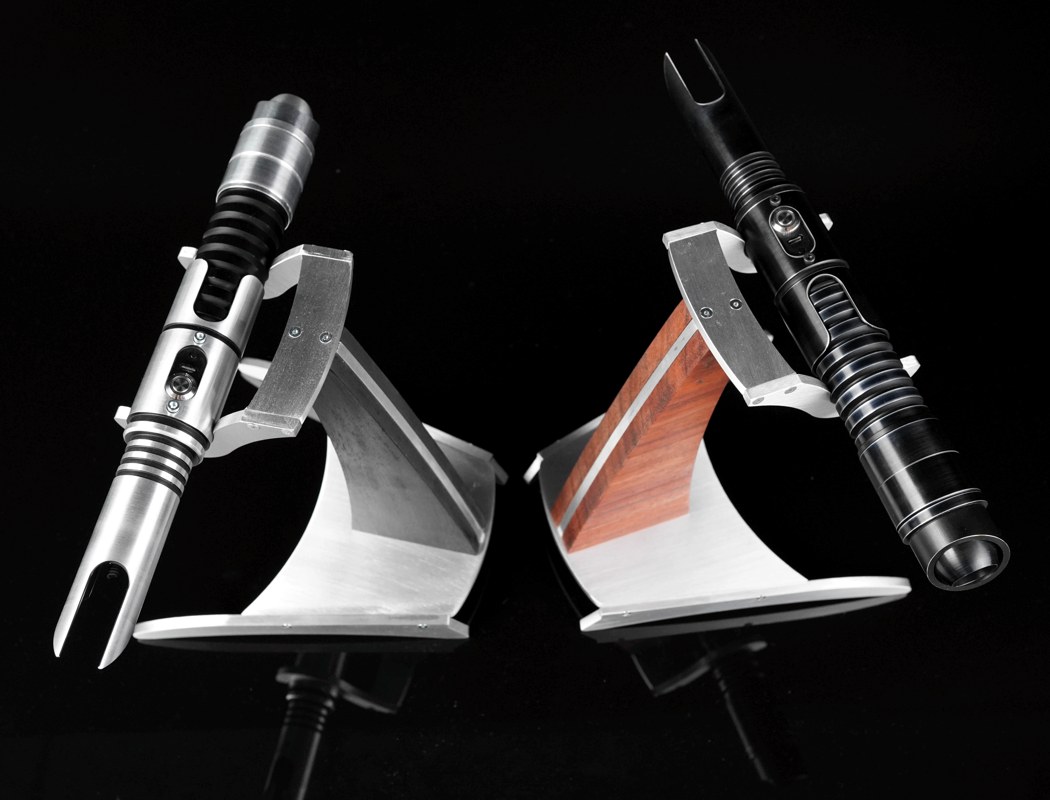 The STARGLOW stand is manufactured from polished aluminum and solid wood. These two elements perfectly match the materials of the sword properly.

Given the high number of patients hospitalized and nurses being overworked in some countries, there is a high chance the IV drip being ignored and…

The mouse was born as a direct result of the world’s first Graphical User Interface. As soon as computers began displaying icons, windows, and folders…

Milk Is The New Redbull

In the last decade public education departments have increasingly made an effort to replace the notorious student diet of chips and soda. Their goal is…