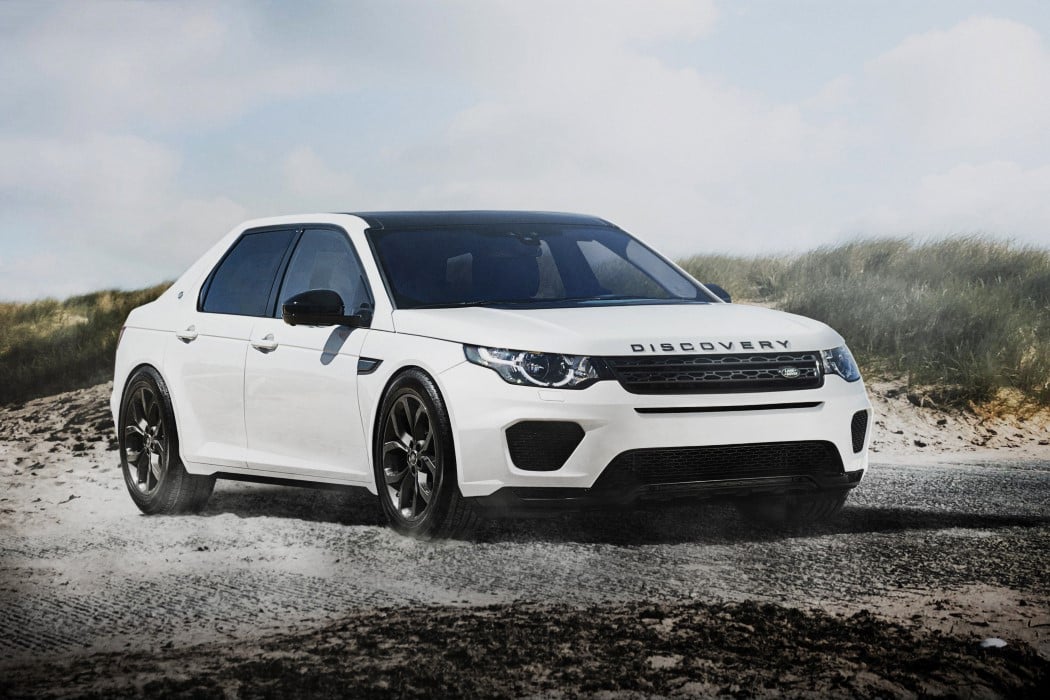 You wouldn’t be wrong to assume this post was about crossovers, but these definitely aren’t crossovers. Created as a fun design exercise that’s more absurd than practical, the guys at NeoMam Studios envisioned what popular SUVs would look like if their proportions were altered to become Sedans. To be honest, it’s a lot like the Jason Momoa commercial from the 2019 Superbowl (remember thin Jason Momoa?)… these new sedans definitely look a little more ‘macho’ than you’d expect and that SUV character really still shines through. It’s a great way to understand design and visual semantics too, and that each product has something called a ‘category code’. You wouldn’t expect to see Kleenex sold in a Coca Cola bottle, right? Or a soft-drink in a jerry can. Bottles are designed a certain way to fit into their product category the same way cars are. That’s probably why these sedans look like there’s something off. It’s a good thing these are just concepts and nobody’s actually building any of them!

Right above the first paragraph, we look at the Land Rover Discovery Sedan, perhaps the most easy-on-the-eyes of them all. The adventure DNA is still present with recognizable headlights and a standard front grille, but the front bumper is shortened to give it the SUV proportions of a sedan. Also, the roofline is a direct ode to the Discovery SUV, although the boxier rear proportion means expansive room for both rear passengers and cargo. 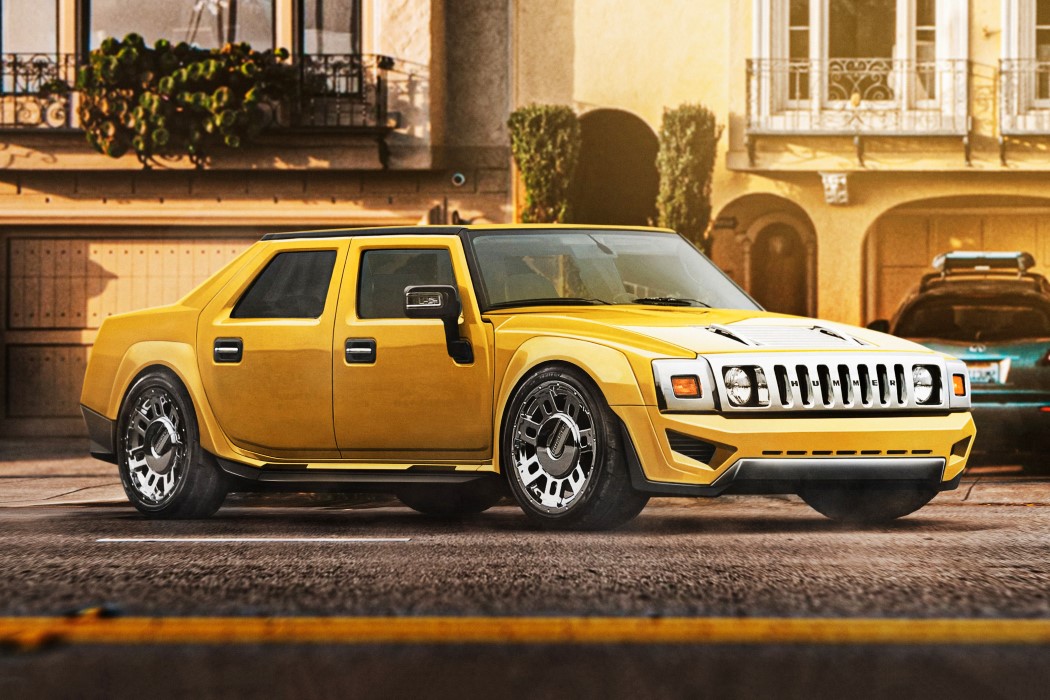 A Hummer Sedan is the equivalent of superimposing Hulk Hogan’s face on Michael Cera’s body (or the Undertaker on Pete Davidson). The iconic Hummer chrome grille almost hints at an SUV build, but its boxy sedan proportions sort of feel like we’re not getting our money’s worth! The large wheels have the same chrome finish as the grille, making this sedan a proper bling machine. The angular front bumper was also redesigned to give it the appearance of a sedan. NeoMam, however, retained the large wing mirrors mounted on the doors to give it the unmistakable appeal of a Hummer. 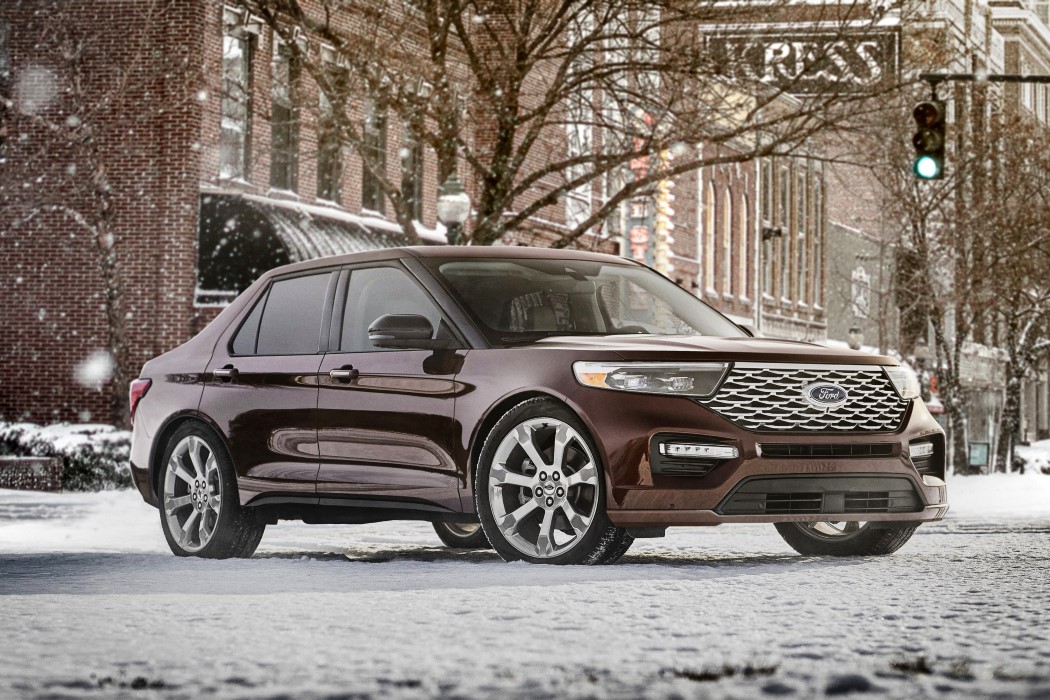 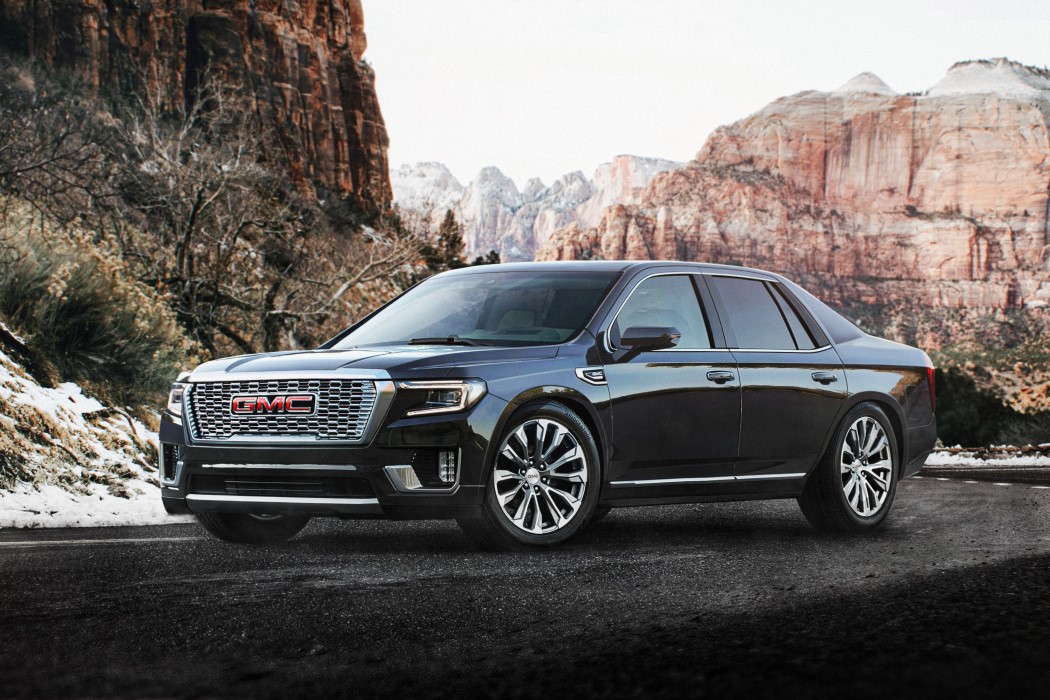 The GMC Yukon is a prime-and-proper family SUV. It has the right levels of toughness and luxury, and the same holds true for your GMC Yukon sedan. Right off the bat, this sedan means serious business. The familiar GMC Yukon grille and headlight design are present, albeit toned down to match the proportions of a full-size luxury sedan… And yes, it has the aura of a Chrysler 300 C, but the boxy pillars and curved roof is very much original. The GMC Yukon sedan exudes a strong sense of robustness. It has a long and sculpted hood, a long wheelbase, and a shorter front overhang – all the qualities of a Rolls-Royce. It looks as robust as an SUV and yet as stately as a proper limousine. 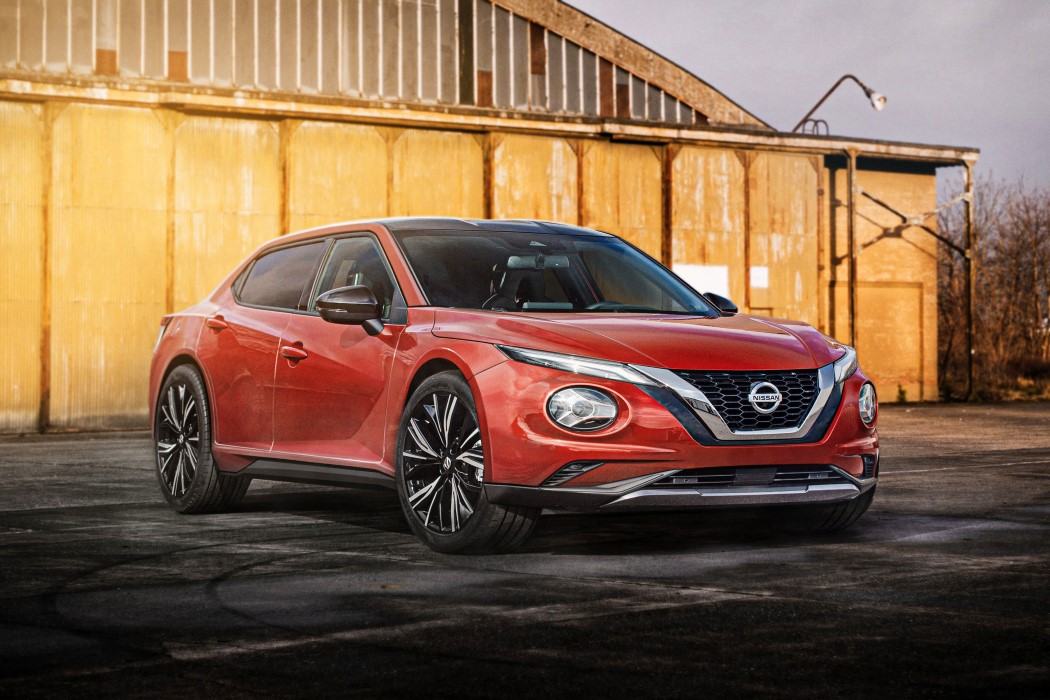 Depending on your point of view, the Nissan Juke is either funky and super stylish, or just a bit weird and googly. While its design might not please everyone, it’s definitely one of the more natural SUV to sedan transitions. Nissan’s trademarked V-motion grille dominates the front, but the biggest eye-catchers are the LED indicators and large headlights on the front bumper. There’s no mistaking the Juke sedan for anything other than a Nissan, but from the A-pillar and back, it’s pretty much a Juke with a wagon-like rear end. Dare I say this Juke sedan looks good enough for production? Attention Nissan, here’s your next car. 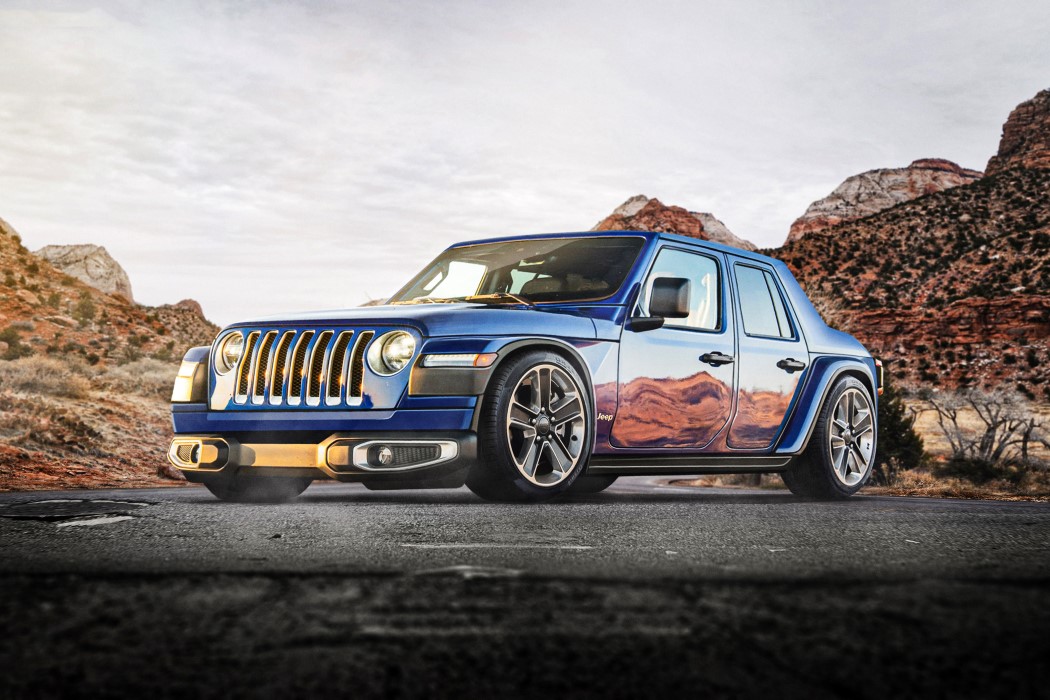 Yet another iconic SUV (perhaps the most iconic, since the word jeep is now used as a noun) turned sedan, the Jeep Wrangler Sedan looks odd, but rewind to the 70-80s and maybe this sedan would fit in just fine. The flat Wrangler doors are retained along with the iconic vertical grille and round headlamps, but the guys at NeoMam Studios angled the windshield to give the vehicle a lower roof. Despite having a sloping windshield and lowered roof, the roofline is straight as an arrow and dramatically slopes downward to form the boxy rear end of the vehicle. 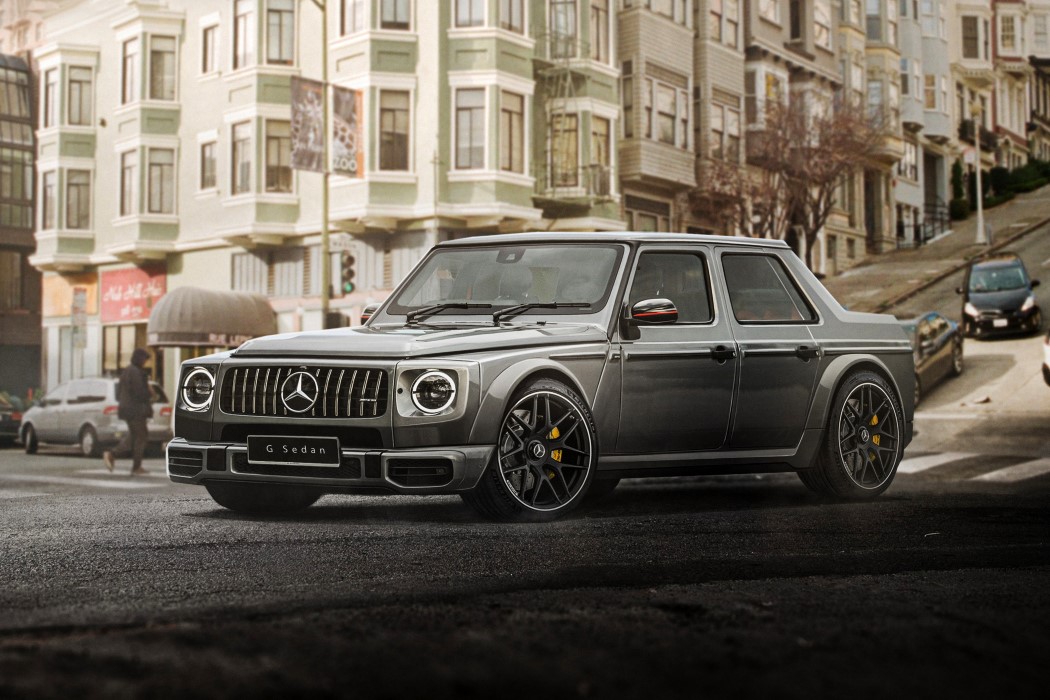 The Mercedes-Benz G-Class is a modern SUV with a retro body style. The G-Class (or more popularly known as the G wagon) is also oozing with power and sophistication. The G-Class may be the boxiest of the lot, but it doesn’t look as unusual as a Hummer or a Jeep sedan, now does it? The powerful hood, aggressive Panamericana grille, and classic G-wagon headlights are there. Instead of creating an entirely new front bumper, the G sedan makes do with a Lilliputian version of the G-Wagon’s bumper. The AMG wheels fit well under those resculpted wheel arches. All it needs now is a growling turbocharged V8 motor!

This conceptual Dyson racecar is a 3D mashup of its most famous products!

I mean, this Dyson car isn’t intended for the road, but if it were, it would surely ‘blow’ its competitors away! Now that I got…

This is How Grandparents of the Future Will Get Around!

Not only limited to grandparents, the Honda MODULAR concept explores how urban dwellers of all ages might travel in the year 2030. The transforming design…

E-Board of the Future

EXO (an abbreviation of “exoskeleton”) denotes the aesthetic behind this E-Boards skeletal construction. Taking the interpretation of a personal electric skateboard and turning on its…

The Fiat 126 reimagined as an all-electric vehicle evokes nostalgia through its modern design!