Did you know that the construction industry actually contributes more to global warming than the aviation industry? Construction is responsible for 39% of the world’s CO2 emissions while aviation is responsible for 2% and that means we need a sustainable building material before we need electric airplanes. Rhino Machines is an Indian company that has recently launched a sustainable alternative to the traditional brick called the silica plastic block in collaboration with architectural firm R+D Studio.

We’ve seen mushrooms turn into bricks and now we are seeing this brick made of 80% recycled sand waste/foundry dust and 20% mixed plastic waste. The SPB (silicone plastic block) was created to curb the gigantic dust waste from construction that contributes to India’s pollution levels that are already hazardous in major cities. The project started with a goal of producing zero waste from the sand reclamation plant in the Rhino Machines foundry plant. There were many experiments before landing on this ratio, initially foundry dust was used in cement-bonded fly ash bricks (7-10% waste recycled) and clay bricks (15% waste recycled). This production process was reliant on natural supplies such as cement, fertile soil, and water which wouldn’t justify the team’s criteria of creating something that was more environmentally friendly. After multiple trials and research, the solution of bonding sand/foundry dust with plastic was born. Since it is made out of waste, the cost of production is relatively low and Rhino Machines is working on an ecosystem solution so that the foundries across the country can develop and distribute the SPBs within their zones.

The team used mixed plastic waste as a bonding agent which reduced the need for water during mixing and thereafter curing is completely eliminated. These sustainable bricks would be directly used after cooling down from the molding process. Over four months the team approached hospitals, societies, individuals, social organizations, and the local municipal corporations to provide clean plastic. A total of six tonnes of plastic waste and sixteen tonnes of dust + sand from the foundry industry were collected, ready to be recycled. The SPB bricks were 2.5 times stronger than the regular red clay bricks and used 80% lesser natural resources too – now you can build a stronger home that also lets your home planet be strong. Better to use that plastic in bricks than to put it in the sea! 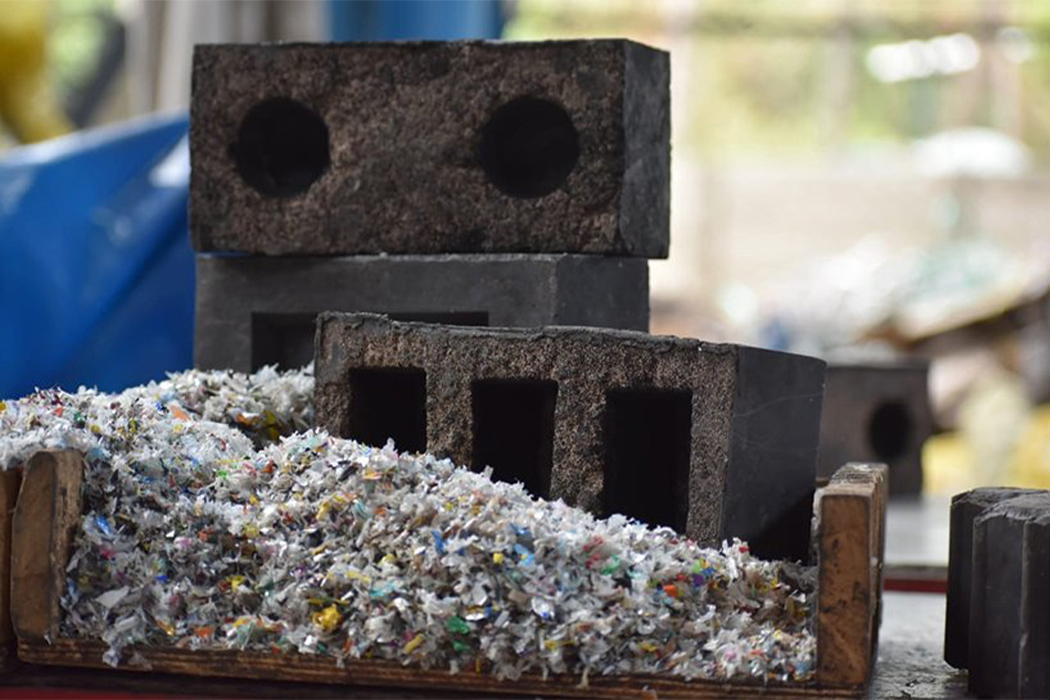 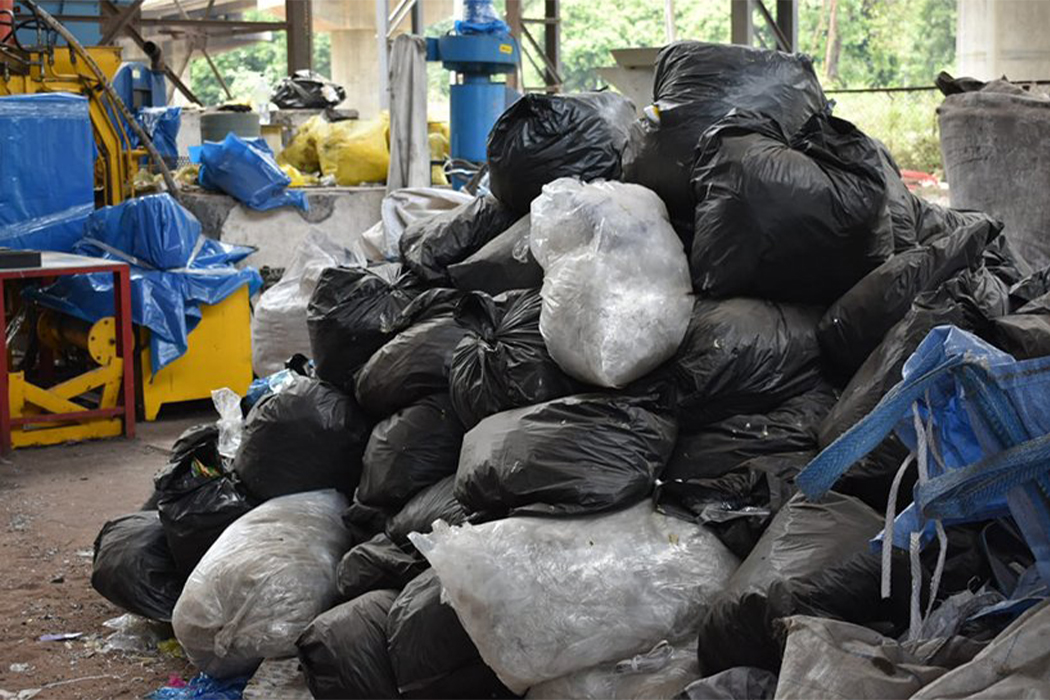 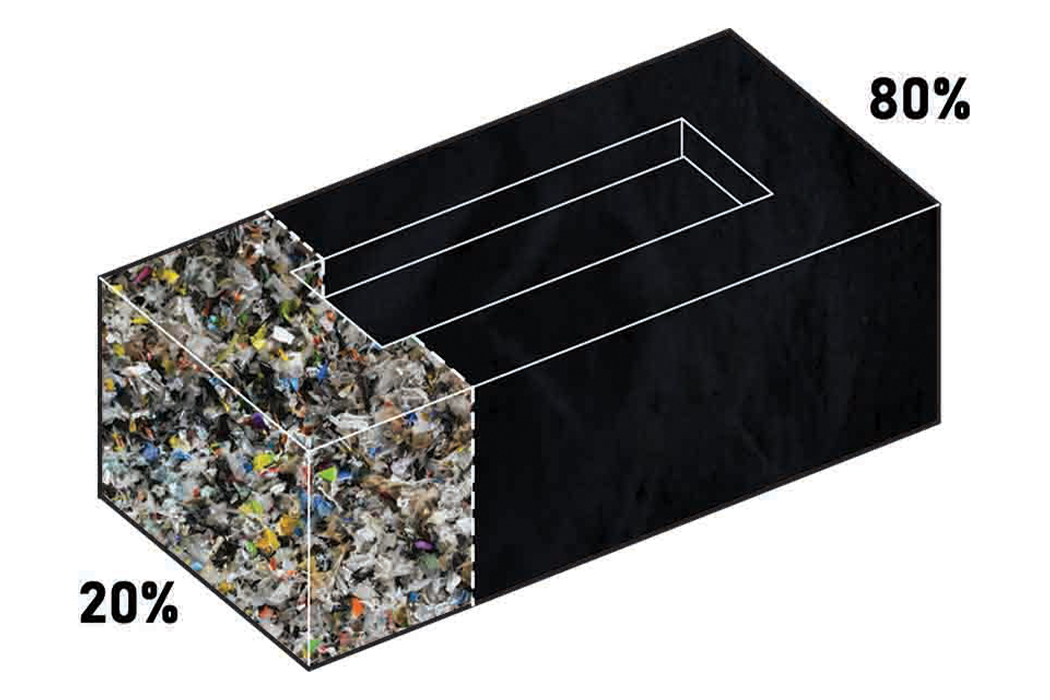 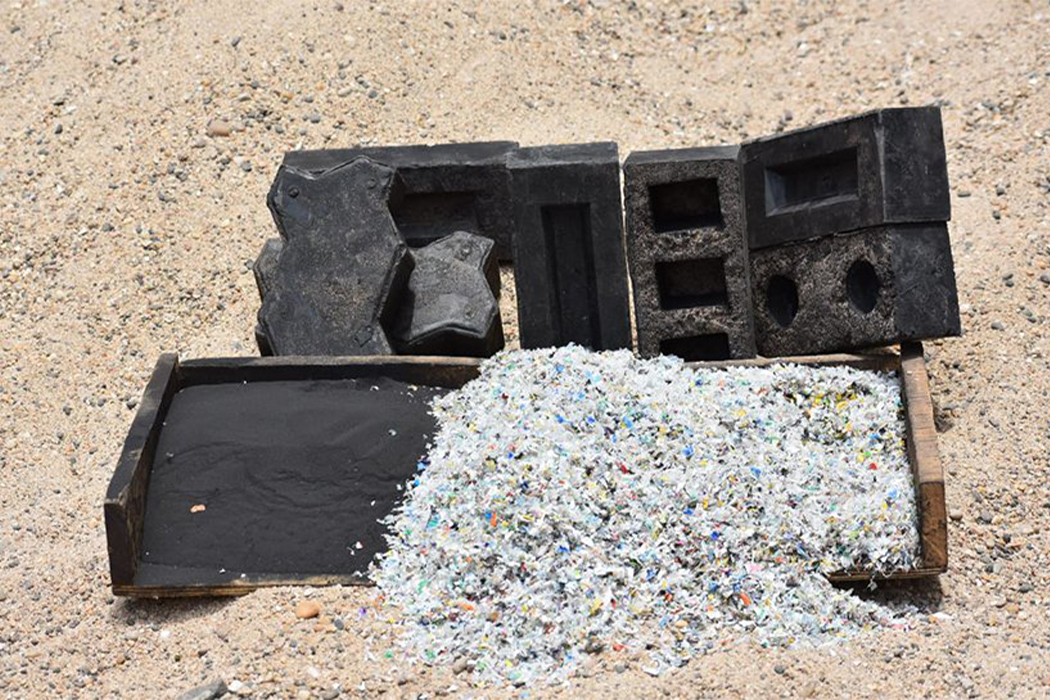 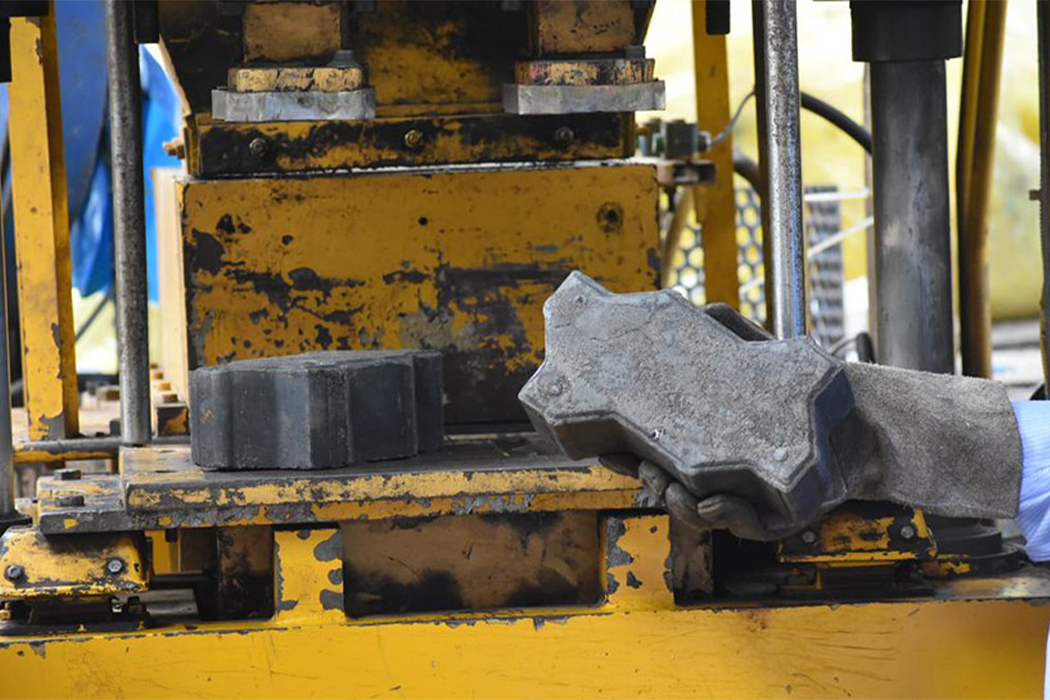 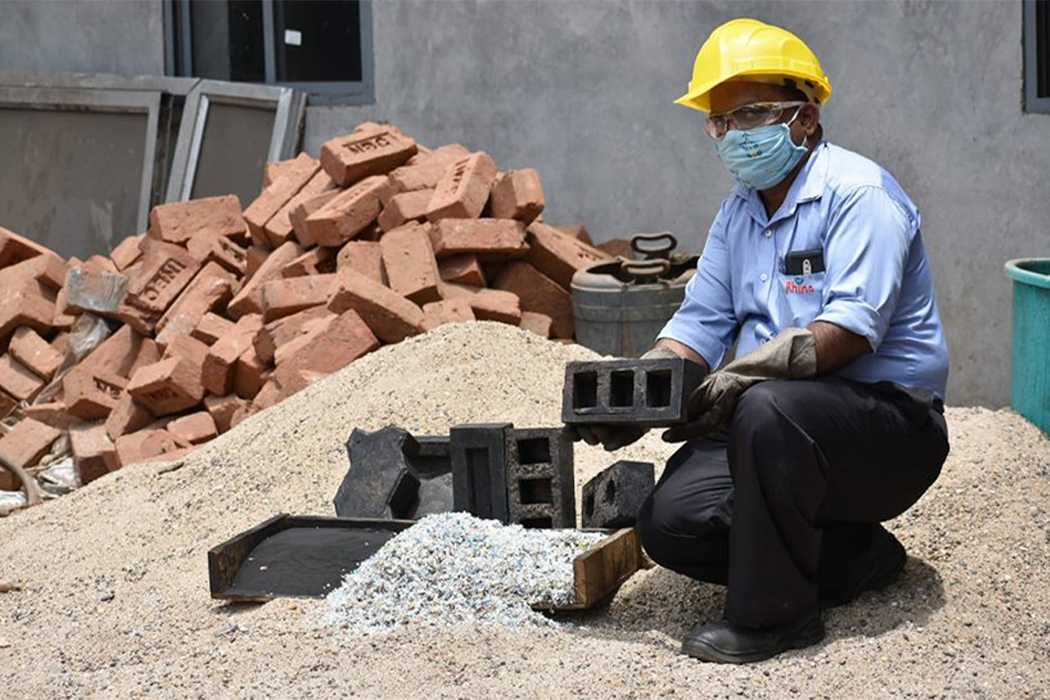 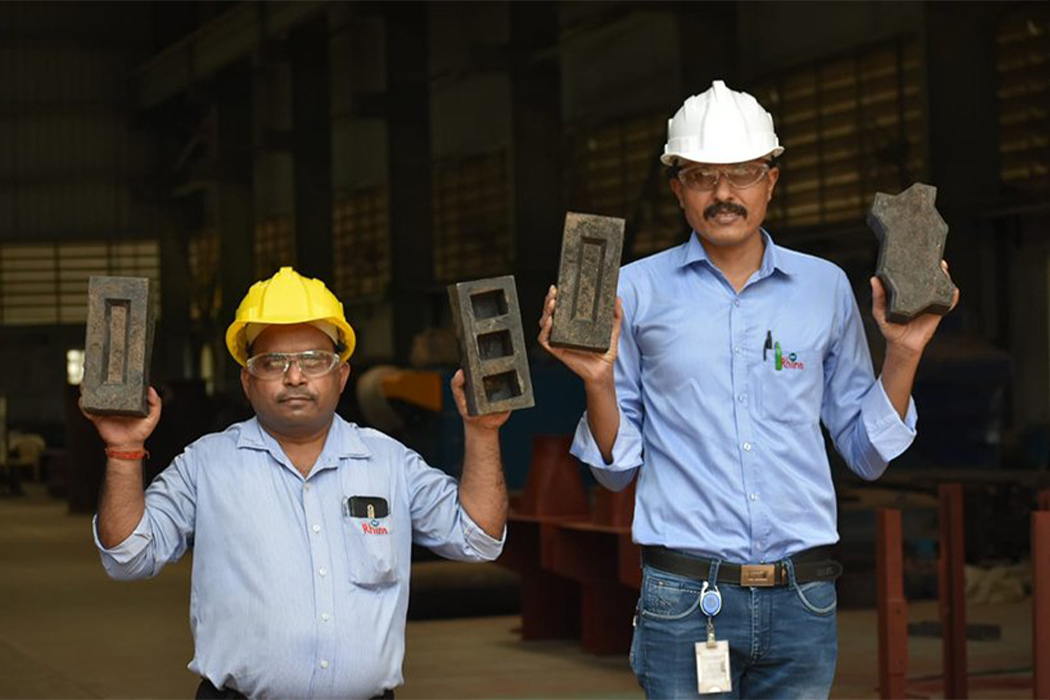 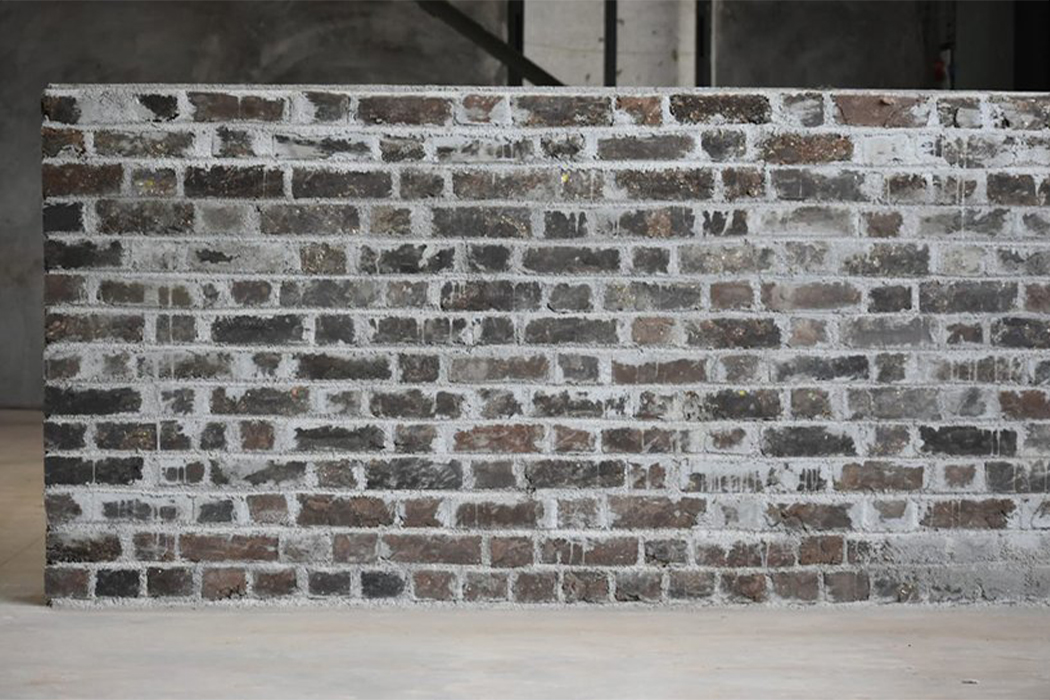 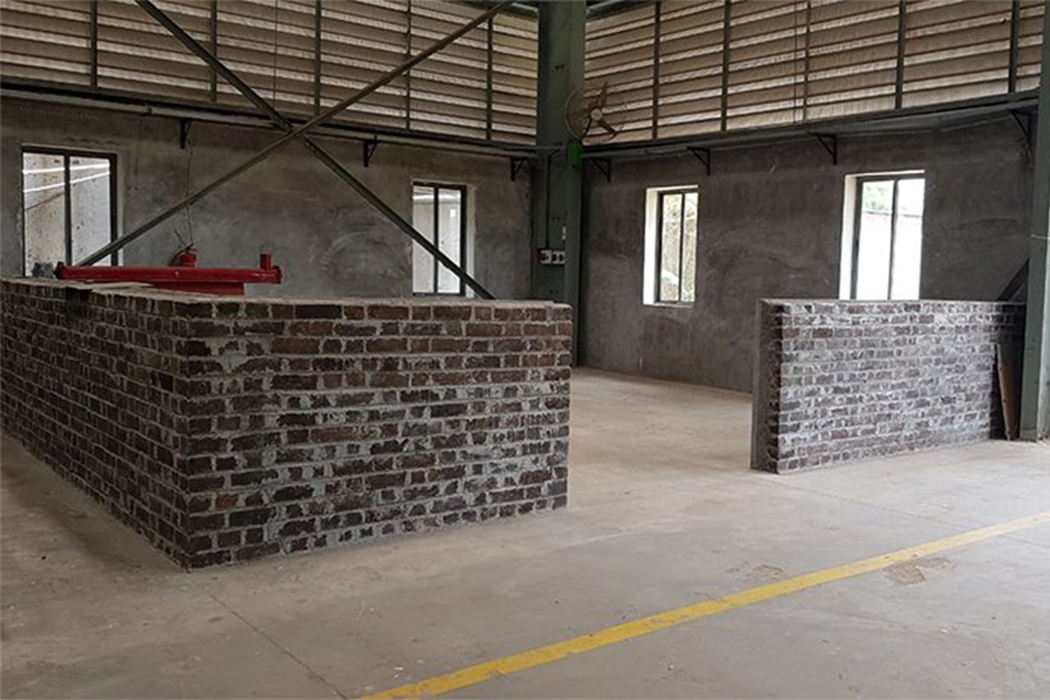 Quick Question: If you want to redesign an electric socket, what will you do? If you’re gonna suggest demure LED lights on the rim, a…

You Is So Dirty

Have you noticed how fast dirty, crud, and general filth accumulates around your desk? It’s a dirt magnet I tells ya. The Personal Cleaner concept…