The Addmotor Wildtan M-5600 isn’t your regular run-of-the-mill e-bike. For starters, just looking at the way it’s built should be a dead giveaway to the trained eye. For the novice, however, the Wildtan M-5600 is an electric hunter bike. How is it different from regular e-bikes? Well, I’m glad you asked!

Standard e-bikes and electric hunter bikes share quite a few similarities. They’re both bicycles that are operated using a combination of pedals and a motor, and factor in a battery to store energy… but an electric hunter bike is MUCH more than just that. The word Hunter in the name should give you a few clues. Designed to be a tactical tool rather than a basic vehicle, the Wildtan M-5600 is literally built for hunting. Its camouflage bodywork helps keep you hidden while you move around in the outdoors looking for game, while the tire treads work on almost all sorts of terrains, helping you move from A to B without making any unwanted noise… paired with an equally silent motor to match.

Electric hunter bikes are built to quietly carry you and all your hunting equipment through your hunt without making you noticeable… and the Wildtan M-5600 is no exception. The M-5600 features a broad, rugged 6061 ARC Aluminum Alloy frame that can easily carry you as well as your gear while covering any sort of terrain. Integrated into the frame is the hunter bike’s 17.5Ah Panasonic Battery (chargeable via USB), which easily delivers 60-70 miles on a full charge, while the battery itself powers a 1000W Bafang Mid-Drive Motor, located in the middle of the bike’s frame (as opposed to most rear-wheel motors). This unusual placement helps keep the Wildtan M-5600’s center of gravity between both its wheels while also providing great handling… even when you’re driving uphill.

The Addmotor Wildtan M-5600’s hunting-specific build sort of makes it the ultimate e-bike for any condition. It works on roads as remarkably as it does off-road, and on most inclines too. Built with a knob that lets you control dampening on your suspension, the Wildtan M-5600 gives you the ability to adjust your ride’s smoothness too, just by tightening or loosening your suspension based on the kind of road you’re on. Up to 120mm of travel on the front fork suspension means even the harshest or rockiest of terrains are relatively easy to ride on. A Shimano thumb gear-shifter lets you switch up to 9 gears, allowing you to take the bike to speeds of up to 20mph. Your speed, distance traveled, and battery-level is displayed on a neat, rugged LCD dashboard on the front, and while the bike’s meant essentially for stealth, it still does pack pretty strong headlights and taillights (useful especially after a late hunt that extends into sundown), and a bell that can be used both on the road as well as on off-road trails.

The fact that the Wildtan M-5600 is designed for the most demanding conditions makes it instantly versatile. Electric hunting bikes are built to be taken up hills, down log roads, and through wooded areas where regular city electric bikes would not be equipped to handle… so needless to say that it works pretty well in ALL sorts of situations, by virtue of its design… although a tiger is at its best when it’s out in the wild, if you know what I mean! Either which way, the Wildtan M-5600 is built to be a performance e-bike, that can get you from A to B with ease, without noise, and if you opt for that camo paint job, without being spotted too! 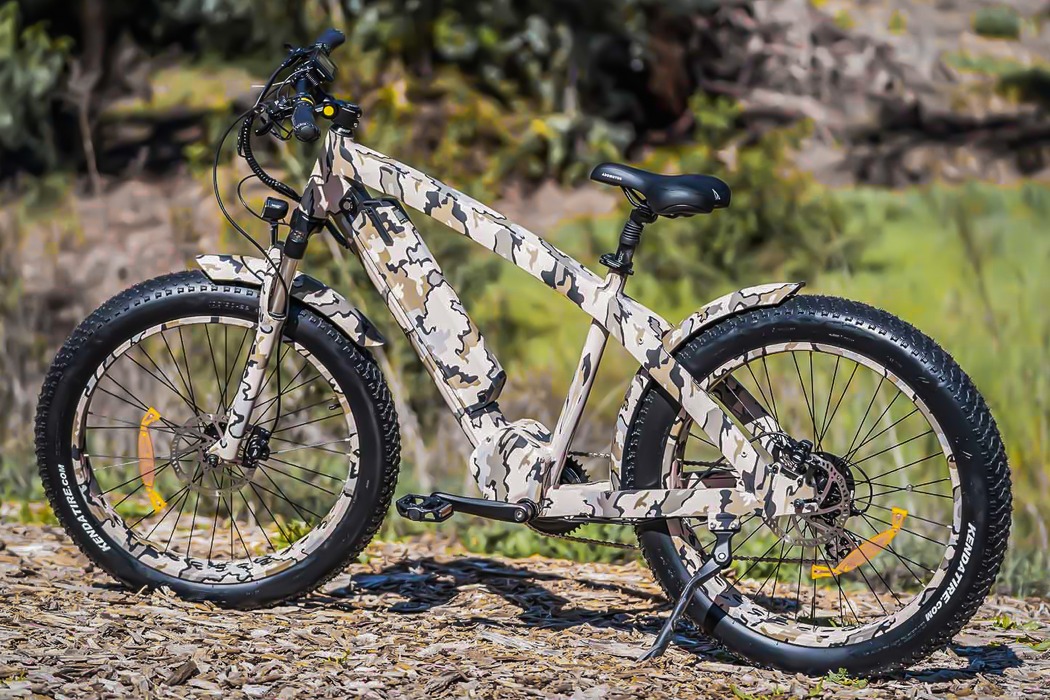 The M-5600 electric bike offers you more ease and fun in your hunting experience. 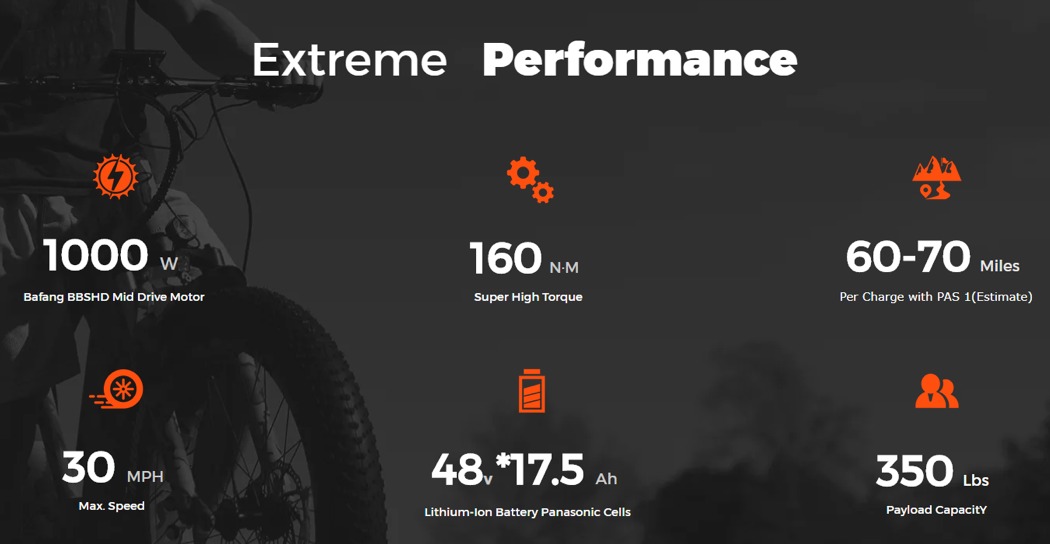 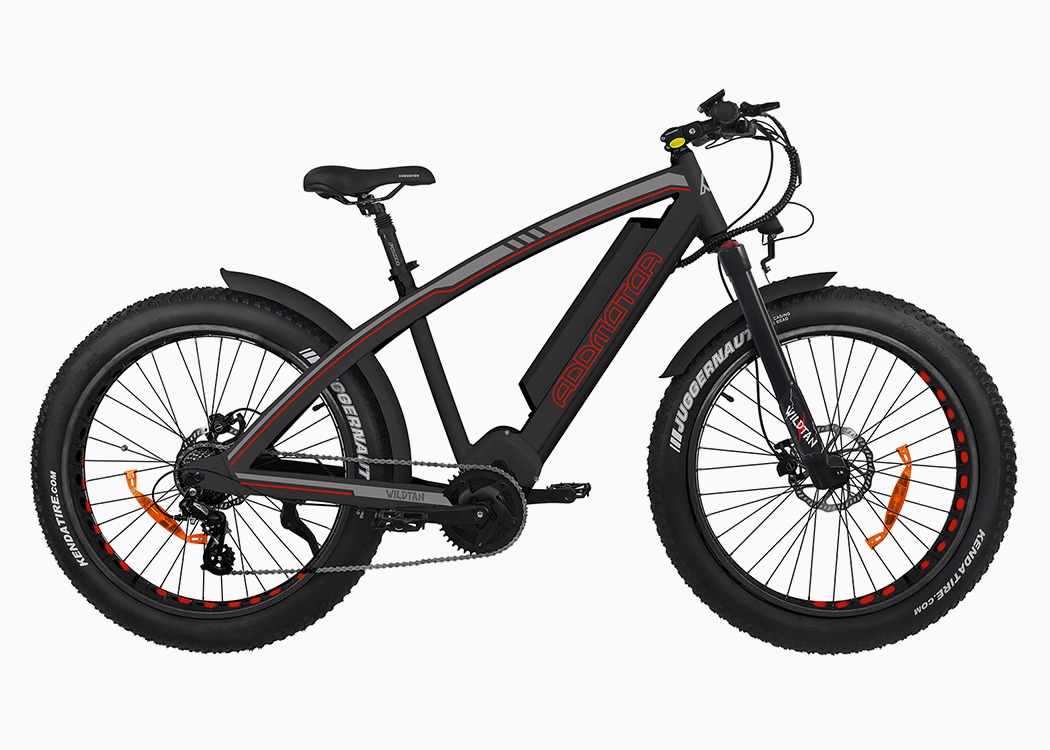 The stiff and durable curved frame is for both strength and stylish, meaning this bike is designed to ride and handle like a sportier than average electric bicycle. The protection box of the motor and controller are integrated with the rugged frame, connected the mainframe as a triangle, simple but strong.

Can Handle All Terrains 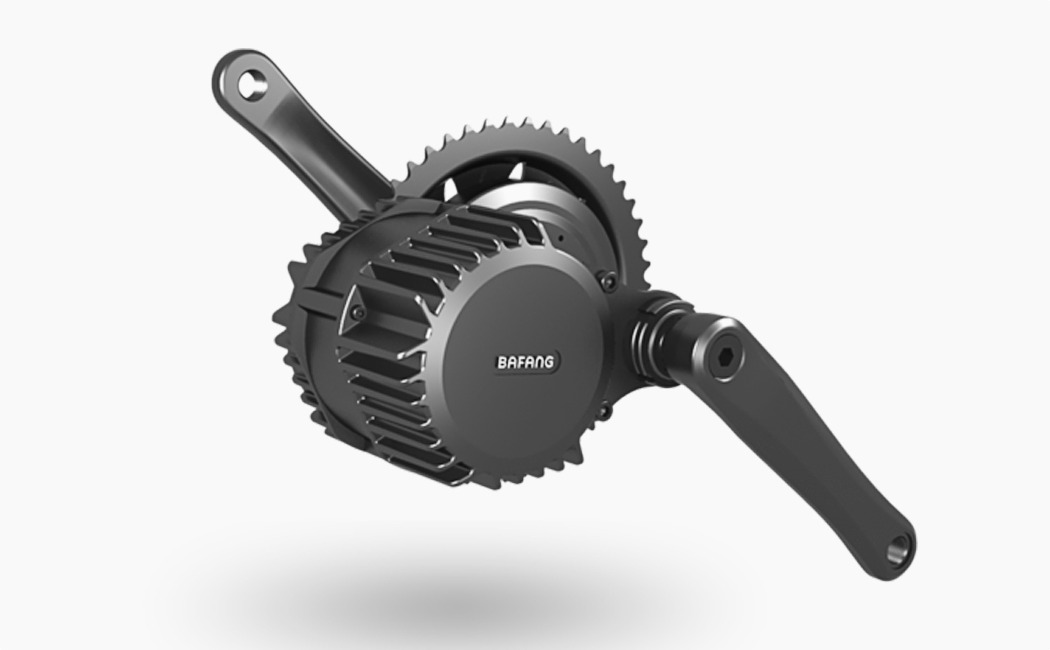 Rated power at 1000w, the mid-drive motor provides power constantly enough even in continuous steep hills. Located in the middle of the frame, closer to the bike’s center of gravity, the motor ensures improved handling and safer riding. The angle height position of the motor can well protect the motor from hitting obstacles on the road. Integrated rugged frame to protect the motor, can prevent spatter, dust and collisions. 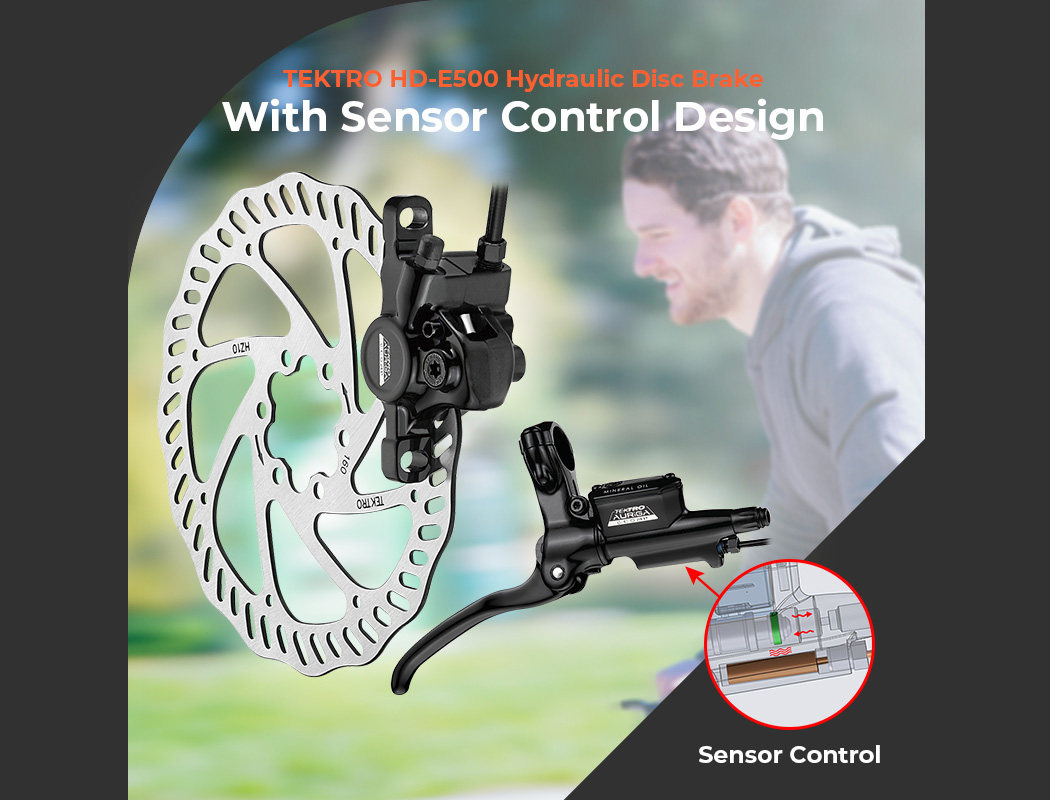 Hydraulic disc brakes have more stopping power than mechanical brakes. Less force is required to apply the lever and receive the same stopping power. You have better modulation of the pad against the rotor since the fluid is not compressible like cable wire. Hydraulics also have reach adjustment, which is very useful. 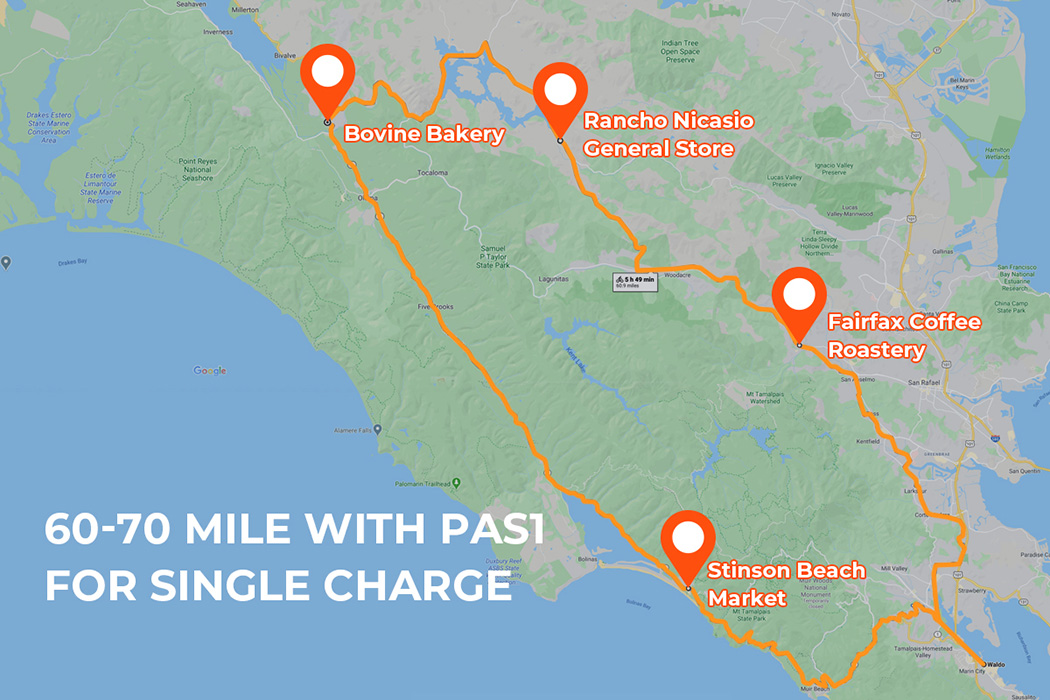 With a USB charging port, large capacity, you won’t need to worry about running out of Addmotor while in a 60 miles with PAS 1 long-distance adventure. 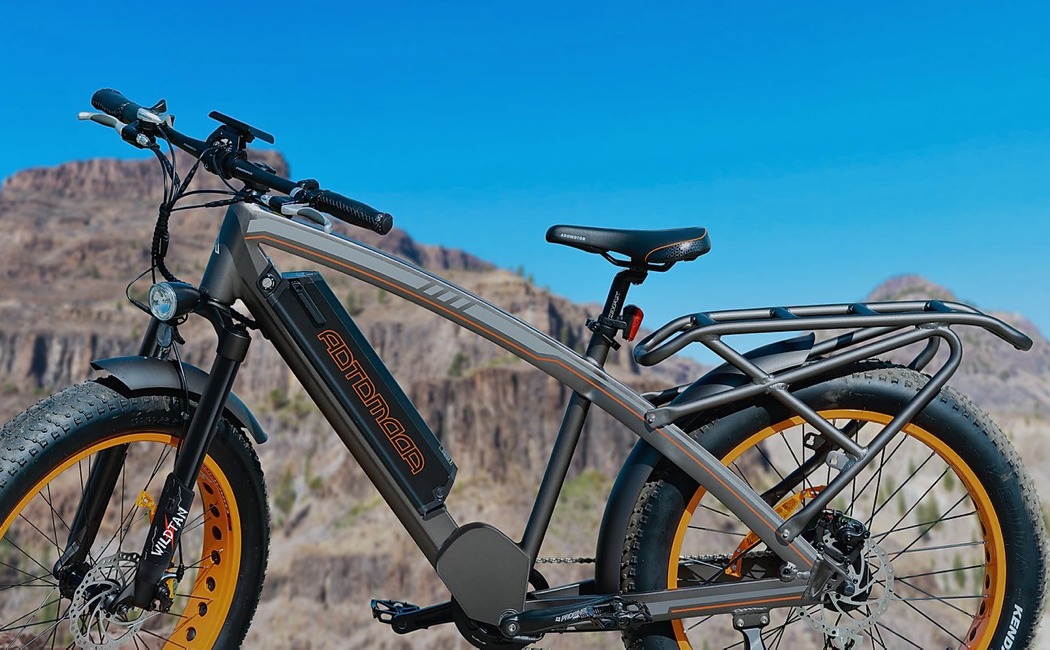 Food processors are traditionally bulky and something that we hide away in a cabinet most of the time. This concept reimagines it as a smart,…

vivo iQOO 11 Review: An excellent flagship that will go unnoticed

The year is almost over, but smartphone manufacturers aren’t exactly done yet. Coming up at the last minute is vivo’s performance sub-brand iQOO, presenting to…

If Santa Claus owned a portable espresso machine, this would be it…

Back in a winter-themed seasonal avatar, the Nanopresso from Wacaco is perhaps one of the smallest, most portable espresso machines in the world. It compresses…

We have a limitless resource in the form of energy on the planet and in the universe. Keeping it within the realms of planet earth,…