Don’t be fooled by its relatively plain, power-bank-like appearance. Sitting within the LUMI ELFI’s rectangular frame is some of the most capable consumer-grade gimbal technology you can get your hands on. Designed as a tech-enabled selfie stick, the LUMI ELFI does MUCH more than just let you remotely click pictures… it comes with the ability to pan horizontally and vertically, switch between front and rear cameras, capture panoramas and timelapses, and automatically face-track subjects, following them as they move. In short, apart from simply allowing you to hold the phone further away from yourself, the LUMI ELFI upgrades your camera skills, allowing you to get better angles and capture more professional looking shots… and when all’s said and done, the LUMI ELFI folds up and fits right into your pocket.

Designed for the consumer-driven media age, the LUMI ELFI packs professional-grade gear into a portable, accessible device. With a telescopic arm that holds your camera, LUMI ELFI gives you the advantage of a selfie-stick, allowing you to capture media from a host of angles, while a series of buttons on the LUMI ELFI’s grip allow you to tap into its wide array of features. Designed to work with the LUMI camera app, the prosumer selfie gimbal comes with a control panel that turns you from a photographer into a director. The control panel allows you to steadily pan in any direction, allowing you to capture landscapes as video, or a panorama. Zoom buttons let you close in on a subject or move out to capture your subject and its background, while a ‘Switch Camera’ button turns lets you quickly and intuitively toggle between cameras and subjects. Combining all this with the LUMI camera app’s AI chops, the LUMI ELFI even lets you perform more complex tasks like facial tracking, allowing the selfie stick to autonomously and automatically detect your subject and follow it around so you don’t have to… in fact, you don’t even have to hold the LUMI ELFI if you don’t want to. Its wide rectangular design makes it stable enough to stand on its own, giving you the ability to place it on any flat surface and have it film you and/or your surroundings on its own. If you want to do a little better than that, the LUMI ELFI has a tripod mount on its base, so you can fix it along with your phone on a secure tripod, a feature that’s especially handy on windy days or on inclined surfaces.

Calling the LUMI ELFI a selfie stick feels a bit like a disservice, but it’s difficult to think of a word for a product that’s sort of a first in its category. It’s much more than a selfie stick, and easily more portable, affordable, and consumer-friendly than a gimbal. At just an inch thick, the LUMI ELFI can fit into most pockets or any camera/laptop bag. It comes with over 8 hours of battery life (more than 24 hours if you’re using the timelapse mode), and charges in under 2 hours via MicroUSB. With its handy format, telescopic arm, and rugged silicone grips that hold your phone securely, the LUMI ELFI is every bit as portable and handy as any selfie stick… but has the ability to completely transform your videos into something that looks like it was shot with professional gear! 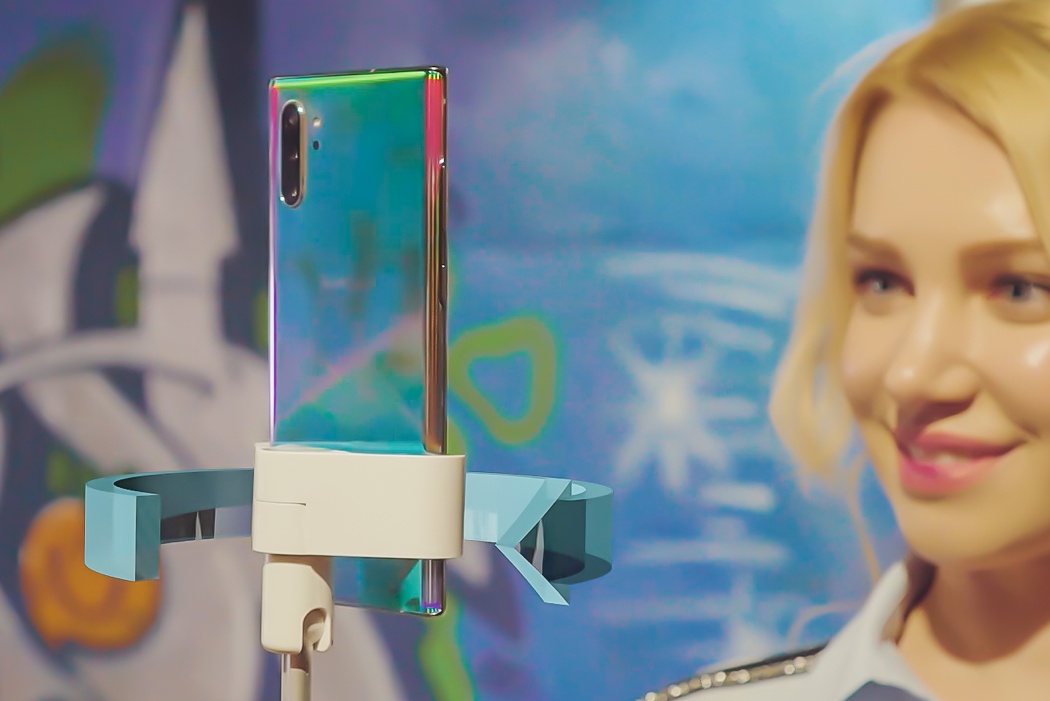 LUMI ELFI is the next-gen selfie grip that combines the convenience of a smartphone camera with the versatility of a DSLR. Features include Auto Face Tracking, Auto Panorama, Auto Motion TimeLapse and more. 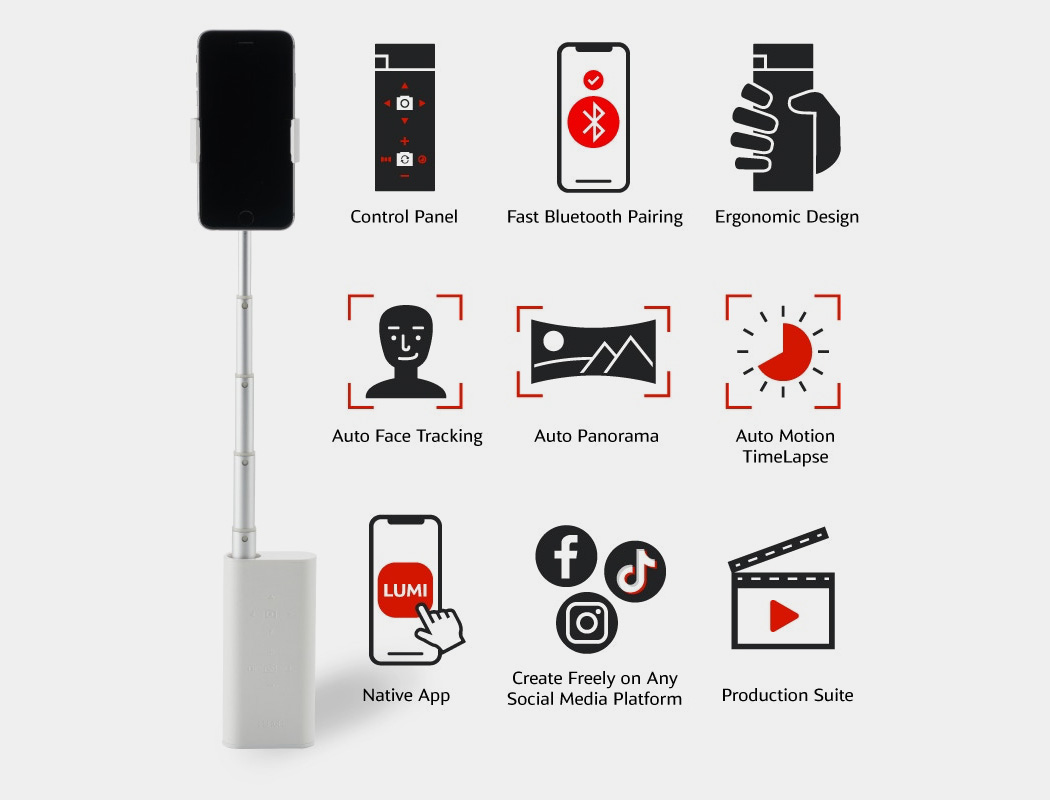 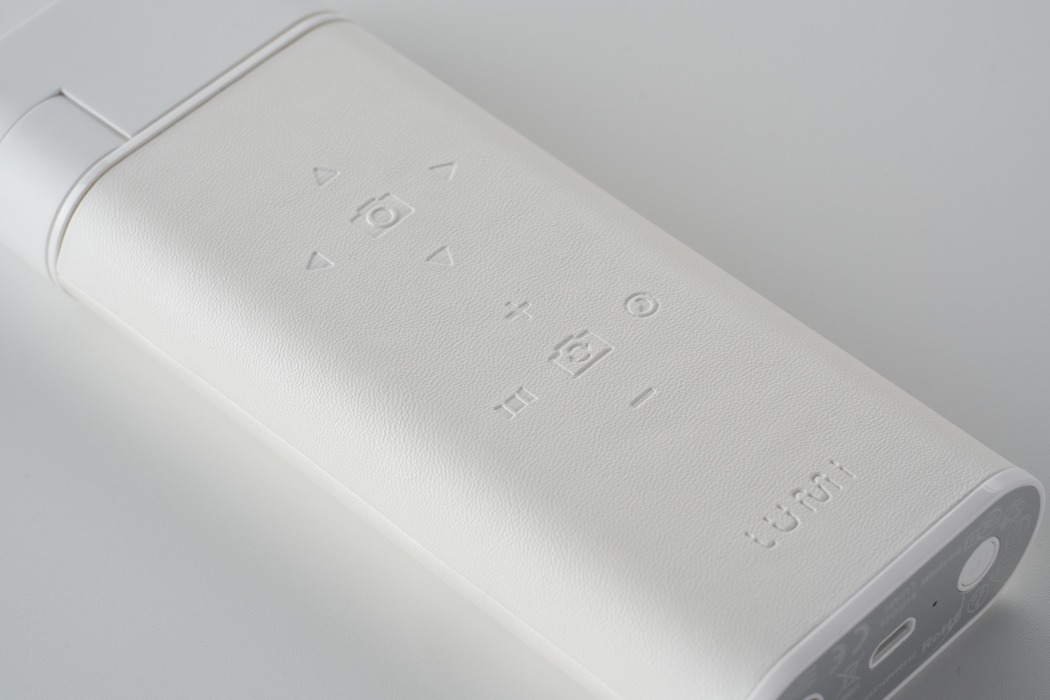 The Auto Face Tracking feature detects your face and motion so that the camera smoothly follows you when you move out of frame. Instead of limiting your range of motion to fit in the small mobile screen, LUMI ELFI gives you the freedom to capture movement with no interruptions to your natural flow.

This feature comes especially in handy when you want to film or shoot vertically. Vertical videos have become the new standard on major social media platforms like Instagram and TikTok.

Whether you want to live-stream a cool recipe in the kitchen, make a travel vlog, or finally film that new TikTok dance you’ve been practicing, this feature provides unparalleled convenience for any independent creative.

Panoramas become much easier to shoot with LUMI ELFI.

Its built-in tilt meter guides you to find the optimal angle to take a seamless 360° of your surrounding. When the meter reads green, all you do is press the Panorama icon button and let LUMI work its magic. No weird stretches, glitches, merges and curves – just a clean, crisp shot of the view around you.

Thanks to LUMI ELFI’s premium panoramic technology, you can even experiment with cloning illusions! The difference in quality truly shows when you try to get creative.

The Auto Motion Timelapse feature gives you the ultimate satisfaction in capturing the best sunset, cityscape, or any other breathtaking view. It offers various speed options (4x, 8x, 12x, 20x, 40x), giving you more control to create your desired shot, and enough power to film up to an hour’s worth of footage. 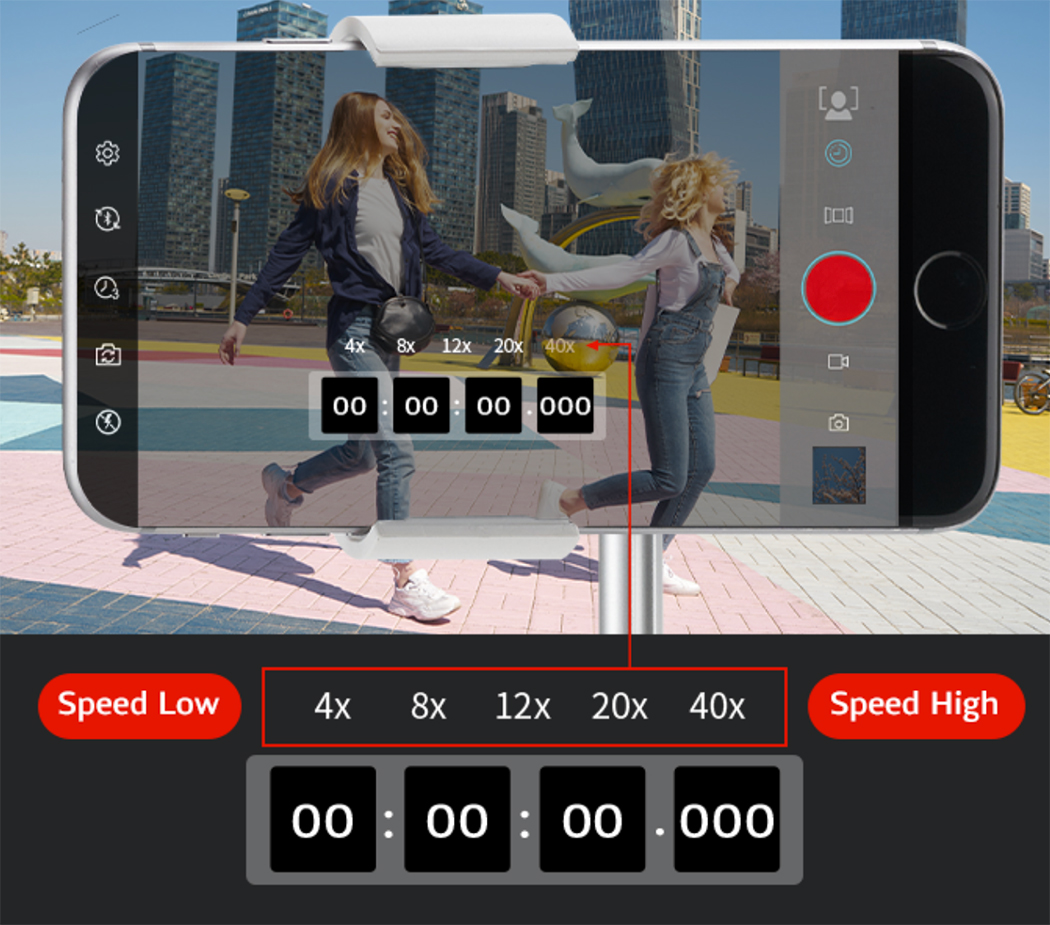 LUMI ELFI’s structured build also allows you to use it as a sturdy mount. Place it on a flat, even surface and you’ll find your shot looking like you used a DSLR and a tripod.

Control All Features in One Grip

LUMI ELFI’s built-in control panel allows you to adjust the camera angle and zoom functions, the option to capture a picture or video, and whether to shoot from your front or back camera – all conveniently in one hand.

Unlike most regular selfie sticks that make you retract your arm to fix the camera and then extend back to capture, LUMI ELFI lets you adjust everything with intuitively-placed buttons. 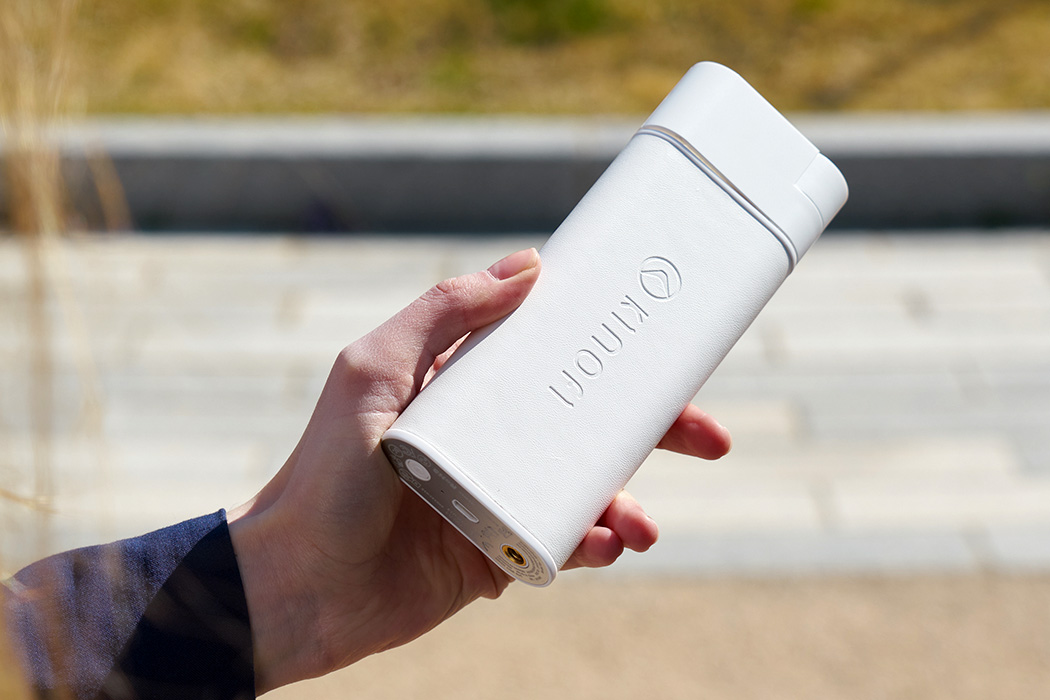 Not too big, not too small – just the right, substantial size. The control panel’s buttons are then all located within a single thumb’s reach, giving you comfortable access to all of LUMI ELFI’s features.

LUMI ELFI’s silicone-covered clips put your anxiety to rest. They keep your camera securely locked and rolling even in the most energetic photographer’s hands. 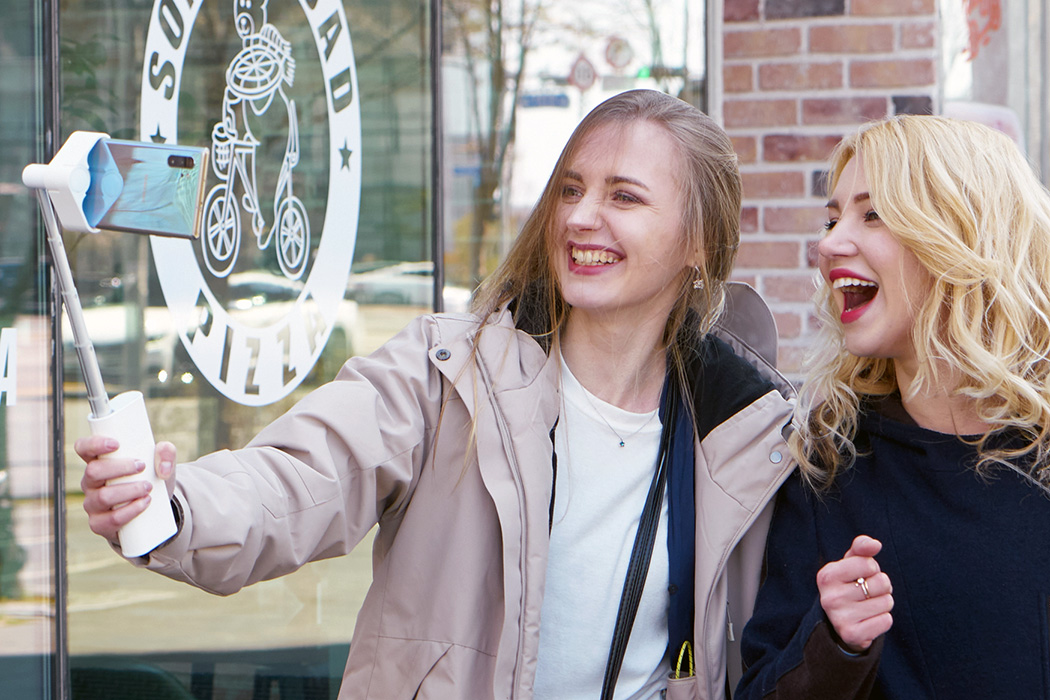 LUMI ELFI can extend up to 14 in. (360mm), but it is also compact and light enough to keep in your back pocket, fanny pack, or backpack when contracted. 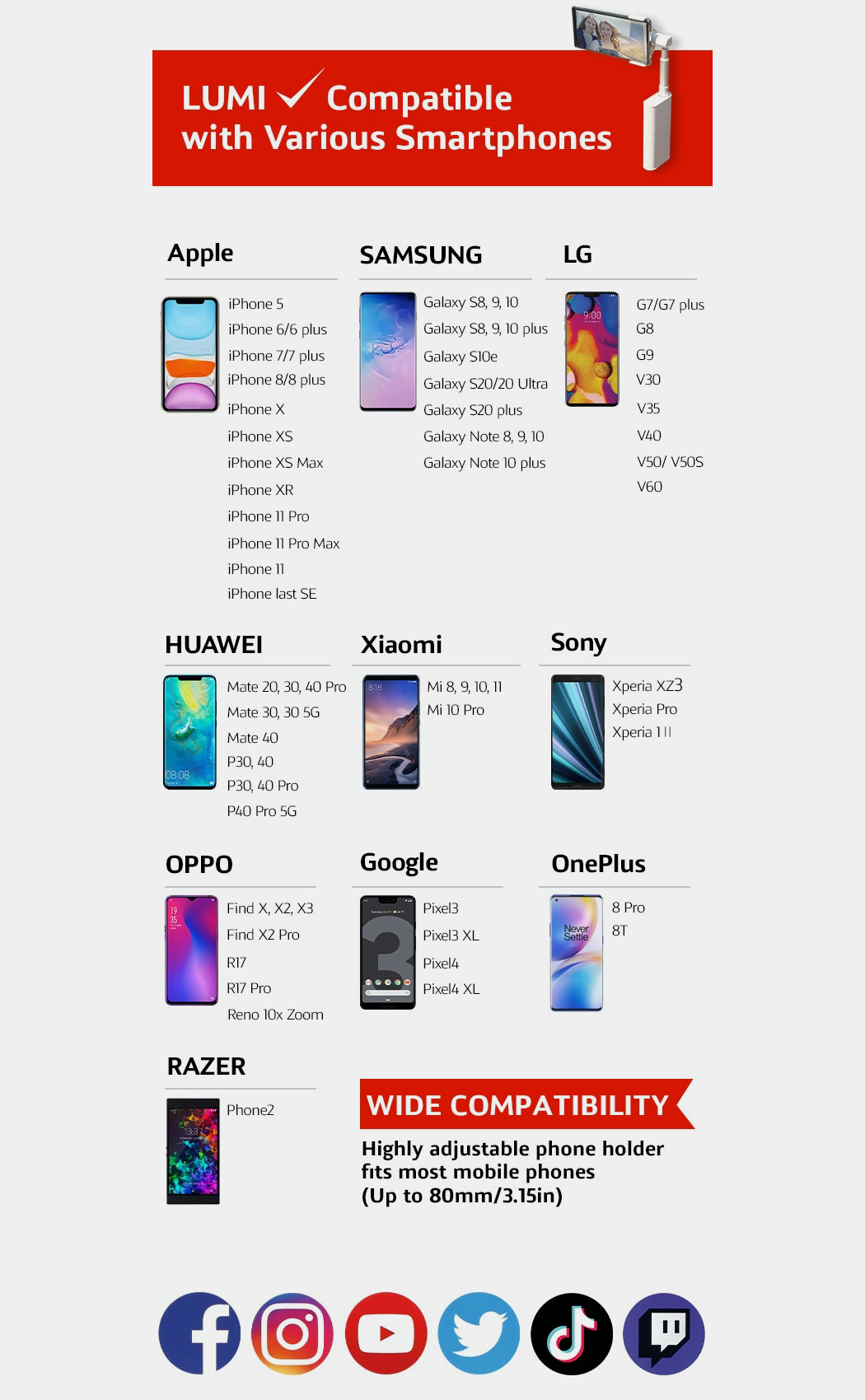 Simply download the LUMI ELFI app, available for both iOS and Android, and pair LUMI via Bluetooth to have all features and more available in seconds. A quick tap into the app gives you access to several shooting modes as well as an editing suite that lets you fine-tune your content to your taste.

Plus, instant wireless connection means you can do all that without draining any battery from your actual phone. LUMI ELFI lets you save your battery life for what’s actually important. 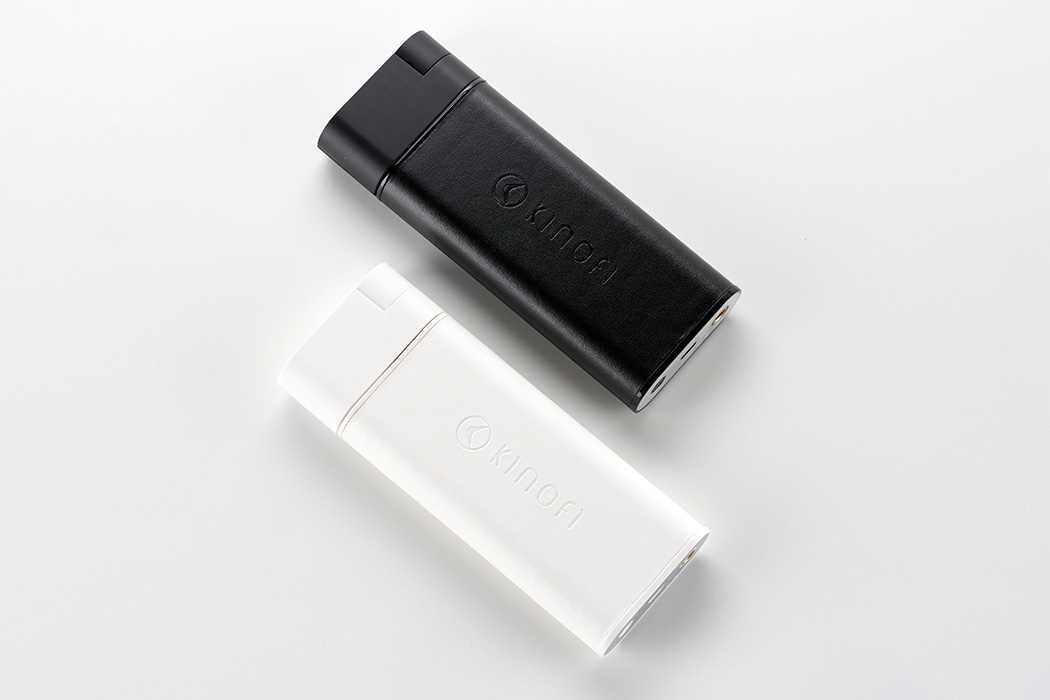 LEGO creations by master builders that showcase why LEGO is not just a children’s toy: Part 6

LEGO building is no more child’s play! Today, master builders and artists build impressive and intricate LEGO creations that will leave you stunned. They are…

Designed deliberately to be uninviting, the Unidentified Object Chair by Prime supposedly redefines what our perspective on furniture should be. While the bottom half is…

Mercedes Getting All Domestic On us

The likelihood of Mercedes-Benz pursuing the home appliance industry is very low… but that doesn’t mean we can’t ask “What if?!”. PDF HAUS explores what…

An Air Ship for Androids

Ever heard of NOD32? You might not recognize the name, but you’ll surely recognize the Antivirus brand’s robot mascot! Inspired by this cyber-human being, designer…