The fact that Netflix absolutely dominated the Golden Globes should be proof enough that the future of movies and entertainment is in-home. With more shows that you can humanely watch, online streaming services are rapidly becoming the new cineplexes and a good VR headset is the equivalent of a private screening, but good VR headsets are as expensive as Smart TVs, and more often than not, aren’t high-definition.

The fundamental reason why VR headsets are expensive is because they’re literally head-worn computers designed not for entertainment, but for productivity. It’s the equivalent of having to buy an expensive enterprise laptop just to watch Netflix. What the GOOVIS Young changes about VR is that it embraces the technology for entertainment purposes, and does it in the best way possible… not by being a face-mounted computer, but rather a face-mounted display that’s compatible with practically any of your devices. With a 1080p display on the inside that’s designed to feel like a theater with an 800-inch screen, the GOOVIS Young is a universal VR display you can connect to your phone, laptop, tablet, set-top box, or even your console, allowing it to act as a dedicated display for everything between working, gaming, watching movies, browsing the internet, or even doing the odd stuff like tapping into your drone’s camera for incredible HD POV-ing.

By cutting the clutter and not having its own CPU, motherboard, graphics card, and memory, and by purely being a high-definition display, the GOOVIS Young reduces its design footprint and comes in a slick form factor that folds up to be thin enough to slip into your backpack. No larger than a pair of headphones, the GOOVIS Young is the kind of headset you can carry around with you to work, on an airplane, or even use at home. With two high definition displays for each eye, the GOOVIS Young feels like being in front of your own dedicated OLED TV, except that it’s nearly $2000 cheaper. Given its compact size, the GOOVIS Young also comes with focus-adjustability, allowing you to wear it without spectacles, and a built-in proximity sensor that turns the display off when you fold the GOOVIS Young upward, or temporarily take it off.

And yes… the GOOVIS Young also addresses the elephant in the room, that is the current global predicament we’re in. I definitely believe this home-ridden situation we’re in is a temporary one, but it’s had some undeniable effects on the entertainment industry, causing a rapid pivot to home-streaming services. By being an independent, universal display for any device, even literally your set-top box, the GOOVIS Young promises a high-definition private-screening experience that’s portable, highly-compatible, comfortable, and most importantly, affordable. Take that, Oculus and HTC. 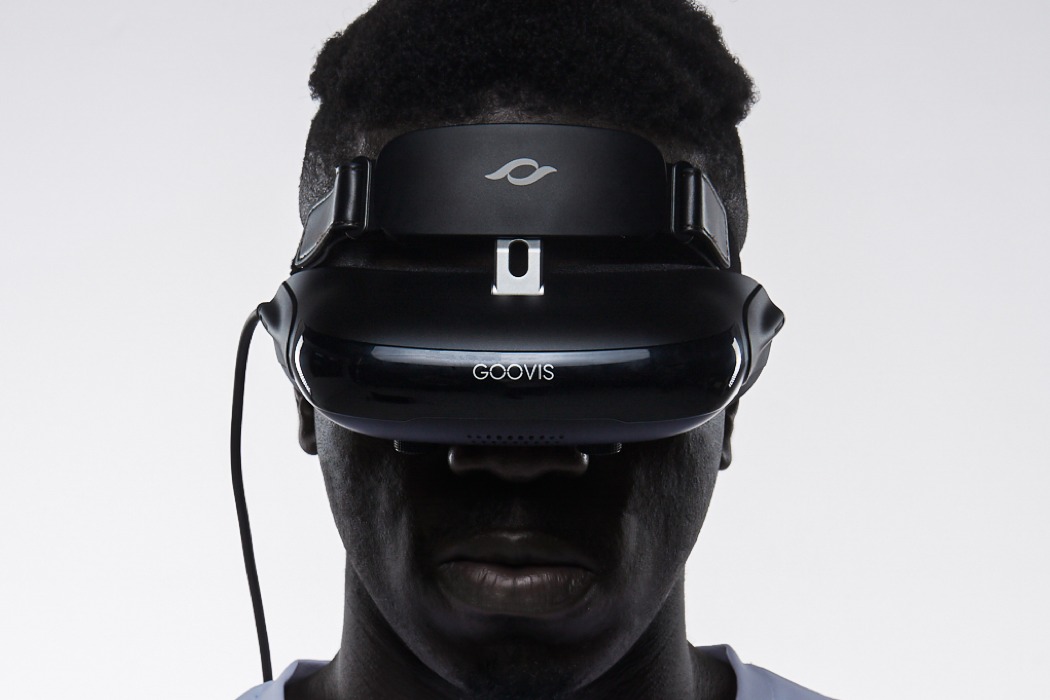 Be anywhere and plug-in to your phone, computer, console, or more to live immersed in big-screen quality entertainment with a head-mounted display no bigger than a pair of ski goggles. 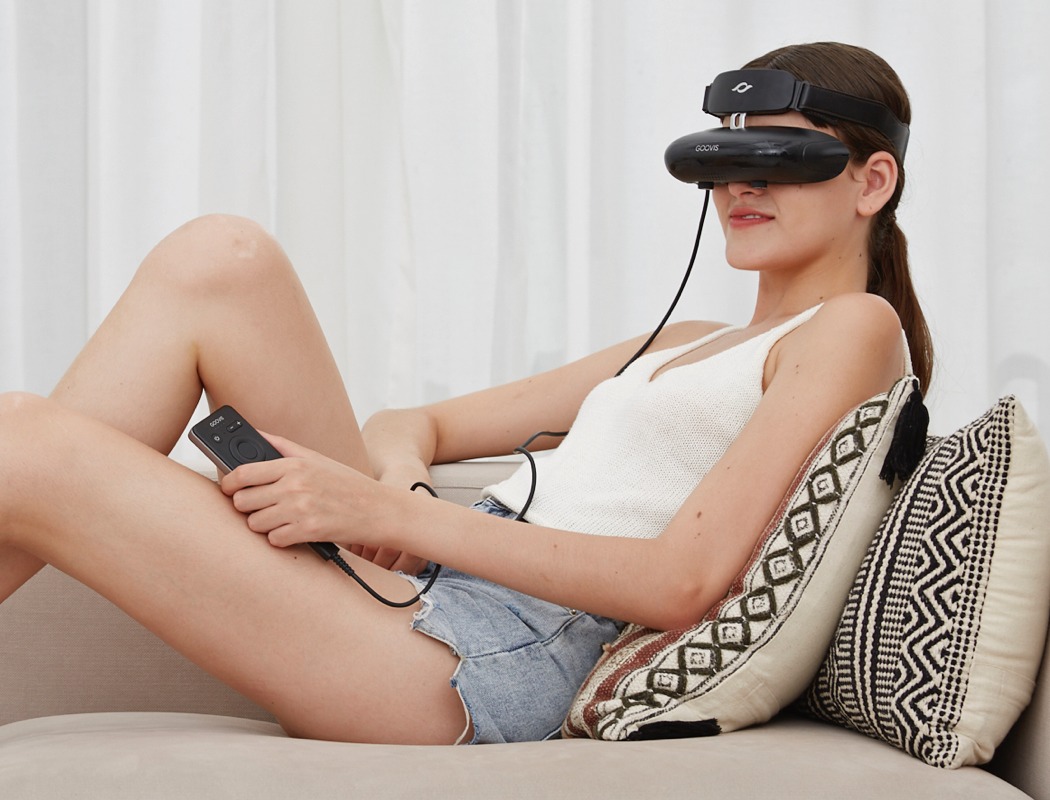 It’s the most comfortable HMD yet, with brilliant color and twin 1920×1080 M-OLED displays for an astonishing 800″ virtual screen experience viewed from 66′ away. 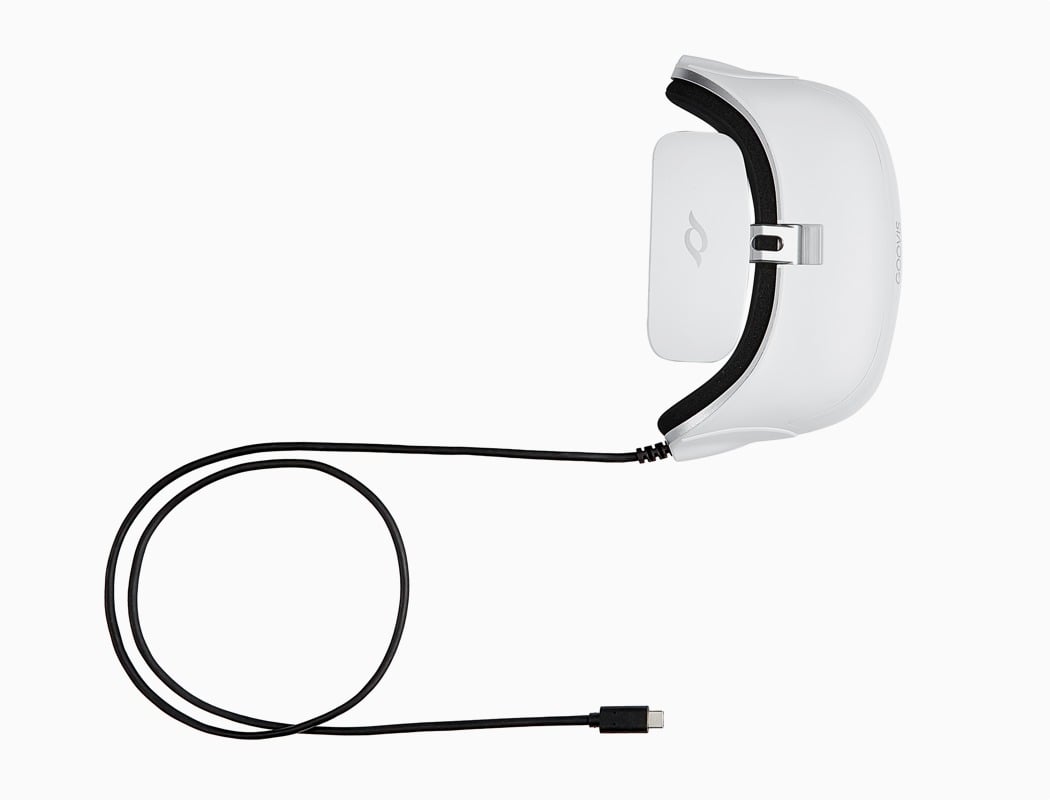 Universal connectivity with USB-C. Plug-in your device and unlock your favorite TV shows, movies, sports, music, games and more. No app, or charging required. Use their video adapter to connect to HDMI. 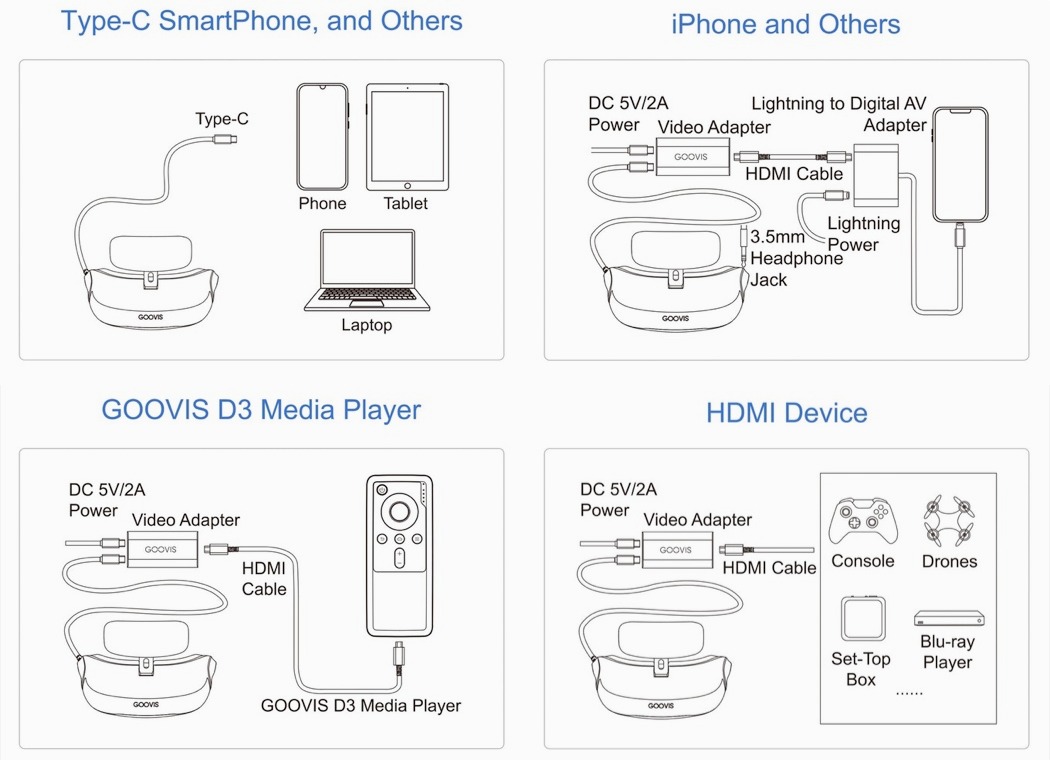 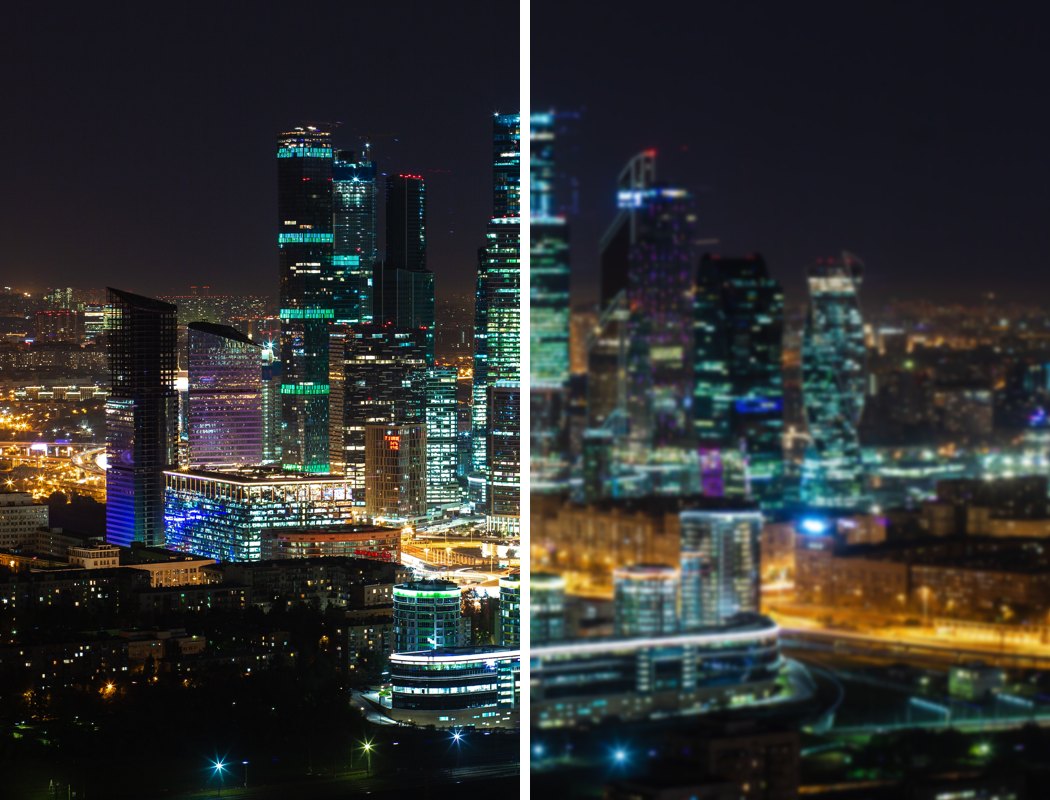 PPD is the key for sharpness. GOOVIS is four times more sharpness than other VR. 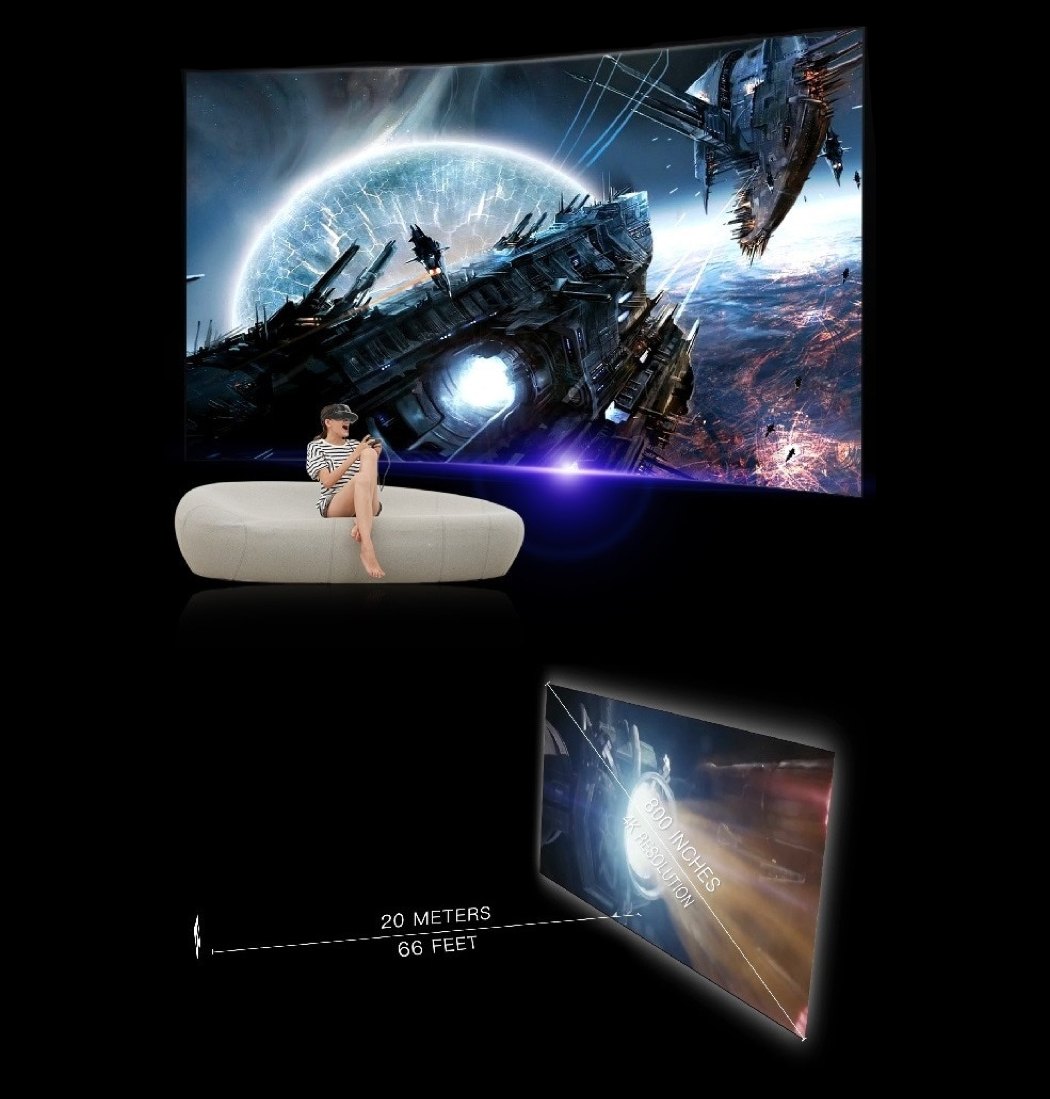 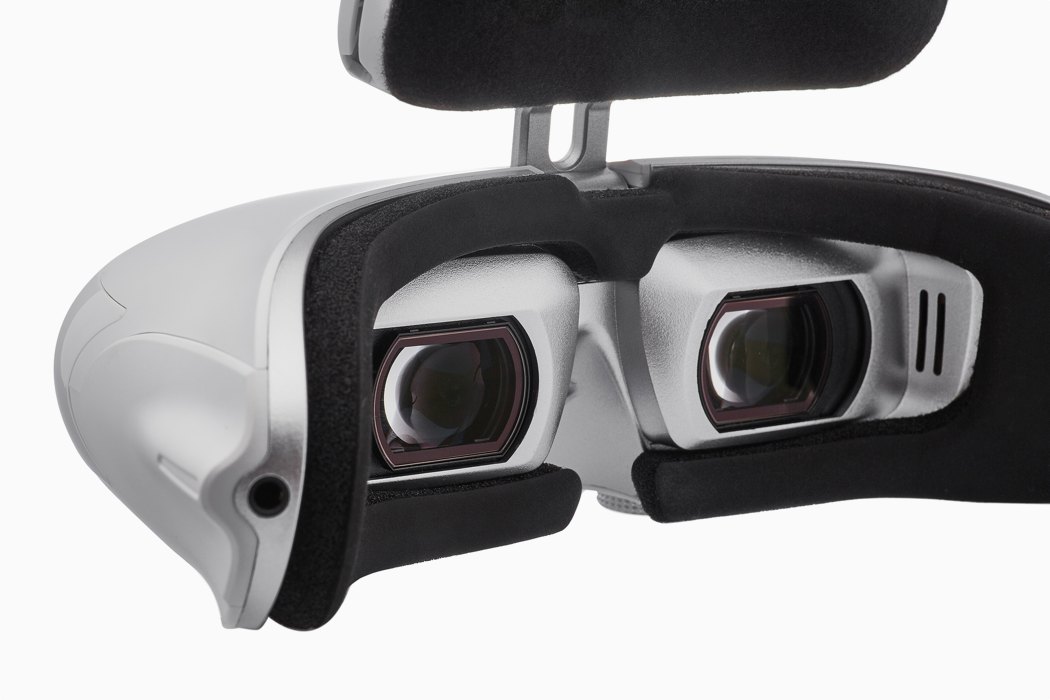 A Sony OLED TV for each eye. 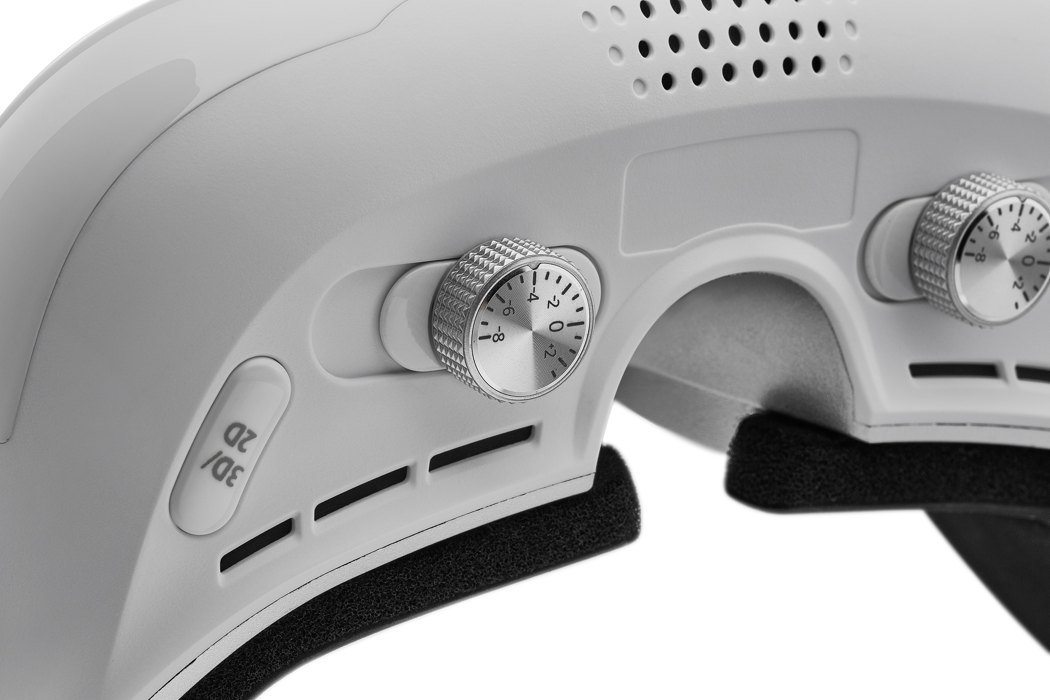 Precisely adjust the display to your eyesight with diopter and interpupillary distance adjustments.

Whilst a multi-socket is often required near our desks in order to provide power to the array of electrical products that surround us, they unfortunately…

Think about what the term “futuristic” meant to people in the 19th century. The Daphne collection further modernizes that alternative future by bringing together old-world…

Chemistry Lab Equipments On The Table

A look at these bottles and you go…OMG am I in the chemistry lab again? No you’re not, but you may as well re-visit the…

Interactiv’ Boxing And No Misspelling Here

I tried boxing once and sucked at it. Yes friends, I hit about as hard as bird poop on a car window. It’s pathetic so…