You’d be wrong in thinking that only spheres are capable of rolling. Yes, spheres or circles are the most common fixed-width solids, and you’ve seen them as wheels, ball-bearings, axles, footballs, but here’s where geometry gets really interesting. There are other shapes that are capable of rolling as freely as spheres do. They’re called fixed-width or constant-width solids, and are extremely fun to look at because they roll around as freely as a sphere does. In fact, if you decide to slice right into them through the middle, no matter what angle you’d slice them at, your knife would travel the exact same distance every single time!

Constant-width solids aren’t as rare as you’d think. If you’ve ever seen a gif of a rotary combustion engine, or if you’ve seen those really cool drill bits that make square-shaped holes, you’ve seen constant-width geometry in some form. Zac Eichelberger, a mechanical engineer and design enthusiast demonstrated FOUR of them at work in tandem. The Reuleaux Polygons set comes with four incredibly intriguing solids of the same width, machined out of solid copper. These polished solids comprise a sphere, a Reuleaux Triangle, a Reuleaux Pentagon, and a Reuleaux Heptagon. Precision-made to be the exact same width, these tabletop toys are baffling and at the same time enjoyable, as you roll them around your desk while marveling the absurdity and awesomeness of geometry the same way Leonardo Da Vinci did when he discovered constant-width solids in the 1500s, or Franz Reuleaux when he began exploring them and their applications in the 1800s.

The Reuleaux Polygons Collection makes a great tabletop accessory for anyone who loves math, geometry, design, and engineering. The four polished solids make for a great anxiety-busting toy, even more so when you place a plane on top of them to see how they roll perfectly without any change in their width! Yeah, science! 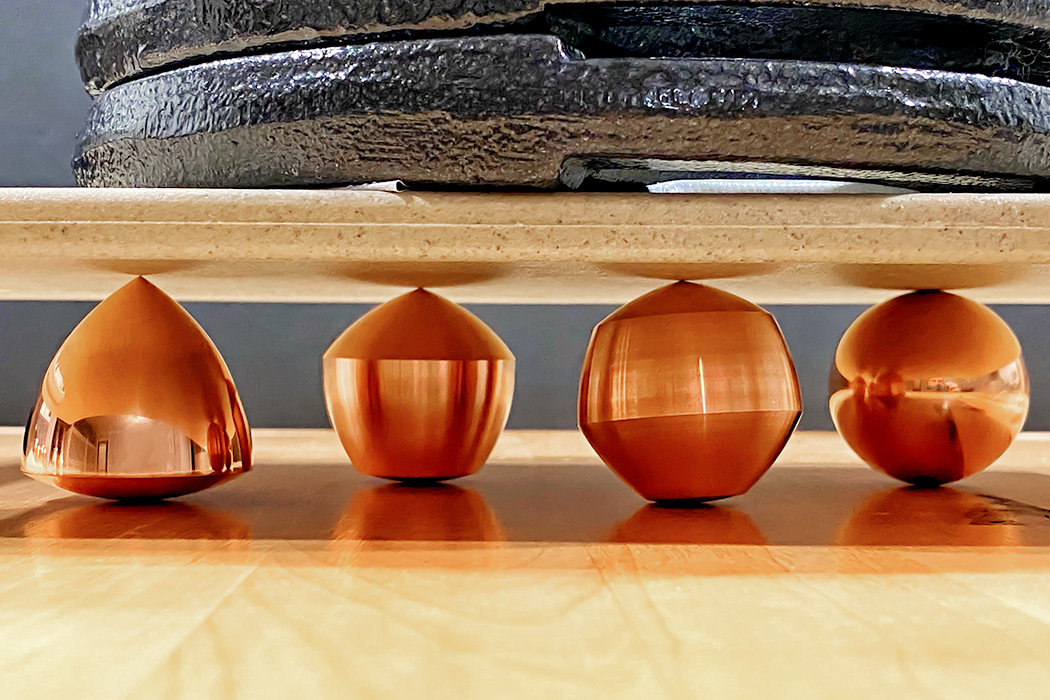 What are Reuleaux Polygons and Solids of Constant Width? 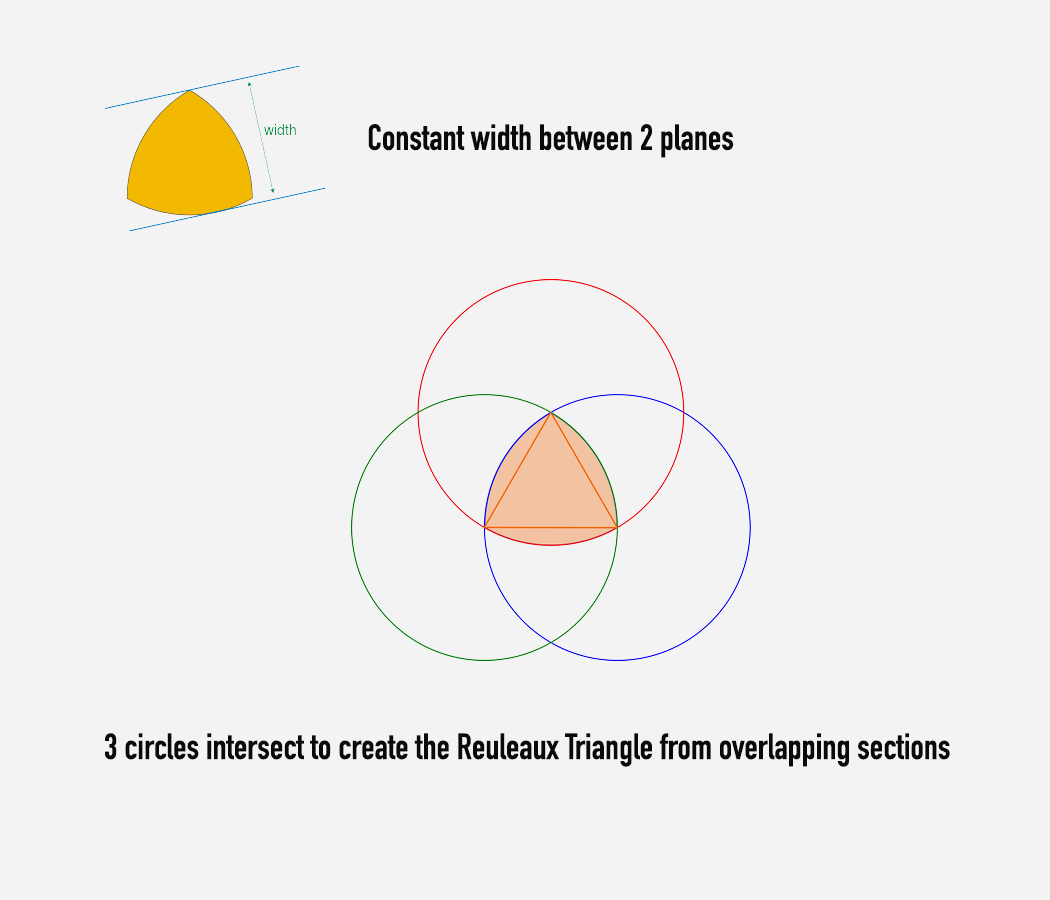 They are unique geometric shapes that have constant width when measuring from the 2 tangent planes on each side of the shapes surface.

Here is a Reuleaux Triangle rolling between two parallel planes.

How This is Possible?

The center of mass moves as the Reuleaux Triangle rotates.

So the center of mass moves as it rolls unlike a circle that has a static center of mass relative to the top and bottom parallel planes, but how are the arcs formed?

An equilateral triangle inside of the Reuleaux Triangle provides the starting point for creating the perfect arcs to form a Solid of Constant Width.

There Are a Total of 4 Reuleaux Polygons in this Collection 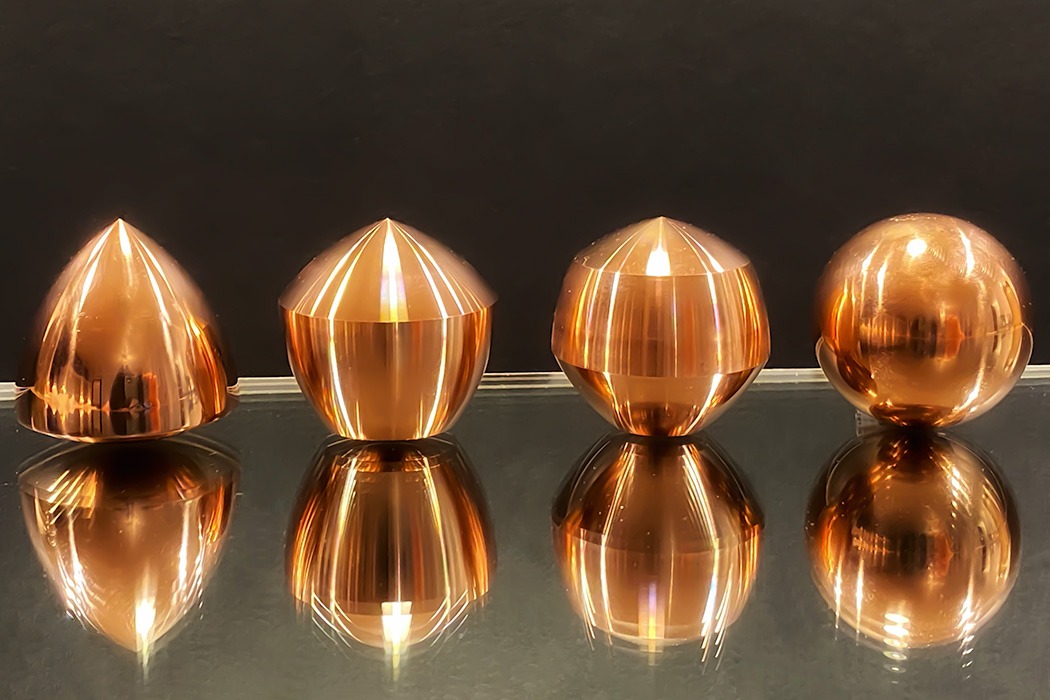 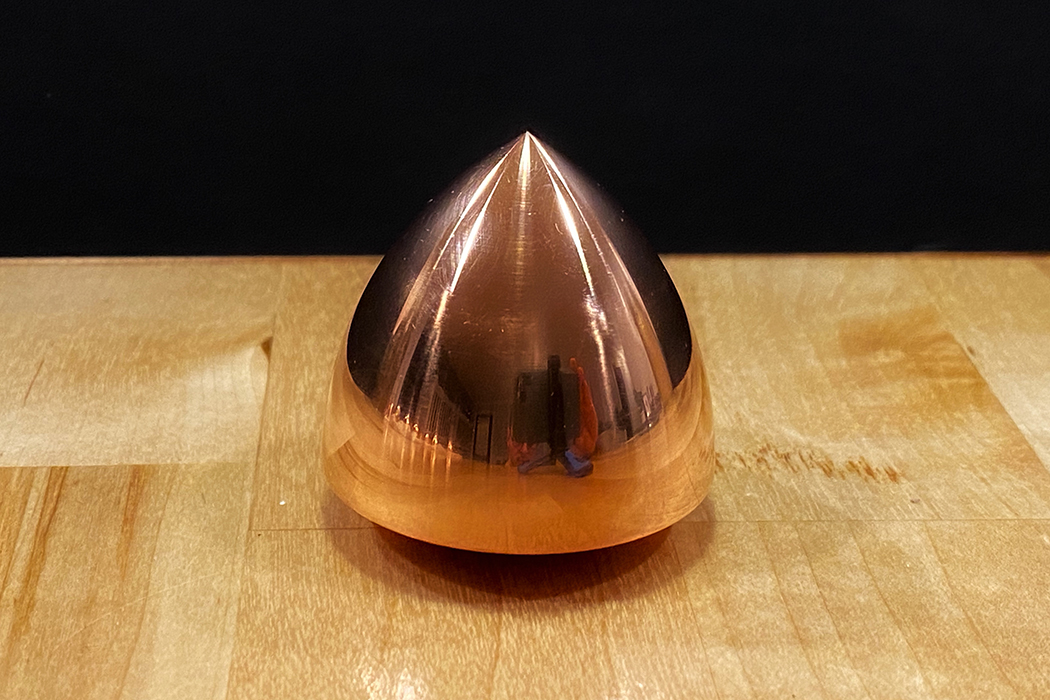 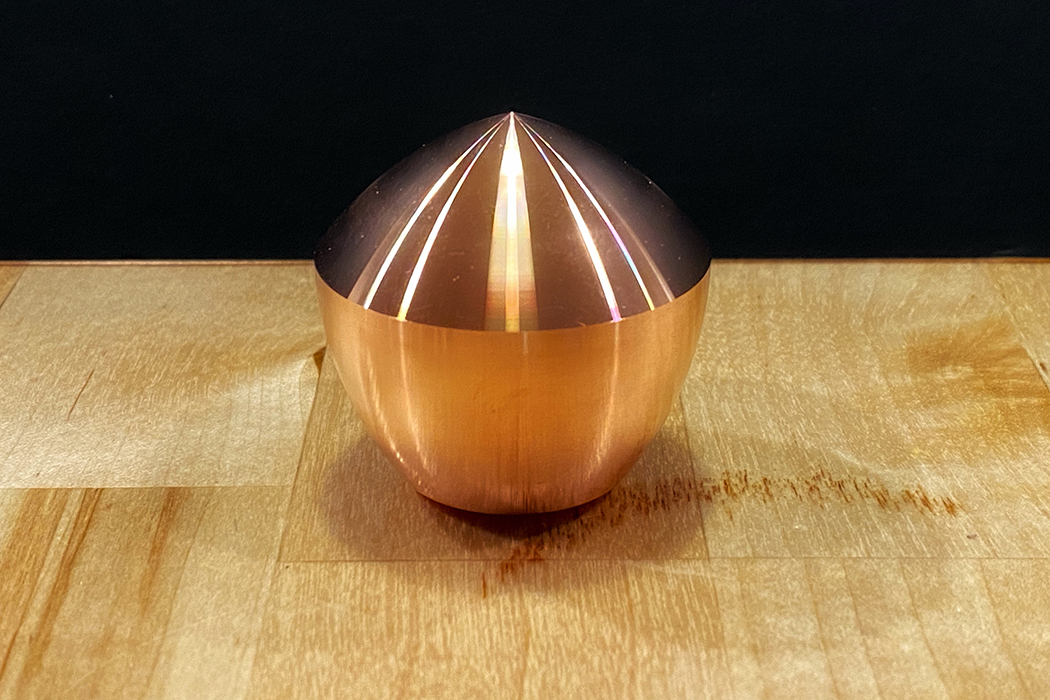 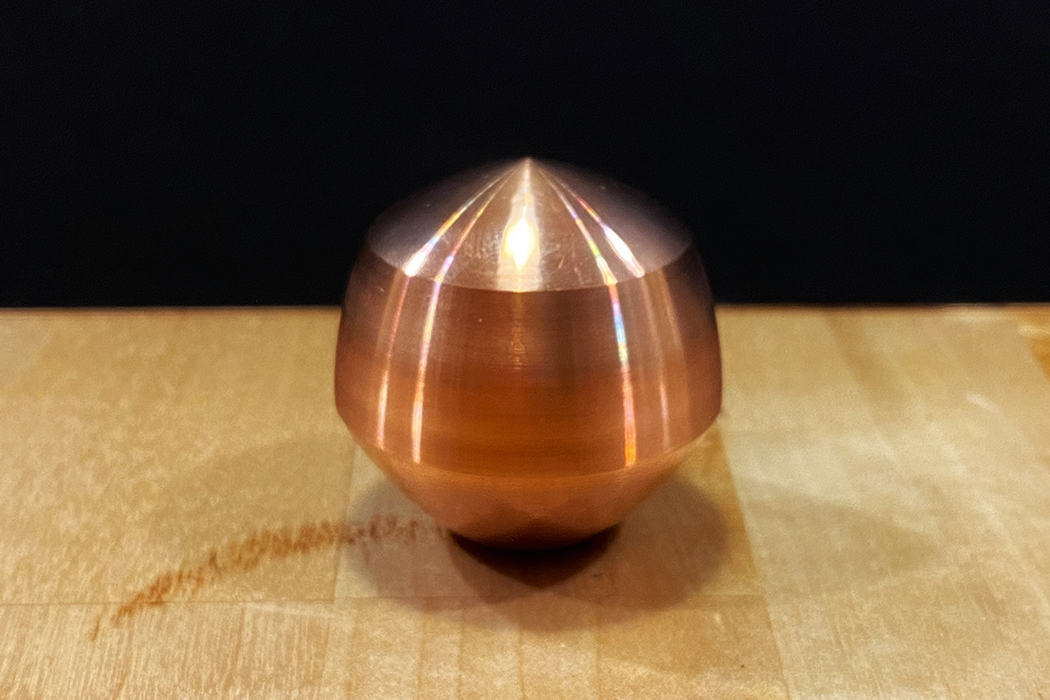 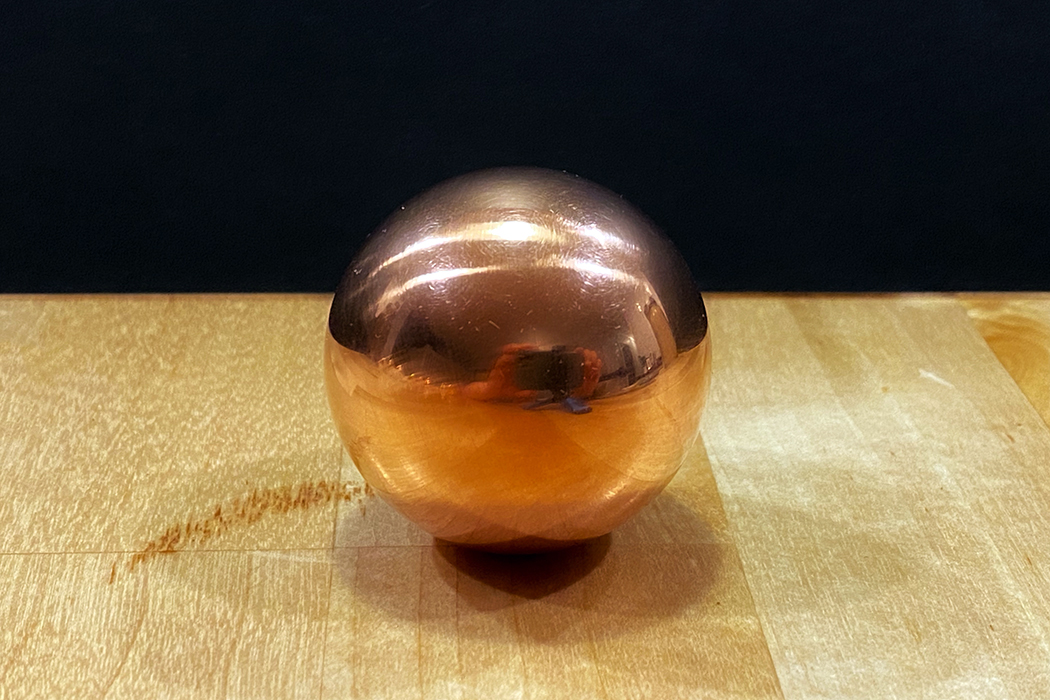 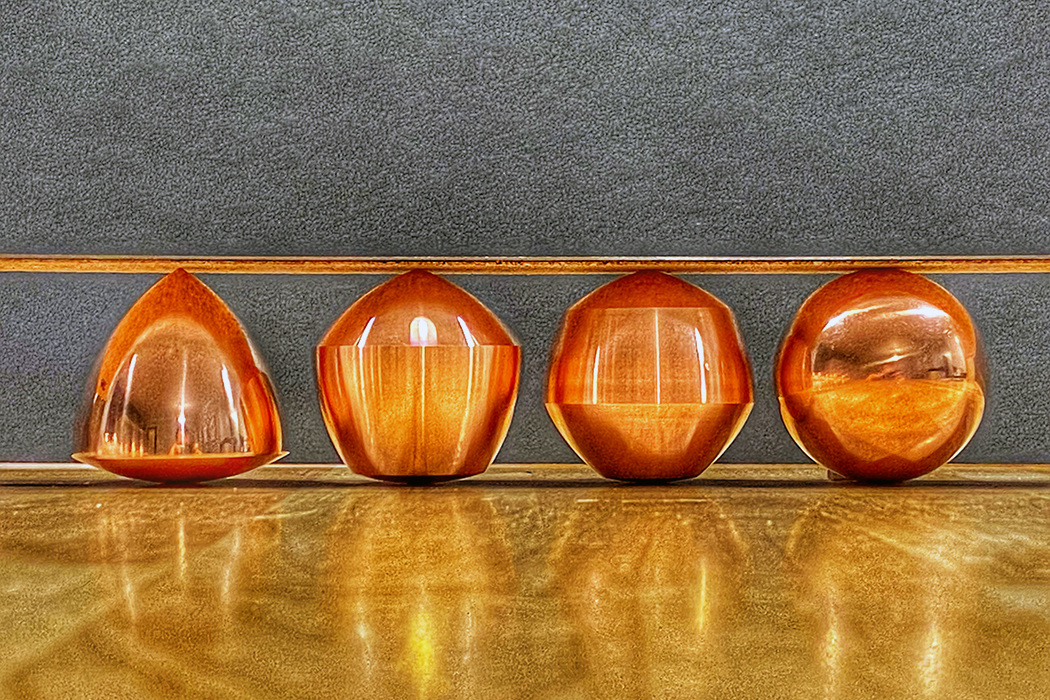 This sleek, accessible Braille Computer is like a MacBook for the visually impaired!