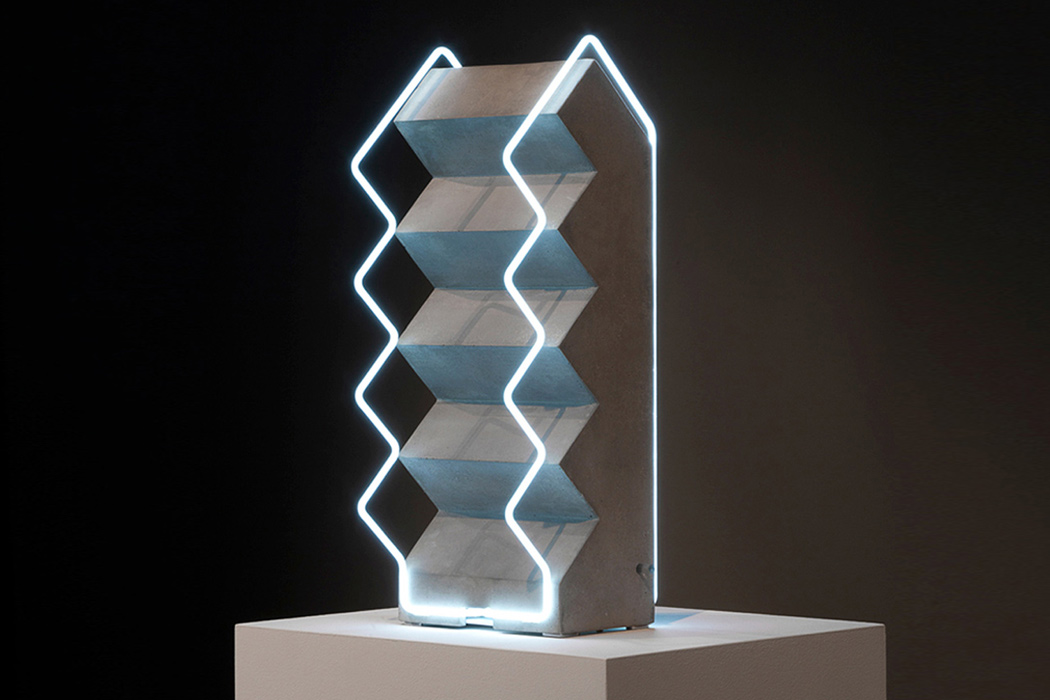 Exquisite and unique lighting pieces that can brighten up any living space will always have my heart. Though designers all over the world do give justice to such pieces, one of my favorites is artist Morgane Tschiember and her work involving fundamental elements such as form, shapes, color, and material. Whether it comes to working in film, photography, installation or sculpture, Tschiember identifies herself as a ‘classicist’, one who is obsessed with the exploration and exhibition of pictorialism. The collection featured here today is a series of sculptural lights that use a mix of dense concrete and delicate neon tubes to give a perfectly balanced lighting design. 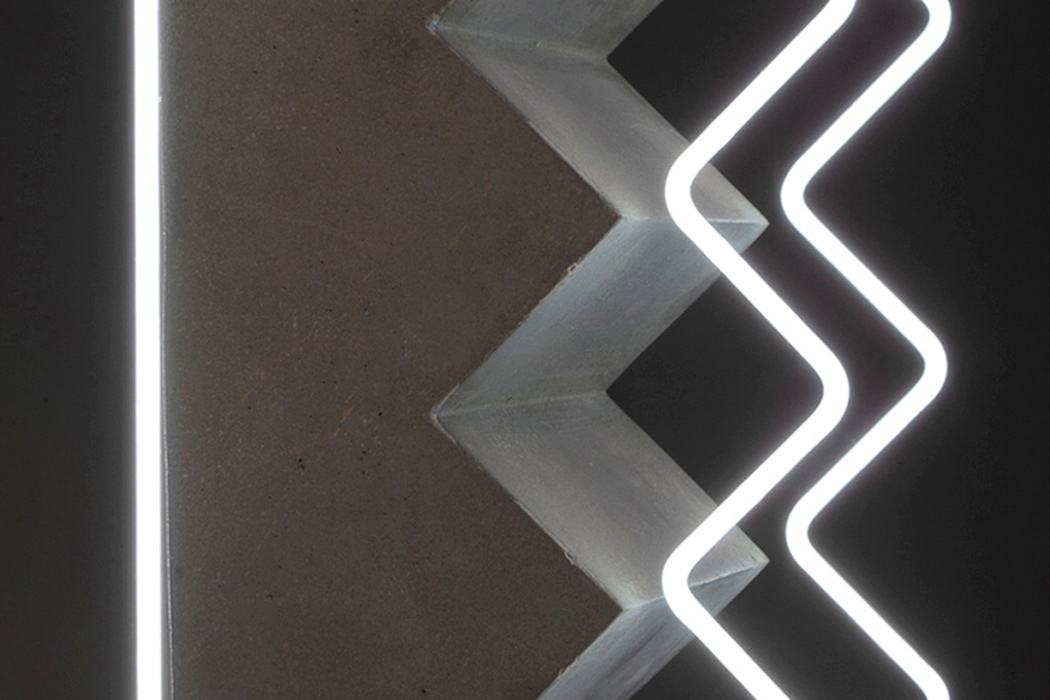 At the Carpenters Workshop Gallery’s ‘Art Light’ exhibition held in Paris, she introduced ‘Open Space’, a series of fluorescent light tube sculptures, enunciating her fascination with the relationship existing between dimensions, how they relate and create dialogues with each other. The piece consists of neon light tubes, contrasted by three-dimensional geometric shapes sculpted from concrete. “Her sculptures are not simply three dimensional, but also explore time, action, movement, flux, and fluidity, thereby opening up the space an object takes and exploring its relationship to where it stands.” the Carpenters Workshop Gallery explains. 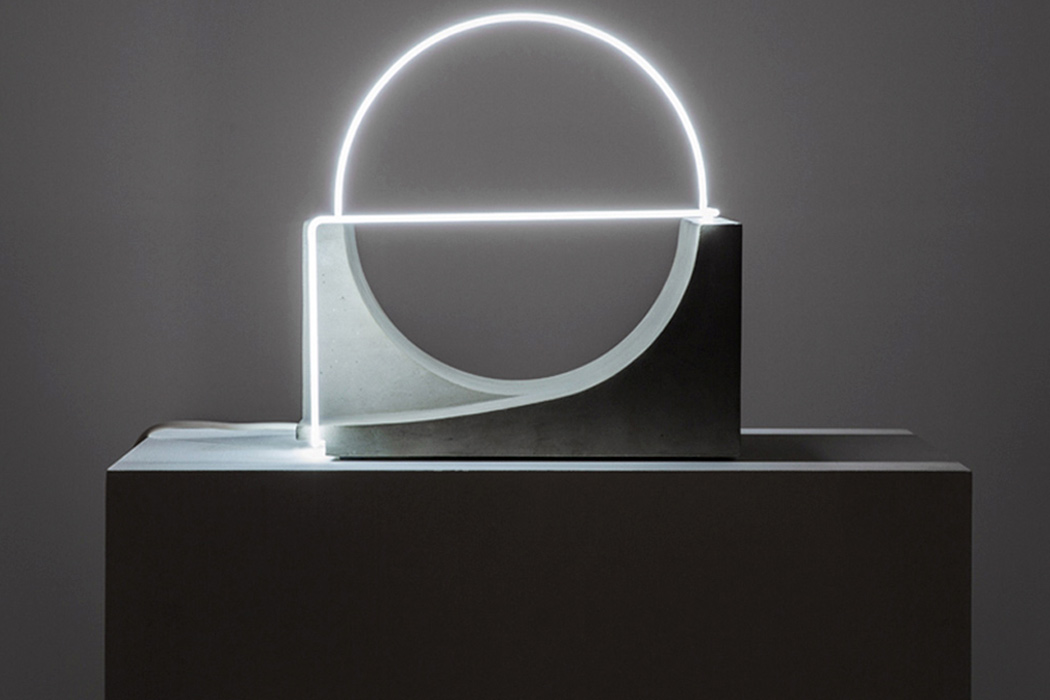 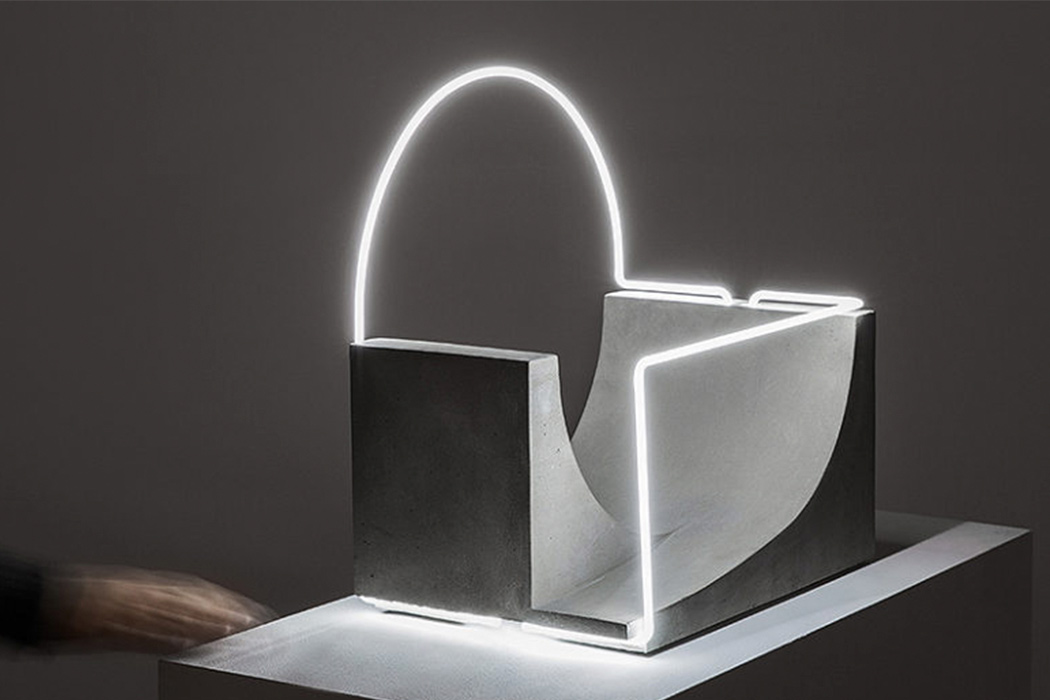 These minimalistic pieces possess not only the ability to illuminate rooms but have significant aesthetic value, with each luminous structure showcasing a different geometric shape. Such pieces could truly enliven any living space they would be introduced into! Circular from the front, Half Pipe reveals it’s fun, hidden nature when viewed from the side. 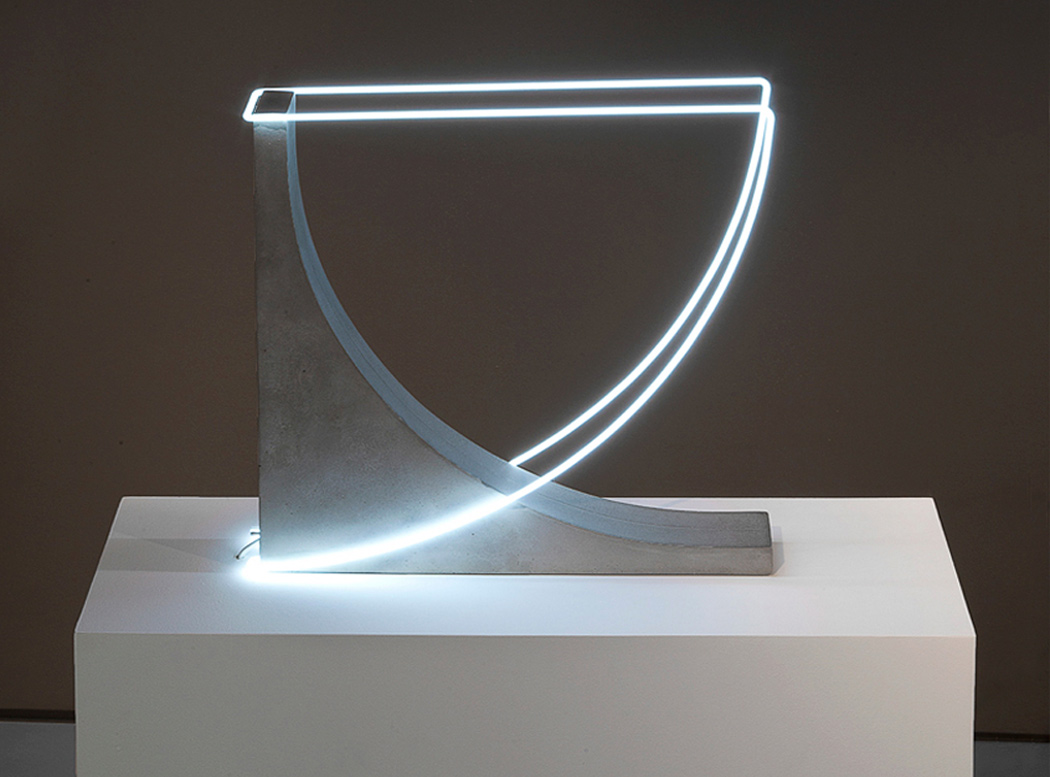 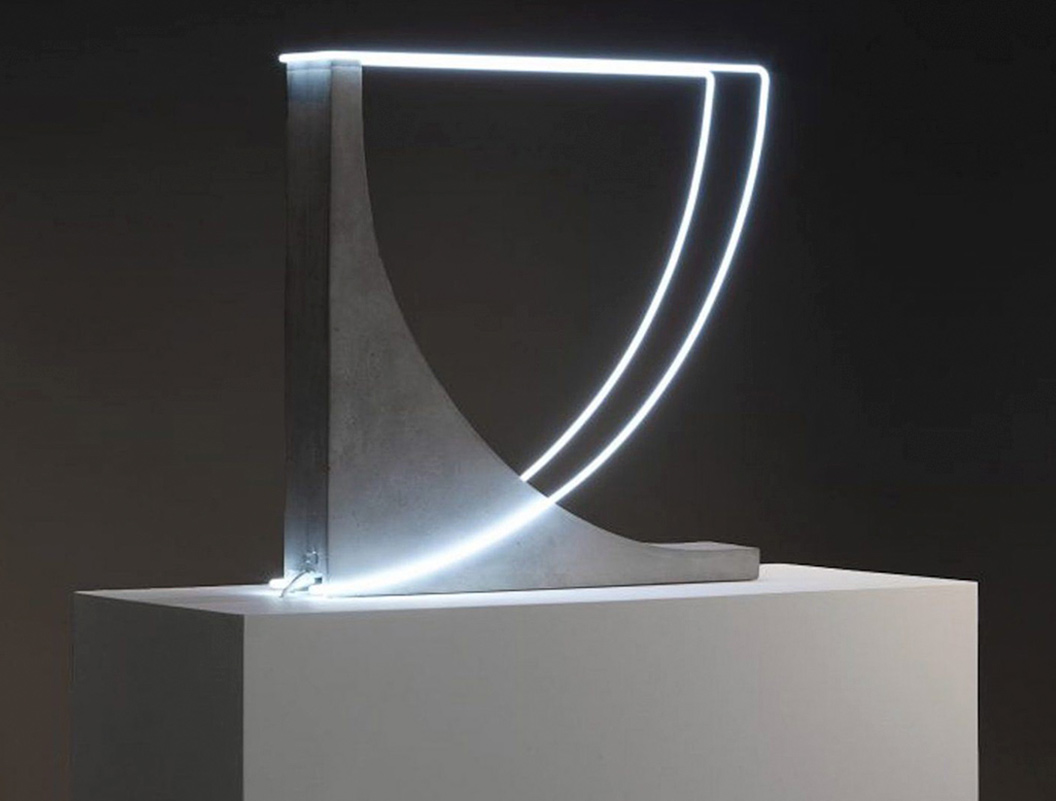 All of Tschiember’s pieces are sleek, contemporary and highly functional with tube-like fluorescent fittings. This piece named Angle brings to mind the geometric angle we would draw as children in school. 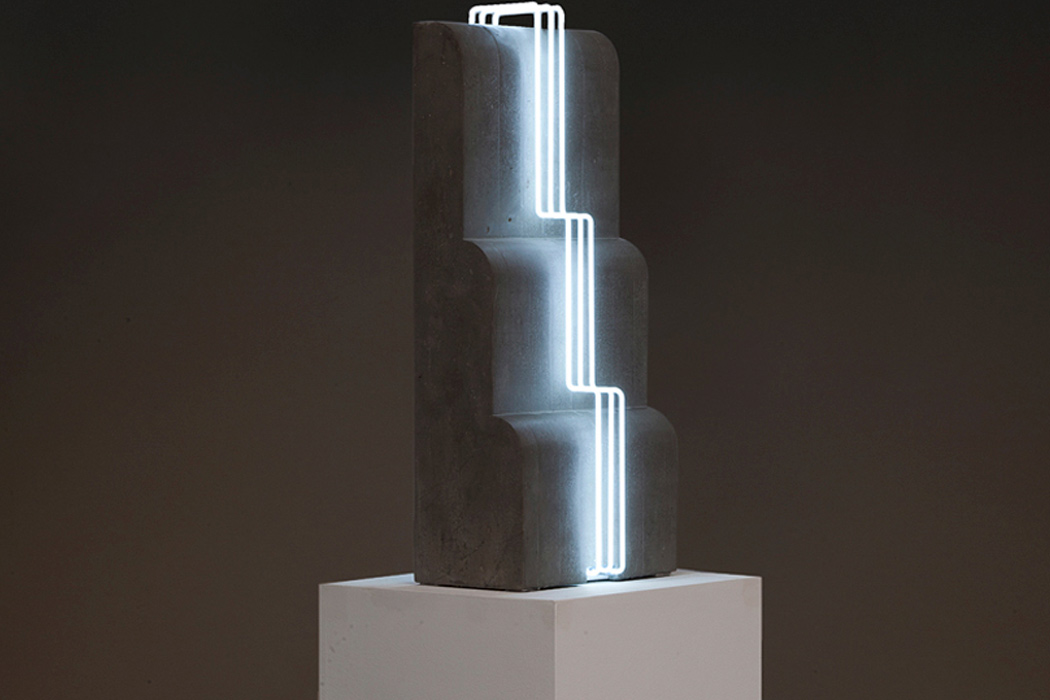 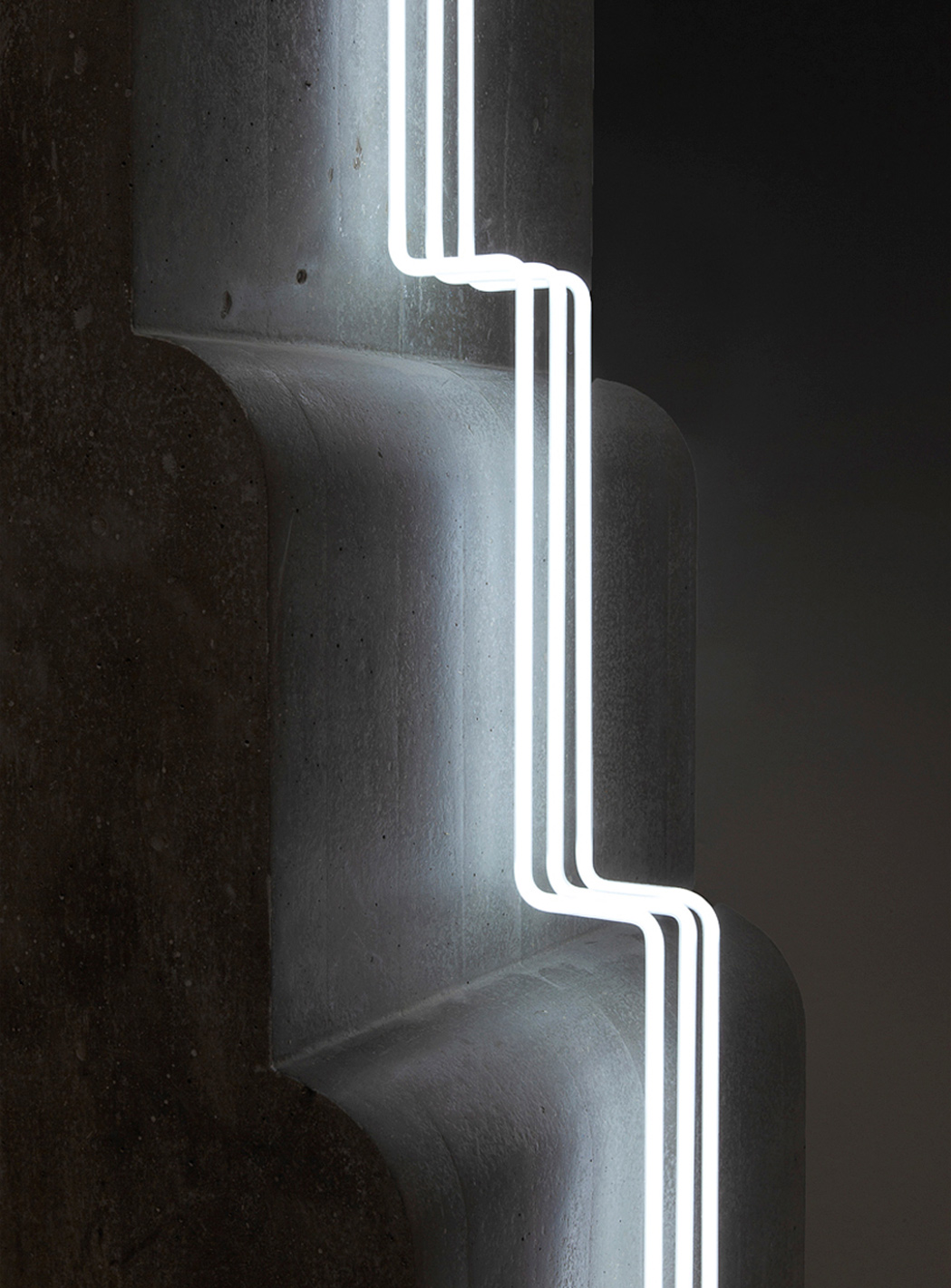 Cascade showcases the flow of light like a waterfall, bringing fluidity to art.

Her work was featured alongside the work of other distinguished artists such as Atelier Van Lieshout, Nacho Carbonell, and Stuart Haygarth at the Art Exhibit. 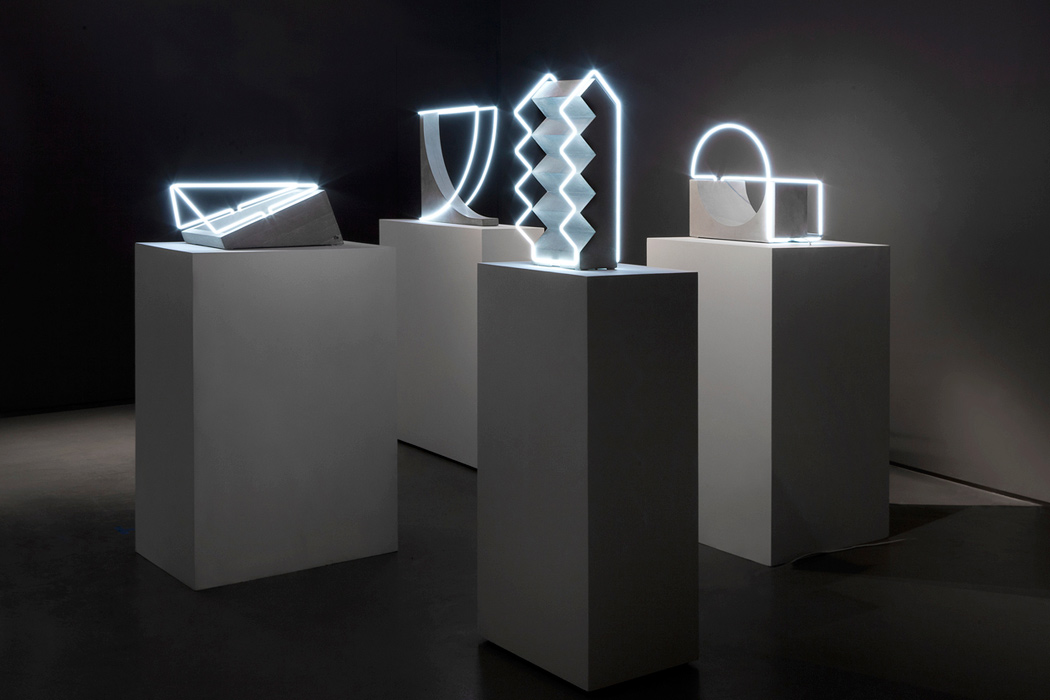 This 3D shape measuring design is an obvious evolution of the ruler, making it a must have EDC

A simple-looking ruler that’ll surprise you with its ability to measure everyday objects with pinpoint accuracy – sans any maths involved. The best thing is…

There’s no other ship in the history of science fiction that has a bigger following than the Millennium Falcon. Now we don’t have the luxury…

There’s no better way than a PaperSpokes crate to transform your bicycle from a simple mode of transportation to a functional cargo carrier! A stylish…