I was in the Scottish Highlands a week ago, on a road trip with the family with absolutely no network on my Pixel 2 phone. In essence, I was cut off from the rest of the world. No internet, no messages, no calls. All I had was the car’s radio, which happened to be catching some music on a DAB station. I looked at my Pixel 2’s screen, completely stunned to see that without any network or internet, my Google Pixel 2 had identified what song was playing. Right underneath the notification bar, it said “Come Together – The Beatles” (the radio channel was celebrating Lennon’s birthday on the 9th of October). My phone had essentially identified a (pretty popular but) completely random track on the radio… ON ITS OWN, without connecting to the internet. It’s as if my phone knew what a song was, and also knew what THIS song was, and could identify it with no external help. I was partly terrified but mostly impressed. Fast forward to today, a full week later.

I’m sitting in front of my TV, watching the Google Keynote live. I’m feeling a similar feeling of euphoria and mild terror at how incredibly advanced Google’s new devices are getting. The Google Assistant has the ability to work incredibly well WITHOUT being connected to the internet. Everything sits in Google’s small machine-learning chip, allowing your phone to be smart on its own. That’s incredible and terrifying, depending on how you look at it. Google’s devices, its smartphone in particular, are growing increasingly powerful in order to achieve what Google calls ‘ambient helpful computing’.

Google’s keynote, just nearly over a month after Apple’s keynote, feels quite different. In fact, I’d say the roles have reversed. Apple was once a bastion of serious innovation, and Google, a fun-loving company that made delightful hardware to complement its software. Now the tables are turned, as Apple takes on a more informal route, with its partnerships with Oprah and Jason Momoa, and its foray into Arcade and Apple TV Plus, while Google has assumed the mantle of power, having just built the most powerful Quantum Computer among other achievements. The once fun-loving company is all about showing how they can ‘help’ change the world, one product at a time. I mean, they even had an on-stage interview with Annie Leibovitz, to talk about how a professional would use Google’s Pixel camera.

The Pixel 4 is built around Google’s motto for being an incredibly advanced piece of tech envisioned to help you. Its incredible advancement comes from the fact that it’s now the first and only phone to use radar as an input, allowing you to wave your hands in the air to swipe through your music playlist, mute your alarm by showing your phone your palm, and much more. The Soli radar chip, developed in 2015, went from 4 square-feet in size, to a mere 4 square-millimeters, sitting in the Pixel 4’s upper bezel. The Soli is so powerful, it knows what to do before you even tell it to. When your hands approach your phone, Soli activates the facial recognition camera on your phone, so you just need to look at it to wake it up… no pressing buttons or anything. It even reduces the volume of your alarm when it senses your hand approaching the phone. It can detect and differentiate between you waving to a friend versus trying to swipe in the air to change tracks on your phone, making it both ground-breaking and incredibly intelligent for something so new. Google’s assistant grew a tad bit smarter too, being able to work across apps, completely offline, and being able to recognize complex commands without even needing the phrase “Hey Google”. If that wasn’t enough, the Pixel 4 will be the first smartphone to be Google Stadia compatible, come 19th November when Stadia finally launches.

As for the camera, Google’s found new ways to excel in that department. There was a good 15 minute segment just on how Google practically built and perfected computational photography. The camera can now click infinitely better HDR images with HDR+, better Portrait photos with its two lenses, even completing it with realistic bokeh, and absolutely stunning low-light pictures that puts the Pixel 4 in the category of SLR cameras. You’re literally looking at a powerful professional camera touted by Annie Leibovitz herself, that fits right in your pocket.

The Pixel 4 comes in three colors, with no fingerprint sensor and a massive square camera bump that easily overtakes the iPhone 11 Pro in its photography capabilities (although there’s a high chance the 11 Pro still dominates in the video department). Google’s very cleverly moved on from showcasing trivial details like wireless chargers and fabric cases (or even the Pixel 4’s battery life) to focusing on the larger picture, like how the Pixel 4 is an incredibly powerful digital assistant in your pocket. From being able to anticipate and understand your needs much in advance and being able to read your gestures in mid-air, to being able to allow you to talk to its assistant in a natural seamless manner (so the technology recedes into the background), the Pixel 4 is a great phone for users, while being a complete magnum opus for Google, showcasing its absolute potential as a dominating force in practically every department, from Voice AI to the state-of-the-art computational photography. That feeling of delight (with the zest of terror) is a pretty interesting one. It shows that there’s still a lot left in the smartphone innovation department, that Google is capable of still blowing our socks off, and there’s no stopping them. 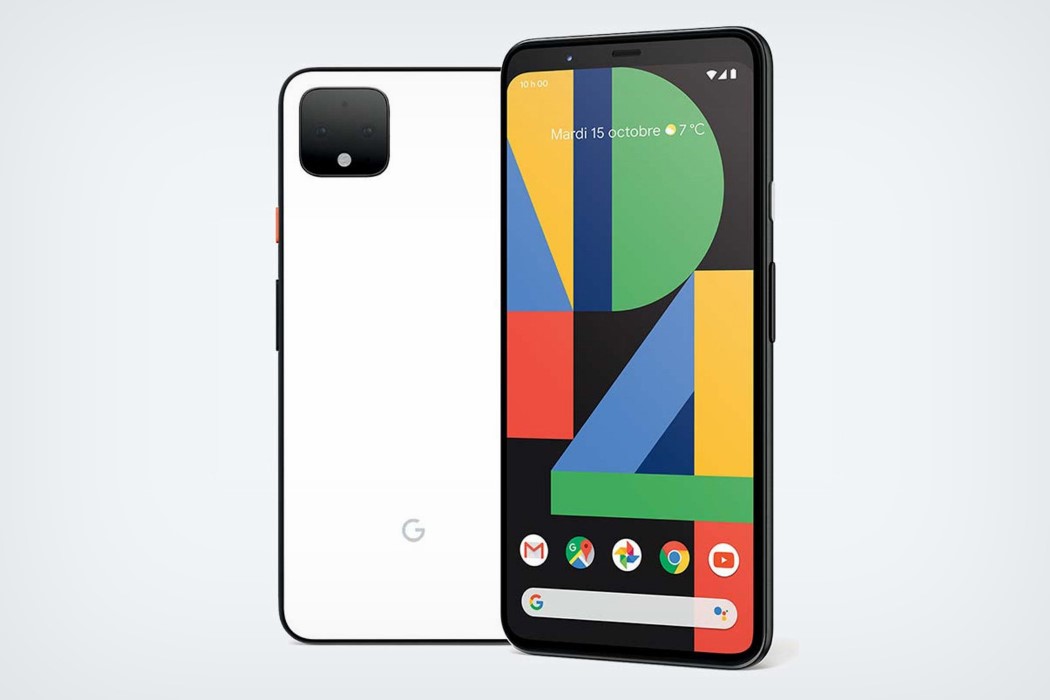 Despite the undeniably powerful photographic capabilities that the newly released family of iPhones has brought with them, we can’t help but miss the iconically minimal…

Not everyone seems to like the PlayStation 5 design. It’s either too alien-looking, or too large for people (even though it’s the most popular gaming…

Who on earth would have imagined a mobile office chair to come from the house of Volkswagen? Yes, this is not a gimmick, rather, a…