Magnets have traditionally been used to tell the direction of the north and south poles, but this nifty product gives magnets the ability to indicate the time too! The Ferrofluid clock uses a magnetic liquid instead of your conventional hour, minute, and second hand. The magnetic fluid lies in an airtight chamber on the front, while a magnetic hand at the back of the chamber guides it around, making it look almost like an alien living organism moving in an imaginary circle to tell the time. It truly feels like something out of a science fiction movie!

Ferrofluid was originally developed as a prototype rocket fuel, for its coveted ability to power a rocket in zero gravity. Comprising mainly of kerosene and magnetic nanoparticles, this fluid comes to life around magnets, forming complex textures under influence of the magnetic field. Ferrofluid is now a common material in art and science projects, although its use as a time-telling material definitely makes for an eye-catching product!

The Ferrofluid clock comes with a handcrafted solid oak outer body, and a detachable aluminum frame containing the ferrofluid suspended in a clear chemical solution. Guiding the ferrofluid is a high-torque quartz movement that’s capable of guiding the magnetic liquid around the clock. The clock sports an hour hand and a silent sweeping second hand, making for an art-piece that’s literally dynamic with every passing second. You can take that dynamism a step further by using magnets to push and pull the ferrofluid around, making it do the strange alien-like dance it does so well. Never has the passing of time been such a beautiful, interactive, mesmerizing experience! 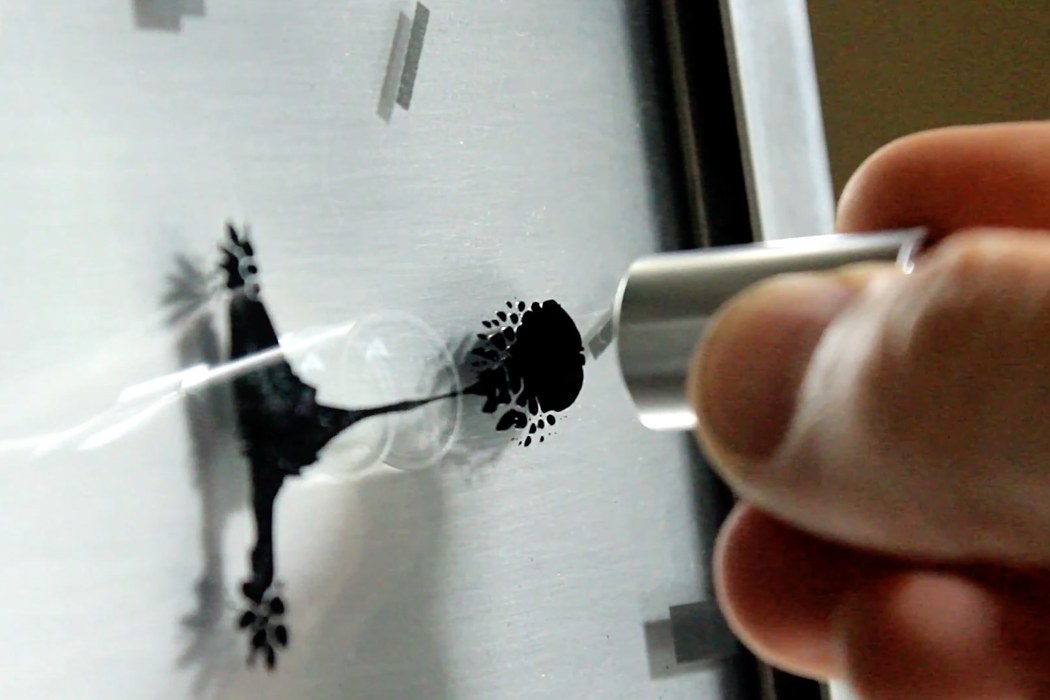 A desk clock design featuring magnetic liquid hands, a modular design and changeable faces. With magnetic liquid arms made from a prototype rocket fuel, it allows you to interact with it using a magnet.

Mesmerizing blend of art and science. The magnetic liquid is called ferrofluid, and was originally created by NASA in the 60’s as a prototype rocket fuel. It was unique in that it could be pulled into the rocket engines using magnets in zero gravity. Its original formula was actually 85% RP1 (rocket fuel grade kerosene), 10% magnetic nano particles, and 5% oleic acid to prevent clumping.

Since it’s made up of mostly oil mixed with magnetic nano particles it sticks to and stains almost anything it touches. And to make things even trickier it breaks down in the presence of almost any other chemicals and also evaporates in the air. However, Matt after working with ferrofluid for the last 4 years was able to gain the breakthroughs needed for this clock. 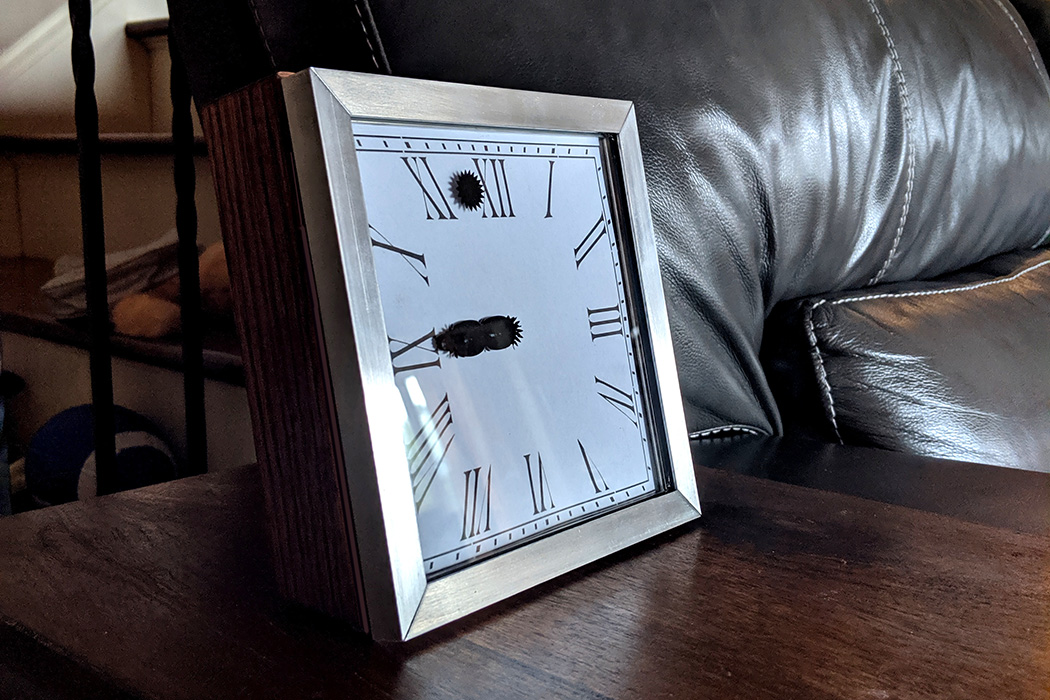 Each handcrafted clock is made from solid oak and aluminum and you can choose from either a light or dark wood finish.

How to Tell the Time 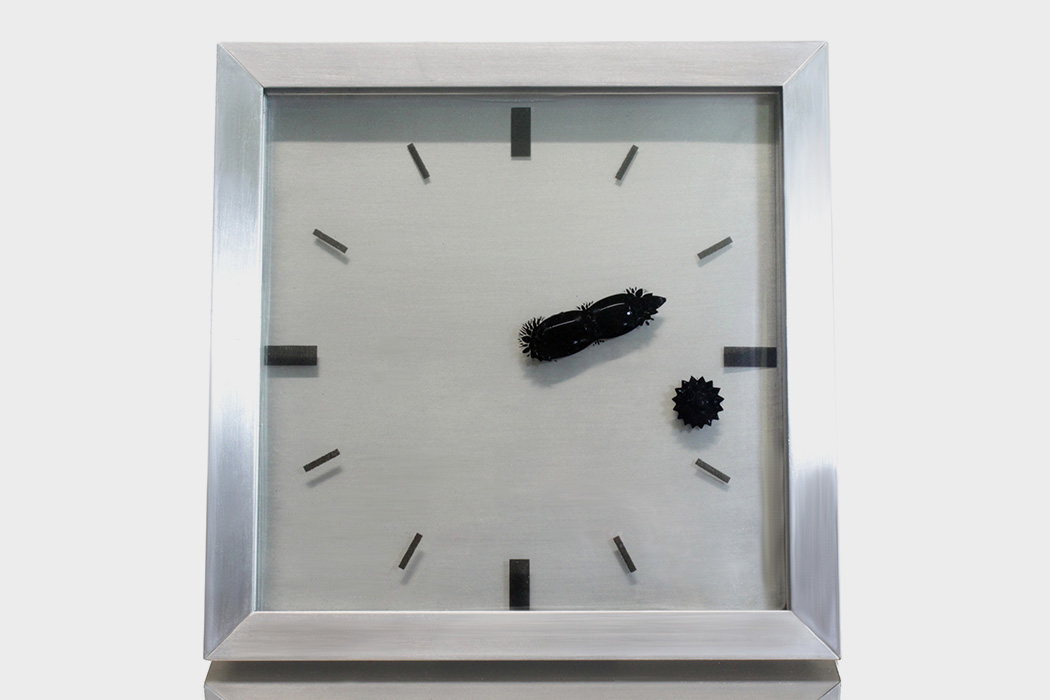 The long arm is for hours and dot is for minutes. The time shows 2:17.

This detachable flat panel ferrofluid display is the result of 4 years of research and development, hundreds of prototypes, and lots of organic chemistry. The ferrofluid remains suspended in a clear chemical solution that keeps it from breaking down or staining the glass, ever.

Interact with the flat panel display and imagine the possibilities.

Create your Own Clock Faces 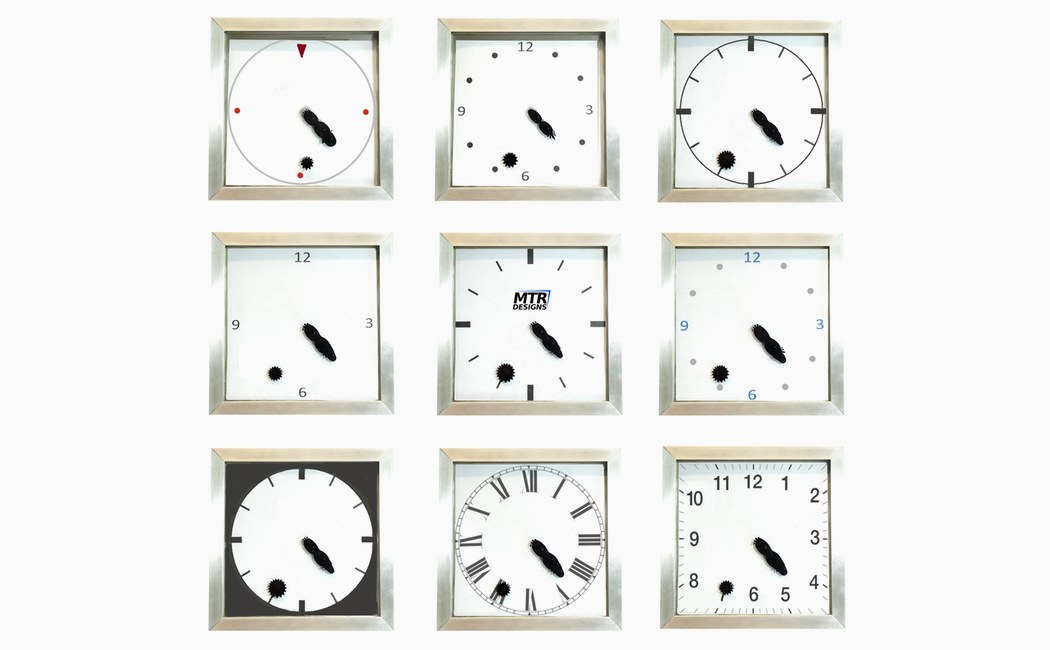 They include 4 clock faces, but you can simply download and print out more or even create your own!

I’m the worst when it comes to losing the tools in my toolbox – I can never find what I need, which is exactly why…

Lets face it. We all should be recycling. What used to be simple; “metal goes here, paper goes there, and plastic goes in over there,”…