I’d imagine that design as a discipline wouldn’t thrive culturally during a world war, but would rather be driven by necessity and functional superiority. This, in turn became the design culture of the 1930s. Everything was aesthetic, but most importantly, sensible. Pocket-watches became wrist-watches to keep your hands free, people shifted from Roman Numbers to Arabic Numbers for faster reading, and numbers on the dial became much bigger, so you could read the time in a glance. The 1930s were a time of urgency, and a time where products were designed to last forever. The Beaufort Aerotimer reflects that era with its 1930s-inspired aesthetic, which even roughly 90 years later, looks just as beautiful and like a modern classic.

The Aerotimer is a fusion of old and new, and of different styles that make it unique looking. Its dial, for instance, has both Roman as well as Arabic numerals, referred to as a California Dial by watch aficionados. Popularized by Rolex in 1934, the upper half of the dial features Roman numerics, while the lower half features Arabic numbers. They’re both punctuated by the Super-Luminova line-markings at the 3 o’clock and 9 o’clock positions, a triangle marking on the top at the 12 o’clock position, and a date window at the 6 o’clock mark. Beaufort’s classic Aerotimer watch doesn’t come without its touches of modernity too. The case for the watches are made from 316L Stainless Steel, with sapphire glass displays on both the front as well as the back. The domed sapphire on the front comes with an anti-reflective coating, while the glass at the back reveals the Aerotimer’s magnificent Swiss-made Sellita SW200-1 a precise, reliable, and robust movement that echoes the sturdy and dependable character of products in the 30s. The watch is self-winding and can be hand-wound too, and comes with a 38 hour power reserve.

Each of Beaufort’s vintage-championing Aerotimer watches are designed to be waterproof up to 10 ATM, and come in silver and rose-gold bodies, with dial colors ranging from a classic white, complementary salmon, aerotimer blue, and a rich Navy-inspired gilt blue. Couple these with the full-grain Italian Leather straps that come in cognac, navy blue, and black, and you’ve got a watch that’s vintage-inspired but still beautifully evergreen. 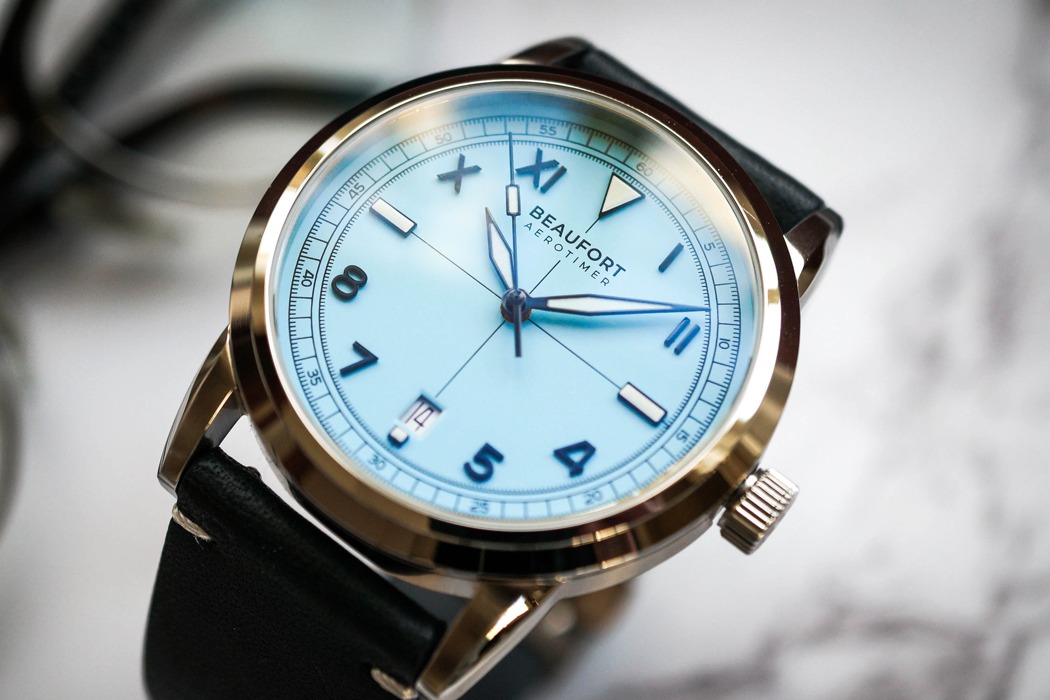 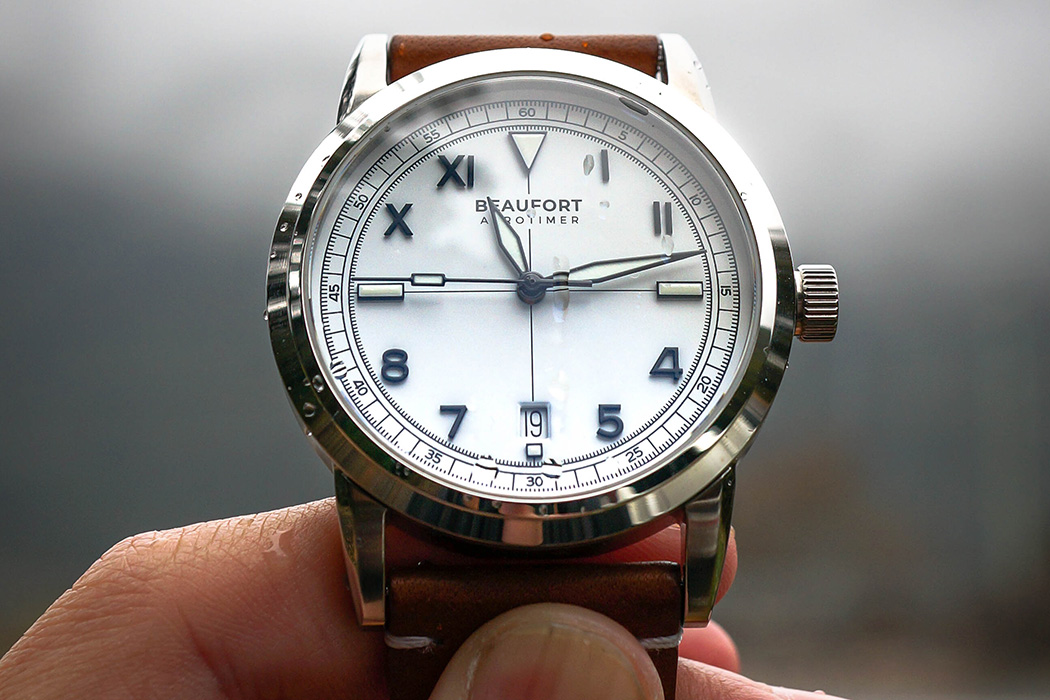 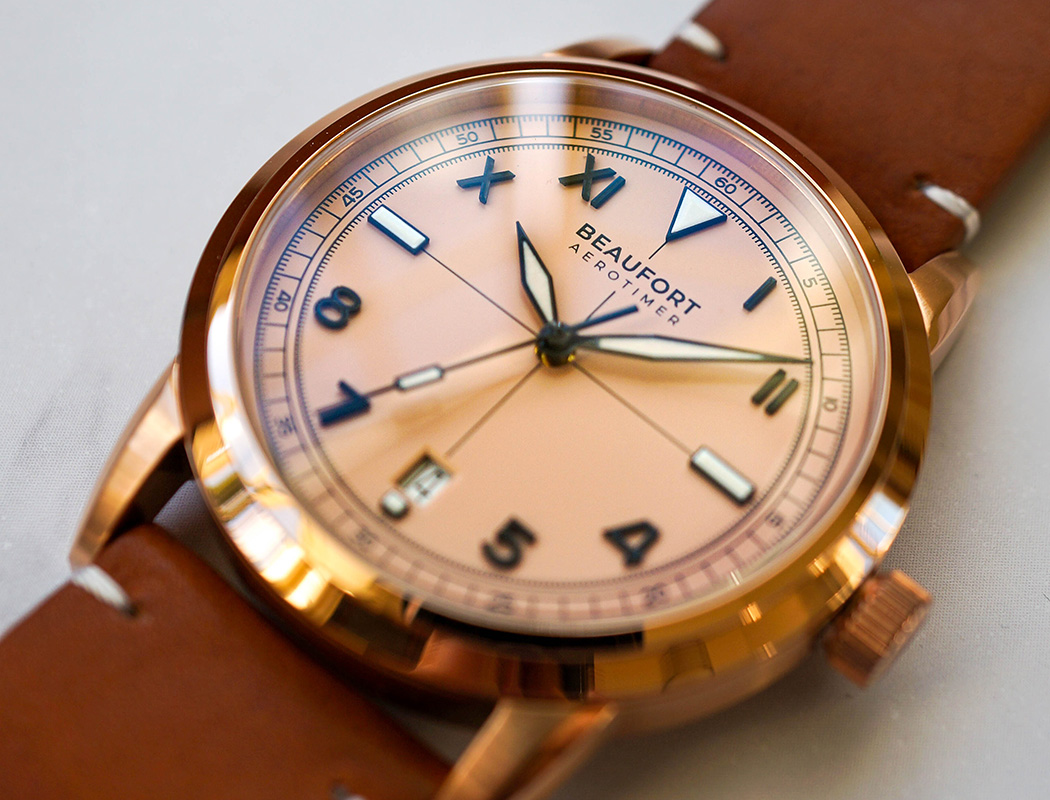 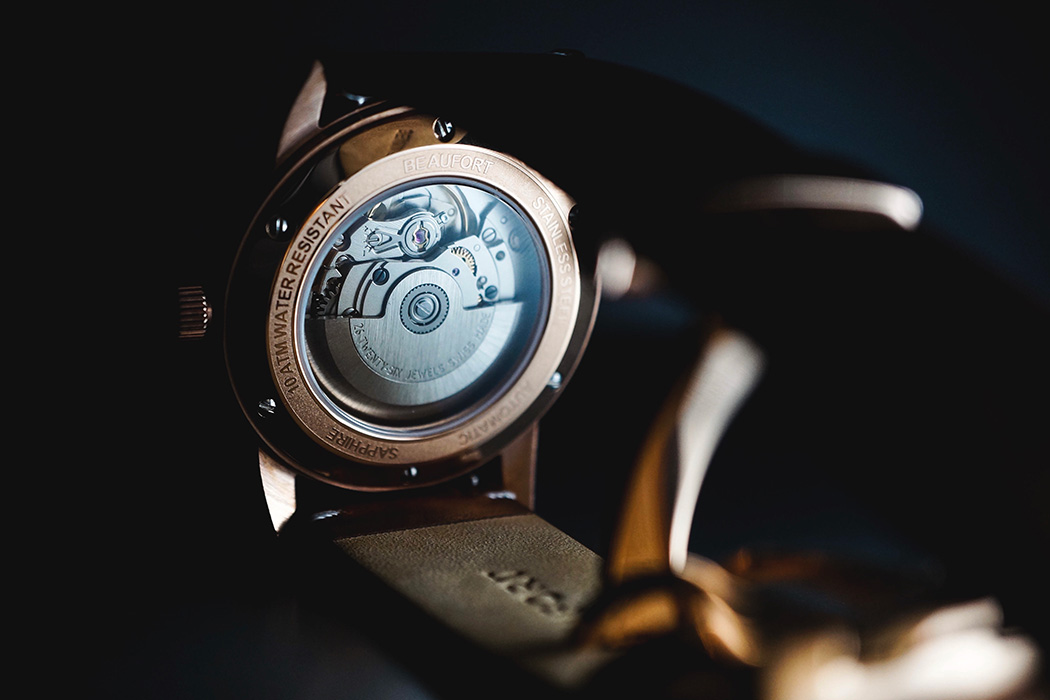 The SW200-1 calibre, a formidable movement, is Sellita’s counterpart to the ETA 2824-2. Over the decades, Sellita has become a powerhouse in Swiss movement supply. The SW200-1 calibre is well known to be precise, reliable, and robust. 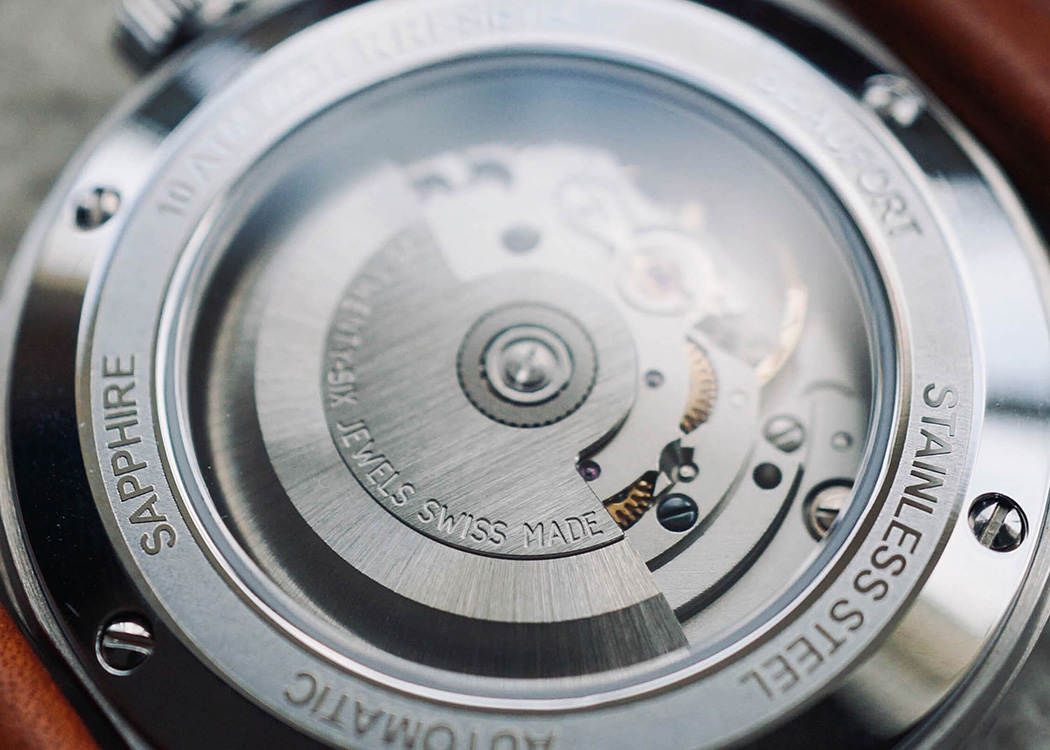 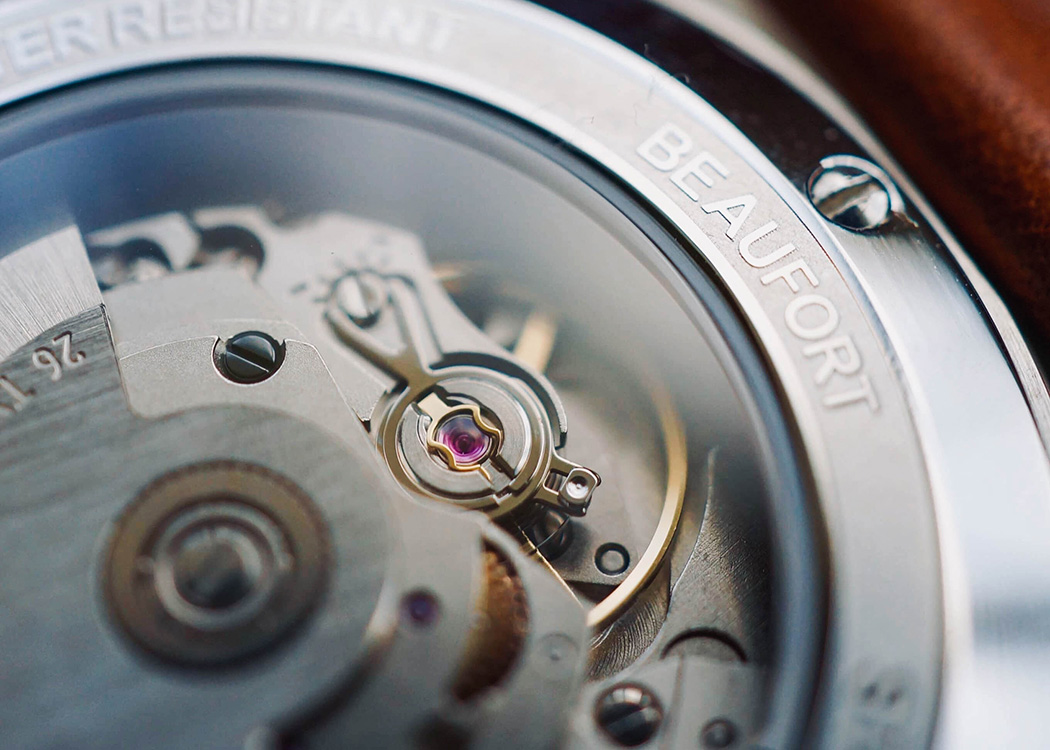 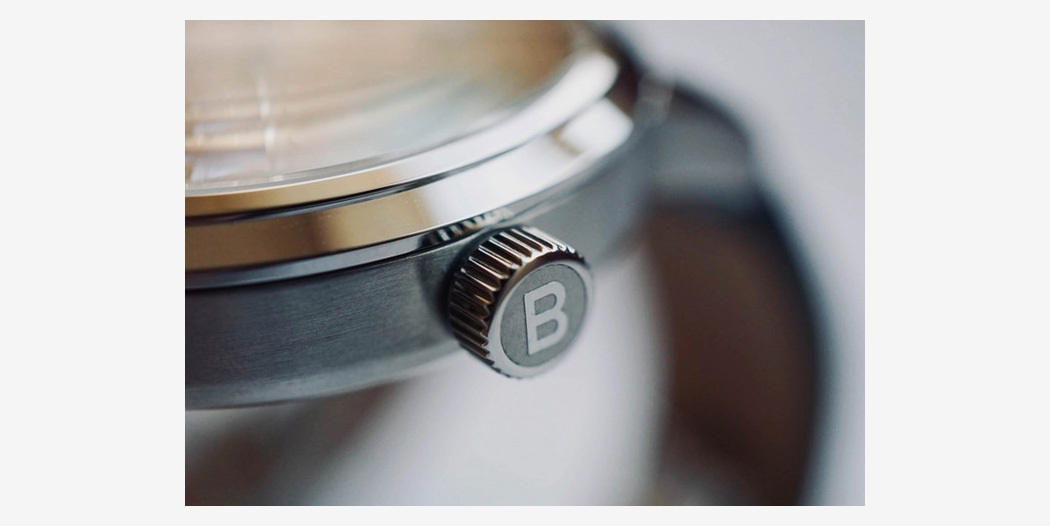 The Beaufort Aerotimer watch case is built from a 3-piece construction: The bezel, the main body, and the display case-back. Each piece is crafted from 316L stainless steel and is finished to a mix of brushed and highly-polished surfaces. 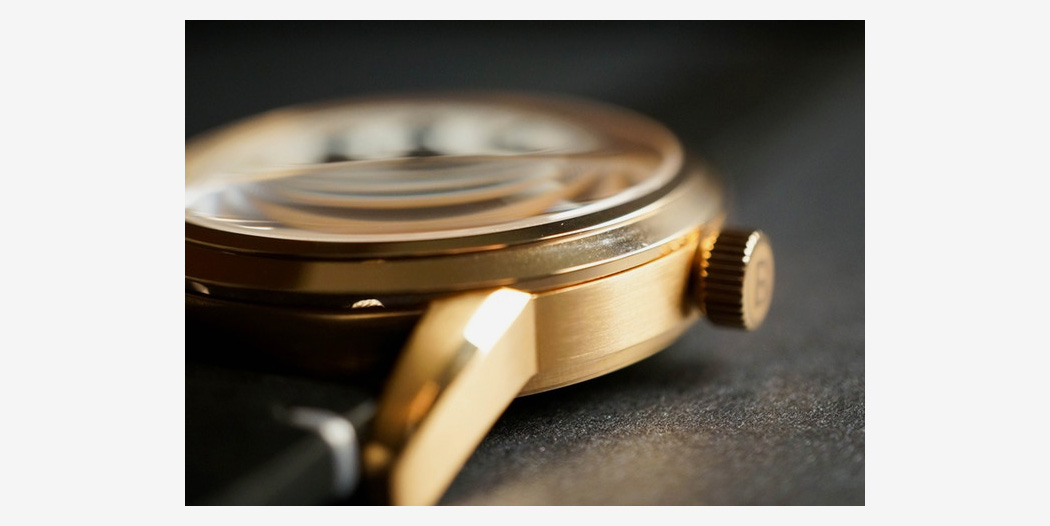 Each Aerotimer is fitted with a single-domed sapphire crystal. On the underside of the crystal, a layer of anti-reflective coating is applied to give the dial greater legibility when it is under the sun. 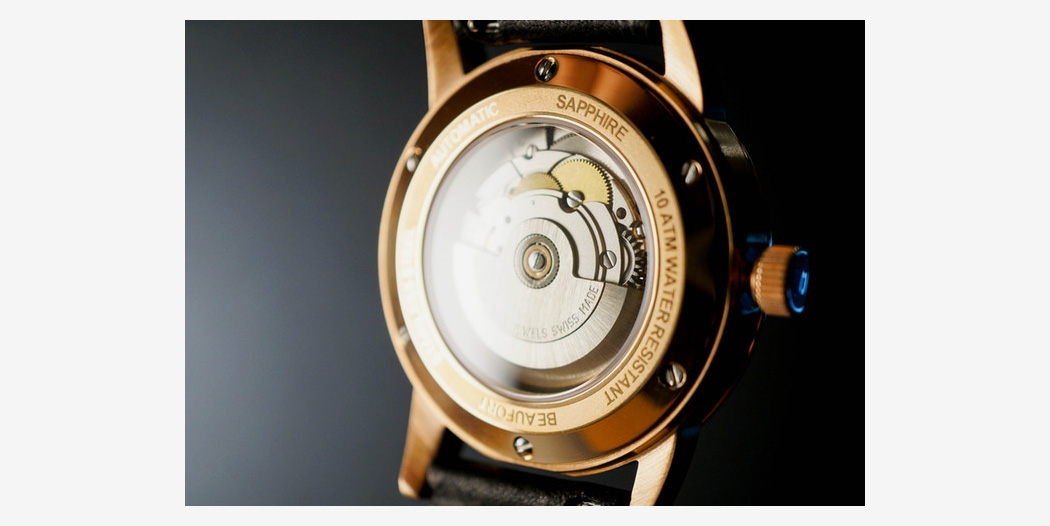 In addition to the sapphire on the front, the case-back is also fitted with a sapphire crystal. As sapphire is one of the hardest materials on Earth, it is extremely resistant to scratches. 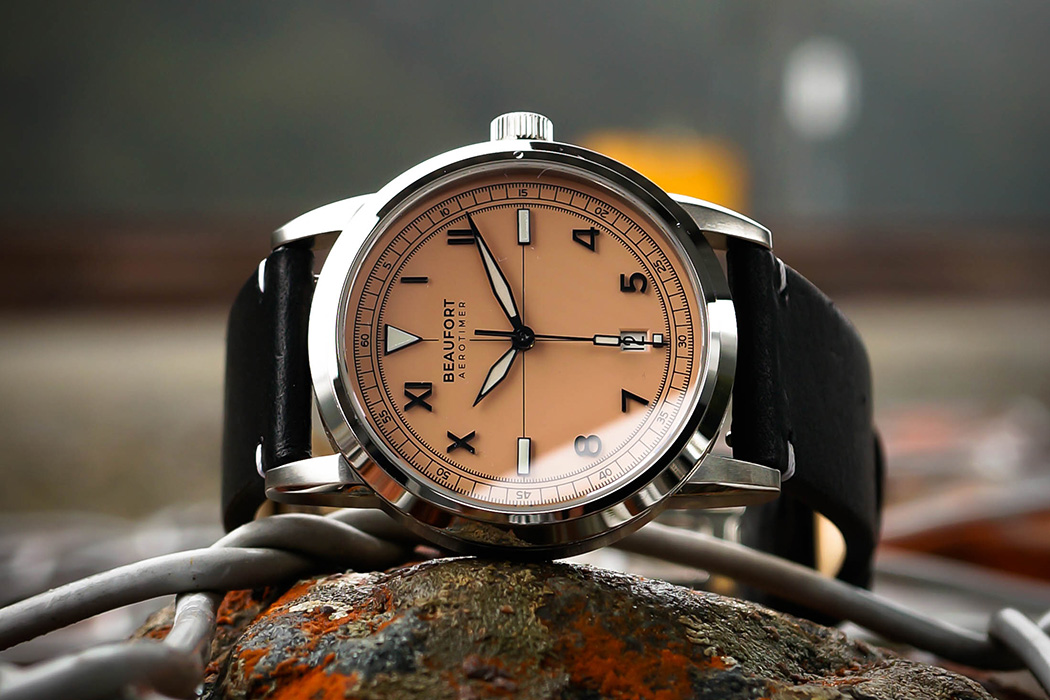 The dial for the Beaufort Aerotimer is based on the vintage California Dial. Simply put, it is a dial that consists of half Roman and half Arabic numerals. The application of this design was implemented by the Italian Navy back in 1936 after they commissioned Officine Panerai to construct a watch that would be both legible at night and underwater. However, Rolex was the first to utilize this design by applying it to their infamous bubbleback watches back in 1934. 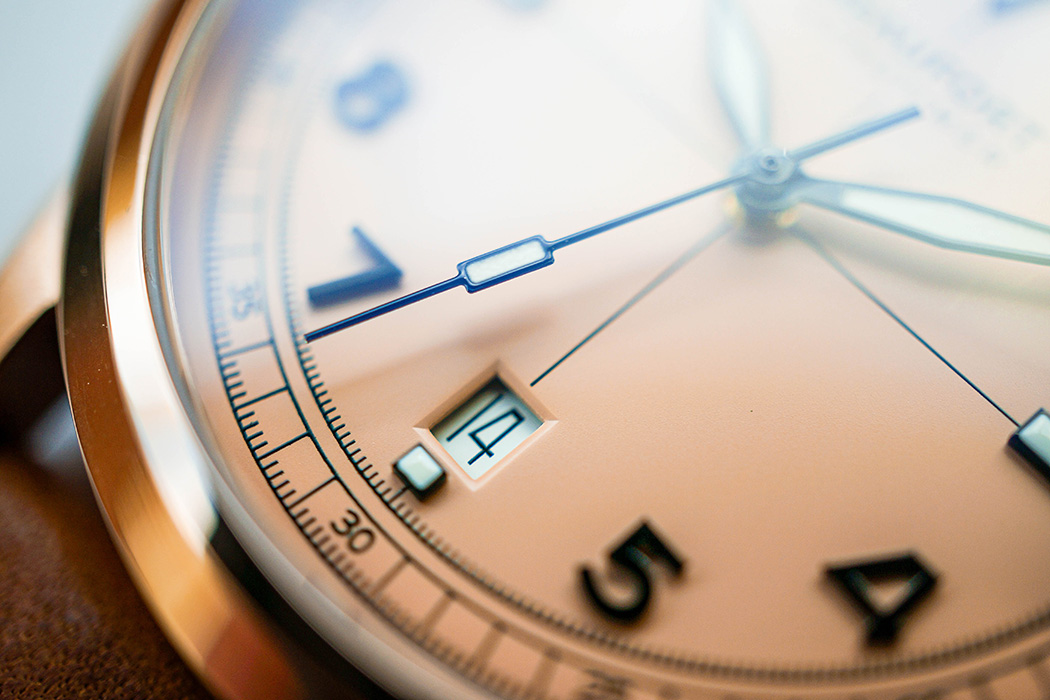 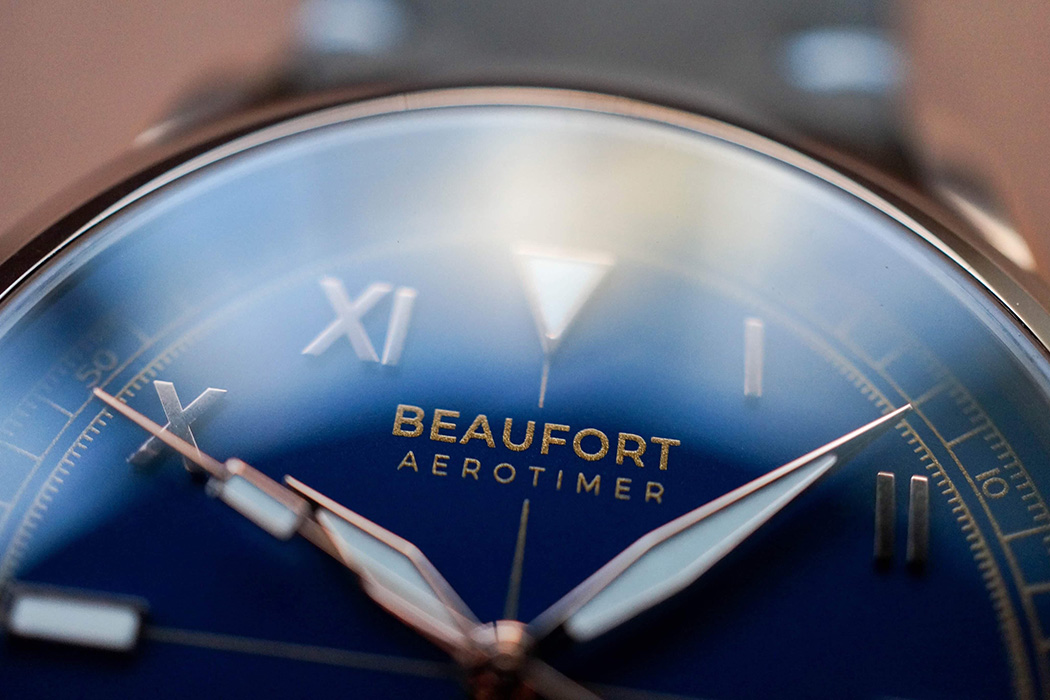 In the Aerotimer collection, the Navy dials feature a ‘Gilt’ dial. A ‘Gilt’ dial means that gold metallic flake is printed onto the dial as a substitute to the standard ink print. The result, when combined with matching indices and hands, is a vintage aesthetic that is both timeless and classy. 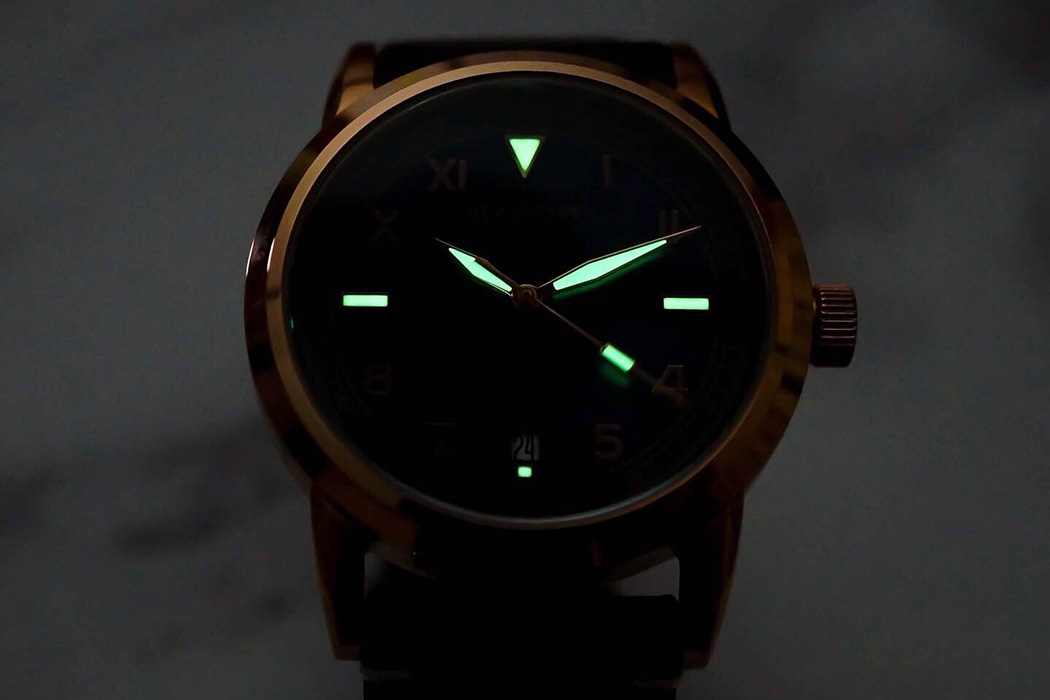 The Beaufort Aerotimer features C1 Super-LumiNova from Tritec. This is a white Luminescent that is applied to the hands and also the 3hr, 6hr, 9hr, and 12hr indices. 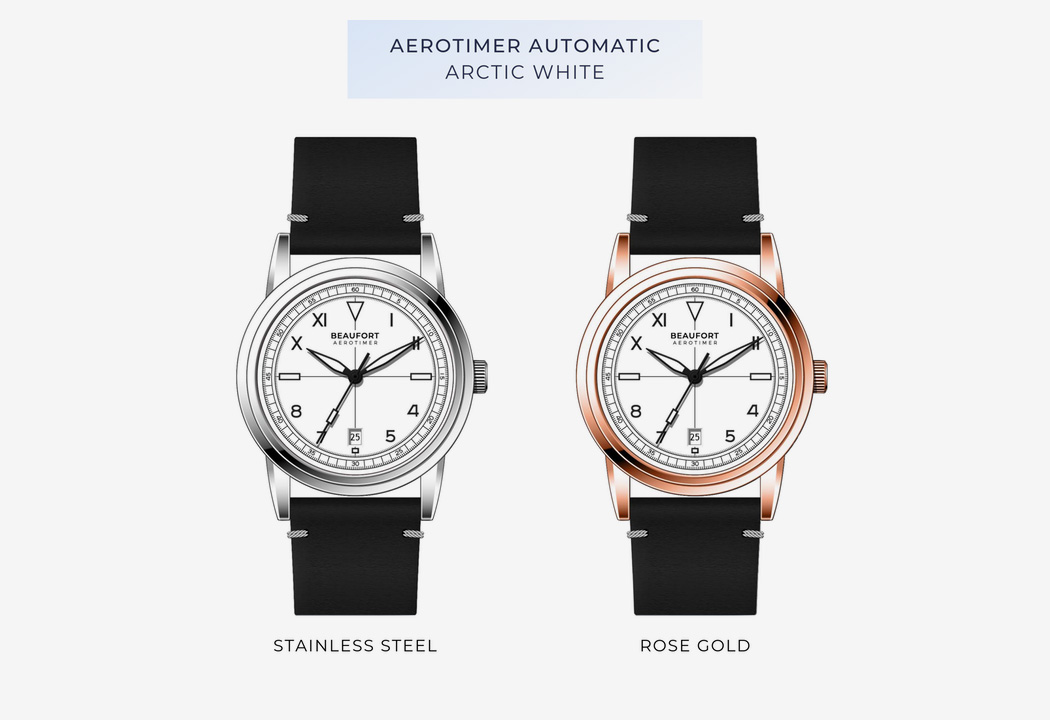 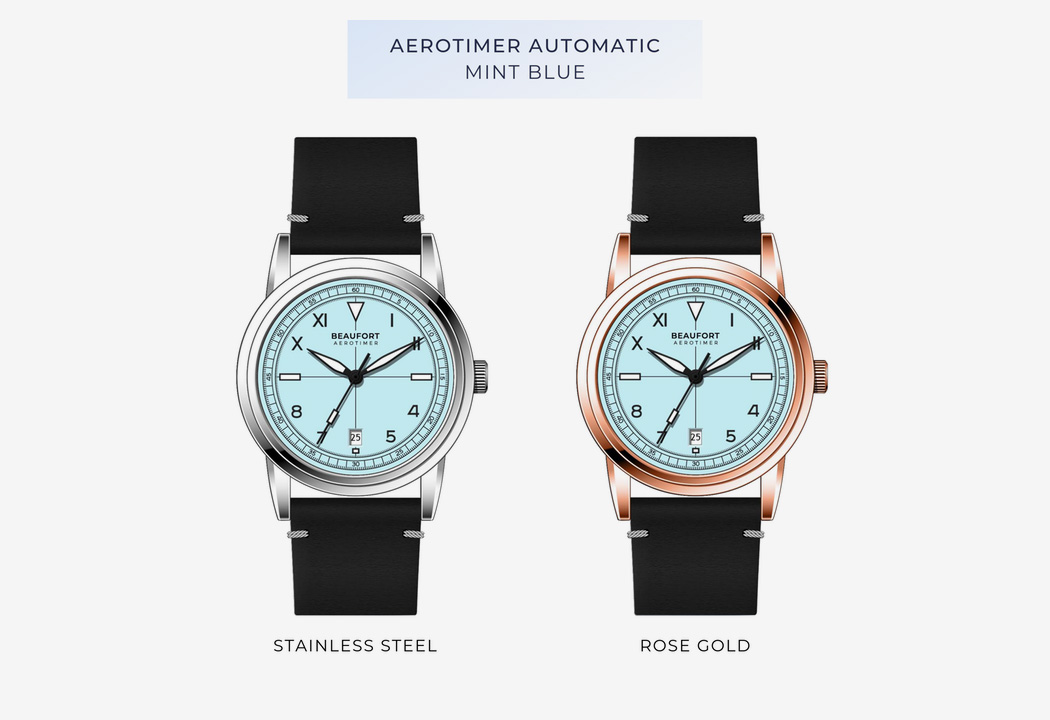 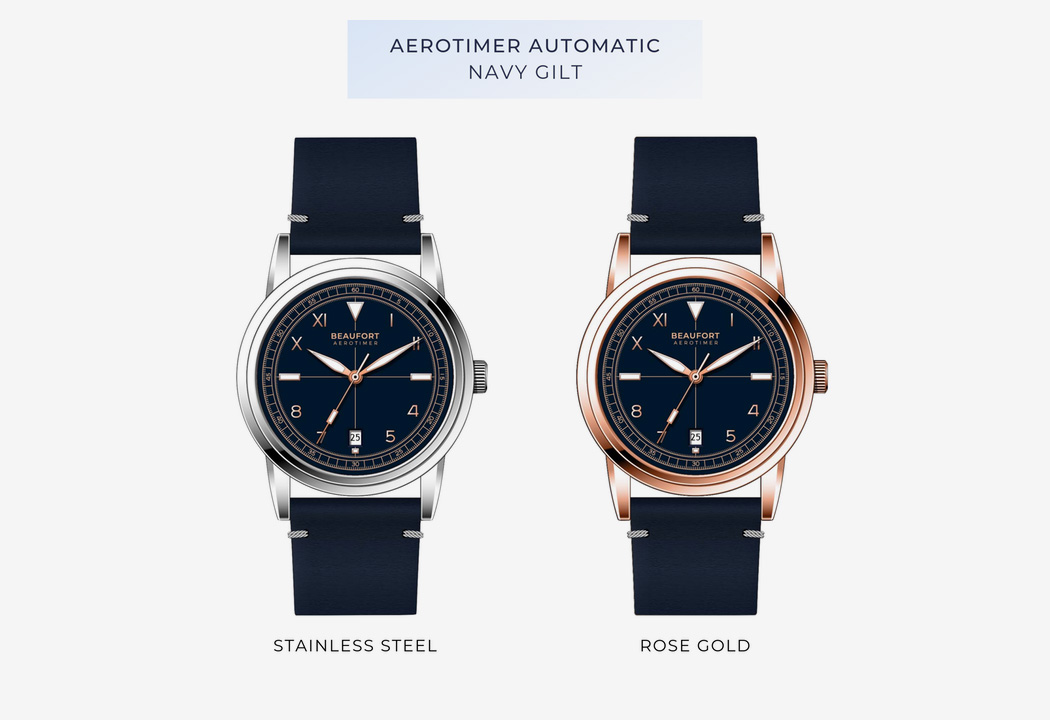 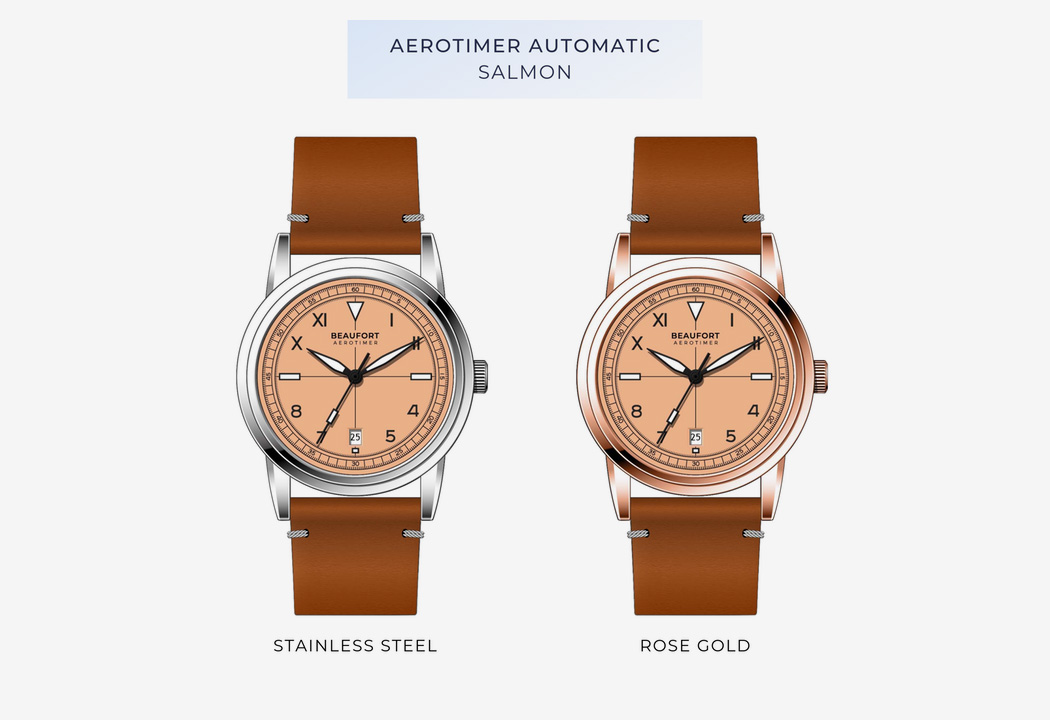 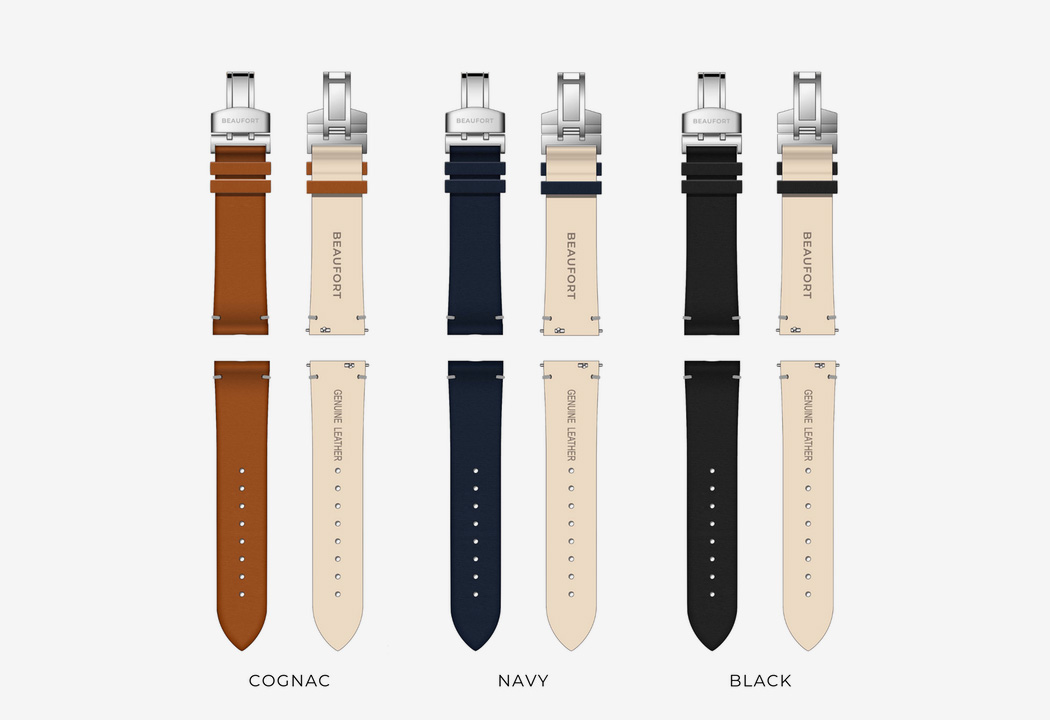 Our straps are made from Italian Full-Grain leather. The straps are fitted with a single-open deployment clasp. The straps feature a quick release mechanism that allows the wearer to switch out the straps quickly and effortlessly. 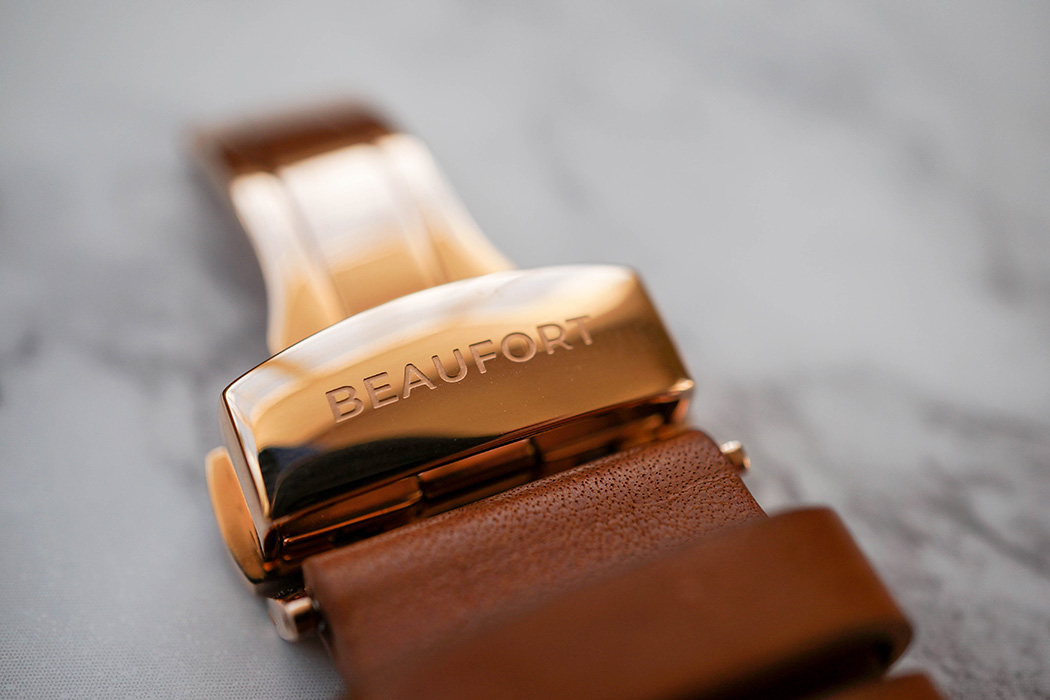 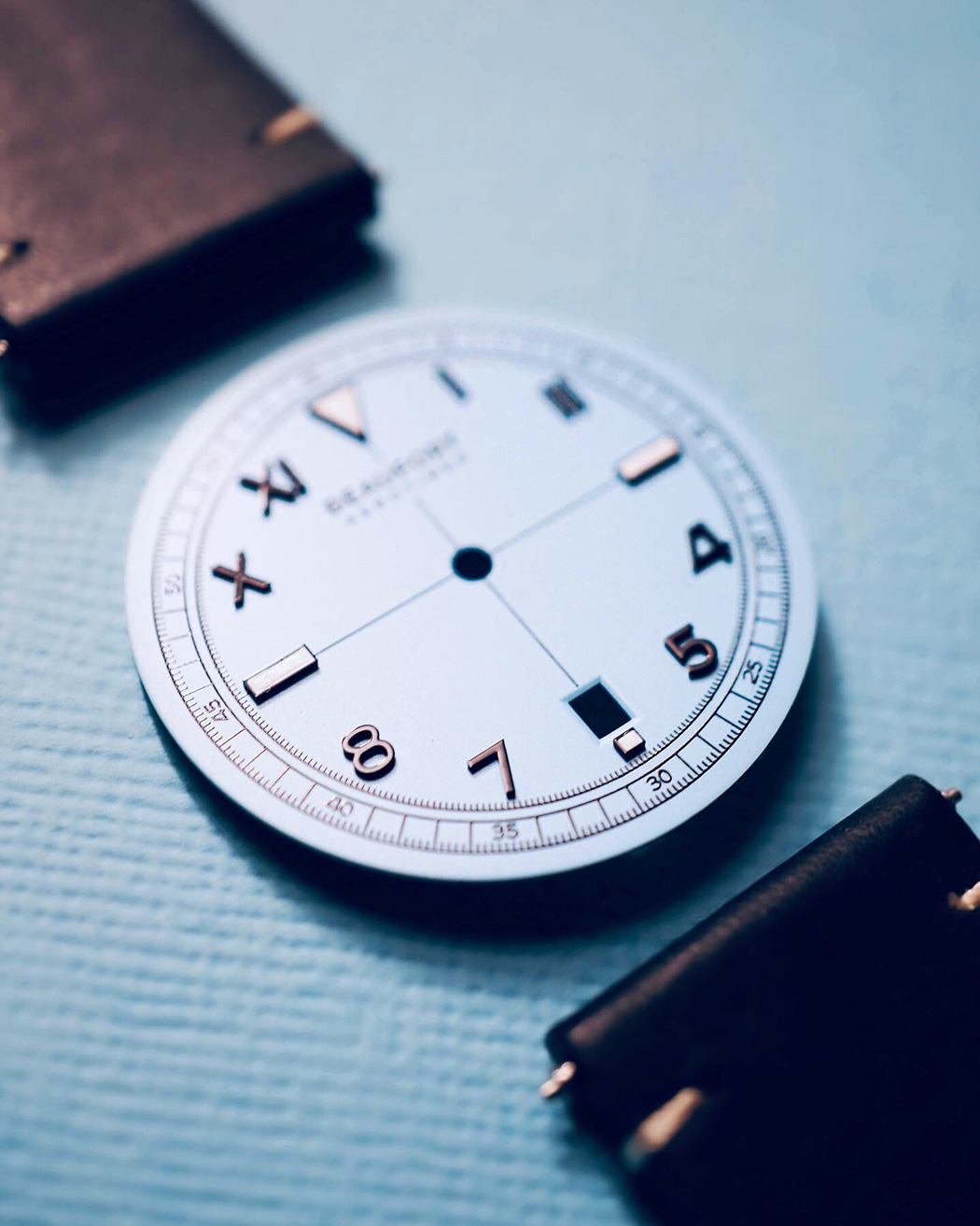 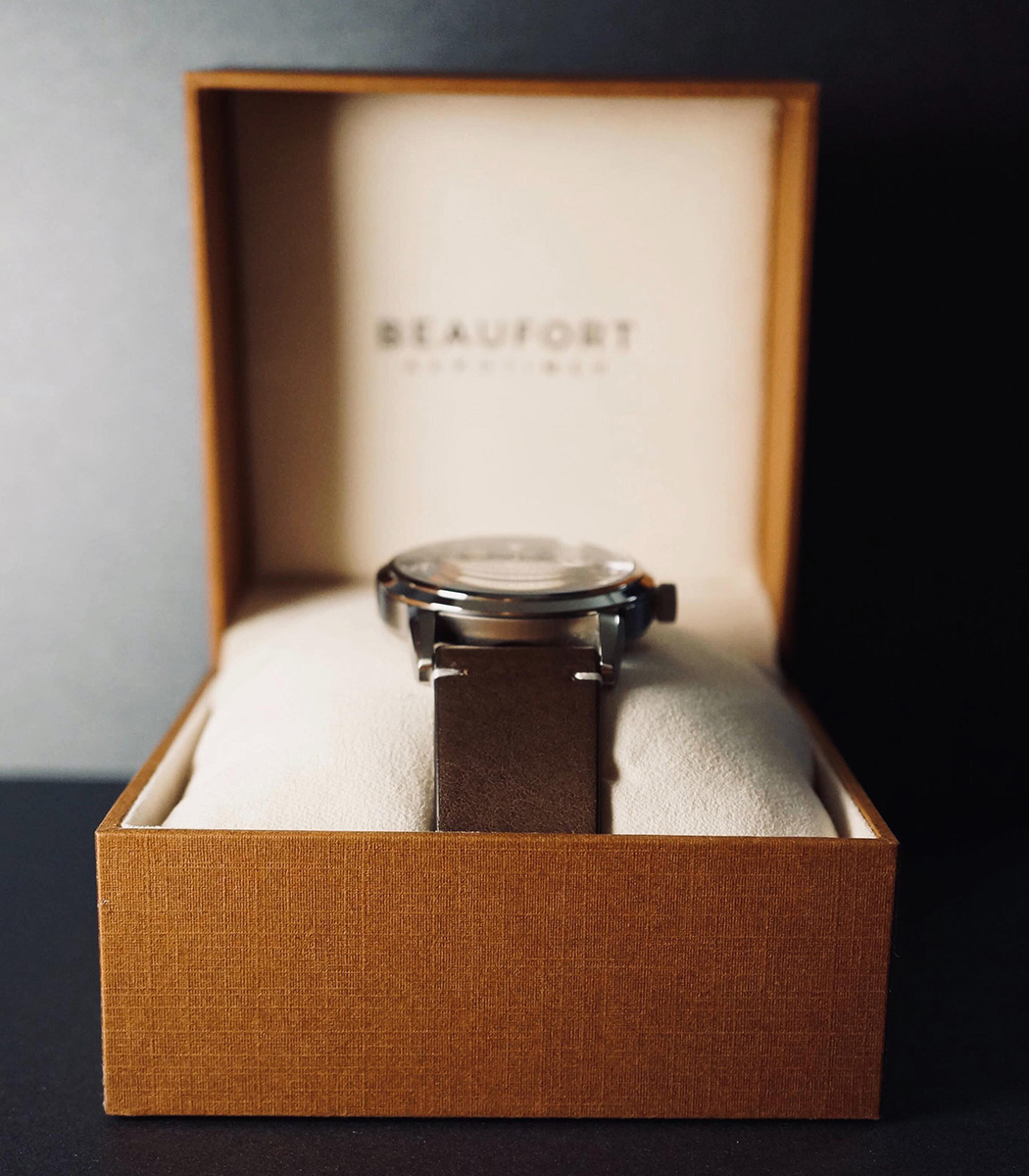 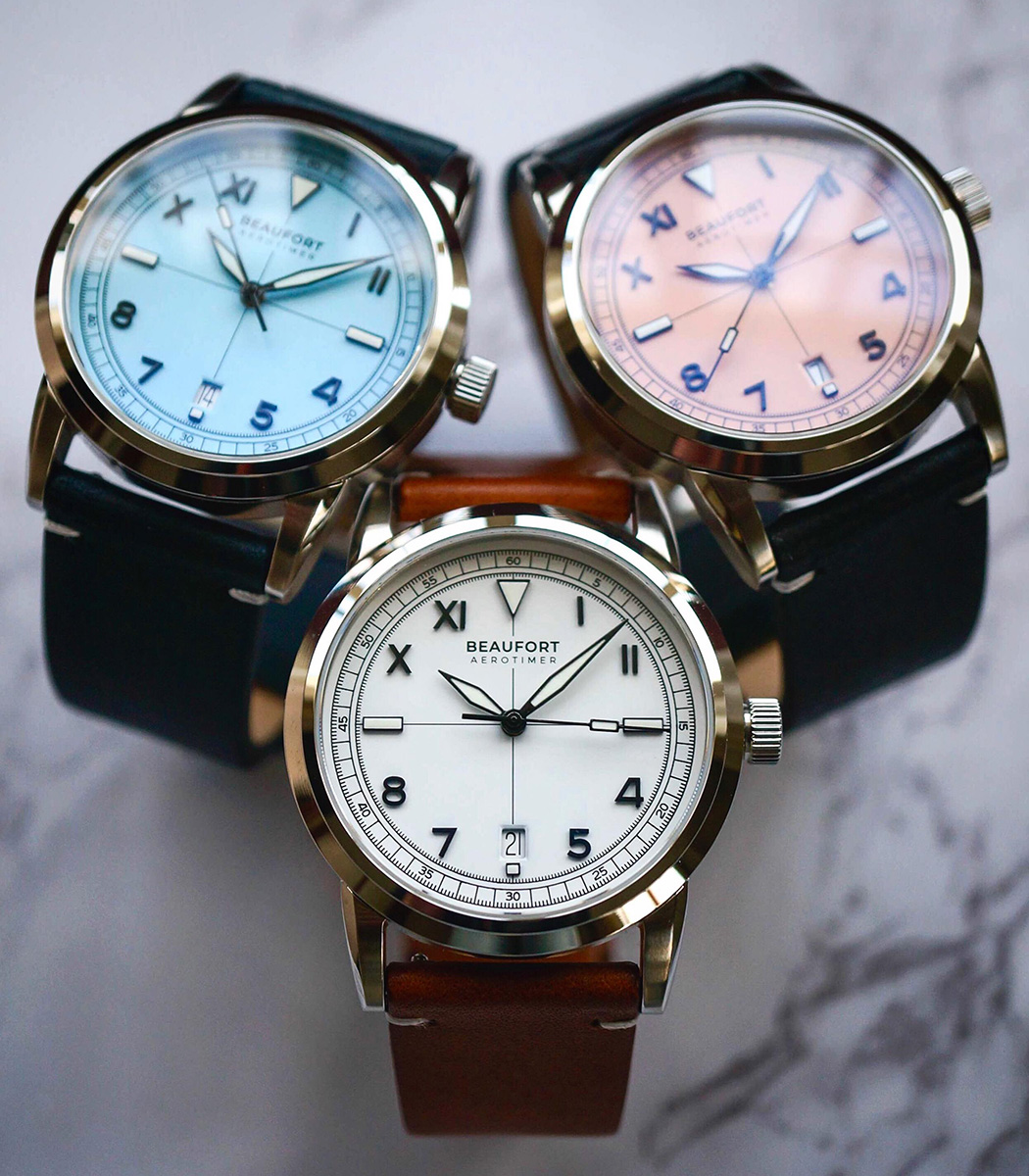 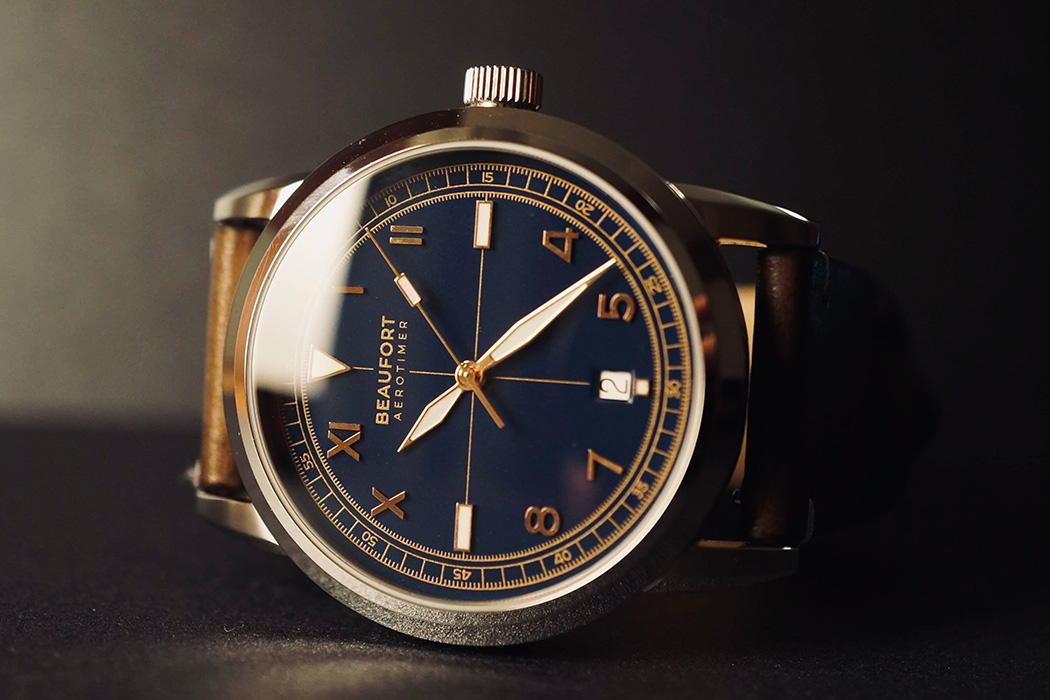 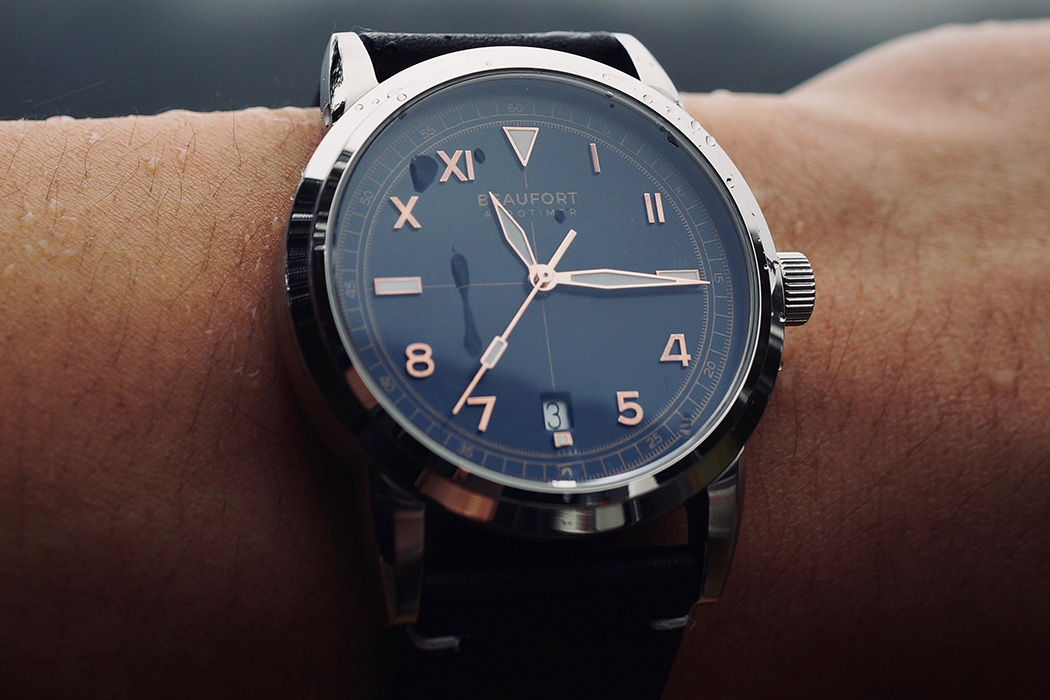 These posture-friendly designs are the ultimate solution to all your back + neck worries!

Work from home has many perks, but sitting in our chairs all day long, isn’t exactly a perk for our backs. Especially if you’re a…

Focusing on the importance of ergonomics and overall comfort needed by astronauts, Designer Herald J. Ureña’s goal in designing this space-helmet was to humanize the head-gear…

The holidays are upon us so we’ve teamed up with Cloak to give away their travel camera bag. Never miss a great photo opportunity again….