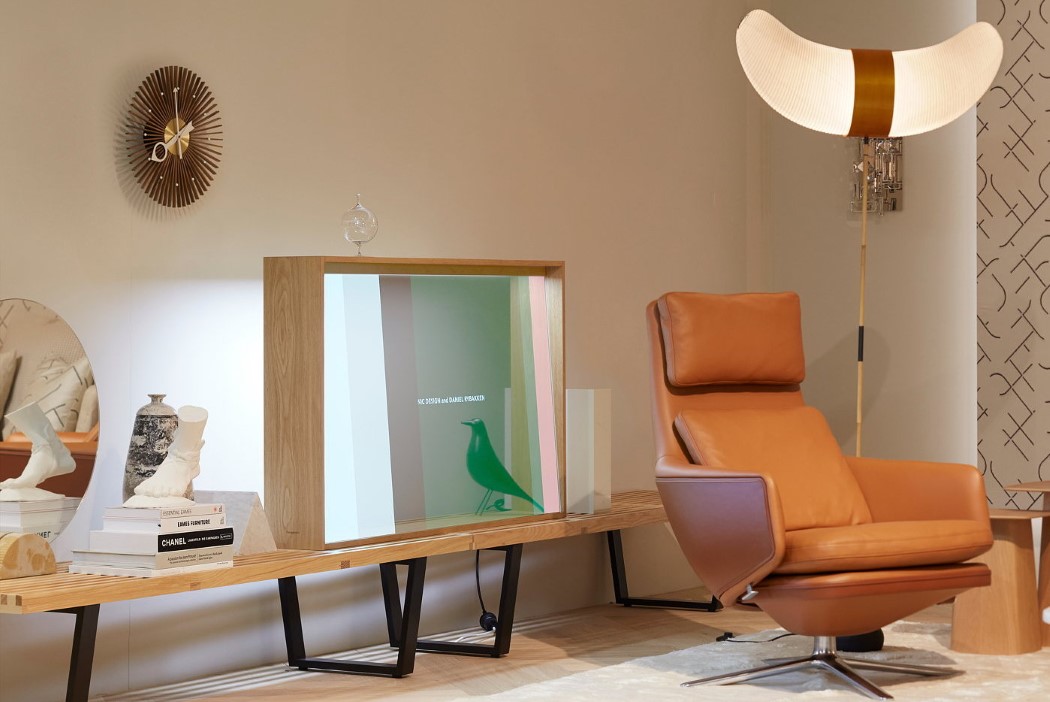 It looks like a Samsung Serif TV (and it sort of made its first appearance at the exact same place, the Milan Design Week), which inspired a wave of hate in me, but that dissipated as quickly as it rose when I learned more about what Panasonic’s actually trying to do. This is the Vitrine. It isn’t a TV, but it’s more of a smart glass cabinet. With a wooden frame on the outside, and an angular glass on the front, the Vitrine, co-created by Panasonic, Vitra, and designer Daniel Rybakken, was developed post two long years of R&D. What it essentially is an innocuous display that doesn’t demand attention, or space. Built with a transparent OLED screen integrated into the glass, the Vitrine combines art, design, and tech. Unlike most televisions that become a big black mass when switched off, the Vitrine oscillates between being a screen when switched on, and a clear case for the things behind it (books, toys, figurines, trophies, photographs) when off.

Panasonic hasn’t really outlined any solid use-cases for the Vitrine yet, but that’s probably because it exists as a single prototype with no launch-date. If paired with smart speakers, the Vitrine could deliver notifications, play visualizations while listening to music, or just display ambient artwork along with information like the time, calendar, or weather. The Vitrine is currently on display at Vitra’s stand (Booth B07/C12, Hall 20) at the Salone del Mobile in Milan until 14th April. 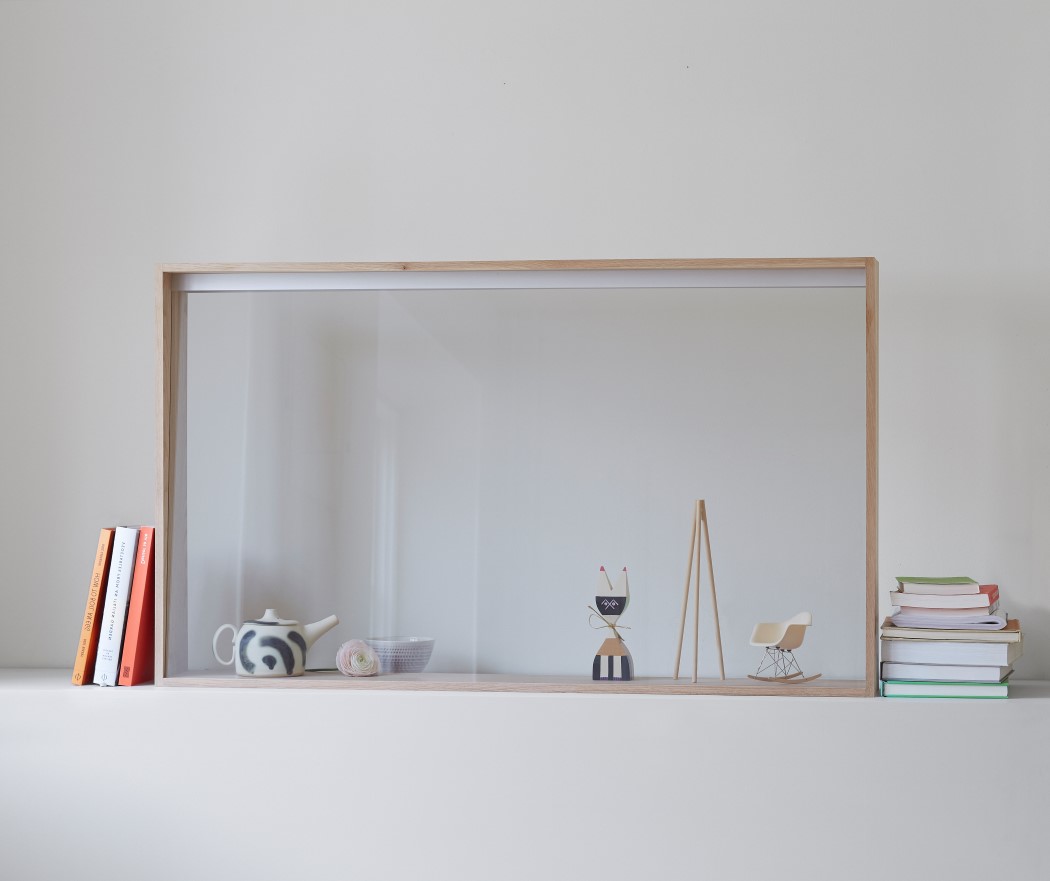 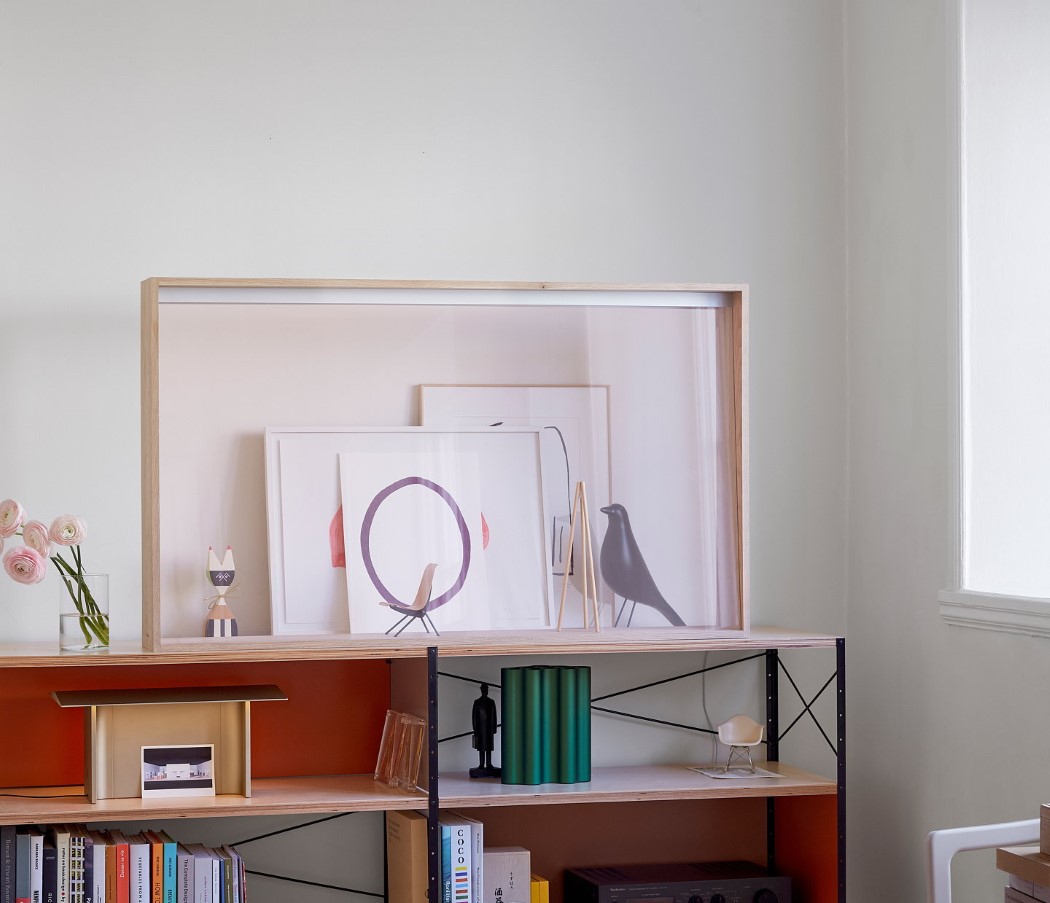 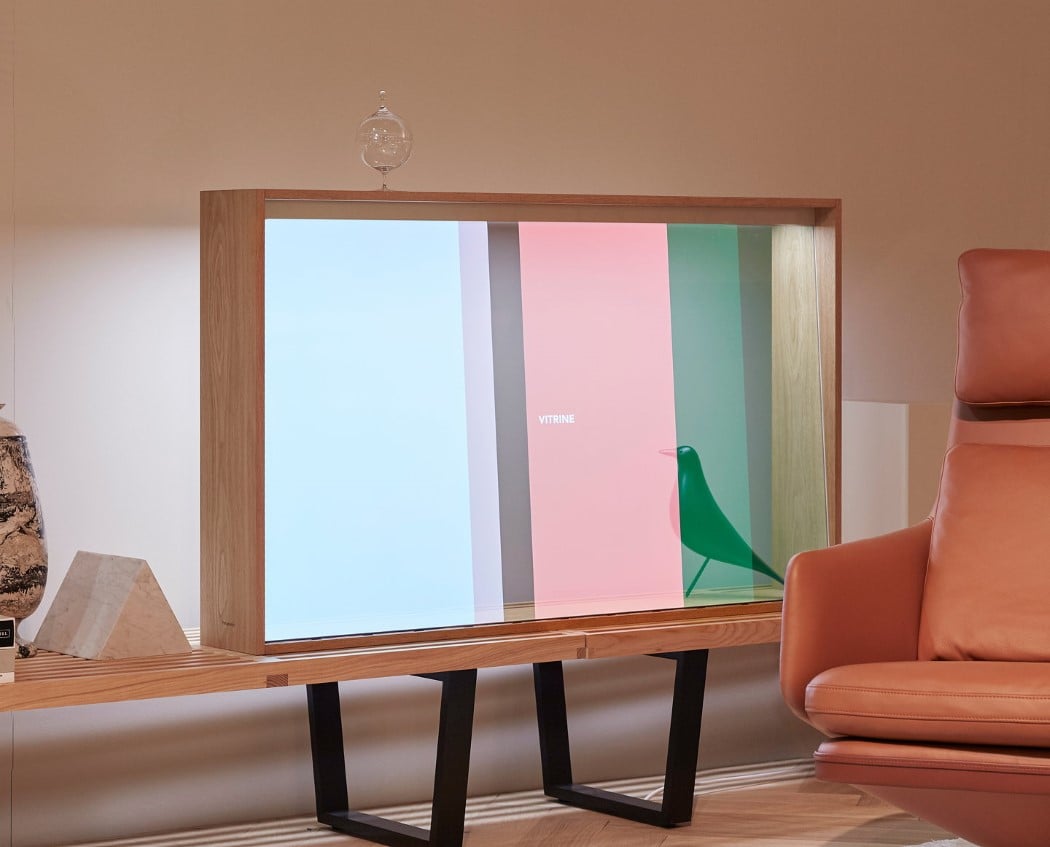 The Google Pixel 6 is coming; and with it, a barrage of hideous cases that completely destroy its beautiful aesthetic… because of that camera bump….

Home Audio Like You’ve Never Heard (Or Seen) It

Designer Chanmi Lee rethinks home entertainment in an all-new, never-before-seen format known as the Wind Sound Bar. Don’t be confused by the name, however… this…

A Zen Den for Your Furry Friend!

https://www.kickstarter.com/projects/435638876/pawd-pet-space-reinvented UPDATE: less than 24 hours left, grab yours now! Dramatic prelude aside, the video above does make a point about doggy crates. The metal…

People who live in fabric houses…

There’s no stubbing your toe against the threshold or accidentally bumping into the wall with the Breathe. This experimental home by SO-IL was debuted at…