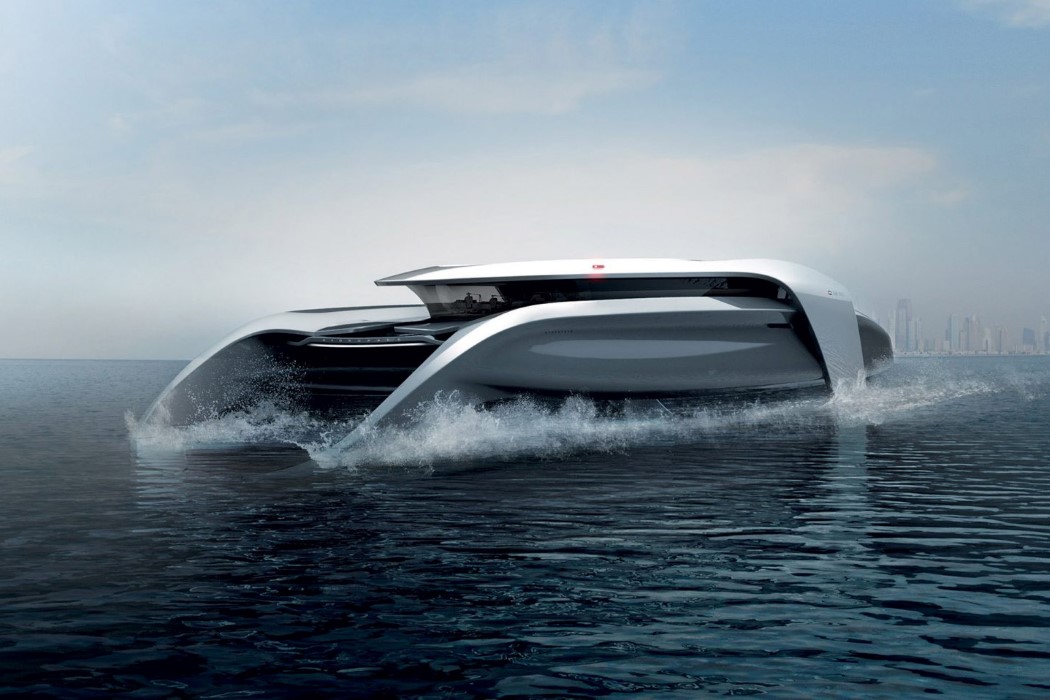 Cas Dahmen’s Hydropace definitely makes a case for the future of luxury travel. The concept hydrofoil-catamaran, smoothly glides on the surface of the water, carrying as many as 20 people in complete style (including two cabin crew members).

The Hydropace was designed to be used in urban coastal areas like the UAE in the year 2030, providing its services in the form of private and public transport for businessmen, tourists, or commuters. The twin-hulled catamaran comes with an electric drive, where an electric motor is powered by Li-ion batteries. Each of the two hulls contains a ducted fan, driven by the integrated electric motors. Compressed air travels out of the fan nozzle through the hull to the rear openings, where it is released into the air. Aside from being a zero-emissions, purely electric vehicle, the Hydropace is also self-driving, with level 5 autonomy, which means it requires no human intervention and does not even need any steering apparatus. This helps free up space at the front, where one would usually have the ship’s helm or steering wheel. The absence of any steering system enables the interiors to be more open and spacious. With a 40 meter long cabin, luxurious seating, and a glass sky-roof, the passengers are given complete panoramic views of the surroundings, with ample natural lighting too. Each seating pod is also equipped with a transparent screen and touch-sensitive control pad, allowing passengers to access in-ship entertainment systems. If that isn’t the future of luxury, I don’t know what is! 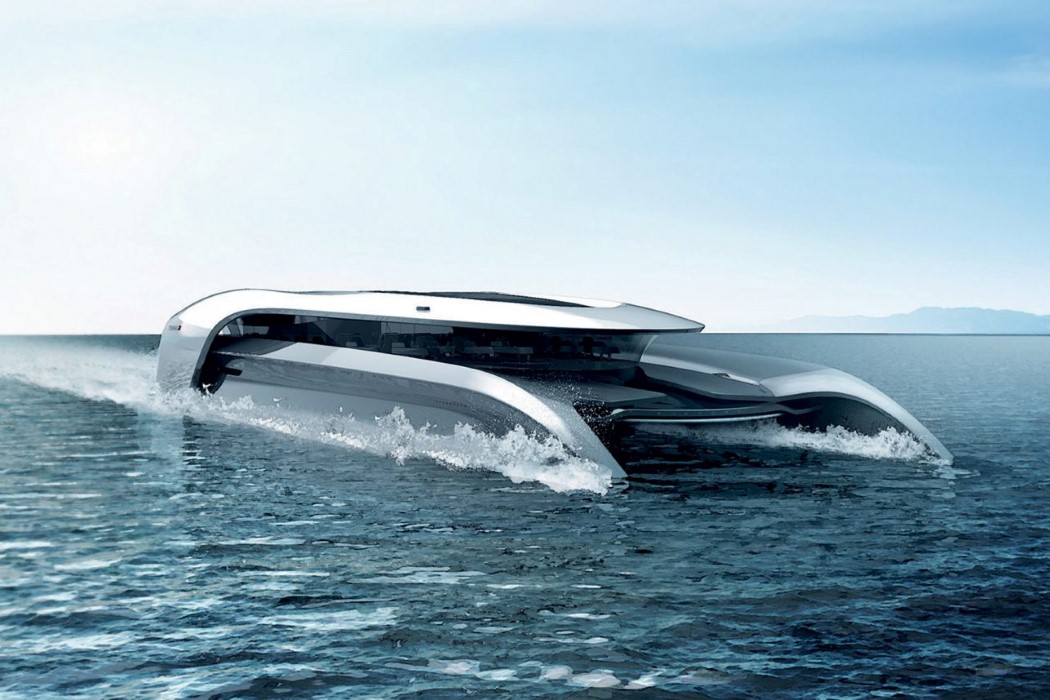 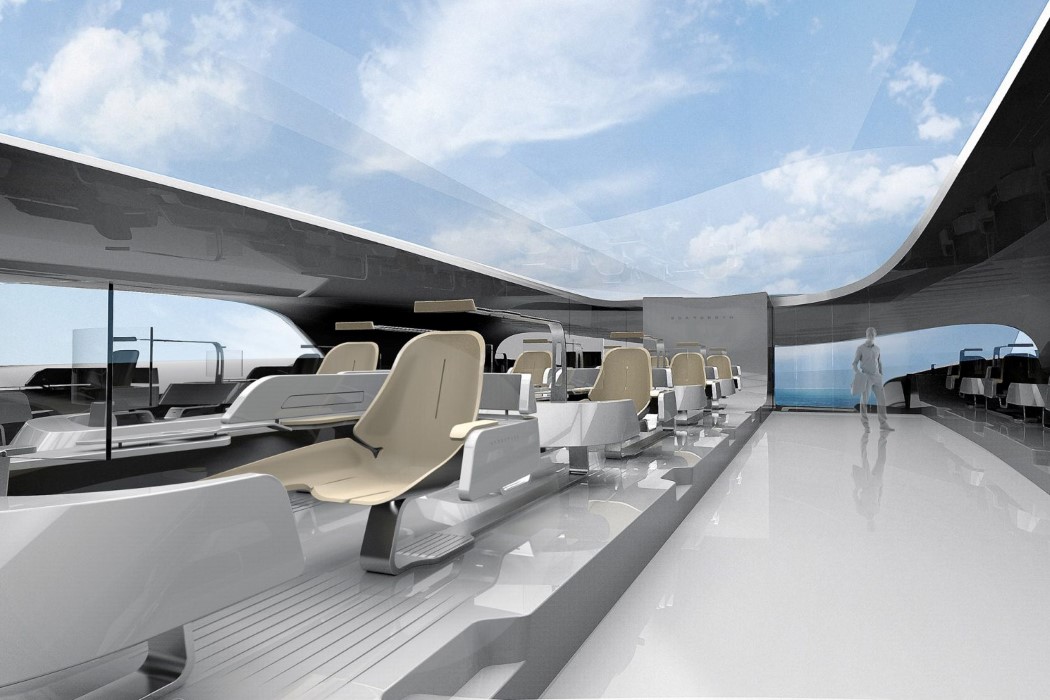 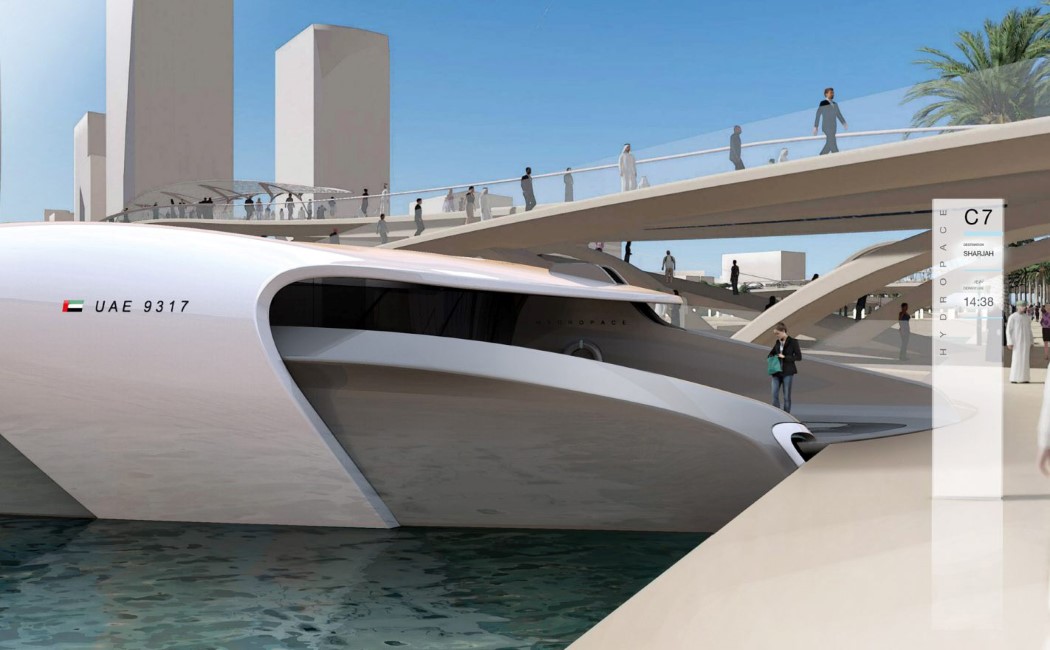 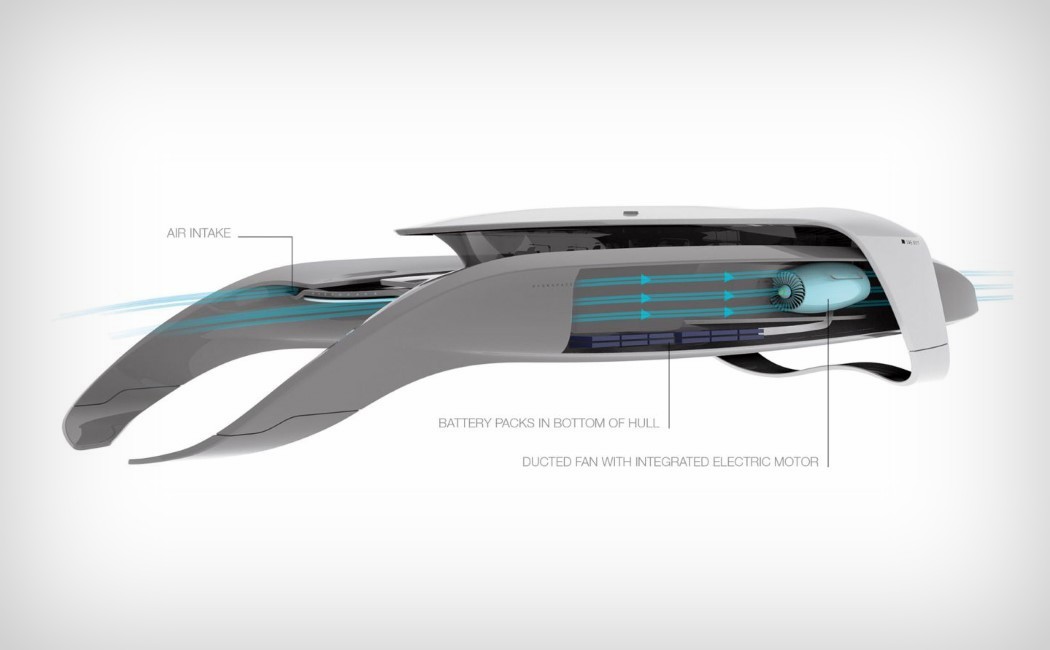 Power up! While you’re jamming on down 1st Avenue, swinging from the bus poles on those hangers they’ve got there, what kind of power are…

Ever wanted to fly just inches from the ground?! Ok, me neither. But after checking out this concept, you might just wanna give it a…

The forward control lightweight Volkswagen Type 2 (a.k.a. Bulli Transporter, Kombi or Microbus) burst into the scene in 1950, and by 1960 it soared in…