Designed to spin at a break-neck 3600 RPM, plated with real gold, and with not one, but two halos, the Halospheres isn’t some lowly fidget toy. Designed to look positively heavenly, the Halospheres has a premium touch, making it fit for a CEO or Senior Executive’s work desk, replacing the Newton’s Cradle most desks usually have.

The Halospheres comprises two gold-plated spheres that rest against a smooth, non-scratch platform. Spin the Halospheres with your hand, and accelerate them further with the metal straw provided, and you notice something unusual. One metal ball lifts upwards, spinning in midair. At the kinds of speeds the spheres spin at, it’s virtually impossible to see the two spheres, but what you do see is a swirl of reflections off the metal balls… and since one of them is in mid-air, you see two distinct halos (swirls of light) appear pretty much out of nowhere.

The Halospheres isn’t just a spinning toy. It demonstrates a physical phenomenon called the Magnus effect (visible when a football curves when kicked, or a baseball takes a curved trajectory when launched). When both spheres spin together, one of them lifts off the surface, spinning in mid-air. When the two incredibly smooth and shiny balls spin on two different vertical plains, they create halos caused by the lights in the room shining on them. The fact that both spheres spin on different plains at speeds of 3600 RPM creates these halos since the human eye can’t really track the spinning sphere anymore and all they see are blurs of light.

The Halospheres box set comes with the spinning platform, two gold-plated metal spheres, the spinning platform, and the metal straw. Designed to move 10 times faster and look a 100 times better than a fidget spinner, the Halospheres make for great breaks between work, and look absolutely hypnotic both when static and spinning… and with two golden halos that characterize it, it wouldn’t be too far-fetched to call it the king of fidget spinners! 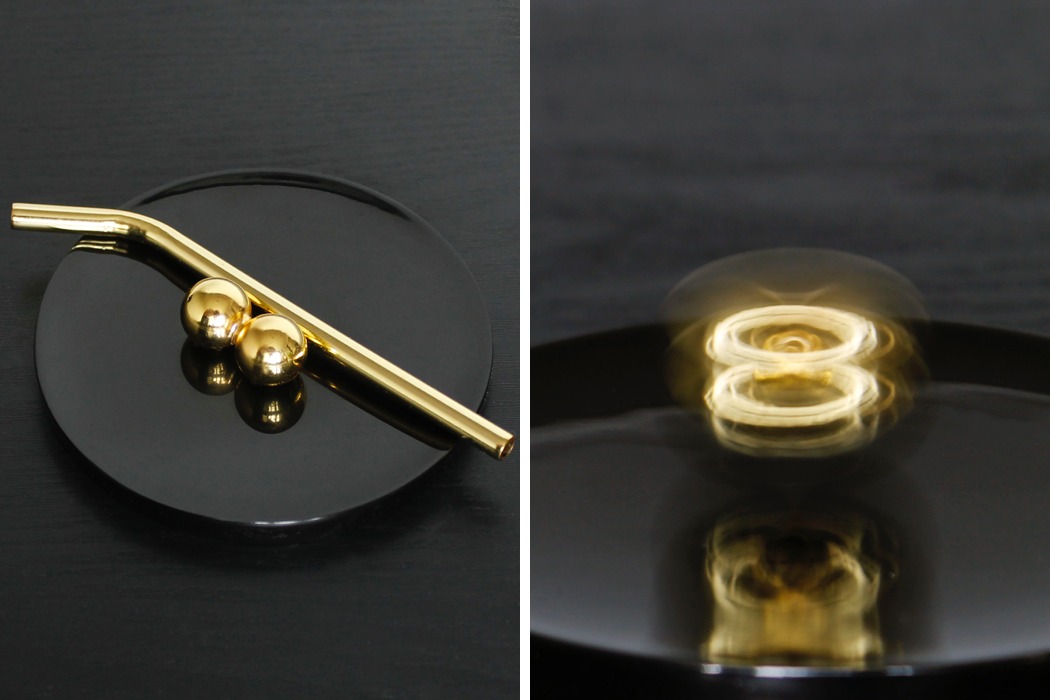 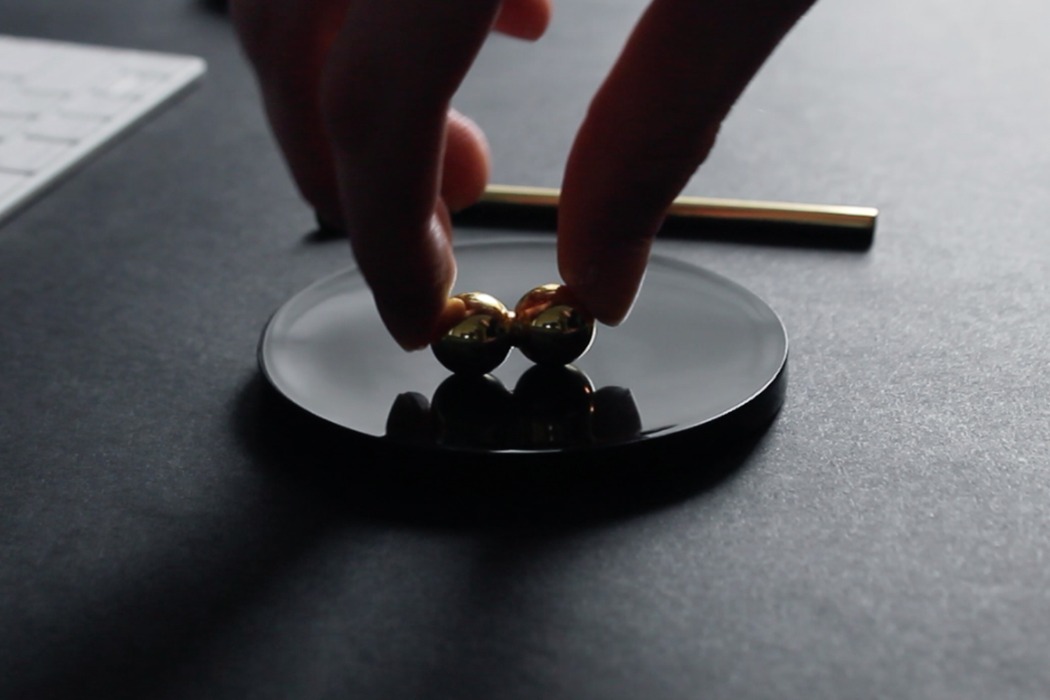 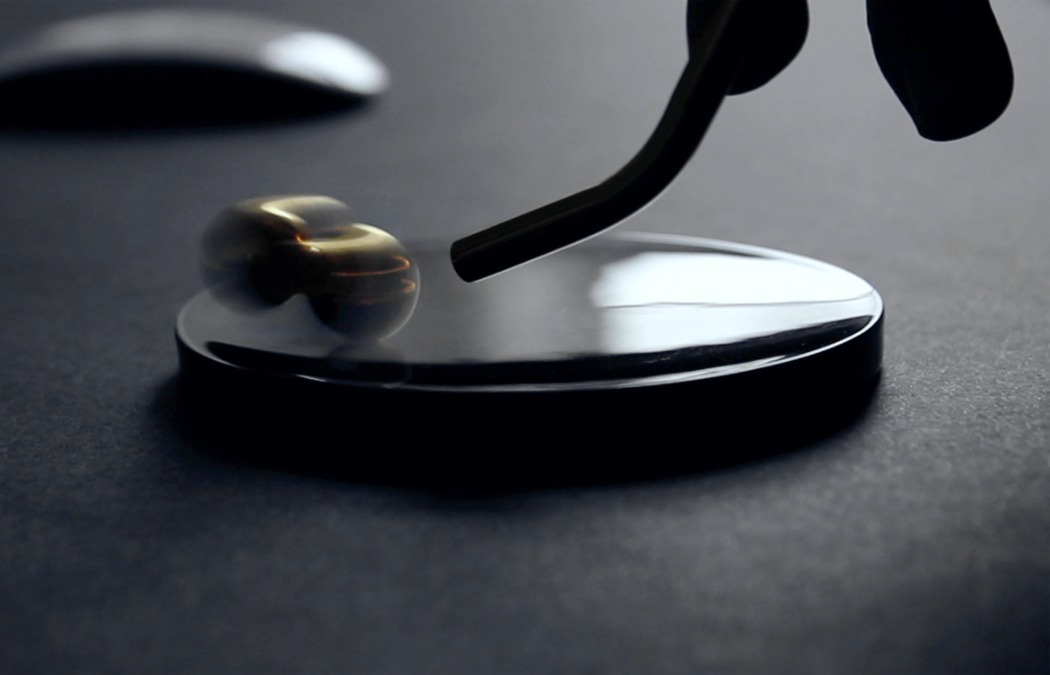 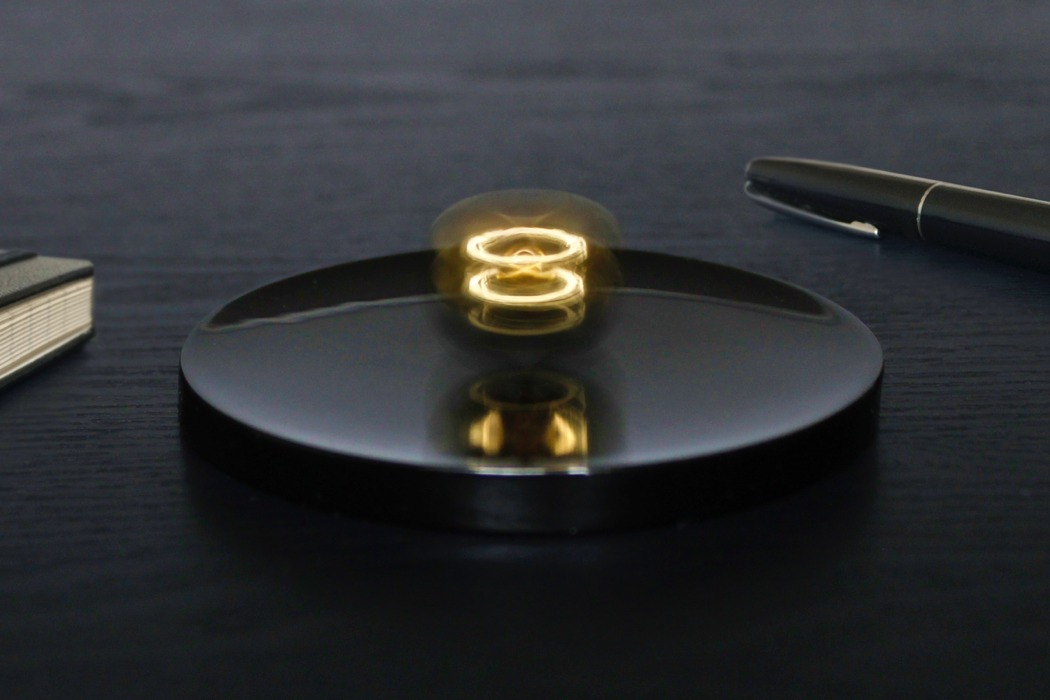 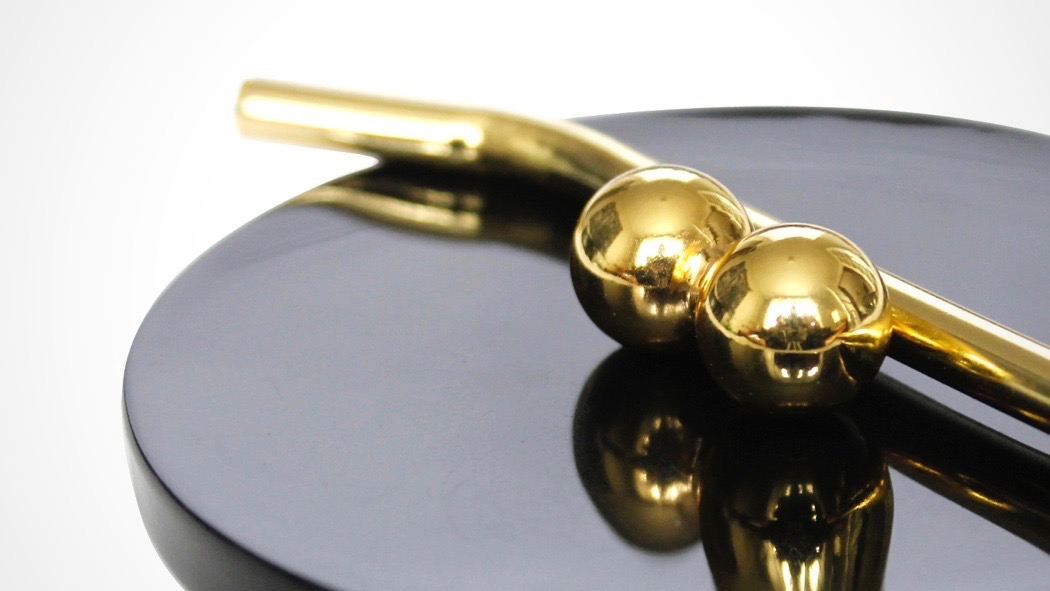 The Halospheres are first cast from stainless steel and then polished to a mirror finish. After which, they are plated with real gold for that characteristic halo hue. 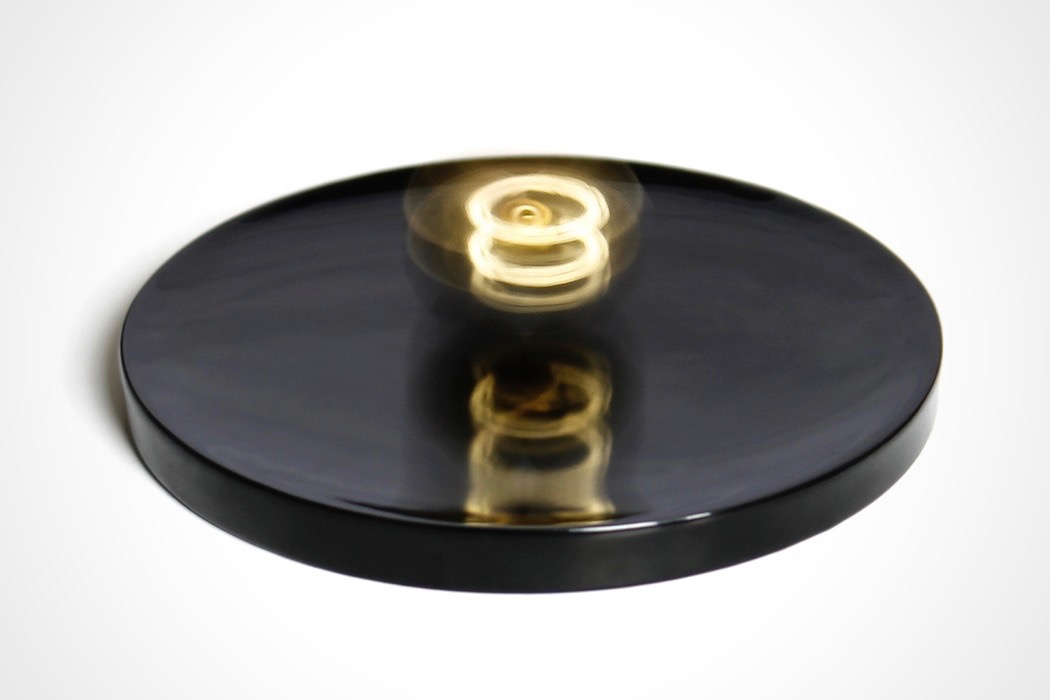 The spinning plate is hand cast in concave form from black resin and then highly polished, resulting in a perfect pairing for both performance and aesthetics.

How does it work?

As it spins on its centre axis on the concave plate, it also rolls like a wheel, which generates a lift force on one sphere raising it into the air – much like forces at play on a curveball. This is known as the Magnus effect.

This reduced friction together with its high relative mass and angular momentum, allows the Halospheres to accelerate to extreme velocities.

The halo effects themselves are a result of its spherical shape. Each sphere creates a pinpoint light reflection in its mirrored finish from any significant light source in the room – be it light from windows, lamps or flashlights. As it spins at great speed, the pinpoint reflections blend together to our eye, creating its characteristic halo effects. 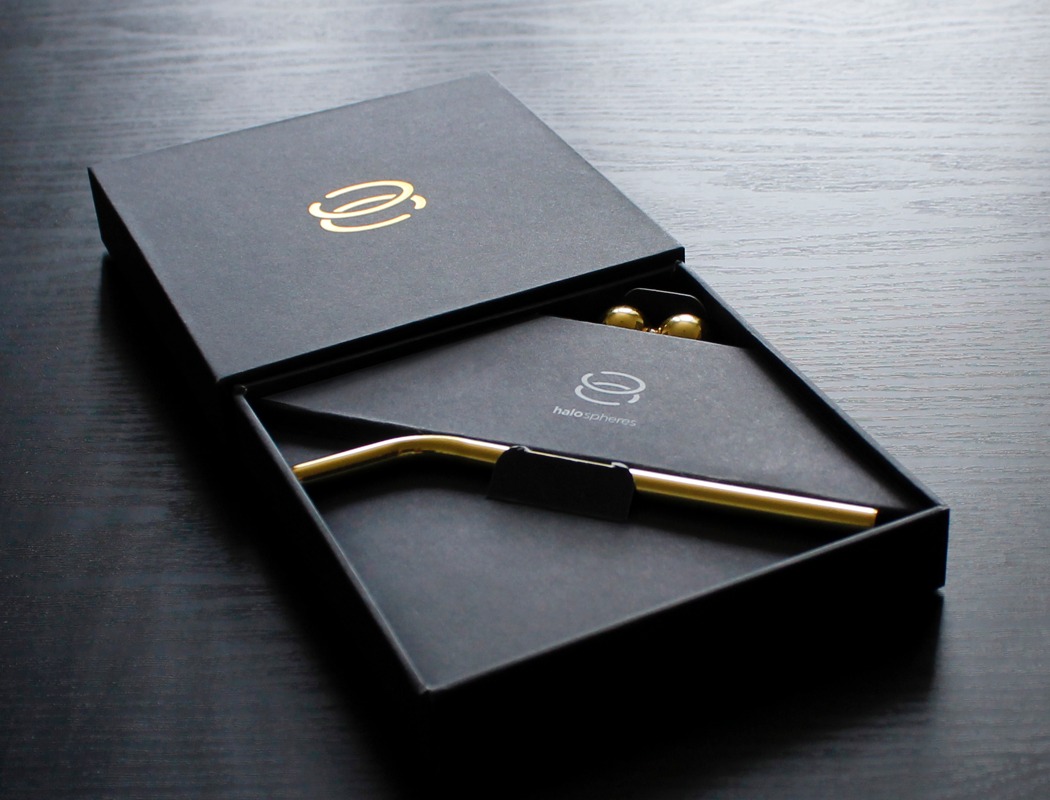 CoverFi is a portable wireless router that resolves a number of issues like low battery levels and charging inconveniences. The smart device uses solar energy…

This house was designed to adapt to the rising sea levels!

With the rising sea levels coastal communities are first in the line of fire (or should I say water?). Architecture is adapting itself to be…