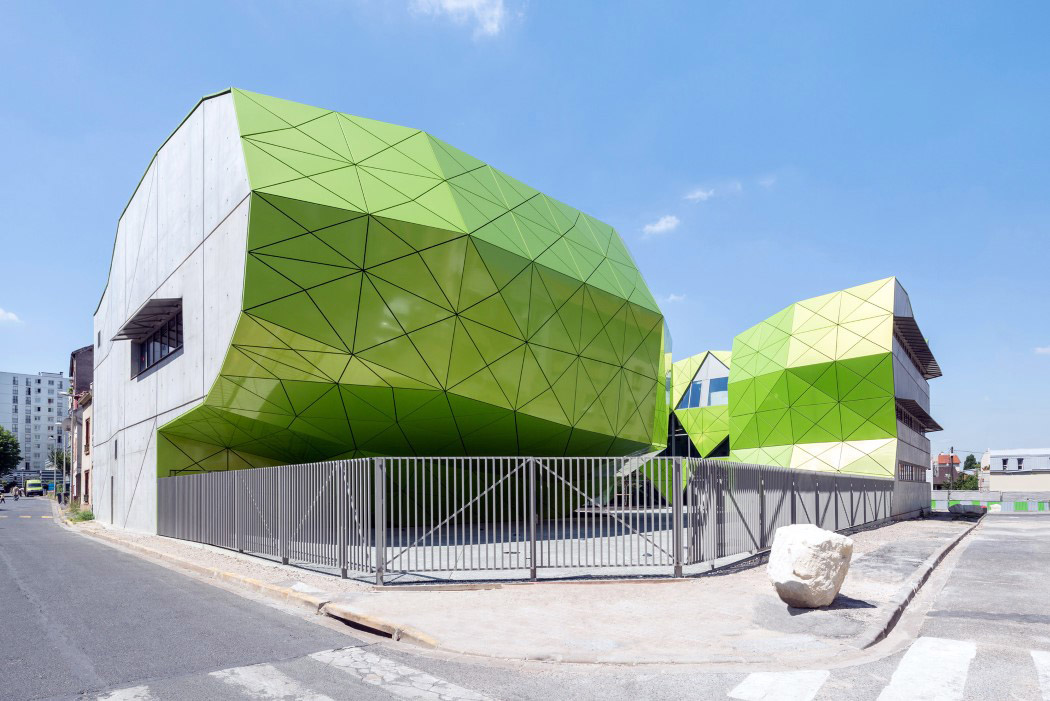 Standing out wonderfully against the otherwise traditional neighborhood of Noisy-le-Sec is the bright green building of the Conservatoire, a Music, Dance, and Drama school in an eastern suburb of Paris. Designers Jakob and Macfarlane created a building that embodied the fluid movement of a dancer, but retained the polygonal structural element to represent structure in the arts.

The building has two divisions, namely the school, and the performance area/auditorium. While the insides of the building have a gray color scheme allowing the architecture to take the background, on the outside, powder coated apple green metal panels help attract attention to the building that is supposed to be the beacon of art and culture. The panels come in a bright, vibrant green, with hints of orange, gold and yellow mixed into it, allowing the color to mildly change at different times of the day when viewed from different angles, creating a building that in itself not only resembles and embodies uniqueness and change, but even changes in its appearance ever so slightly to create architecture that is as wonderfully dynamic as the performing arts! 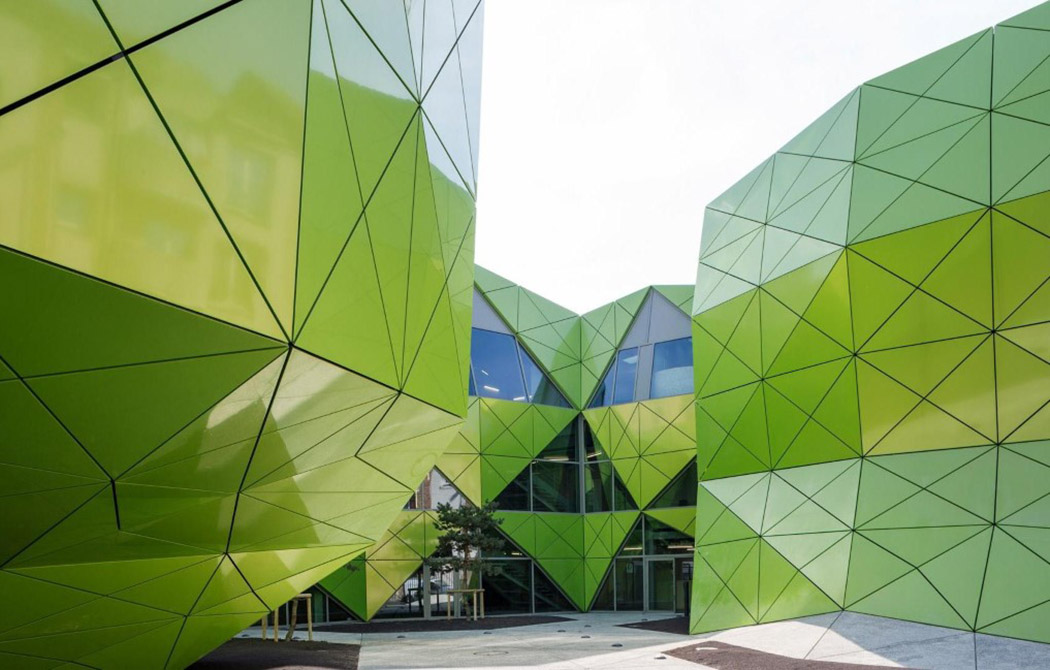 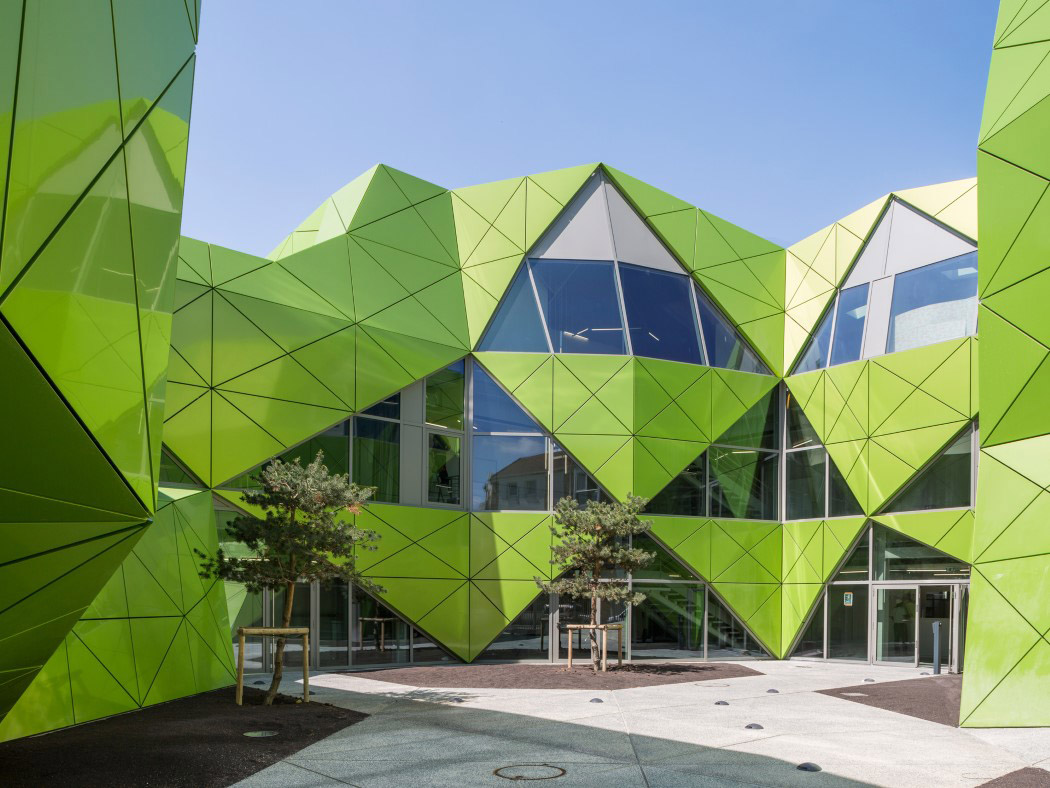 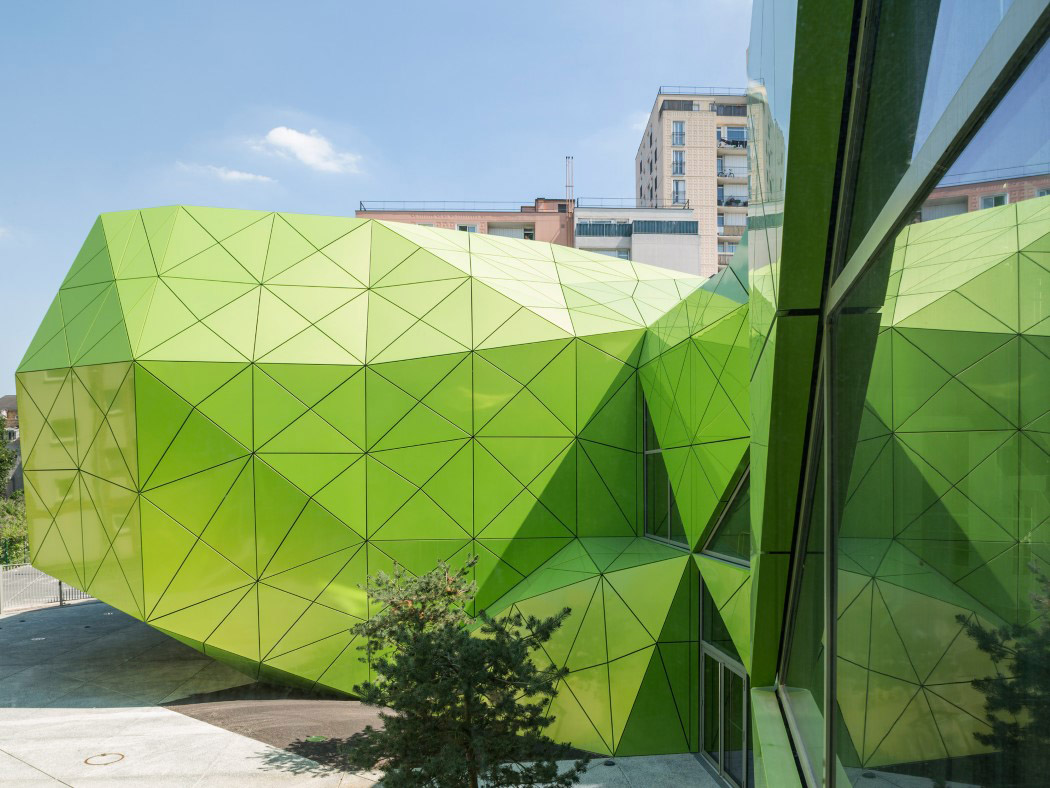 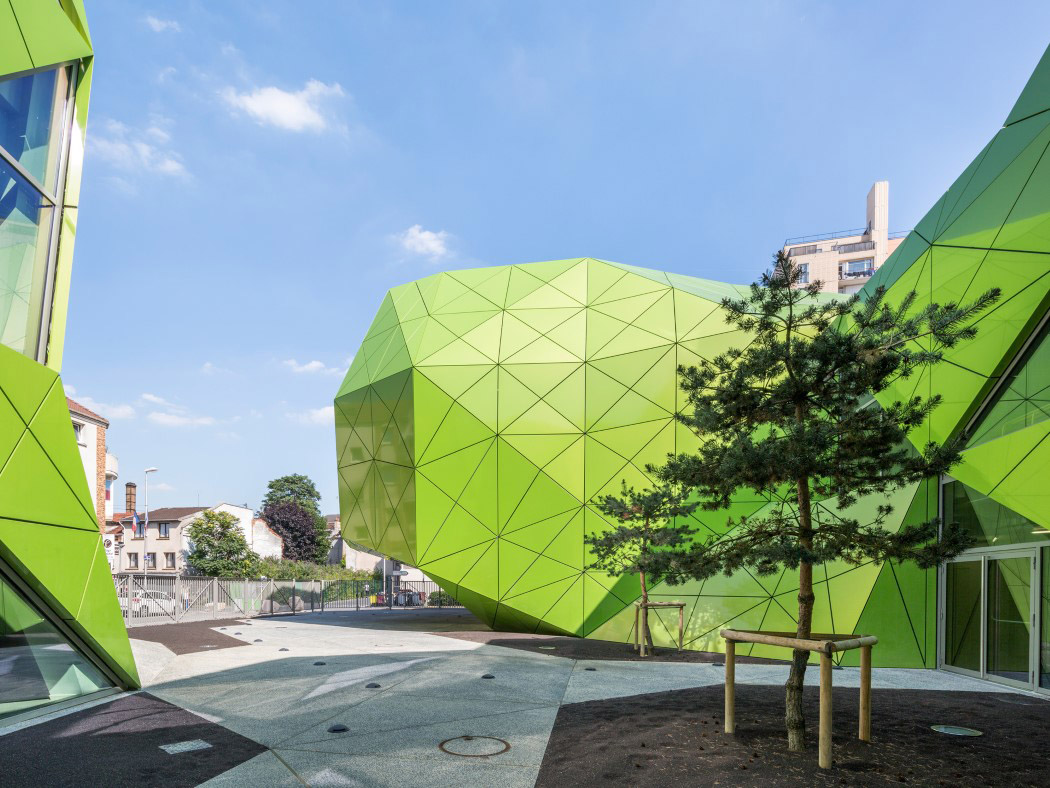 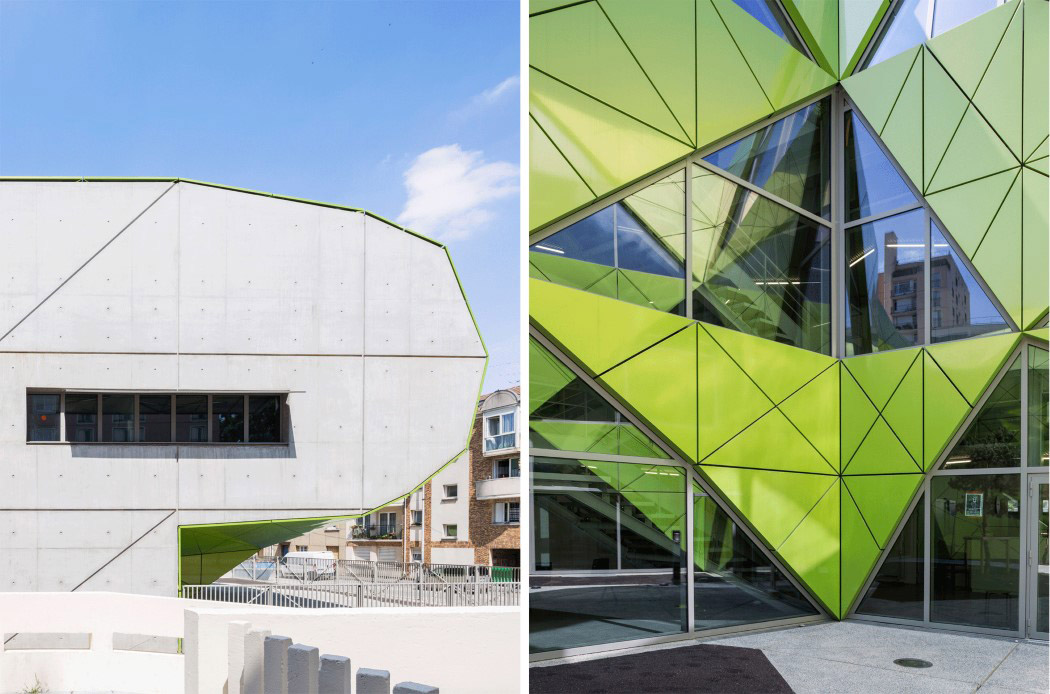 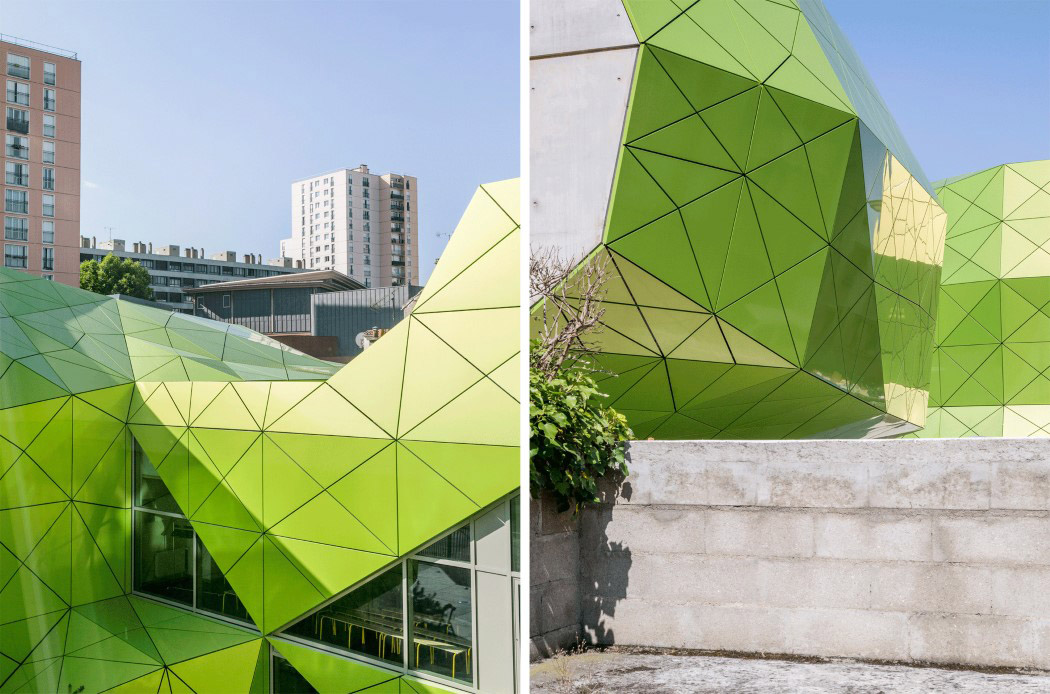 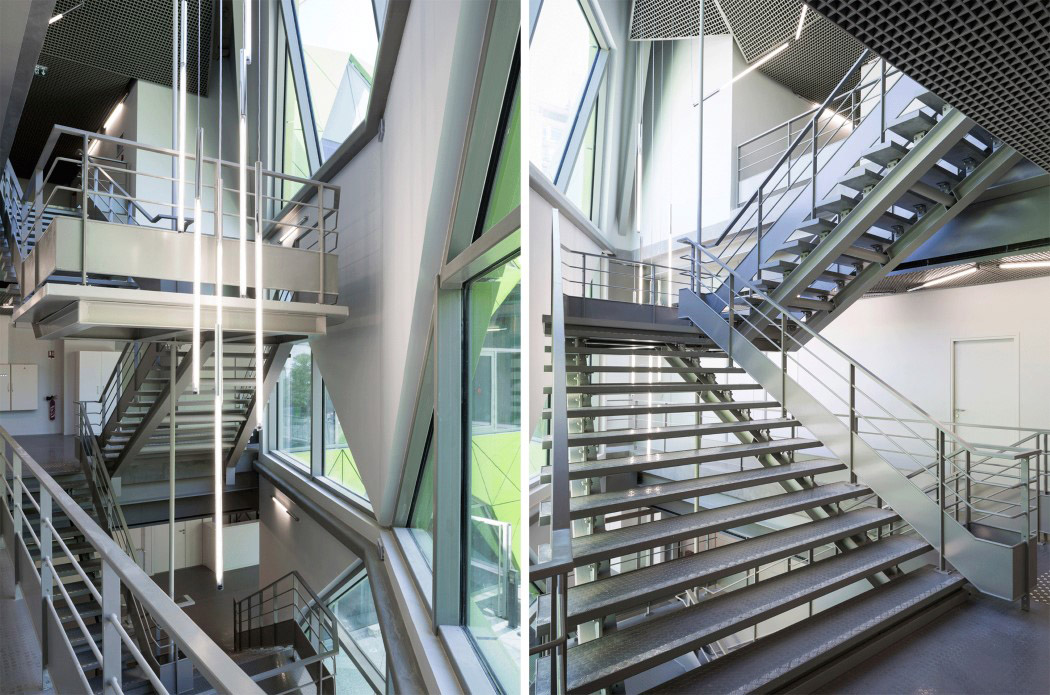 This tiny home features an open-plan layout and solar system for off-grid living!

Kingfisher is a tiny home from the New Zealand-based tiny home company, Build Tiny, that doesn’t feel so tiny on the inside, featuring room for…

There is perhaps no better way to get people talking about protecting marine life than with a giant fish eye floating on water, staring accusingly…