The Google Pixel 2 event on Wednesday was jam-packed full of funky new gadgets – some of them blew us away, some of them were to be expected (yawn). If you didn’t catch the release or just weren’t too bothered, I’ll tell you in short what was released – the next iteration of the flagship smartphone called the Pixel 2, two new Home speakers/assistants called the Home Mini and the Home Max and a new laptop called the Pixelbook – a cross between a Lenovo Yoga laptop and Microsoft’s Surface Book. Also thrown in there was a rather creepy camera called the Clips (I’ll explain later why it’s creepy but cool), a revamped VR headset and the very cool and exciting, google pixel buds that translate foreign words into your own language in real time.

Now that my long-winded introduction is complete, let’s get down to business and look a little deeper on the design side of some of these devices – having a good understanding that Google hasn’t always been known for their hardware. 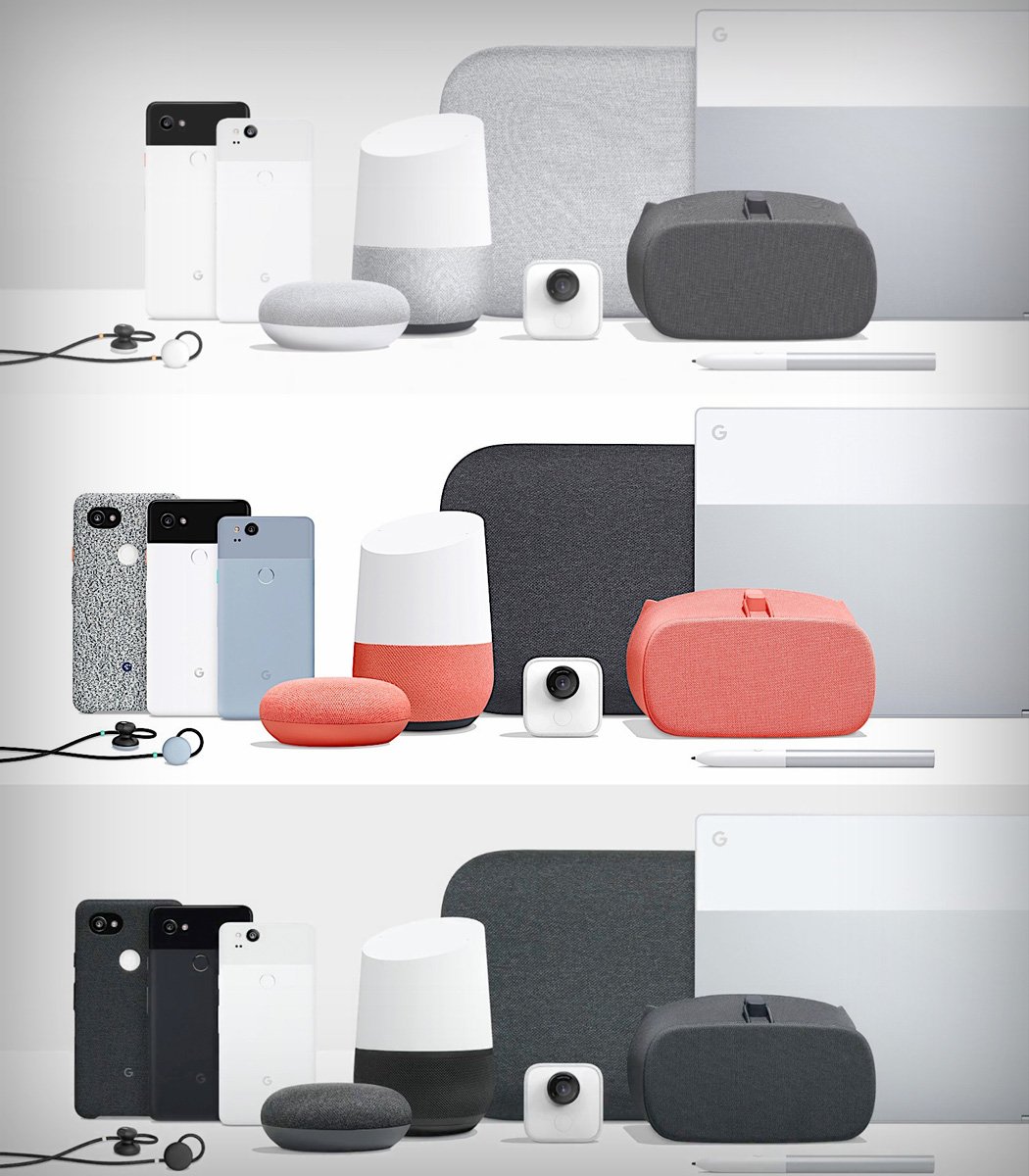 Ok, let’s start with the Google Pixel 2 and Pixel 2XL. What is most noticeable about the Pixel 2 are the giant bezels both above and below the screen. Although the screen does run relatively edge to edge, the bezel takes up a large part of the interface, this is solely due to the implementation of a front-facing speaker system google have chosen to go with. Whereby the Pixel 2 XL has a much larger screen of course, but the bezel is dramatically smaller, similar to that of a Samsung phone, with a more rounded edge than the pixel 2 and a truly more attractive façade overall. 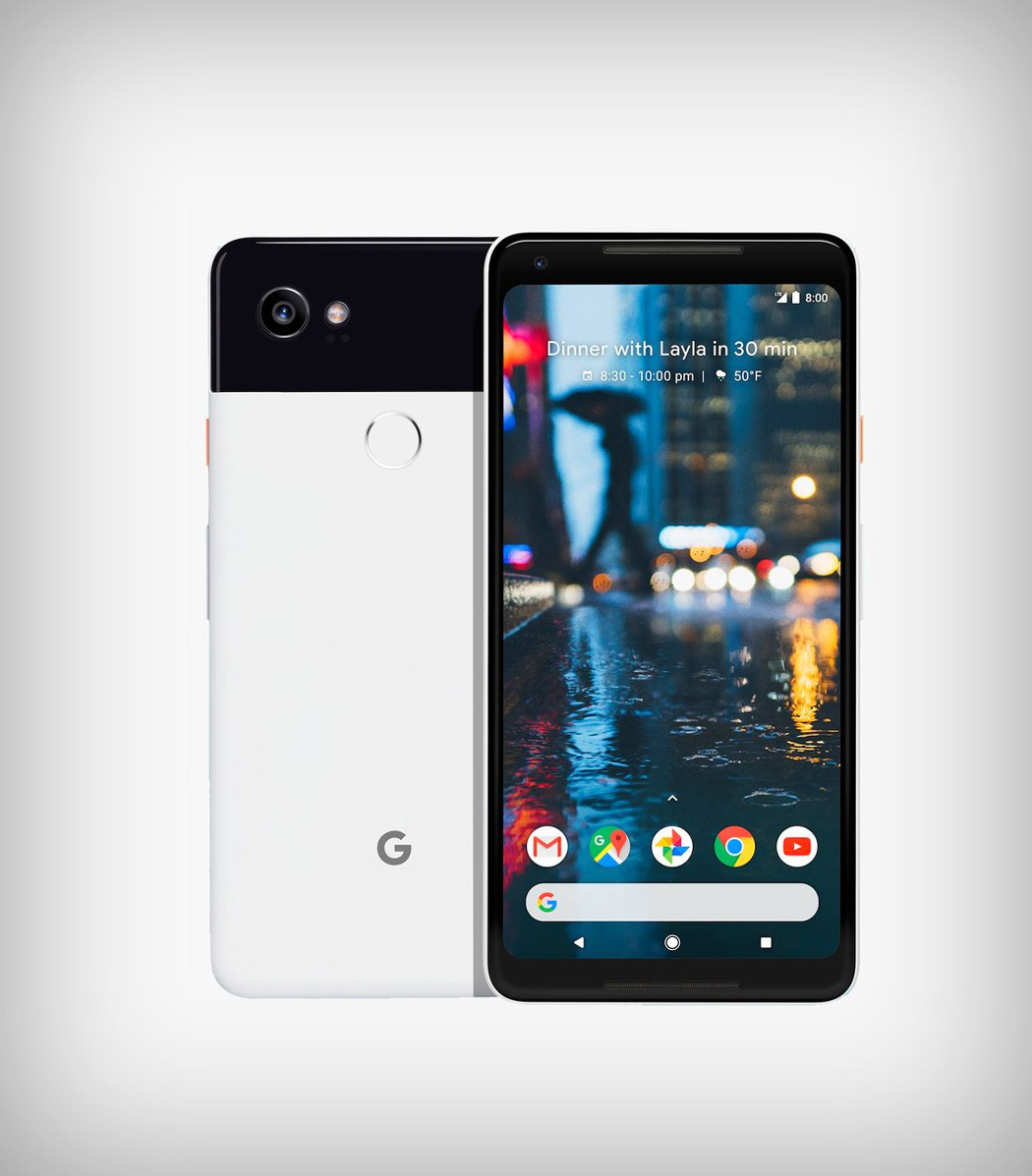 The rear aesthetic of the Pixel 2 and 2 XL are near identical to the first generation, however this time the glass is pushed higher above the fingerprint scanner, adding an element of the phone somewhat being elongated. Alike other smartphones, the Google Pixel 2 and 2 XL are charged using a USB-C and no other ports, giving the user no options other than using the provided dongle or going wireless. Without ‘nerding’ out too much, the camera has what is called dual-pixels, which helps take better pictures using one camera instead of needing two cameras. It takes the same photo essentially but with two pixels, microns apart. This is able to focus the foreground and blur out the background, called portrait mode. For more information about the crazy features this guy is packed full of (and believe me he is packed full of them, including Optical Image Stabilization) please check out their release event. 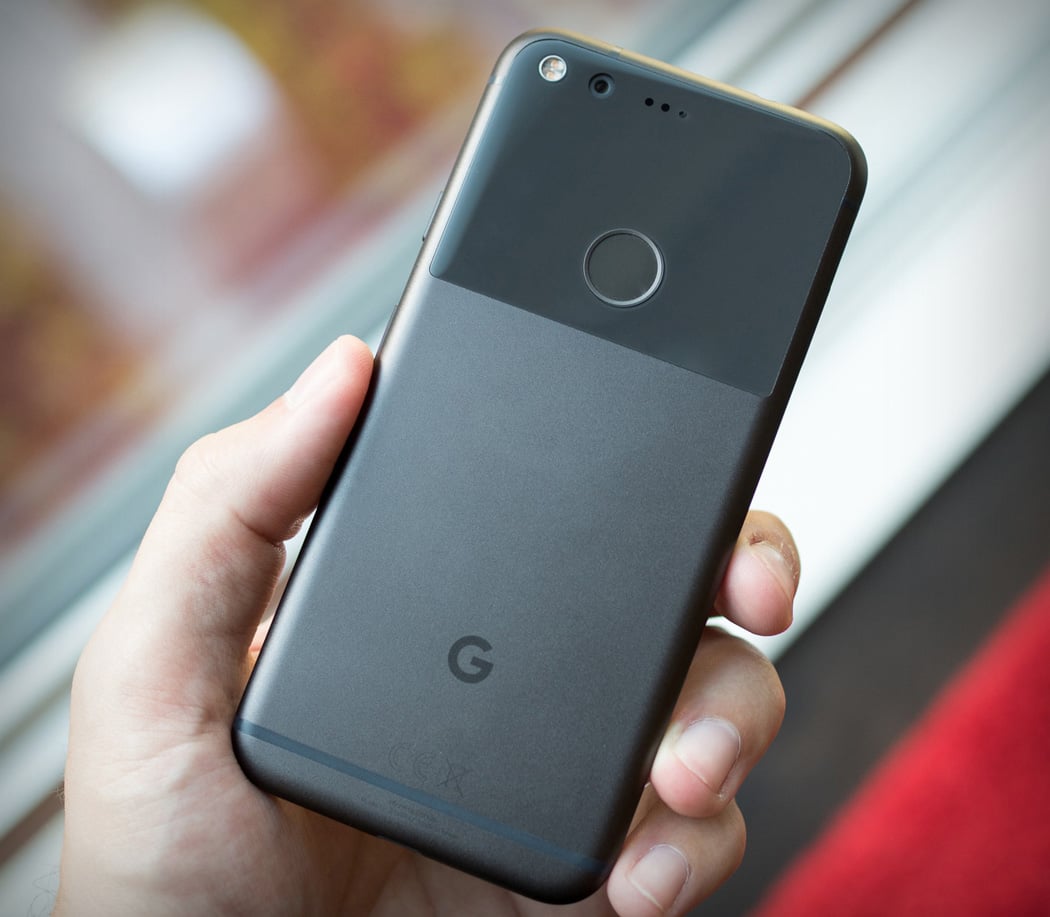 The Google Clips is a digital camera that takes pictures FOR you. Let that sink in for a minute. Using Google’s A.I., the Clips works like this – twisting the lens will activate it, then you set it down and just forget about it. Clips then watches everything it sees in its 130- degree field of view and records a number of seven-second “live” images of stuff it finds interesting. It learns faces over time and does its best to take more photos of those people and fewer photos of strangers – what’s fascinating is that it can even recognize pets. The mission behind the Clips is not to clip it to yourself, but in fact leave it around to catch moments of beauty that would otherwise go unnoticed. 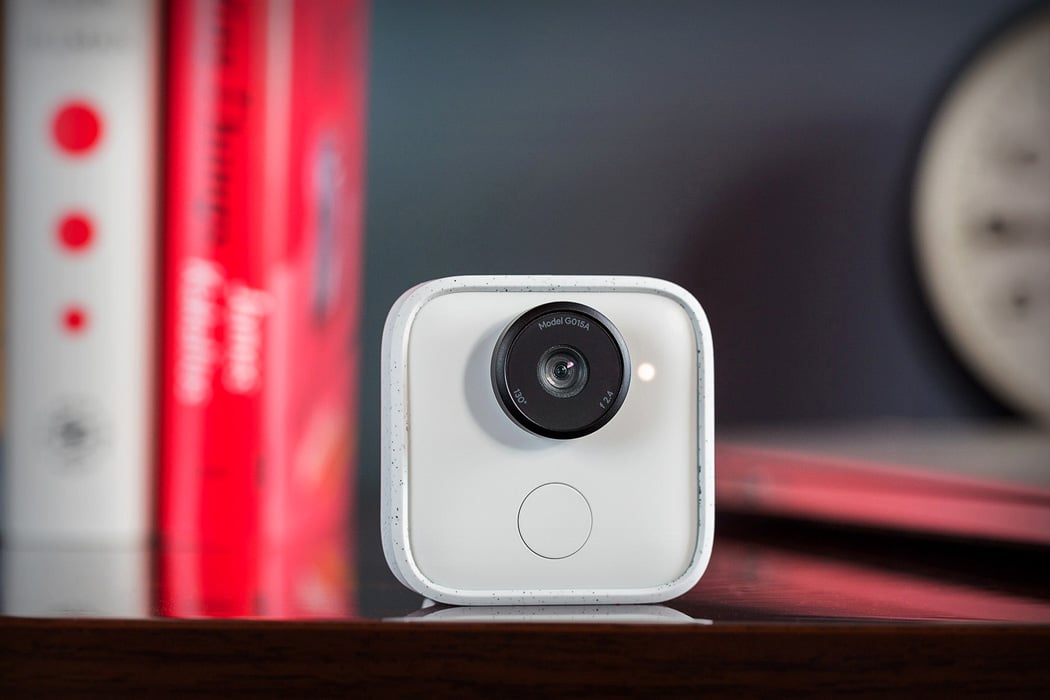 Regarding its adorable design, the Google Clips clearly looks like a recording device – with an LED located on the front alongside its 12-megapixel camera and 8GB of storage. There is a shutter button located just below the camera for the moments you don’t want to chance A.I. missing them. With a rounded shell-like cover which makes up the outer sides and the back, the Google Clips is accented with a minty green/teal color which makes for quite a playful and approachable product. Accompanied by a truly easy-to-use interface and app, the Google Clips comes with a funky clip to attach the Clips to most environments. The Google Clips may be a hard sell but you can’t say that it’s not incredibly exciting and a nice looking piece of hardware too. If these products are anything to go off regarding the future of Google’s hardware movement, I’d say things are looking pretty damn good! 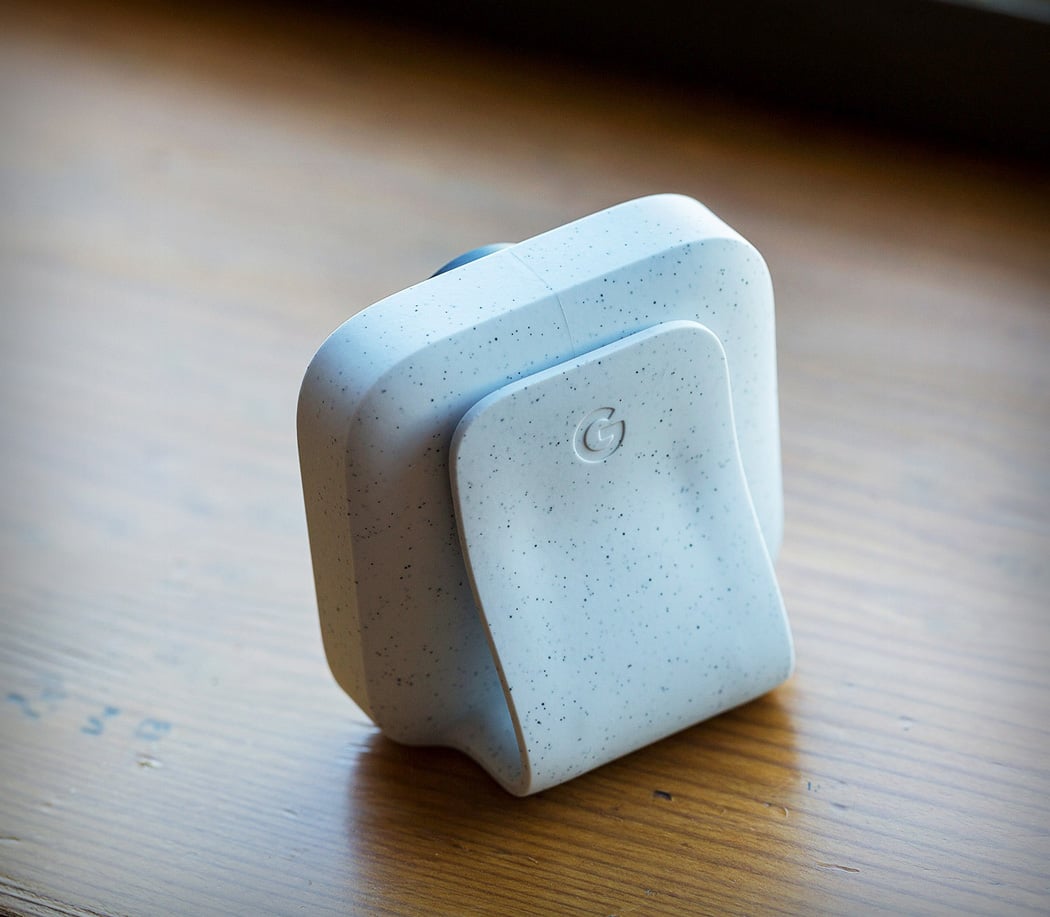 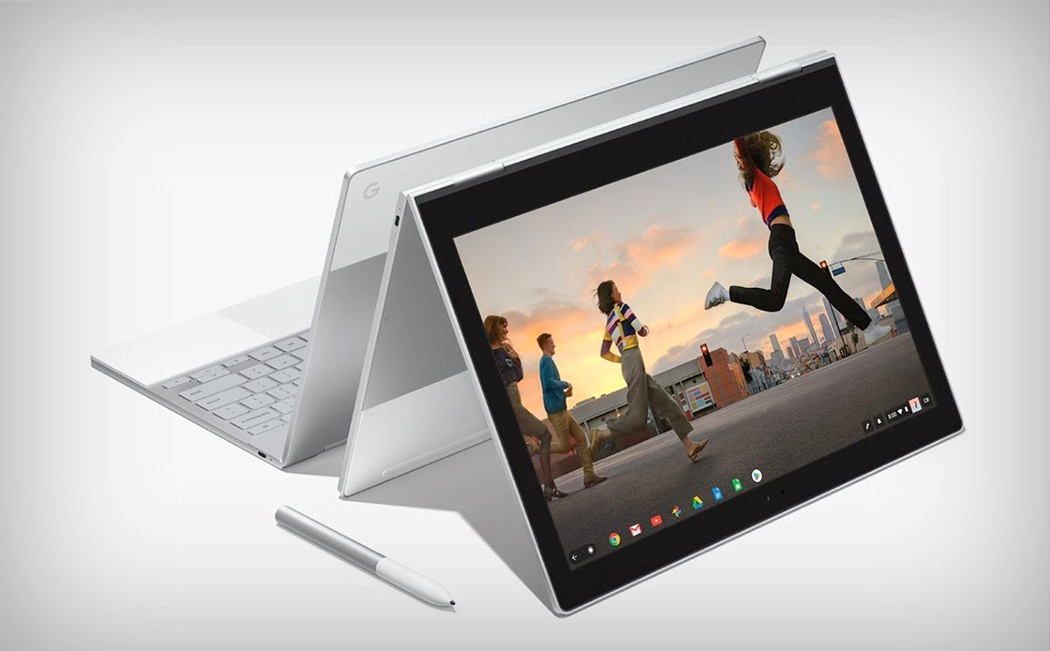 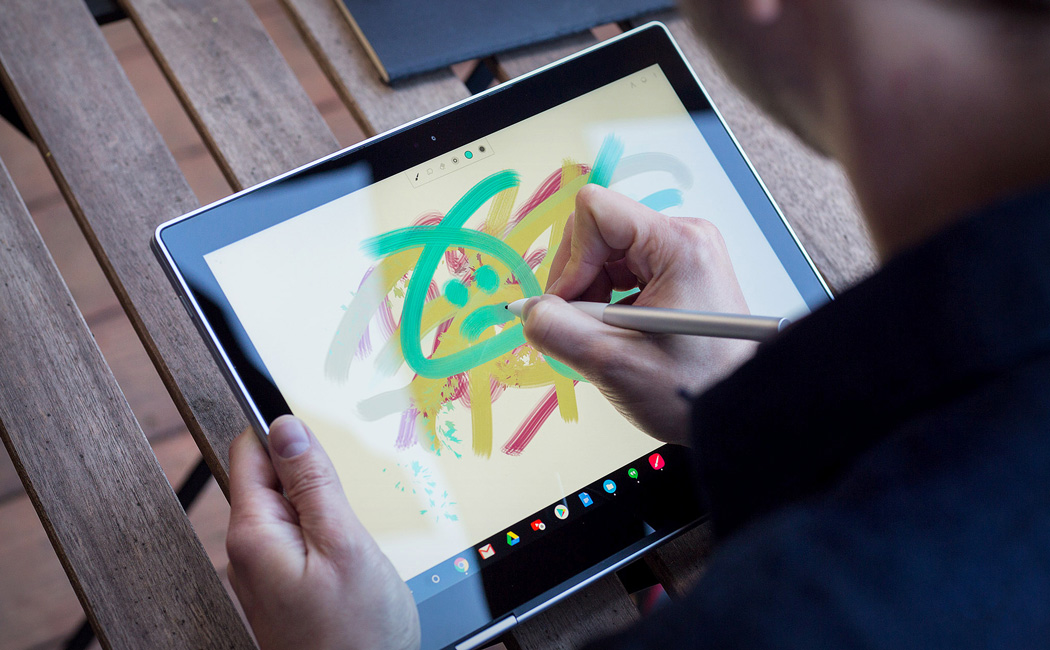 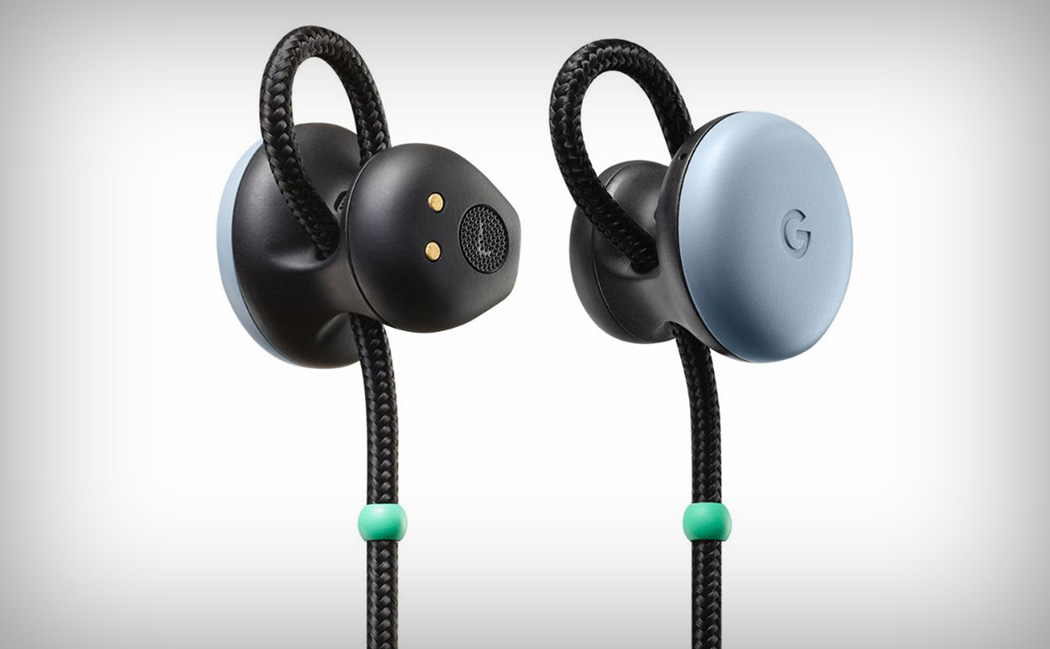 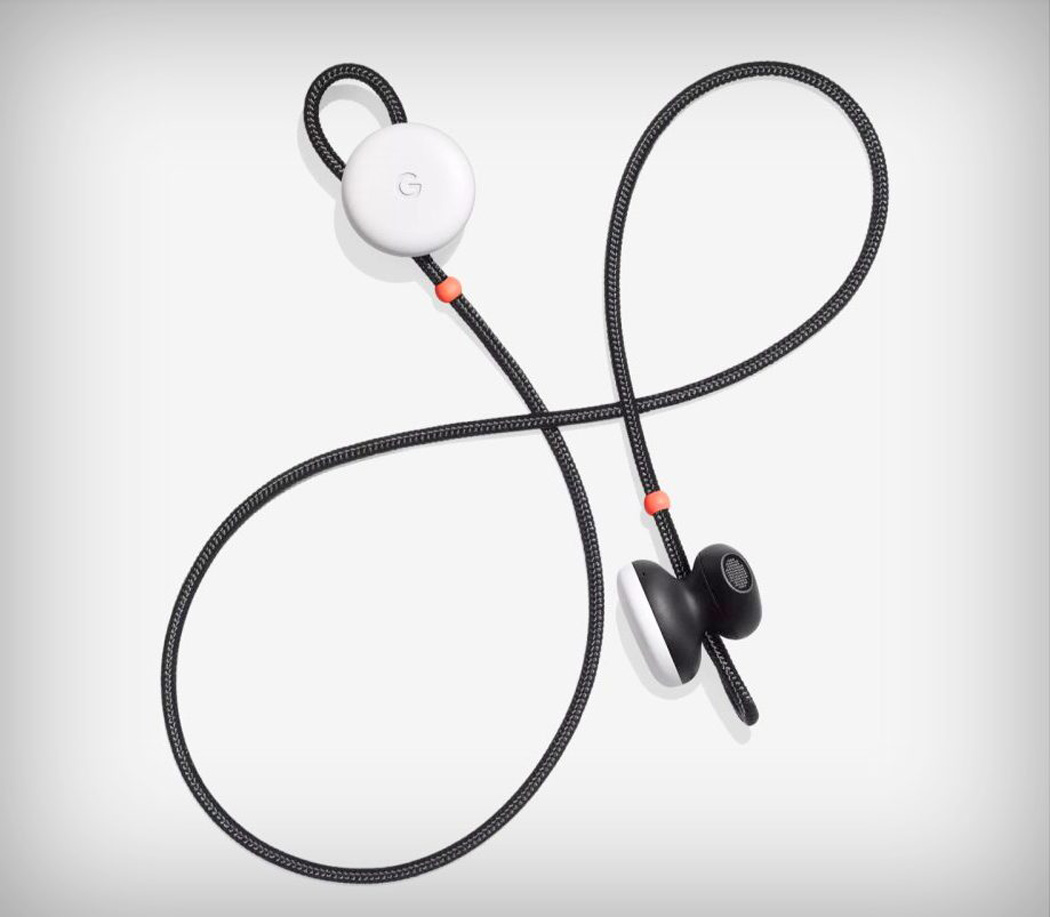 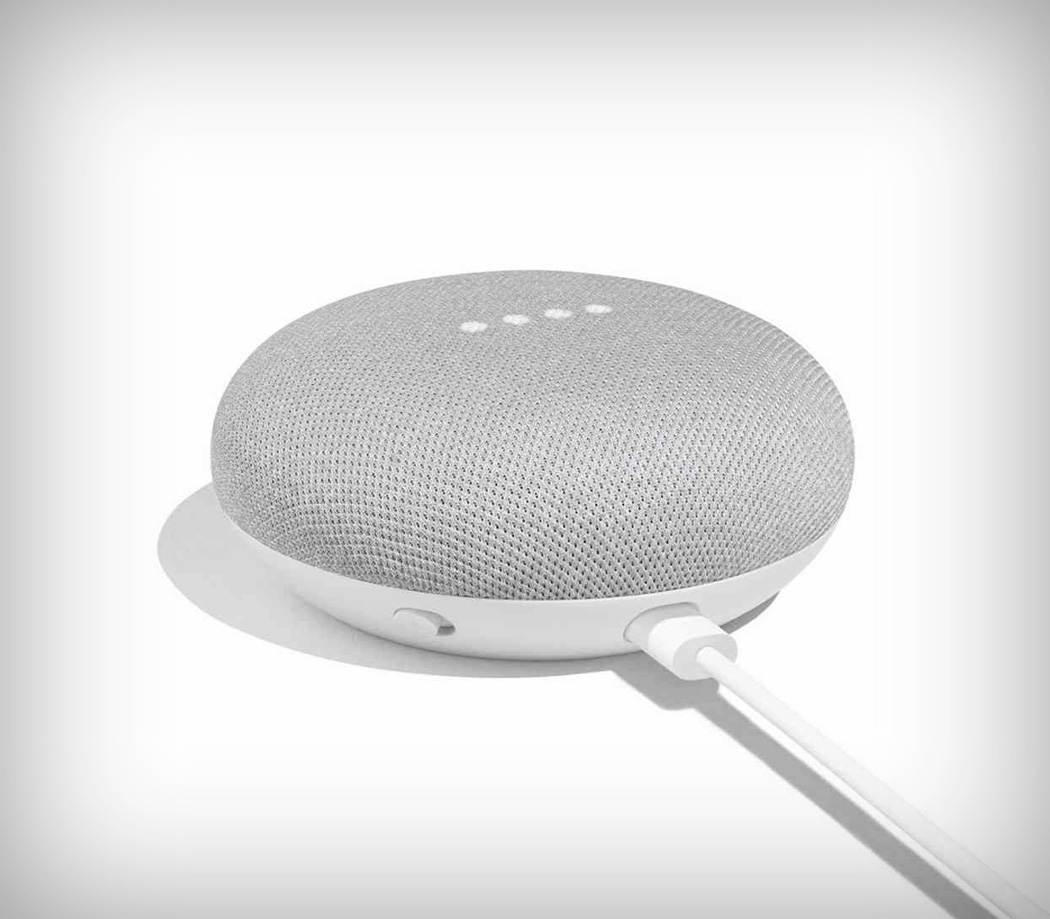 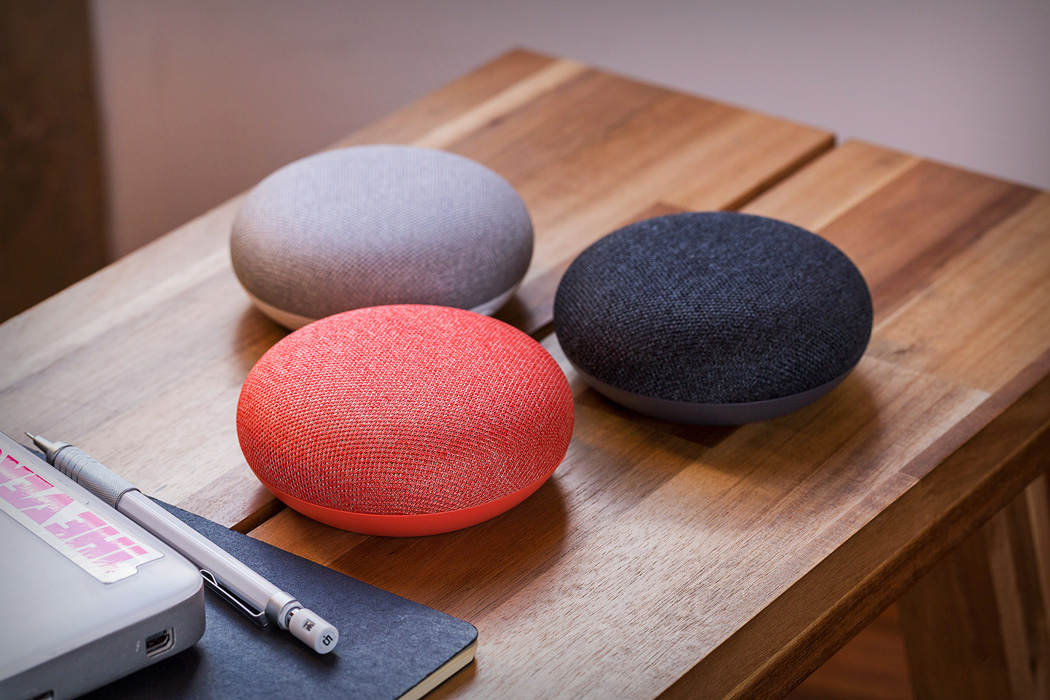 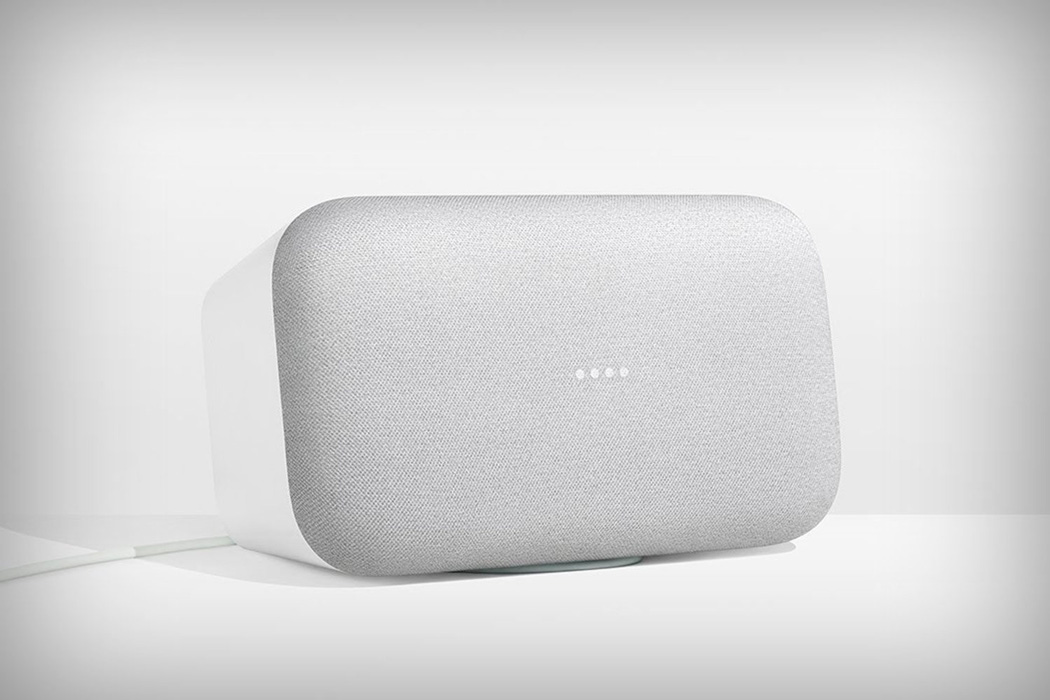 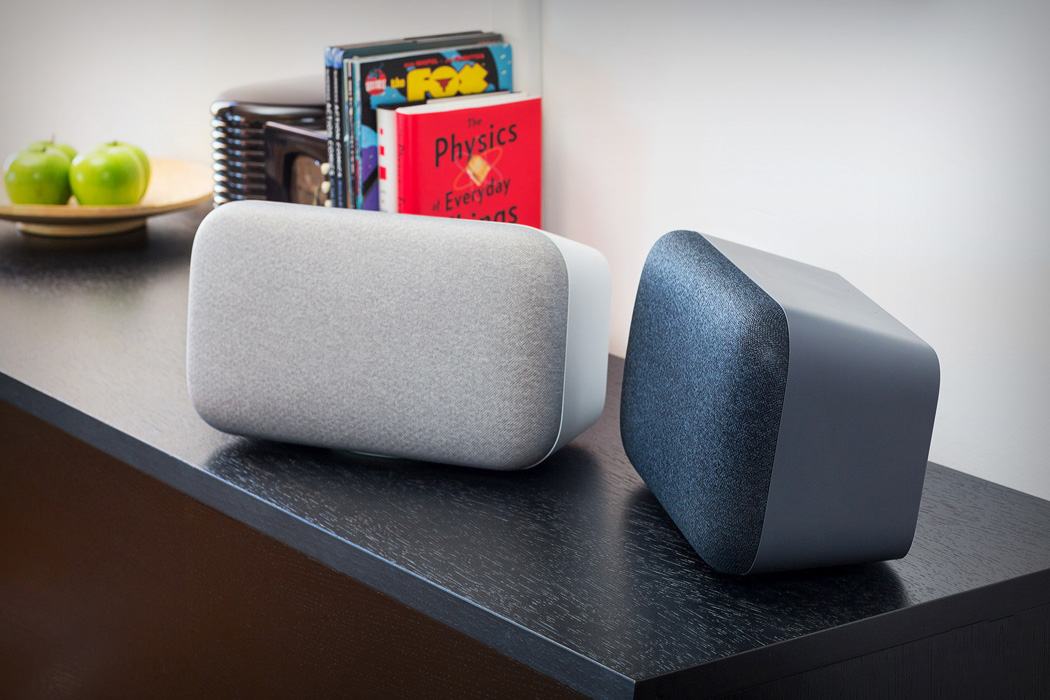 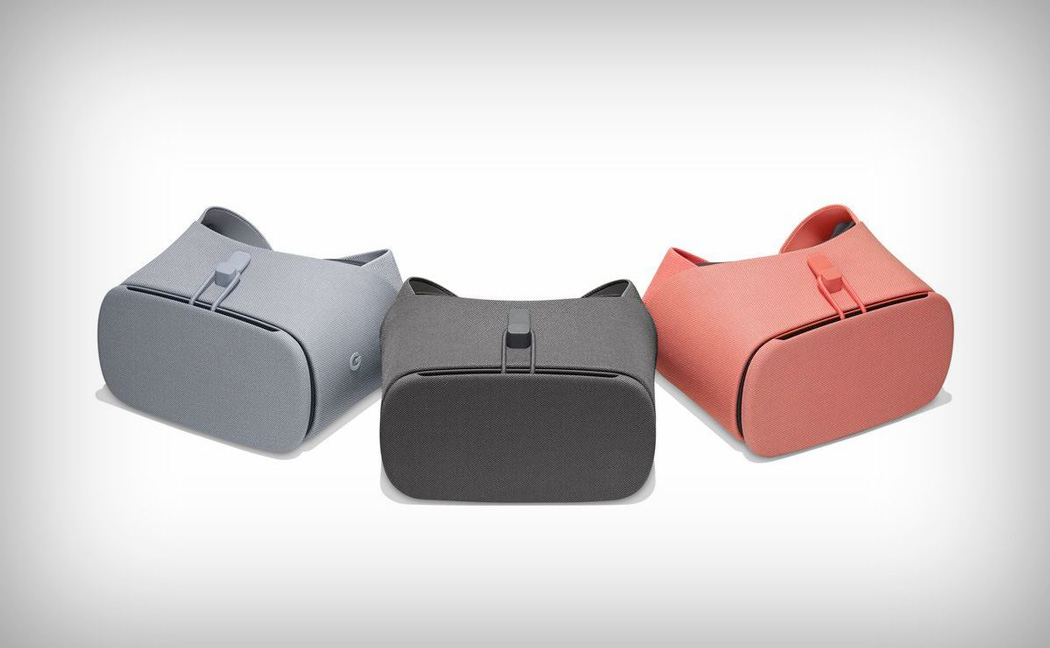 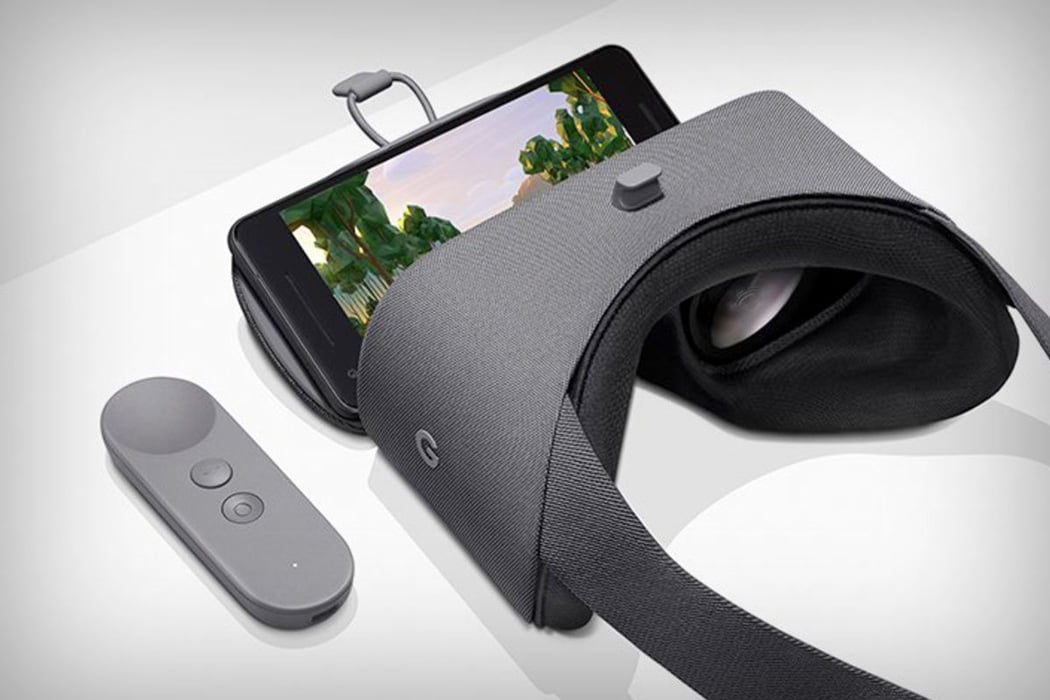 The very stylish ORB Door Handle can be used in diverse scenarios thanks to the integrated LED light ring. For a bathroom door handle, a…

Let me channel my best Shamwow Guy impression and convince you these items are worth their salt. The Easy Food Dicer, Lemon Slicer and Robot…

Walking With An Independent Streak

The one thing that you will note about the folks who have some imparity is that they strive to be fiercely independent. To help them…