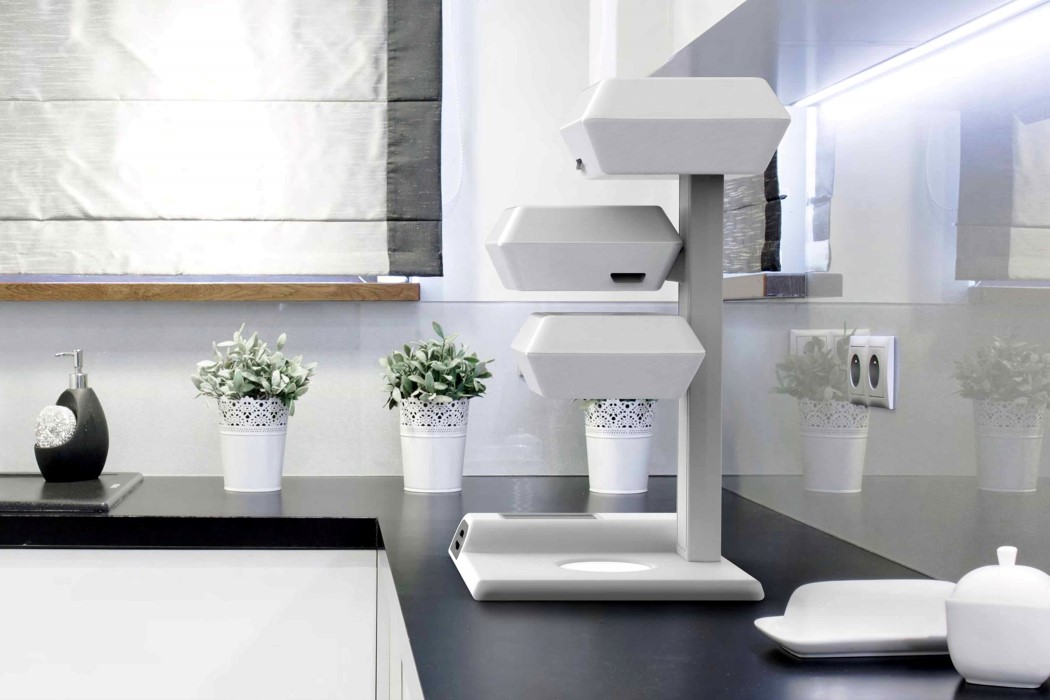 Architecture enthusiasts will see the uncanny resemblance between the Cascade coffee maker and Frank Lloyd Wright’s undebatably iconic Fallingwater house in Pennsylvania. The drip filter is split into three parts with water streaming down from upper compartments to lower ones, forming miniature waterfalls on the way that bring a beautiful sense of drama to the coffee-making process.

The designer’s aim was to make a coffee machine so uniquely sculptural that it became the most eye-catching attractive thing in the kitchen. I say job well done! 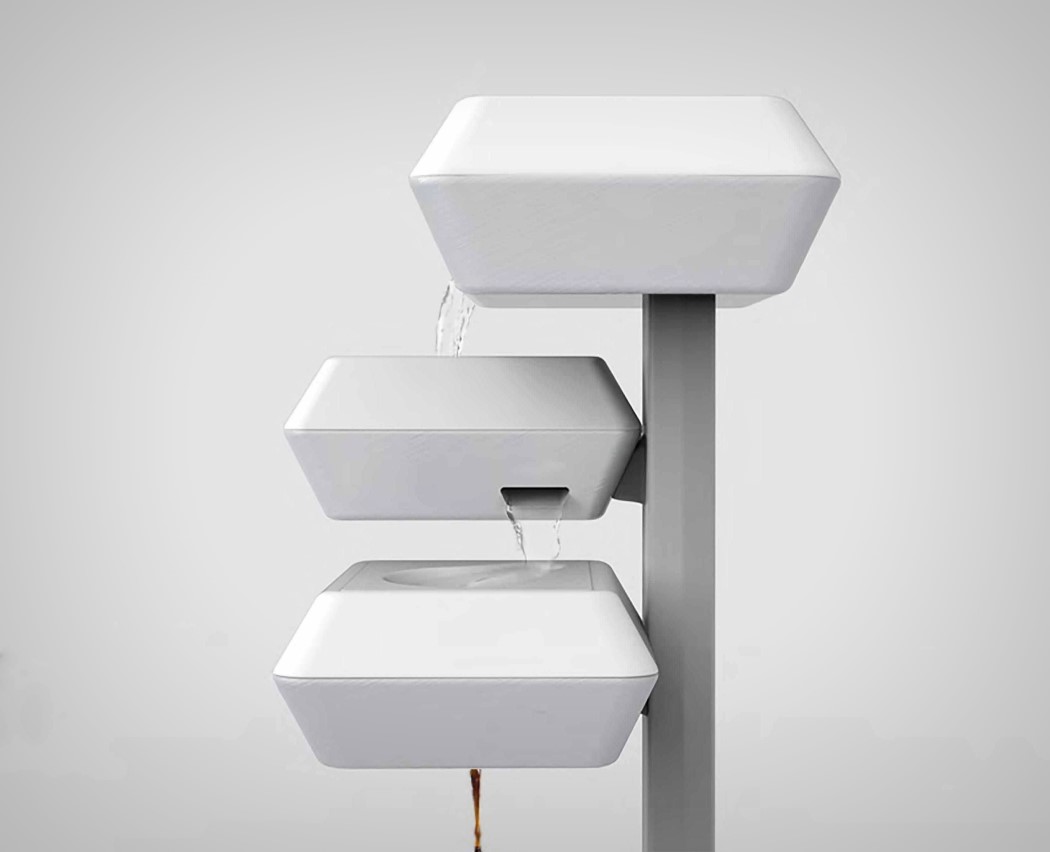 “By focusing on the calm sound of the water and creating a great cup of coffee, it can set a person’s day off on the right foot,” said designer Connor Canavan. 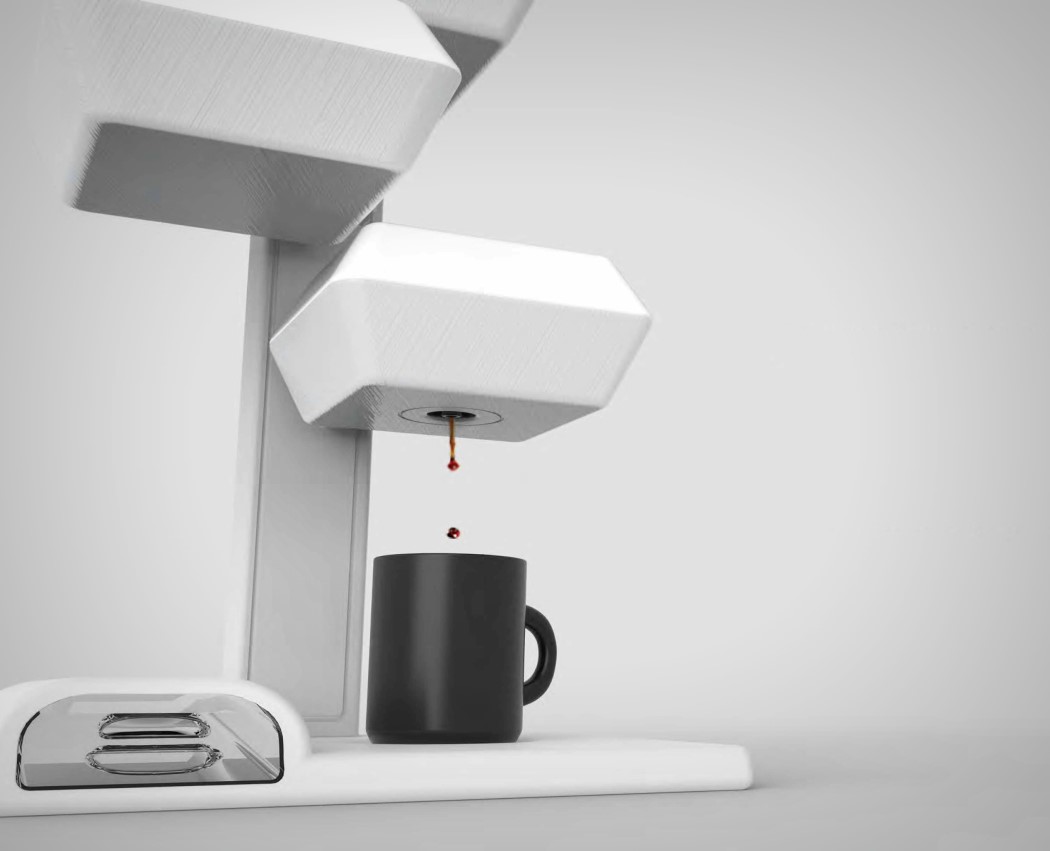 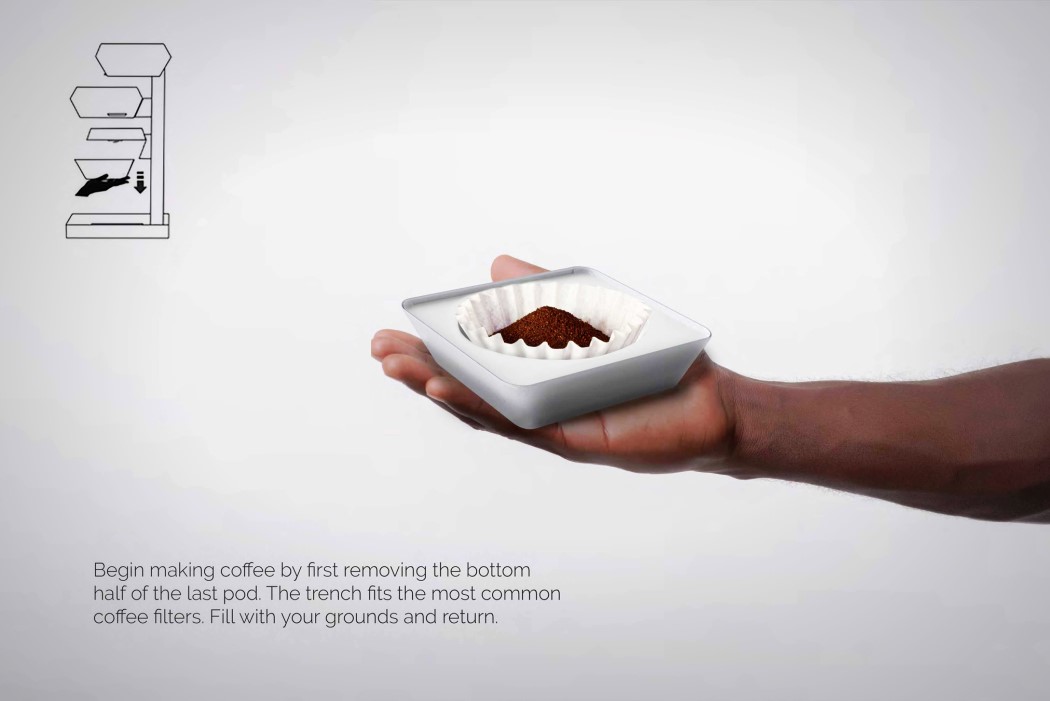 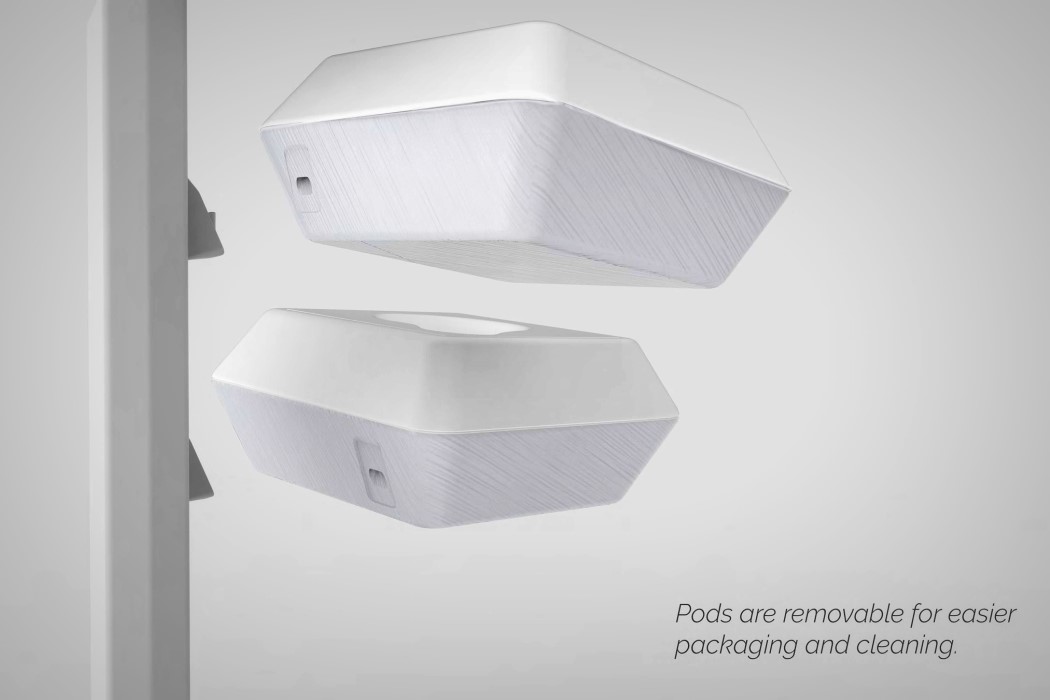 “The water is pumped up from the bottom reservoir, so that it falls from the top section into the middle, where it undergoes a heating process. From there, the water falls into the last section which includes the grounds, filter, and rotating spout for pouring over.” 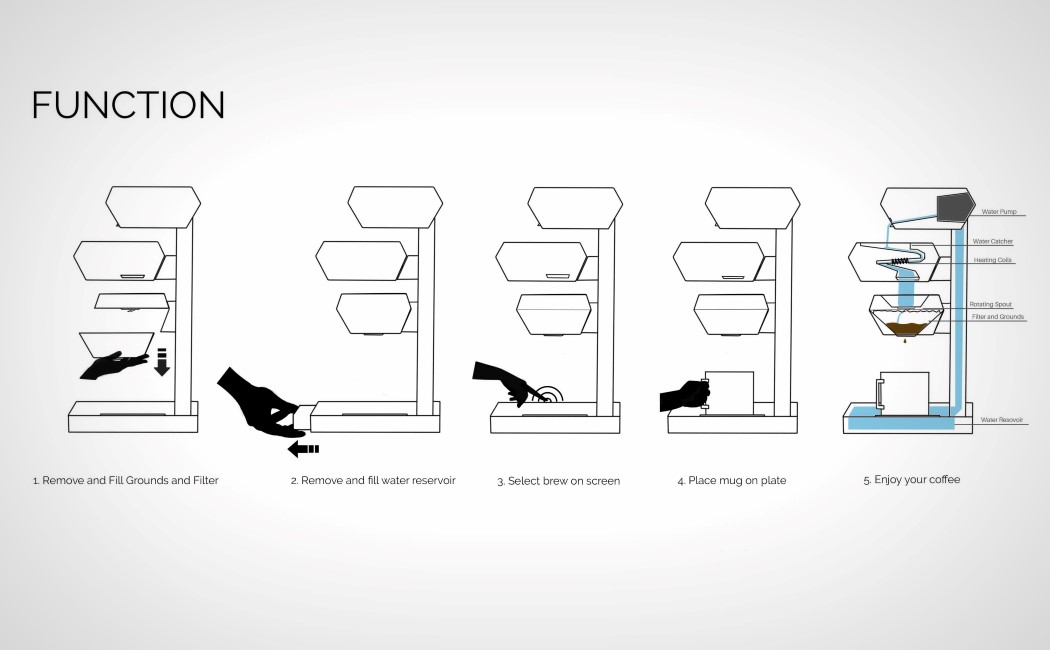 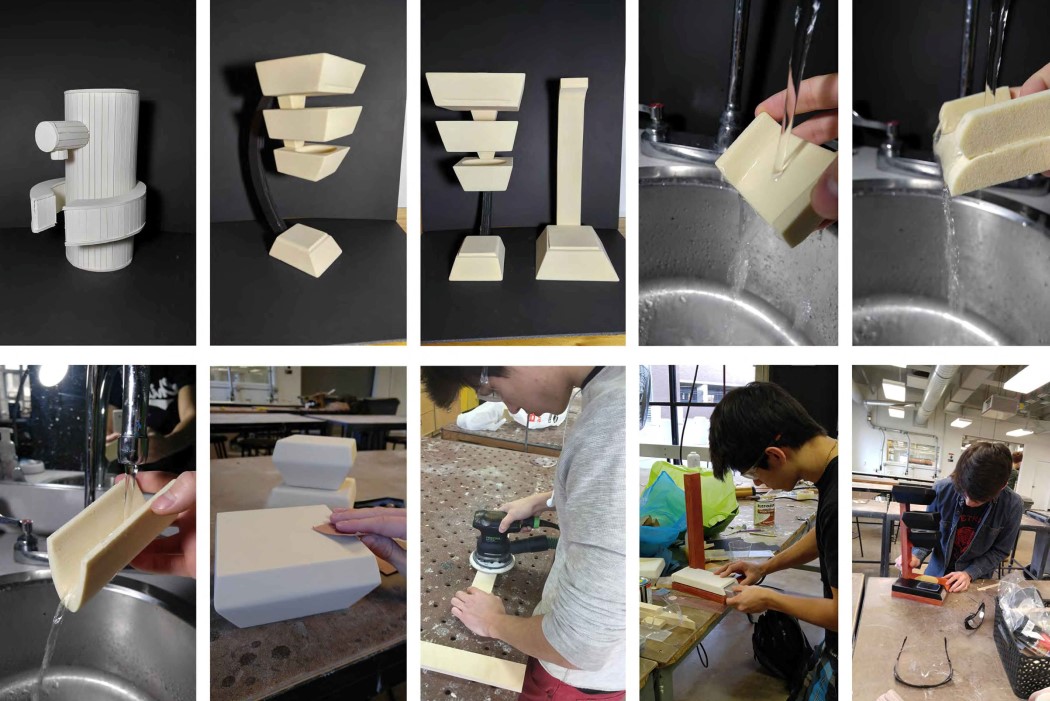 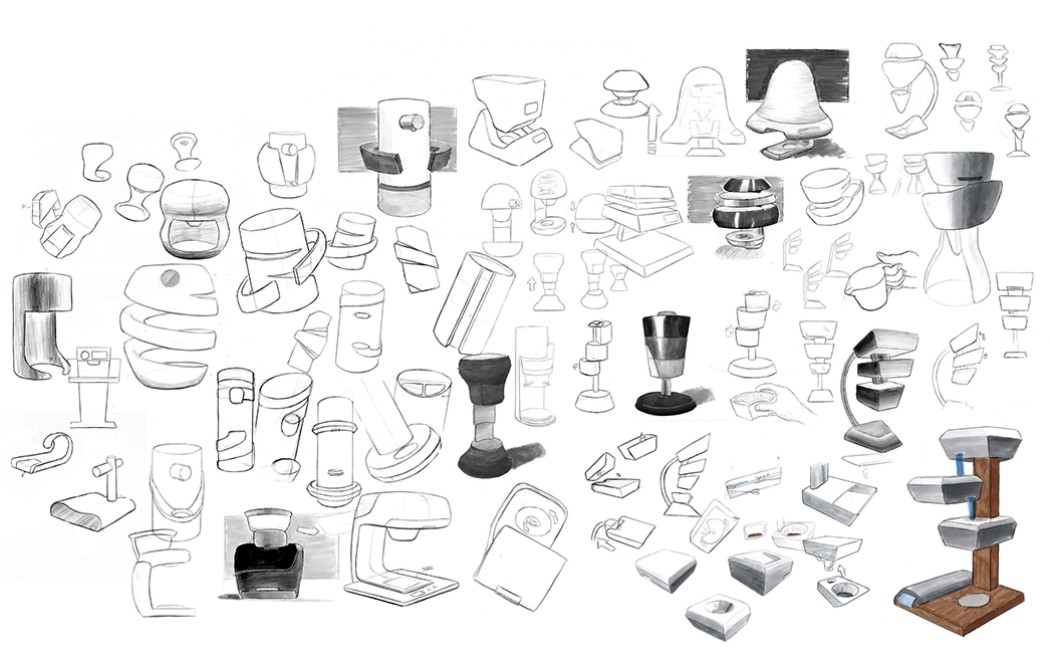 Your Digital Window for Workplace Wellness

A little sunlight and fresh air can go a long way to prevent brain drain at work! However, sufficiently windowed offices (at home or work)…

This sleek drone fits in your pocket and transforms uses its magnetic modular design!

The rise of drone photography and videography has opened the door to plenty of technological and design advancements. Likewise, with the rise of social media,…

We’ve all gone through that arduous, annoying process of passing through security check at the airport. It’s honestly a race against the clock, and against…