Navigator 1 is big… really big! Its 50mm diameter watch face features GMT world time function to show times in different cities, dedicated hour and minute cases, as well as sailing-inspired elements like a nautical sextant, vintage map fonts and graphics depicting the history of medieval sailing. The result is an eye-catching world-time timepiece for travellers with a classic style.

Structurally, the watch mechanism uses two separate basic movements instead of a complex GMT movement. The movement on the left indicates the hours with a rotatable case. Another movement on the right shows the minutes with a fixed case. Normally, the arrow on the bezel of the hour case is pointed towards one’s hometown to show the home time. To know the time in another city, the user only has to turn the big crown to direct the arrow towards the city in question and the global time will show up immediately. 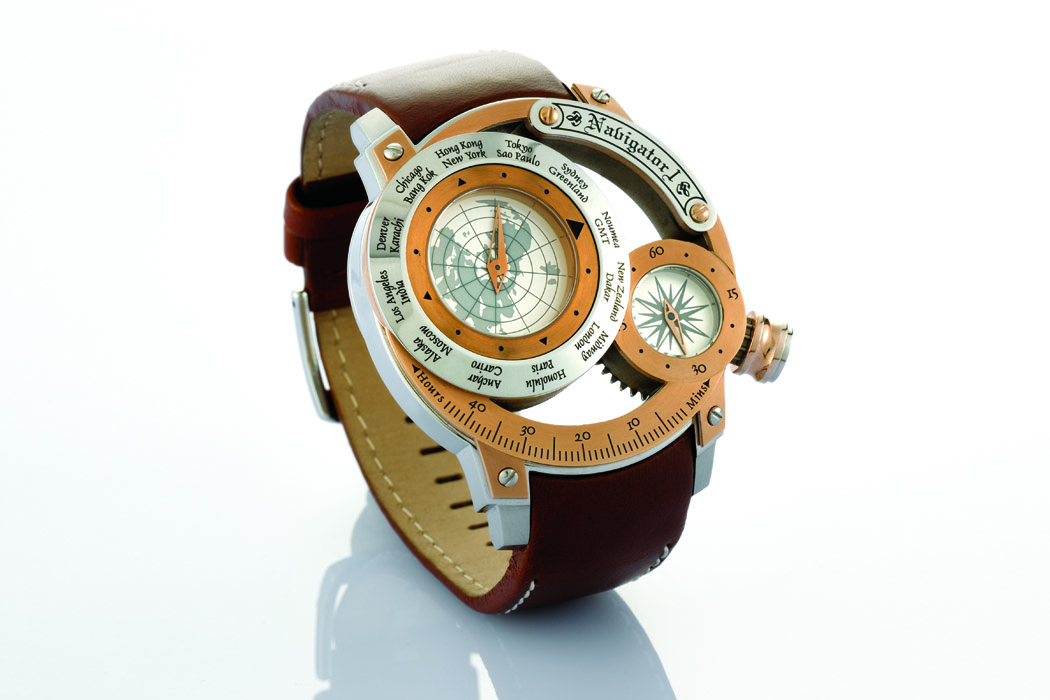 The air conditioner of our day, contradictory to pretty much everything we meticulously choose in our houses, is somehow bound to be ugly. But what…

Created as a successor to the CES 2019 Innovation Award-winning WT2 earphones, the Timekettle M2 are a pair of TWS earphones that have an unusual…

I’m not sure how many people still use alarm clocks but if you know a gaming fanatic, he would love to trade his smartphone for…

The only clip you’ll ever need!

The Gripstar pushes the concept of versatility to an entirely new level with its minimalistic yet remarkably multifunctional design! Easily mounted on any surface, users…