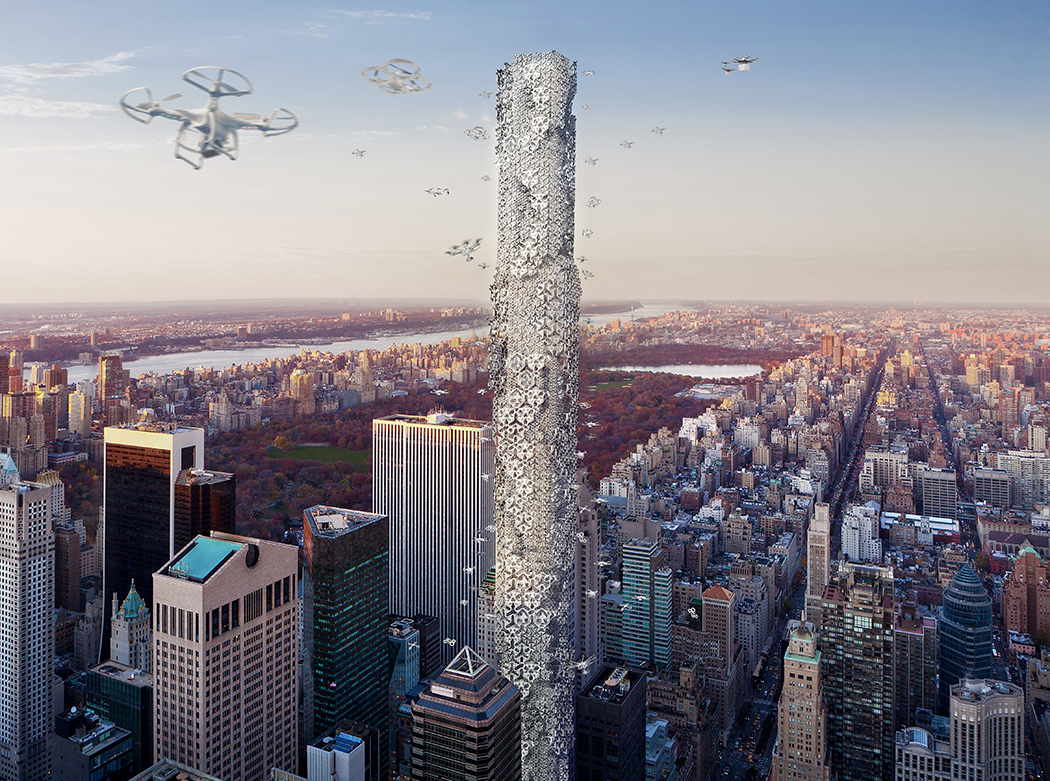 You may have noticed the ever rising love for drones our world has had over the past two years. Drones are pretty awesome robots, but they come with a set of complications. Drone laws are the latest set of regulations to enter the constitutions of many countries, with some countries (Denmark) training birds of prey to take down these flying gizmos. The Hive, provides a solution to most of the drone related problems faced by us and the government…the largest, by far, being regulation. The Hive is a massive skyscraper that uses its entire outer facade as a docking zone for drones. Commercial as well as personal drones of all shapes and sizes can dock on the facade at different points, giving it a sort of shape-shifting beauty that makes it look like a honeycomb with bees around it. The Hive not only docks the drones, but also charges them, giving people all the more reason to have their drones resting on the Hive, and providing the Hive with all the necessary means to keep track on the drones in the vicinity.

The Hive: Drone Skyscraper won the 2nd Prize at the Evolo Skyscraper Competition in 2016. 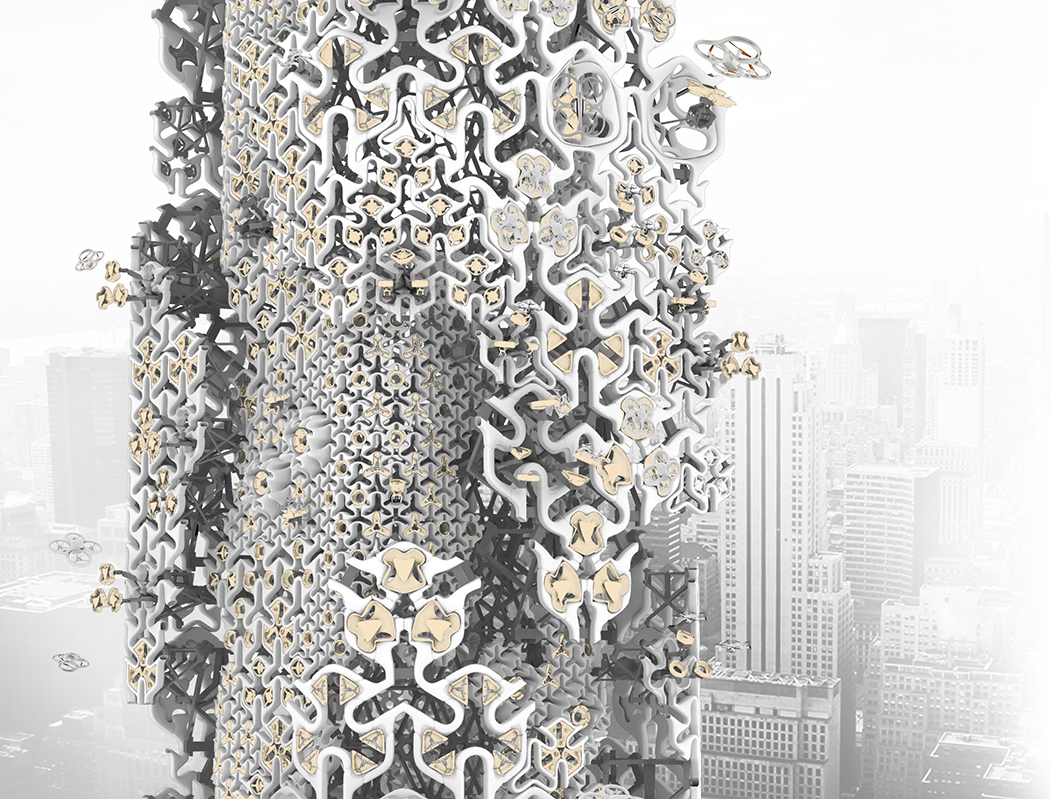 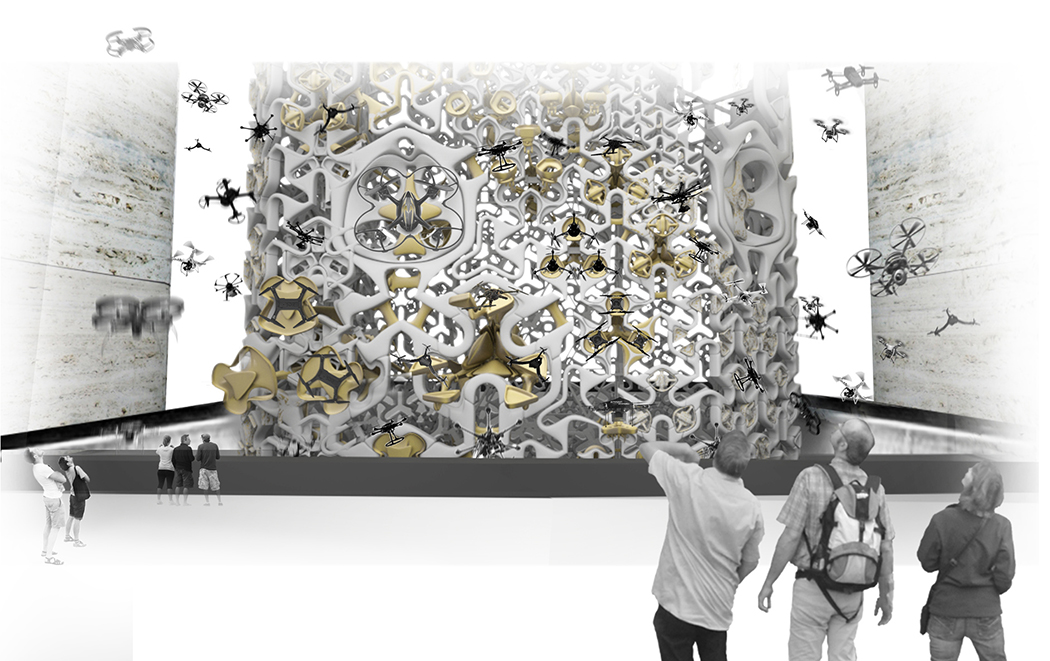 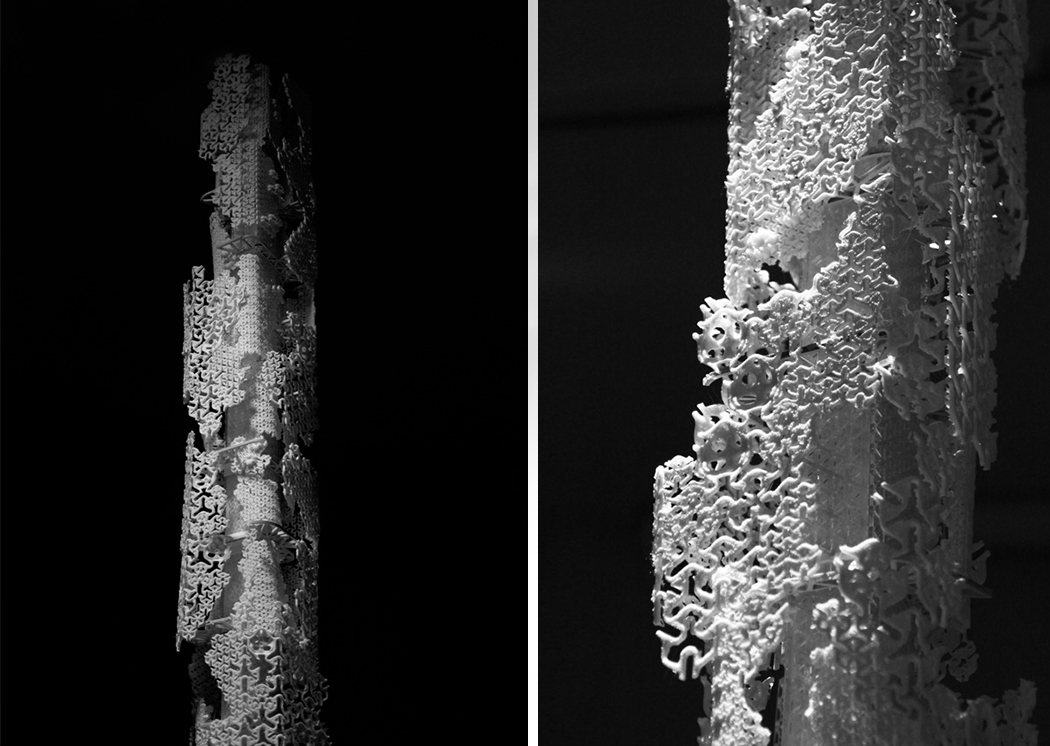 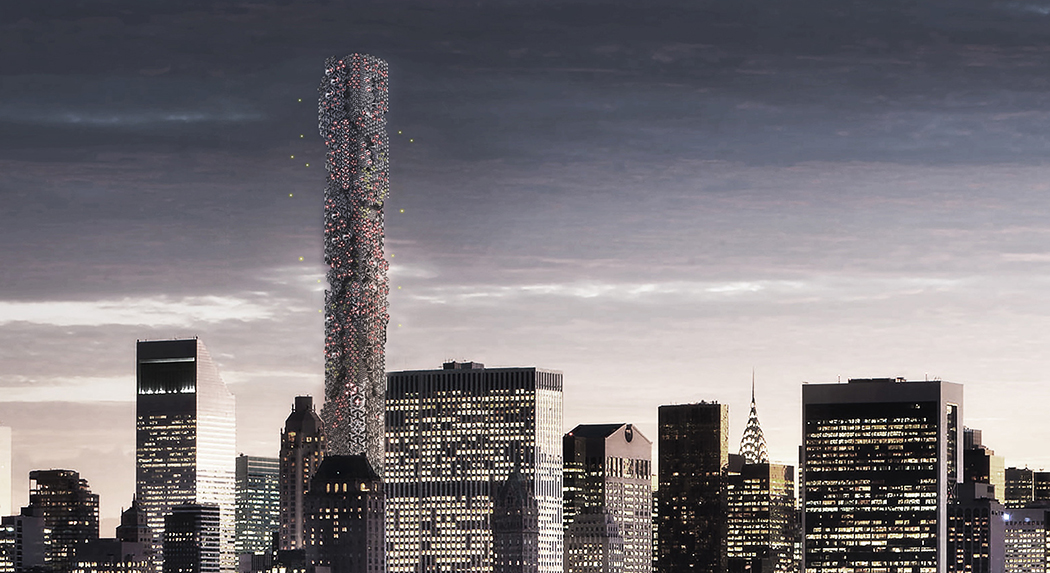 What does your eyewear and this futuristic keyboard have in common? The acetate!

There’s something so futuristic about Tim Zarki’s Lapis Keyboard. One look at it, and it’s like none of the other conventional keyboards on the market,…

The Sp!n top turns into a hovering exclamation mark when rotated

The Sp!n’s seemingly simple design takes on a completely different avatar when spun. Designed to look like a strangely shaped top when still, the Sp!n…

Almost unrecognizable as a clock, the limited edition Sun Set wall clock (available here) is unlike any other timepiece out there in both aesthetic and…

The SaY mobile phone was designed quite a while back but somehow the design looks still fresh and in sync with today’s needs. Right from…