The short of it is that The Good Design Award registrations are open and the deadline for entries is June 3, 2015 – So hurry and Apply Now! In case you need convincing … read the long of it … my trip to Japan and first hand experience of the Awards, the Jury and the Exhibition at Tokyo Midtown. The journey of the awards kicked off as a benchmark for the industrialized Japan, however, over the last decade or so, the focus has shifted to include consumer goods and everyday items. This opens doors for young companies and designers from the world over to participate. 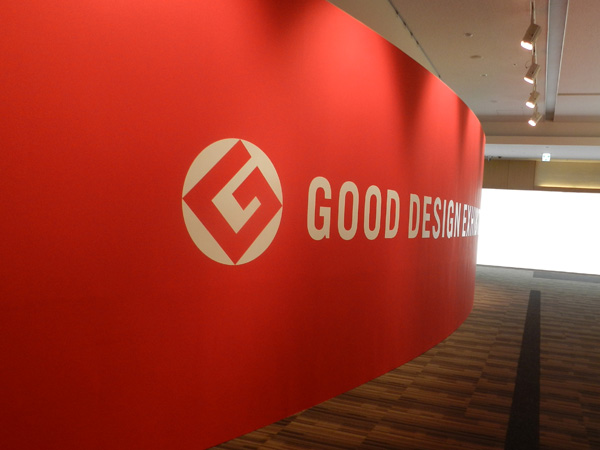 The Good Design Award is hosted by the Japan Institute for Design Promotion and roughly 1200 designs are recognized every year. “BEST 100” items and 9 Grand Award were presented last year and the winner – Denso Wave’s robot, “VS050 SII” was spectacularly displayed in an enclosed box, doing its swag and how!

YD was a part of a special tour that got a chance to take in the sights and sounds of the exhibition. Besides feasting my eyes on the amazingly designed products, I got a chance to ask a few questions to the Chairman of the Jury, Naoto Fukasawa along with Fumie Shibata and Gen Suzuki. 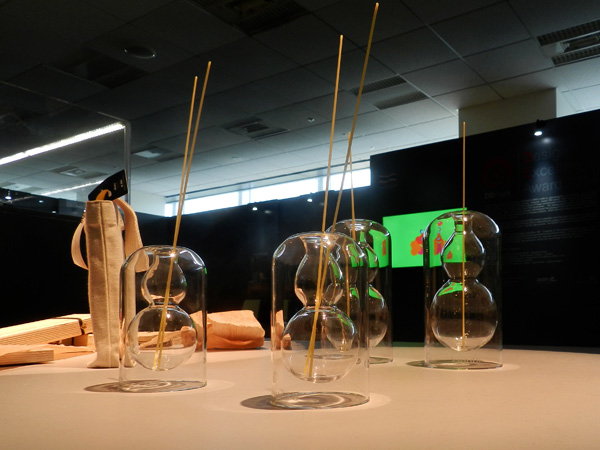 When asked what was more important … design or technology, Naoto Fukasawa said that earlier it was all about design, but now we have transitioned to a phase where technology is more important. “The change has happened naturally. The aim of design is to expose the technology.” 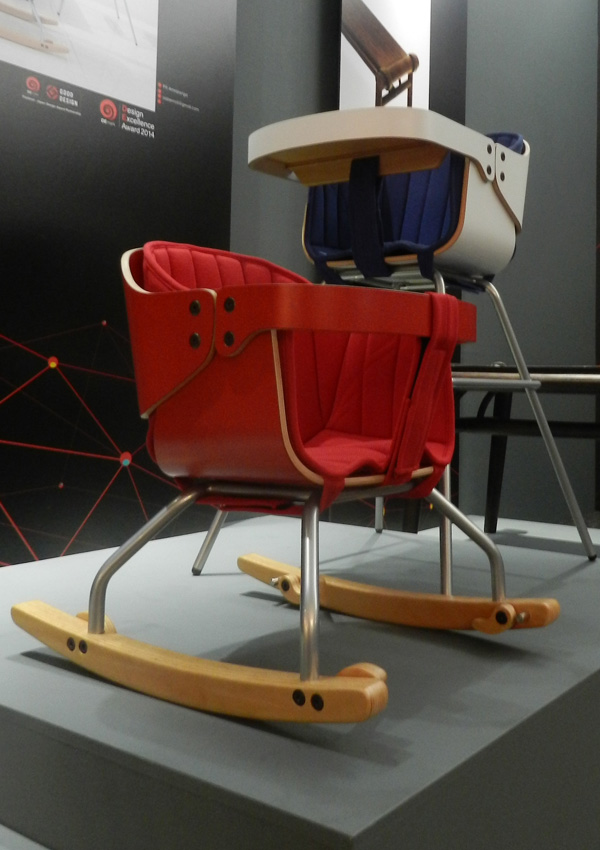 The way Good Design Award works is this, they have a theme each year and for 2014 it was ‘Kokochi’ or ‘Quality of Comfort’, and while screening the submissions, this aspect is most applied in the final leg and is critical for you to get into the “Top 100” bracket. Aligned with this mindset, Fukasawa said that successful Kokochi simply means, “The design builds a harmonious interaction between the users and technology.” The Good Design Best 100 Special Exhibition conveys this message effectively and is visited by both Japanese and International Design enthusiasts from across the globe. 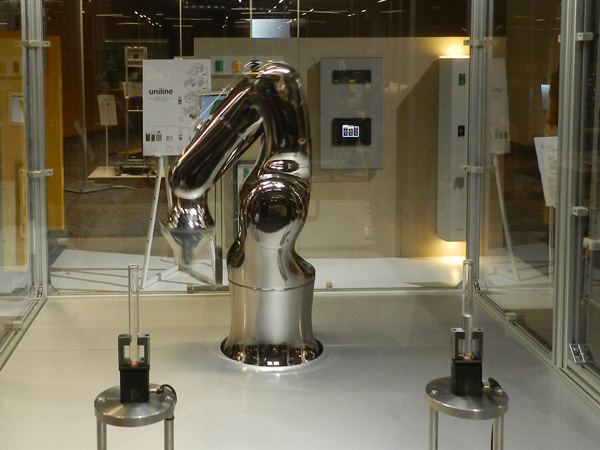 For 2015, Good Design Award has introduced “Topical Issue” as a new system in order to enhance their role. If you are participating, then please get a better understanding of this here.

Topical Issue refers to “an area where design is considered to be especially required in a coming society”. In the screening, a special team (Topical Issue Directors) to deepen discussion on these issues is organized, and observes subject entries across screening units and discusses the “possibilities in the future society” and the “roles and meaning of design”. 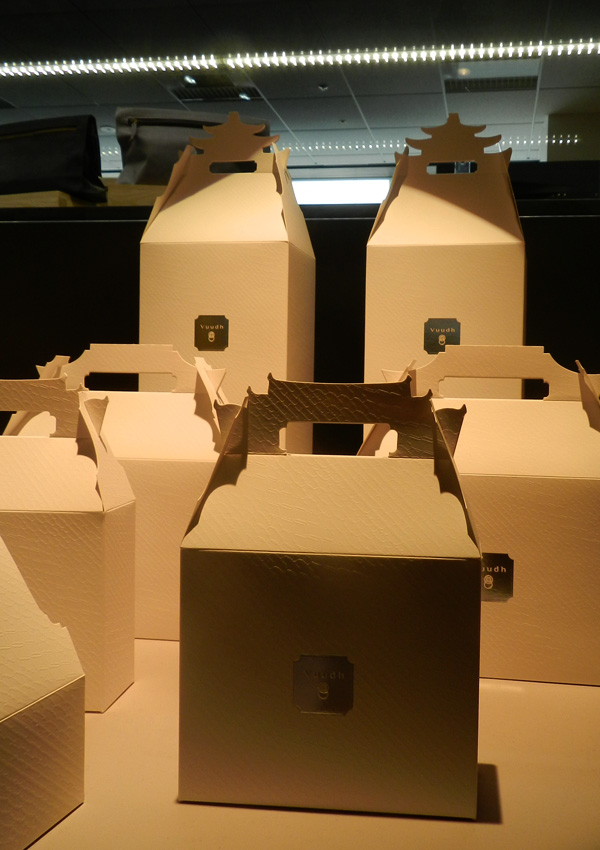 Moving on, it was a visual treat to see how involved Japan is in the Awards, for example I walked into the Muji Store and they had a whole counter dedicated to their award-winning products from over the decades. Almost every retail store was showcasing the G-Mark products in a special nook and according to Gen Suzuki; about 90% of the Japanese people are aware of the Good Design Award and respect its value when it comes to making buying decisions. 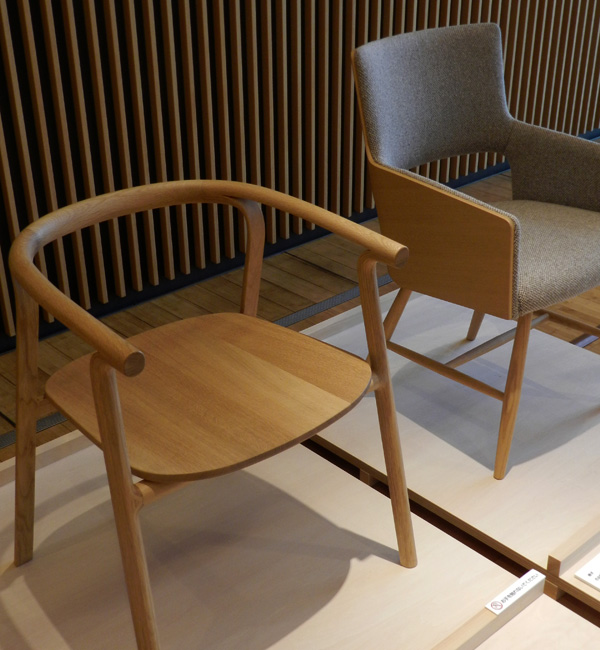 The Great East Japan Earthquake has left a mark in the world of design, and while Gen remarked how some of his designer friends have actually gone back to agricultural roots, the other end of the spectrum saw us walk through a special curation of Japanese Furniture Selection that hoped to “convey values through designs that have a fundamental purpose through meaning beyond direction.” Many of the designs showcased traditional craftsmanship such as Japanese woodworking as well as new technologies.

Catch them young and watch them grow – this adage is true in Japan, where the Award exhibition engaged children aged between 7 and 12, in activities that married design and technology. I got a peek at a workshop where children were asked to draw a picture over an area of a map and then they had to walk the area on the map with GPS attached to them. The idea was to see how many of them would manage to walk as close to the initial picture drawn on the map. Pretty clever! 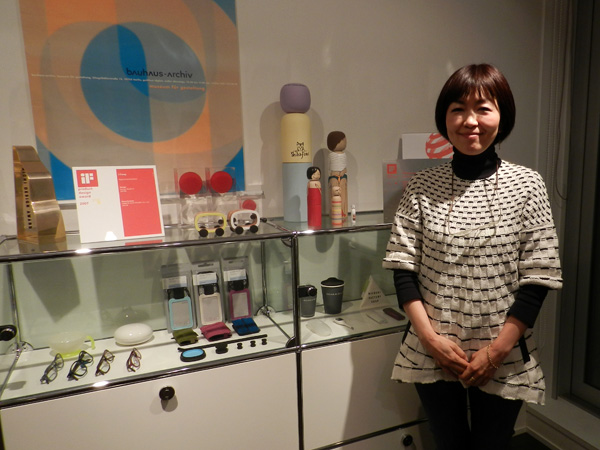 It was a treat to visit Jury Member Fumie Shibata’s Studio, where she showed me her creations and gifted me her signature Japanese knife. I asked her what changes in the judging process has she seen over the last decade as a jury member?

Shibata: “The selection process or screening process has not changed; the environment and the focus of choosing winners is different each year, so our perspective is to match the brief of the theme for the year and judge the entry based on that. I have been a jury for the last decade and we are no longer looking at the submitted entries as stand-alone objects. We factor in the entire context and impact of the object for its intended environment. Our entire outlook is based on the whole and not the singular.” 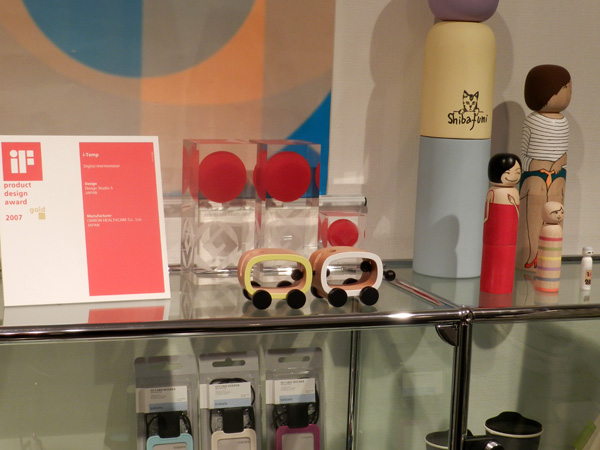 Shibata on trends: “As for the trends in design, earlier big manufacturing companies would submit their products and these dictated the tone of the entries. Over the last five years, smaller retailers and design companies are participating and their projects have added a new dimension to the trends in design, which is more refreshing and radical. Each year there is a theme for the competition and that dictates the entry selection only at the last stage of judging. The pre-screening takes into account the overall quality and then may lead to a G-Mark Award, but for it to make the cut for special categories or the Top 100, and then the design should conform to the theme of the year.” 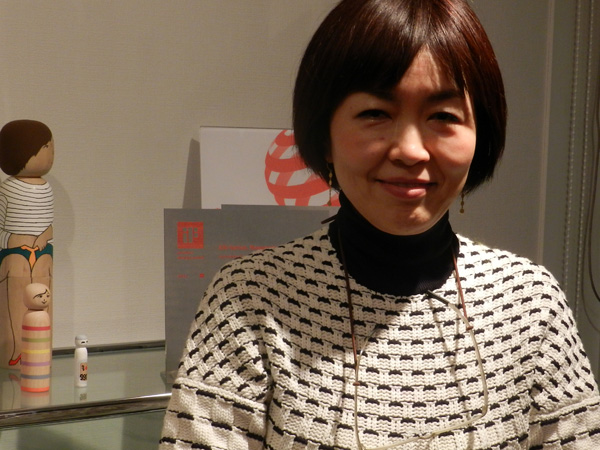 Shibata on advice to young designer: “Designers need to network both vertical and horizontal – meet not only mentors but also their contemporaries. When designers are creating, they should focus on staying true to their origins and at the same time blend in an international approach towards their design. This holds true to both Japanese and International Designers.” 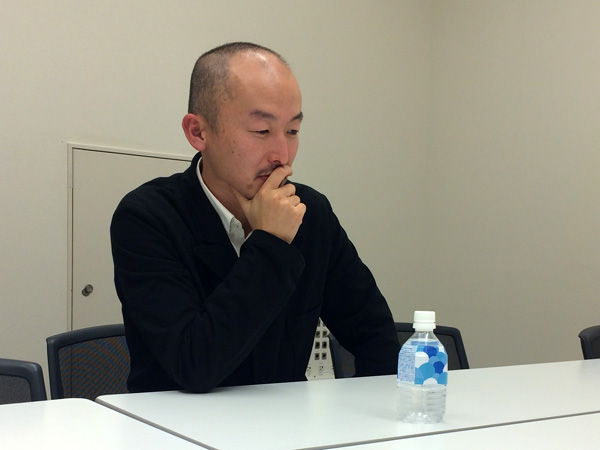 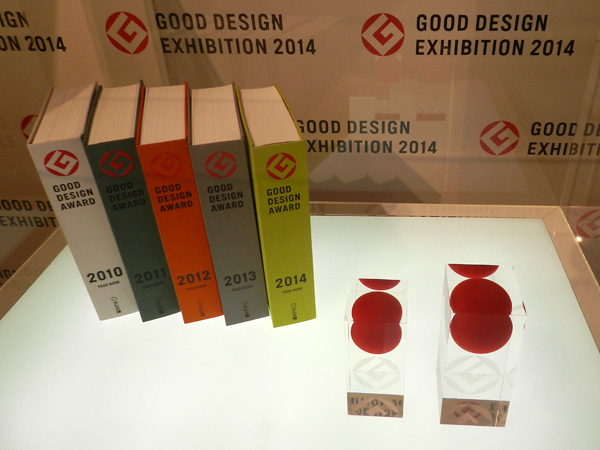 To sum it up, seeing is believing … and the 2014 Exhibition was Top Notch! I have come back with a profound understanding of why people praise Japanese Design so much. It’s all about the character and the mindset; using basic skills like craftsmanship and marring it with the modern implements. I can lay a bet that 2015 will be a step better, because you’re inspired by the exhibition and will be participating and winning … and I will see you in Japan in November! 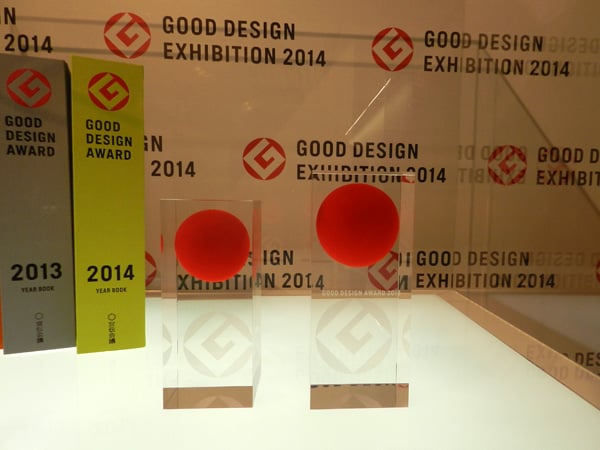 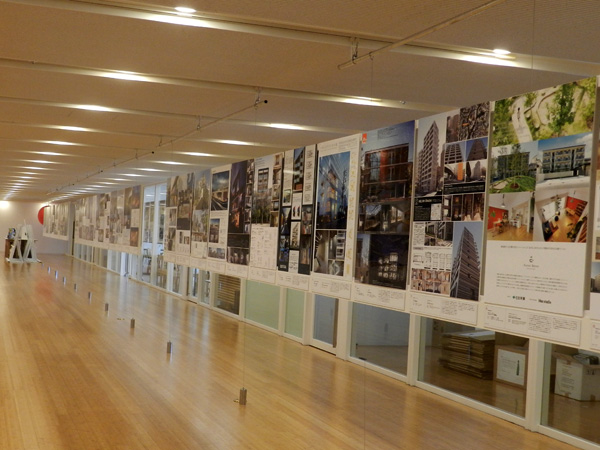 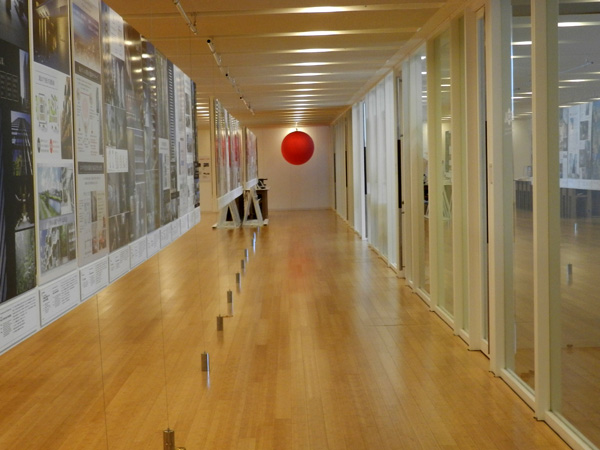 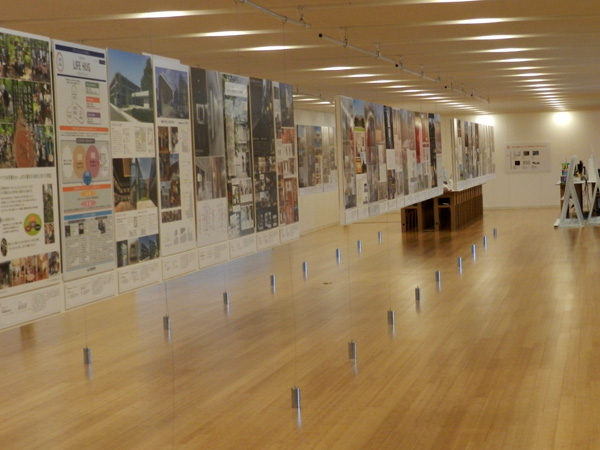 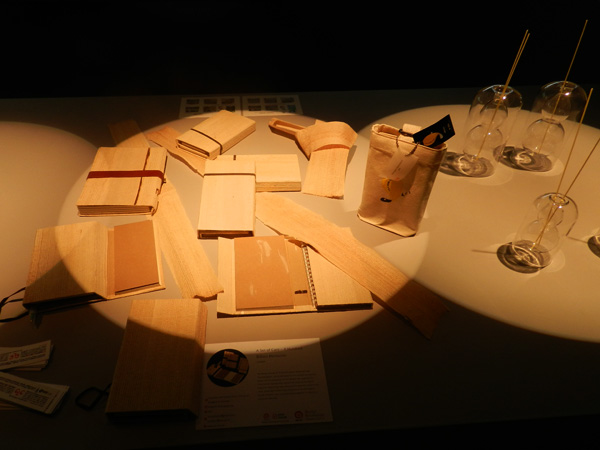 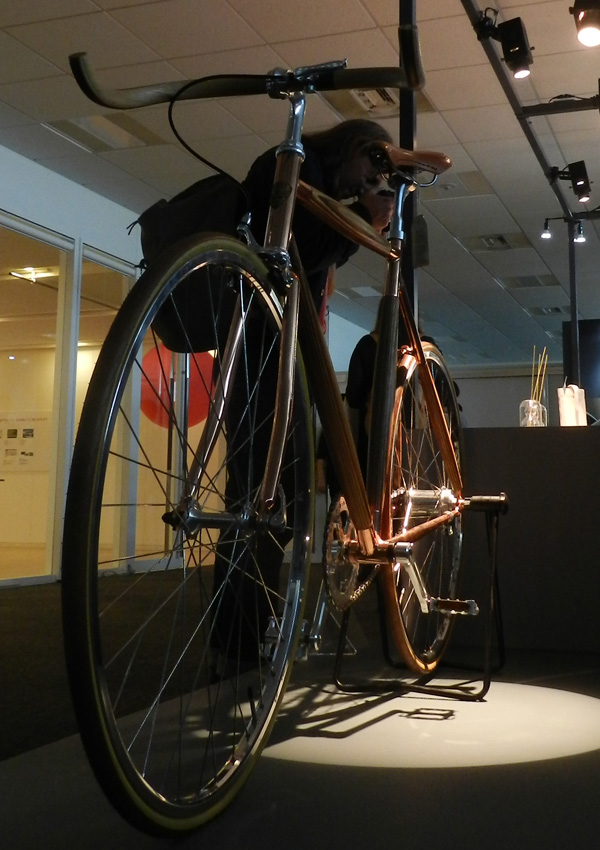 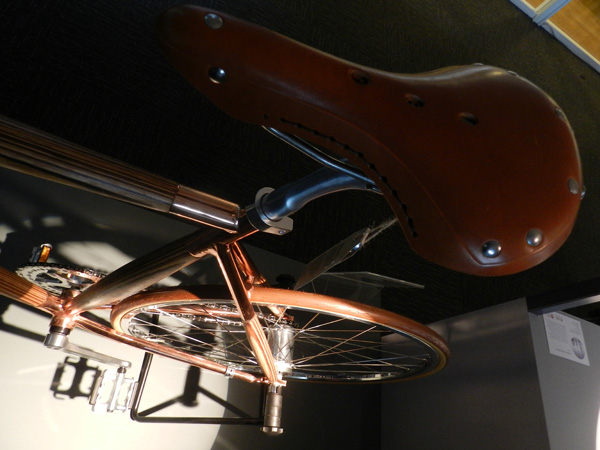 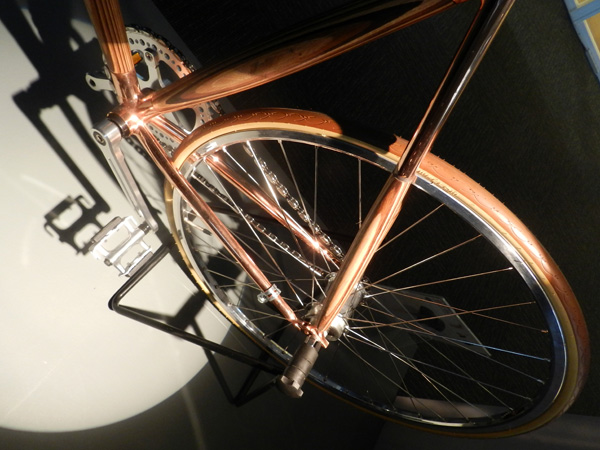 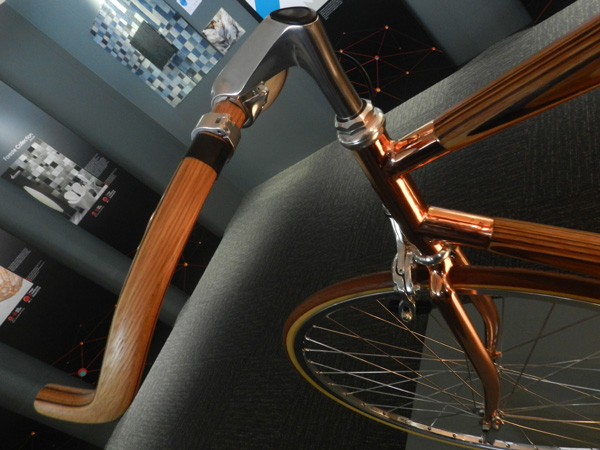 It may have taken a while but finally London has a design art fair worthy of applause. Drawing on the dynamic crossover between art and…

Formed from the dense carbon mesh and concrete cast, the Cube will comprise of two main components. Henn, an architecture firm based in Germany, recently…

UPDATE: See you in Chicago! Registration ends on Aug. 11, 2013! As a cutting-edge innovator you are breaking the rules almost every single day! Take…

650 projects from 18 countries have been whittled down to a final shortlist. Twenty inventions are to be put to James Dyson who will choose…