650 projects from 18 countries have been whittled down to a final shortlist. Twenty inventions are to be put to James Dyson who will choose the international winner on 711/07/2013 to which they will receive £30,000. Last year’s international winner Dan Watson, developed a SafetyNet, a device to encourage the sustainability of fishing. With the money and support from the James Dyson Award, Dan has now finished prototyping and his device will be taken for sea trials. Hit the jump for our shortlisted favorites! 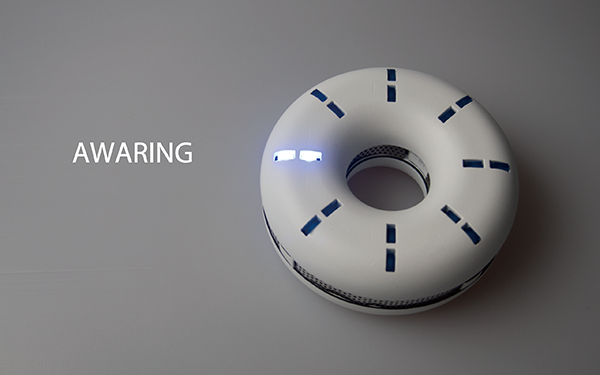 Those with hearing impairments understand speech by using a hearing aid and lip-reading. However in conversation involving a number of people those hard of hearing can get left behind. AWARING is a device which indicates the speaker’s location using a light and the volume of their voice in real time. – Designers: 佳裕 金子 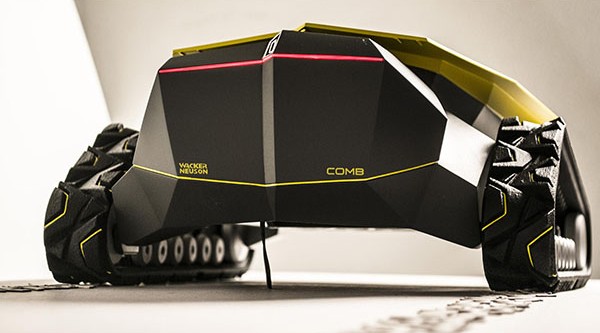 Comb is a redesigned dumper truck. Using an autonomous GPS control system the digger uses improved design and technology to perform its tasks, resulting in a quicker and larger scale operation. Eliminating the need for a driver means the user is able to perform other tasks alongside the operation. – Designers: Rostyslav Akselrud and team from FH Joanneum Graz University of Applied Sciences 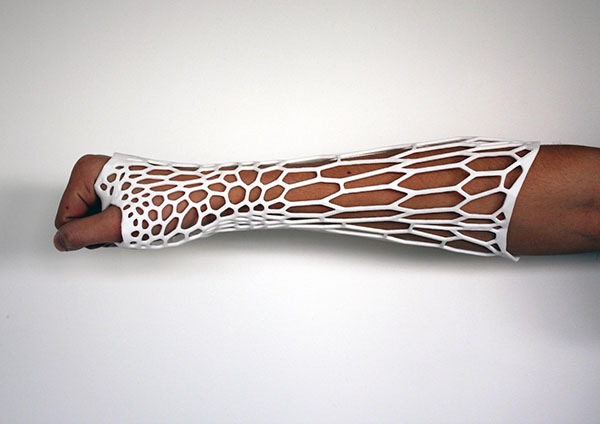 Traditional casts are heavy, clumsy, not waterproof, itchy and smelly. In addition they cannot be recycled. Cortex is a 3D printed cast system for fracture support. It is a lightweight, ergonomic, waterproof and ventilated support. After 3D scanning the limb a tight fitting cast is generated, with localised support in relation to the point of fracture. A strong recyclable plastic is used to reduce waste material. – Designer: Jake Evill 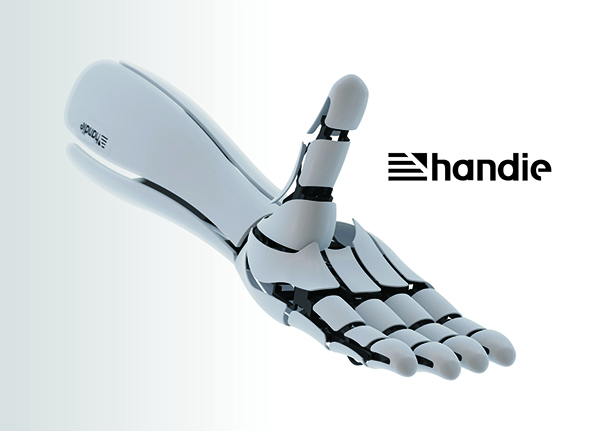 Dexterous prosthetic hands are expensive. Handie is an affordable prosthetic hand with inbuilt myoelectric sensors which can read brain signals. Costs have been reduced by using a smartphone to compute the electrical impulses on the skin’s surface. All components of the hand are easily modified and reproduced using a 3D printer. The hand relies on one motor that changes trajectory depending on the shape of an object. – Designer: Hiroshi Yamaura 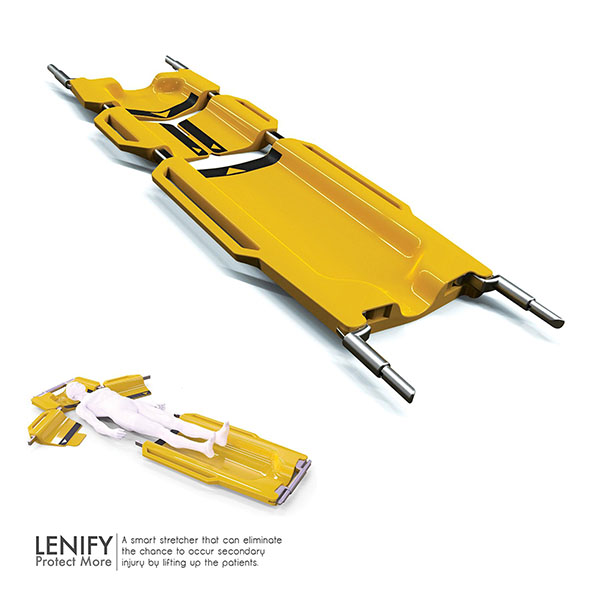 On traditional stretchers, patients must be lifted and placed onto the canvas. Moving the patient can often cause secondary injury – sometimes worse than the initial injury. Lenify is divided into three pieces, allowing first responders to slide head, body and leg sections under the patient in turn, minimizing how much they have to adjust the patient. It is secured by a handle locking element. – Designer: Ta-Chin Lin 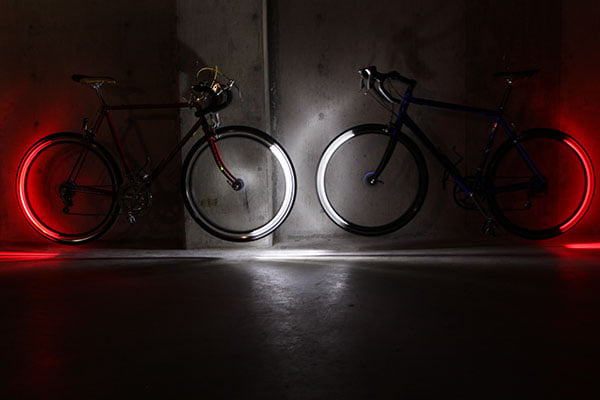 Revolights are a series of LED rings which are clipped onto a bike’s existing rims. The lights in the wheels are powered by hub-mounted lithium-ion battery packs. A fork-mounted magnet works with an integrated accelerometer, to determine when the lights should be illuminated. The result is that the front half of the front rim shines a brilliant white while the back half of the rear rim gives off a bright red glow. – Designer: Kent Frankovich 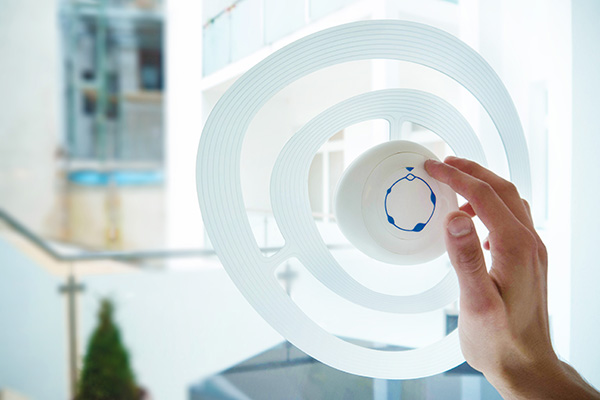 Sono is a device which can be fitted onto your window eliminating or cancelling certain sounds passing through. The tones are identified using concentric broadband antenna rings, it harvests the energy of electromagnetic noise and similar signals from the Wi-Fi. And in turn allows you to cancel or choose to hear specific tones through the window pane. – Designer: Rudolf Stefanich 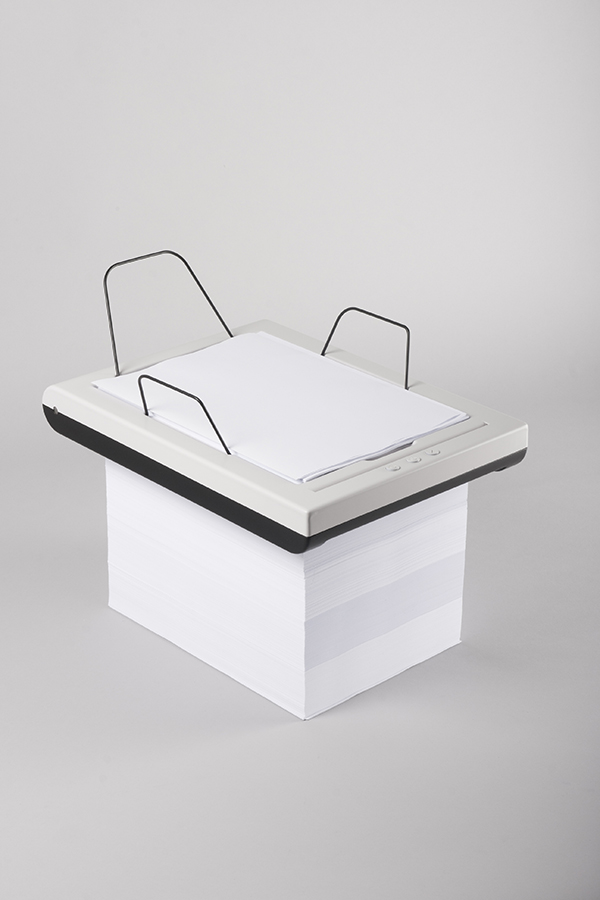 Stack is a compact inkjet printer, which is placed on top of a paper pile. When printing, “Stack” slowly moves downwards and swallows the pile until no paper is left. The paper disappears under the printer and exits on top, where it creates a new pile. – Designer: Mugi Yamamoto 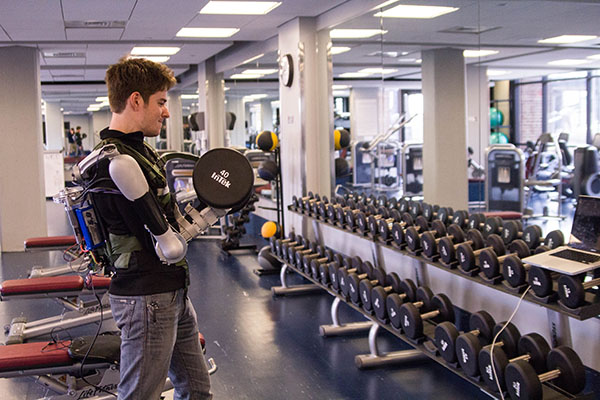 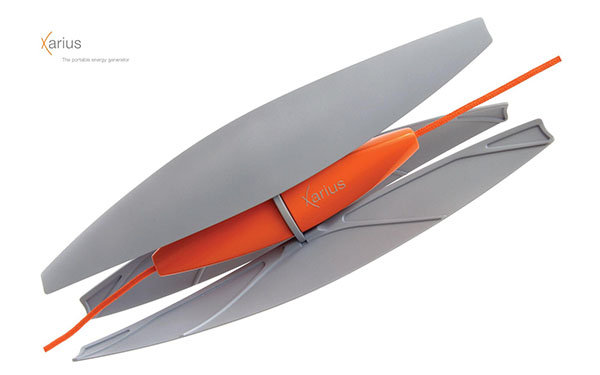 Xarius is a portable energy generator that allows the charging of electrical appliances using windpower – making it suitable for areas with limited access to mains electricity. It is composed of a foldable three-wing-system and an internal energy generator. – Designer: David Engelhorn

Shenzhen’s Maritime Museum is a hub of educational experiences that resemble a cluster of glass icebergs!

Oh, how I miss museums – those architectural hubs of knowledge that take you through decades-long history lessons, bring you up close to works of art, and introduce you…

Claim Fame & Fortune, Enter The A’ Design Award and Competition

A’ Design Award and Competition is looking for the best designs, design ideas, prototypes and finished products by talented designers, artists and architects to award…

We love it when you get creative and participate in events like the Electrolux Design Lab Pinterest ‘Work in Progress’ competition. Basically you had to…

Please give yourselves a pat on the back. I know the deadline was tight but you guys managed to pull thru and put together some…