The Early Bird entries for the 2014 Red Dot Awards: Product Design is now open until 6 December 2013. However this editorial is to inform you more about the 50 Free Registrations made available to young designers. The so-called “Red Dot Young Professionals Application Day” is round the bend and if you think you are ready to be the “king (or queen) of the world”, then earmark the 11th of December 2013. On this date, career-starters have 24 hours to apply for one out of 50 free registrations. 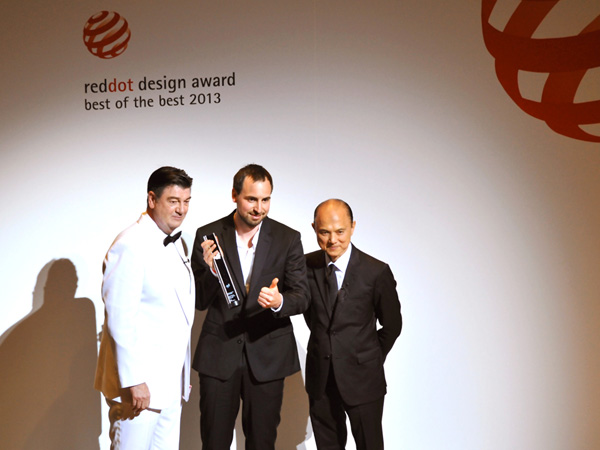 In a bid to support product designers who are still finding their feet, the “Red Dot Young Professionals Application Day” was born. Last year, designers from 30 countries grabbed their chance and applied for the 50 free registrations within 24 hours and nine of them convinced the jury with the design quality of their products.

Bernhard Elsaesser goes down in the Hall of Fame for being the second young professional in the history of the Red Dot to win the highest award in the competition: Red Dot: Best of the Best for the vase “The attitude of the definite – the square”. Sounds exciting!

To sum it up, you not only get a free entry, but also the chance of winning the highest honor!

Designers who have obtained their academic qualifications within the past five years, have 24 hours to apply via the Red Dot website for one of the free registrations. The participants of the promotion will be drawn randomly.

It seems only natural that Instagram, a purely visual social network, would be the perfect ‘battleground’ of sorts for a design competition. ExpoWanted, a design…

Listen up architects, designers, artists and the likes … WDR has announced the World Design Rankings! Covering the fields of Arts, Architecture and Design, and…

Several human activities are to blame for today’s climate crisis, including the burning of fossil fuels which release large amounts of harmful air pollutants, like…