The Citroën DS BiRotor is a hybrid concept that merges aerodynamic coupe styling with 4-door hatchback versatility to form the sportiest Citroën compact yet. It uses the latest in internal combustion and electric power for optimal fuel efficiency and immediate implementation to the current infrastructure. All that squeezed into a superlight carbon and aluminum modular chassis for optimal weight, rigidity and safety.

As for the tires, the Michelin Variable Response is designed to provide both perfect grip and fuel economy. The VR consists primarily of two carbon fiber covers pressed against each other holding the tire in place. The tire is made from a soft colored rubber and black vulcanized harder rubber surrounding it. The wheel features a servo motor that varies the width of the tire depending on weather conditions and driving demands. It works by expanding the rubber and shifting the gaps to direct water more efficiently. When the ground is dry, the tire closes to become flatter, bigger and harder, improving fuel economy .It will also respond to sudden and violent maneuvers in order to increase stability. The carbon covers keep weight low and allow the wheel to have a bigger diameter to cover larger distance with each rotation.

The power train is one-of-a-kind. It features a 600cc Wankel engine that produces 140hp mounted over the rear axle and connected to the rear wheels via CVT transmission. It also features two 30hp electric in-wheel motors at the front to improve performance and fuel economy. These are powered by a bank of supercapacitors that are recharged constantly by the engine. The onboard computer manages the power delivery according to the driver’s demands, being able to function as a fully electric vehicle without the need of batteries or recharging. The typical disadvantage of the Wankel engine, such as lower pressure and oil consumption are rectified by the use of a turbocharger, organic biodegradable oil and hydrogen-on-demand system. The latter uses a water tank and stainless steel plates to generate hydrogen gas and injects it into the engine to improve combustion and lower emissions. 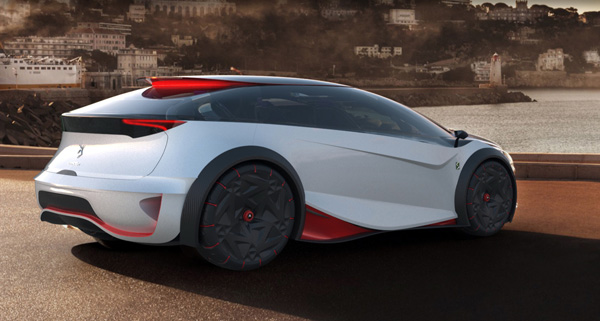 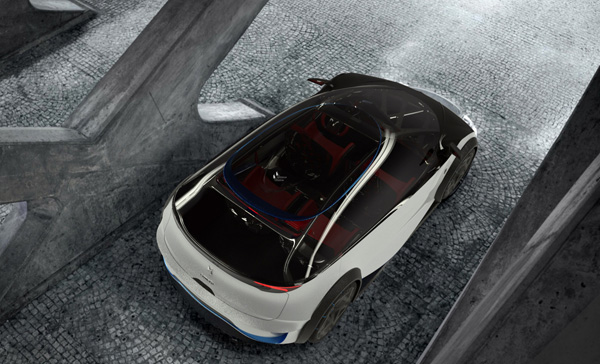 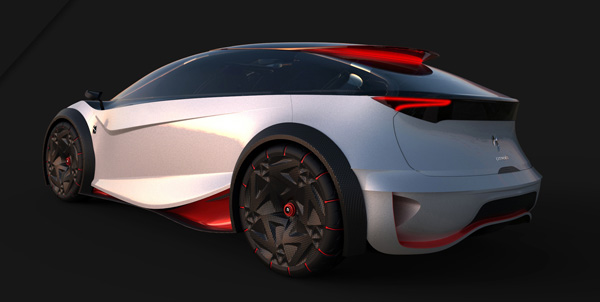 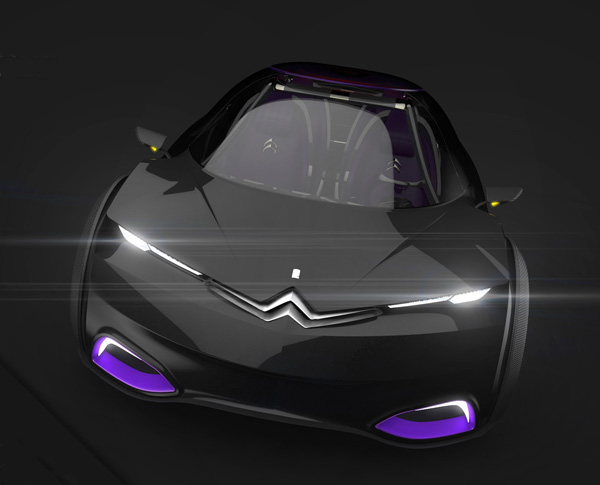 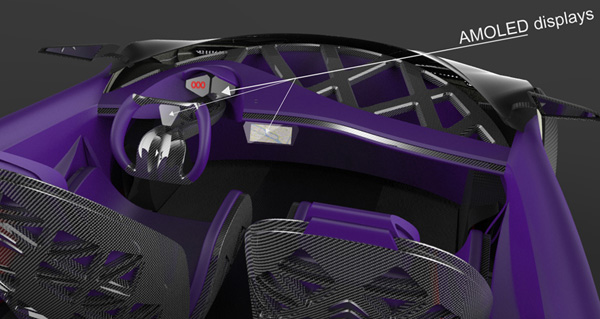 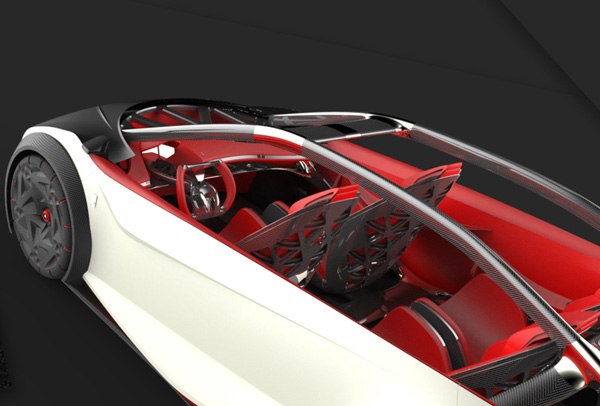 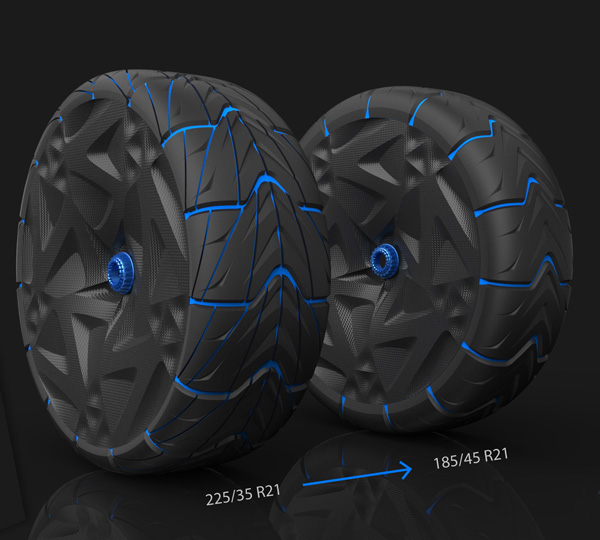 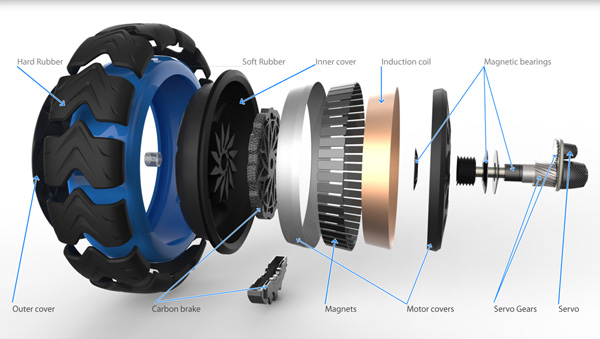 Sangwoo Lee’s VW Optism concept finds inspiration from optical art, a style that makes visual kinetics through optical illusion. Depending on the viewers perspective, the surface…

Air Guitar Move Over, I Got The Real Drums To Compete

Oh how I envied Phil Collins when he sat behind the drums, crooning so sensually while his hands never missed a beat with the sticks! You…

The Saline Airstream, designed for Les Triplettes de Bonneville, has all the markings of French peculiarity and boldness. The raw, utilitarian, stripped-down appearance has more than…

Despite its agro name, the Volkswagen Interceptor is actually a friendlier take on futuristic patrol cars. Compared to other unnecessarily intimidating vehicles, this petit police car…