The traditional door catch is still being used in many countries. Although simple to use, the design has two major flaws. Because of its orientation, the catch tends to get in the way and hurt people and as a result, it bends and gets deformed. The simple solution is to change the vertical hinge to a 45° angle. This ways the moving latch hangs down flush with the door (thanks to gravity) and doesn’t come in the way. And like the design team puts it, “Safety is ensured and the lifespan of the latch is extended.” 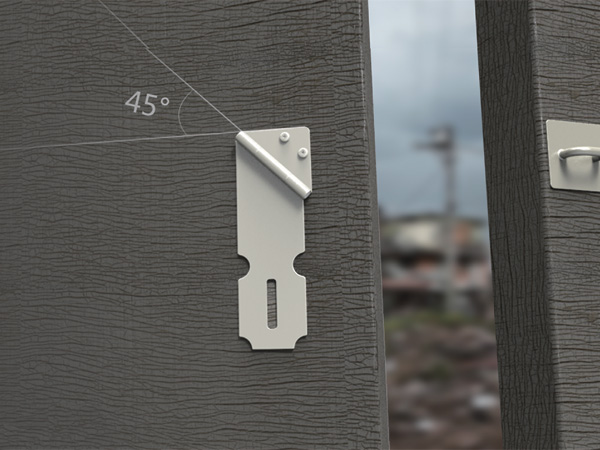 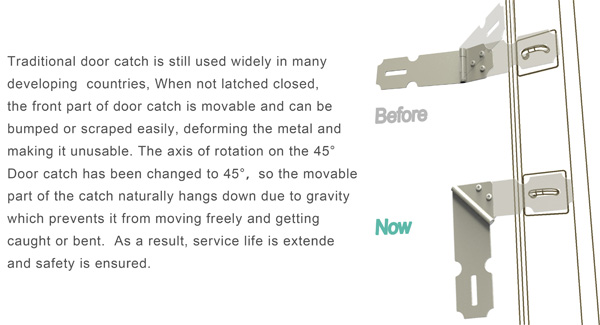 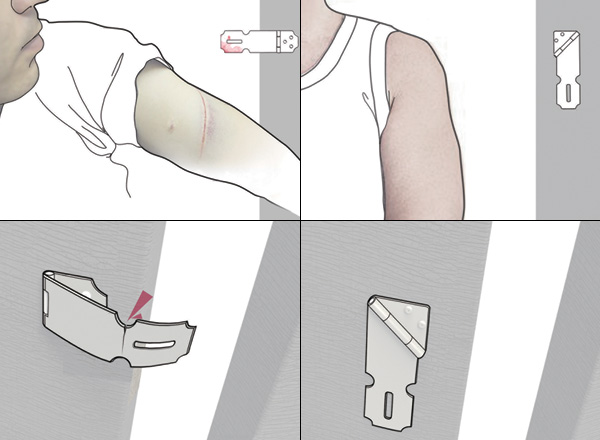 Literally… Granny’s got mad steez in this sexy modern rocker! Characterized by it’s oversized curvilinear form, each part is hand-shaped and seamlessly bound to create…

This detailed furniture’s modular design is the perfect canvas to display any exhibit!

Furniture designs are dedicated to being indoors or outdoors, but rarely is it that one versatile piece of furniture can be taken from home to…