The Square Funnel is a redesign of the typical kitchen aid that is used to transfer and pour liquids in a small-mouthed bottle. A research done by the designers showed that round funnels took a longer time to drain the liquid. The square funnel increases the speed of the liquid draining into the bottle considerably and it prevents an overspill too. In layman’s terms, the physics involved allows the quadrate funnel to control the inequalities in the change of air pressure inside and outside the bottle; thus enabling a swift transfer of liquids. 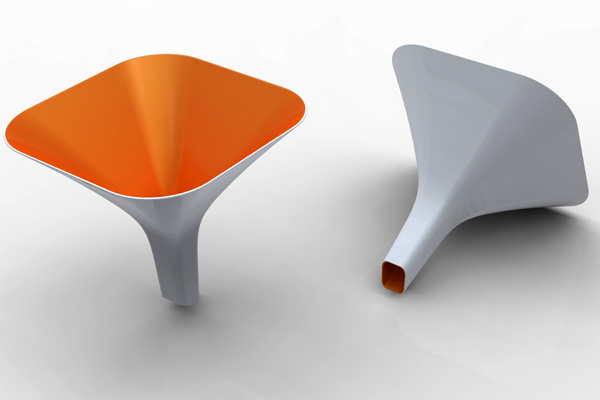 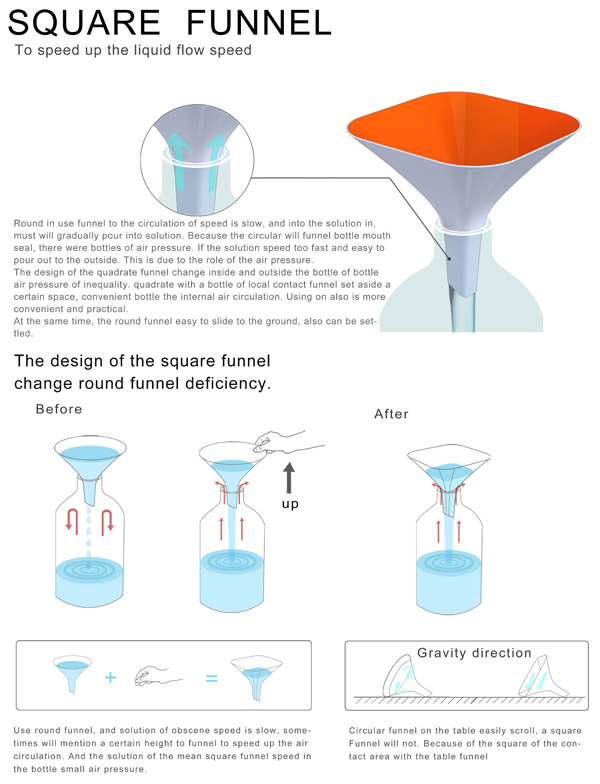 https://www.kickstarter.com/projects/caswellknives/caswell-morphing-karambit-premium-utility-knife The way Caswell’s Morphing Karambit knife opens and closes is a thing of sheer beauty. It uses a parallel motion linkage, as opposed to…

Vmo is quite a clever way of combining Voice Memos with QR Codes and Smartphones. Basically its a way to mark and capture data, be…

The Lean on Me series of furniture by TSCHUS studio (a team of really cute designers I might add!) aims to challenge the user to…