The problem of ocean oil pollution is a serious threat to the natural environment and its wildlife that often proves too much for people to handle alone if not overlooked altogether. The Bio-Cleaner system is an autonomous solution that incorporates a variety of pollution fighting tools like biodegredating bacteria and acoustic alarms that aim to keep marine animals out of harms way while cleaning up the spill.

The system uses biosensor technology to track the flow of oil and follows the spill while simultaneously releasing bacteria to degrade the pollutant, thereby streamlining the cleanup process and preventing the pollution from spreading further. During the entire process, the device transmits high frequency acoustic waves that discourage fish and other animals from entering the polluted area. 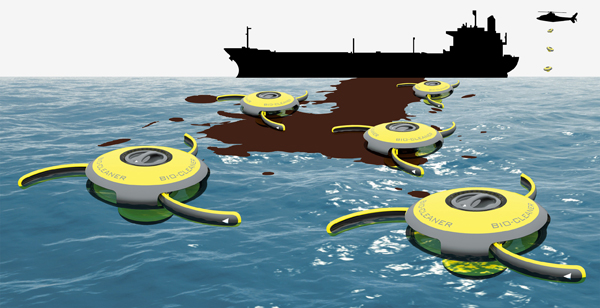 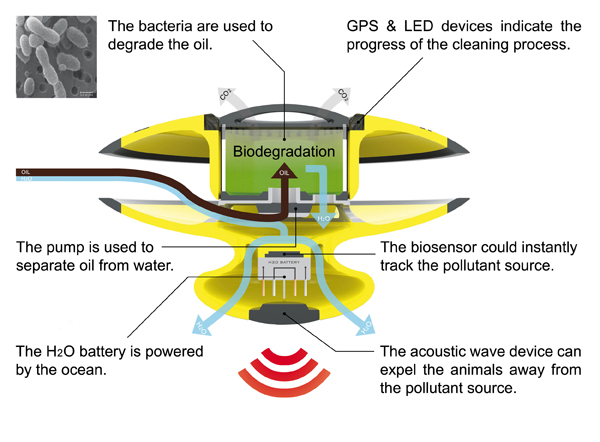 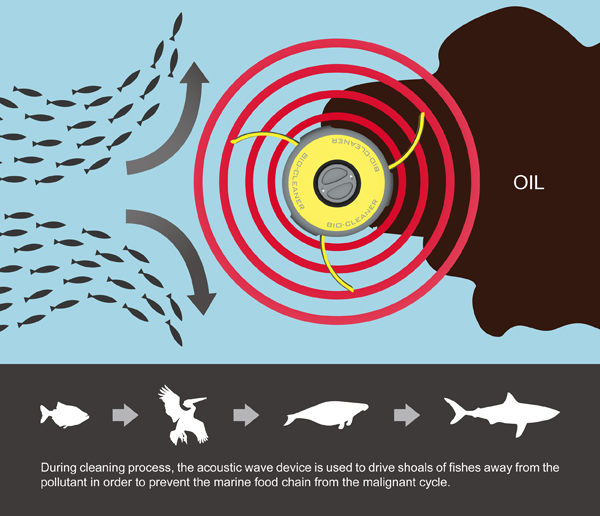 Living a sustainable and eco-conscious life in today’s crumbling world has become imperative! And, architects are trying their level best to create structures that reduce…