That’s a “Playlist Player,” made by designer Martin Skelly to bring the digital back to the roots of the tree, the vinyl record. I’m not going to sit here and tell you how much better vinyl sounds than other music, or how much more awesome records are than anything else. You already know that! What Martin Skelly is here to tell you is – listen to your music start to finish, in a record player setting, with the ability to spill beer on it. That is the gosh-honest truth, for real!

In the words given to us at YD, Martin Skelly lets us know specifically that this project is “based on the rich interactions of vinyl records and turns digital playlists into physical objects that you can touch, treasure, drop, lose or spill beer on.” This is awesome.

What this project actually is composed of is a (special) record player and five different color covered records, also of a special nature. Playlists of music are made by you on your computer, (Skelly suggests iTunes,) they are synced to the player with a memory stick, and are then ready to play. Each record represents a playlist. As the record is placed on the box, so too is the corresponding list ready to play.

Here’s where it gets weird or awesome, depending on your specific political view on how music should be listened to. When the music plays, a band of light can be seen emitting from the box and through the translucent record. The light advances from the outer rim toward the middle of the record, just like a pin would playing a real bit of vinyl. This light, however, represents the time left on the list rather than the track being played. Also the light shows you where you are, but the temptation to skip tracks, fast forward, or rewind, are eliminated by the lack of being able to do so. The idea is that just like a record, there are less distractions from the music due to the lack of ease in changing tracks.

Wild enough for you?

Definitely TRON-approved, in my book I’d say. Martin Skelly himself decrees the design reference to be “retro professional” and the materials to be “reminiscent of Seventies hi-fi design.” Spot on, good chap.

Keep them wheels a spinnin. 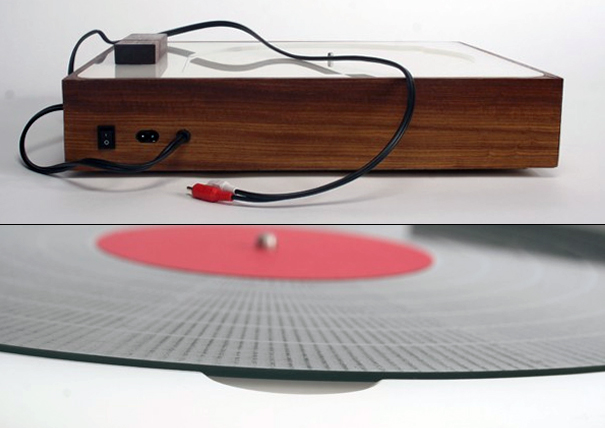 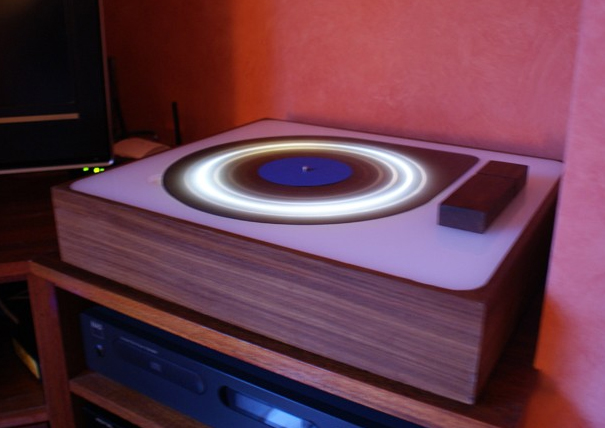 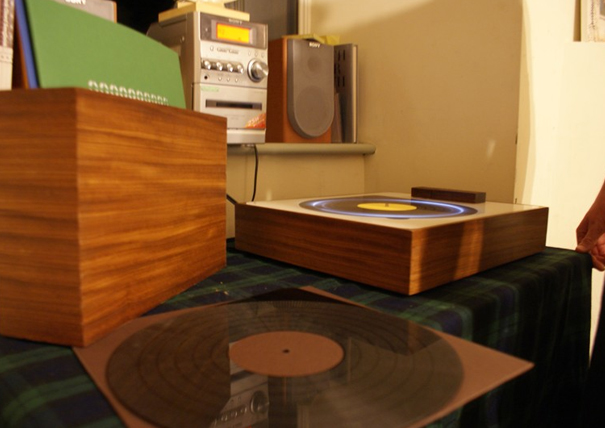 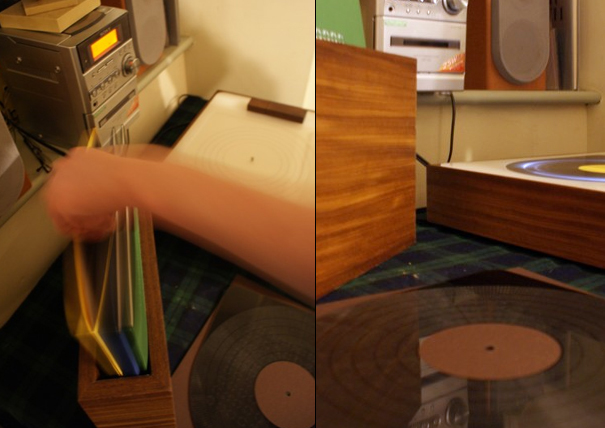 Does your speaker drive burglars away?

After getting into a fight with mainly his entire family, Kevin McCallister got sent to the third floor of the house by his mom and…

EarPlay is a set of headphones that integrate an MP3 player into the body. Ot imports music in through the 3.5mm jack or USB ports….

This Storage System Operates With Suction And Can Be Used On Any Surface!

It can be extremely difficult to optimize kitchen storage space. Whether you’re in an efficient studio’s kitchenette or a spacious, open-plan chef’s playground, sometimes the…

iN.cline is a sculptural audio object that’s as functional as it is funky. The playful form allows the user to rotate the single directional speaker…