How much do you appreciate the photos you have? The videos you’ve filmed yourself? How about your collection of old smells? What do you mean they don’t have that!? I’ll tell you who has that: Kawamura Ganjavian. In his design, the “Scenter,” Ganjavian owns smell. How else do you plan on keeping the smells you’ve grown accustomed to once you can’t go to the places where you smelled the smells? You gotta have little jars, and in the jars, big smells.

Concentrated personal fragrances stored inside compact cartridges, released through the nozzle of your Scenter upon pressing the bellows.

Right into your nose.

Right into your brain.

The closest thing I’ve got to this now, me, is an old Batman wallet. It’s a wallet that I found one time at a garage sale my mother and father were hosting (aka, someone had lost it while shopping.) I couldn’t find the person who it belonged to, so it belonged to me. At that time, I’d started collecting comics. Incidentally, after I was done collecting comics, I quit using the wallet. I kept the wallet in a drawer for many years and forgot it. After many years, I found it, opened the wallet to see if anything was inside – and there was – that smell of comics. Comic shop smell. Real deal. 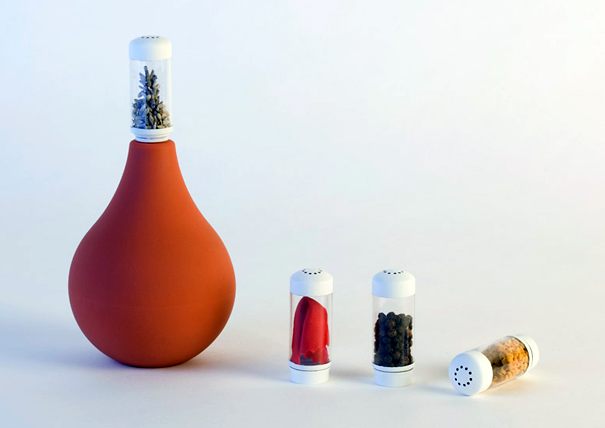 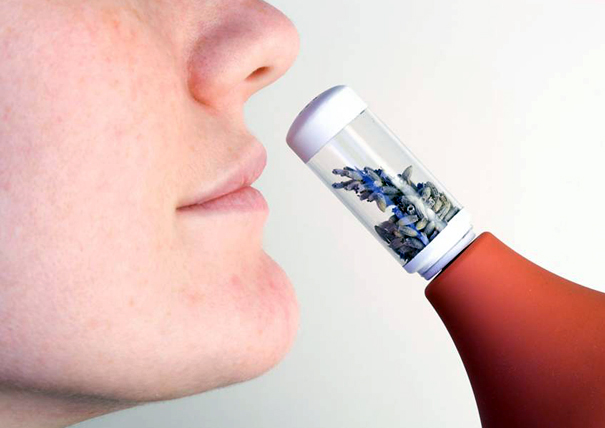 Did you ever imagine an electric scooter made out of wood? I didn’t but it feels like something Geppetto would make if he was in…

OK, show of cursors, who here when thinking of big trucks (not SUVs) thinks of Volvo? Anyone? Anyone? Ok, you two in the Swedish diner..now…

Thanks to the recent pandemic, air purifiers have become more popular and more common inside homes. Most of these come in tall boxes or cylinders…

You Been Dunkin’ Long? Nice Cap.

So you’ve got a mess of a tray there, coffee commuter. You look like you’re in the mood for a better top. Small innovations for…