Hate to admit this but auto rickshaw meter tampering in India is quite common. The drivers get away with their devious plan because the current meter calculates fare based on the rotations of the wheel of the vehicle. This system can be easily tampered with; hence a lot of us end up getting duped! The A-Rix hopes to solve this problem by offering a tamper-proof device that calculates fare with the help of a GPS Chip.

The way it works is that GPS Navi system is used to calculate the fare. But a major drawback I foresee is that town planning is very poor in most cities where autos ply. This could hamper accurate calculation. Moreover, traffic is such a major concern that it may not be feasible to calculate fare merely based on distances. Traffic snarls = fuel wastage. Lastly GPS navigation is nascent in India, and our auto drivers are known to protest / strike / oppose any legitimate changes that ensure transparency!

I reckon A-Rix would do better in any other country!

UPDATE: A slight clarification on the A-Rix’s working by the designer. The GPS doesn’t calculate the fare in advance. When the meter is started, it records the starting position and then every 1 s finds out current coordinates. It can then measure distance between two consecutive points and a summation of those will give the total distance traveled. It calculates distance in real time, hence it is not dependent on town planning or destination coordinates. 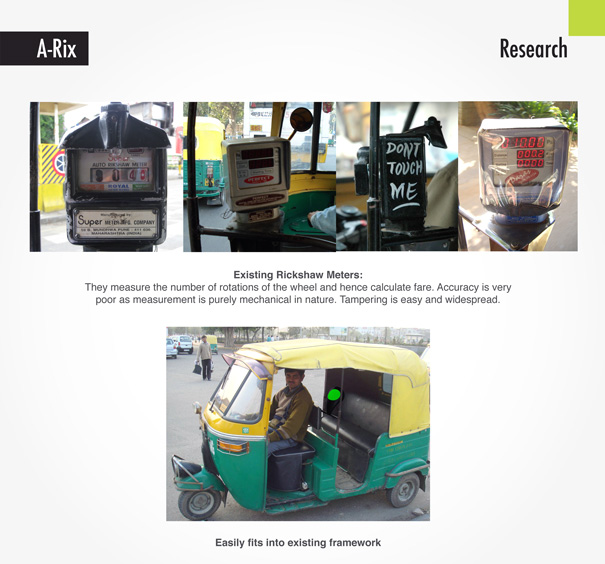 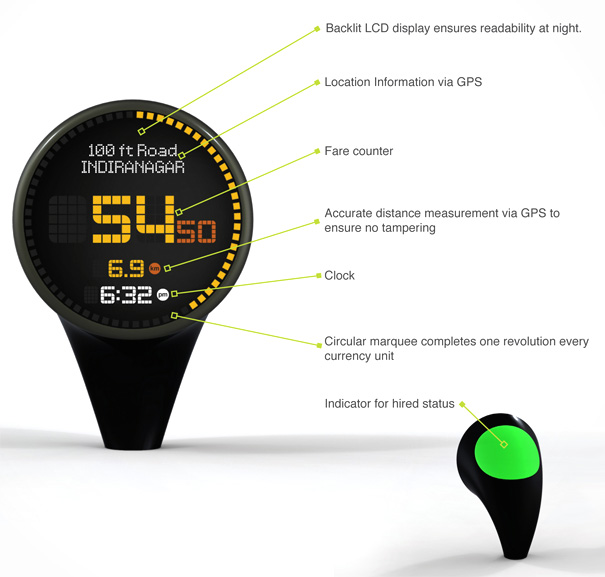 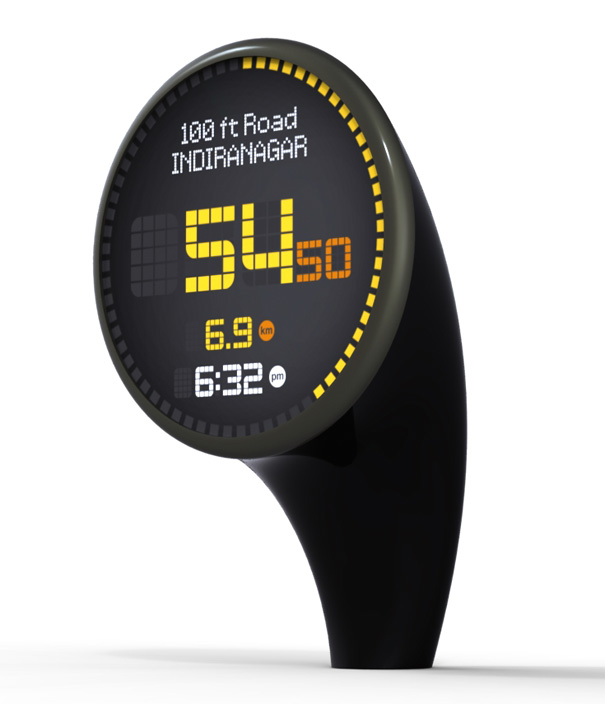 Cushion Love for the iPad

With the iPad getting sleeker and sexier, new concept accessories welcoming it have started to emerge. Take for example, the Padpoint, a lovable cushion kinda…

Furniture For Your Plant Friends

There’s nothing that will bring a little life (literally) to your dwelling faster than a plant or two (or three, or four, or fifty!). However,…

Mix is a smart appliance that comes loaded with a whole lot of recipes. Essentially the database makes it smart enough to calculate just how…

Get you a speaker that can do both

There seems to be a certain redundancy in the audio industry. People buy and own two products that do the same thing. An external speaker…