And when I say Frequents you know I mean frequent fliers. People who make it their business to fly around the nation or around the world to do business, people who’ve got to move their body and their mind from flight to flight. The current layover situation for these people in most places in the world is just not that great. Designer Roger Kellenberger hopes to remedy that in a big, circular way.

This is the Obsideon option. It’s a design made for the war-weary traveler, the business person who has just got to set their stuff somewhere safe and have a nice sit.

Your boarding pass is your key. By only holding your ticket up to an Obsideon refuge. Each pod guarantees privacy with it’s dimming and closing abilities. Once inside, the user can access flight information, changes and delays. An alarm can be set for the traveler who wishes to catch a bit of shut-eye. Each pod has enough room to store the travelers carry-on luggage. Made mainly of wood. 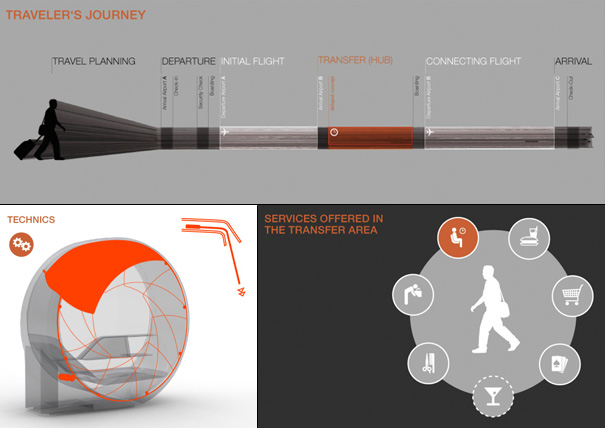 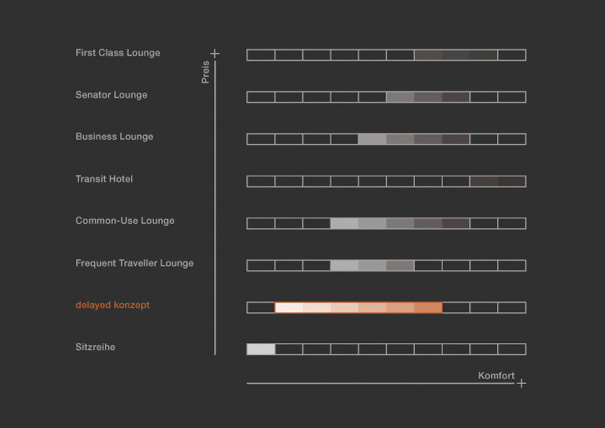 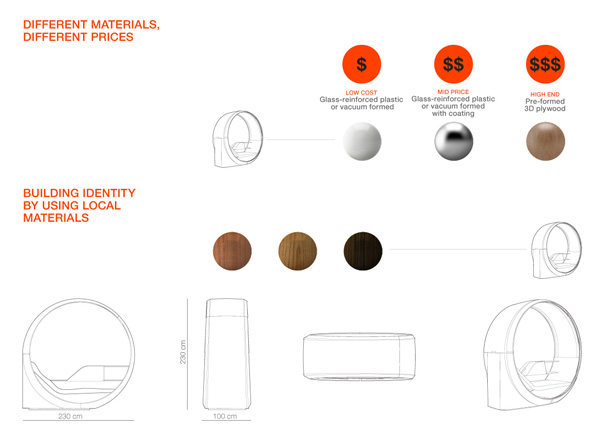 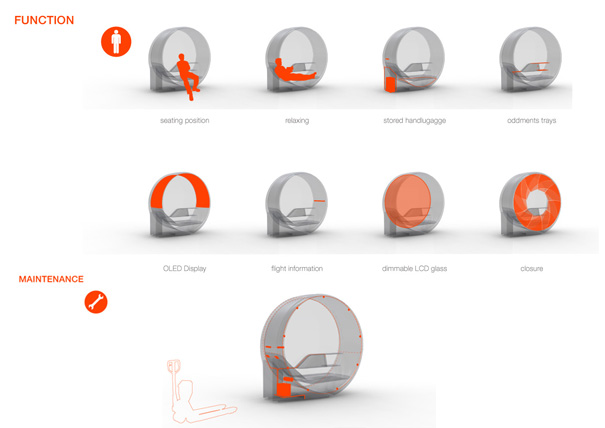 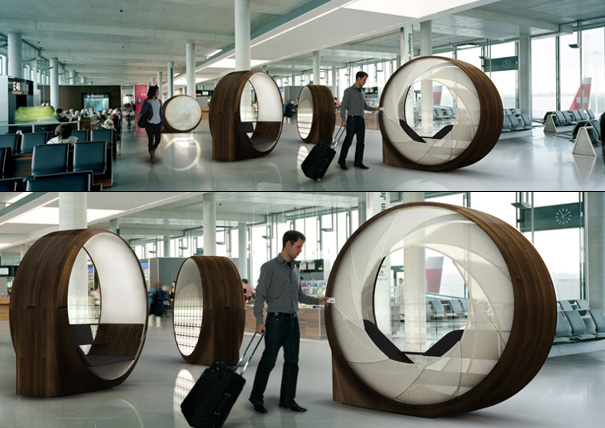 This folding chair is inspired by origami and can be literally hung like clothes on a hanger!

Chair designs are the first category designers are told to explore because it is simple and yet the smallest of tweaks can make it innovative….