One of the most popular build-your-own toys on earth is, and has been for years and years, Lego. Here at Yanko Design we’ve mentioned Lego a few times, but not any time recently have we had a post about something made almost exclusively OUT OF legos. Astounding! This lovely chandelier breaks that trend with incredible classiness for a kids toy made of plastic.

This particular piece was made to appear at home in a Victorian-era building, yet give the “youth and vigor” of a contemporary clientele. What better way than with Lego?

Next time I suggest molding a chandelier out of candy. I’ve seen it done! One time a local band named Brother and Sister had a guitar molded out of hard sugar candy. Each time “Brother” played a solo, he encouraged people to come up and take a taste of the wicked rock and roll! 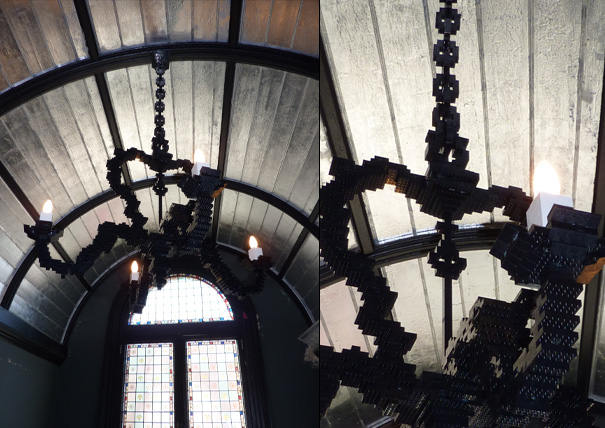 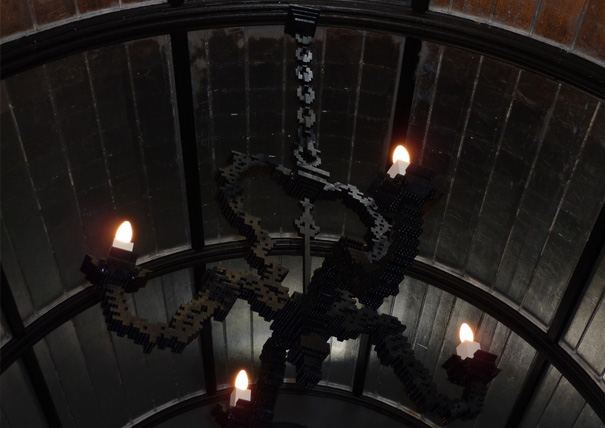 If you looked at Ronny Buarøy’s Fire Of Dragon lamp and instantly felt it resembled a dragon egg from The Game Of Thrones, rest assured…

The chair is about the connection between physical movement and you visual perception of it. The light in the chair is activated directly by the…

There’s something very intuitive and interactive about the way the Time Machine Table Lamp is designed. Made to look like an hourglass, the lamp features…

The beautiful Light Bird looks enchanting in full bloom, absorbing the solar goodness from the sun. Storing the power for a rainy day – meaning…