Hello there! I want to tell you about the thing called “collective conscious”: It’s a theory which says we (humans) all share, on some level, the same databank of knowledge, learning and creating together. Keeping that in mind, take a look at this, Seon-Keun Park’s braille-central phone: the second universally accessible phone we’ve discovered here on Yanko in so many weeks!

Right after (or right before) you take a peek at this design, be sure to check out the version that Seunghan Song designed. Compare and contrast! Then look at this! It’s got raised and lowered portions to create braille using what’s called Electric Active Plastic (EAP!) Several different modes can be activated: text, braille numbers, roman-character numbers, and off (all lowered.)

It can send and receive phone calls and texts, displaying texts in braille in the space normally reserved for a screen on the average phone. 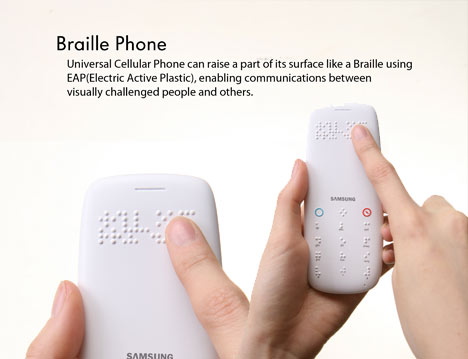 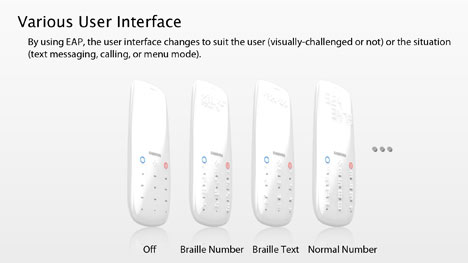 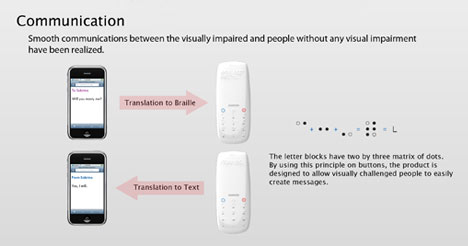 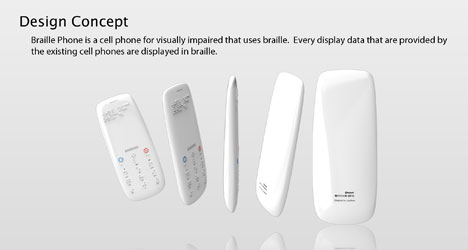 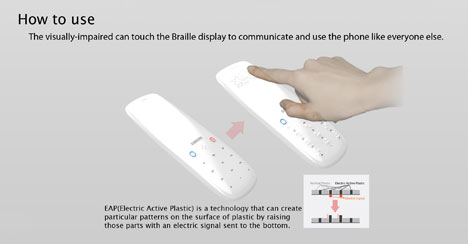 It’s 2018 and plugging phones into wall-sockets is finally old-school. The new solution? Docks. Wireless or not, a dock looks much classier than a bunch…

AI-enabled designs to make your day to day life easier

Artificial Intelligence has catapulted in recent years, and the advancements being made in this field make me feel as if it won’t be long before we…

Relive your memories with this unique gadget that transforms your favorite pictures into scents!

The photo gallery of my iPhone is jampacked with pictures that go all the way back to 2013! These are the prized documented memories of…

Blackberry’s new concept phone is perfect for their target audience

The Blackberry has always maintained its reputation of being the ideal businessman’s phone. It’s handy and useful, comes with all the apps you need to…