When you read facts like there are about 10,000,000 bacteria living on a single toothbrush and toothbrushes must be kept at least 6 feet (two meters) away from a toilet to avoid airborne particles resulting from the flush; you wanna re-think your oral hygiene options. Sanitizing toothbrushes is a way, and something like the Ultra Violet Sterilized Toothbrush System fits in. It consists of a UV base that sterilizes the brush once placed in the housing.

The base is an expandable one that can host 2-4 UV pods (for each brush) and plugs into the shaver socket commonly found in bathrooms. The brushes have a color coded band and the heads are replaceable, so discard them and use a fresh one after every few months.

Here are some random Toothbrush facts that you may/may not have known: 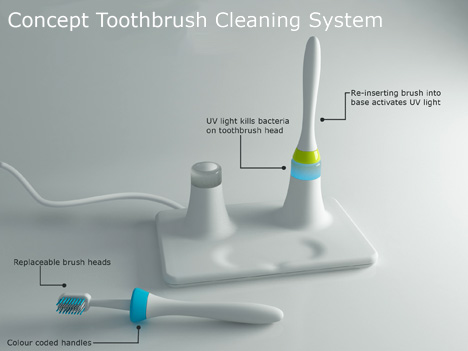 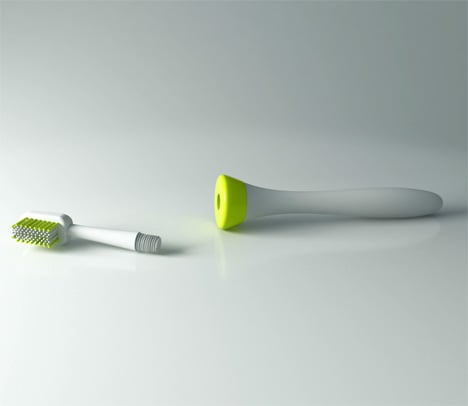 Safer With The City Firefly

Designed as a bicycle chain lock system, the City Firefly doubles up as a safety gear for cyclists. Blending fashion with functionality is clever and…

A Phone that Probably Won’t Have Updates

The smartphone market has always been a tough battle, not for the faint-hearted. Microsoft has never been the strongest in that battle, unfortunately – with…

This project is all about quitting smoking. I suppose it doesn’t just have to be tobacco, but that’s the most dangerous LEGAL drug in smoke…