The bike is up, then the bike is down. You sit on the bike upright in the city, then set it down to cruise in the suburbs. It’s intuitive. It’s wild. It’s a thesis project. It’s got a video to go with it. It’s already mocked up. The final version will have a battery and hubmotor for a little kick in the pants. Environmentally friendly city and country transportation in one bike.

Each frame is adjusted to the weight of the rider. The rider may ride in either mode forever, but if the rider wants to switch from one position to another, they’ve just to push the locking lever and lean forward or backward. The rider may change positions while continuing to ride the bike.

Info on the mockup movie, below:

This is the proof of concept mockup for a commuter bike with variable frame as part of the diploma thesis of the product-designers daniel knüpfer and stefan wallmann at anhalt university, dessau in mai 2008. In the concept, the frame can be locked by a lever on the handlebar, that feature is missing in the mockup. Also, the springs that help bringing the rider in an upright position need to be adjusted to the riders weight to balance the frame (making it possible to switch positions while leaning back or forth). these springs are too weak in this prototype, therefore the riders in the video need to push the backrest a little bit. only a very lightweight rider managed to bring himself up by simply leaning forward. 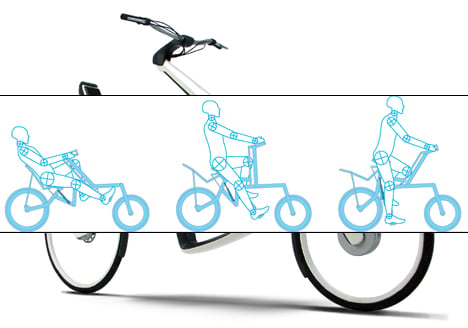 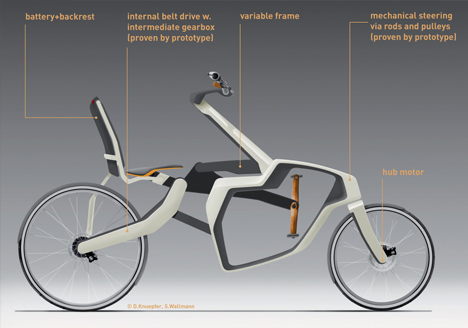 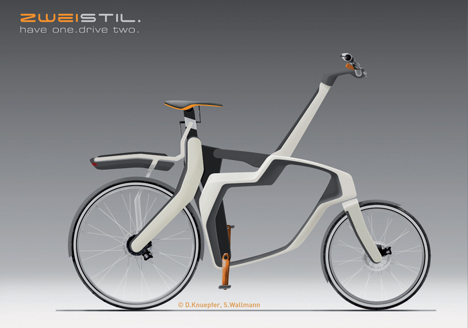 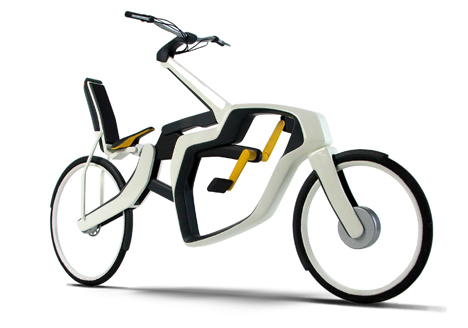 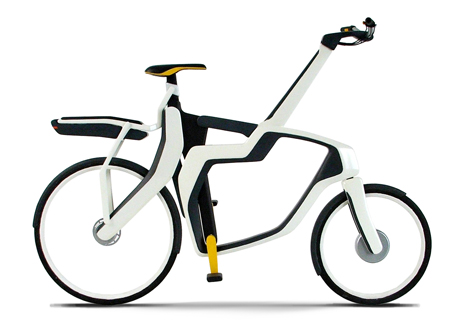 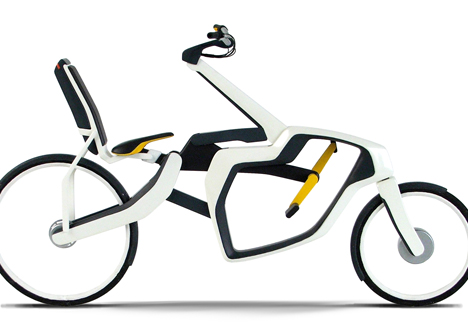 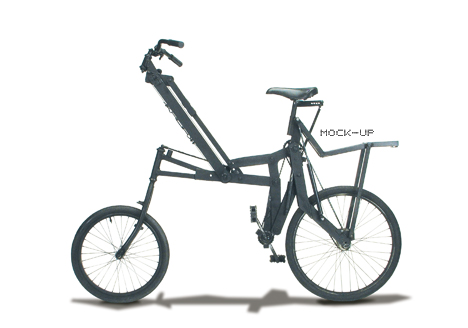 This is the real deal in modern wild design. This is the “Plug-In” affordable youth mobility project by Ramesh Gound. According to Gound, there is…

Rolls-Royce’s wants their flying cars to conquer the skies

It seems like a sort of misnomer to have a Rolls-Royce that doesn’t… um, roll. But it’s a known fact that the luxury automotive company…

A Trike for Urban Trekking

From the same designer as the EQUAL EV comes an e-trike that looks nothing short of the EQUAL’s smaller cousin! Called Urbis, the trike is…

While our ultimate goal as a species is to prevent sea levels from rising and drowning civilizations, there is a slight concern about how we…